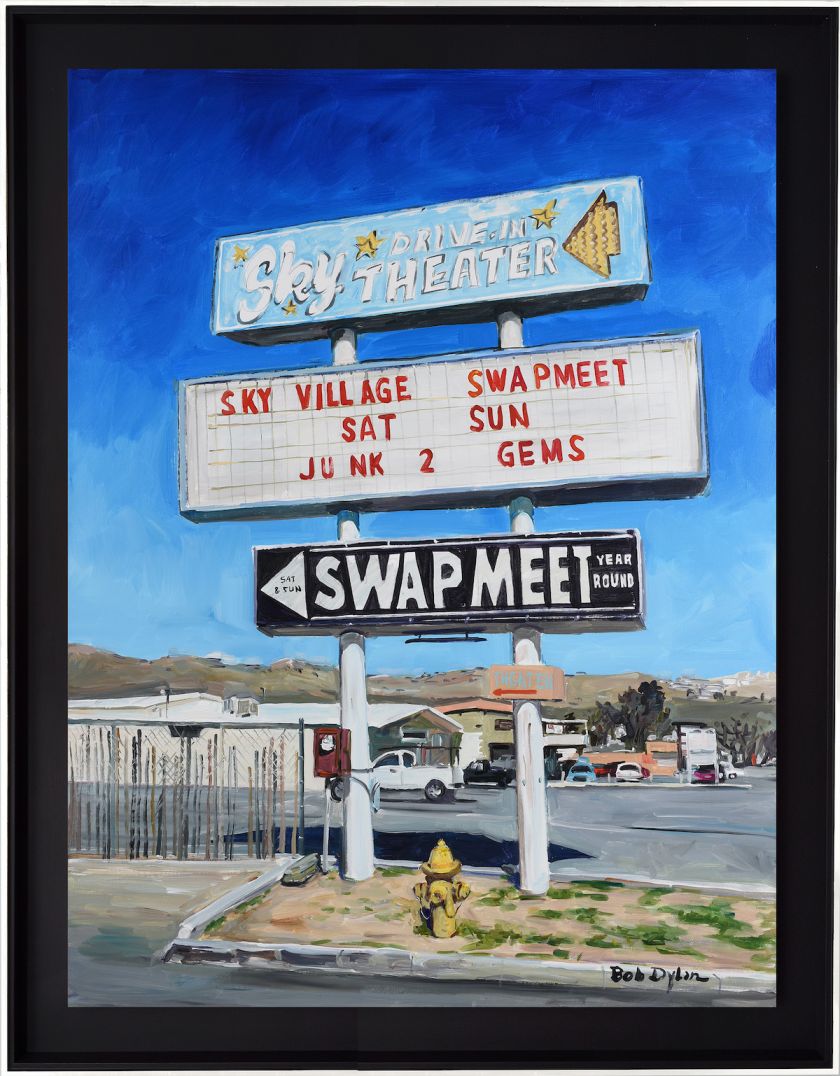 Marking Bob Dylan’s 80th birthday, London gallery Halcyon is showcasing a number of his paintings, including never-seen-before figurative works that he painted during lockdown.

The show, titled Bob Dylan: 60 Years of Creating, “celebrates the artistic career and profound cultural impact of this creative icon,” according to the gallery.

The exhibition “celebrates the artistic career and profound cultural impact of this creative icon,” including never-seen-before figurative works painted by Dylan in lockdown in 2020-21. 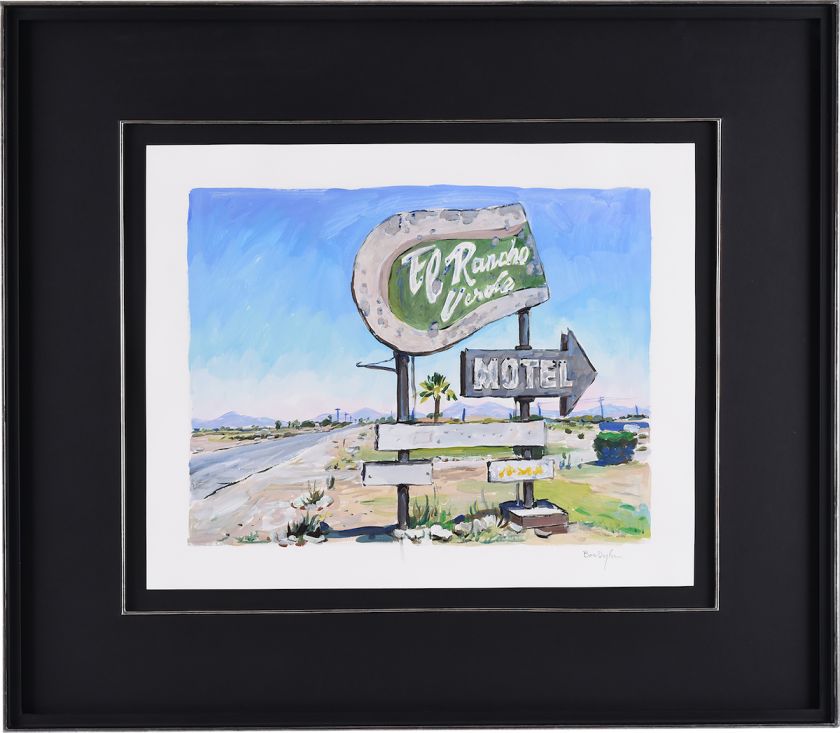 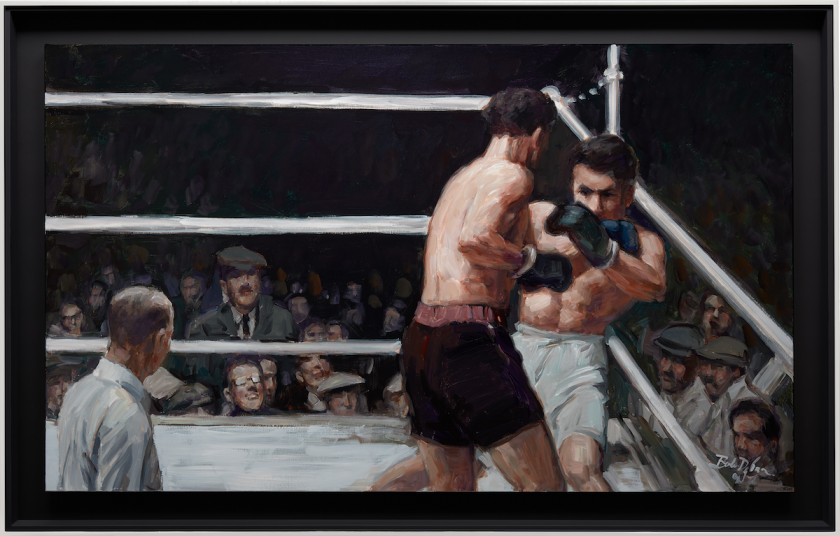 Alongside Dylan’s original paintings, the gallery is showcasing silkscreen prints and ironwork sculptures. It also showcases lyrics and drawings from the Mondo Scripto series, Dylan’s selection of his most renowned lyrics handwritten in pen on paper and accompanied by a pencil drawing. In Mondo Scripto, Dylan often changes his lyrics, sometimes just tweaking a few lines, and in others, presenting completely rewritten verses.

The show opened to mark Dylan’s 80th birthday on 24 May 2021. The exhibition highlights his six-decade career in both music, writing and visual art. His newest works, created in the 2020-2021 lockdowns, have seen Dylan approach the American landscape “with a renewed and profound consideration of its people,” as the gallery puts it. 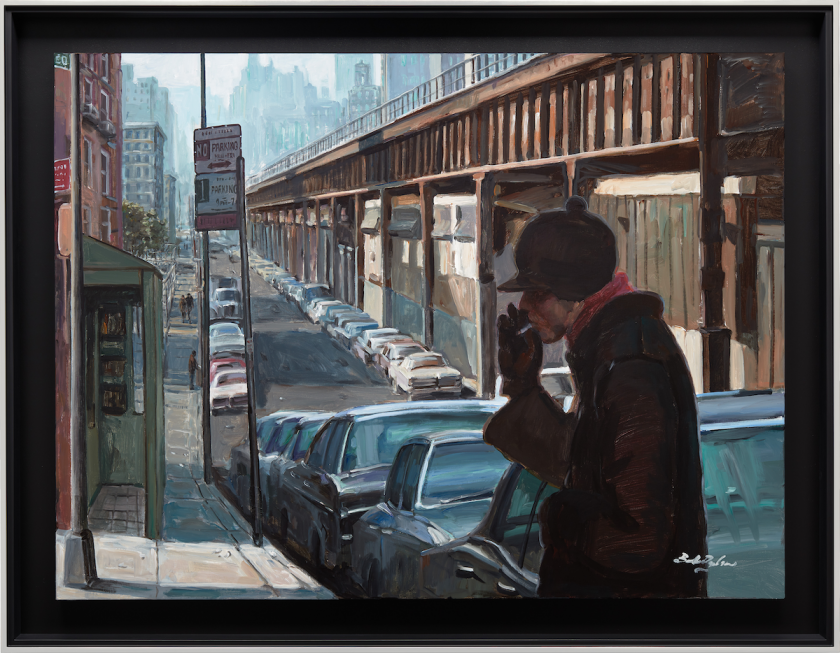 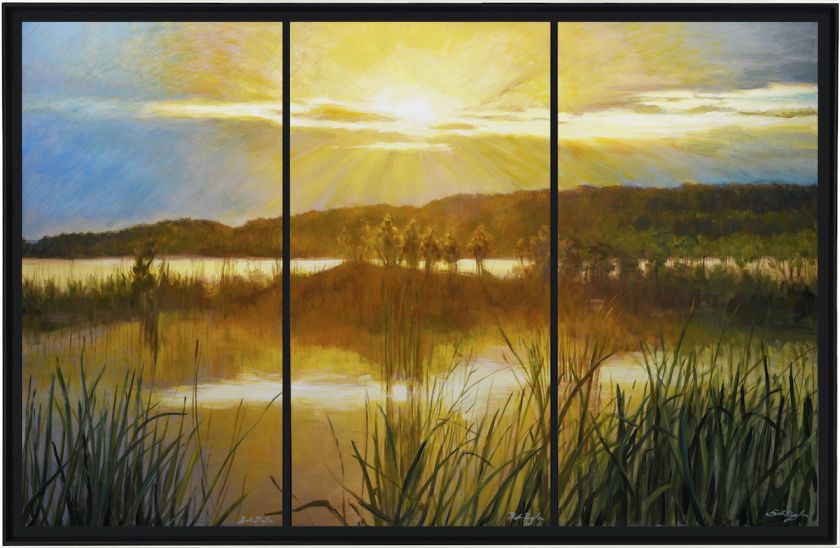 Works in the show include the never-before-seen Subway Cityscape Triptych (2020). Standing at more than 1.8 metres high by 2.7 metres wide, the piece is seen as a monumental tribute to New York, where he birthed his music career back in the early 1960s.

Dylan has produced five major series of paintings since his first gallery exhibition in 2007. The first of these, The Drawn Blank Series, was based on drawings he created on tour in the late 1980s. These works are characterised by bold colours, loose brushstrokes, and occasionally surreal-leaning takes on perspective. 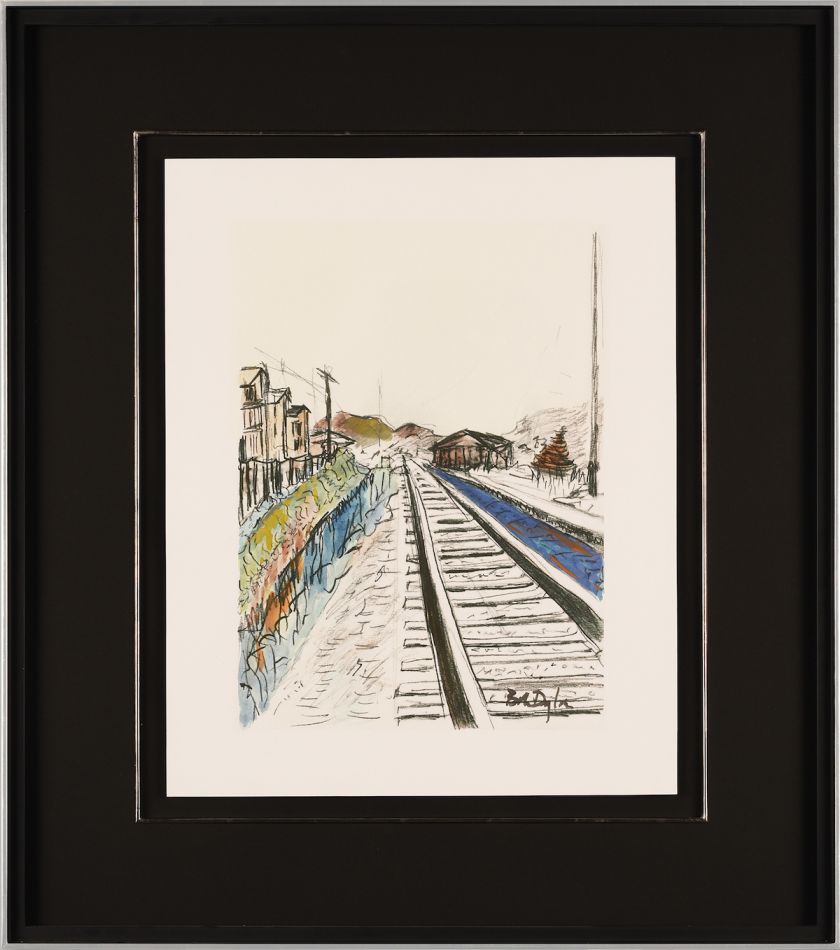 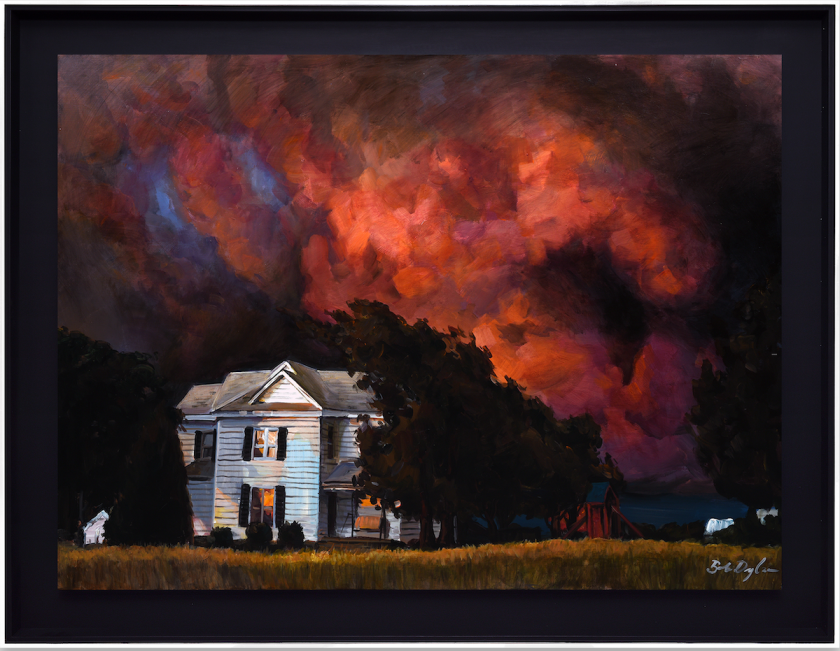 In 2010, Dylan created The Brazil Series, which was followed by The Asia Series in 2011 and The New Orleans Series in 2013. These works all draw from Dylan’s life, reproduced from memories and archival film and photography, with the artist looking to a range of influences from European modernism and contemporary art in terms of style.

Dylan’s sculptural works are inspired by his childhood surrounded by industry in an area known as the ‘Iron Range’. His pieces use reclaimed gates, screens, furniture and wall hangings and give them a new function that retains the rawness and the history of their origins. Dylan’s pieces see the gates crafted to contain symbols, jokes and allusions. 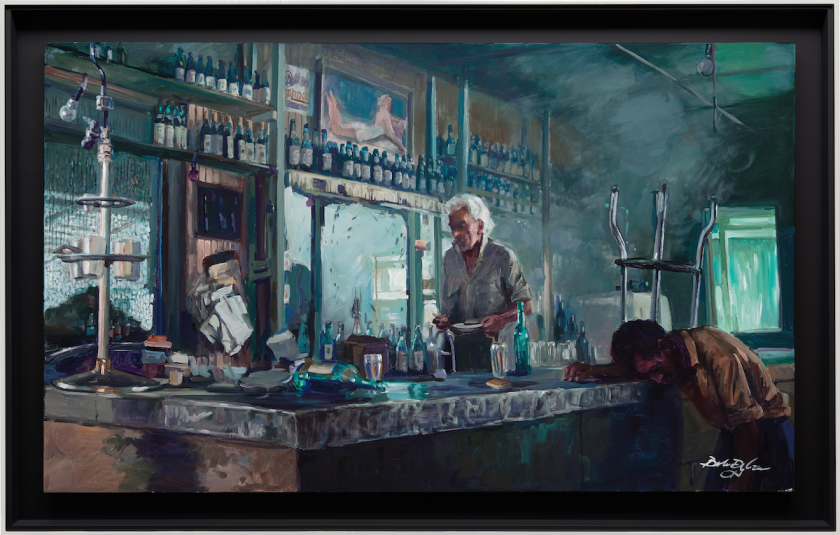