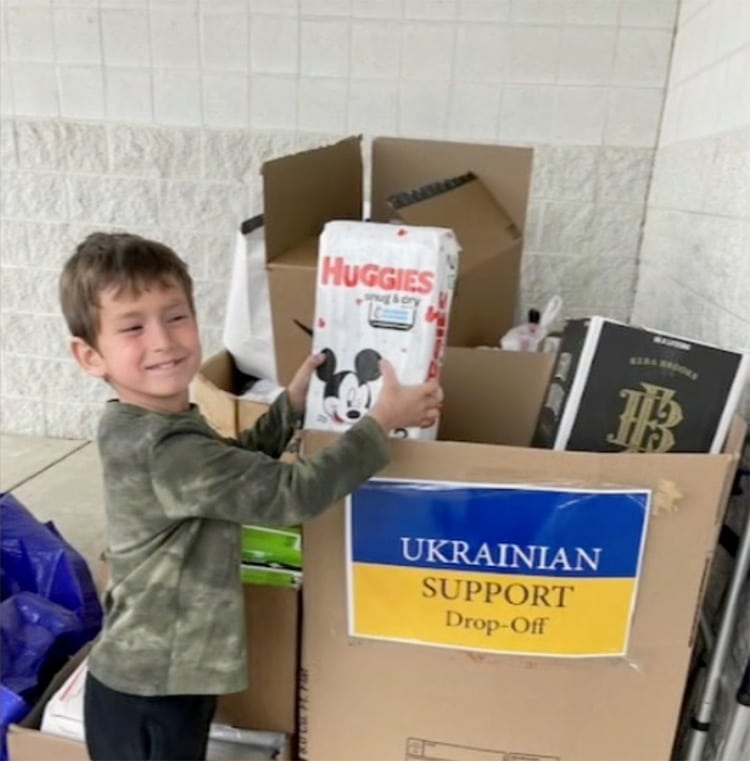 Walt Disney World is one of those places that kids dream of, and Nicholas Perrin is no different. For more than two years, the 7-year-old out of Bucks County, Pennsylvania, had been looking forward to his trip. He even saved $250 for the occasion. But that all changed when he learned about the Russian invasion of Ukraine. After hearing stories of families who were forced to leave their homes, Perrin asked his mom if he could donate his Disney savings to the children who really needed it.

Perrin first learned about the outreach effort for war victims while he was at church. He then told his mom he wanted to help Ukrainian children get new toys. His reasoning was simple: “Because they aren’t at home anymore.” His family donated his $250, plus supplies, through the Christan Life Center in Bensalem, Pennsylvania. The money will go to the Convoy of Hope Ukraine, a faith-based organization that has a passion to “feed the world children’s feeding initiatives, community outreach, and disaster response.”

Perrin has not given up his original dream of Walt Disney World, though. He’s started saving again for his big trip.

When 7-year-old Nicholas Perrin learned of the Russian invasion of Ukraine, he decided to donate his Walt Disney World savings—$250—to the Ukrainian children in need. Watch an interview with him: