has overhauled the branding for Kraft Heinz’ dairy brand Breakstone’s, aiming to create a more modern look. The agency worked across the brand’s identity, pack design, social assets and a new website, which is set to launch later in the year.

The new packs will be sold in US grocery stores on the East Coast and Mid-West.

Based in Walton, NY, Breakstone’s was founded by the Bregstein Brothers in 1882, and is best known for its cottage cheese, sour cream and ricotta. Now, 130 years on, it still uses its hand cut and triple churned traditional crafting methods.

BrandOpus was brought in to overhaul the heritage brand in the wake of new rivals coming in to the market in recent years. The agency was briefed to “boost contemporary relevance,” says BrandOpus, “re-establishing what makes Breakstone’s unique for today’s consumers.” 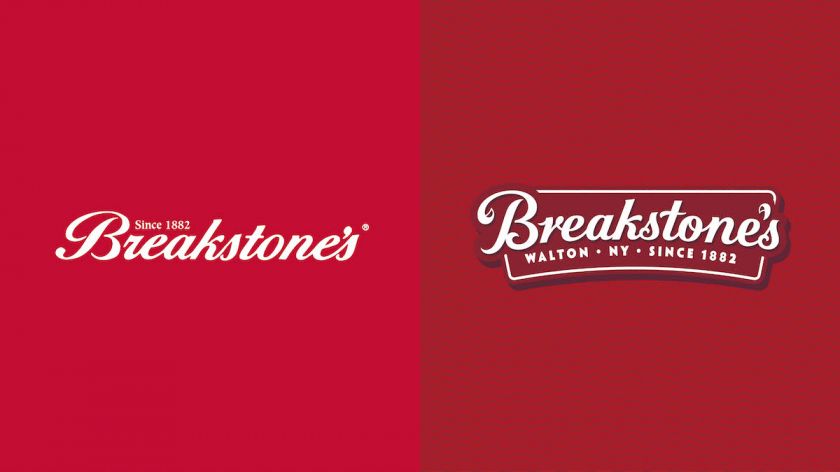 The research phase indicated that there were issues around perceptions of Breakstone’s as “formal and old-fashioned”. To highlight the brand’s heritage and expertise, the new design is rooted in the idea of “enriching the everyday with craft and care”.

The refurbished brand mark uses the symbolism of signage to evoke the idea of permanence and underscore the fact that “Breakstone’s is a reliable and trusted brand that’s stood the test of time and now acts as a welcoming beacon to consumers at shelf,” says BrandOpus. 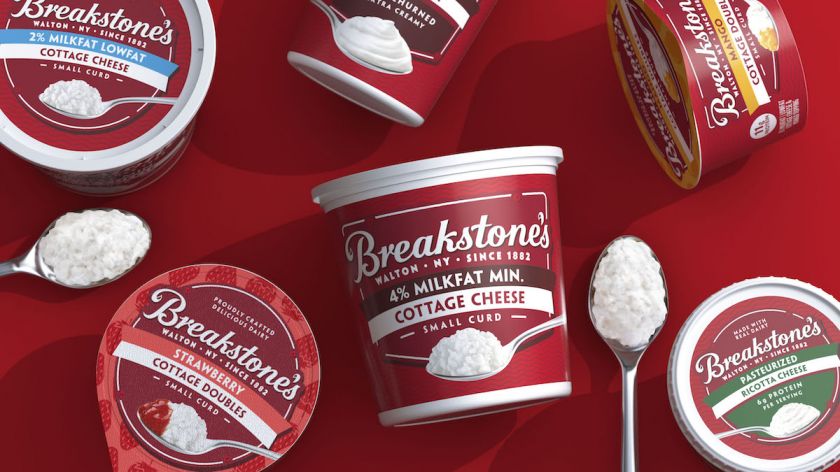 A newly refined cursive script was introduced for the Breakstone’s mark; while bespoke graphic elements including the spoon were amplified. A “light and fun line work” illustration style is used to aim to capture the handcrafted nature of the brand.

Breakstone’s incumbent white and red colour palette has been retained but with a more “sophisticated and elevated red” to highlight ideas of quality and brand heritage.

“Breakstone’s has built a legacy on carefully crafting delicious dairy staples—something we really didn’t want to lose with the new identity,” says Paul Taylor, chief creative officer and founding partner at BrandOpus. “Our ambition was to package that up in an emotive way that enriches the lives of new and existing consumers.” 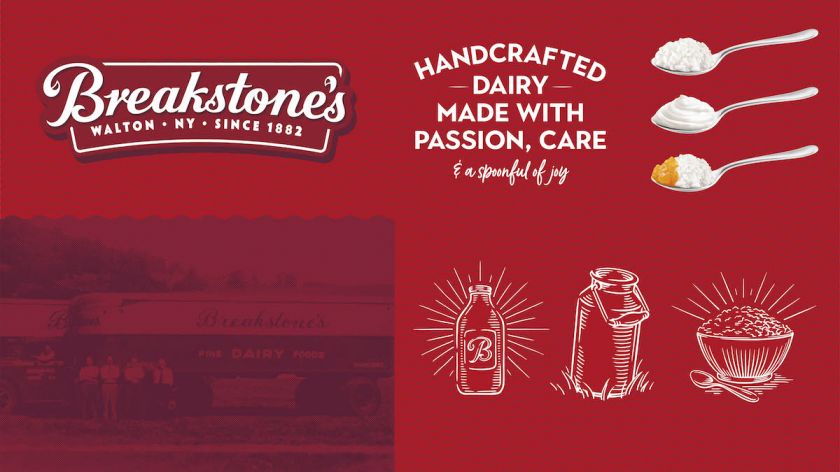 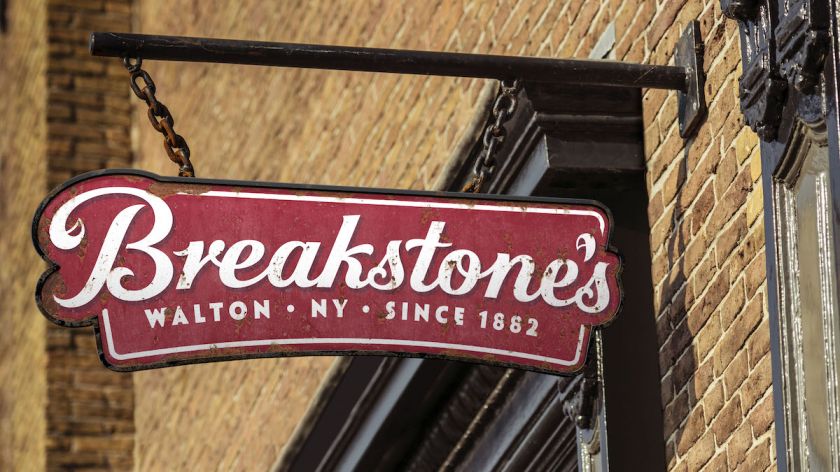