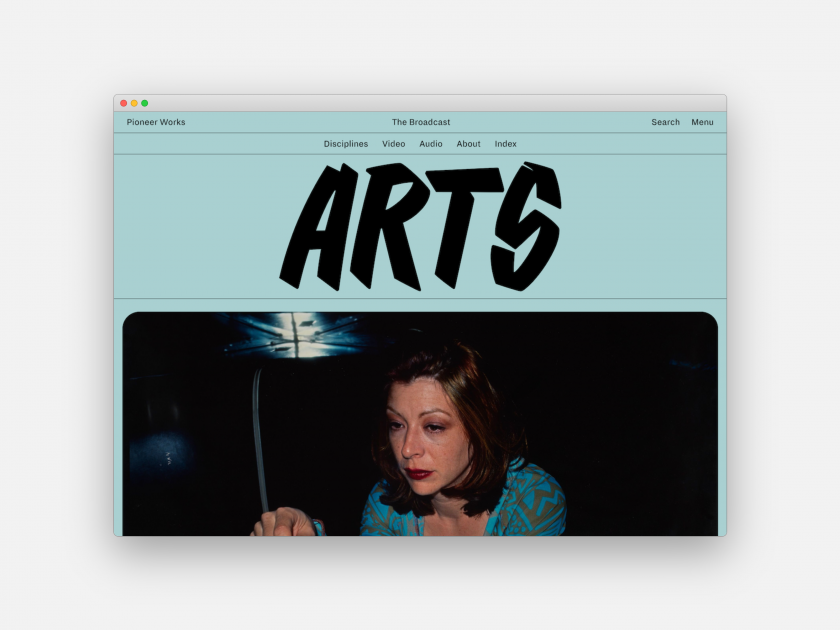 Brooklyn-based interdisciplinary nonprofit has created and designed , a new digital magazine that launched earlier this month.

Pioneer Works is a free, public artist-run cultural centre that opened in 2012. Since opening, Daniel Kent has worked as its in-house designer responsible for creating the space’s visual identity, merchandise, books and branding. He led the design work on Broadcast alongside Andrew LeClair, a Brooklyn designer who has created identities for RISD, the Pew Center and UC Berkeley. 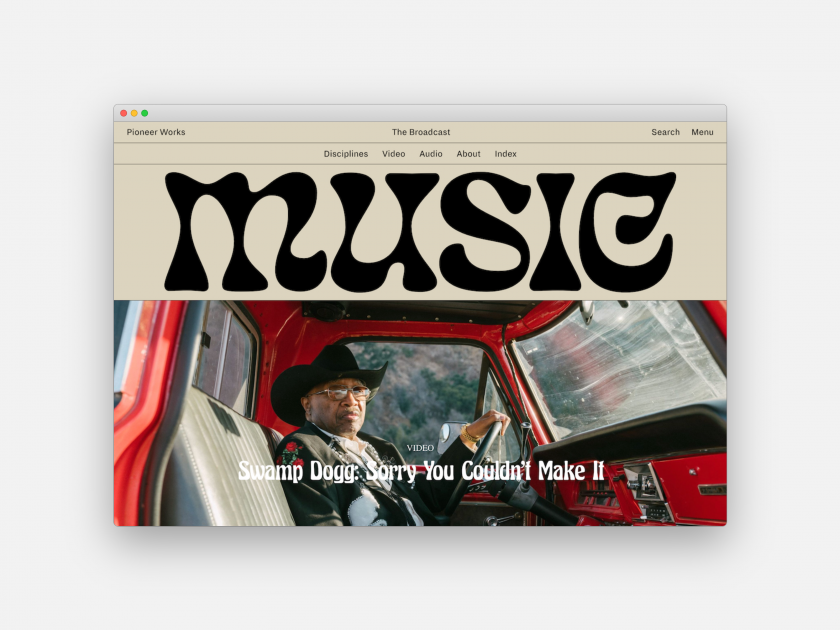 Kent was tasked with creating the magazine’s identity last year, and handed an open-ended design brief—”basically free rein to do whatever he wanted”. He enlisted the help of LeClair, a Brooklyn designer who has created identities for RISD, the Pew Center and UC Berkeley.

The design of the publication looks to eschew anything too “cold or institutional” and aims to mirror the editorial content. Kent and LeClair built a system of 50 different typefaces that form the site’s organising structure and give a distinct visual identity to each series and discipline. That approach also underscores Pioneer Works’ “goal of encouraging conversations between fields while highlighting their individuality,” according to the team. 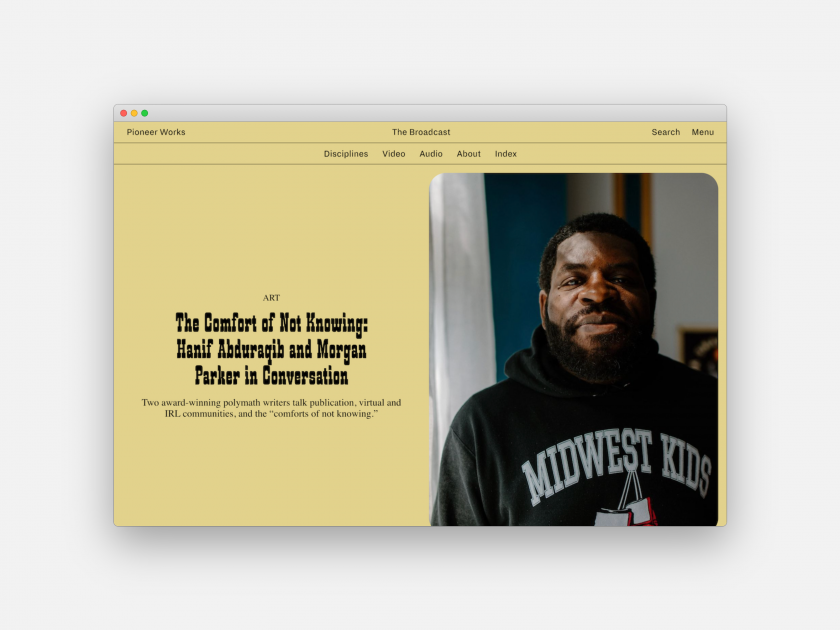 Much of the design is informed by the expressive nature of independent magazines and hand-crafted, xeroxed zines from the 1970s. The idea was to nod to pre-internet publication design but without leaning too far into “retro” territory.

Broadcast’s first issue includes a piece by neuroscientist and philosopher Sam Harris about the idea of free will as an illusion, animated by ; a feature on the ethics of dog cloning; an interview with Dr Carl Hart about “drug use for grown-ups”; and a live-streamed talk with Thelma Golden, director and chief curator of The Studio Museum in Harlem, New York City. 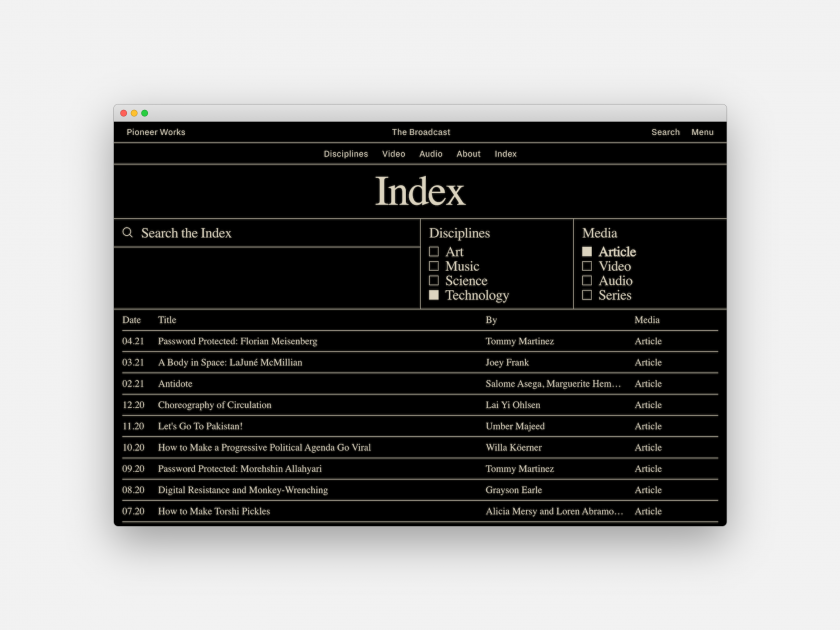 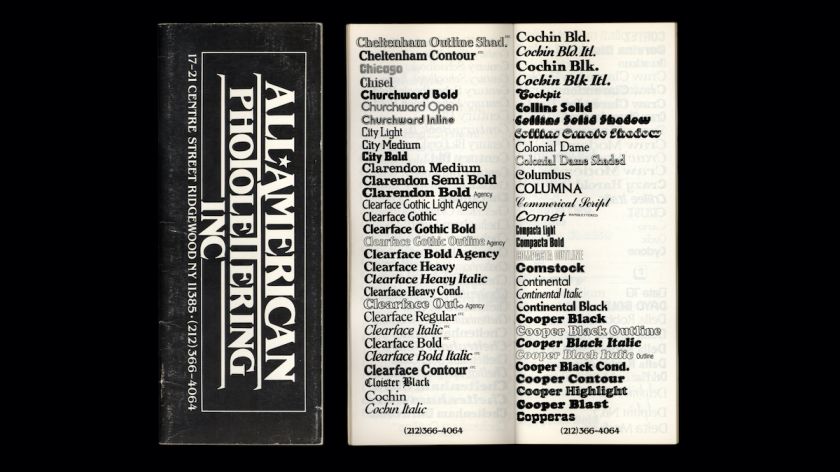 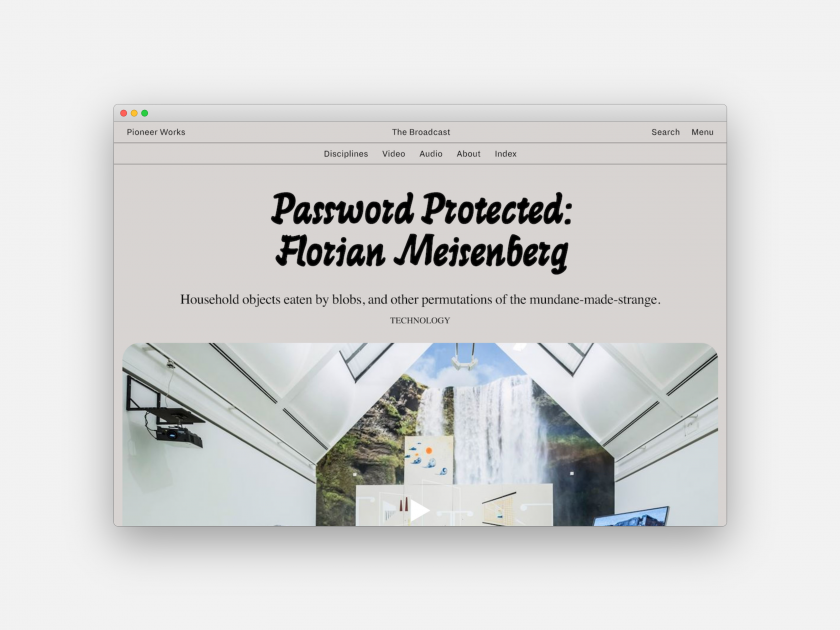