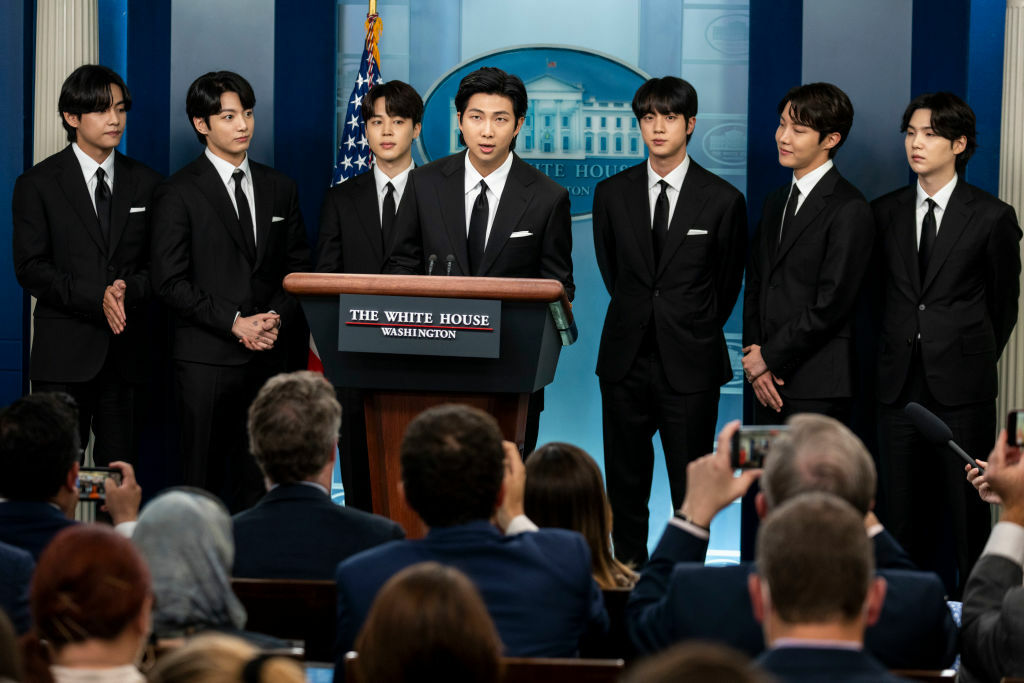 The White House held on Tuesday, as to see K-pop group BTS speak on anti-Asian hate.

Introduced by White House Press Secretary Karine Jean-Pierre, the group delivered a short speech on . Each of BTS’ seven members took turns stepping up to the podium and saying a few words, opening with leader RM. With the exception of RM, all the members spoke in Korean, with a translator interpreting at the end.

“We were devastated by the recent surge of hate crimes, including Asian American hate crimes,” said Jimin. “To put a stop on this and support the cause, we’d like to take this opportunity to voice ourselves once again.”

Last year, , recalling their own experiences with racial discrimination. “We cannot put into words the pain of becoming the subject of hatred and violence for such a reason,” they wrote.

BTS also used their speech to thank their fans from all around the world and talk about the unifying power of music, before leaving the briefing to meet with President Biden.

“It’s not wrong to be different,” said Suga. “Equality begins when we open up and embrace all of our differences.”

“We thank President Biden and the White House for giving this important opportunity to speak about the important causes [and] remind ourselves of what we can do as artists,” concluded RM.

This isn’t the first time K-pop idols have completely upstaged the White House. Back in 2017, , who was standing right next to him at the time. Which, fair.

UPDATE: Jun. 1, 2022, 1:54 p.m. BTS have posted a photo of their meeting with Biden, in which the U.S. president joined the K-pop group in displaying finger hearts. “Thanks for having us at the White House!” wrote BTS’ official Twitter account. “It was a huge honor to discuss important issues with @POTUS today. We’re very grateful for #BTSARMY who made it all possible.”