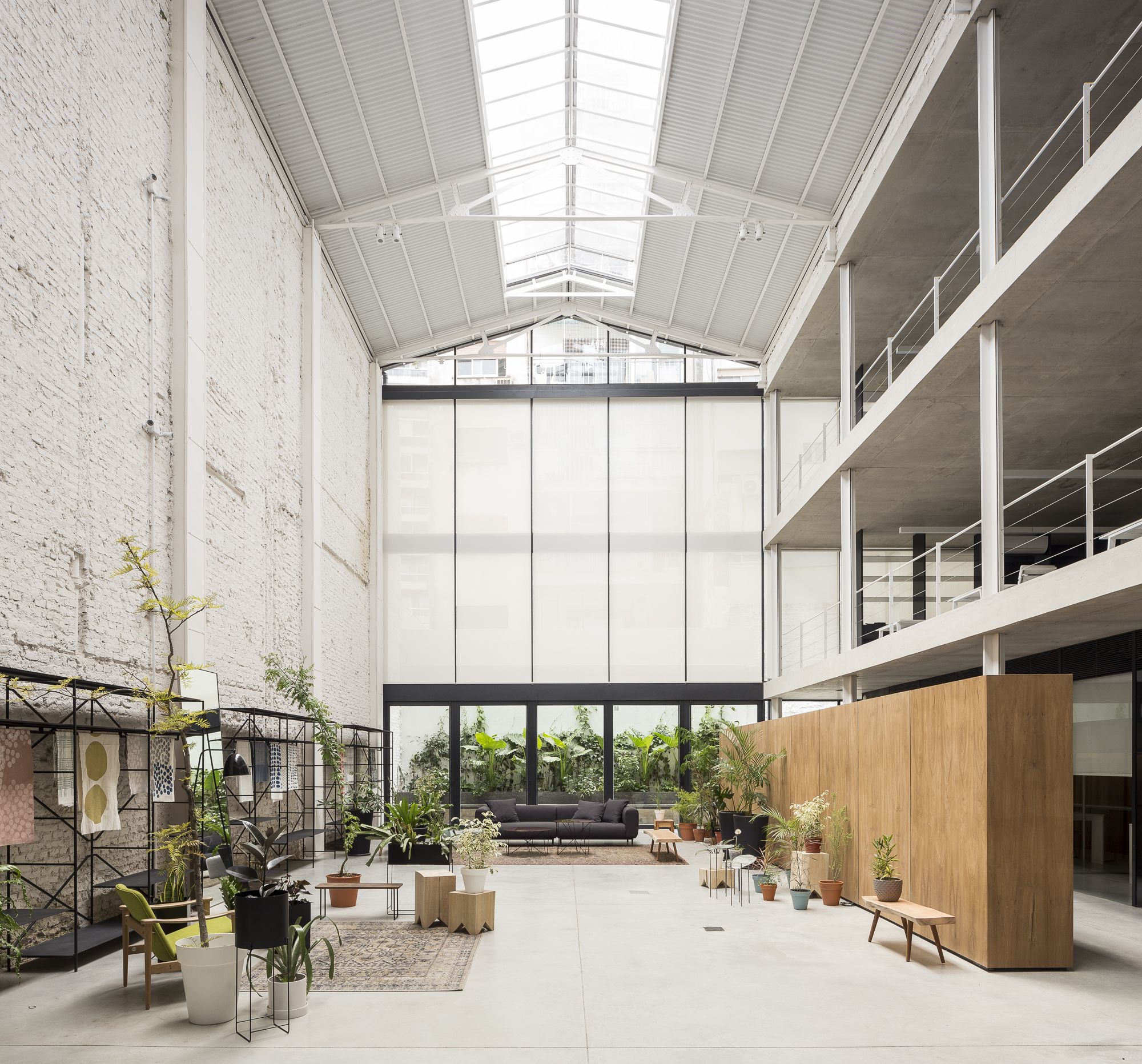 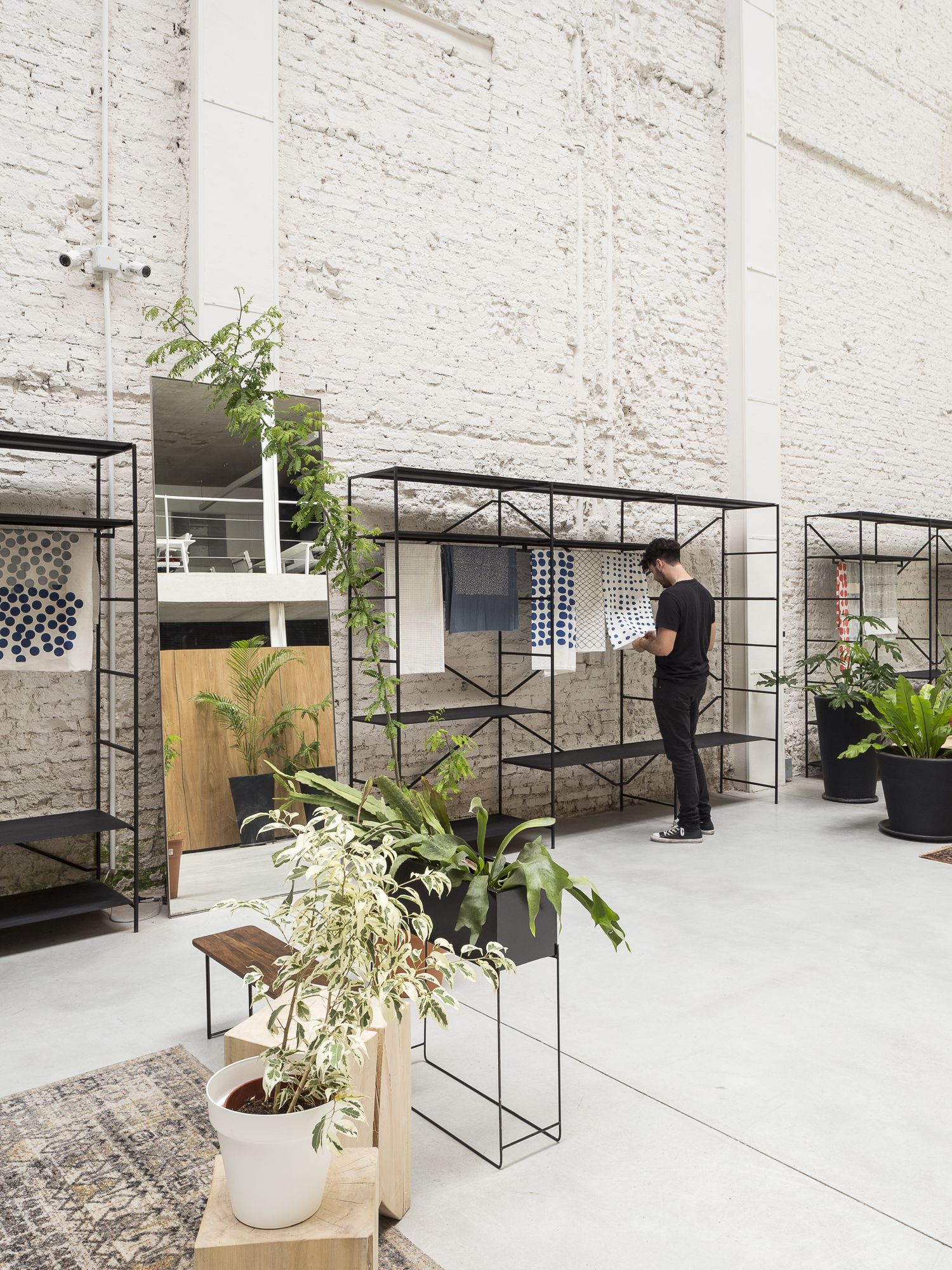 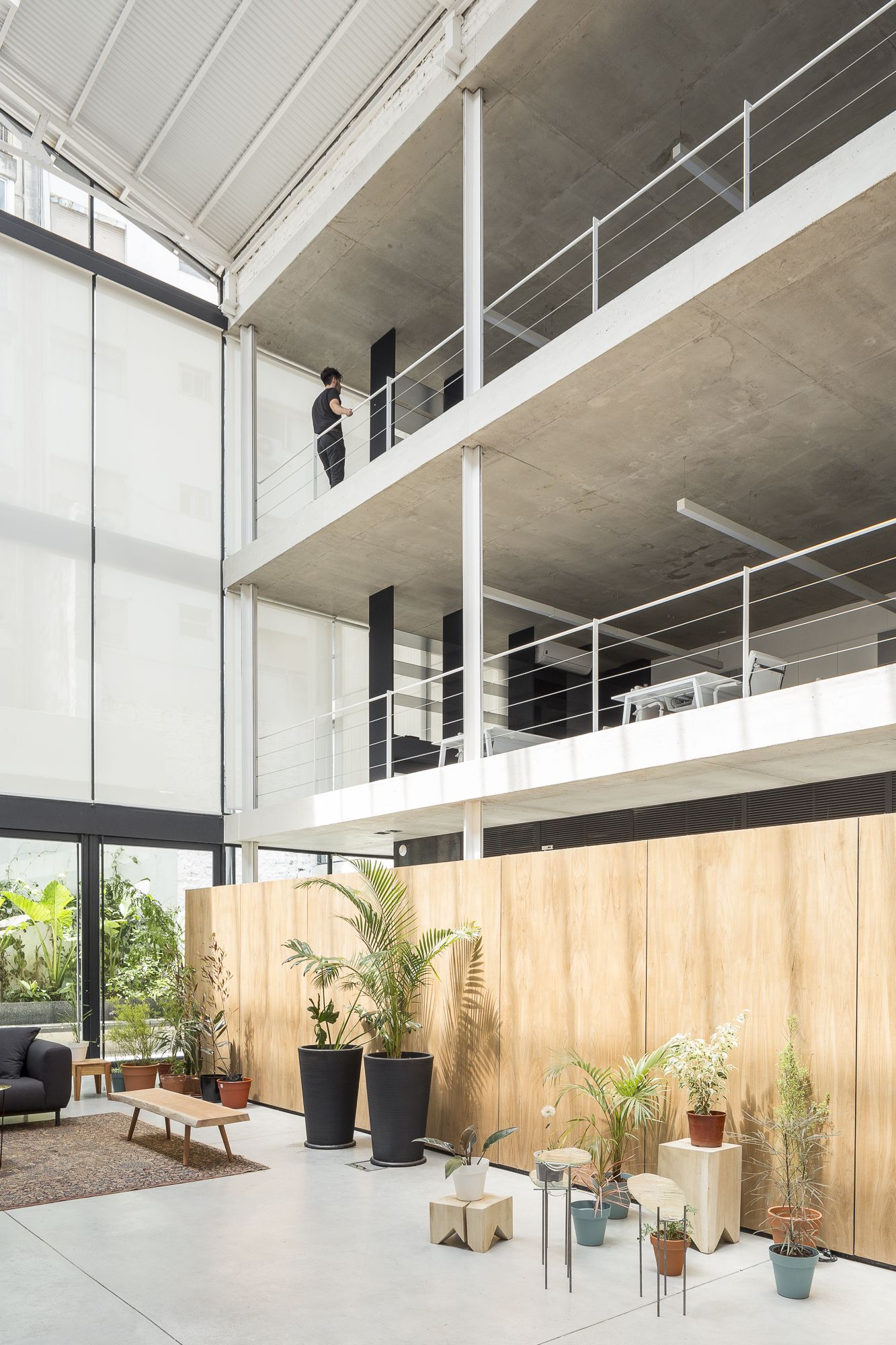 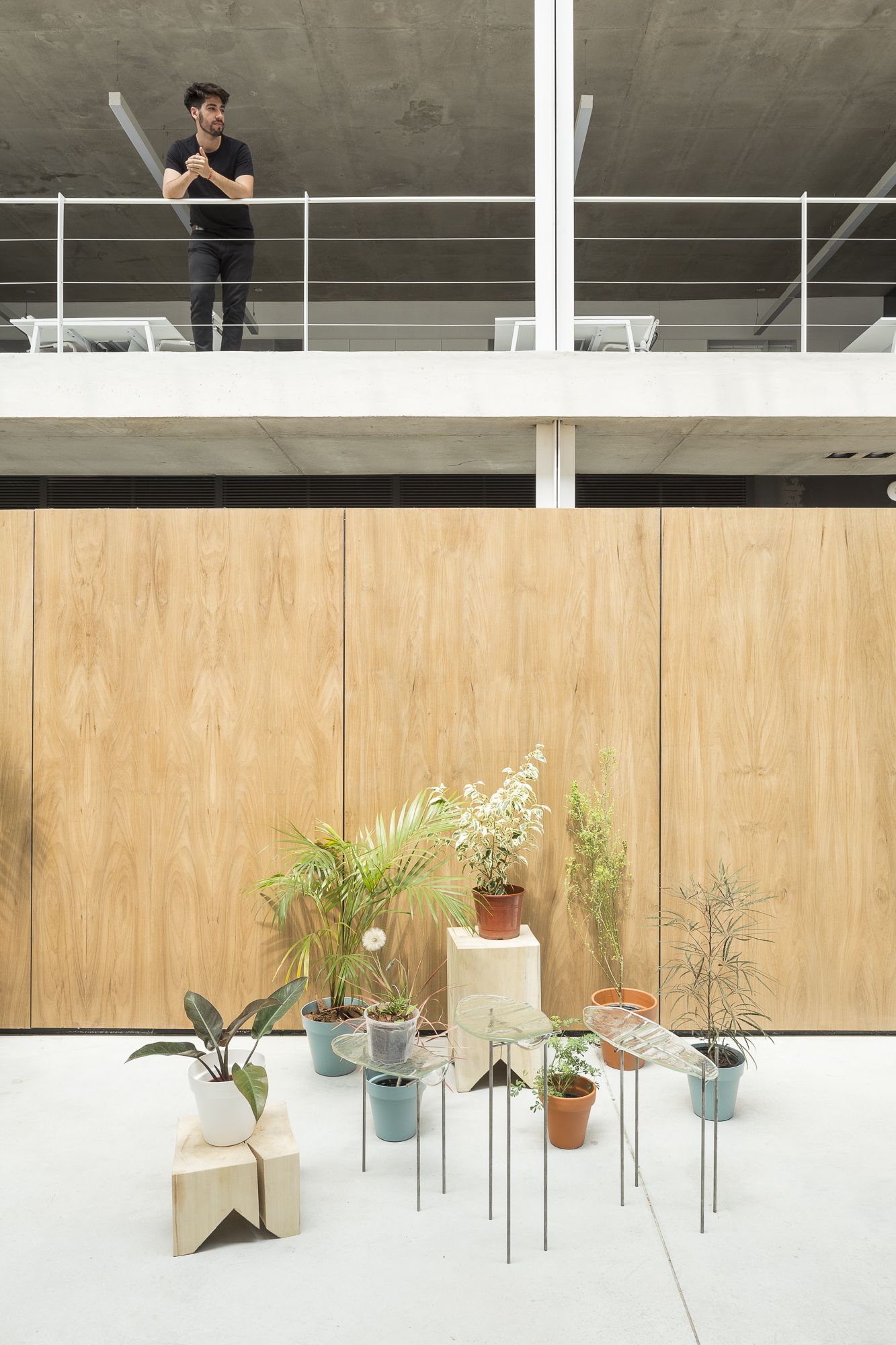 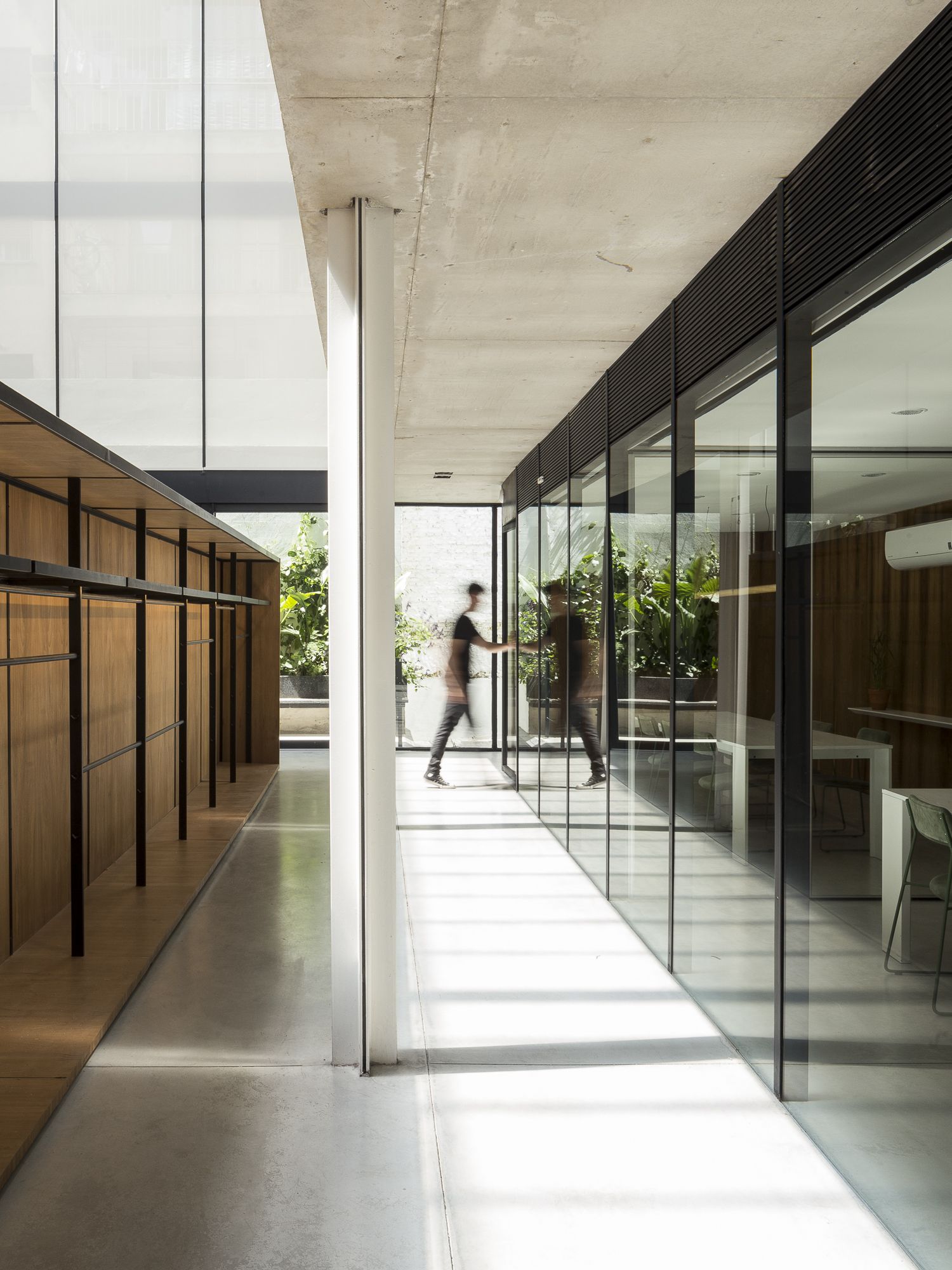 , , and have created the epitome of the cool office space for a textile company based in , Argentina. The project adds to a collection of cool conversions, where raw crumbling brick and exposed trusses are king.

It is easy to see why the repurposing and recycling mantra of this project is becoming so popular in a world where space and resources are highly valuable and scarce. Not to mention how the enormous scale, luminous interiors, and open floor plan create a space perfectly designed to facilitate creative thinking – I mean seriously, is this envy, or what?!

The 1,210-square metre conversion of an old shed and terraced house is now the home to the offices, warehouse, and space for the textile company. In recycling the existing structure, architects were able to play with scale in an exciting way, unveiling an enormous light-filled internal atrium. The immense area becomes the heart of the project housing exhibition and event spaces. 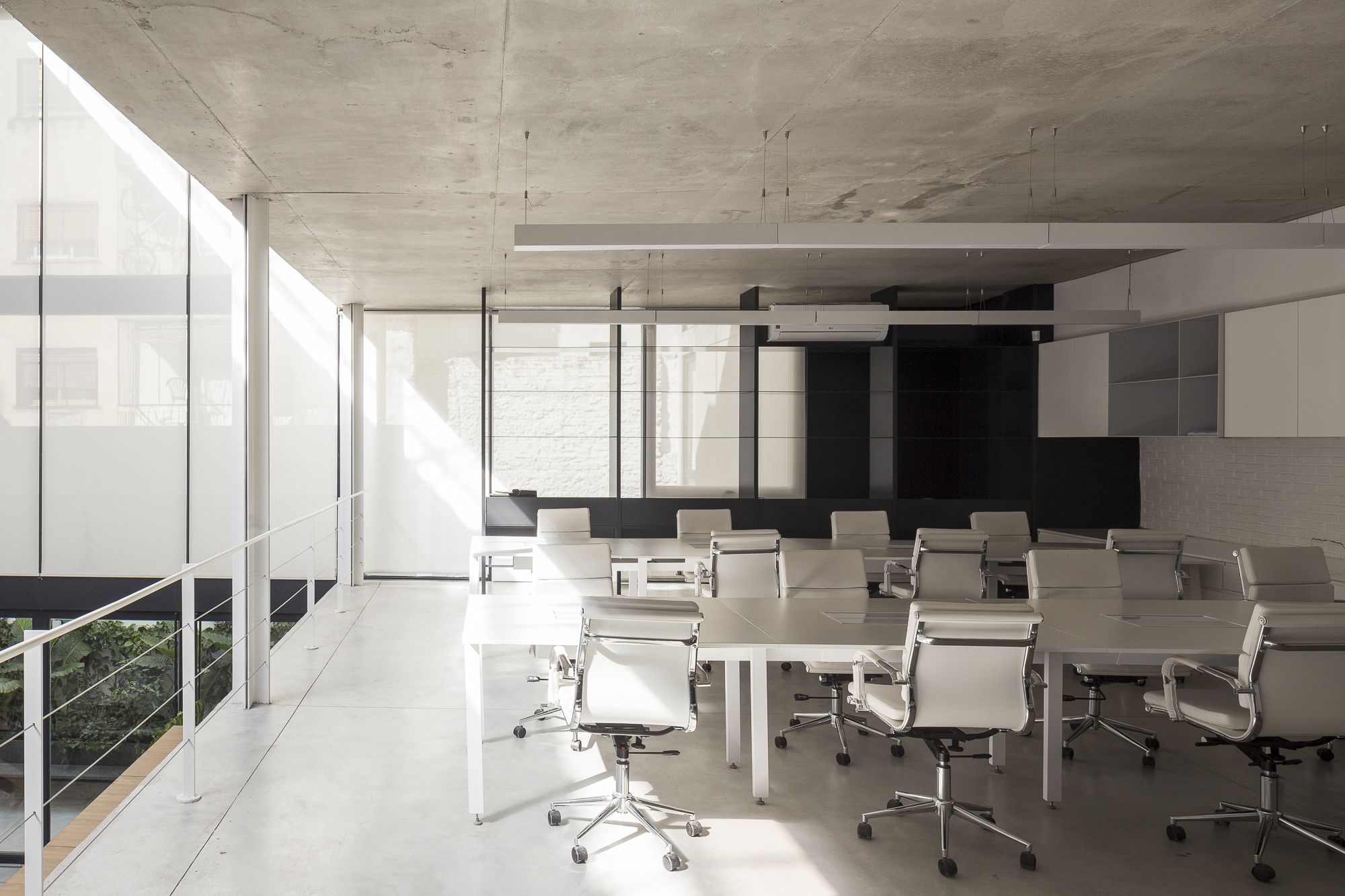 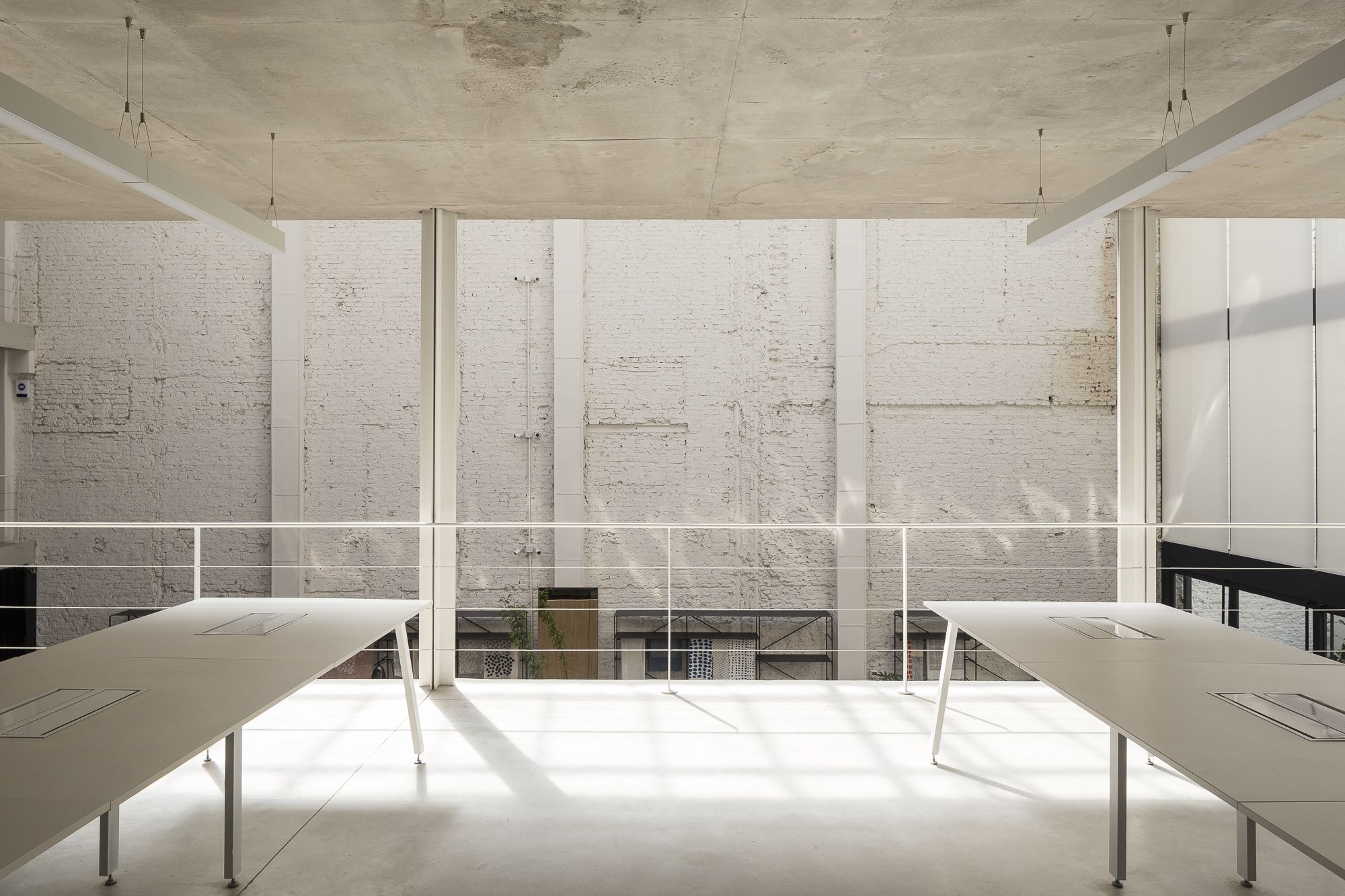 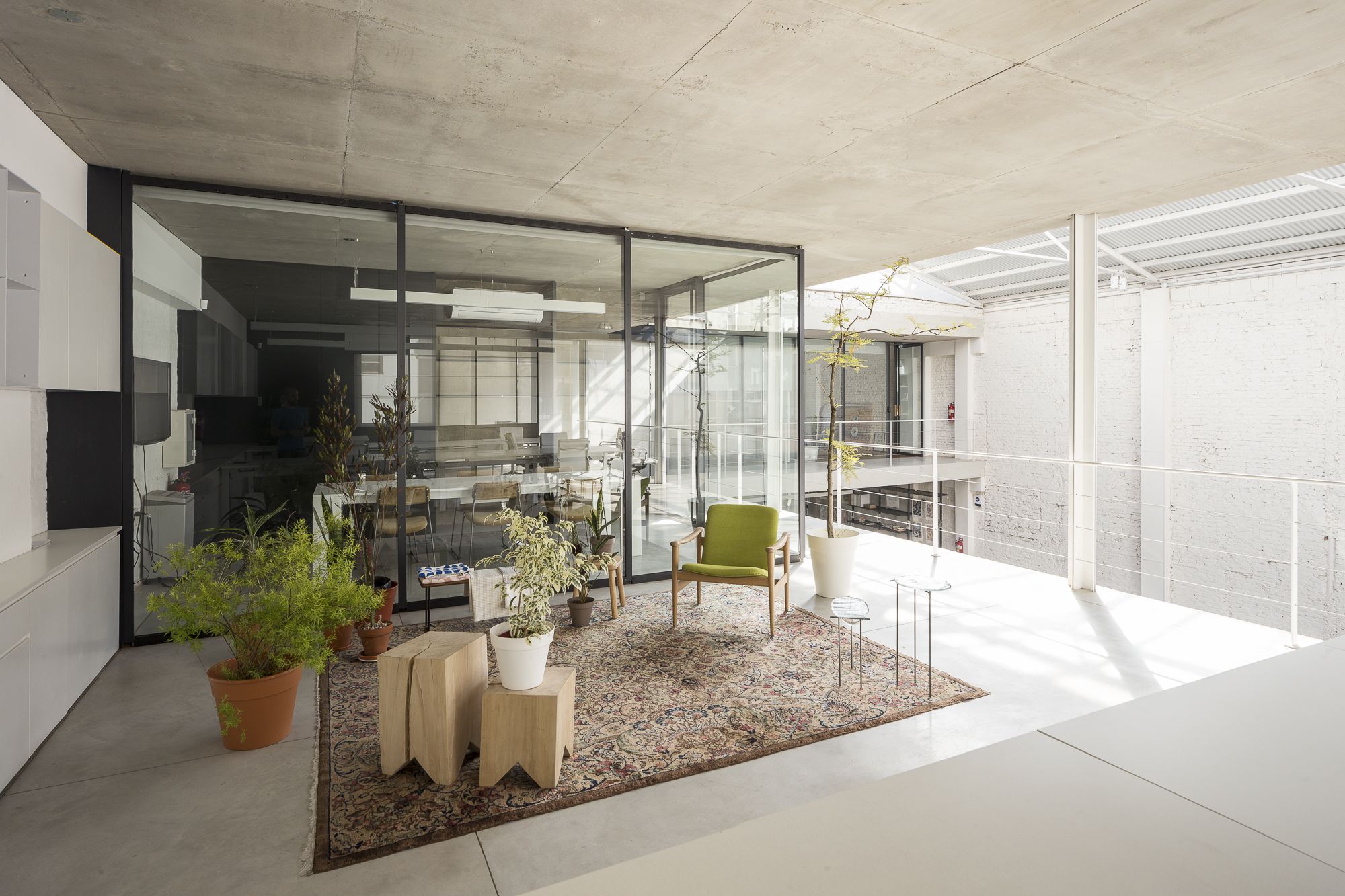 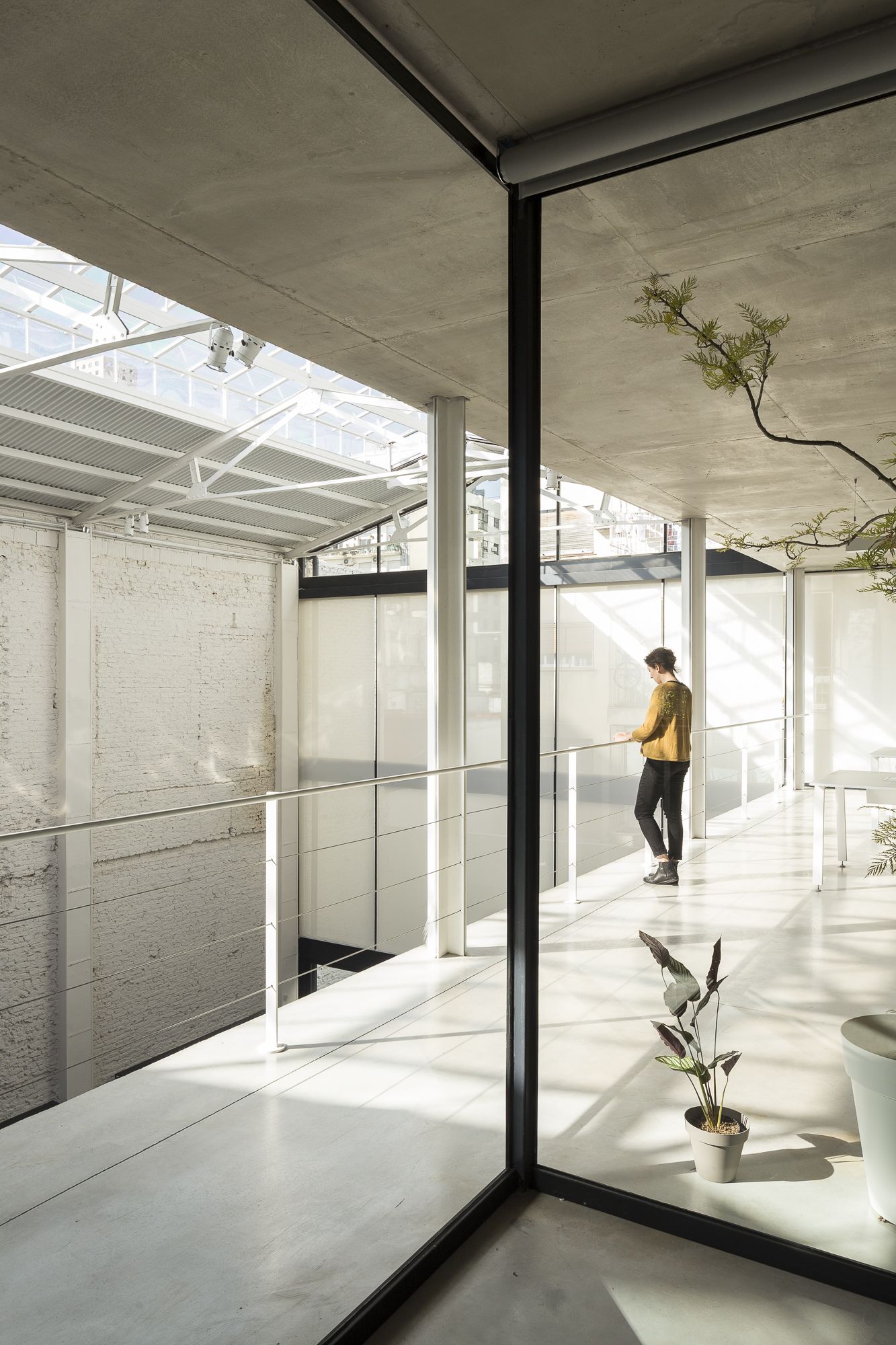 Collections of eclectic planters and black metal shelves sit on top of exposed concrete floors and plush rugs. There is an ever-present conversation between the delicateness of a climbing plant, the warmth of natural timber, and the strength of exposed steel construction – a conversation that embodies the visual interest and spatial complexity that grounds the project.

The street façade asserts its contemporary identity while it also aligns itself with the proportions of neighbouring buildings – simultaneously blending in while standing out. Its blackness is bold and unapologetic when compared to the natural stonework sitting beside it. The façade is both transparent and opaque, vertical irregular elements both conceal and reveal and, in some moments, reflect with mirrors. The vegetation of the terrace sitting behind spills into the streetscape, the irregular grid of the façade broken up by climbing foliage.