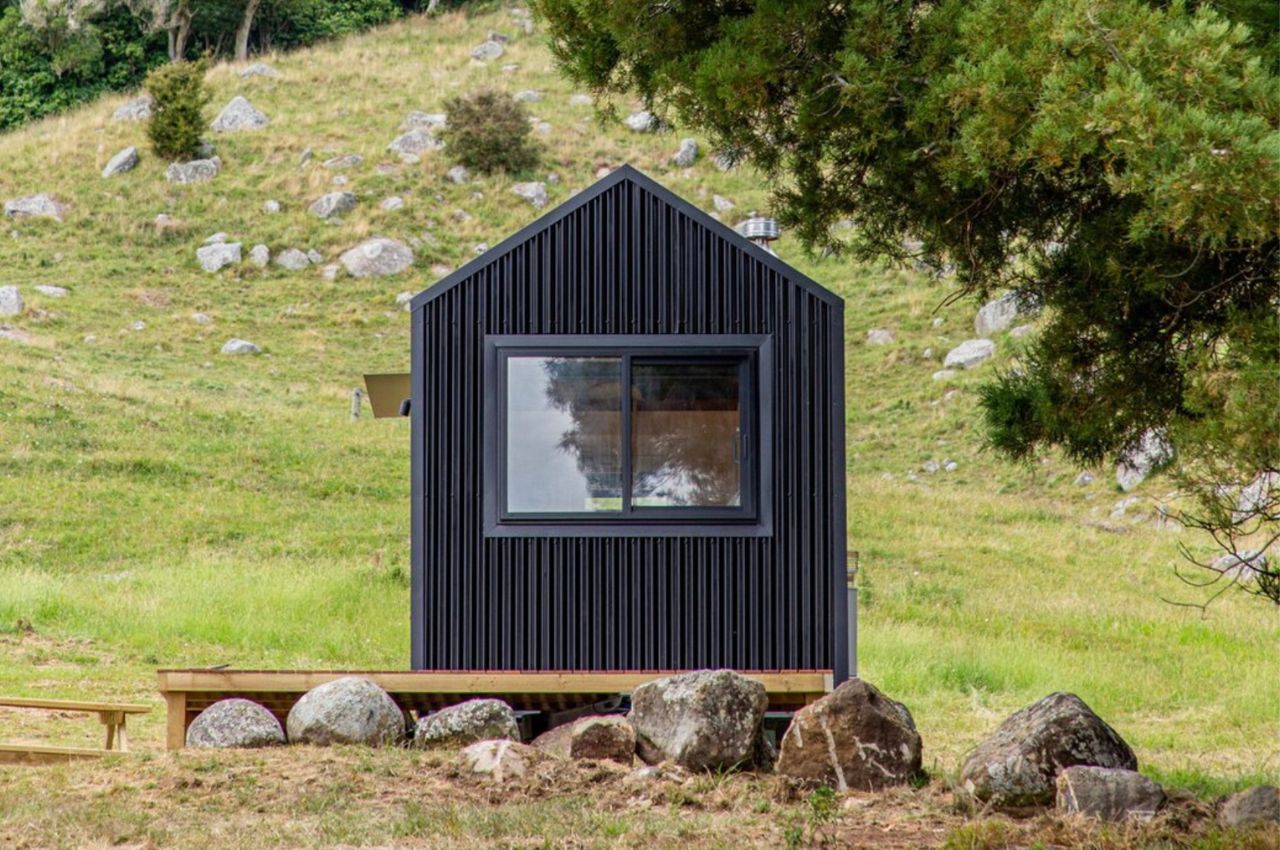 For people like me who have lived in cities all their lives, the idea of having a retreat away from the hustle and bustle is probably part of your dreams. It certainly is mine. It doesn’t need to be a huge place especially since I’m single, so a tiny house in the middle of nature sounds wonderful. While for me it will remain a dream because of where I am, there are emerging designs out there in the world for those who can afford it. If you’re in New Zealand, there’s one that’s particularly interesting. 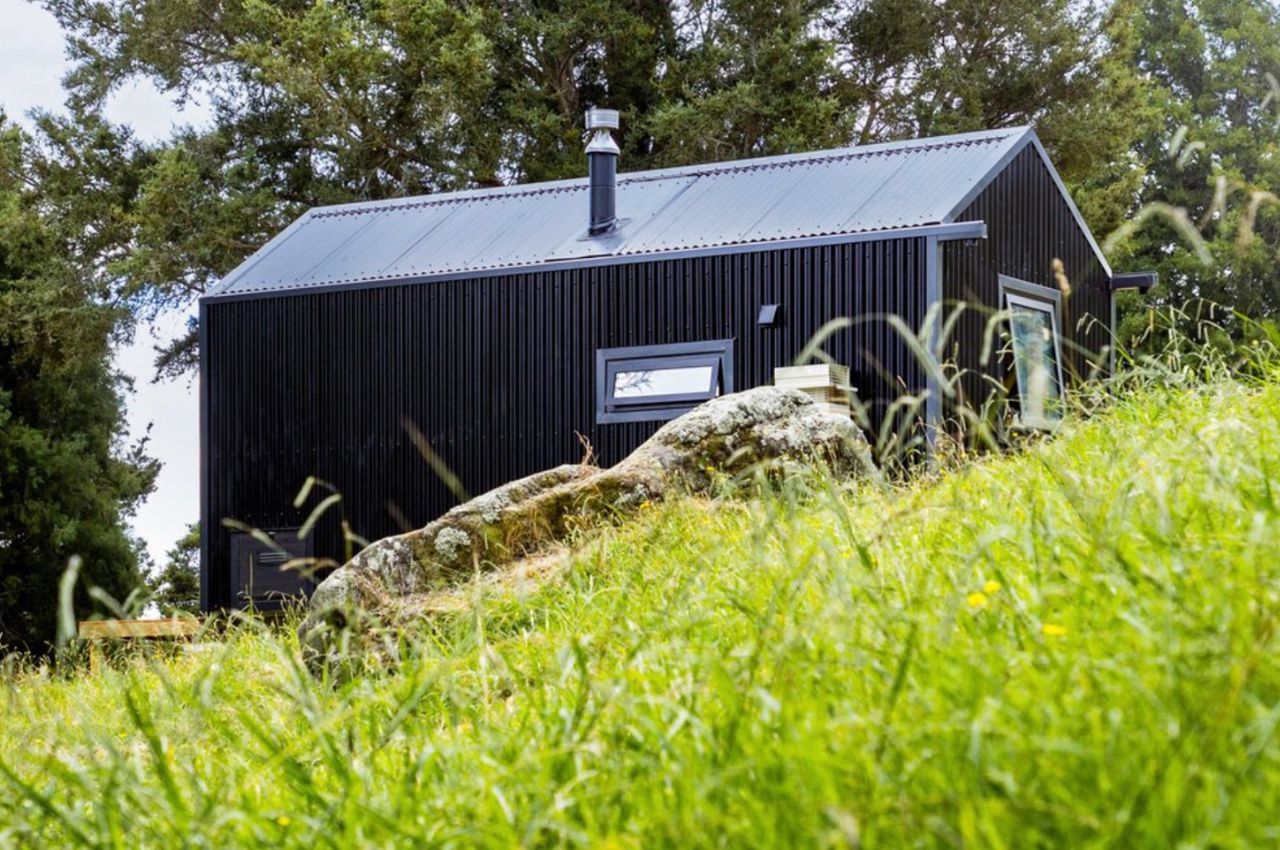 Buster is located in Matamata, just a couple of hours away from Auckland, New Zealand. You will be able to hear the sound of spring river water flowing around you as you’re surrounded by trees, stones, valleys, and basically the joys of nature. It’s located below the Kaimai Range “amongst ancient native bush and farmland”. It is a tiny home perfect for one person or a couple who want to temporarily or even permanently live in such an area and to have something that is built sustainably and with the environment and your comfort in mind.

Instead of being made from timber, it uses black corrugate as it will last longer and can survive all the different kinds of weather that the area experiences. They also used plywood to bring “a sense of warmth” to the house and is in fact what is also used in the traditional kiwi trampers huts, giving you even more of a local feel but with modern conveniences. It’s a pretty good combination, having a more natural lodging but using sustainable technology and devices to give you comfort and function. 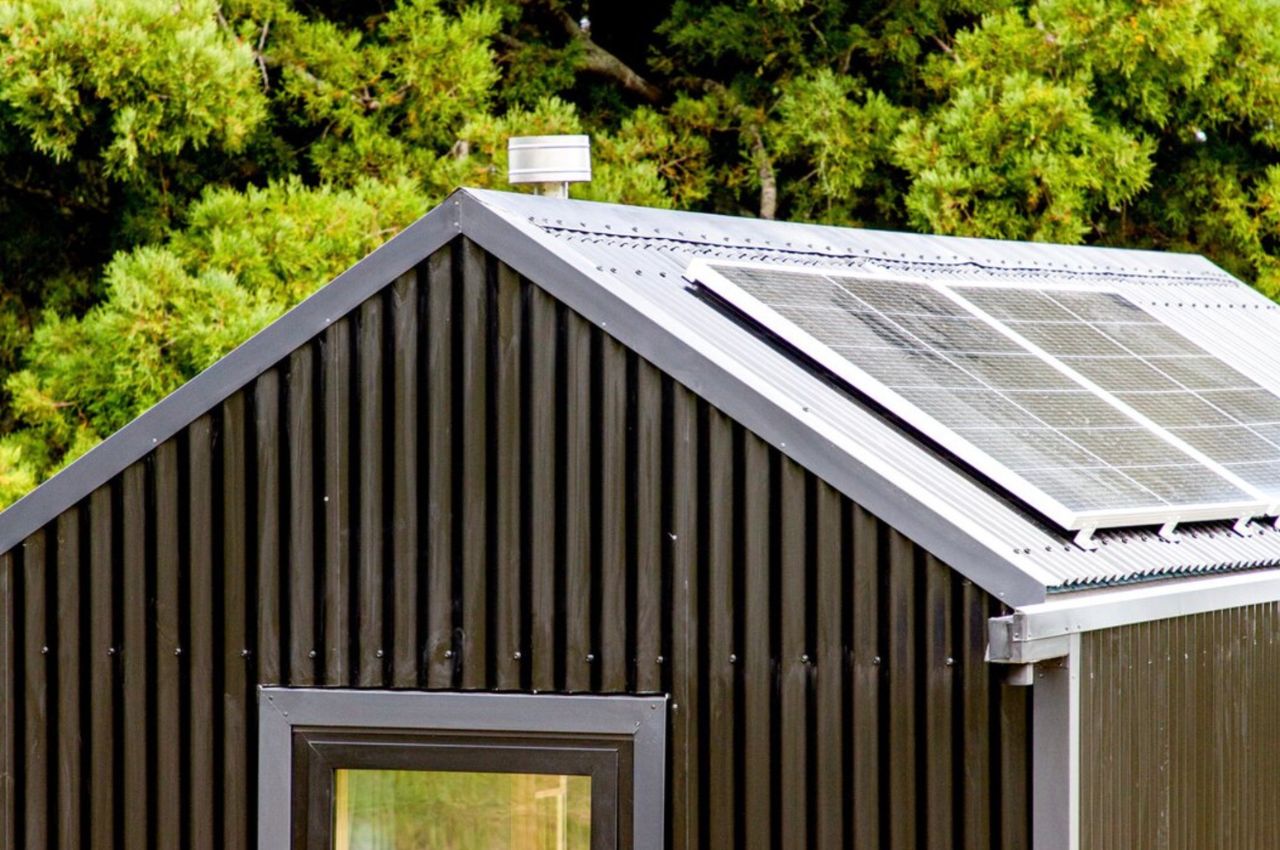 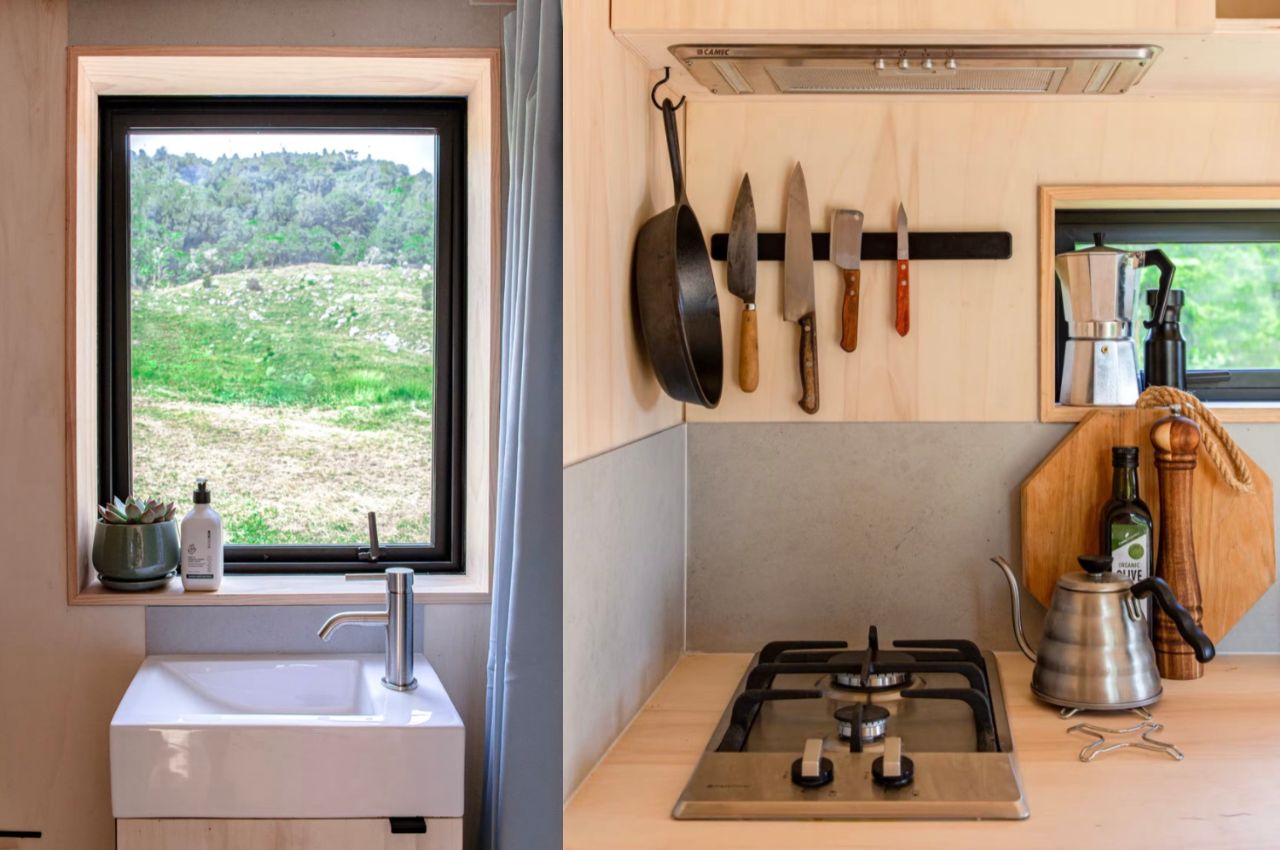 Speaking of sustainability and technology, Buster is powered by GridFree solar panels, or at least enough power for a small fridge, lights, and to charge your smartphone. The idea of a tiny house is also to be minimalist so you should not have that much appliances anyway. The house is oriented to the north so that it will be able to maximize the light during the summer and even during the winter. Water-wise, the freshwater you need comes from the river just behind the cabin while the bathroom uses a Bambaloo composting toilet. 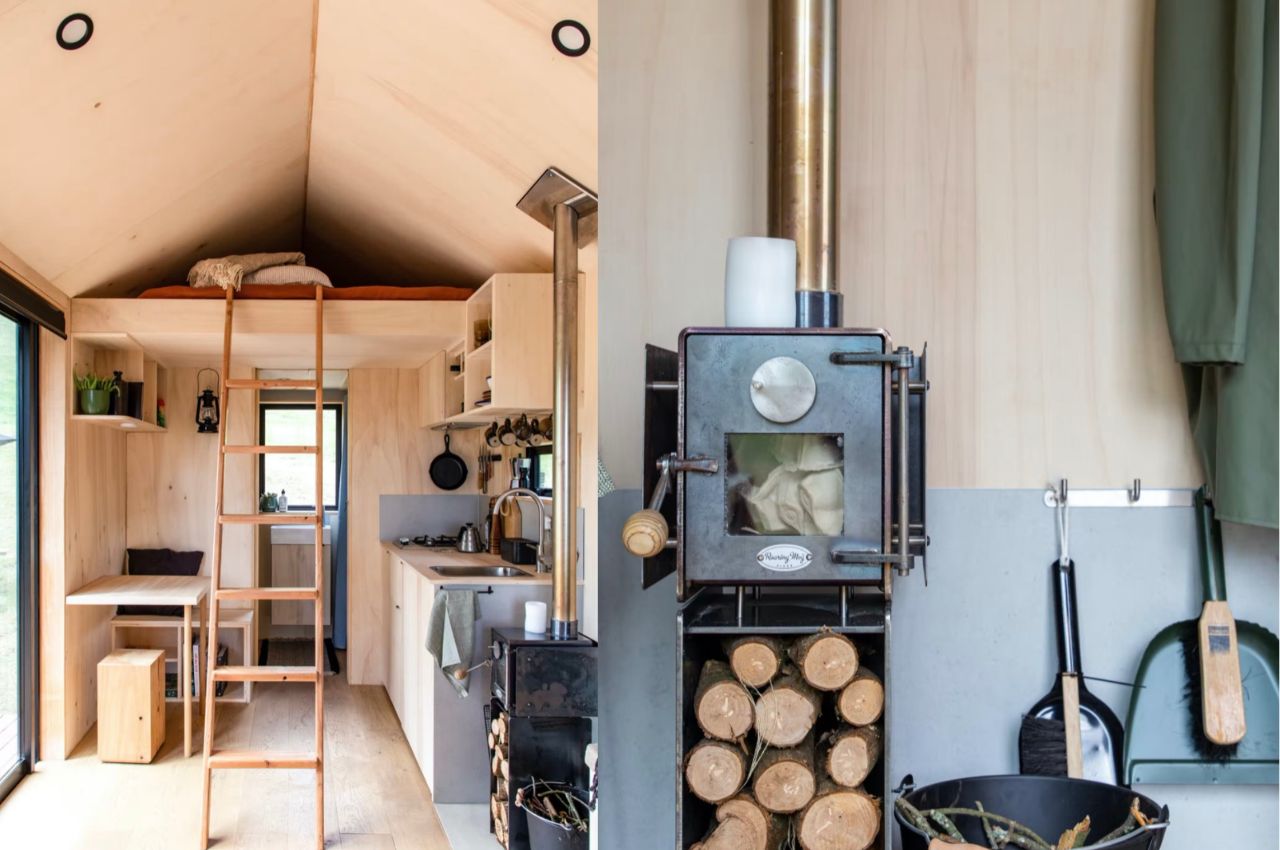 There is a main bedroom with a mezzanine for the extra person to sleep in. In the middle of the cabin is a Roaring Meg wood burner so that you will not freeze if you decide to stay there during the winter. If I would stay in a tiny house like this, I would probably do so during the summer or spring when everything seems to be all bright and perfect. But if you’re used to the cold and want to snuggle up in a tiny house, then this would be perfect for you too. 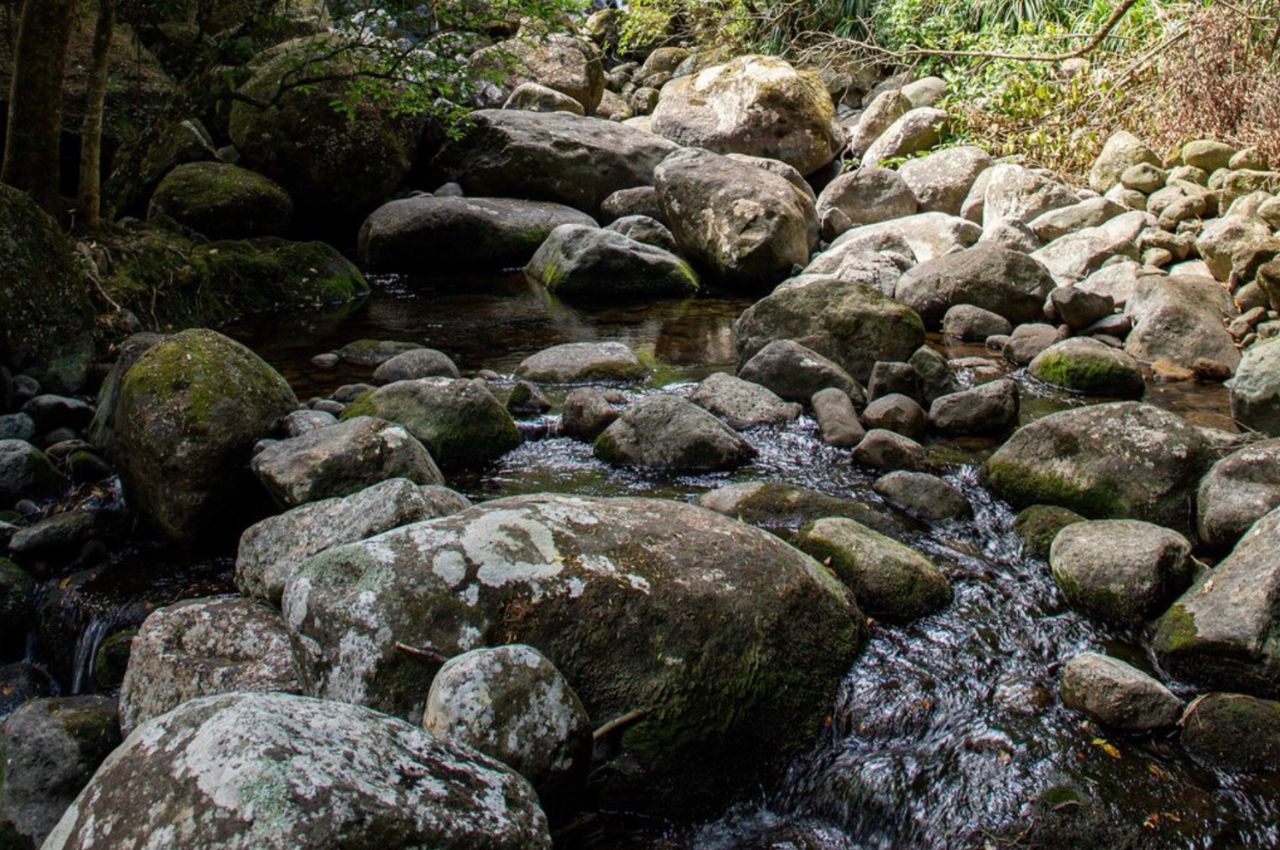