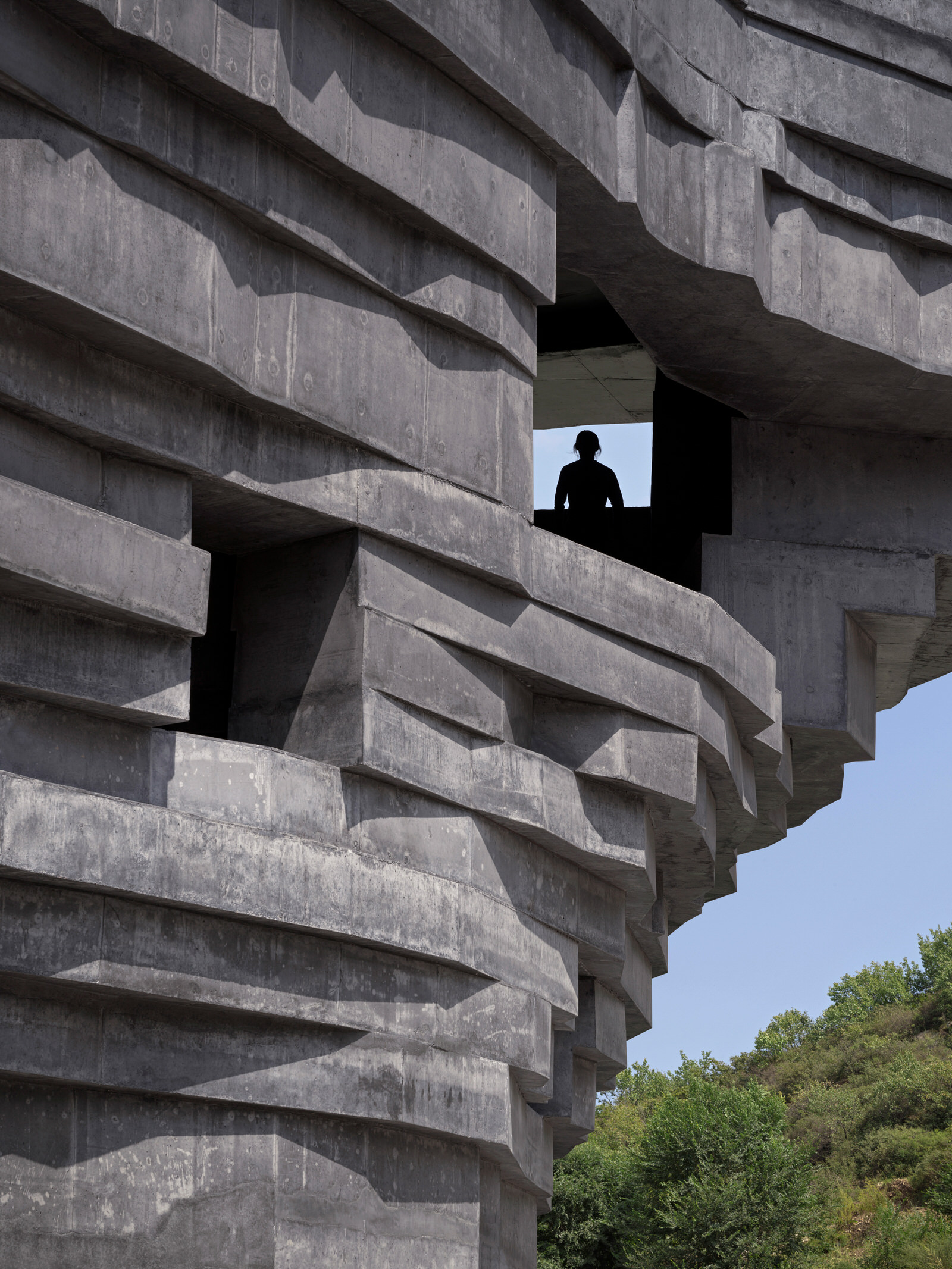 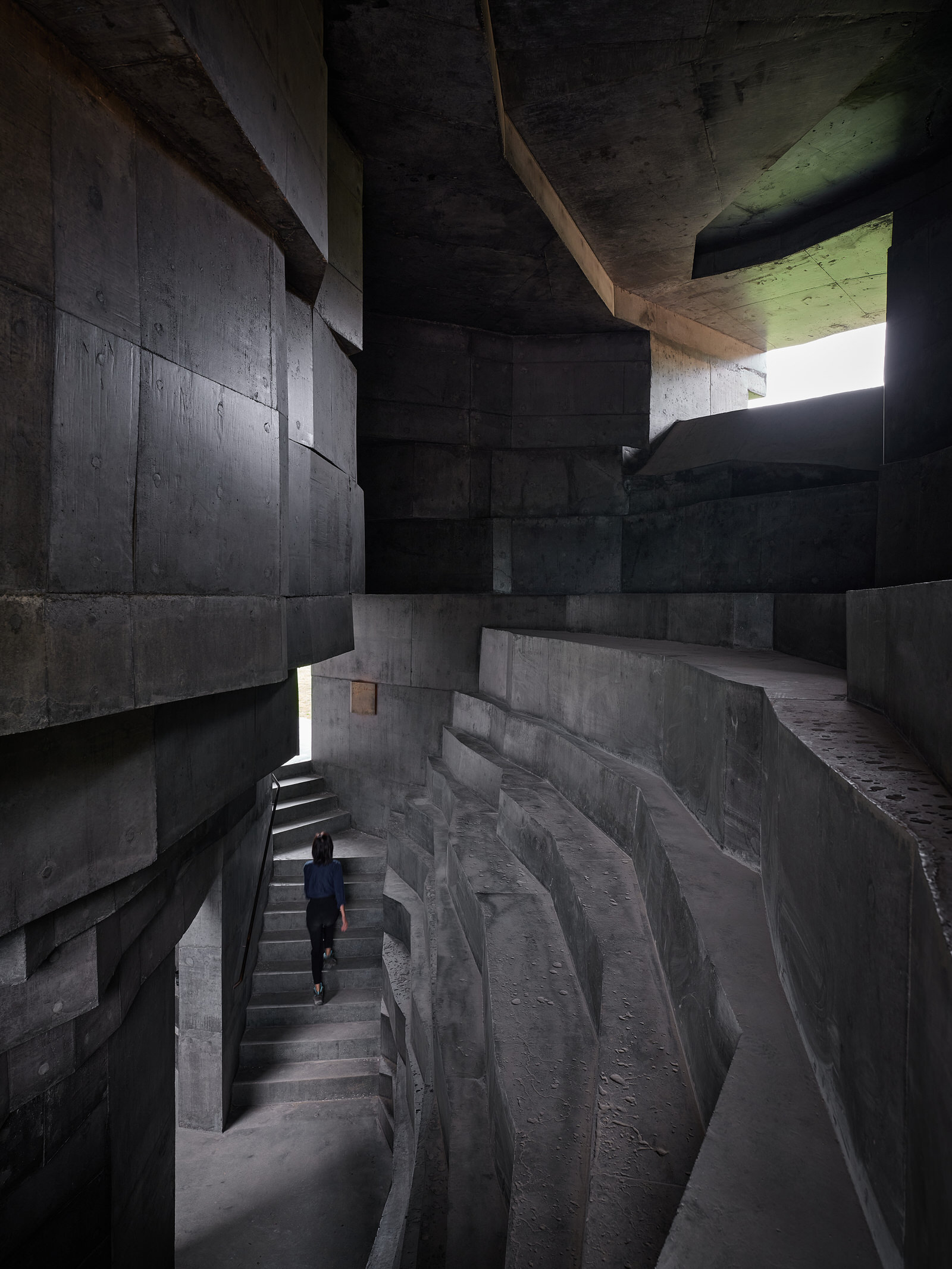 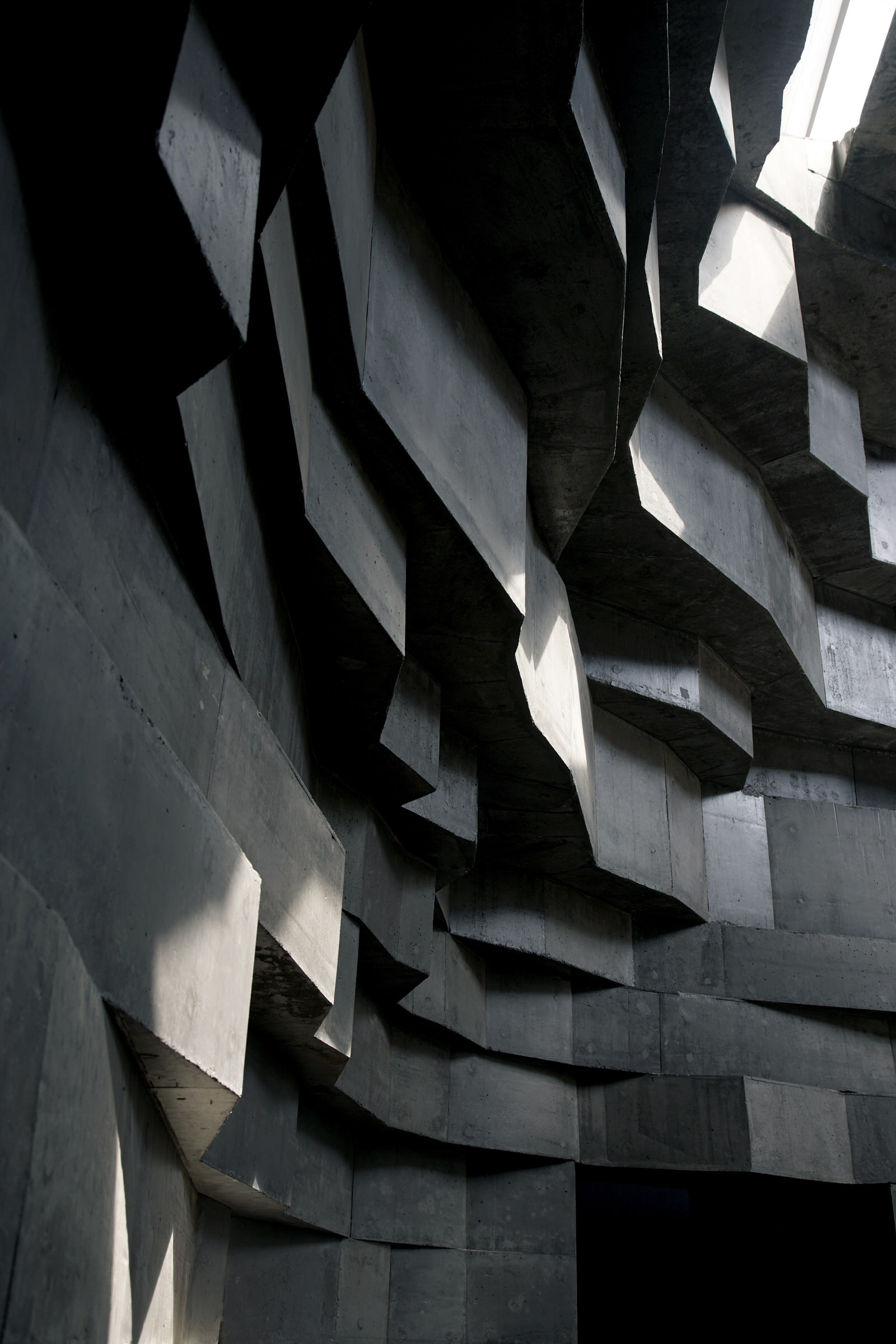 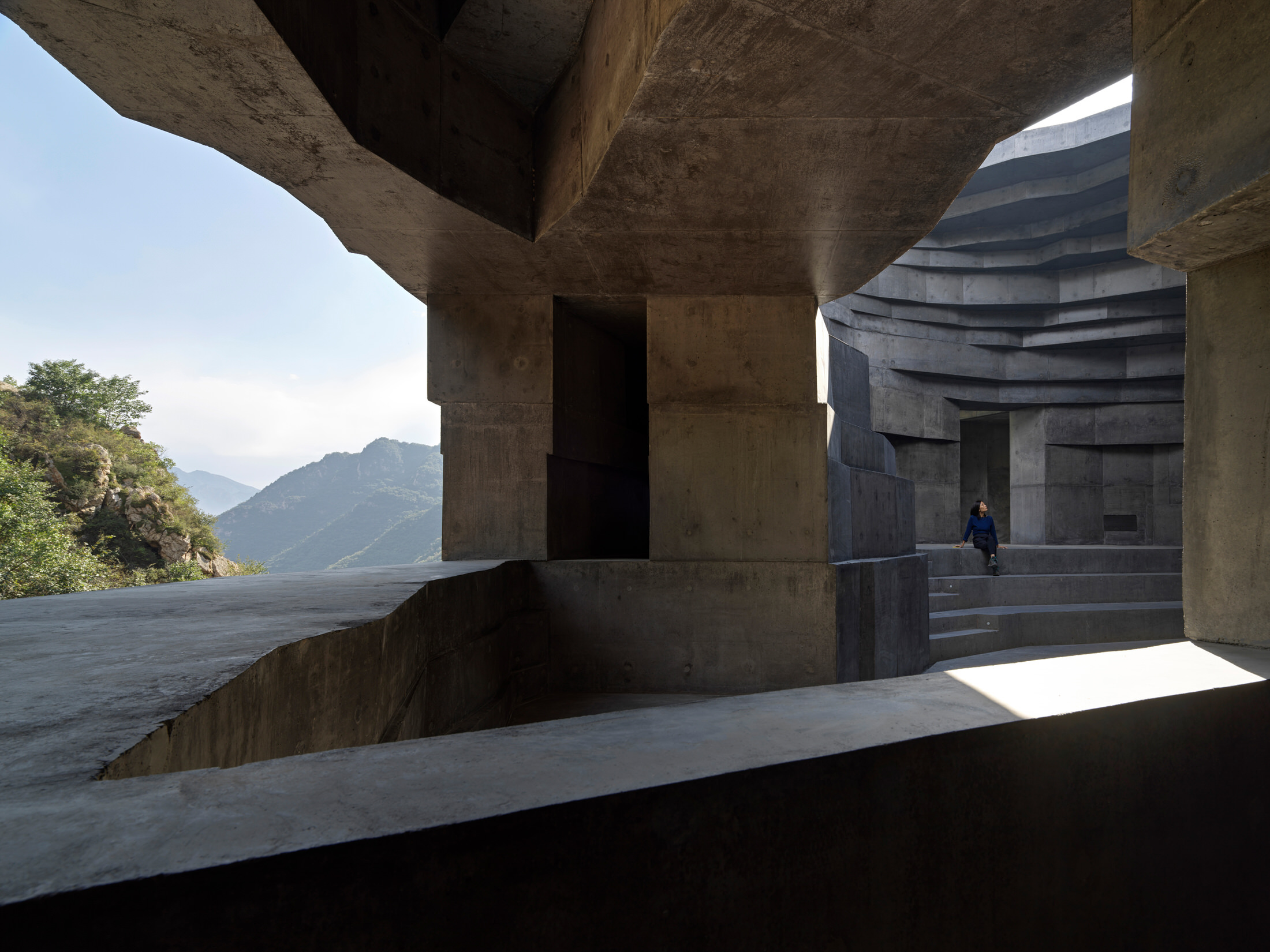 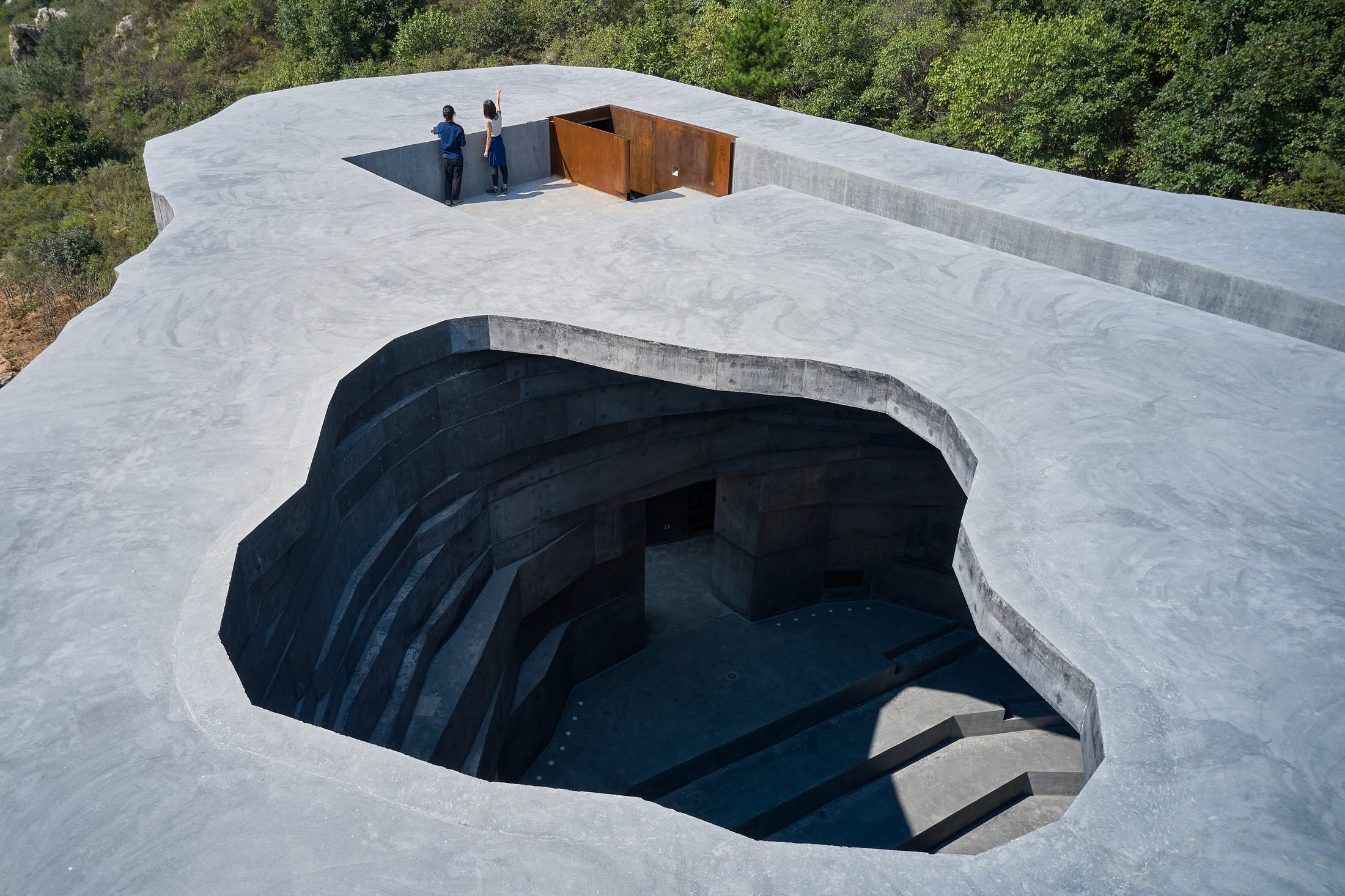 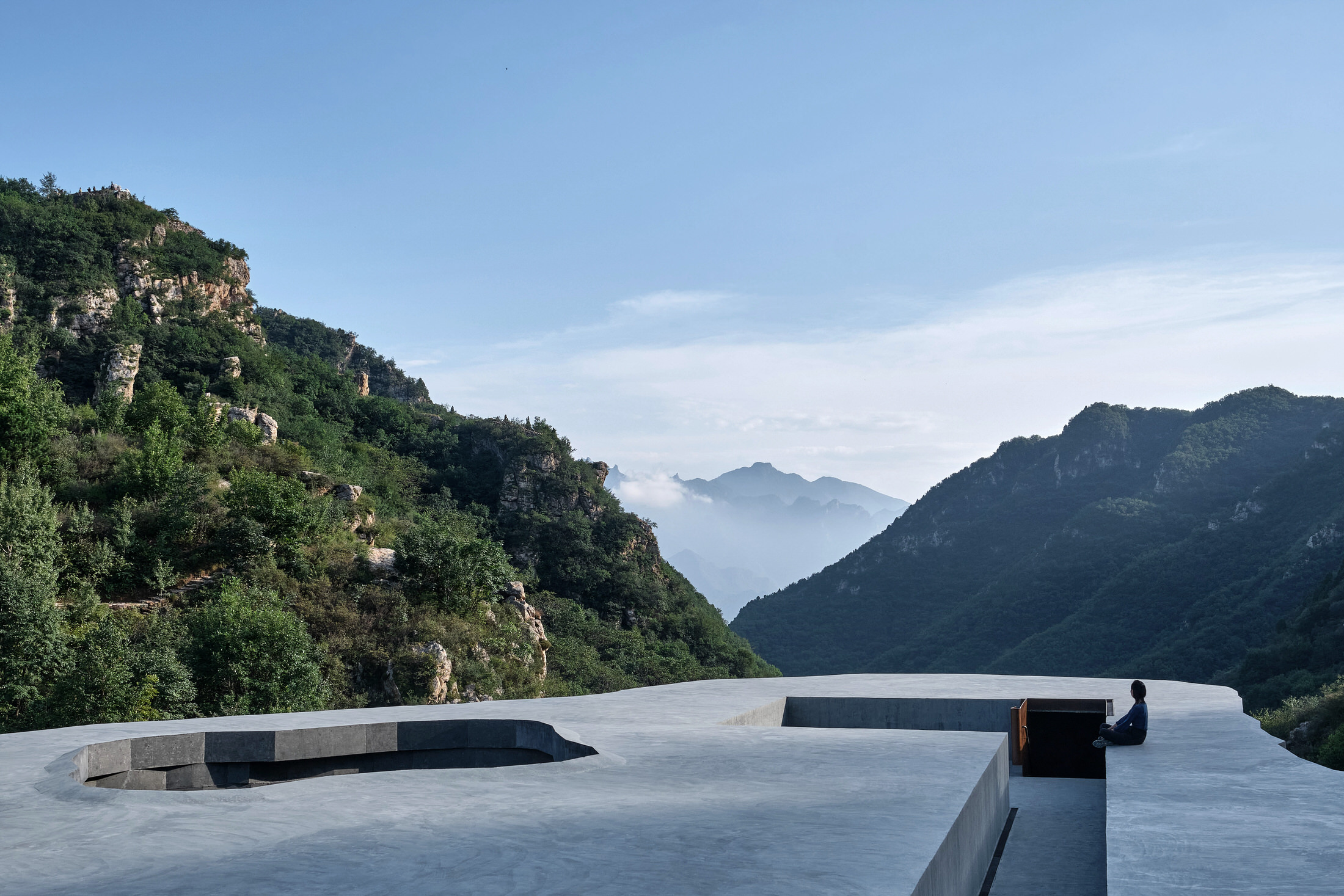 Elements and sounds of nature come together as a harmonious unit within ’s Chapel of Sound. Located in Chengde, northeast of , and near the base of the remnants of the Great Wall of China, Chapel of Sound is an immersive sculpture that pulls inspirations from both Western and Eastern influences, presenting an ethereal concert hall experience.

The project commenced with a brief that requested a “semi-enclosed concert hall into a forest mountainside” something which the architects deemed “too good to be true”. Although, it paved an intriguing opportunity for the team to redefine the shape and purpose of a . Through countless sketches, modelling, and more sketches, Chapel of Sound eventually emerged as a sculpture that appeared otherworldly while still blended seamlessly within the valley of the mountains. 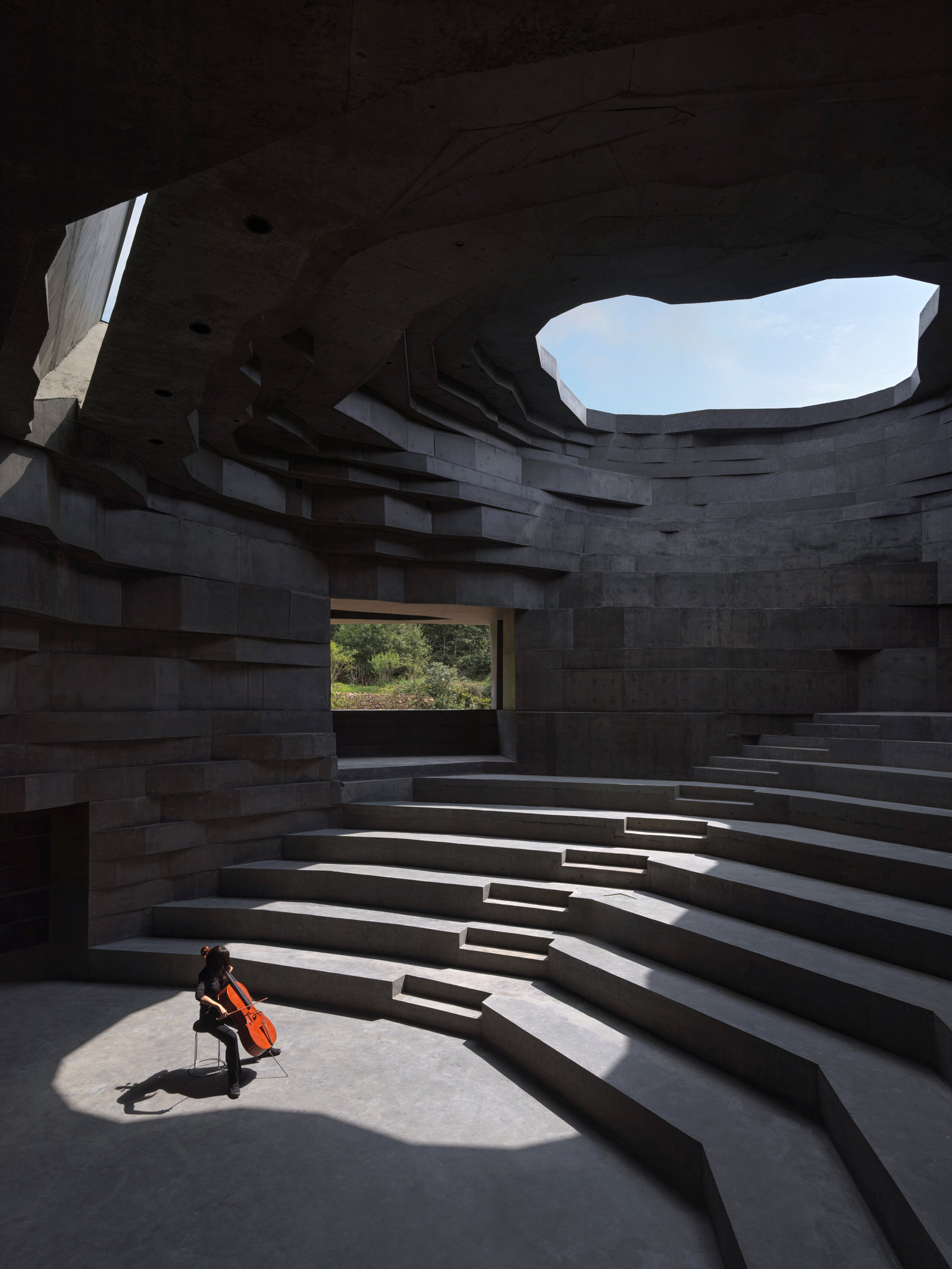 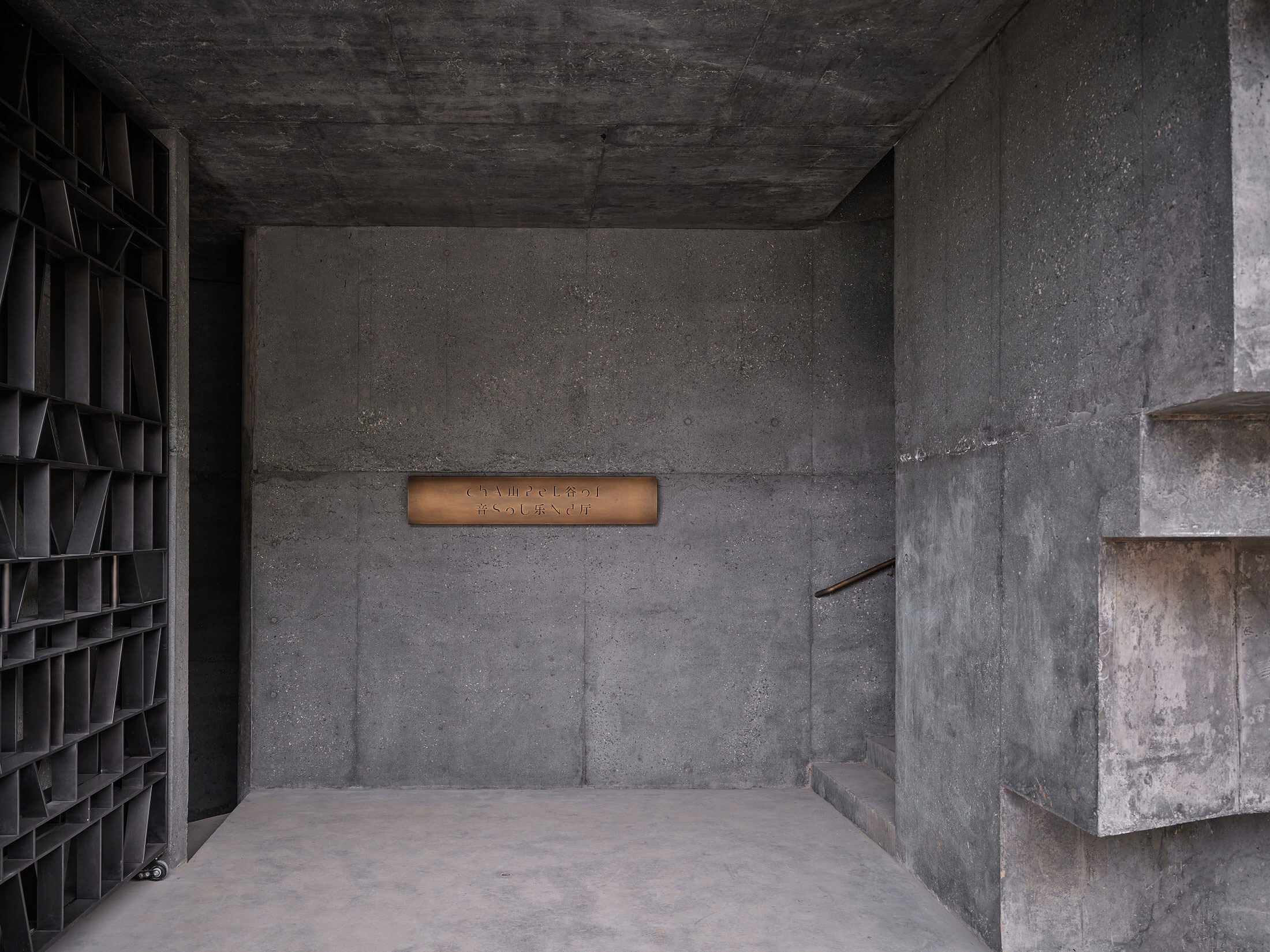 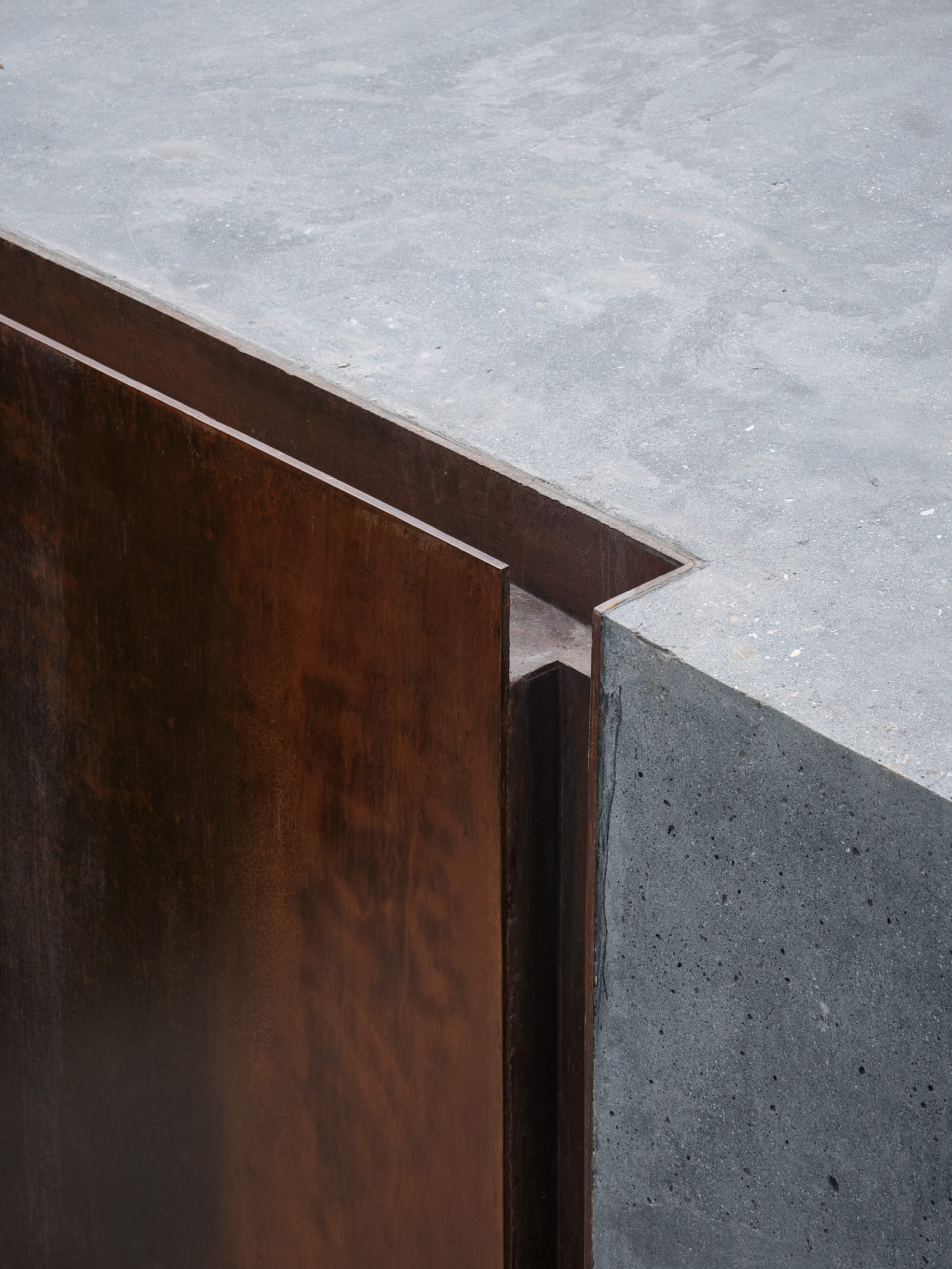 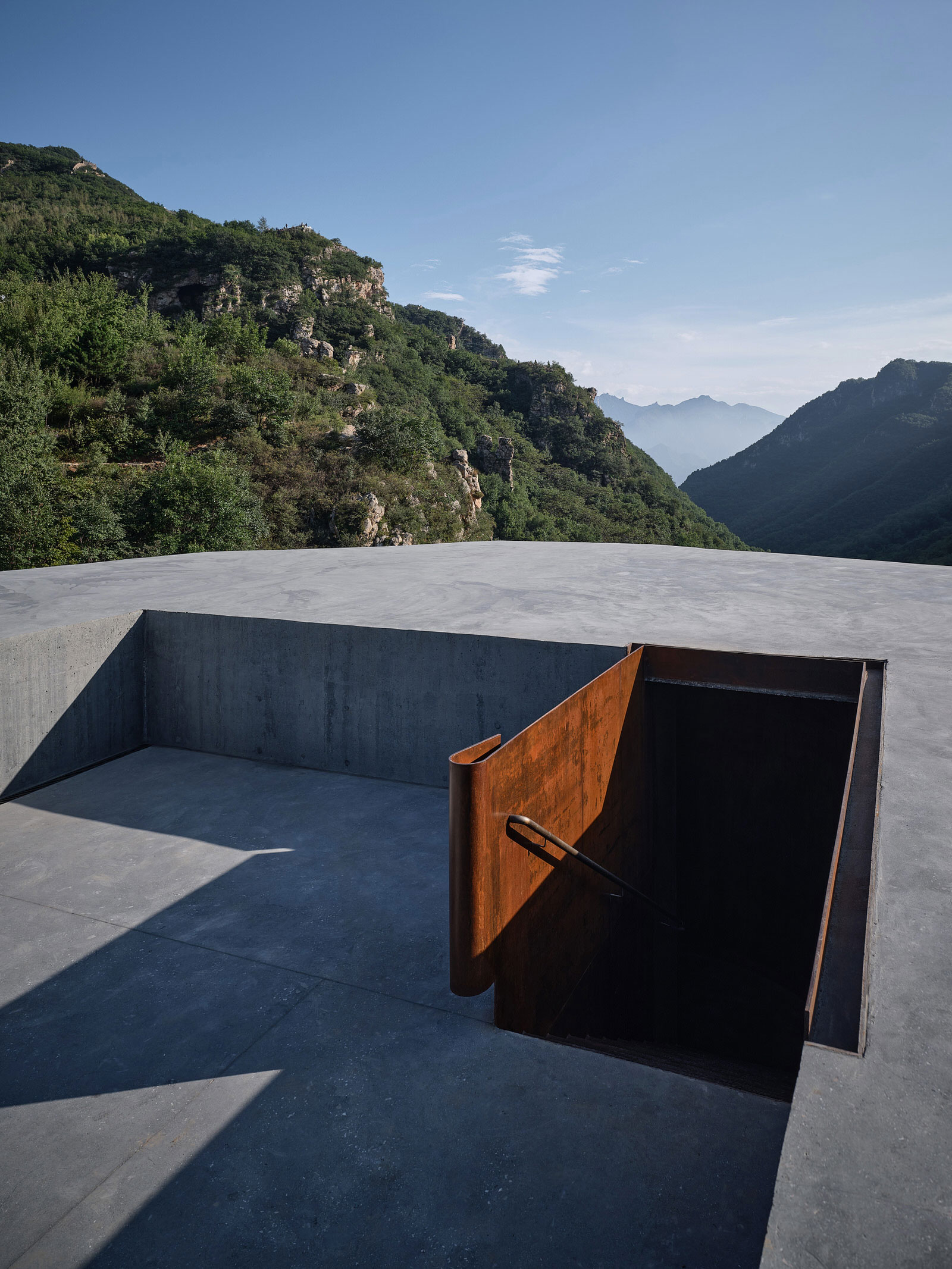 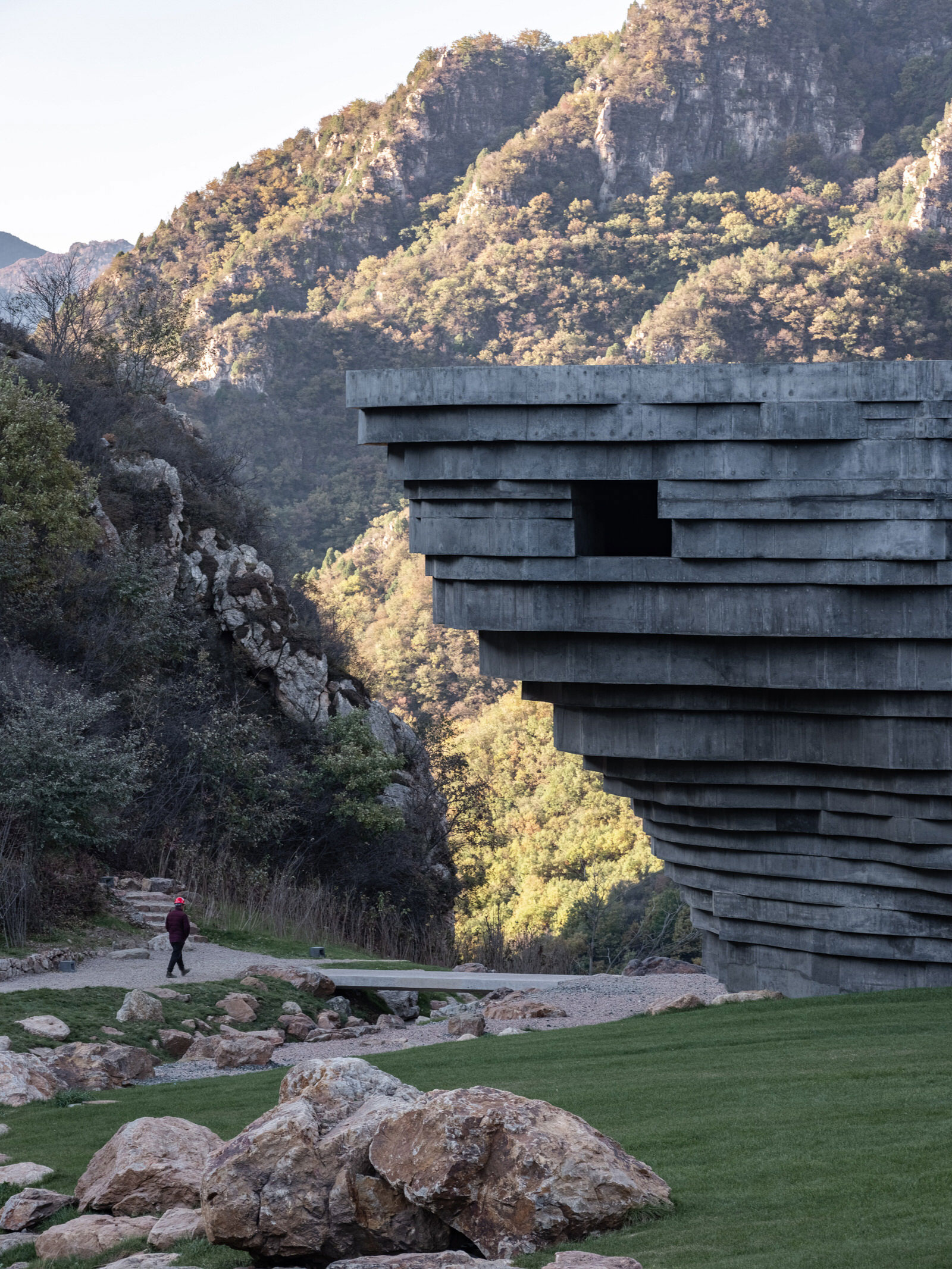 The building touches the ground with a minimum footprint. Photo: Zhu Runzi.

Conscious in creating an architecture that would cause minimal disturbance to the flow of the site, as well as minimise complications of construction, the building manifested as tiered coral emerged from its century-old slumber. It’s unmissable yet utterly missable, due to its dark materials composed of a combination of mixed with an aggregate of crushed rock. However, when looking from afar, the structure can be perceived as a descended alien object, serving as a tourist attraction and a potential purposeful landmark for the locals as well.

Measuring 790 square metres internally, the layered building has four spaces carved out—the concert hall located in the centre with the green room below; a viewing balcony facing towards the mountains and an outdoor concert carved on the opposite end which audiences experience from a slightly sloped hill. These spaces, exposed by the layered concrete structure meticulously poured on site, are interconnected by weathered bronze. Similar materials are also used at the doorways for a balanced effect. 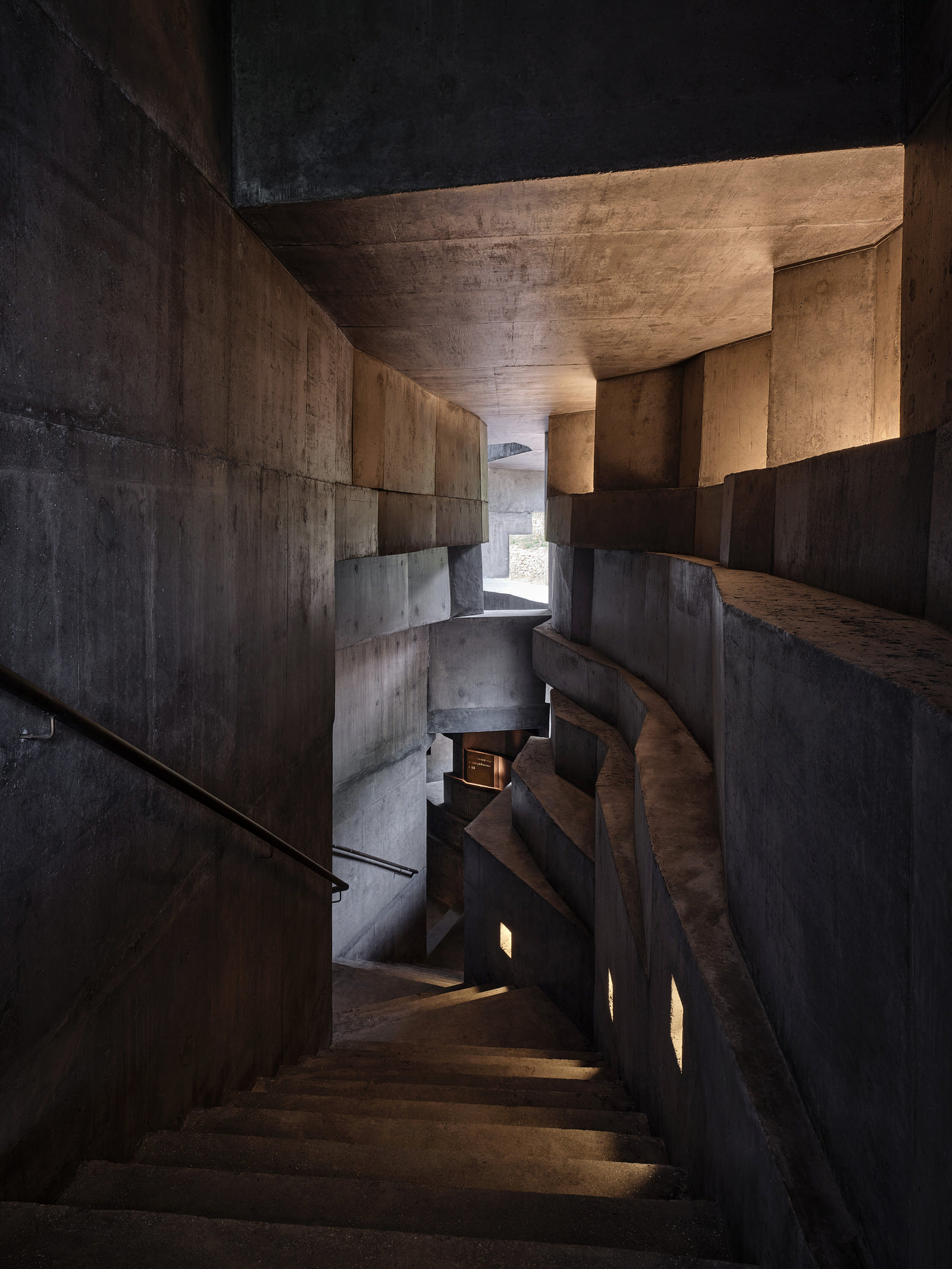 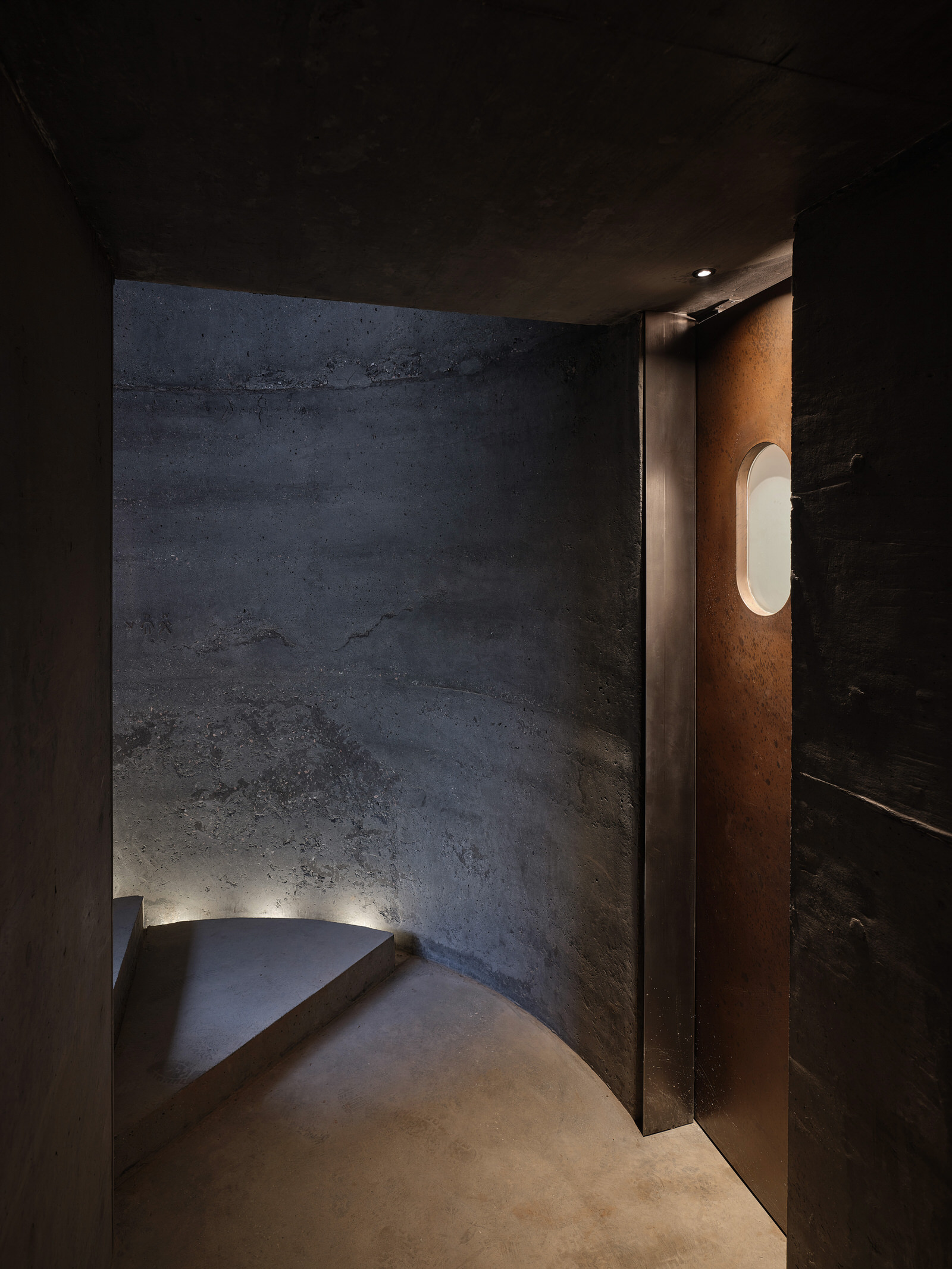 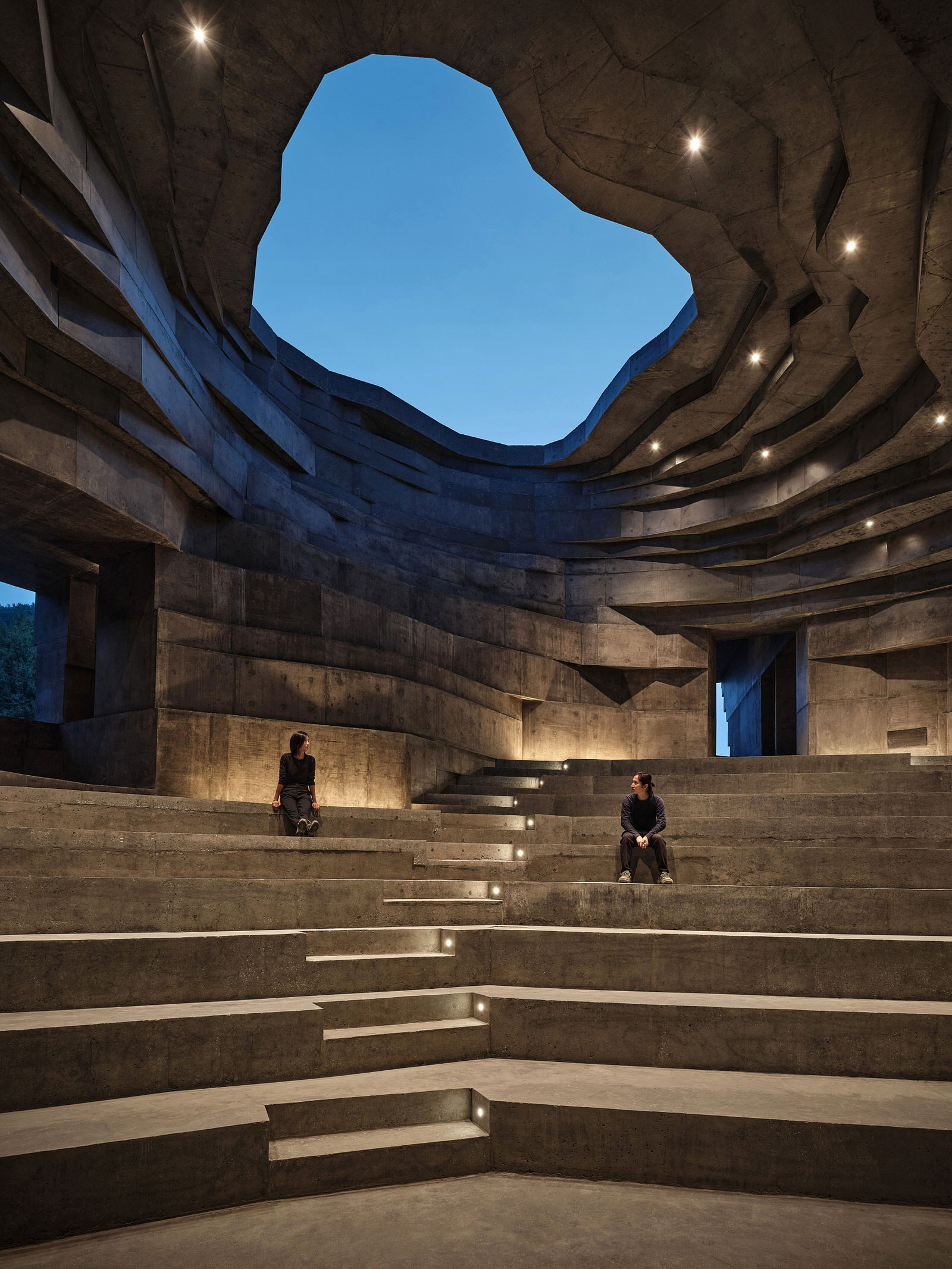 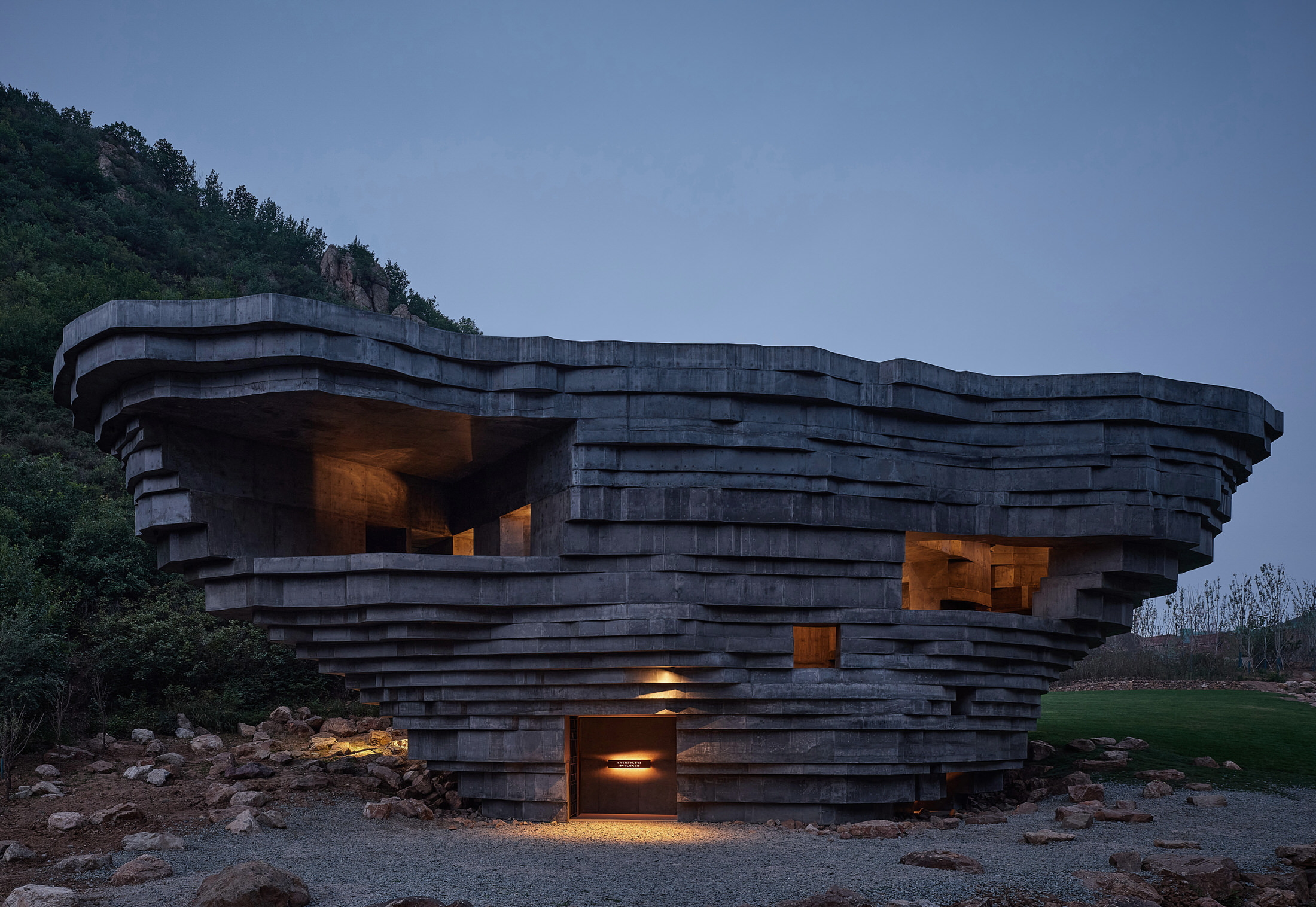 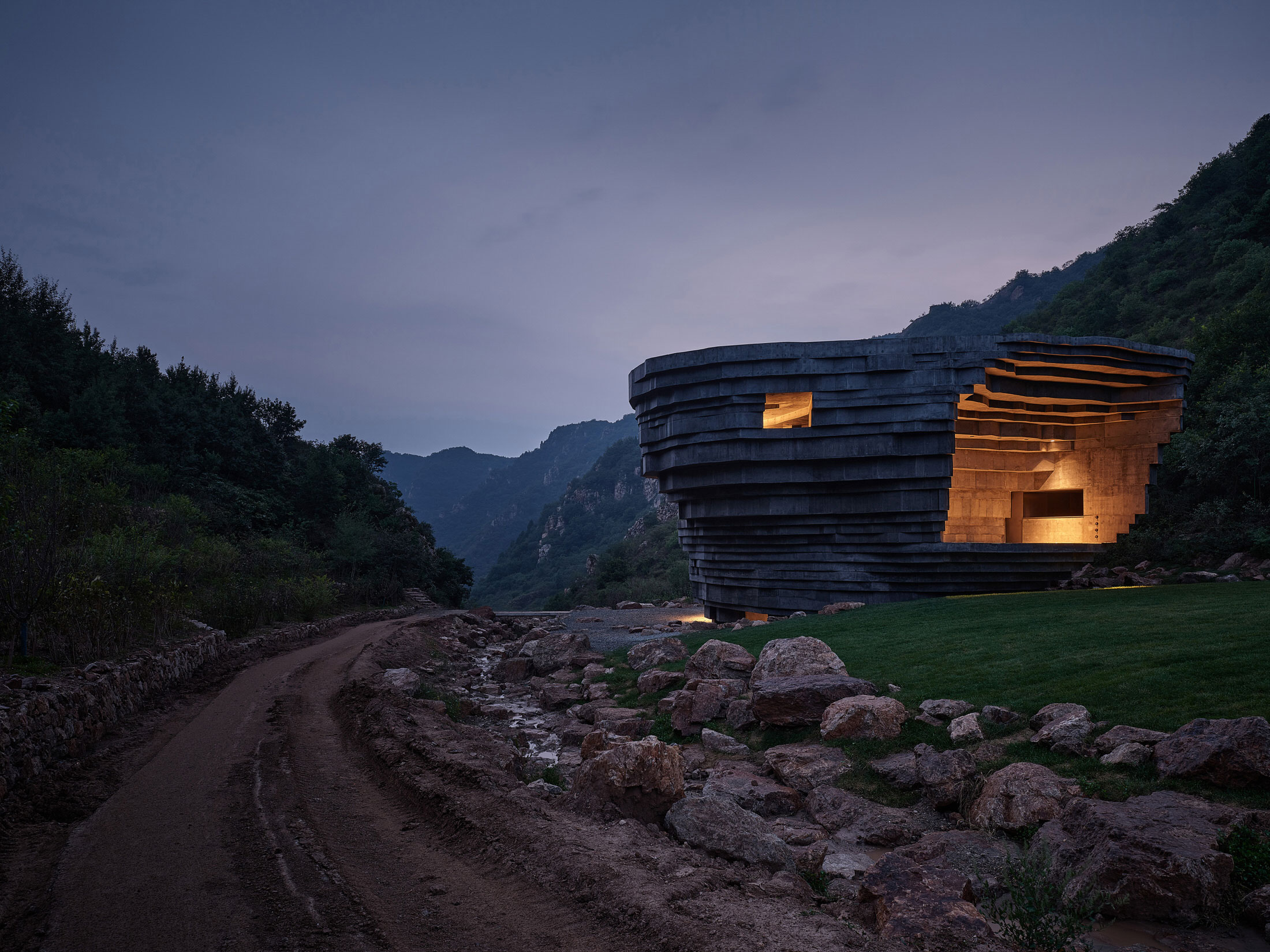 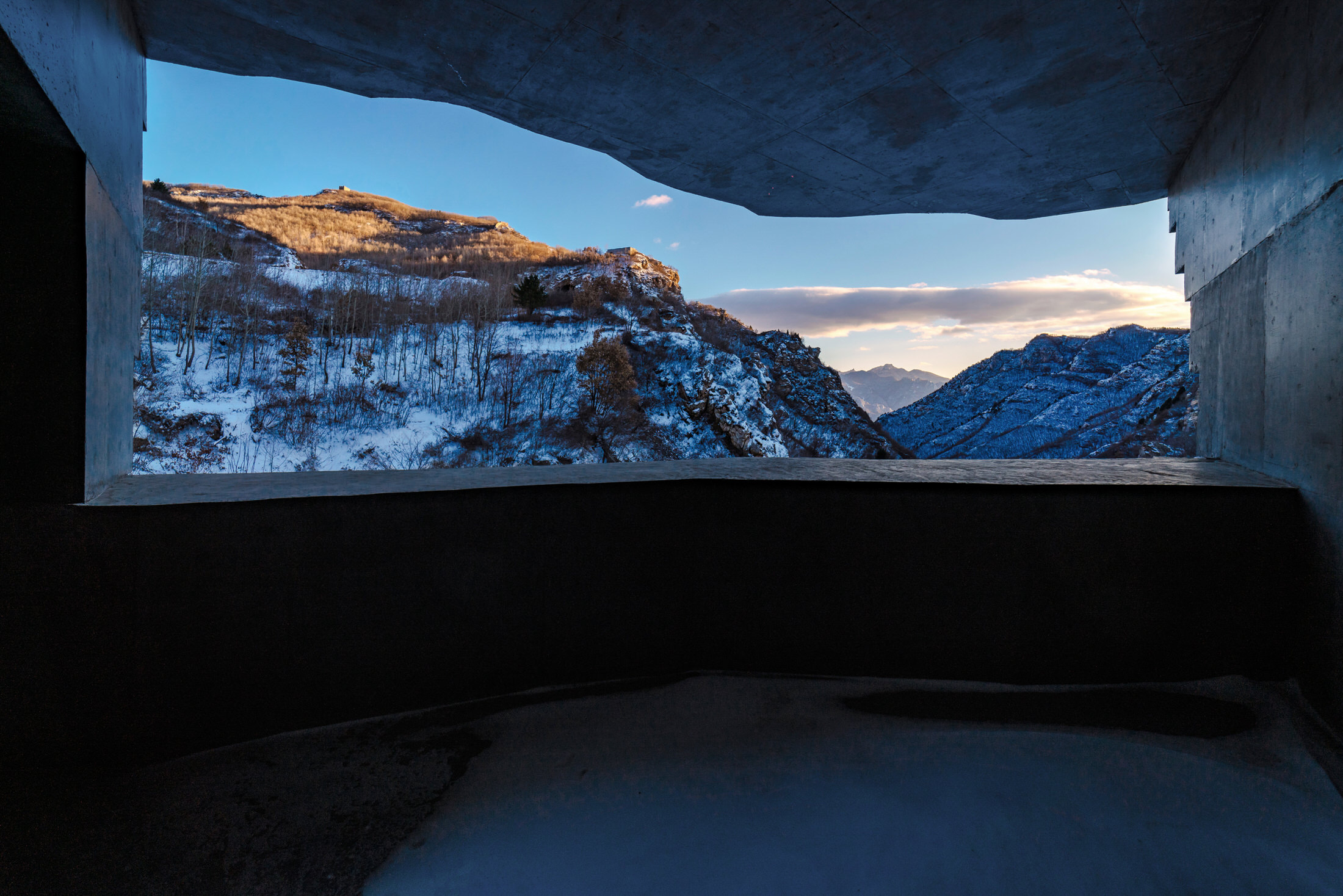 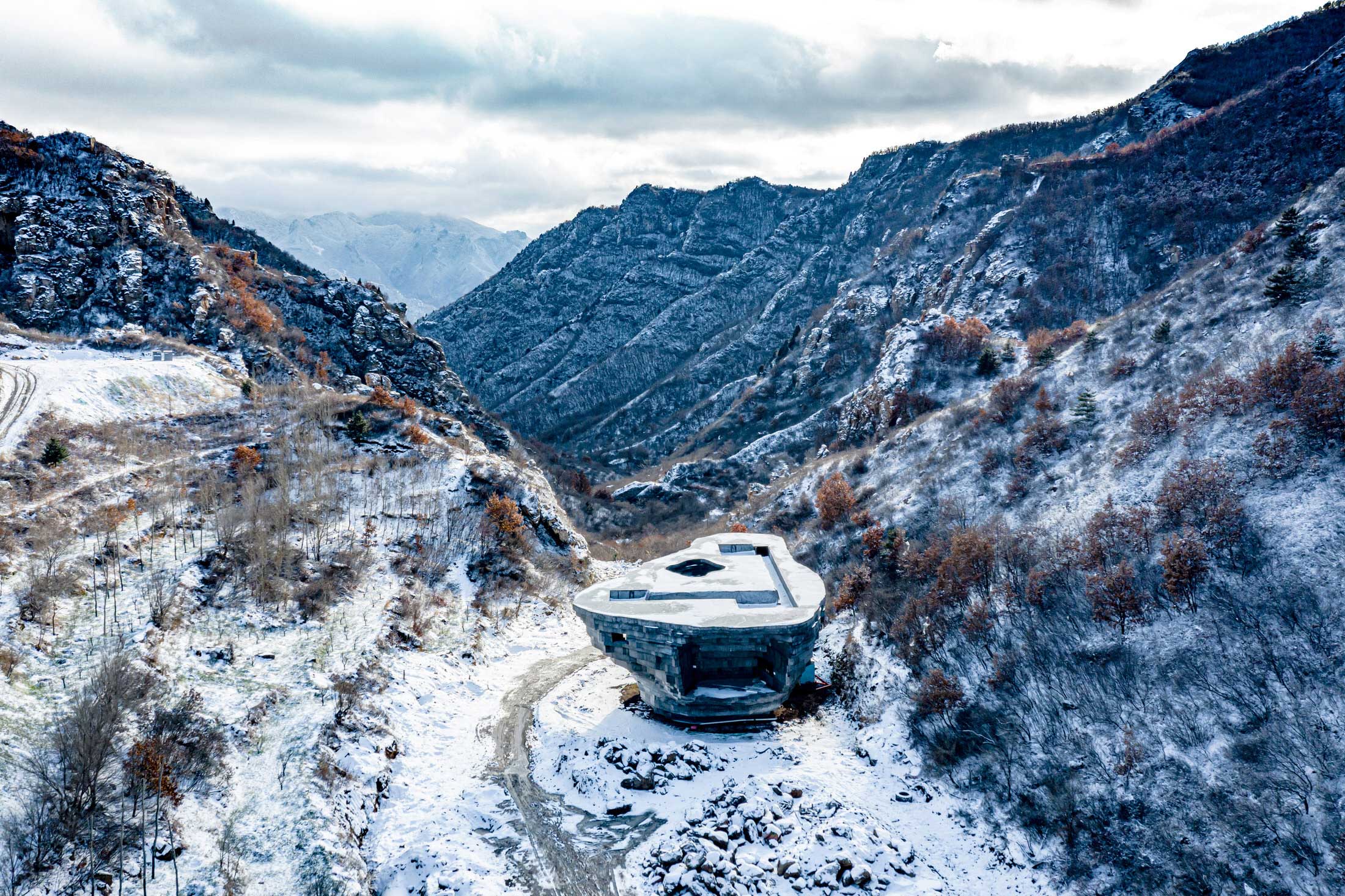 Inspired by research and the shape of the human ear, the theatre’s openings coupled with the concrete mixture form optimal listening experiences. Also inspired by the characteristics found in the Pantheon, these openings allow for effective ventilation and temperature control within. In what now feels like the internal of a conch shell, Chapel of Sound beckons nature to enter and exit the architecture at will. When it rains, sounds of water dripping will meld with performers, when the wind blows, a soulful echo carries the songs across.

A sight to behold itself and an experience that is otherworldly, Open Architecture’s Chapel of Sound is a blissful and poetic addition to the landscape. Though monolithic from afar, it is only when upon entering the space that a sense of serenity descends. The silence that may once feel overbearing suddenly becomes a unique melody, that’s a serenity to the ears.