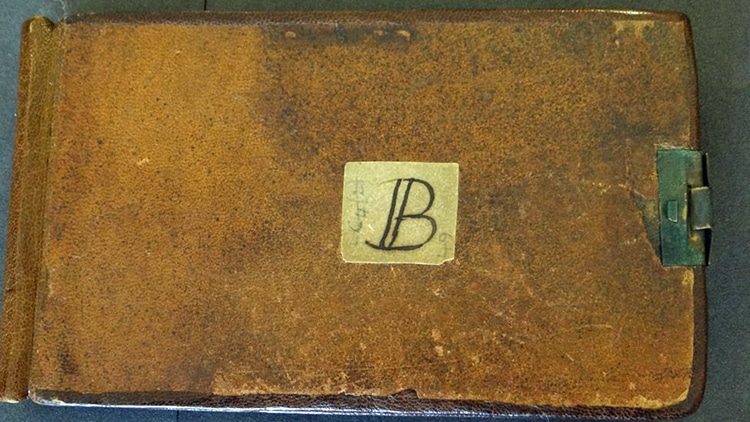 One of the stollen notebooks now returned. (Photo: )

In November 2000, Cambridge University librarians received a request to pull two precious items from their collections for photographing. The two items were notepads that once belonged to Charles Darwin, which contained his notes from the 1830s after his return from the Galapagos Islands. The notebooks mysteriously vanished from the library, an unexpected crime and devastating loss for the collections. In a surprise twist, the notebooks have at last been recovered—left in a gift bag in the library under as mysterious circumstances as they once vanished.

The notebooks contain Darwin’s famous “Tree of Life” sketch, among other notes which helped form his theory of evolution. The precious documents were initially thought to be miss-shelved among the 10 million books in Cambridge University Library collections. However, the books failed to reappear; and after many years, authorities concluded they had been stollen. In 2020, Cambridge University Librarian Dr. Jessica Gardner, Cambridgeshire Police, and Interpol began a vocal quest for the missing items.

On March 9, 2022, employees found a pink gift bag in a public area of the fourth floor of the library. Inside were two books wrapped in plastic and a note. The unsigned, typed card reads: “Librarian, Happy Easter, X.” The area where the books were deposited has no cameras, but the general entrances of the building are surveilled. While police are investigating the theft and mysterious return, librarians and scholars are just thrilled to have the precious notebooks back.

“There have been tears,” said Dr. Gardner to . “And I think there still will be, because we are not over the emotional rollercoaster. It means so much to us to have these home.” By analyzing the ink, paper type, copper fastenings of the notebooks, and the contents of the pages, scholars were able to verify their authenticity. “I do wonder where they have been,” Dr. Gardner says. “They haven’t been handled much, they’ve clearly been looked after with care, wherever they have been.”

Certainly not all stolen artifacts receive the care which these notebooks clearly did. Many questions remain. Who stole the notebooks? Why did they return them? Are we dealing with a repentant thief, a morally corrupt book collector? Did someone find the books in another’s belongings and return them without identifying the thief? The answers are elusive, but surely the mysterious person is right about one thing: it will be a happy Easter at the Cambridge University Library.

On March 9, 2022, employees found a pink gift bag in a public area of the fourth floor of the library. 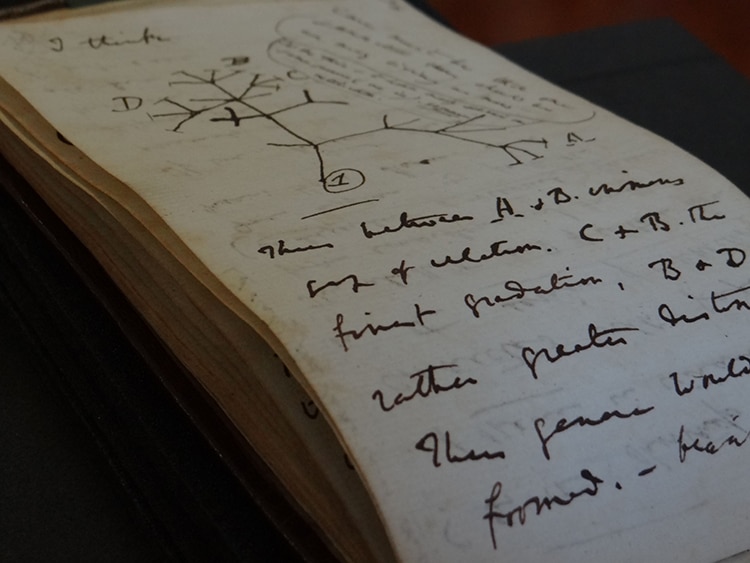 Inside were two plastic-wrapped notebooks containing notes on evolution by Charles Darwin. 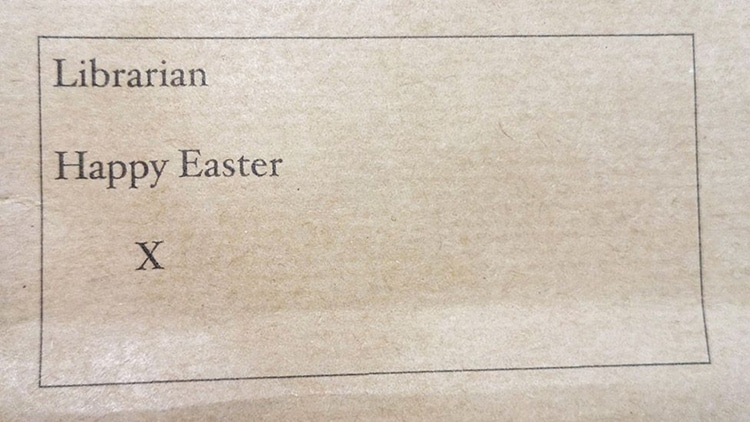 The mysterious note included with the returned notebooks. (Photo: )

The notebooks were stolen in November 2000, but for many years librarians at the University of Cambridge were unsure if the books were merely lost. 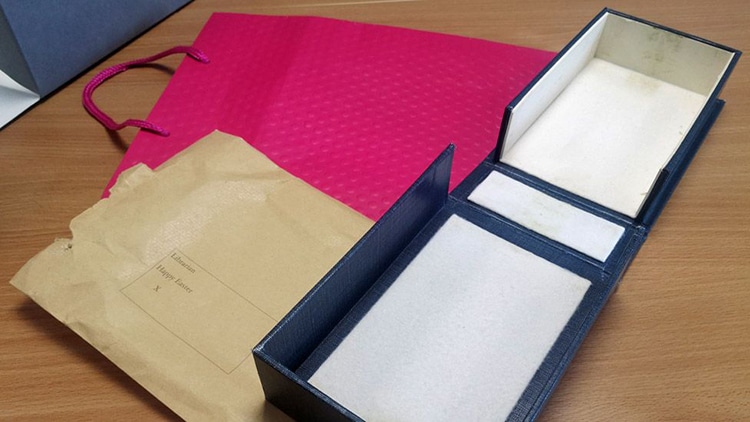 Gift bag in which the stollen books were returned. (Photo: )

Not much is known about the thief, or why the books were returned, but it came with a note that reads, “Librarian, Happy Easter, X.” 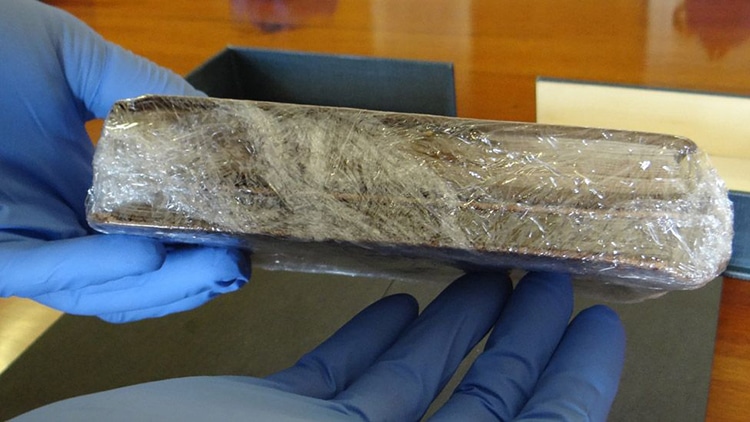 The notebooks were returned wrapped in plastic. (Photo: )

The answers are elusive, but surely the mysterious repentant thief is right about one thing: it will be a happy Easter at the Cambridge University Library. 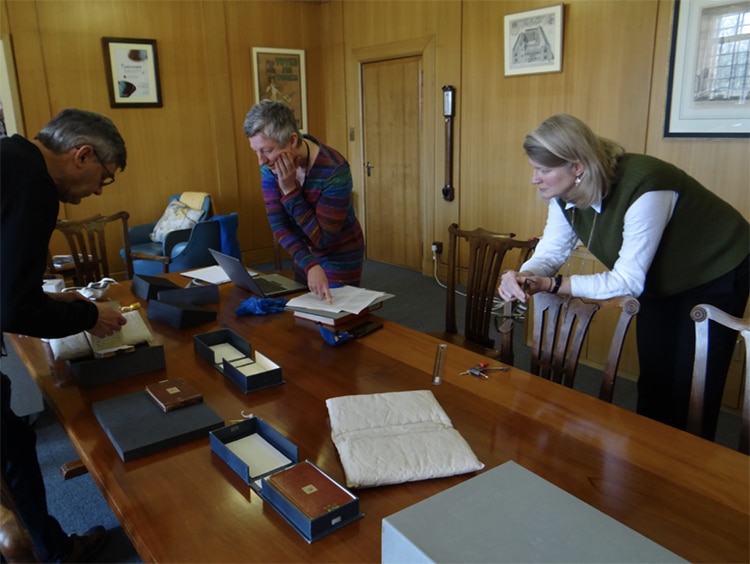