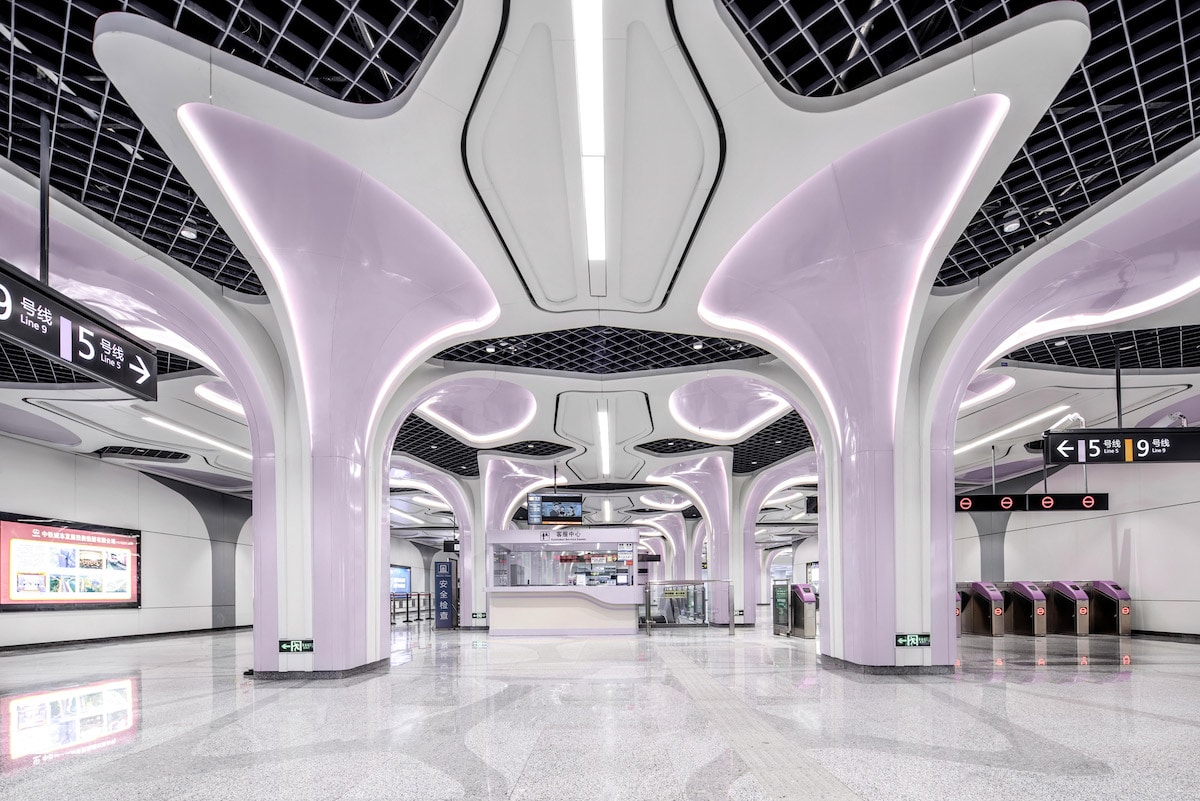 If you love traveling via train, Chengdu’s recently opened is a must-see. The futuristic stations are completely automated and designed to operate without any human workers. Interiors were designed by , , and with dynamic sweeping geometries highlighted by unique lighting designed by BPS Electrical and Mechanical. These sleek architectural elements combined with their automated functionality make the Chengdu Metro Stations part of a unique transit experience.

“Our main aim in the design of Chengdu Metro Stations was to provoke emotions,” explains the founder of Sepanta Design, Reza Esmaeeli. “There are some metro stations around the world that do that, but not many. Metro stations in Central Moscow are a great example of how to take the design to another level and go beyond the functional and regulatory requirements. Chengdu Metro Stations are not going to be merely points of transit. They are going to be memorable spaces that offer their passengers an artistic and futuristic expression of their own culture.” 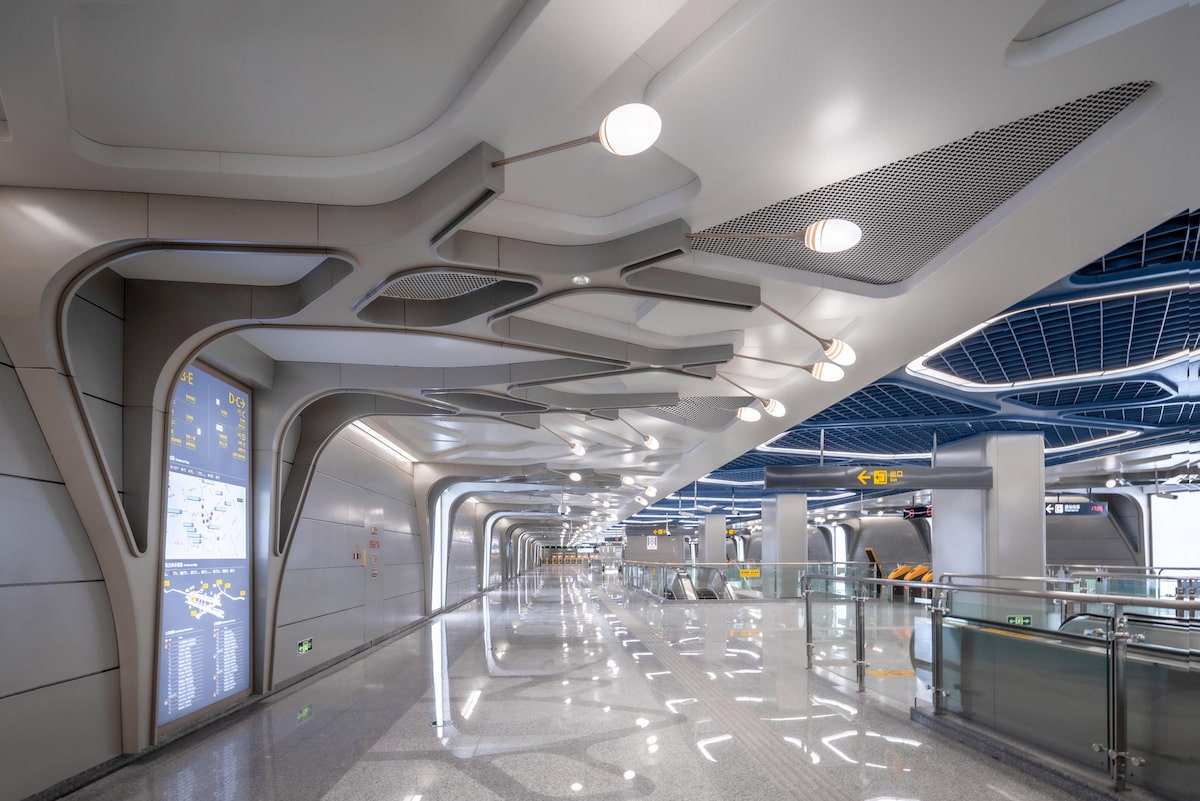 The designers expressed the texture of local culture while rendering it in modern and futuristic materials. Specifically, J&A Designers and Sepanta Design describe that they were inspired by traditional embroidery made of Sichuan silk. The weaving and continuity of lines of silk are represented in thin structural members designed with the same dynamic movements. This common theme can be found throughout all of the line’s 13 underground stations.

Though all stations represent the bright future ahead for Chendu, each is designed as a slightly different version of either feature stations or artistic stations. One clear distinction between stations is the main color highlighted in columns and wall panels, meaning that regular commuters will recognize the stations that they frequent. As you scroll, look out for the unique architectural elements that distinguish each station and represent local culture and a progressive future. 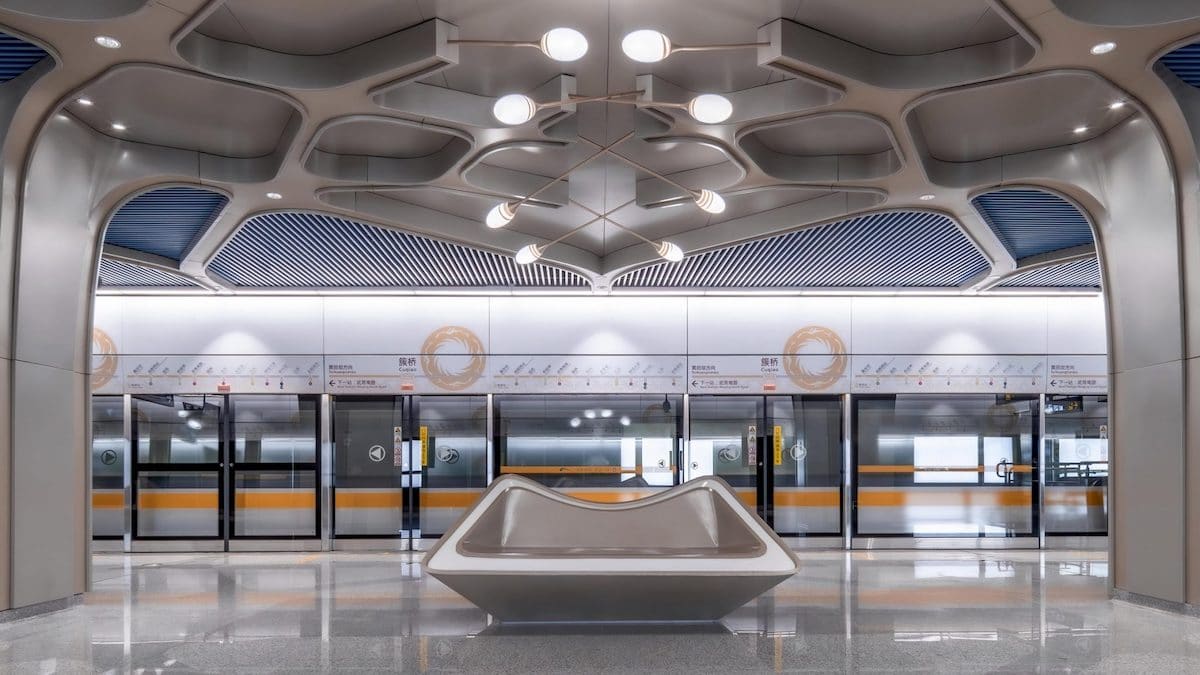 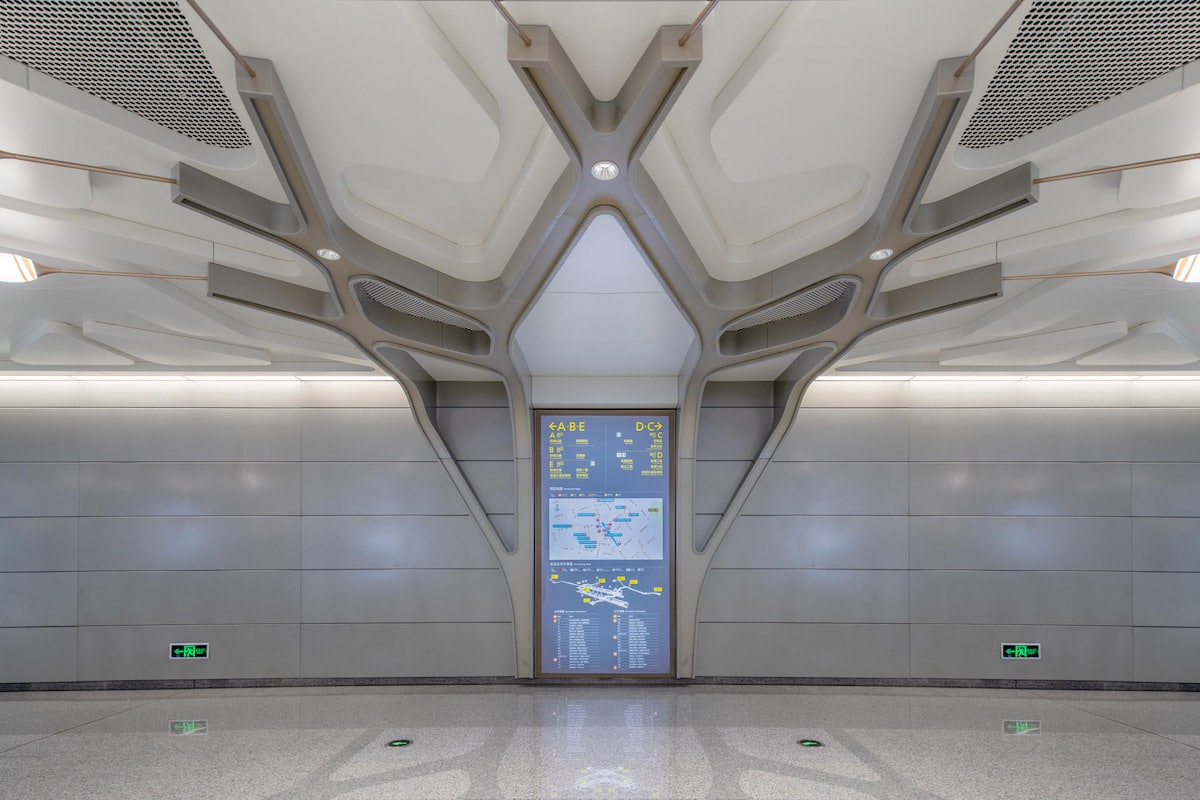 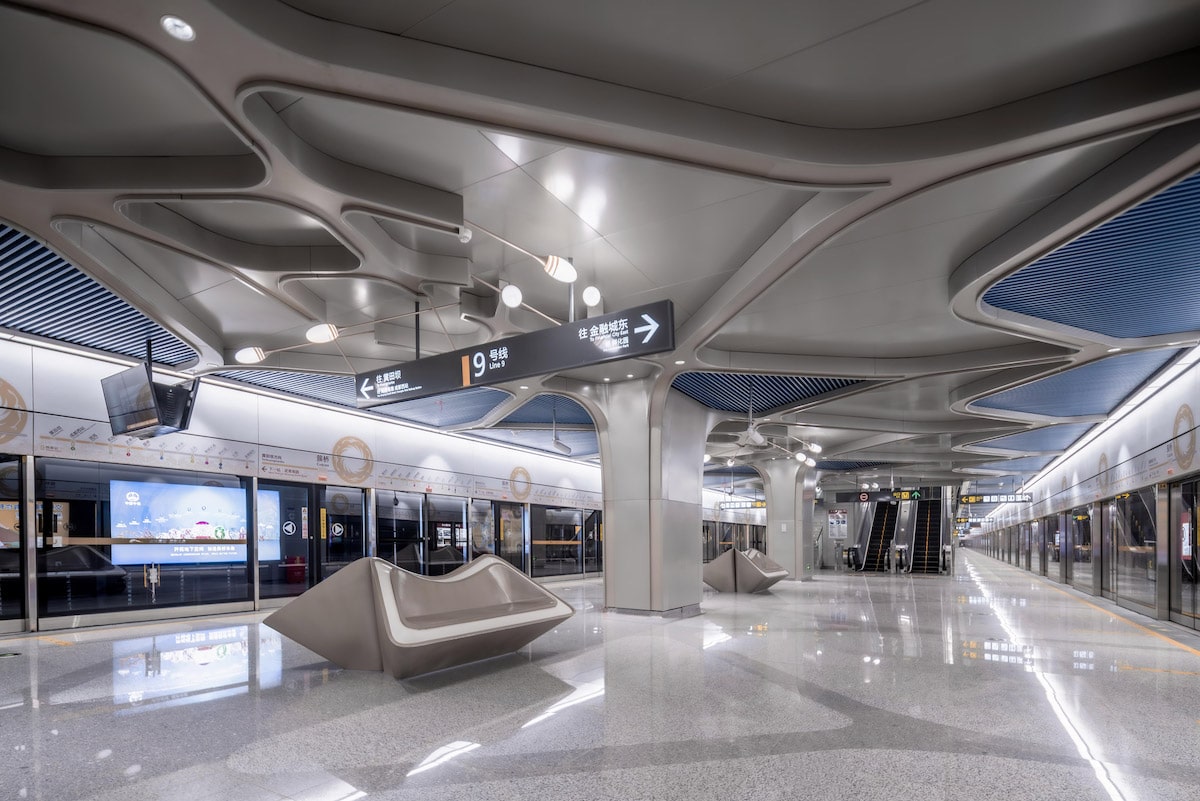 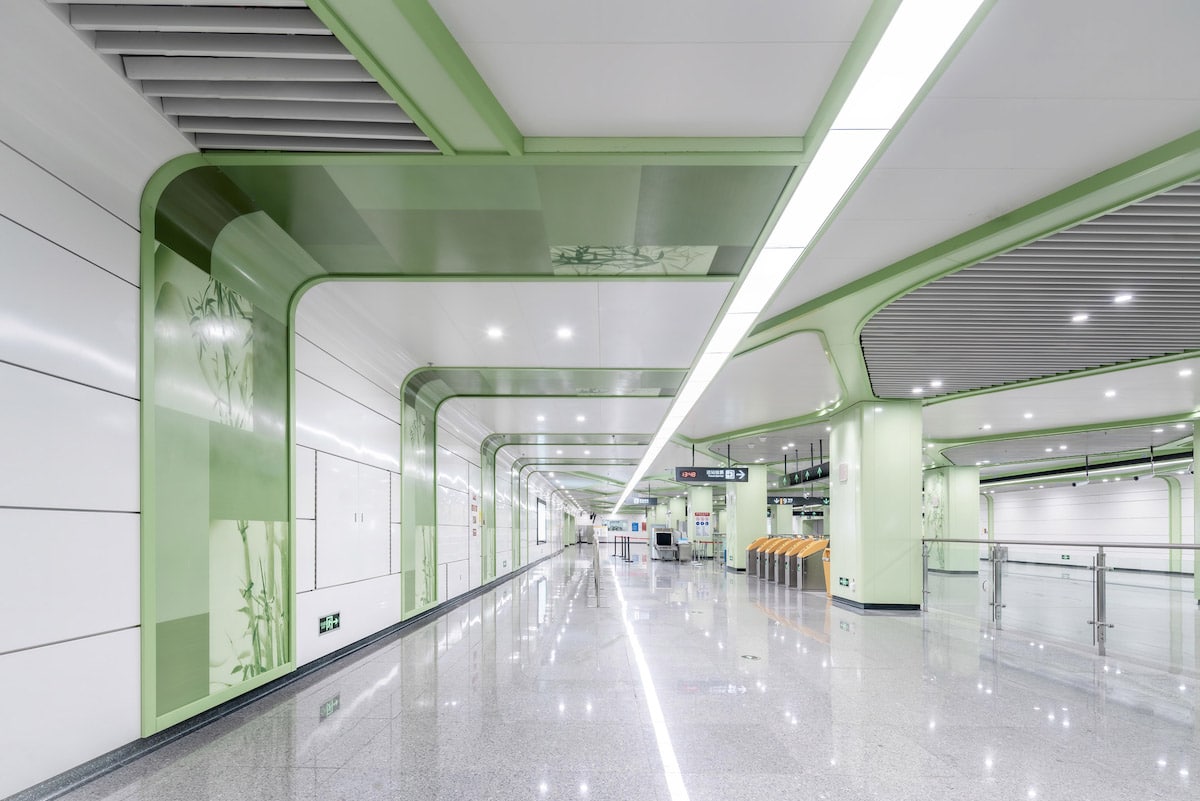 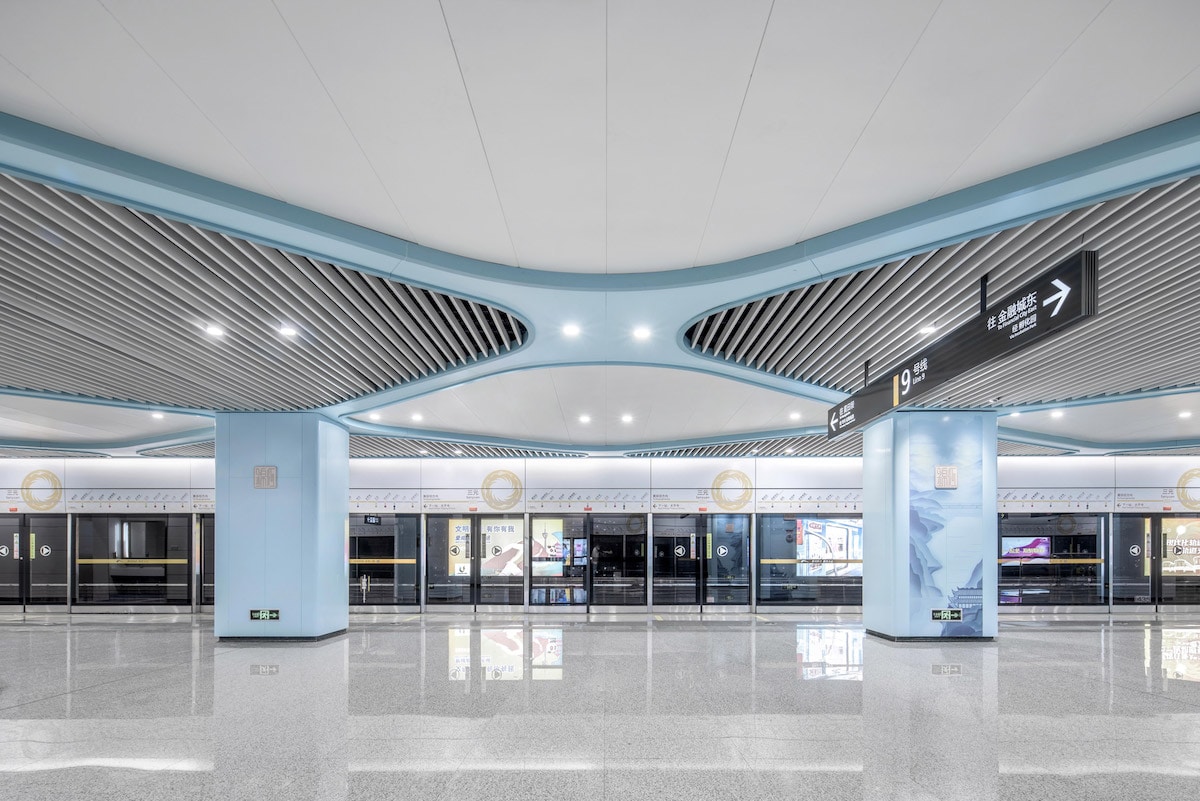 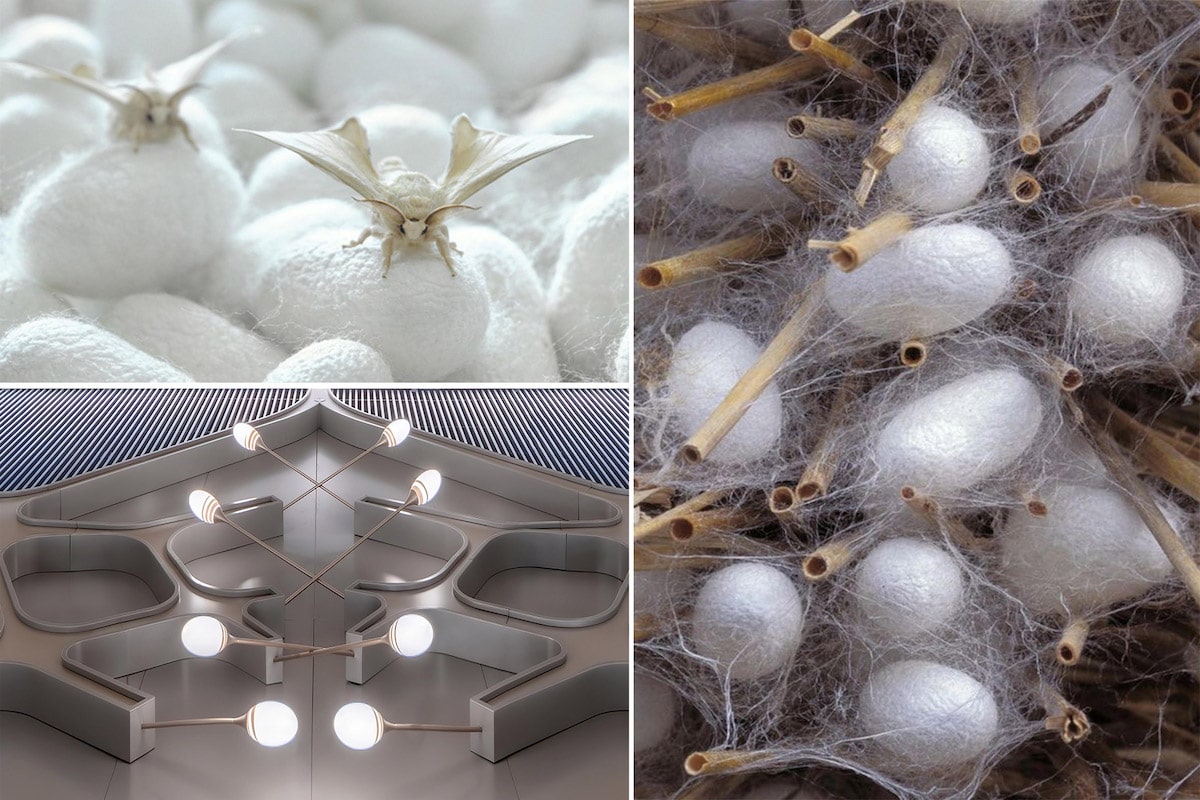 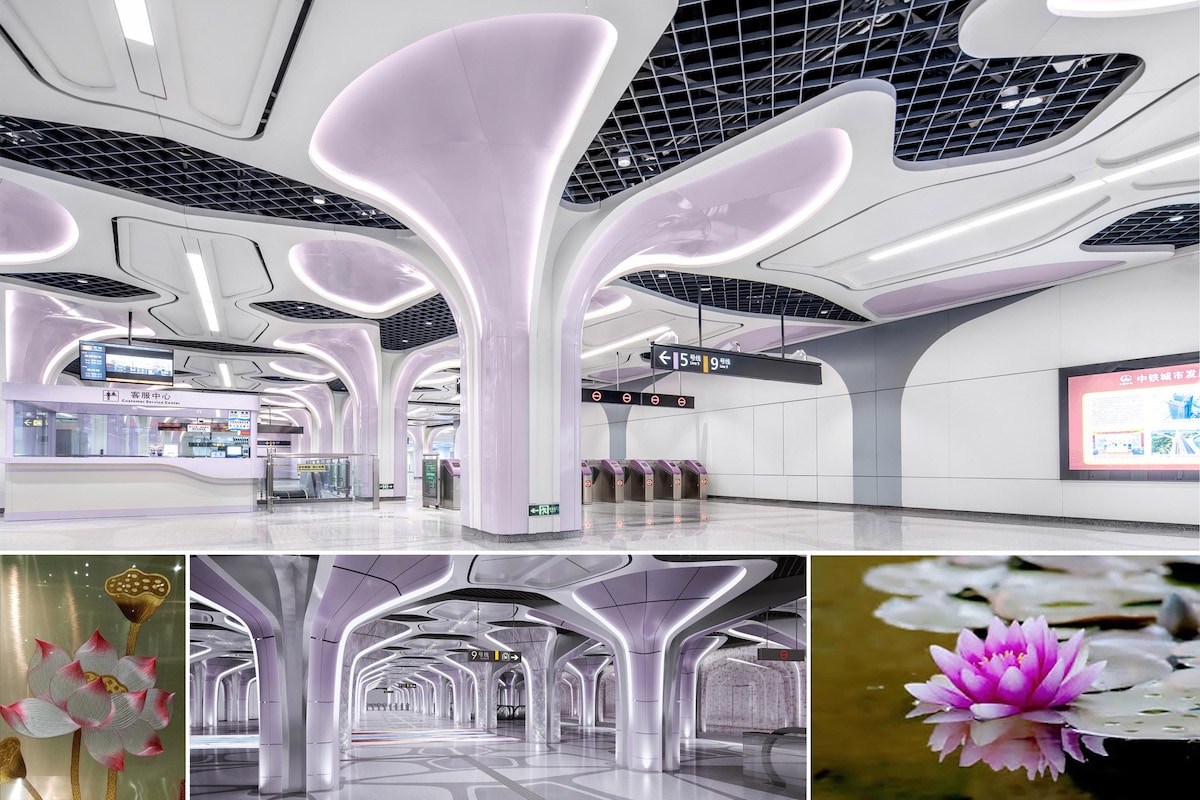 All images via CHAPA.