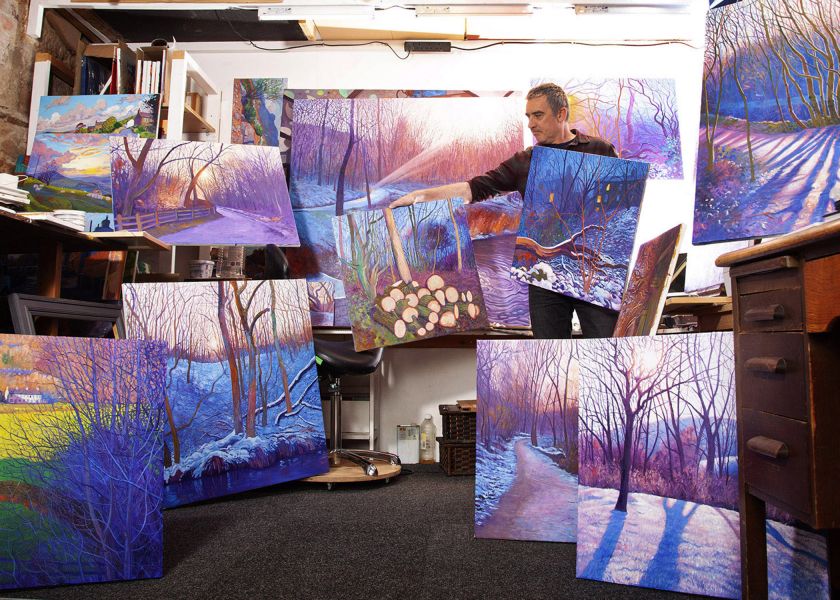 Lancashire-based artist has turned to painting landscapes dominated by trees as a way to get through tough times ever since 2001. And during the lockdown earlier this year, he decided it was time to pick up his paintbrushes again and finish his series called Dream Trees.

Currently on display in his studio at Woodend Mill in the Pennine Gallery, Dream Trees is a series of beautiful watercolour and oil treescapes that make striking use of colour, texture and perspective. Painted from the back bedroom of the self-taught artist’s house, they depict the wooded areas near his home where Chris would during times of reflection and reconnect with nature.

The captivating, large scale paintings were originally created back in 2001 when Chris had been diagnosed with cancer. Painting the distinctive forms of the trees became a way for him to take his mind off cancer treatments and the emotional stress of that time and channel them into a project instead. 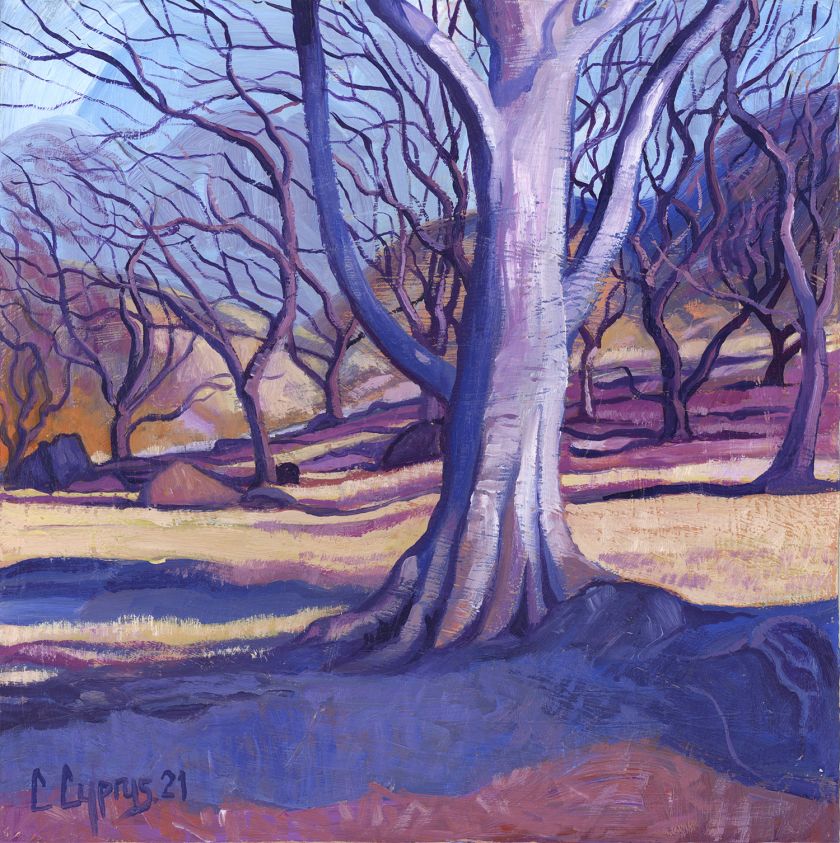 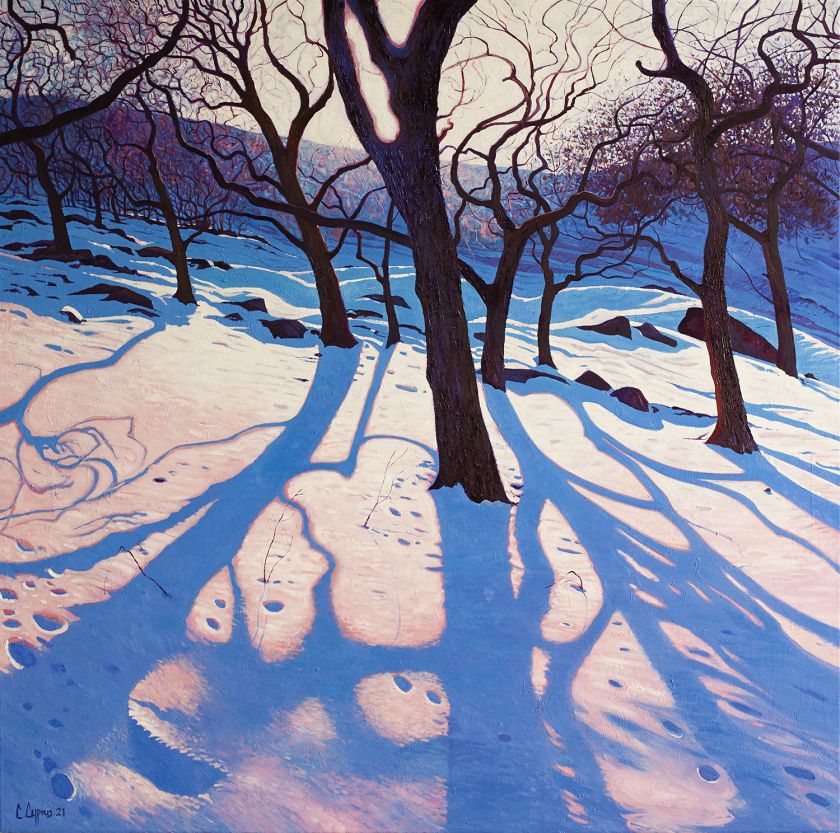 Since then, the dream-like paintings of nearby woodlands had remained in a draw undisturbed. That was until earlier this year when lockdowns once again set in and made life stressful once more.

“I felt like the situation with the global pandemic put everything into perspective again,” Chris tells Creative Boom. “It was similar to the feelings I had when being treated for cancer… a feeling of helplessness, really. I wanted to get back to nature again and reconnect with my surroundings, as corny as that sounds.

“After finding my first series of watercolours in a drawer hidden away for so many years, I realised the subject matter of treescapes was something that truly inspired me to want to paint in the first place, and I had the longing to pick up the project where I left it.

“I decided to start with some large scale oils of local areas where I would go walking during the lockdowns. I felt a huge sense of calm during these walks, and the trees became like friends, a constant in such a horrible situation.” 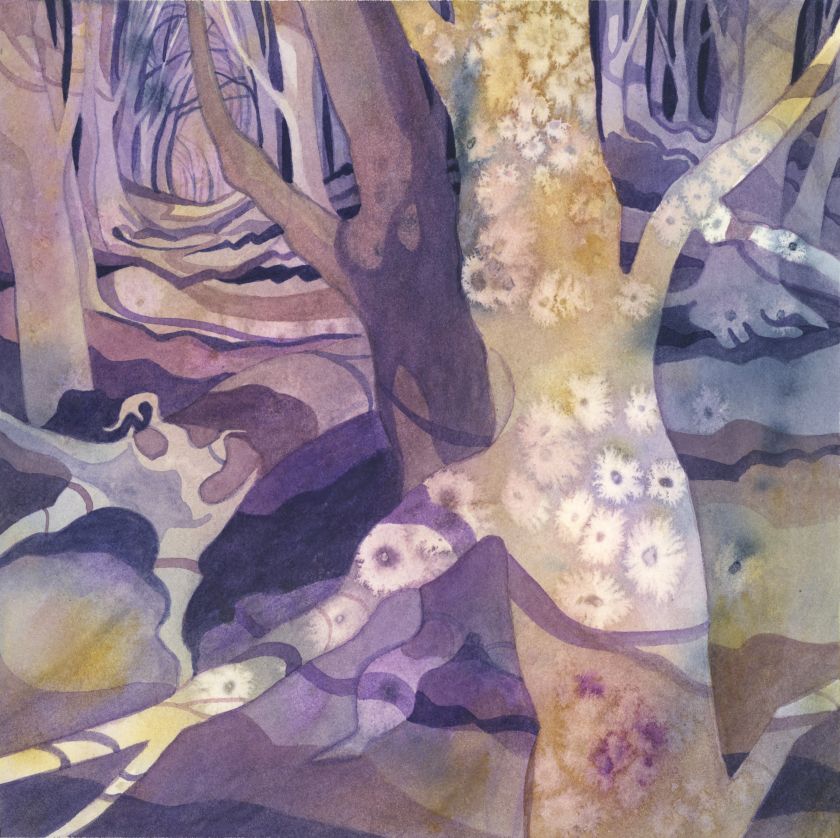 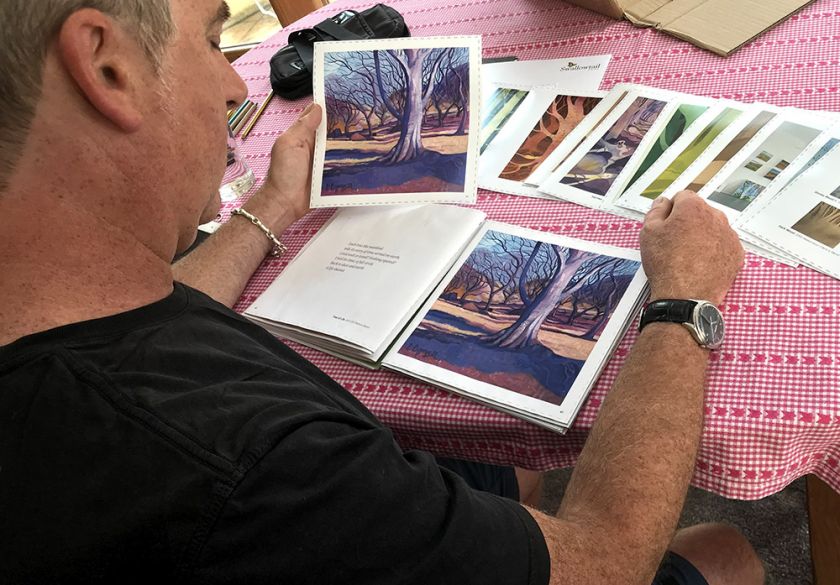 To accompany the Dream Trees exhibition, Chris has also produced an art book featuring all of the paintings on display. Limited to a run of 100 copies, the book will also feature a hand-printed linocut by Chris on the box lid.

Appropriately, a donation from the sales of the Dream Trees book will go towards , a non-profit organisation that aims to reduce extreme poverty and restore healthy forests by employing local people to plant millions of trees. 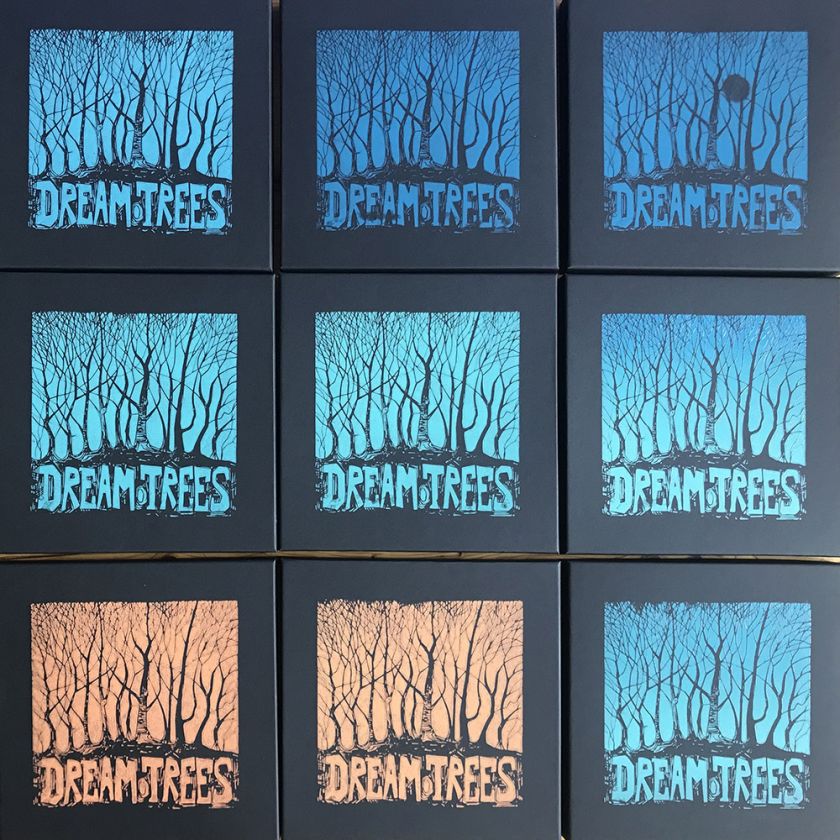