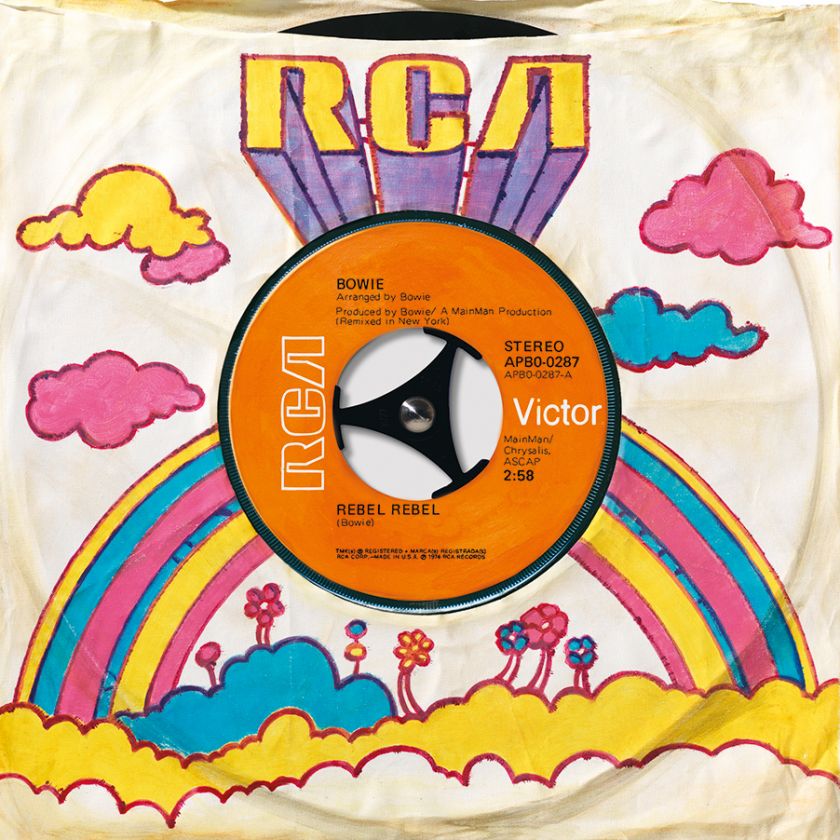 British artist Morgan Howell has transformed classic record sleeves by bands such as The Clash, Madness and Queen into gigantic 3D paintings that proudly wear all their scuffs and creases for all to see. Now, in a new book from Black Dog Press, these works of art have been shrunk back down and compiled into a comprehensive collection:

For readers of a certain age, a record sleeve is more than just a record sleeve. They’re deeply personal connections to the music of their youth, and often these memories are captured in the slight imperfections and annotations of those protective cardboard cases.

To capture this unique connection, Morgan Howell has been turning classic record sleeves into suitably one-of-a-kind art pieces. “Many people come to me with a specific physical copy of a single from their past — it may have names scribbled, love notes, tears and price tags, and l reproduce that precisely,” he explains. And in doing so, he claims to be doing more than creating a painting, but “evoking something in them, sparking a memory.” 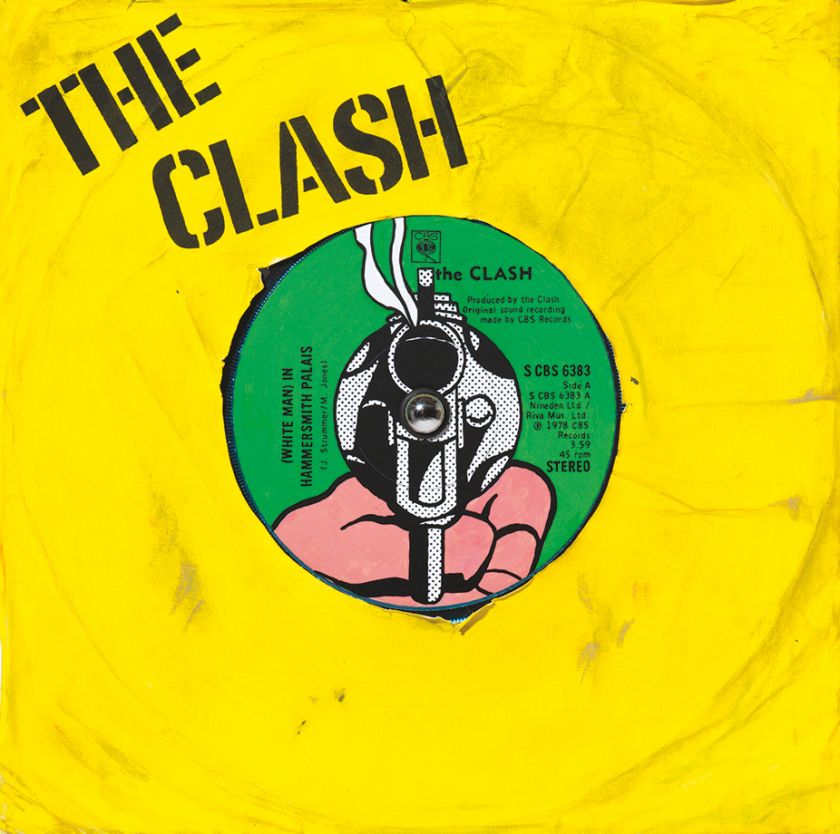 White Man in Hammersmith Palais by The Clash © Morgan Howell 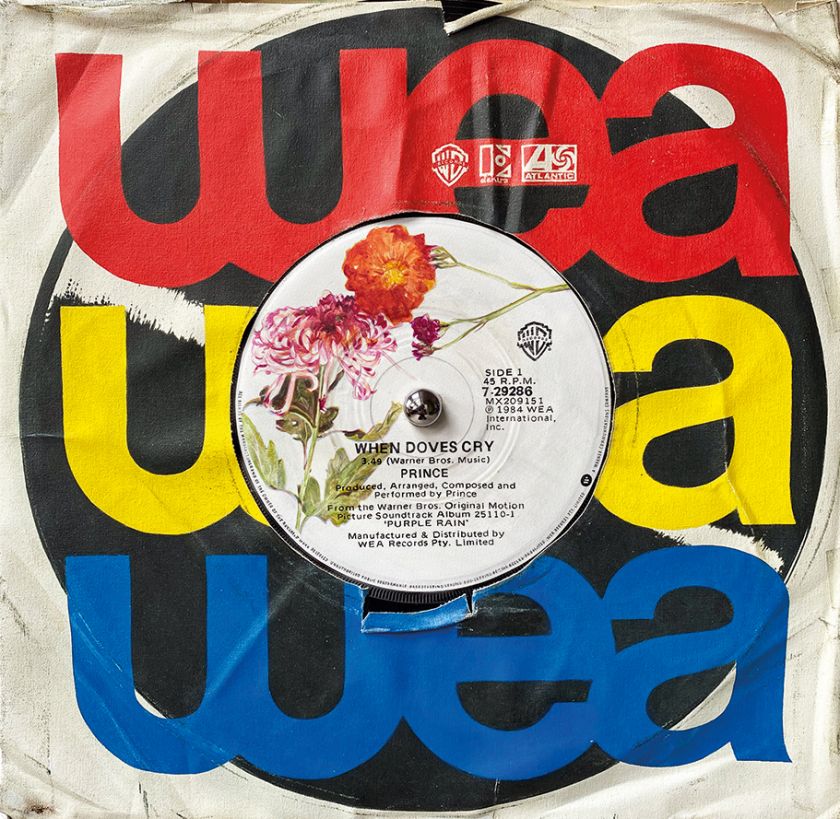 The idea for this project came from how scale can transform the ordinary into an art object. “Henry Moore would do this with a piece of flint from his garden,” Morgan tells Creative Boom. “His maquette would be the size of a car, the finished sculpture the size of a house. I figured I could do the same with an object which has almost mystical power to me. The 7″ single.”

By looking at a single as an object instead of a flat image, Morgan was freed up to create artwork that was sculptural and 3D in nature, as opposed to a flat painting. The gigantic sleeves were hand-painted onto canvas and were shaped by soaking them and then drying them with a PVA emulsion.

“The discs are made bespoke by a model maker and have all the grooves and surface modelling,” Morgan explains. “Some even have the markings on the run-off groove. The label is hand-painted onto paper and then shaped onto the record. The finished piece is then float mounted into the white box frame.” 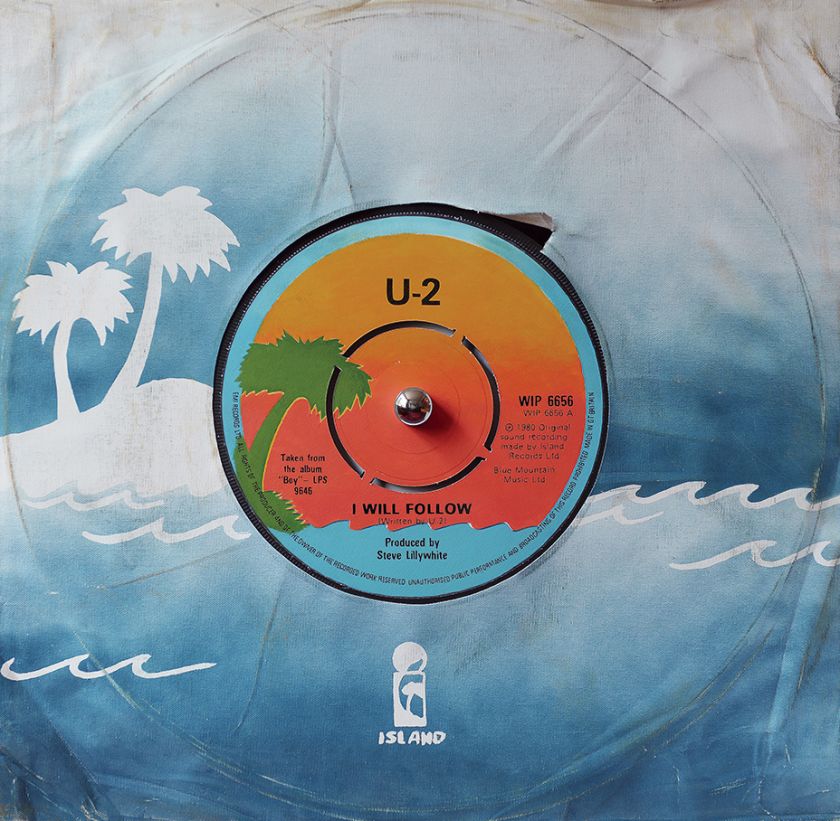 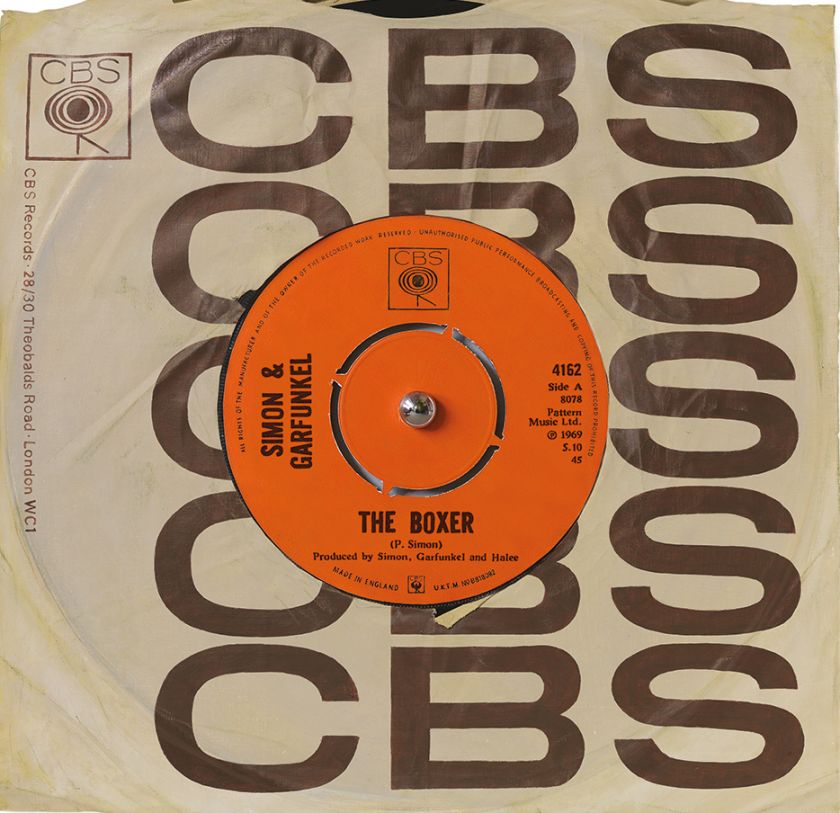 The sleeves in the book are made up of singles that were tracked down by Morgan himself and those that people had supplied him with. If a customer didn’t have the single they wanted, Morgan would buy up as many copies as he could and work on the most aesthetically appealing one. “On some occasions, the disc is too precious to risk posting,” Morgan adds. “In 2014, I painted David Bowie’s own copy of Liza Jane on Vocalian Records from the Bowie archive. His first record. I worked from the scans.”

As well as including the 95 7″ sleeves he created, including Brown Sugar by The Rolling Stones and Heart of Glass by Blondie, Morgan at 45rpm also features forewords by Sir Peter Blake and Andrew Marr, plus a commentary on each piece by fans of the series. But as for Morgan, which sleeve appeals to him the most personally?

“I’ve just painted ‘Won’t Get Fooled Again’ by The Who on the US Decca label,” he explains. “I remember buying it the first time I exhibited in the U.S. and thinking how much cooler it looked compared to the U.K. single on Track Records.

“I just love the design and colours. It kind of reminds me of Captain Scarlet. An epic song, too, of course. Although I’ve already sold it, it will be in my latest exhibition in Soho before Christmas. All the records in the show have a connection to Soho.”

Morgan at 45rpm is available to buy now from . 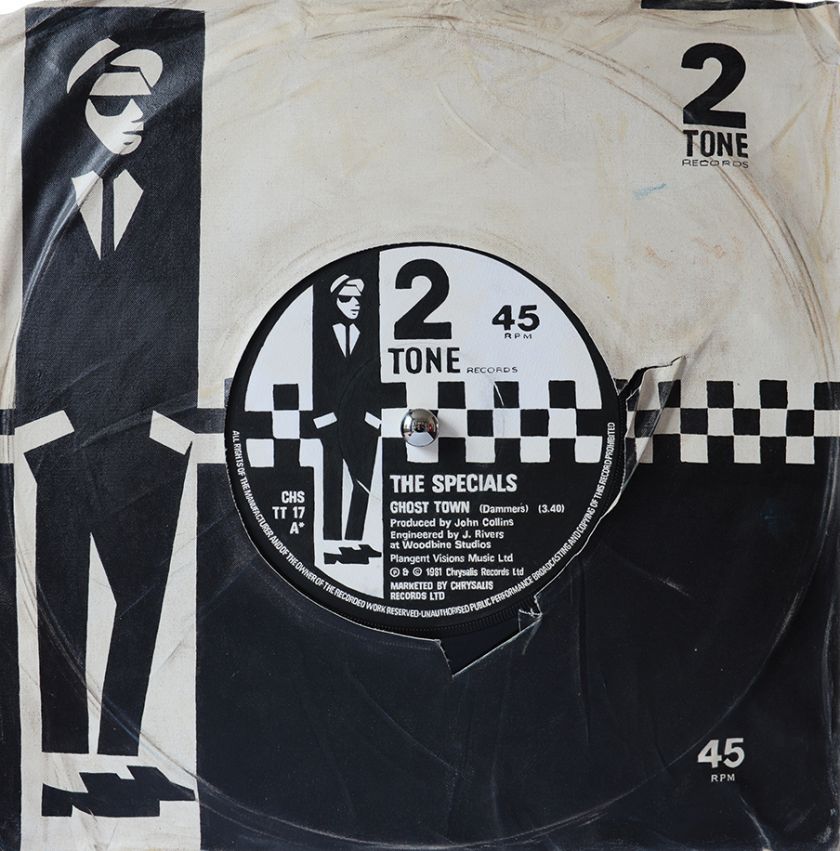 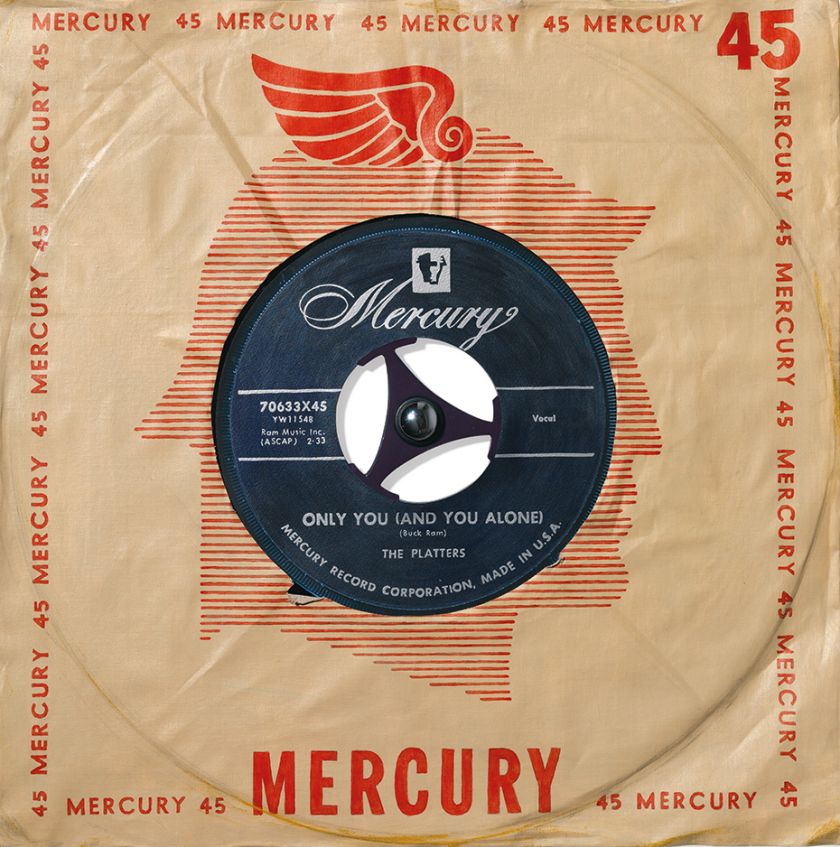 Only You (And You Alone) by The Platters © Morgan Howell 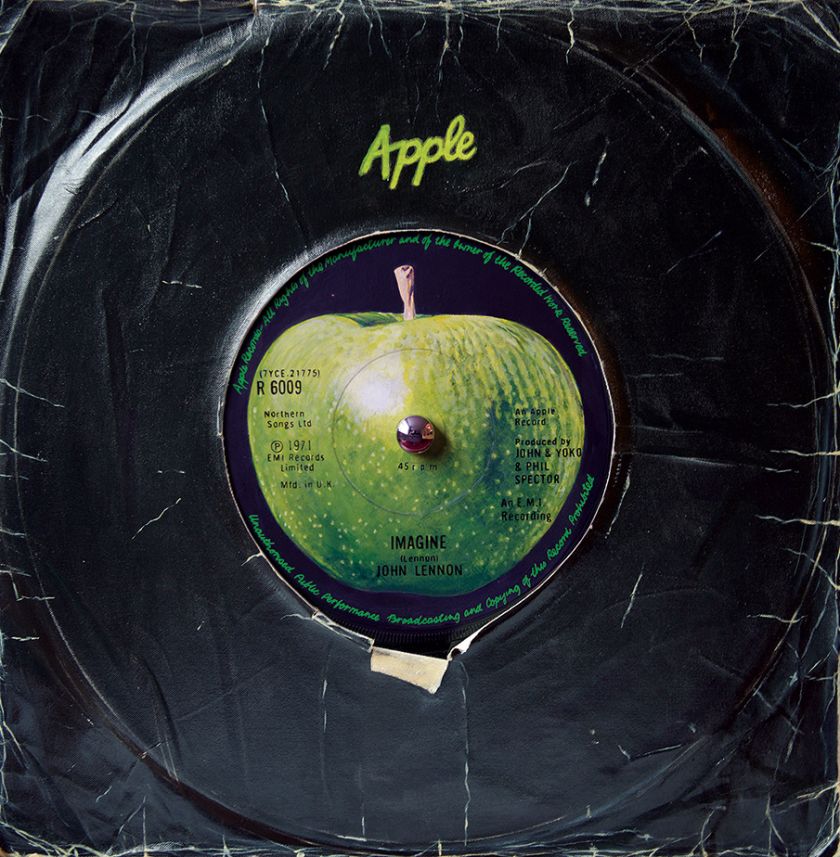 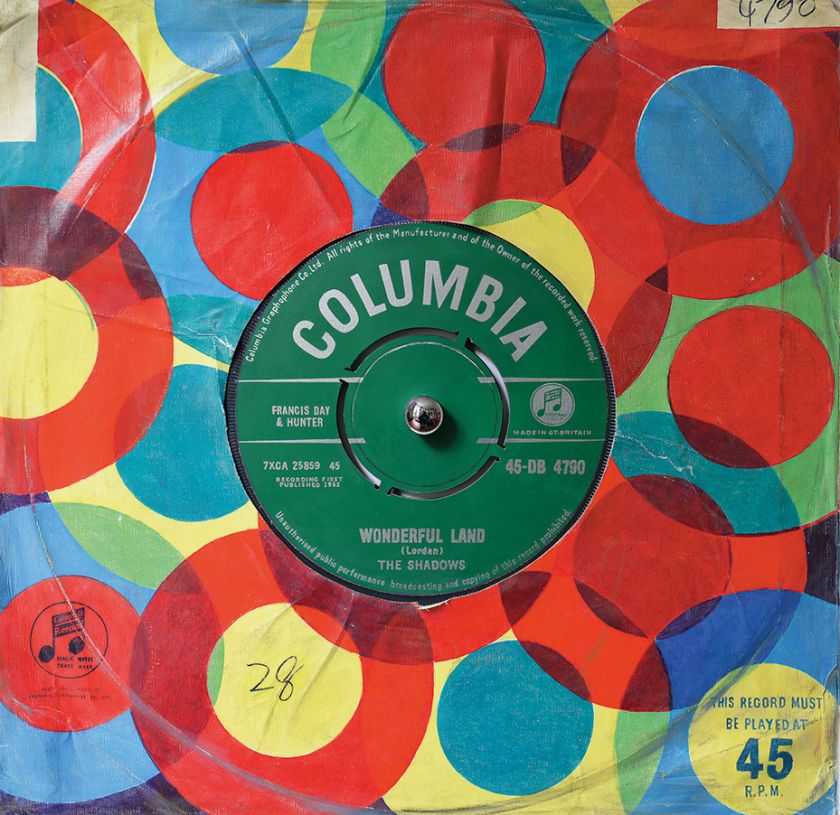