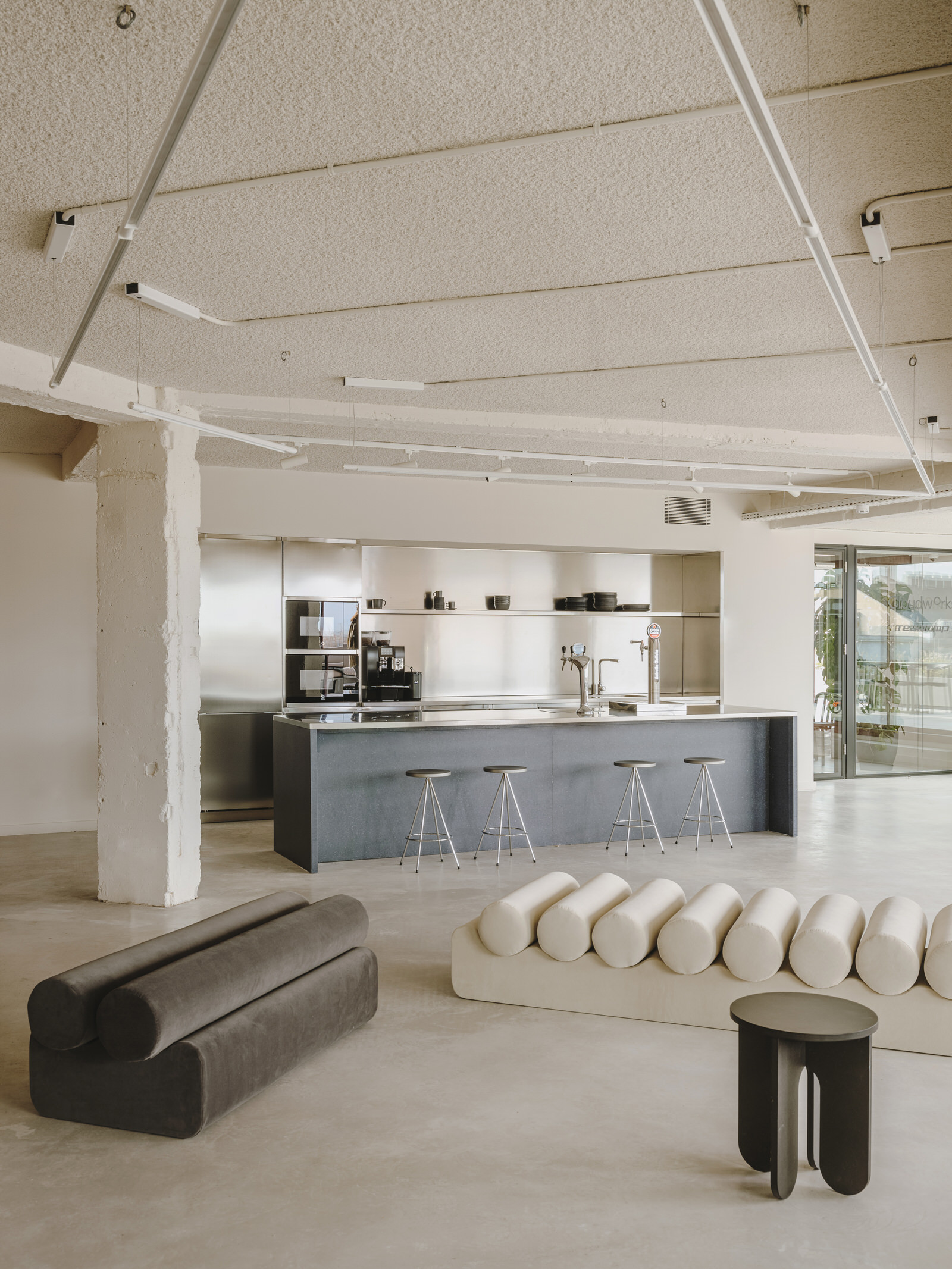 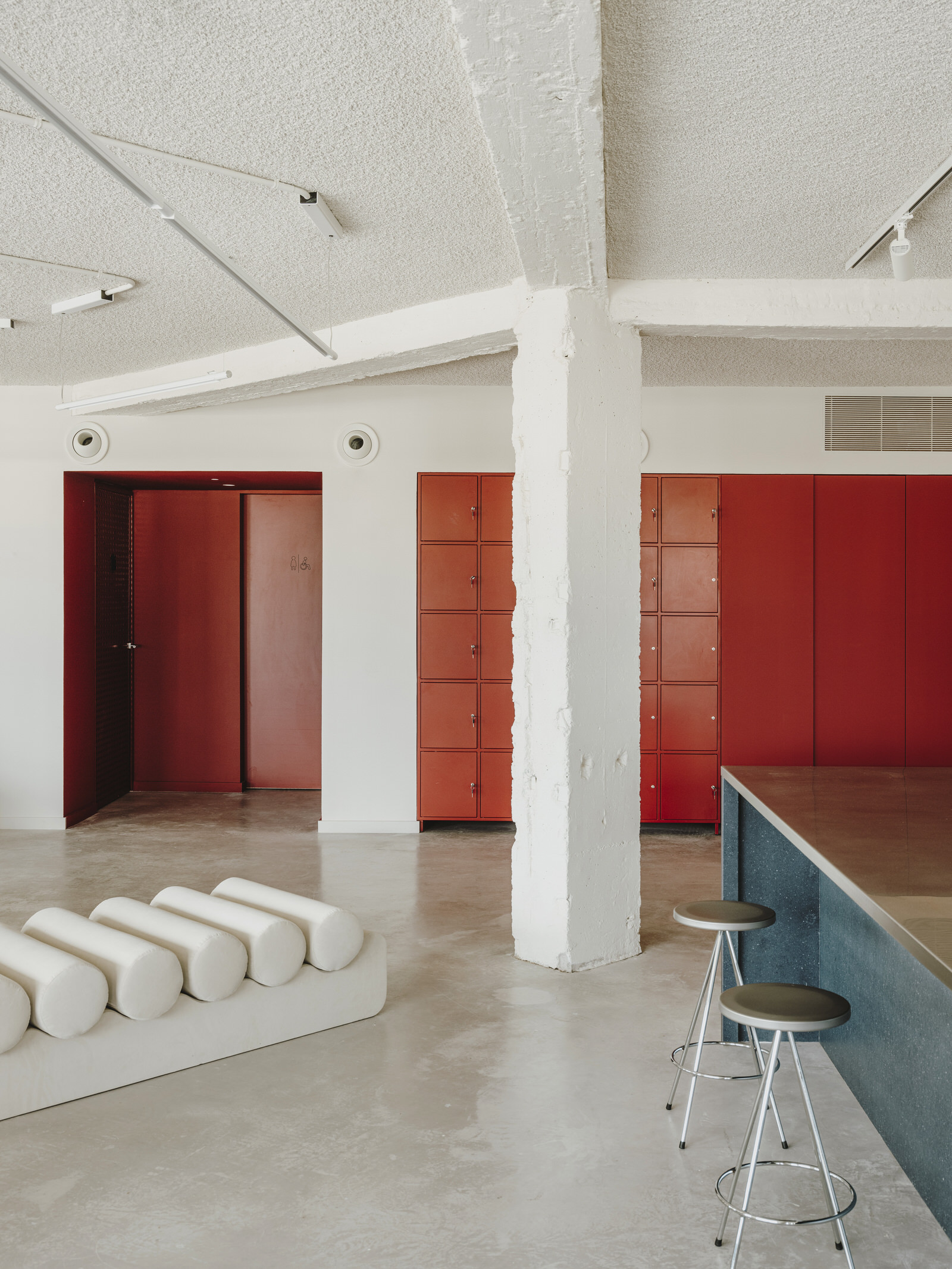 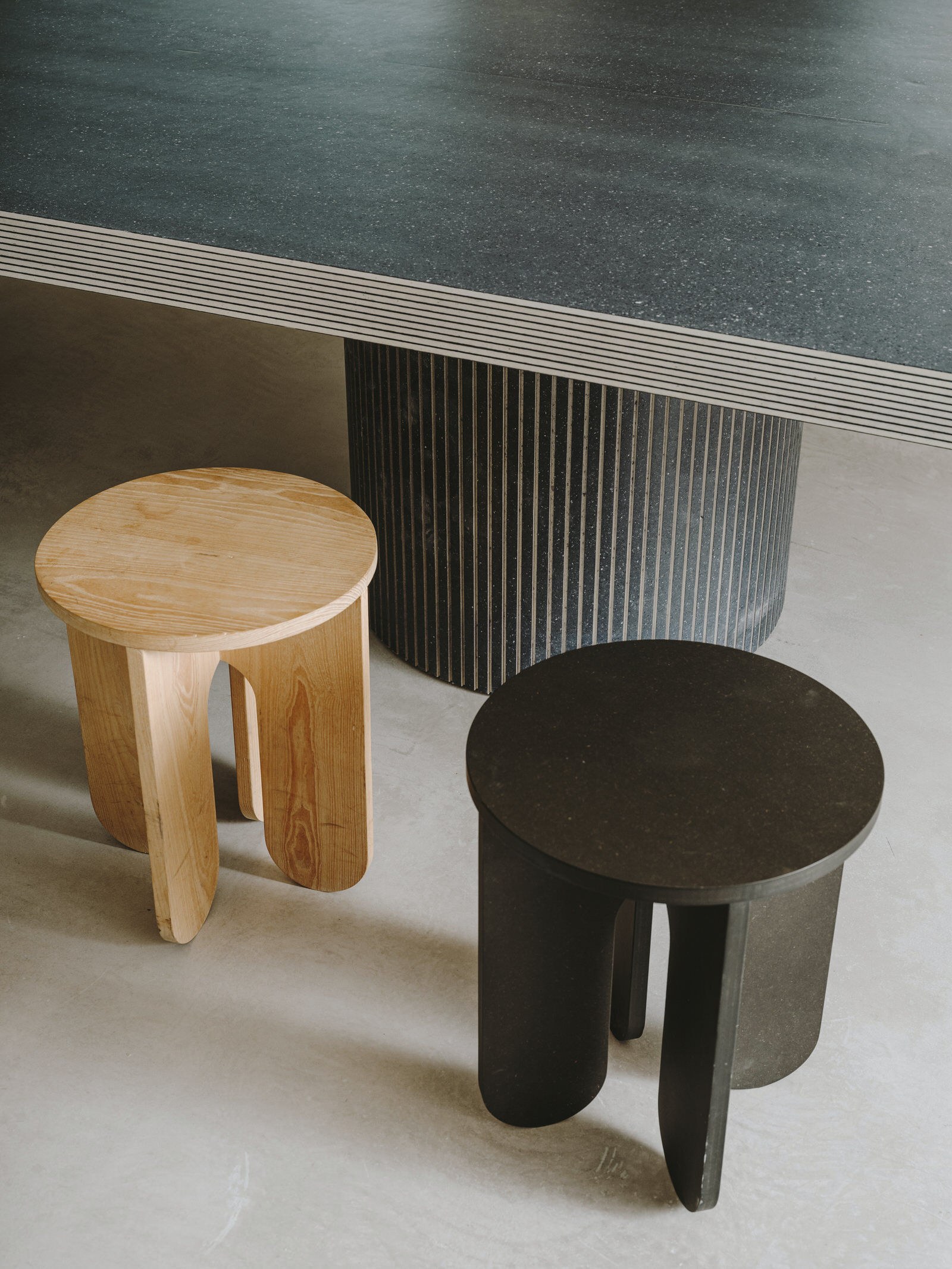 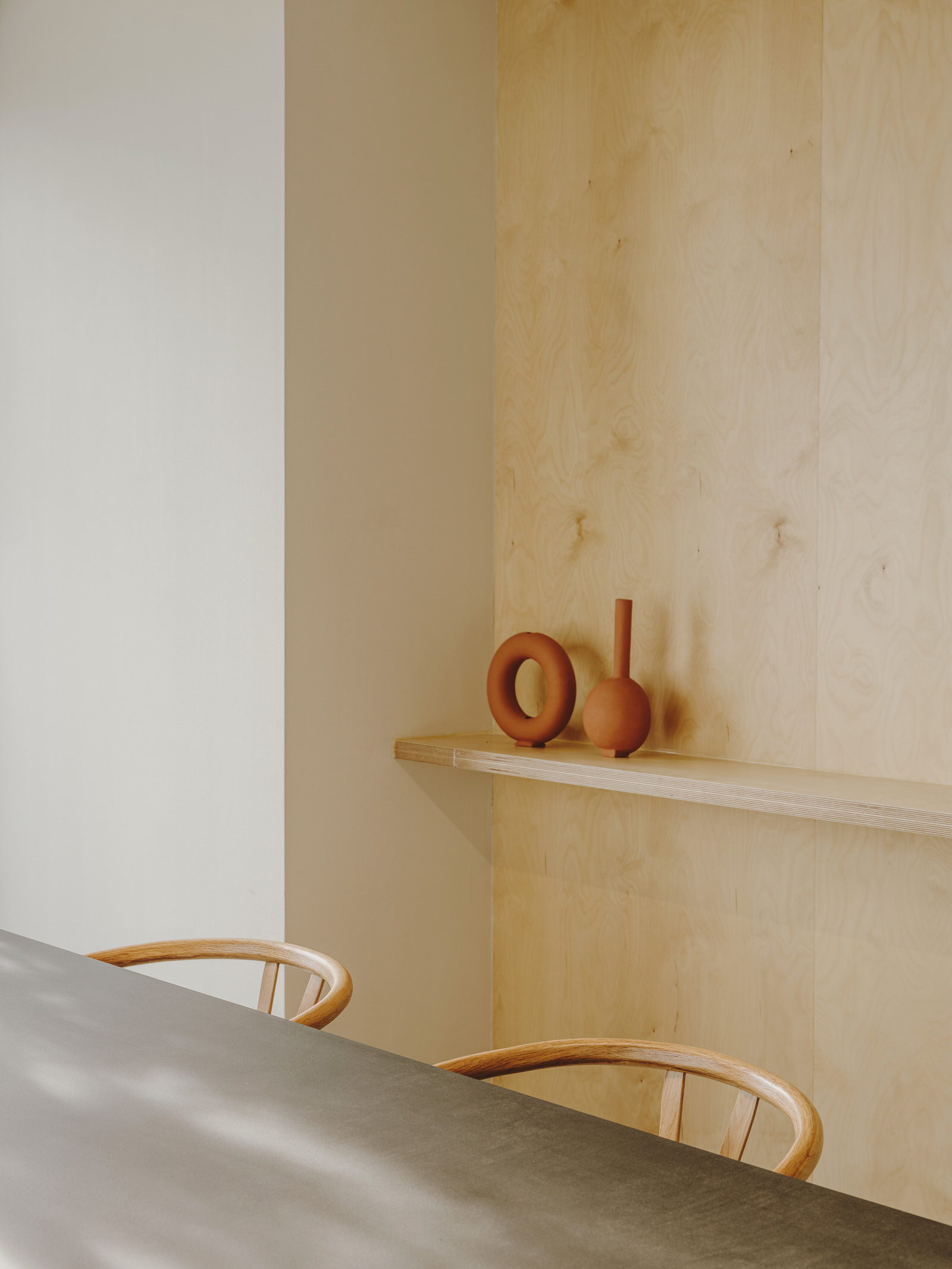 With the whole world increasingly becoming more open to the idea of working from home, the office is firmly positioning itself as a place of human connection, collaboration and inspiration. Interpreting these concepts into a physical space, brand tasked with the design of their latest office in the centre of Barcelona – a penthouse with 360-degree views of the city.

“Incorporating the brand’s identity and that of its community, we built an office based on three key design principles in constant dialogue – function, identity and wellbeing,” explains the design team. Wrestling with the overarching concept of private versus public space, inside and outside, MESURA set out to design an office as a continuous whole.

“Even more so in current times, it’s become clear the office is more than just a place to work and concentrate,” says the design team. “Working also implies meeting, cross-pollination across teams, conversation and finding new ideas. The contemporary office space includes both a private and a public role, yet one shouldn’t hinder the other.” 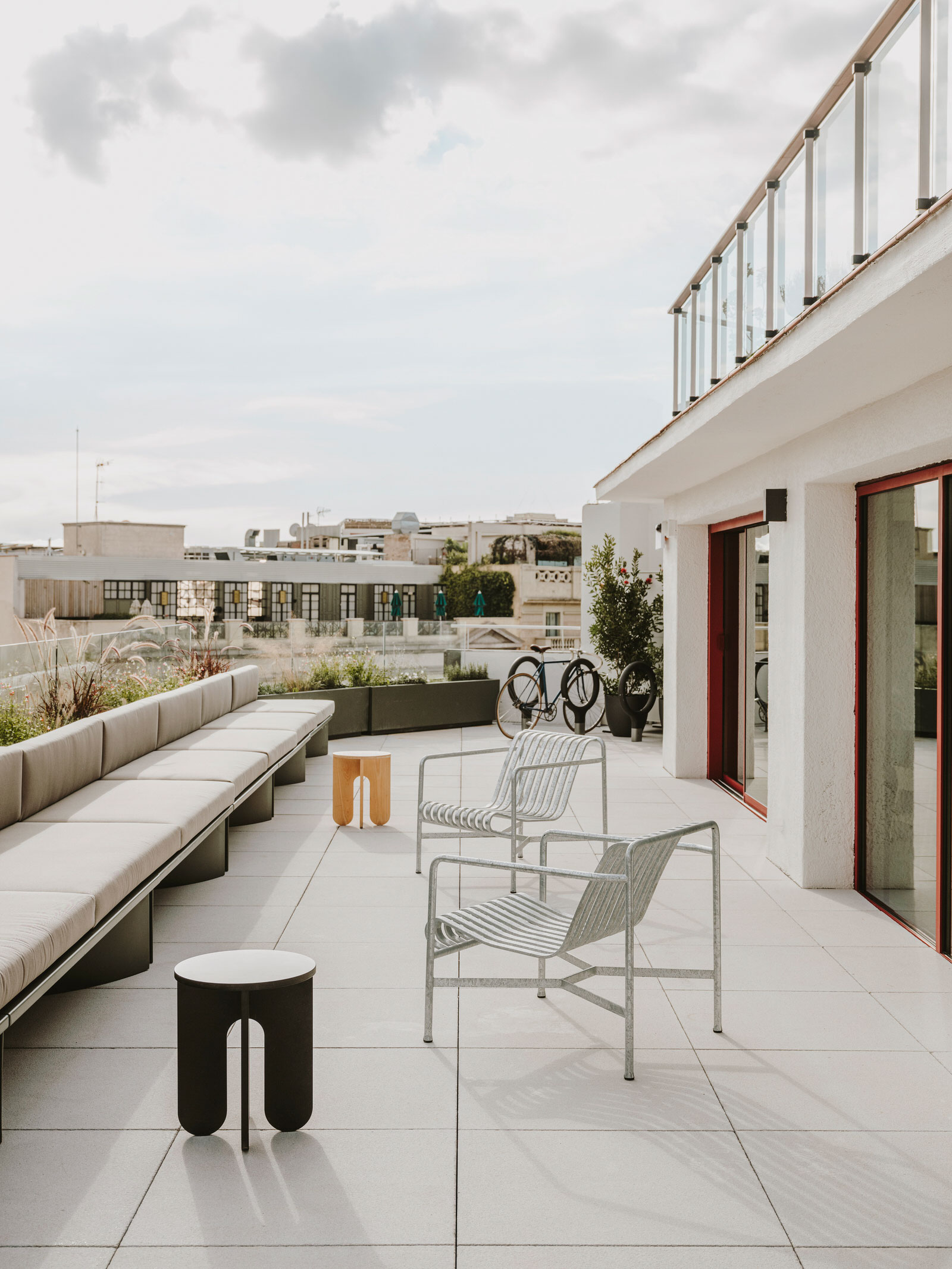 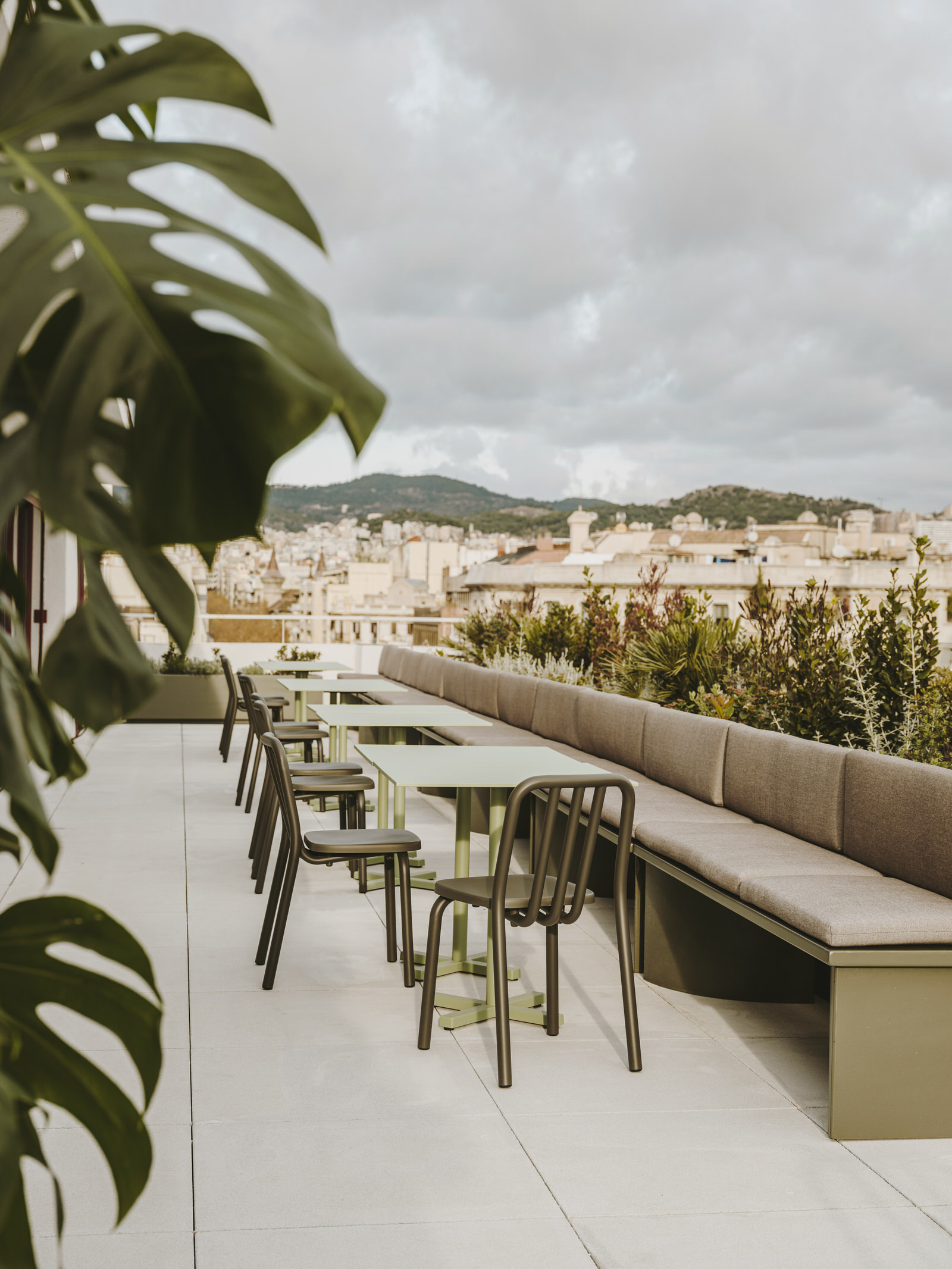 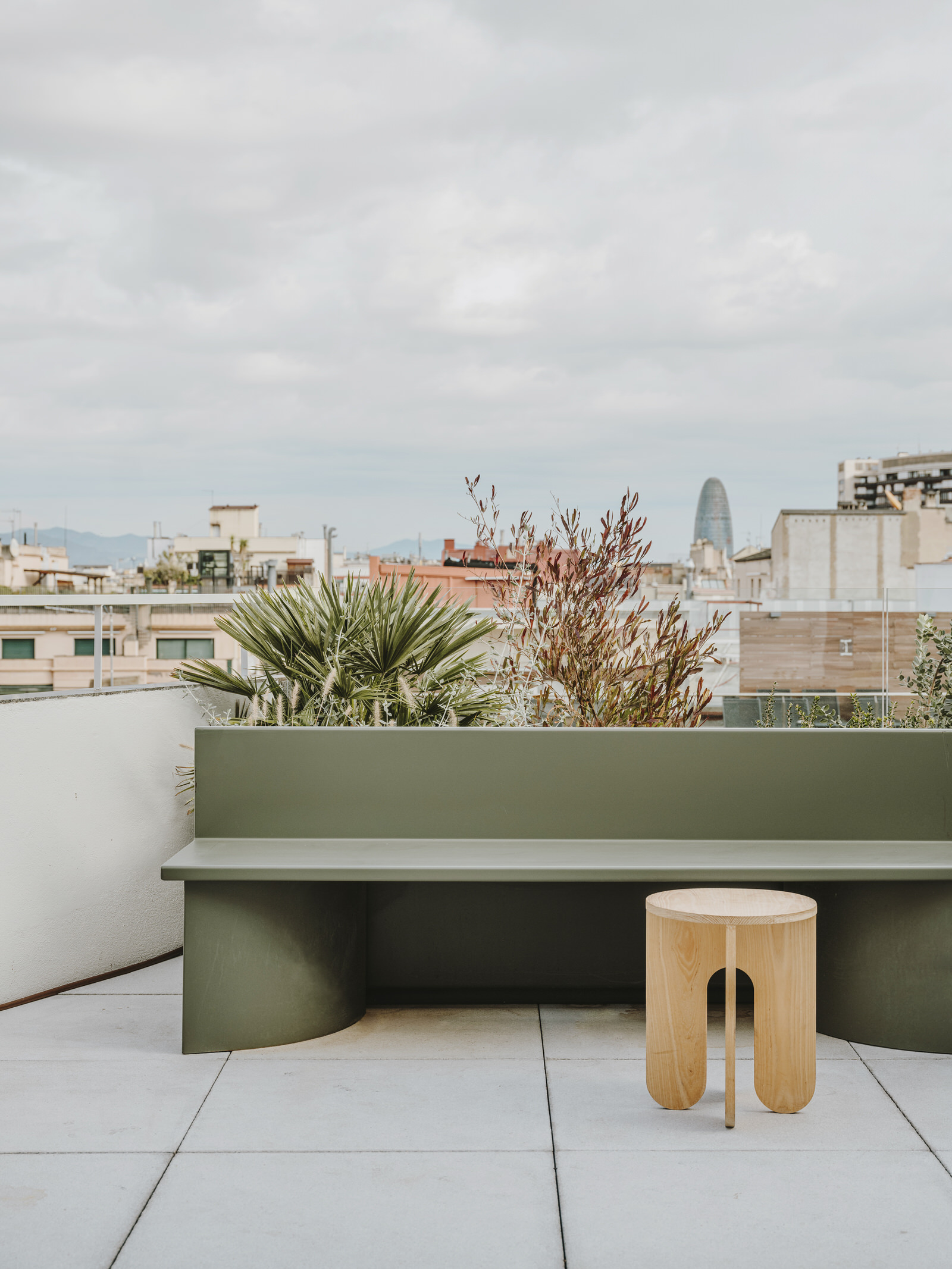 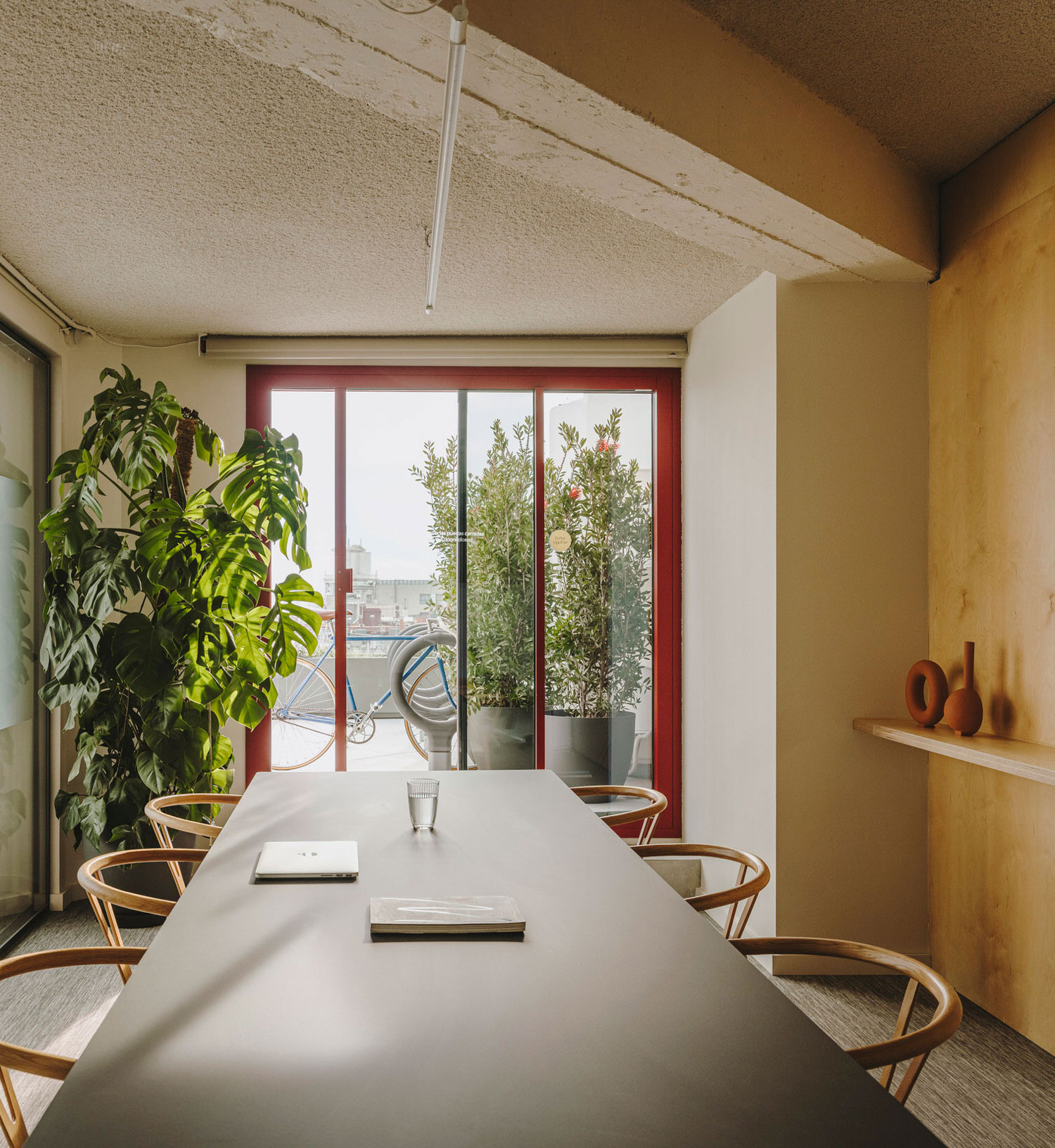 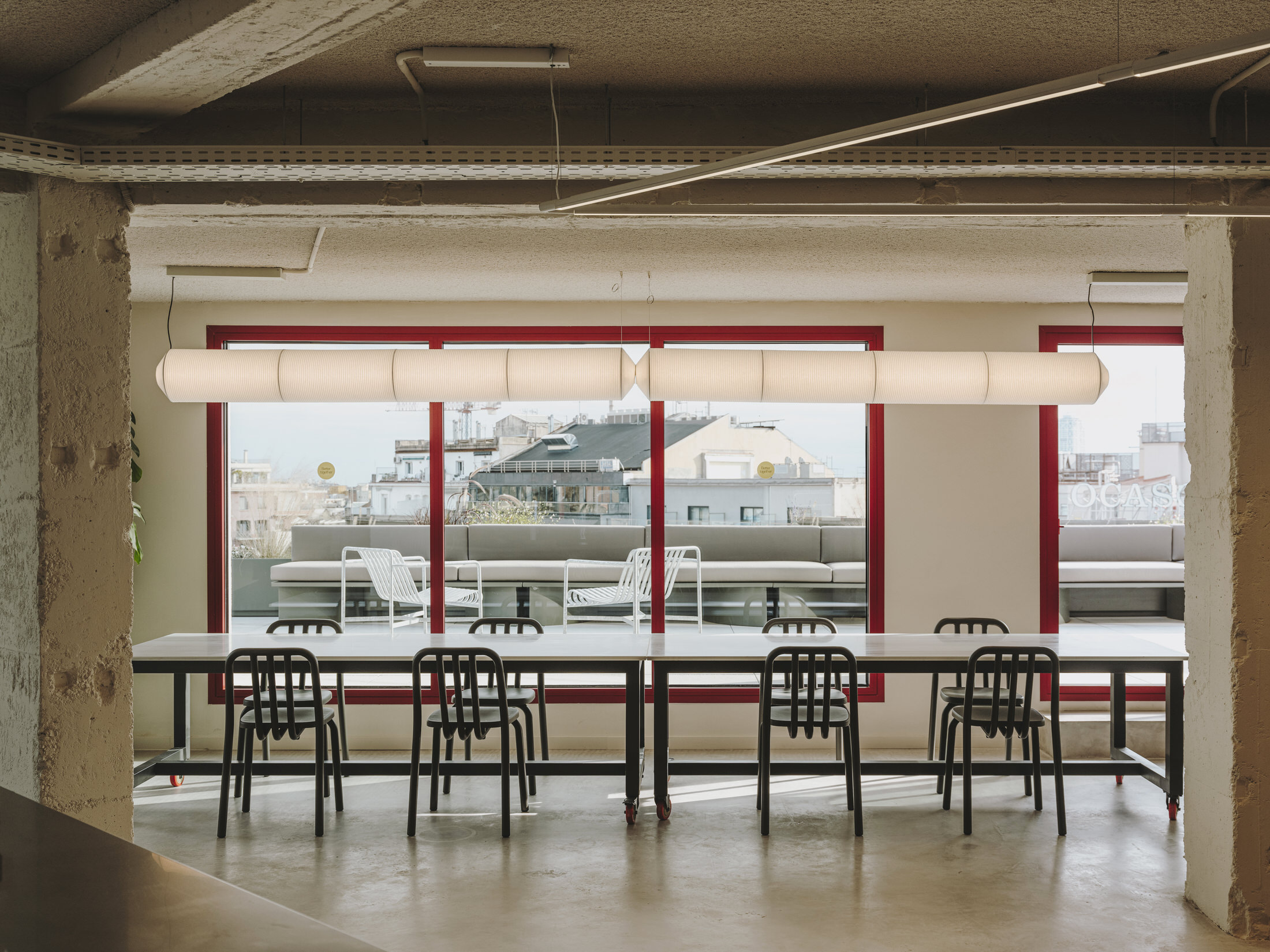 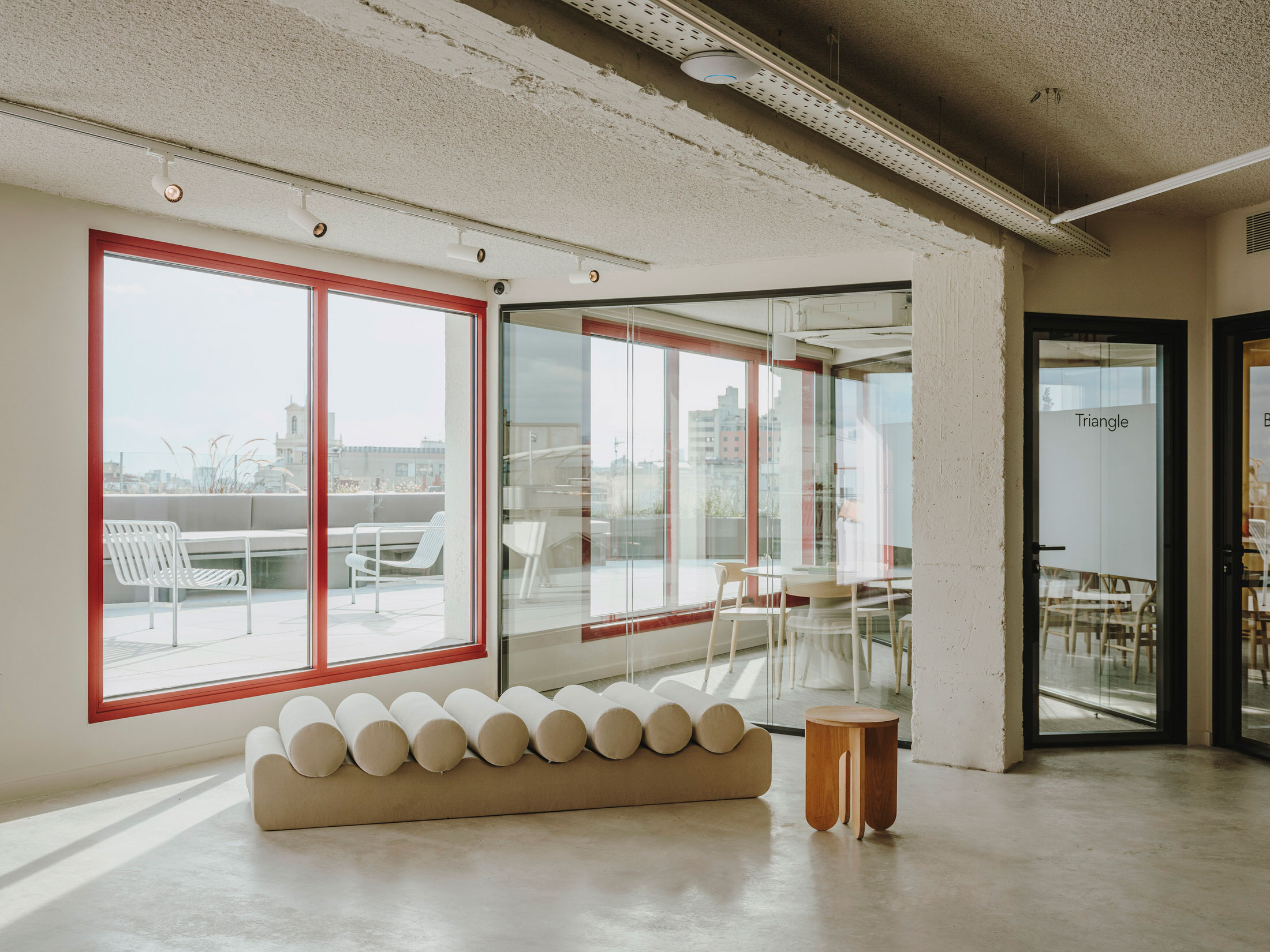 Cloudworks GV differentiates its social and public areas by using meeting rooms as a buffer while positioning a landing point in the middle – an informal meeting area set between the public and the private zones. Overall, the space is open with all physical divisions removed, opening up the to the panoramic views from the terrace – here, lush greenery is installed along the edges to act as a natural buffer from the city.

The project invites the Mediterranean climate inside the interior, while extending the office space outside. With an entirely monochrome colour palette, Cloudworks GV becomes a continuous whole, using a functional program to encapsulate all physical needs of the coworking office of today. 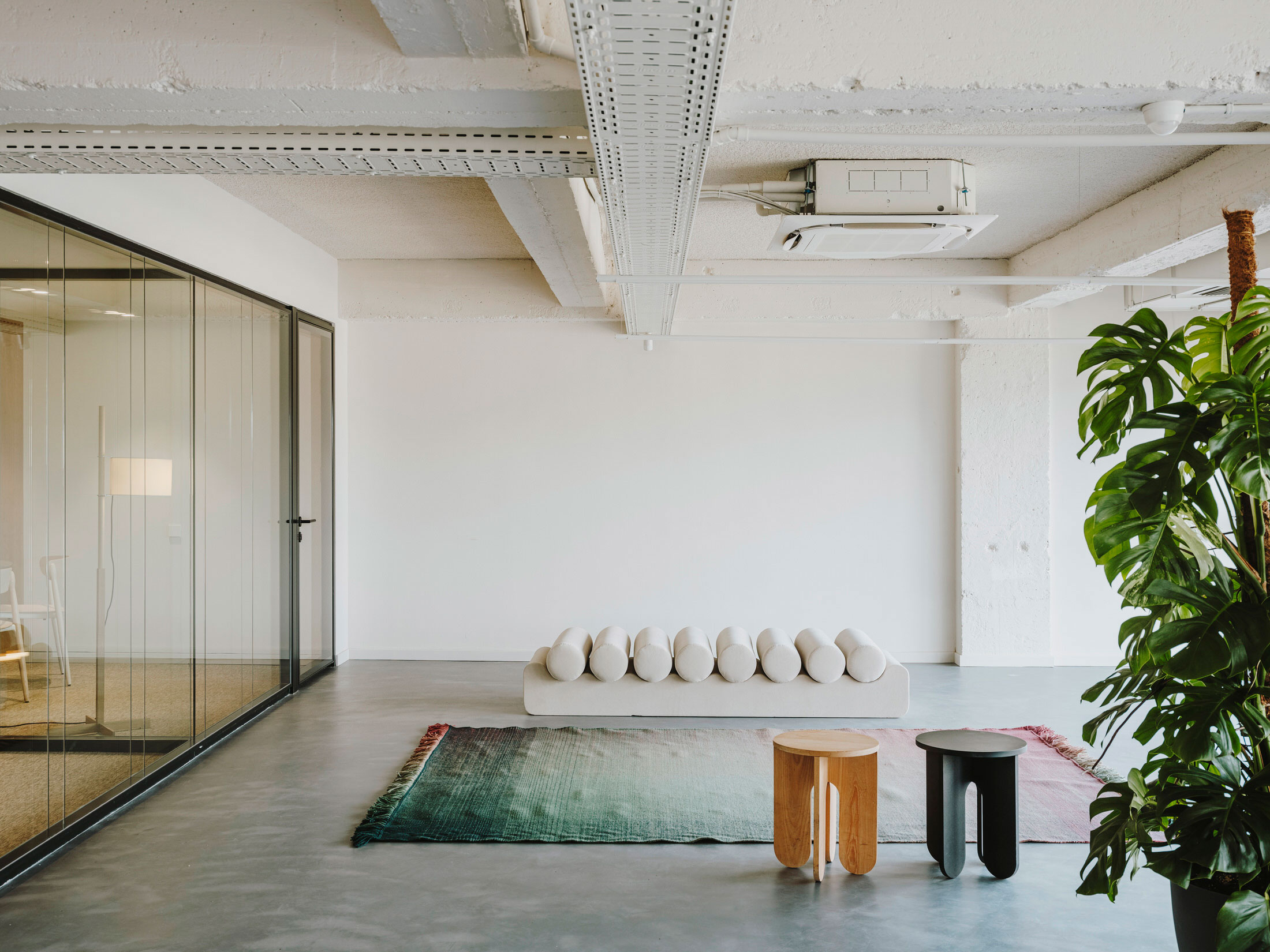 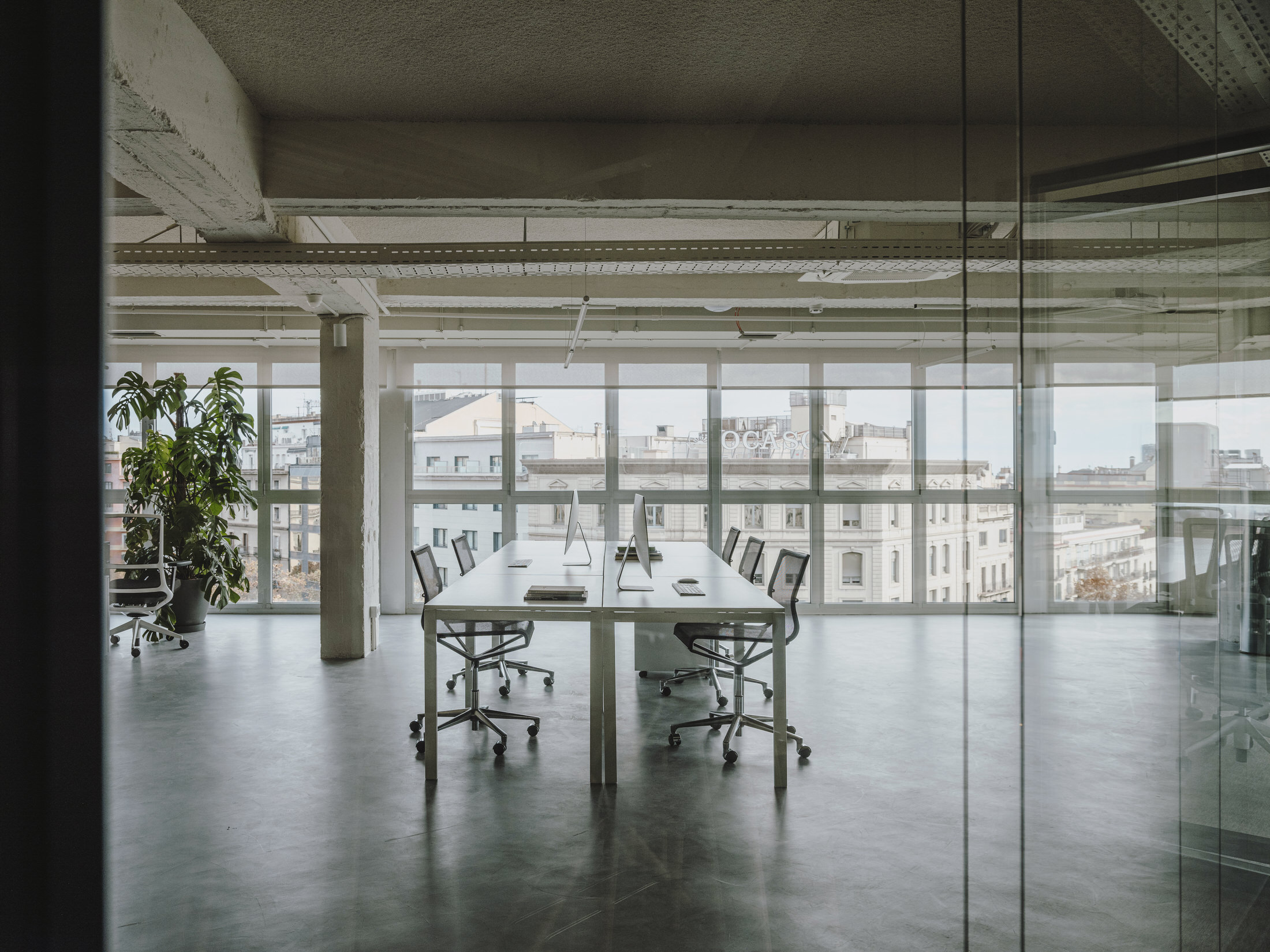 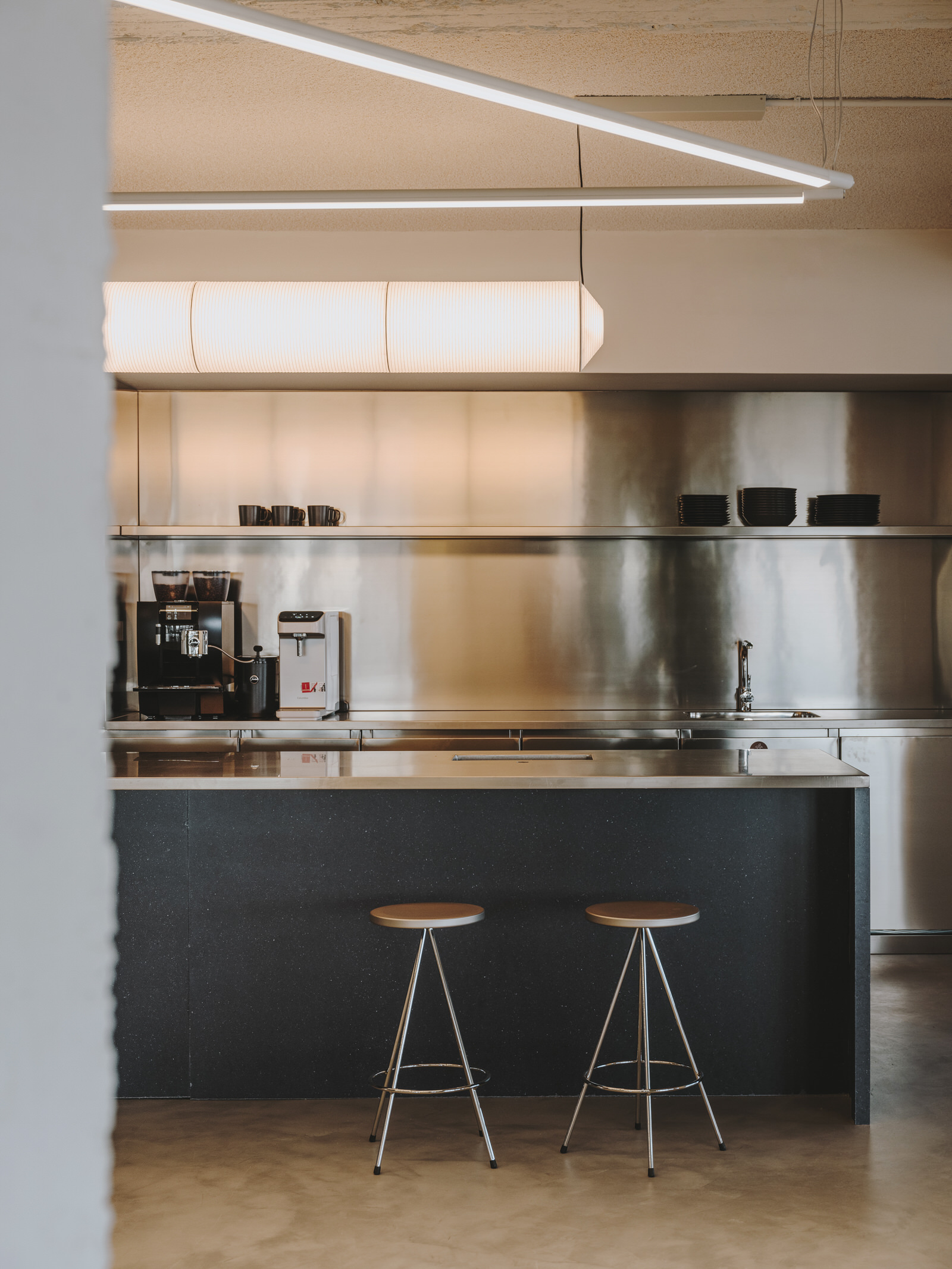 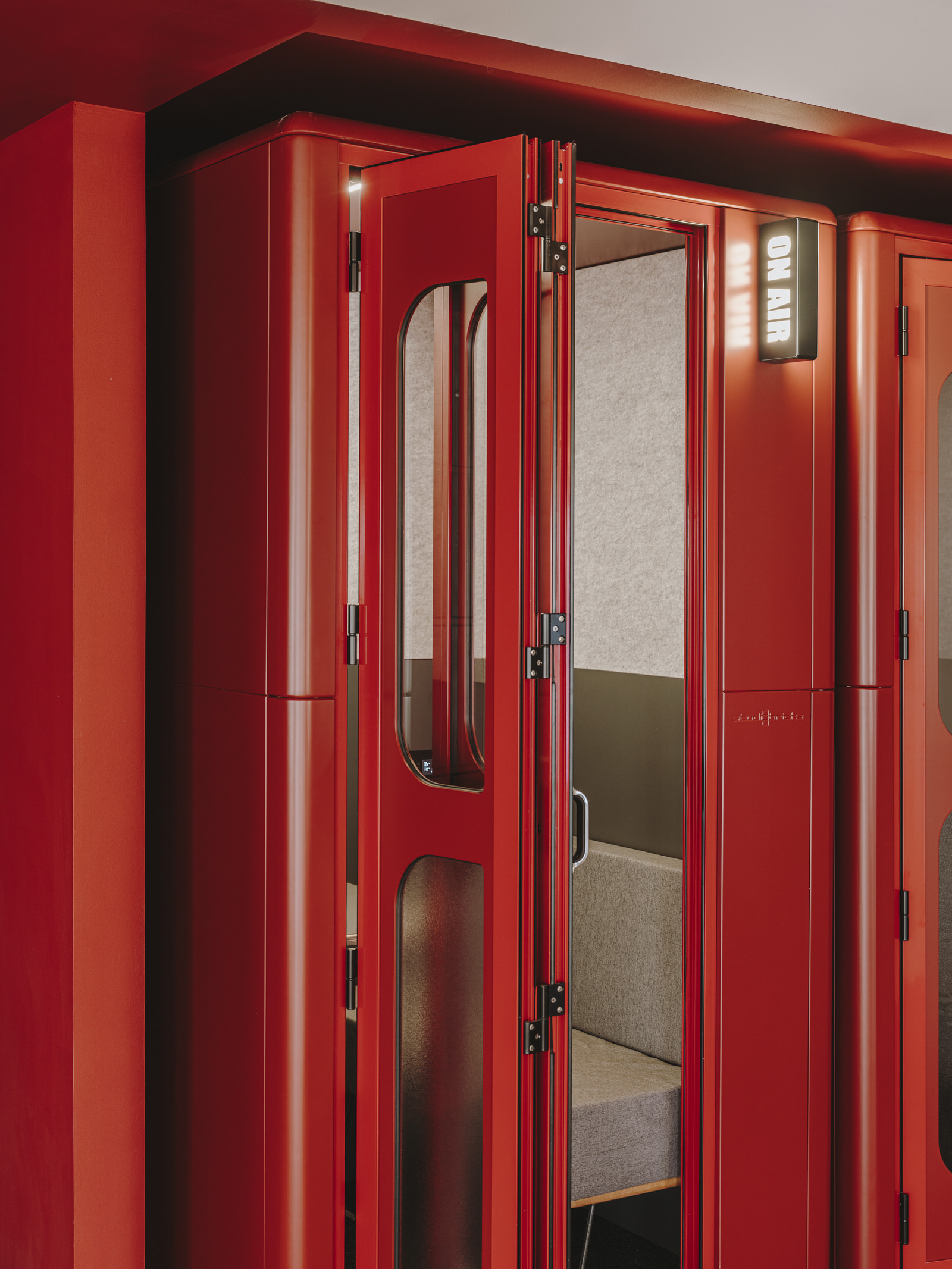 The interior’s character resonates with a delicate use of light, colour and sustainable materials. Every area is given its own identity with custom-designed locally-made furniture pieces, creating a youthful and dynamic atmosphere. MESURA worked with Copenhagen-based – a company that upcycles end-of-life textiles into interesting, new materials that challenging the design industry to rethink its use of resources, and encourage it to design with the circular economy in mind.

With design and architecture disciplines increasingly turning to lifestyle-oriented and preventative approaches to healthy buildings, Cloudworks GV fitout incorporates the . WELL was founded on the understanding that all facets of our environment interact with personal, genetic and behavioural factors, and play a part in shaping our overall health and well-being – recognising that built environment can shape not only our physical health, but also our behaviour.