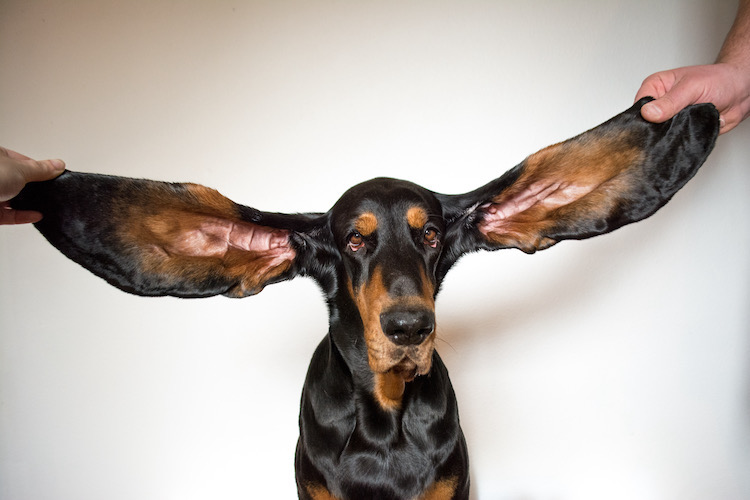 From boopable noses to fluffy tails, all dogs have features that make them adorably unique. However, there’s one pooch named Lou that has a particularly special trait. The 3-year-old black and tan coonhound has floppy ears that are so long, that she was awarded the title of Longest Ears on a Dog (Living).

Lou’s ears—which hang low around her shoulders—measure a whooping 34 cm (13.38 in) in length. The dog’s owner, Paige Olsen, always joked that Lou’s ears are “extravagantly long,” but it wasn’t until her time in lockdown that she took the time to marvel at her dog’s unique characteristic. “All black and tan coonhounds have beautiful long ears, some are just longer than others,” Olsen, who is a veterinary technician, . “Their long ears drag on the ground and stir up scents when they are tracking out in the field. It makes them great at following long, very old, or ‘cold’ tracks that other breeds of dog may not pick up on.”

Despite their winning size, Lou’s ears don’t require much maintenance. Olsen checks them once a month for cleanliness; and, in winter, Lou wears a snood so that her ears don’t drag in the snow. It’s no surprise that Lou grabs attention wherever she goes, and thanks to her new title, she’s a neighborhood celebrity. “People always have questions about the breed. Coonhounds are not very common in this region so I get the opportunity to educate a lot of people on the breed,” says Olsen. “Of course everyone wants to touch the ears, they’re very easy to fall in love with with just one sighting.” Olsen adds that people “cannot wait to get her paw-digraph!”

Lou’s Guinness World Record isn’t her first title. The adorable dog is a frequent dog show competitor and has received titles from the American Kennel Club and Rally Obedience. Olsen says that she is “proud of the furry little (80 lb.) munchkin for being so special!”

You can find Lou featured in the Guinness World Records 2022 book, which is available to .

Lou the 3-year-old black and tan coonhound just broke the Guinness World Record for having the Longest Ears on a Dog (Living). 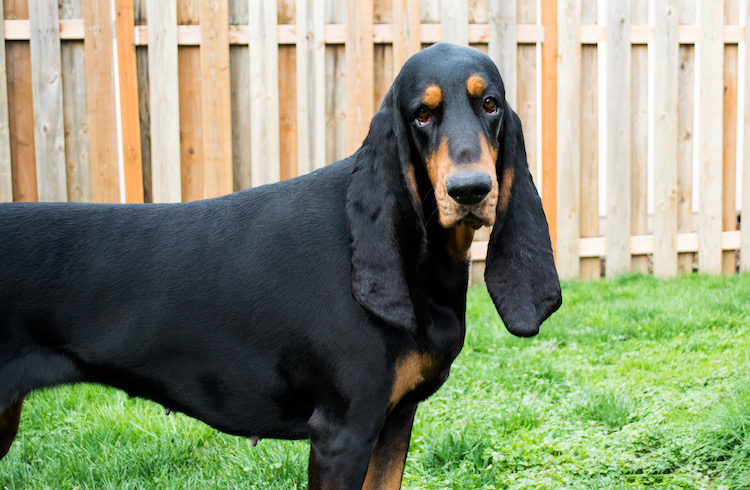 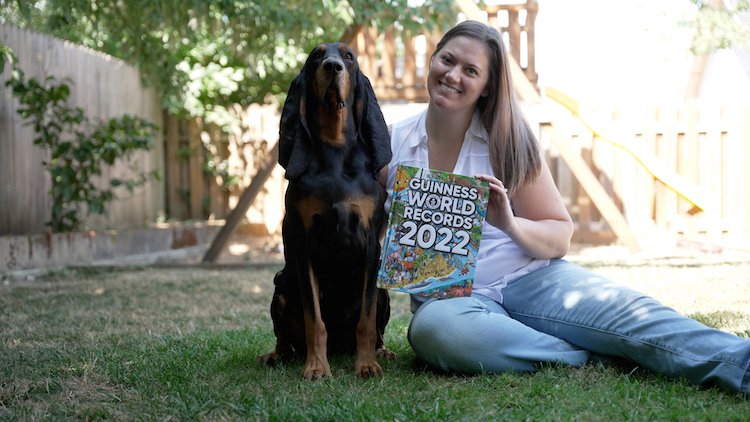 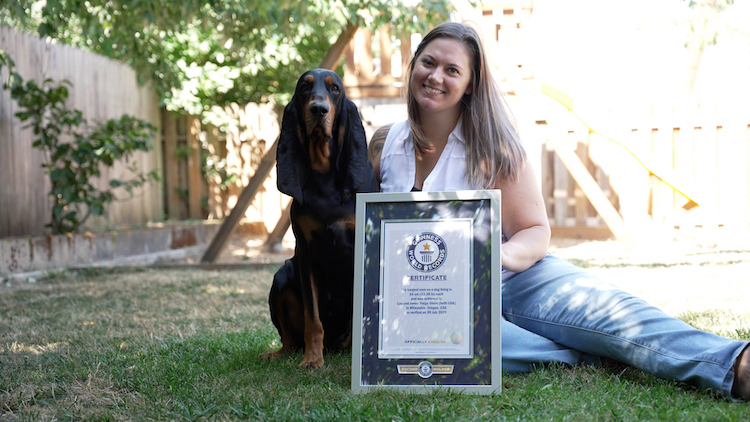