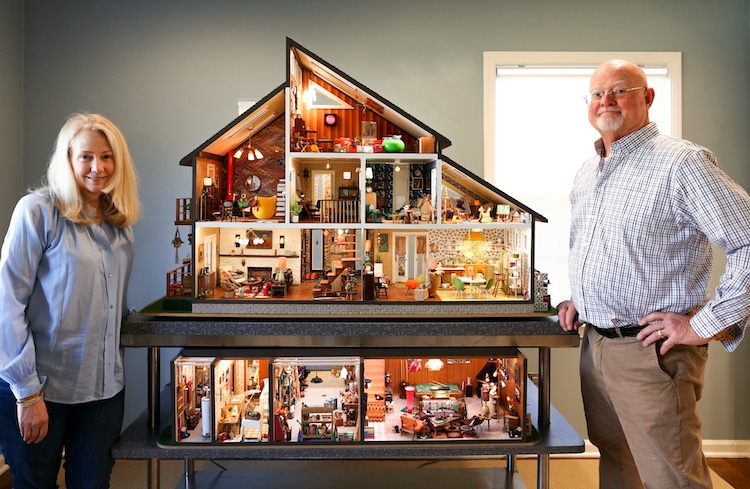 From baking to drawing, many of us have had more time to spend on our hobbies during lockdown. Married couple Annie Kampfe and Cliff Donnelly from Leewood, Kansas have been particularly busy though. They’ve been building their own Mini Modern House, a multi-story dollhouse based on the style of their childhood homes.

The couple has had experience in interior design and remodeling work, but they’ve never made anything at this scale. “I was inspired by a little needlepoint rug,” Kampfe tells My Modern Met. “I thought I could use it for a pin cushion, but I was told it was actually a doll house rug. It immediately sparked my creativity, and as a former interior designer I loved the idea of creating an upscale doll house.” In 2017, Kampfe and Donnelly embarked on creating the amazing Mini Modern House, and now—two and a half years later—it’s finally finished.

Featuring 10 beautifully styled rooms and electric wiring throughout, the epic dollhouse makes us wish we were tiny enough to live there. “The idea of being able to build something that resembled the style of my childhood home intrigued me,” says Kampfe. “I spent so much time finding the right pieces to put in the house.”

From the walls and the floors to the tiny pieces of furniture and works of art, each room is full of personal details and mid-century modern charm. The master bedroom features a vintage fireplace, patterned wallpaper, and a Hudson’s Bay blanket; the lounge room has a miniature Charles Eames armchair, a tiny drinks cabinet, and a macramé wall hanging; and there’s even a kids room with a stuffed giraffe toy and a fishbowl with a faux pet goldfish inside. Additionally, Kampfe and Donnelly included a laundry room in the basement, complete with a tiny washing machine, dryer, and even a sewing machine.

Check out the Mini Modern House below and find more photos on the AEK Miniatures .

The incredible dollhouse is full of personal details and mid-century modern charm. 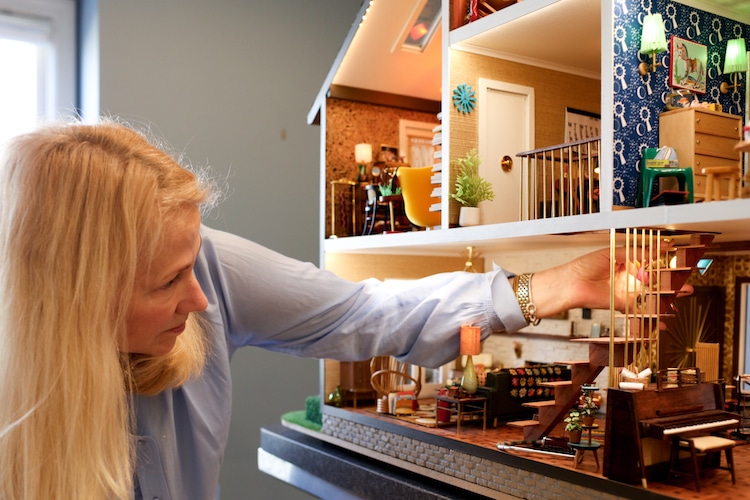 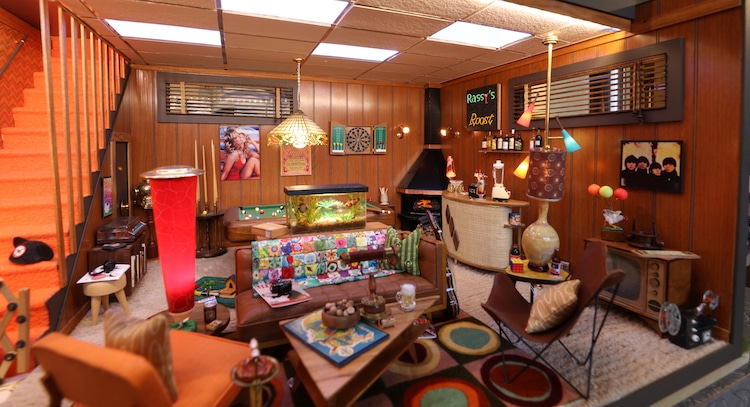 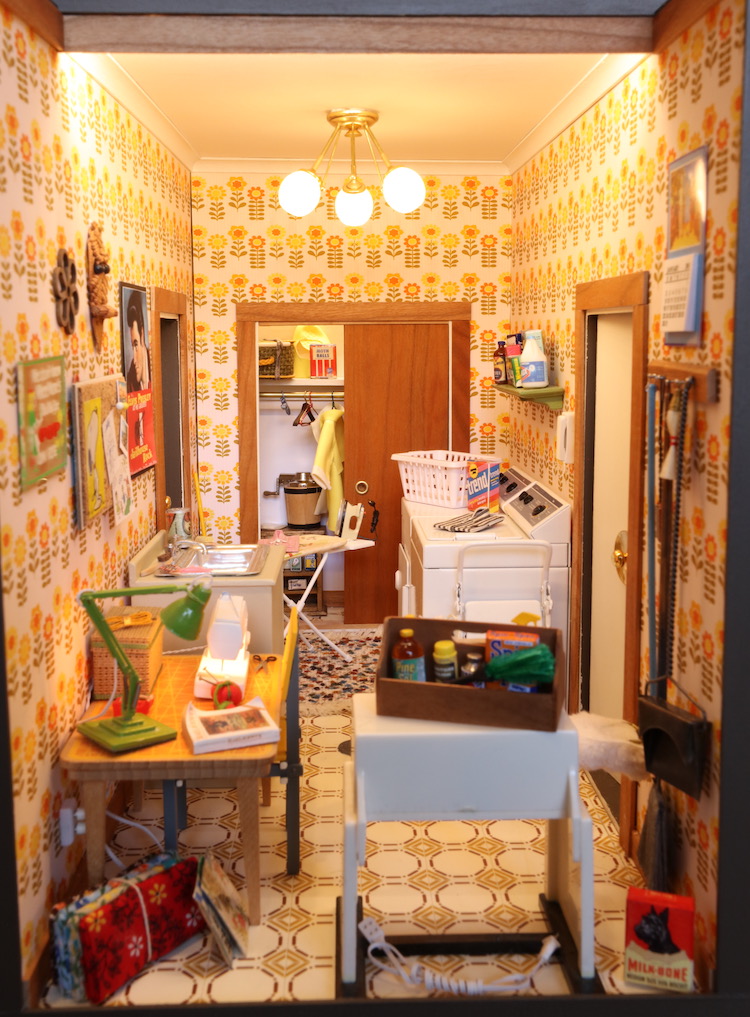 My Modern Met granted permission to feature photos by Fallon Hogerty for @MiniModernHouse/Instagram.