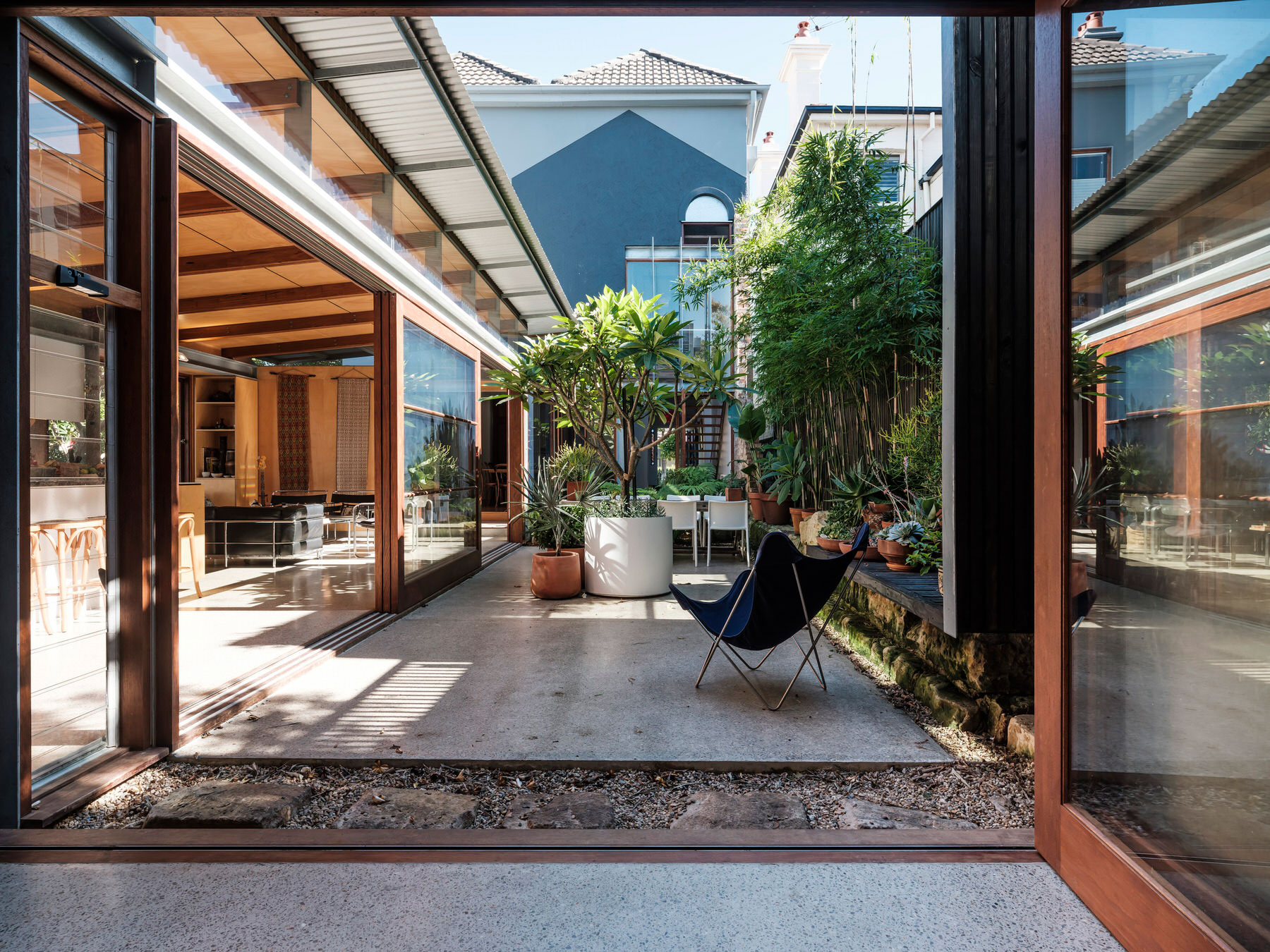 , design director at Cox Sydney, has reconfigured a terrace home in Glebe referencing Moroccan Riad principles, creating a home for his family around a central garden. All interior space begin to blur with the courtyard which takes on a dual role – separating the parents’ retreat from the teenagers’ wing, while simultaneously creating an area for shared connection.

The began its life in 1885 as an Italianate terrace in Glebe’s Toxteth Estate. During the interwar period, its structure underwent a significant and largely insensitive alteration into a boarding house. Agius respectfully acknowledged the long and colourful history embedded within the buildings existing fabric, carefully retaining all elements of the original 1885 structure.

In reconfiguring the building back into a single dwelling, the aim was to “create a courtyard house that afforded much better amenity than the typical terrace typology”. A process that saw the highly articulate negotiation of old and new, the relationship between the two becoming the key point of interest within the project. 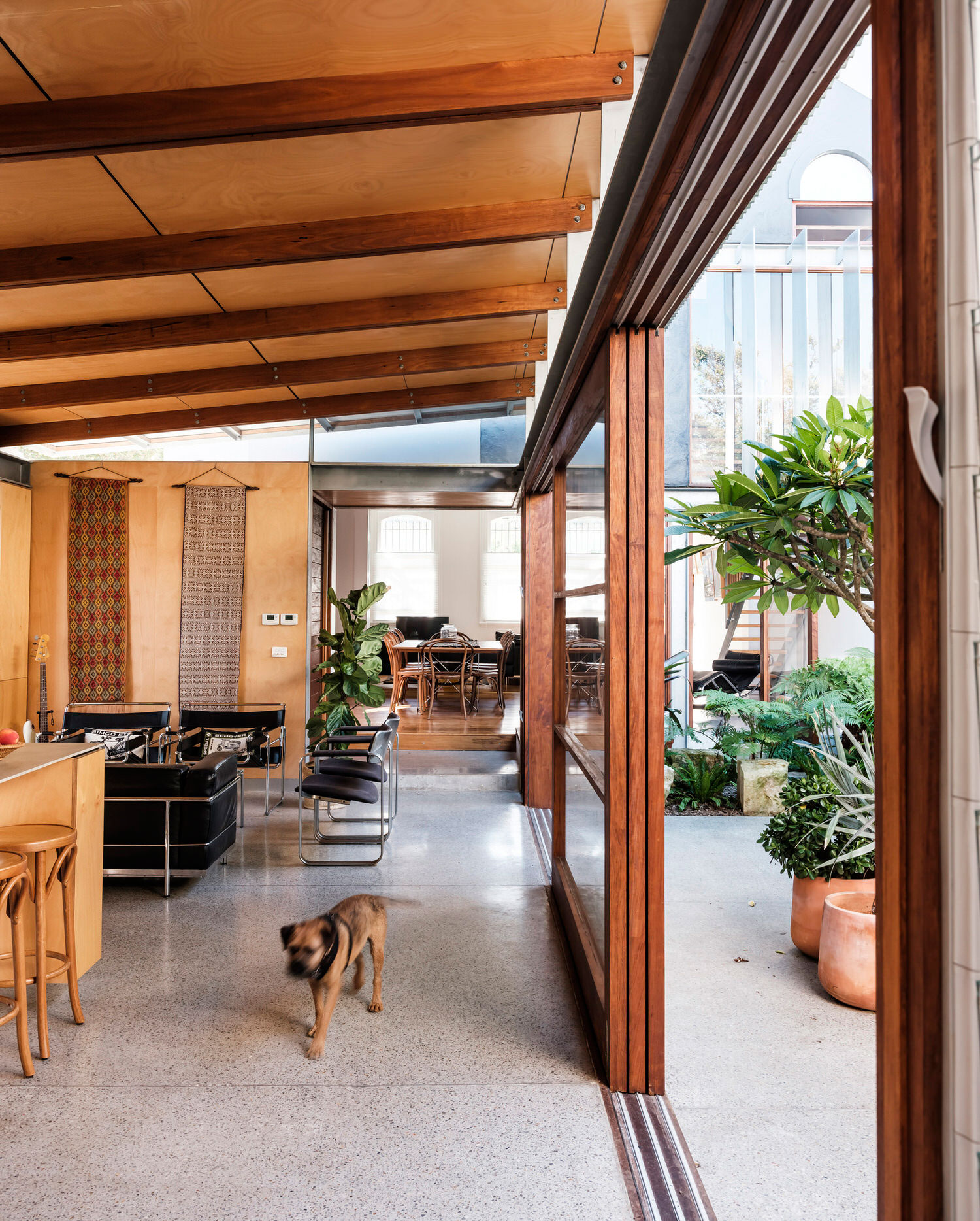 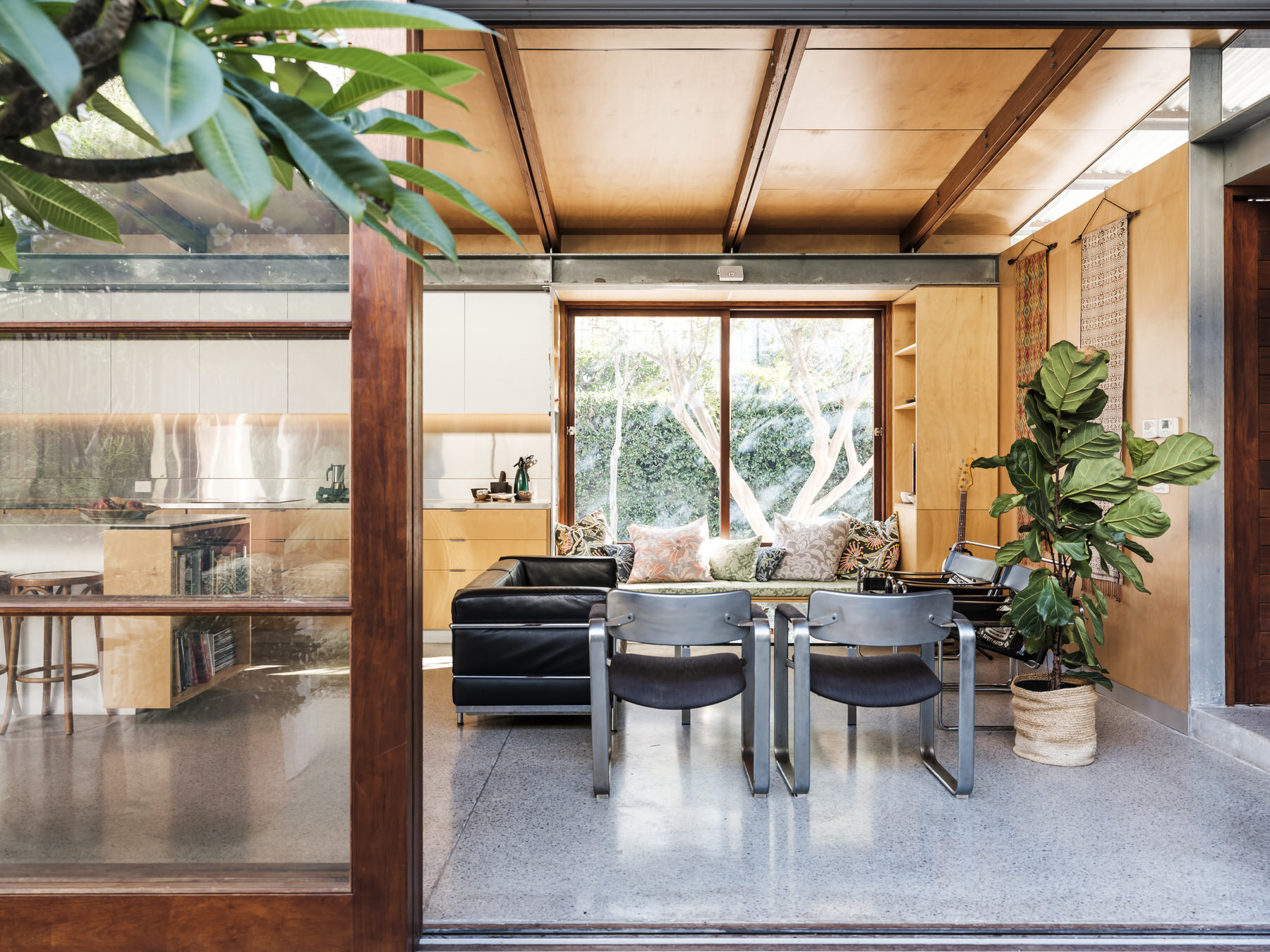 The building’s façade, featuring the original two-story segment of the home, intersects with the single storey ‘link’ to the new ‘wing’. “The physical juncture between old and new is celebrated through a new cantilevered roof gesturing toward the old”, explains Agius.

Sandstone footings, sandstock brick, the profile of the original rear terrace and arched corridor were left exposed and are now celebrated. The previous narrative attached to the interwar boarding house is acknowledged on the building’s façade through textural and tonal changes. The result is a robust exterior that stands with restraint and a distinct lack of embellishment.

The sunny, north-east facing central becomes the green heartbeat of the dwelling, bleeding into all surrounding spaces. Sliding timber glazed doors allow sunlight to penetrate deep into the centre of the home, creating beautiful, light-filled interiors. 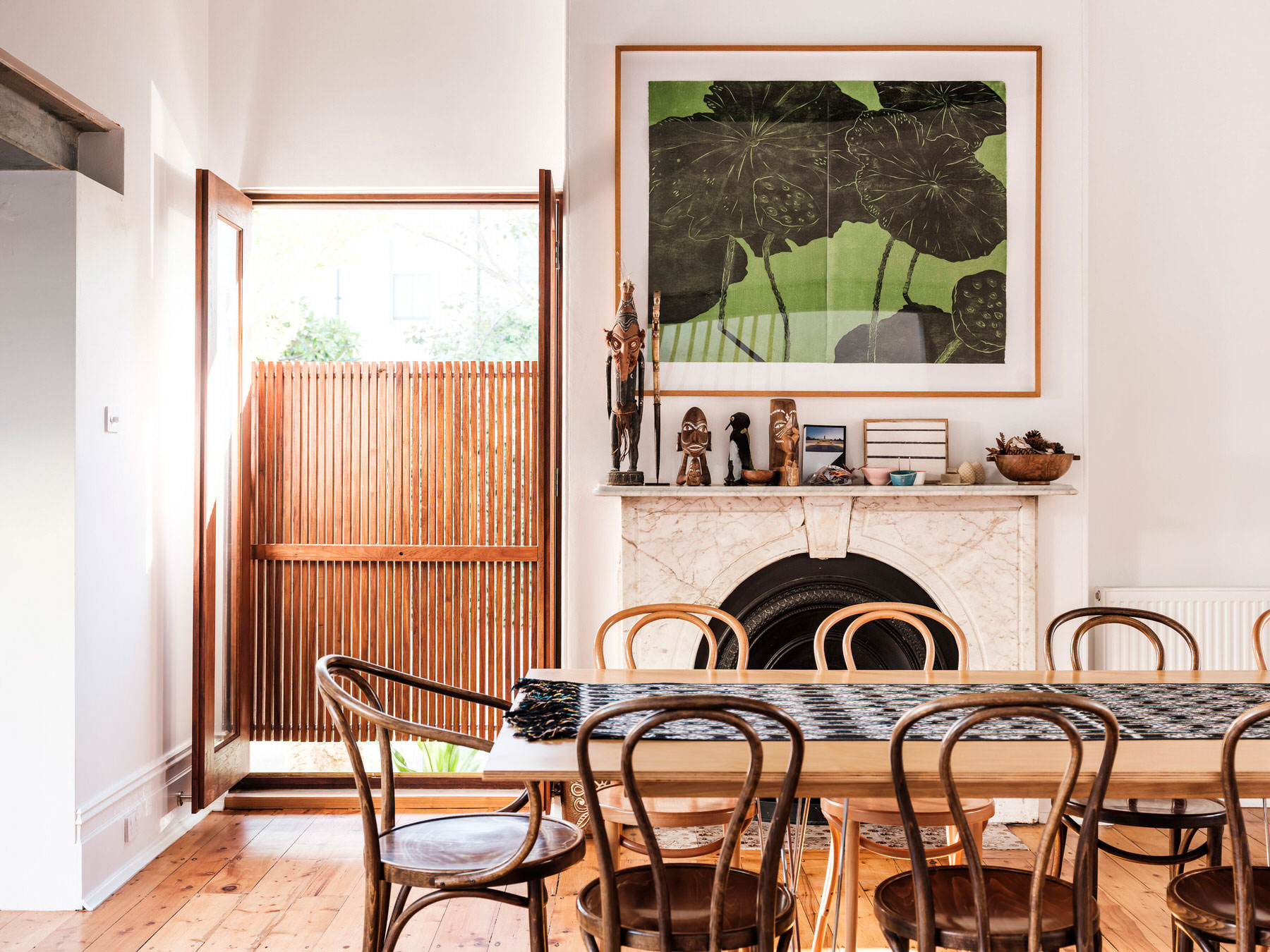 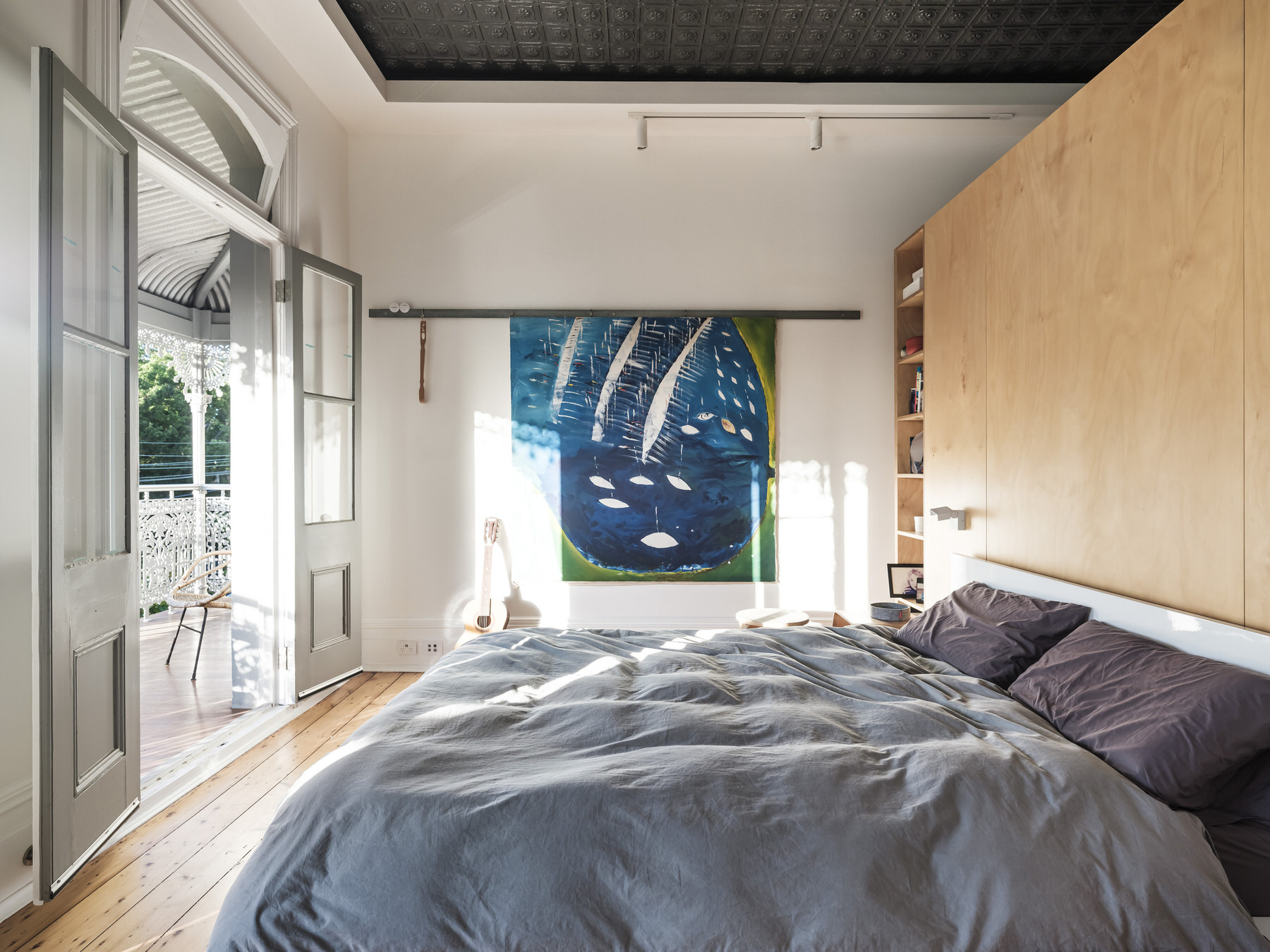 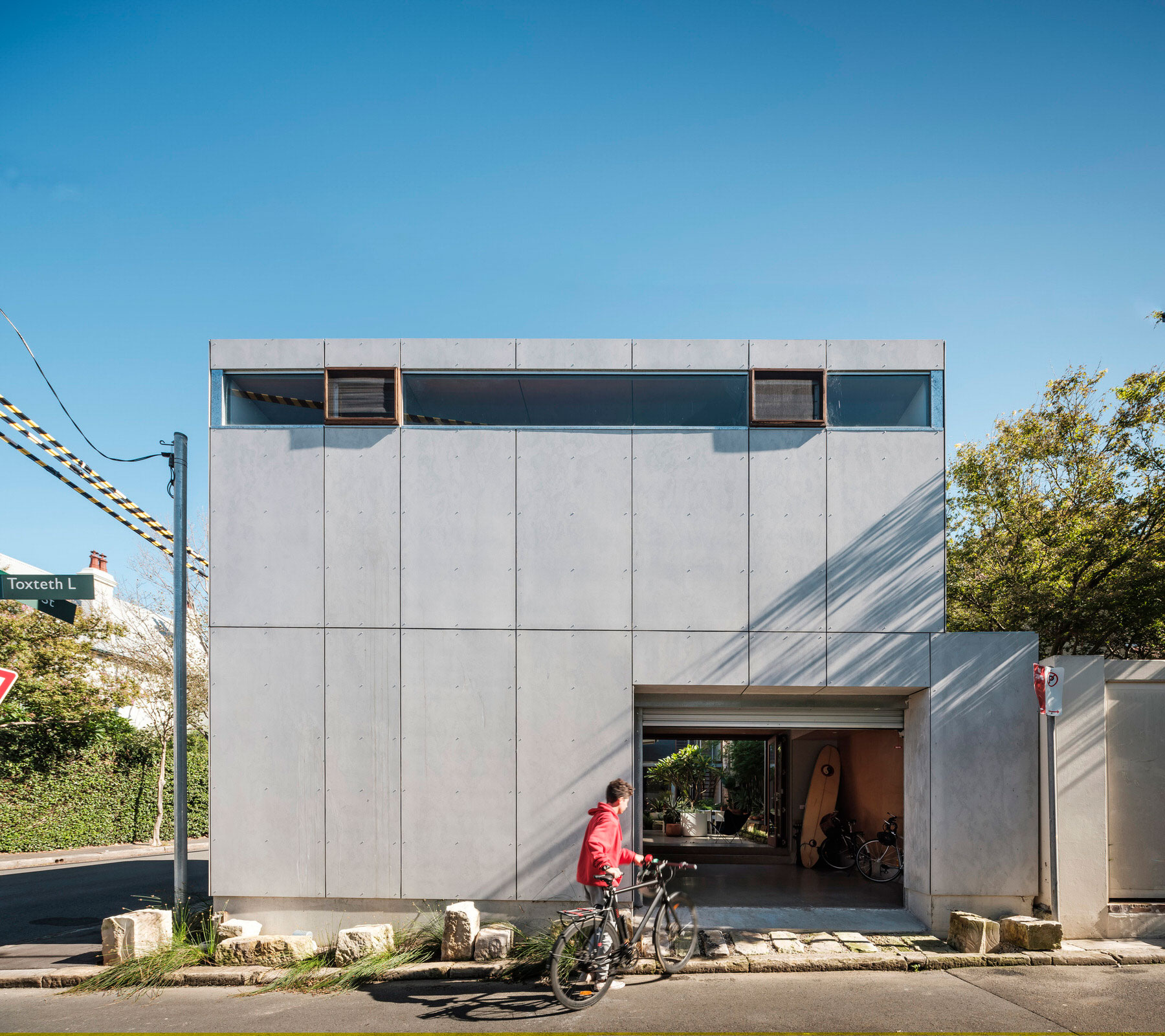 The distinction between the wings within the home reflects the needs of a mature family, allowing teenage children and parents’ space for retreat. The ground floor becomes a large and open plane that allows for shared time – the home successfully providing the opportunity for privacy and communal engagement.

Agius explains the adaptability of the design scheme creates a model for housing resilience. “The design for the house embraces the ideal of adaptability – it is designed to ‘transform’ easily between three modes – single generous 4-bedroom home, two 2-bedroom homes, and a large 2-bedroom home with a separate studio. This adaptability is designed-in – including all building services – it challenges the ‘fixed’ way in which design our housing stock, potentially addressing challenges of housing affordability.”