Covid Comfort Blankets: A creative solution to bring separated loved ones together 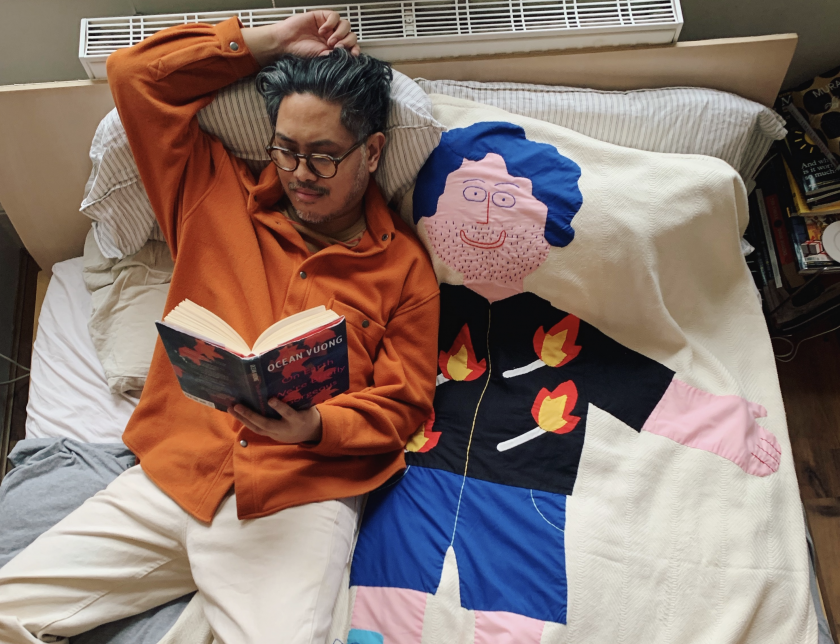 Emerging artist has collaborated with ad agency (CPB) to create a series of comfort blankets for people separated from loved ones during the pandemic.

The idea for the ‘Covid Comfort Blankets’ came after its London-based Head of Design, , became separated from his partner Dave, who’s been based in Australia for the last 18 months due to travel bans. After a chat with Frangue about his partner and their personality traits, Warby also used photographs to draw inspiration for the textile version of Dave – all in her distinctive humorous and cheeky style.

“The nature of hand-sewn appliqué – my art style – is that you have to simplify a shape to its very essence,” Warby tells Creative Boom. “So, when creating the blankets, I had to be very selective with shape and form so that it would still retain some likeness to the character. The arms being open, we decided, was the best way of filling the blank space of the blanket whilst giving the effect of the character being wrapped around their loved one.” 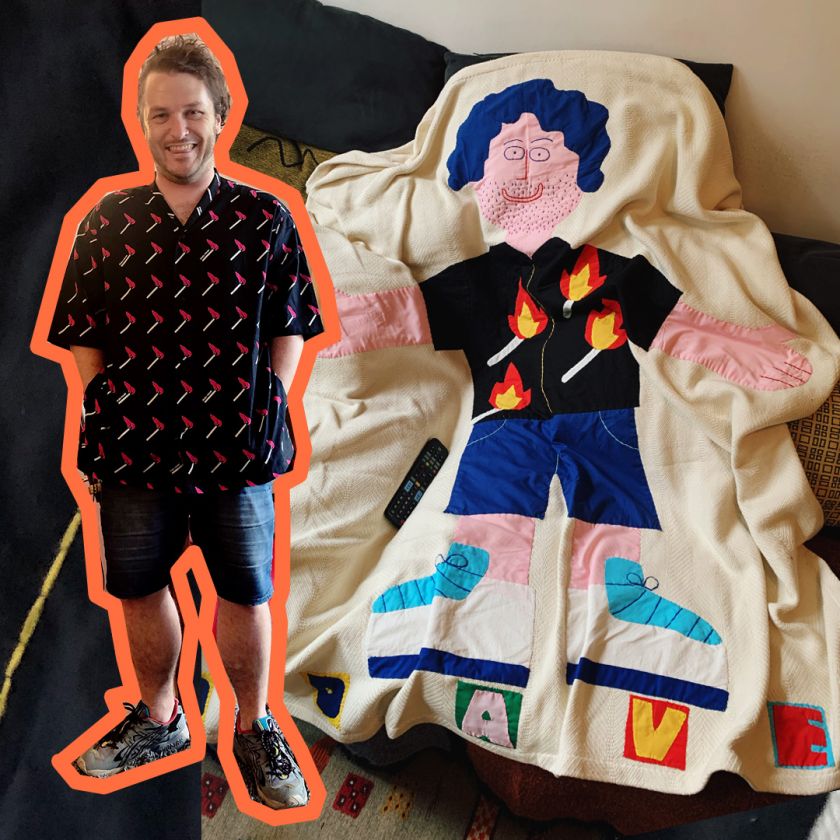 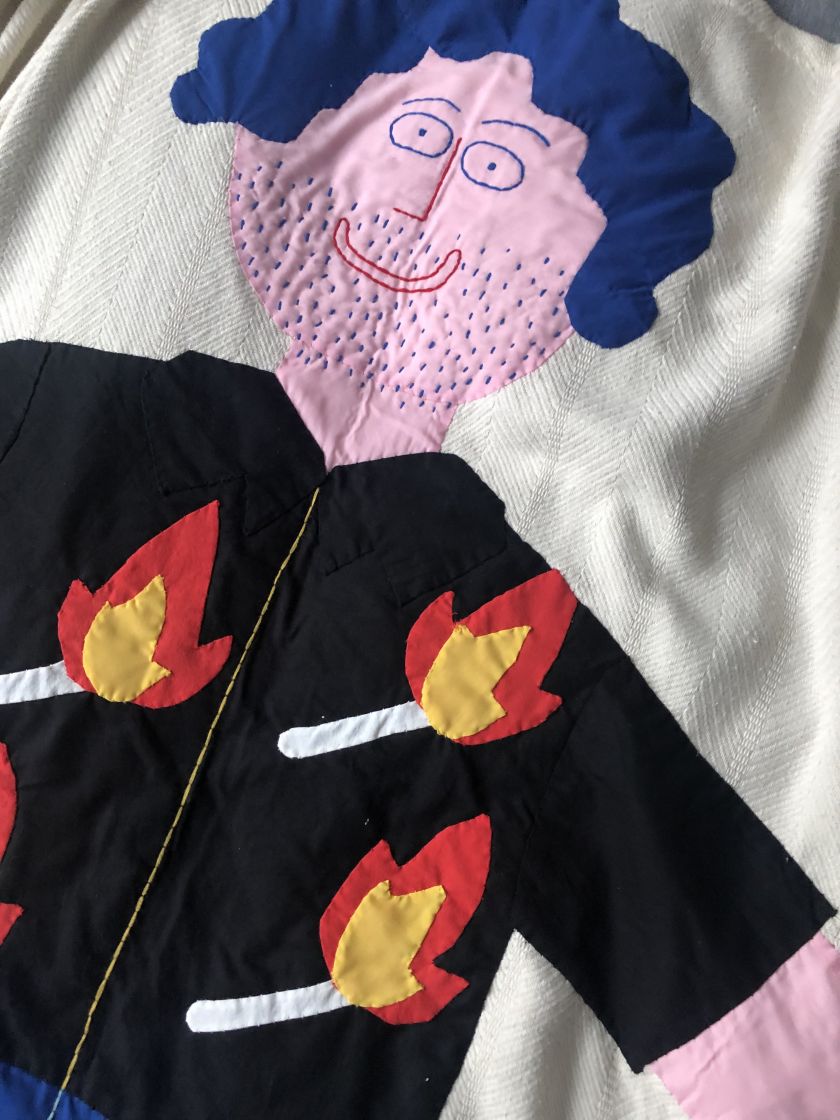 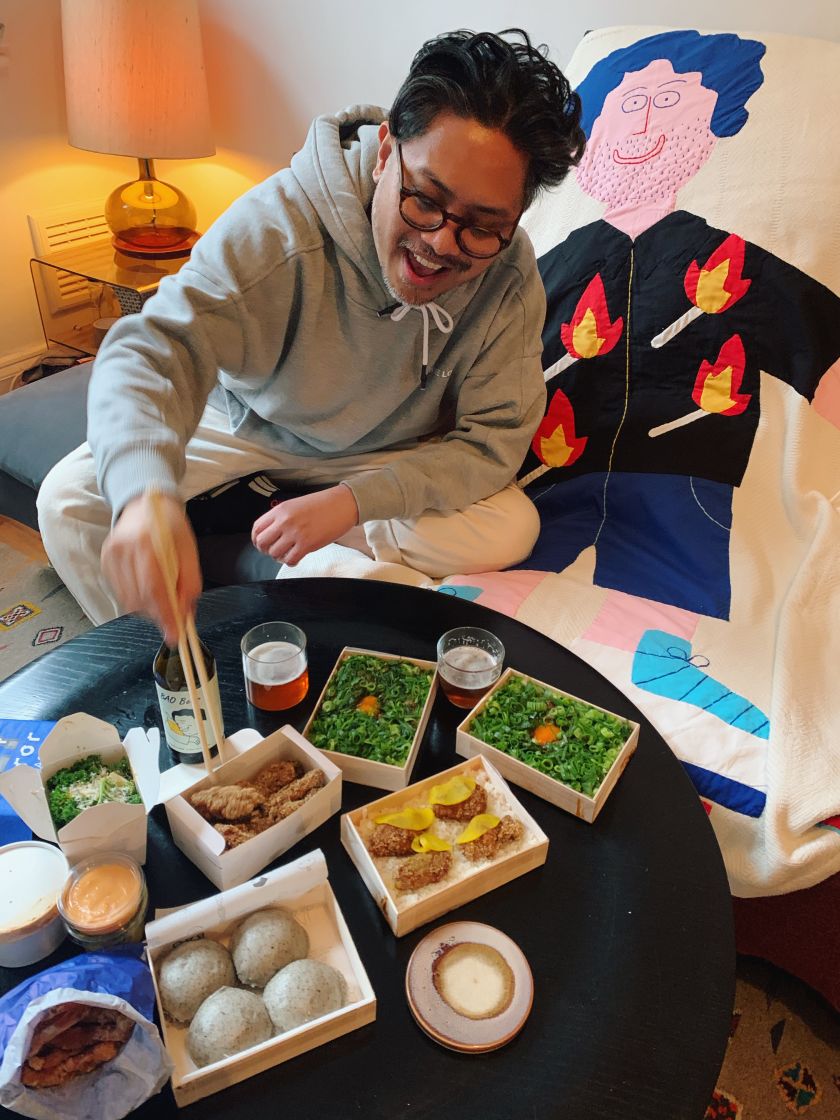 June with ‘Dave’, enjoying a takeaway

When the agency posted the images of June snuggling up with ‘Dave’ on , it was flooded with requests from people wanting their own comfort blankets and sharing their tales of separation.

“The response was fantastic,” says Dave Day, executive creative director at CPB. “I think the strength of the idea is taking something incredibly poignant – being separated from the people we love – and giving it a fun twist. That resonates with people. The stories and needs collected on Instagram were varied, some very touching, some just for the laughs, but all for a good cause. It’s nice to have brought a smile and a little comfort to a few people.” 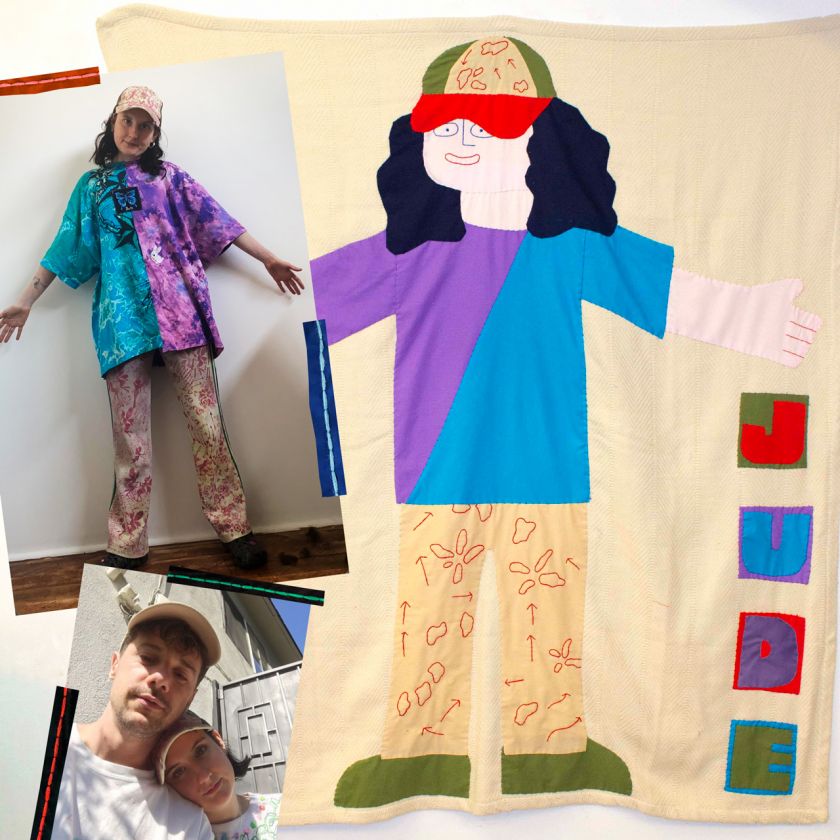 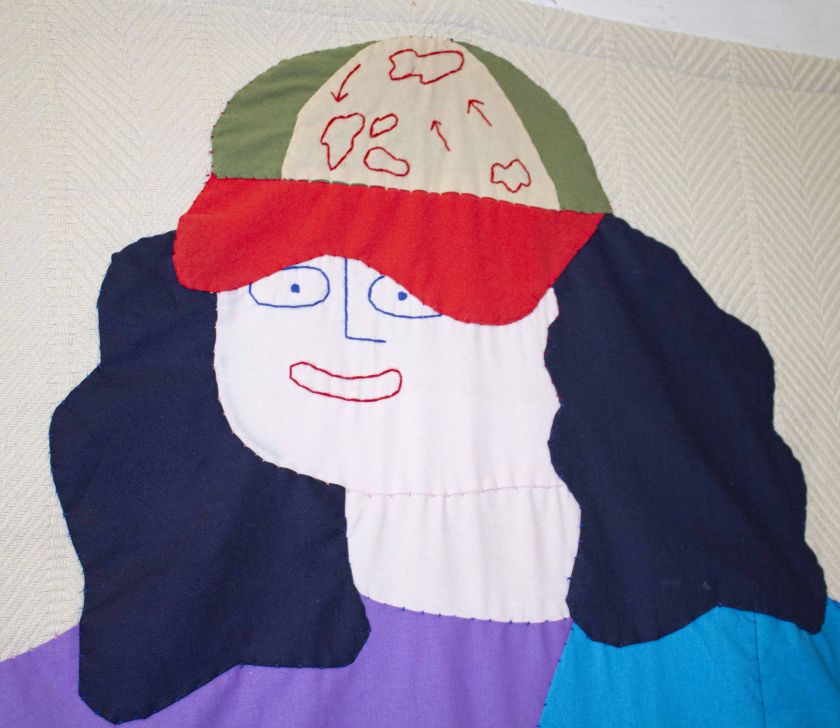 After such a big response, CPB decided to commission Jess to make another three blankets, having picked out three deserving cases via its Instagram stream. Those worthy included Jude; a Brit also separated since March 2020 from her partner Kester in Melbourne, Australia. There’s also Margot, girlfriend of Josh O’Connor, who plays Prince Charles in The Crown Season 4, stuck for months in New York with Josh camped out in London.

And finally, there’s Reagan, whose partner Matt (aka MJO) tragically passed away three years ago. “Not quite in the same stable as our other blanket beneficiaries, but her story was so touching we couldn’t say no,” says the agency.

Speaking of the project, Warby says: “I got to know the people through a series of images and character traits their loved ones provided. I picked out the photograph that featured something iconic that was signature to the character, for example, their hair cut, a pair of sunglasses or a piece of clothing and took things from there.” 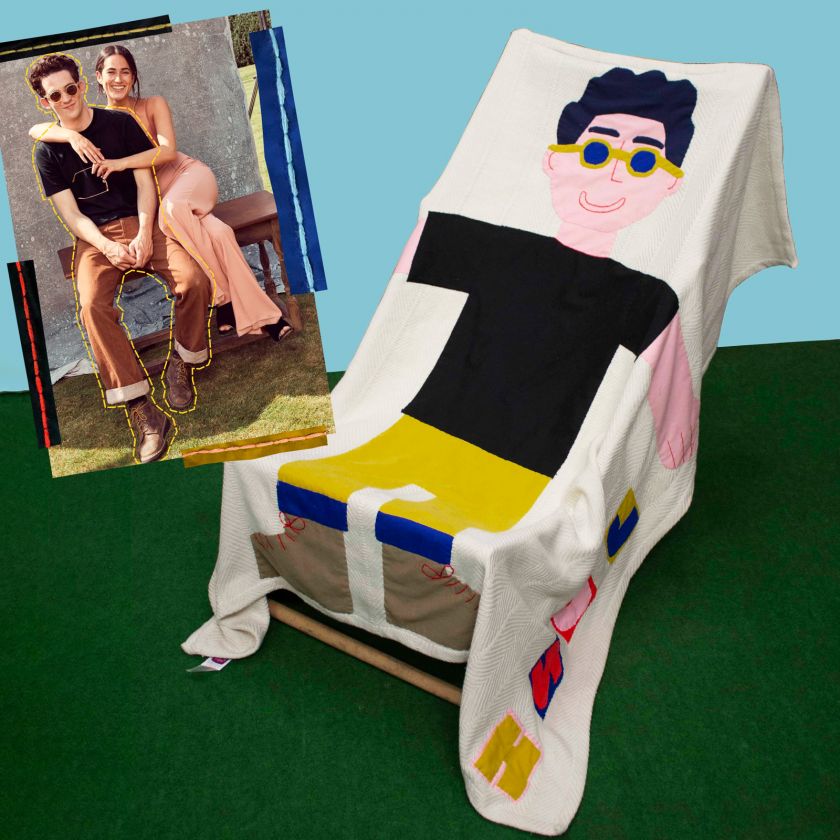 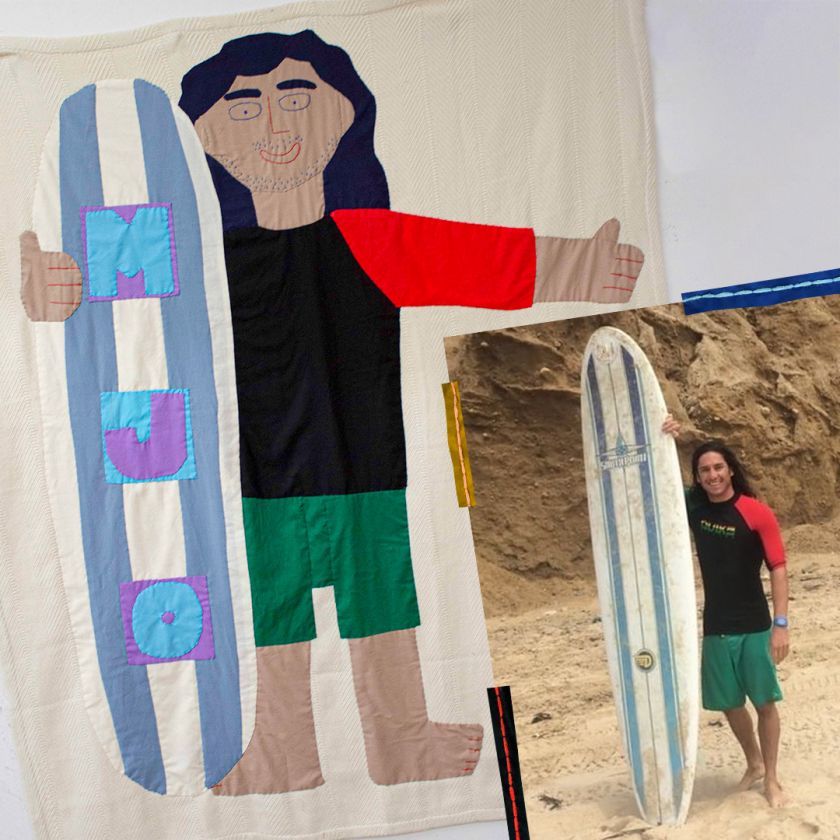 All four are now enjoying a “soft and cuddly version of their beloveds” thanks to this random act of kindness. Warby adds: “I would love to make more comfort blankets for people in future, as I enjoyed working with such a sentimental brief, especially in the height of lockdown. People are always apart, so it’s nice to find a physical way that isn’t digital to bring them together.”