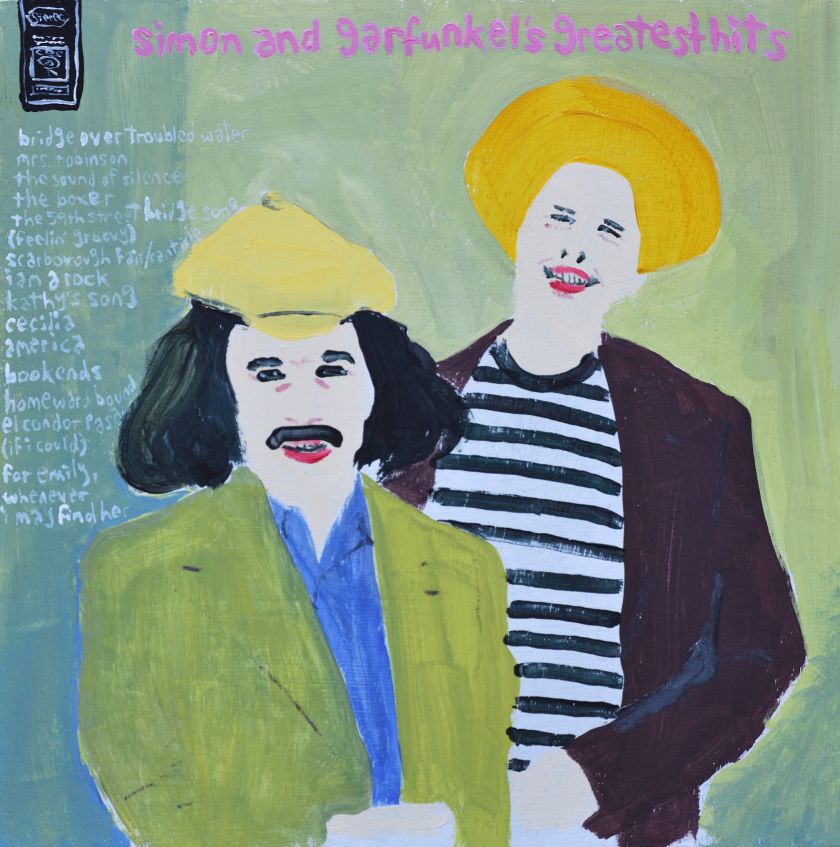 Artist has been channelling his love of music into a series of expressive paintings which recreate iconic record sleeves. Bold, characterful and rendered in sweeping brush strokes, these paintings are a playful tribute to the album art of yesteryear.

Partly inspired by the works of an artist called – a fictitious soul star with a whole series of illustrated album covers – Darren has brought a similar folk style, almost Outsider art aesthetic to his record sleeve paintings. And being a musician and huge music fan himself, a series of album tributes is an organic next step for his various skills.

The first painting in the series was kicked off by a note Darren had made for himself on an index. It simply read: ‘Paint Errol Brown.’ And before he knew it, Darren had produced roughly fifty record sleeve paintings in his distinctive style. However, only two of them feature the Hot Chocolate frontman though. 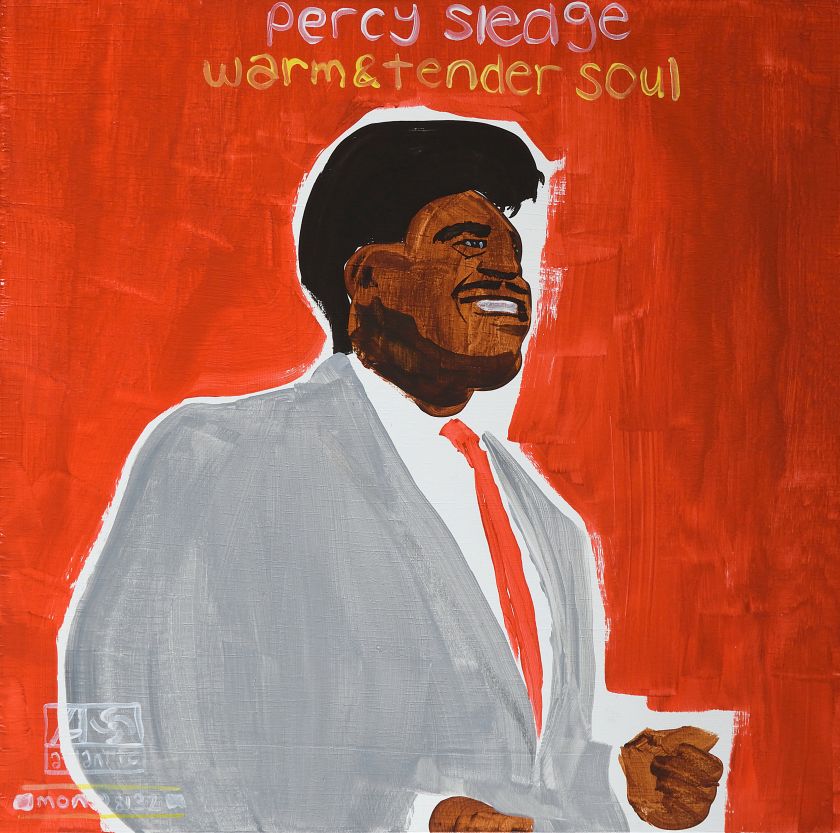 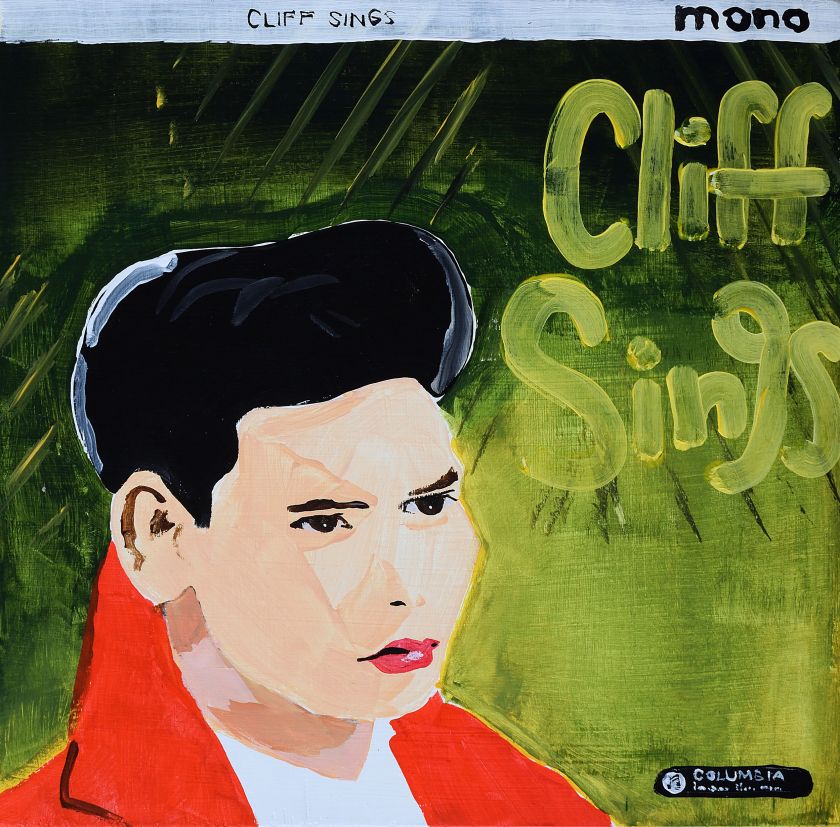 Yes, despite being a labour of love, it’s something of a surprise to learn that not every record in the series is one Darren enjoys listening to. “Indeed, there are plenty that I’ve never even heard, and there are a good few that I think are terrible covers,” he tells Creative Boom. “I tend to just pick ones that I think I can do something interesting with.

“They almost all involve a portrait as at heart I like painting faces, and I think this is why a lot of my covers come from the Fifties and Sixties. From the Seventies onwards, album covers became more respected as an art form, and the old format of just sticking the singer’s face on the front wasn’t good enough. I have painted a couple of non-portrait covers for commissions, but I don’t find them as fun. For me, the real pleasure is in taking a face and seeing what happens.”

Painted with acrylic on primed 30x30cm squares of wood – usually sourced from B&Q if the staff on the cutting counter feel like sawing sheets down to the appropriate size – the images usually start with the flesh tones that are generously laid down with a big brush. One brush movement sorts the head, then the hands and hair, preferably done in one big sweep.

Finally, the background is applied before adding all of the lettering. “All text is in my own font as I find it too difficult to try to replicate ‘proper’ text. Nothing is sketched out beforehand either, and that’s on purpose. I like to see what happens when I leave huge parts of it to chance.” 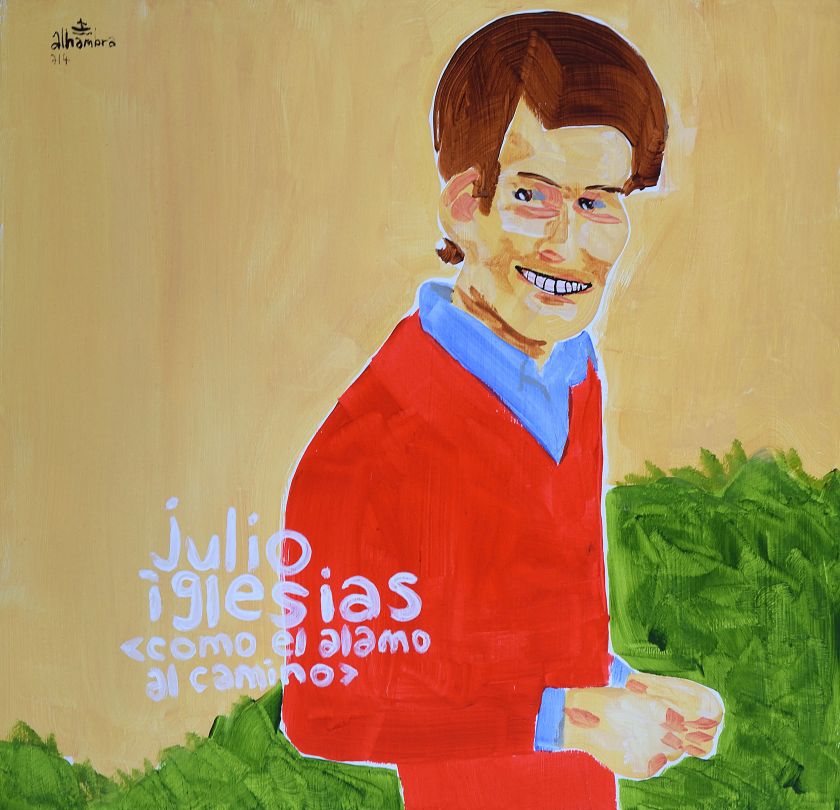 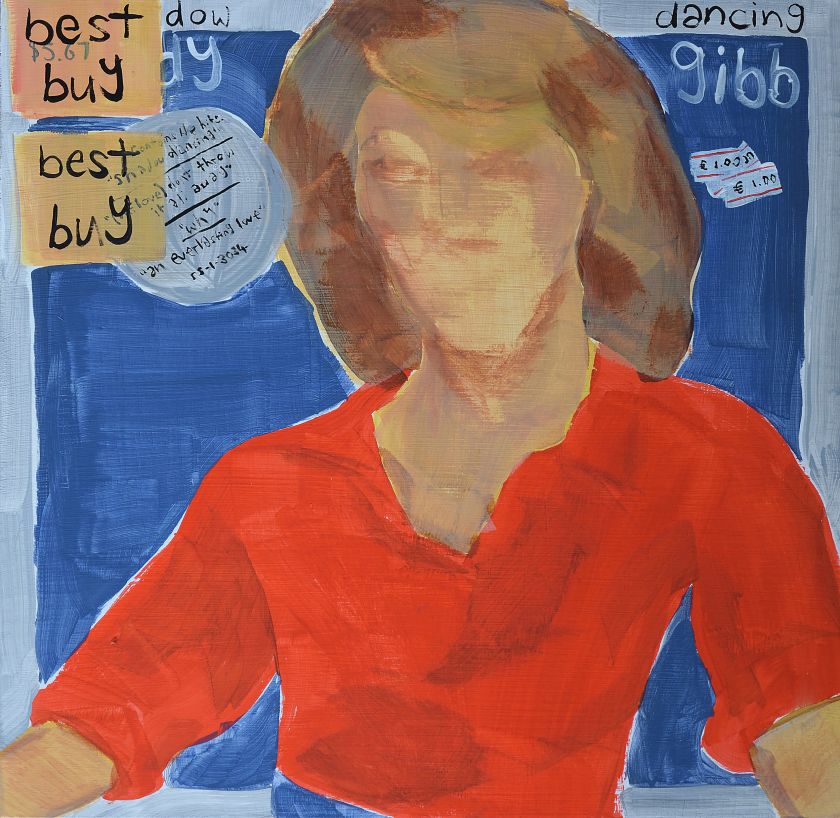 As for a favourite piece from the series, Darren highlights The Wilson Pickett tribute as a personal highlight. He praises its “great teeth, great hands, lots of interesting text and logo stuff, and bright colours. The Tina Turner one really makes me chuckle, too – massive hair and vague patches of paint where the features would be. Finally, the Simon & Garfunkel one – again, it never fails to make me laugh. Just look at their happy faces!”

With the number of paintings in the series building up fast, Darren has started to sell them on his . They’ve also made appearances in a couple of exhibitions, with the first one being displayed as a big art event in Clitheroe.

On top of this, the series has featured in a solo exhibition at Bury Art Museum, plus you can enjoy the paintings in book form by picking up from Darren’s site and Unitom in Manchester. It contains 26 album covers or, strictly speaking, 28. There are multiple tributes to No Parlez by Paul Young because “you never see just one copy of that album on its own.” 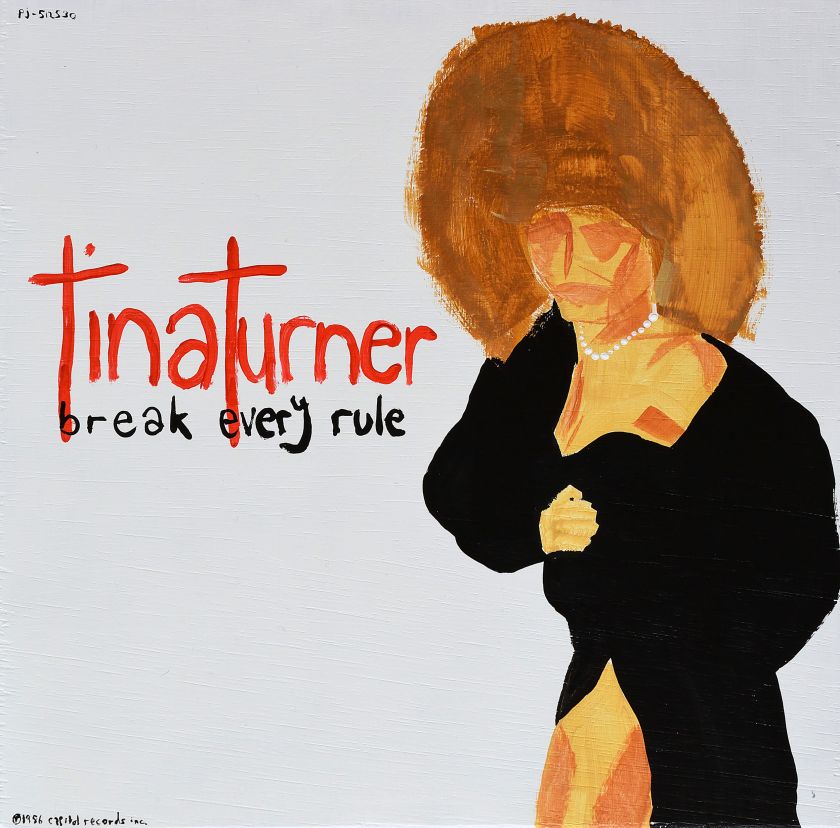 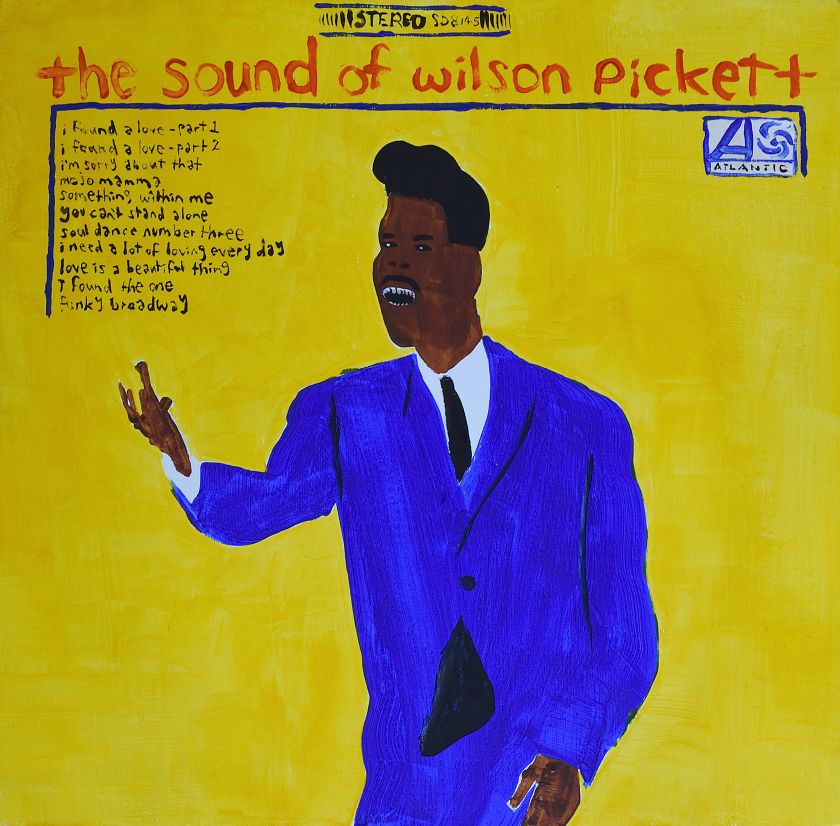 So has the process of painting record covers revealed to Darren what makes for a good album sleeve? Not quite. “I must be honest, if anything, my continuing work in this field has just confused matters, and now I have no idea what a good record cover looks like,” he reveals.

“Sometimes I think album art peaked when they stuck a photograph of ABBA in a helicopter on the front of Arrival. However, I do know what makes a cover good for me to paint – it has to be a portrait, it has to be a photograph, and if possible, it will also have the label logo and say STEREO somewhere at the top. Give me all of that, and you can’t stop me.” 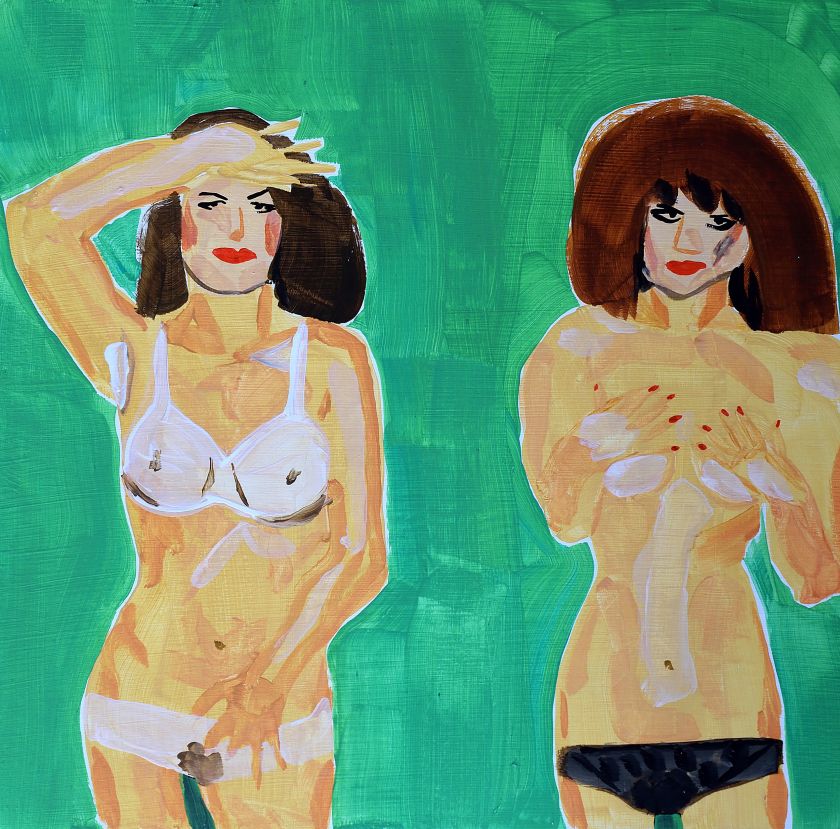