Darryl Westly questions how we capture the truth in bright, allegorical paintings 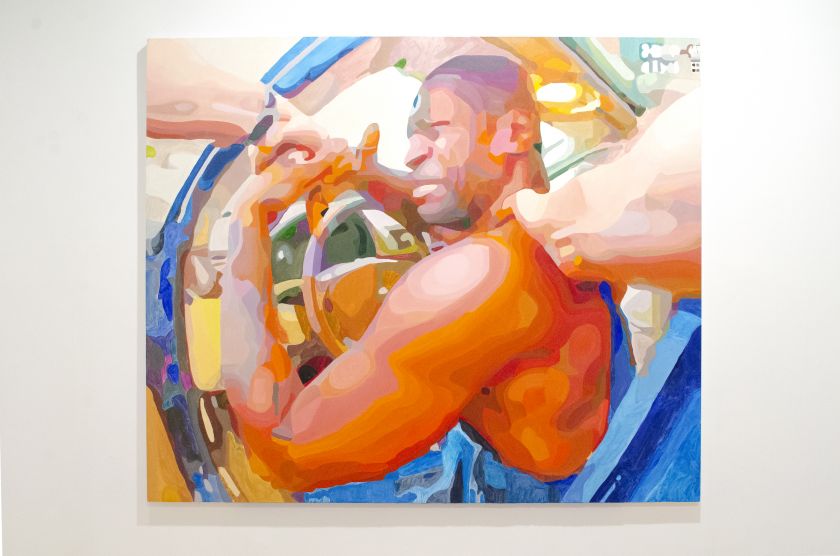 How can you trust what you see? It’s long been a difficult question to answer, but this concept has become even more complicated in the age of social media and increased surveillance. In his recent show at , artist has attempted to make sense of what we’ve been presented with over the last few tumultuous years.

Titled, A Dream Deferred, the exhibition was Darryl’s first solo showcase at the 1969 Gallery. Taking its name from the famous poem Harlem by Langston Hughes, paintings in the exhibition explored what happens when a dream is put on hiatus or goes unrealised through the lens of tragic events such as the murder of George Floyd, the pandemic, and the catastrophic Beirut explosion.

“Over the past several years, I’ve thought a lot about the phrase ‘seeing is believing’ and just what it really suggests,” Darryl tells Creative Boom. “Security cameras, cell phones, and most crucially body cameras, have served as the means by which to capture the ‘truth’.” 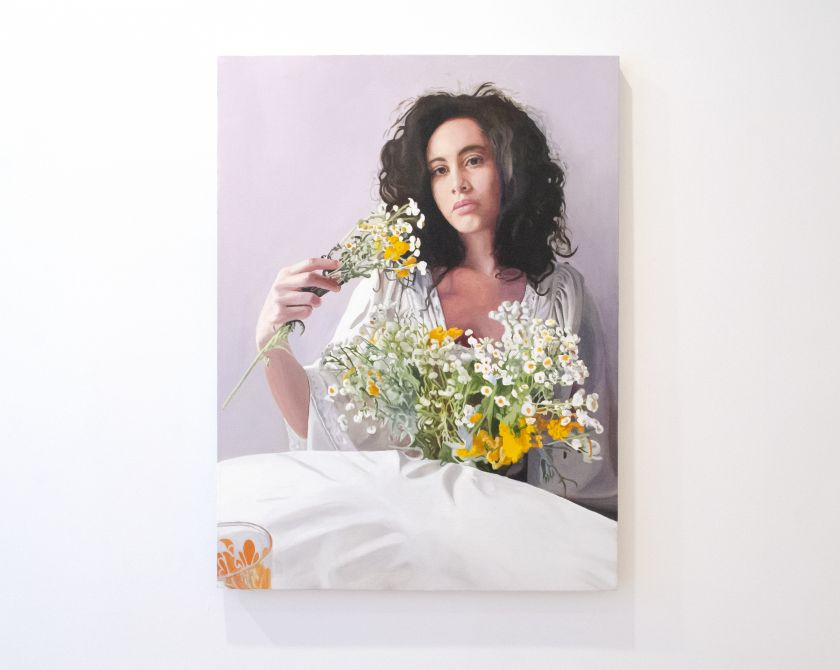 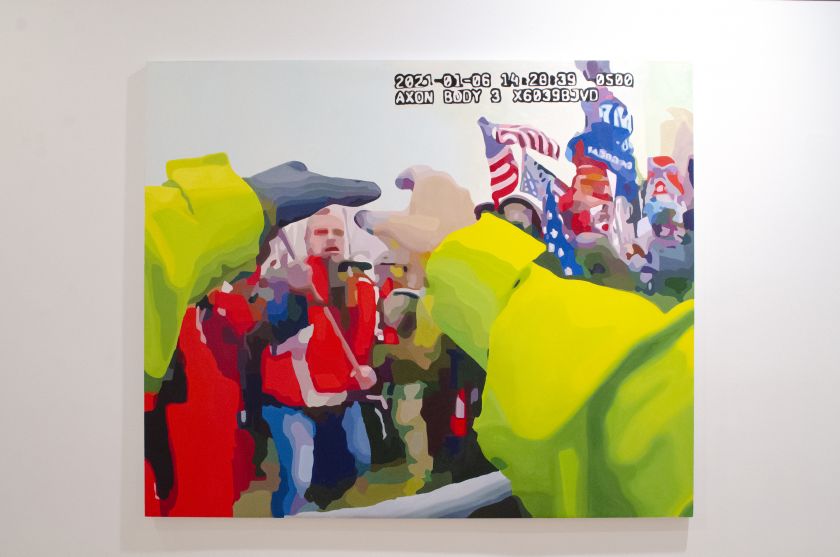 This emphasis on body cameras can be seen in the striking Axon Body 3 2020.5.25 (George Floyd) painting. In it, Darryl depicts a bodycam still from that tragic day on May 25 2020, when American police officer Derek Chauvin begins to pull Floyd from his vehicle, his act of recognising Floyd as a threat embracing his own personal ‘truth’.

“The power of that moment of contact between Floyd and Chauvin spoke directly to my own experience as a teenager in Chicago, when during an illegal traffic stop I was pulled from a vehicle by a police officer with a gun trained to my skull,” Darryl says. “In my case, I was able to walk away (the officers had mistaken my friend’s vehicle for that of a suspected drug dealer), but Floyd was not. Watching the camera footage of Chauvin’s interaction with Floyd, the dull pounding of that realisation slowly worked its way upwards in a screeching question of, what if that had been me?”

By focusing on the moment where first contact is made between the officer and the shoulder of the victim, Darryl wanted to focus on the “humanity” of the arrest itself. And through the size of the painting and the dramatic choice of perspective, she wanted to implicate the viewer into asking why it happened and what they would have done if they were the officer. 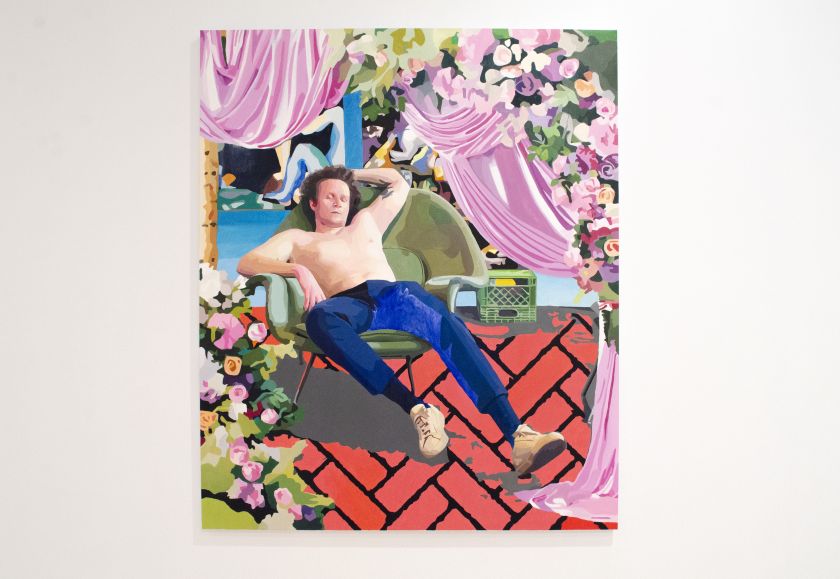 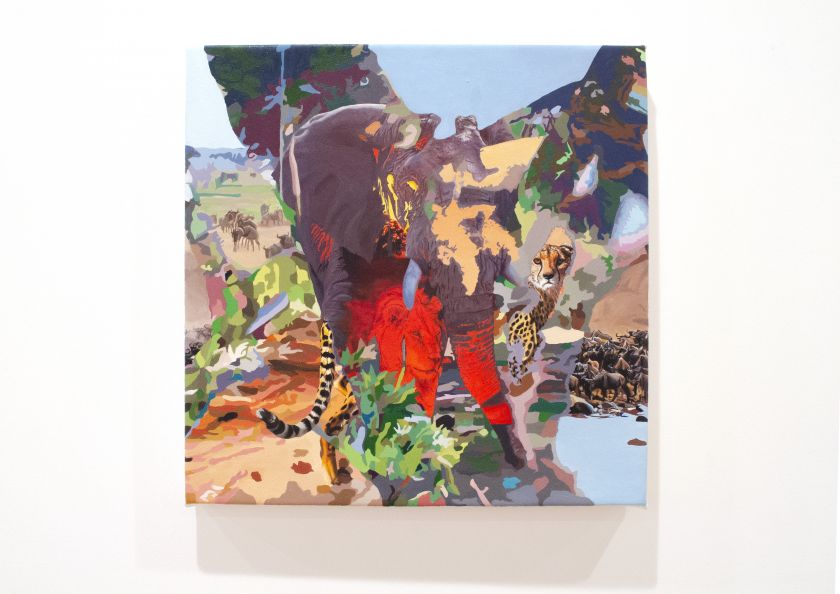 As with many pieces in the exhibition, this painting deploys a dramatic use of bold colours. Darryl draws on bright hues to confer meaning and influence how the viewer perceives the work. It’s another neat, subtle way of making the viewer question what they’re being presented with. “In America and many western countries, red and warm saturated colours are often associated with aggression, while cool greens and blues are often associated with serenity and calm,” he explains.

“This implicit symbology of colour is important in how I paint and design the canvas, especially as a means to guide the eye throughout the composition or to highlight a certain area,” Darryl adds. “For example, by using a cool, deep ultramarine blue in one area – as opposed to a vibrant cerulean or sky blue – the different aspects of the painting can begin to work together to tell a story. In many ways, I consider my paintings to be allegorical in nature.”

This element of stories and finding meaning is another foundation of Darryl’s paintings, as he believes they are a way to mediate between what we see and what we choose to believe. But since social media arrived and exploded any ideas of a single, fixed narrative, allegories have become more multi-faceted than they once were. “Social media has allowed for more diverse perspectives to be filtered and presented than ever before,” says Darryl. “At times sorting through all the information it provides can be confusing or even daunting, and this is reflected in the process of how I paint.” 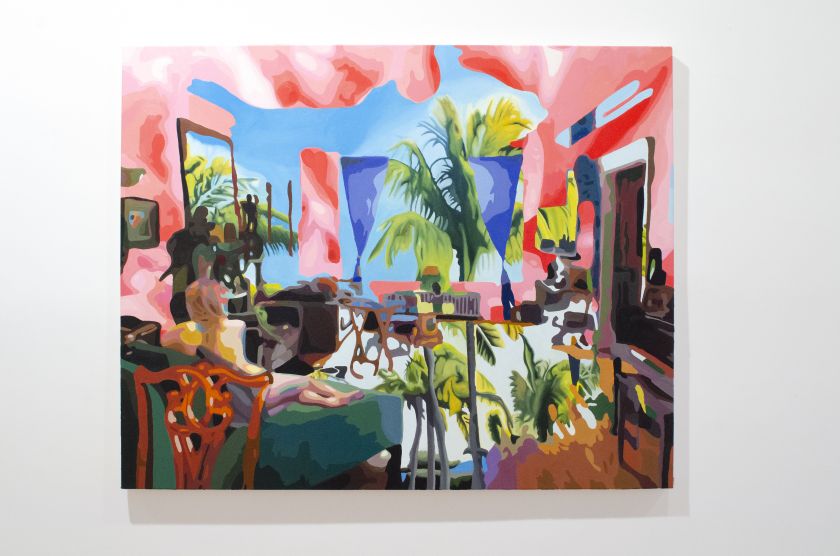 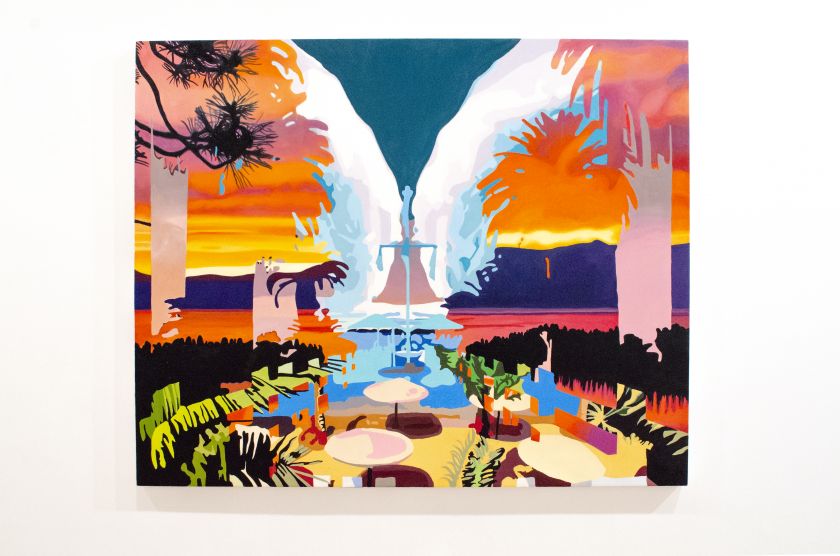 By condensing images, separating colours and adding or removing information from his compositions, Darryl can create parallels to how information is consumed via phones and the internet. During the pandemic, Darryl felt that this would be an important and effective way of capturing the new normal we all found ourselves living in.

“Deprived of routine physical interactions, the digital space has in many ways replaced the former, along with how we recognise, give and receive information,” he says.

“The pandemic has brought forth many problems and issues that have persisted within the fabric of American society that mirror those recognised by Hughes: a lack of opportunity, leisure and health, wealth, and disillusionment with the promise of the American Dream.” 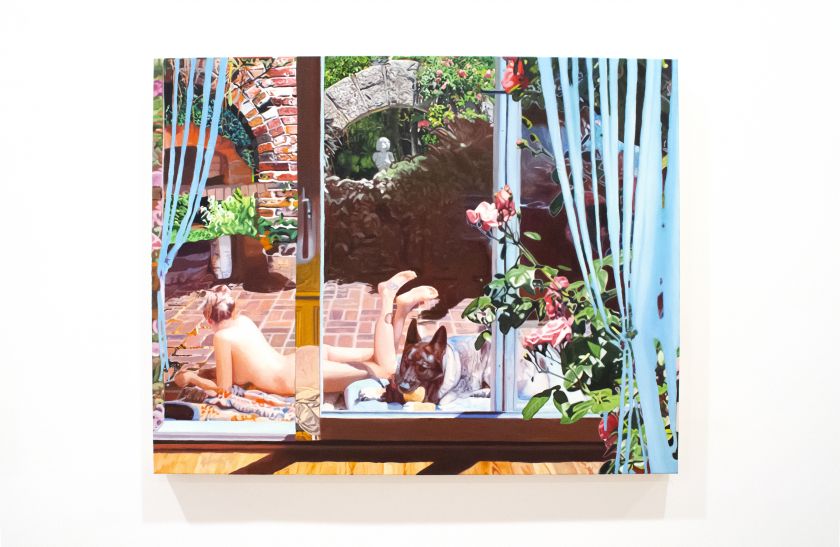 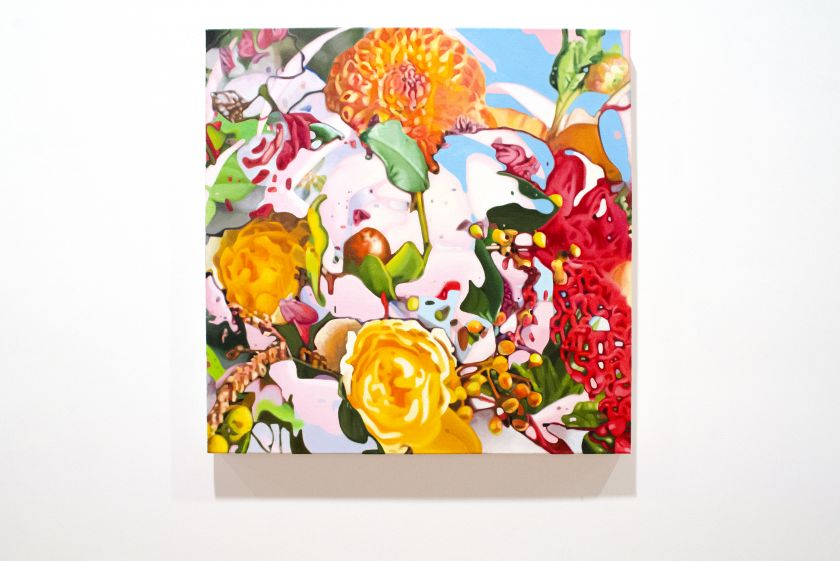 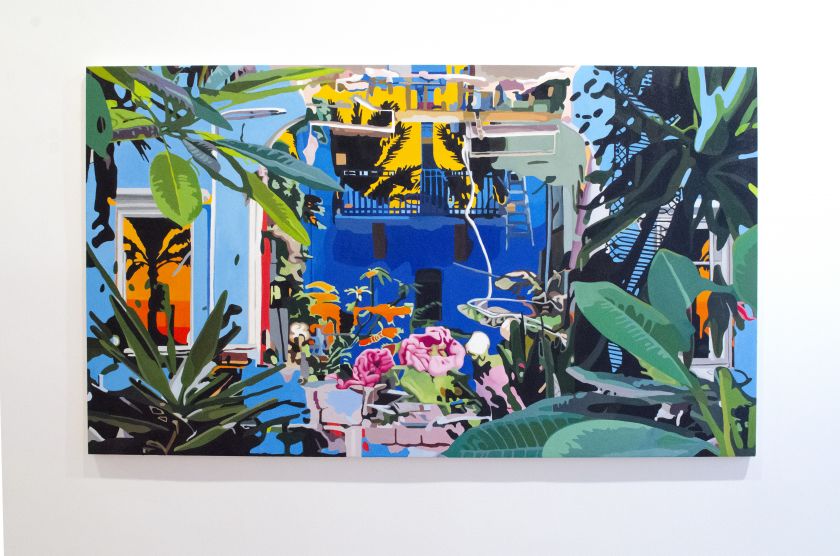