Davide Bart. Salvemini on crafting weird worlds that walk the line between reality and unreality 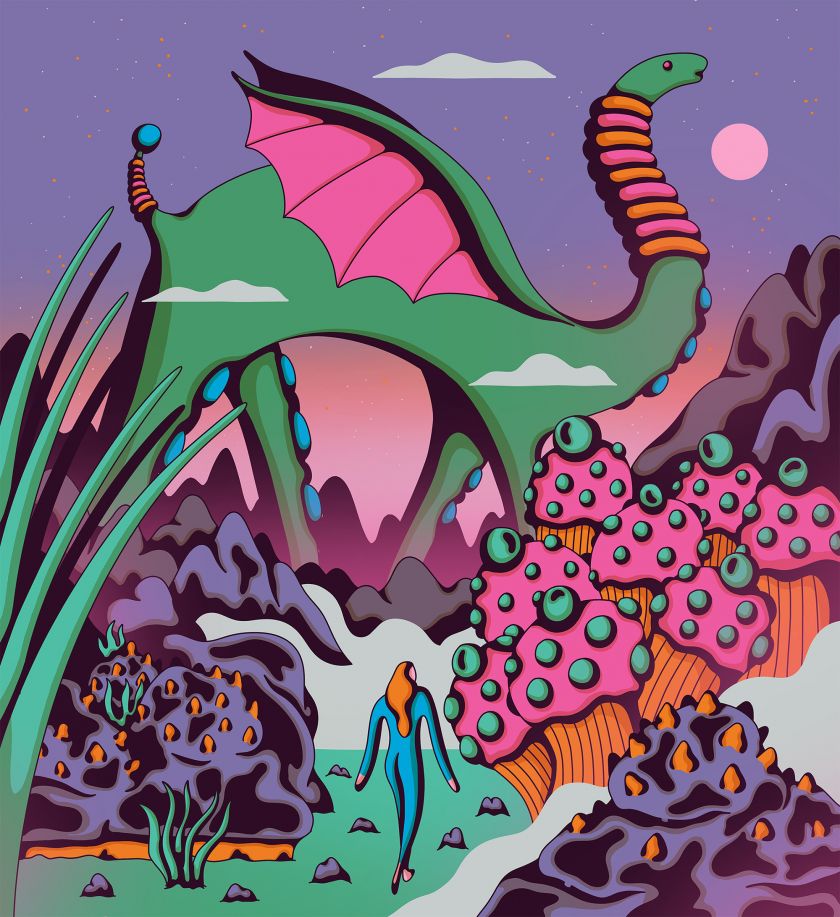 The Bologna-based illustrator polymath talks us through his latest works, including one that reflects on the crazy past two years and another depicting a land full of freaky creatures.

When first started, he was drawing posters for music clubs and festivals. As the ultimate gateway to his career, this landed him collaborations with music labels and musicians, where he was given the opportunity to design covers and animated videos. “Working on the video storyboards, I felt the urge to tell stories by words and drawings,” he tells Creative Boom. It inspired Davide to switch things up slightly, which resulted in him working with magazines, newspapers and publishing houses where he’d write and draw illustrated books and comics.

These days, you’d find it slightly tricky to define Davide’s output with one word; he’s more of a polymath spanning illustration animation, comics, design and UX. He learnt the skills needed to flourish during university, having graduated from the Academy of Fine Arts in Bologna with a degree in Graphic Design, followed by an MA in Illustration and Editorial Design at the I.S.I.A. in Urbino. And then, after broadening his horizons through various jobs at publications, Davide was able to land on something that he truly enjoys: little bits of everything that’s lavished in his signature colourful style. 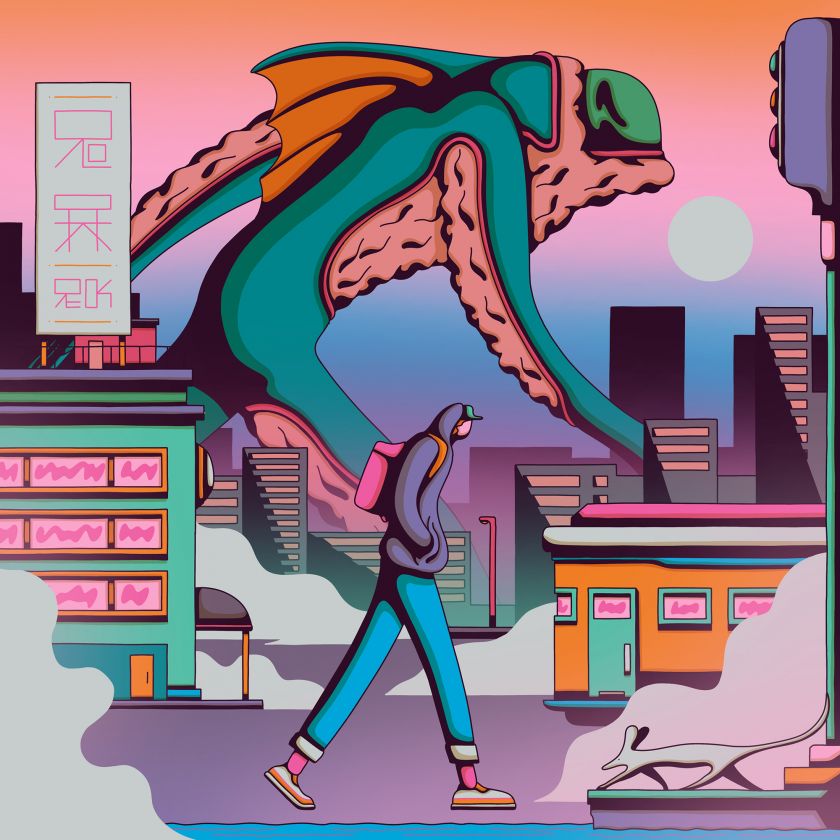 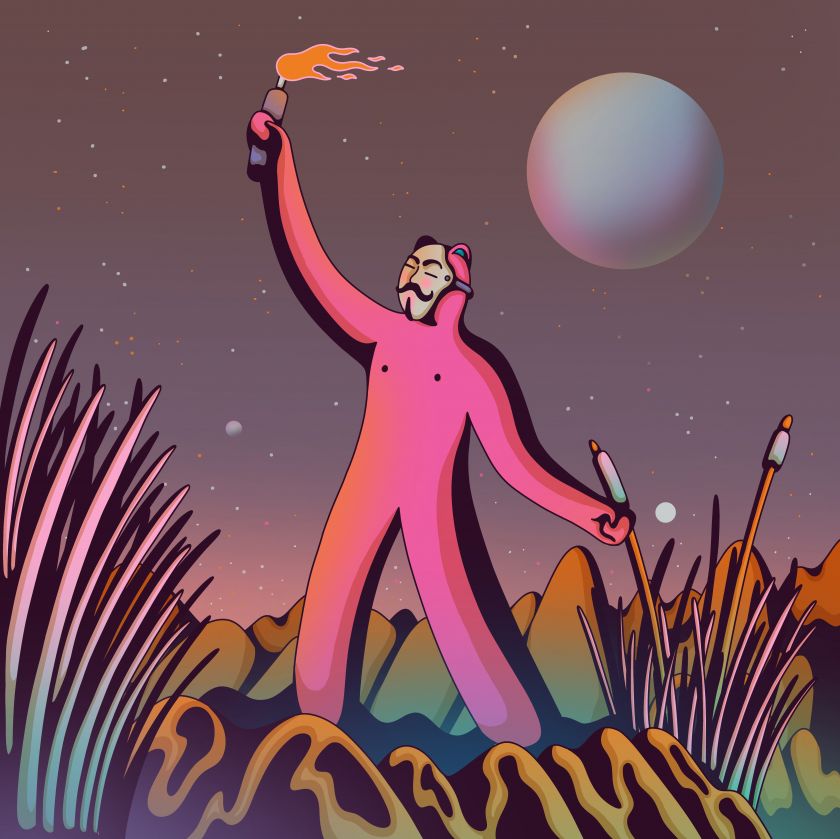 Davide’s creations tend to stem from more abstract influences, like the moments between conversations with friends, a “useless stain on the wall”, or a “fluttering cloud in the air”. It sounds like he’s a dreamer – an imaginer – and it’s through these sources that he’s able to build his compositions. “For me,” he adds, “colours, compositions and characters in each frame are like paintings to admire and study new ways of representing my ideas.” And once these ideas are formed, he’ll begin the process with a white canvas picked as a “chaotic code to decipher through the drawing”.

Next, he’ll apply his lines, colours and forms, which he describes as “doors into chaos to catch the vision”. More often than not, he’ll begin a piece with a few keywords scattered on paper for reference, which he’ll incorporate into a “coordinated map” from which he’ll devise his subject, colours and shapes. After that, he starts sketching on paper and works directly on the iPad. “It’s like riding a wave. Timing is essential.” 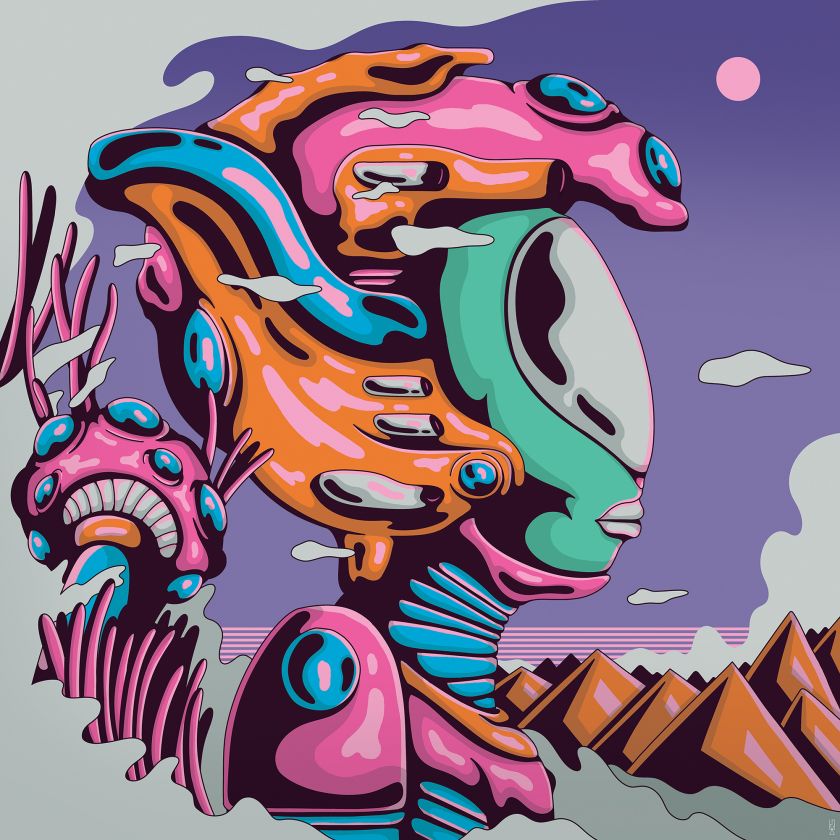 Speaking of his recent works, Davide points us in the direction of Another World. This one represents his vision of a utopia, where a dinosaur-dragon-type creature galavants through a cupcake land filled with extra-large plants and vibrant hues. Here, Davide says there are “plastic colourful big creatures and an acrylic and soft nature. I would like to visit this planet”.

In Portrait by the street, this is one that the artist made at the beginning of 2022, having reflected on the past two years. “Perhaps for the first time in the planet story, everyone in the world has felt the same sort of emotion and tension,” he shares. “So many things have changed, and it’s important to relax and think about the present. It is a portrait of how I perceive myself in the world; two symbiotic identities, one human and zen, the other one alien and looking for new worlds to explore.” 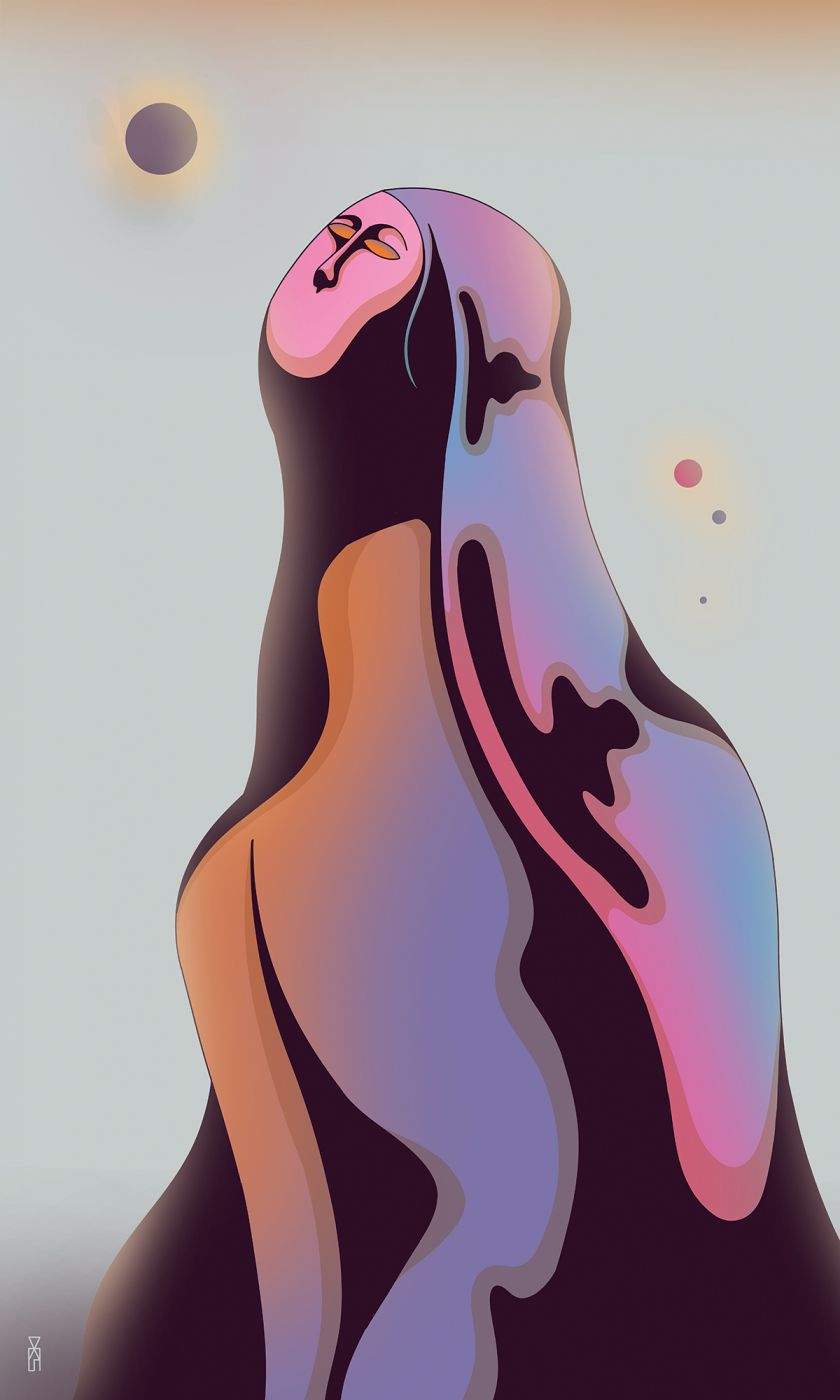 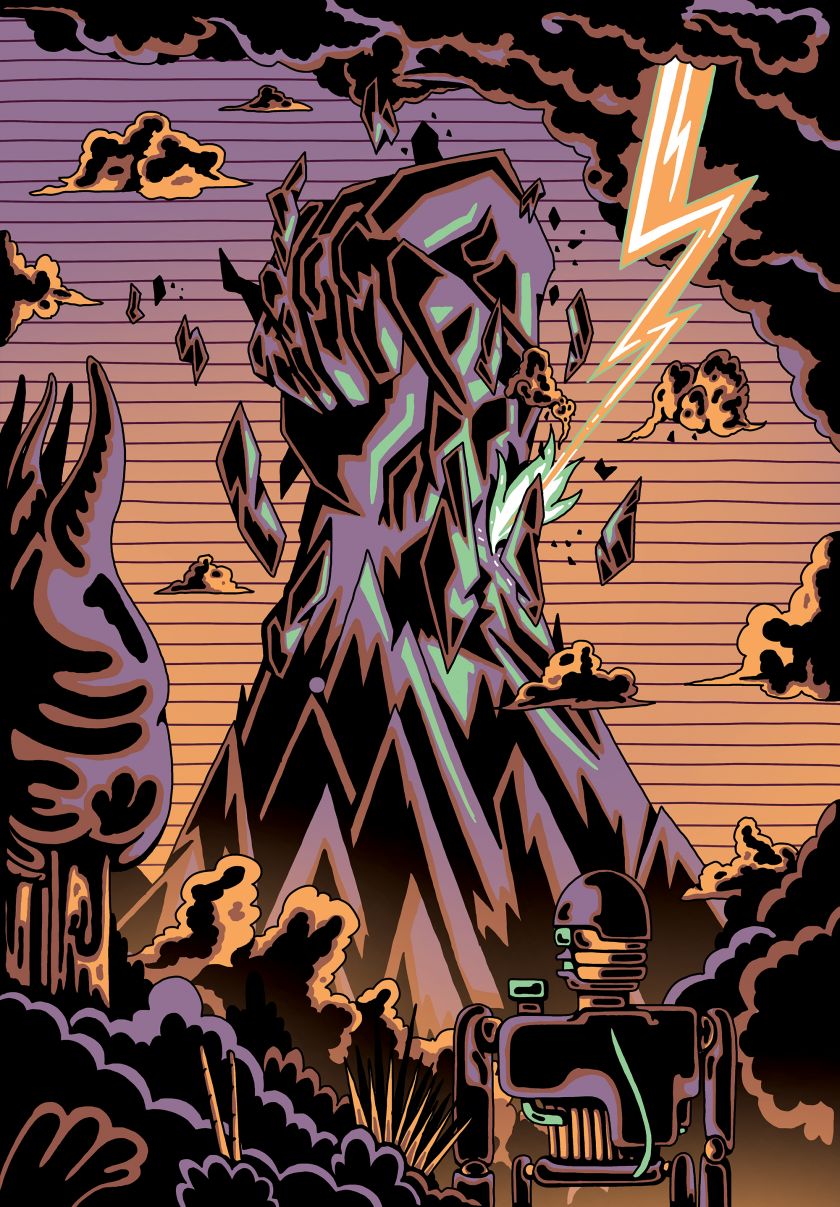 Working at the sweet spot of self-awareness, Davide can access the perfect level of weirdness and realism through his creations. “I try to walk a fine line between reality and unreality,” he notes. “It isn’t a dream but a new point of view.” As such. Davide’s an avid fan of building both micro and macro worlds for his viewers to enjoy, places where air, water, creatures and forests collide.