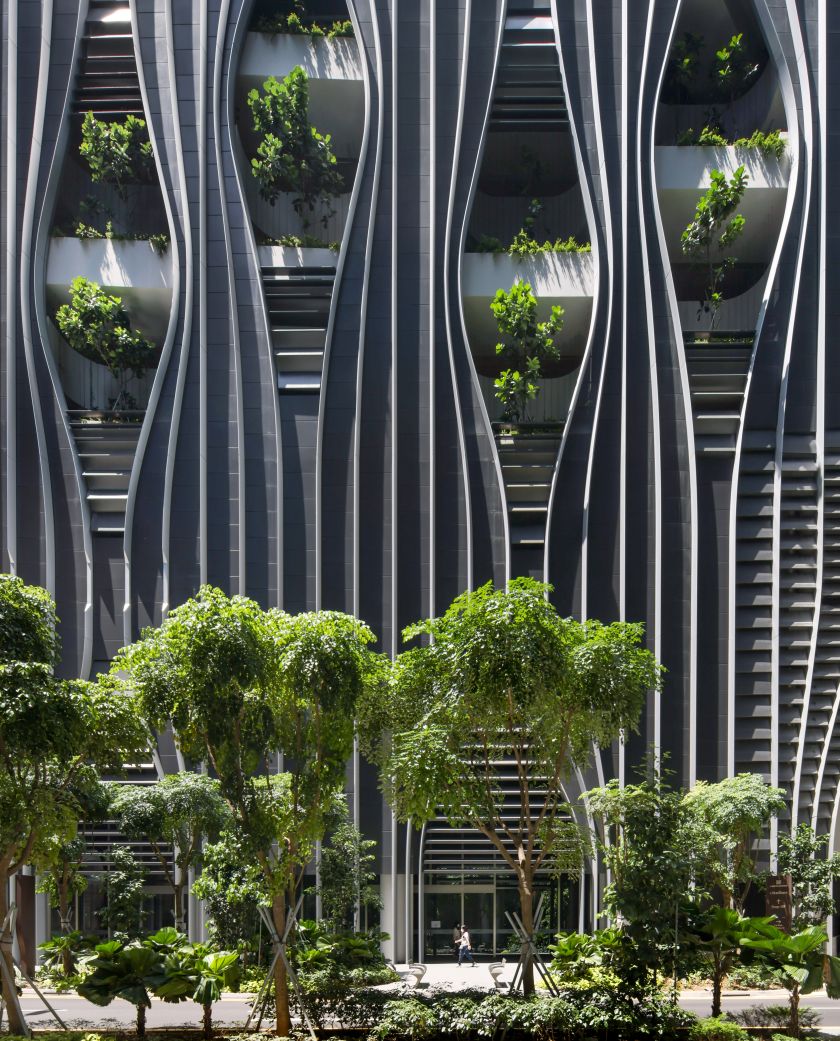 Singapore has welcomed a new icon to its famous skyline, a building where you can work, live and play with gardens, greenery and little parks all within its 280-metre soaring development. For CapitaSpring’s brand identity, it called upon the local team at to create something that would champion its new “oasis in the city”, highlighting the very architecture that makes it so unique.

As CapitaSpring is set on the most valuable land in Singapore’s Central Business District, the brief was to create an identity “worthy of its potential status,” so says Design Bridge, one that would also recognise its purpose to fill the city with buildings that enrich the lives of the people who live and work there.

Other points of inspiration came from the actual design of the building, as the developers CapitaLand wanted to seamlessly connect the original architecture and help tell its story beyond its foundations. The facade has unusual curves rising up, revealing little pockets of lush greenery throughout with bushy trees creating a dramatic contrast against the contemporary grey metal as it twists and turns skyward. Looking at Design Bridge’s completed work, it’s clear these architectural details form the anchor to the entire identity, one that is brought to life through motion design.

As part of its research phase, Design Bridge interviewed the architect of the building who shared their aspiration that the project would look like it had grown out of the central core of Singapore, an “oasis in the garden city, becoming an epicentre and a new focal point within the already iconic skyline”.

The very name CapitaSpring was the result of several workshops with the CapitaLand team. And the tagline not only represents the tree-like structure that seems to emerge into the skyline, but it also captures the ambition of the entire project. “It was an honour to create an identity worthy of such a prestigious building, not only representing the beautiful architecture, but also the growth of the people and businesses throughout Singapore,” says Tom Gilbert from Design Bridge.

The global agency then appointed architectural photographer Finbarr Fallon to capture the beauty of the building in a suite of images that would sit alongside its identity, helping to tell the development’s story and show off the striking design. That story is full of ambition, too, as the developers hope to redefine Singapore’s skyline and support the government’s drive toward a car-lite society. It’s perhaps why Design Bridge chose a soft green palette as the backdrop to its identity, playing on the mission to reconnect locals with nature in the middle of the Southeast Asia city. 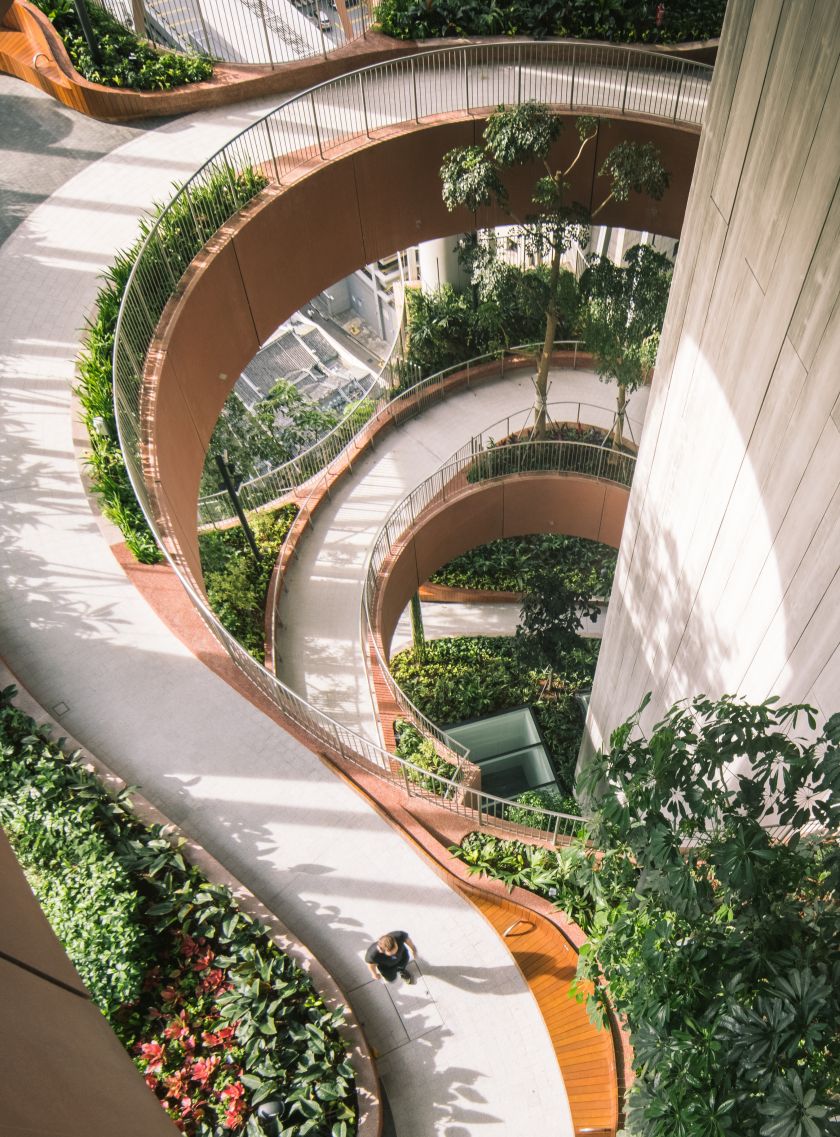 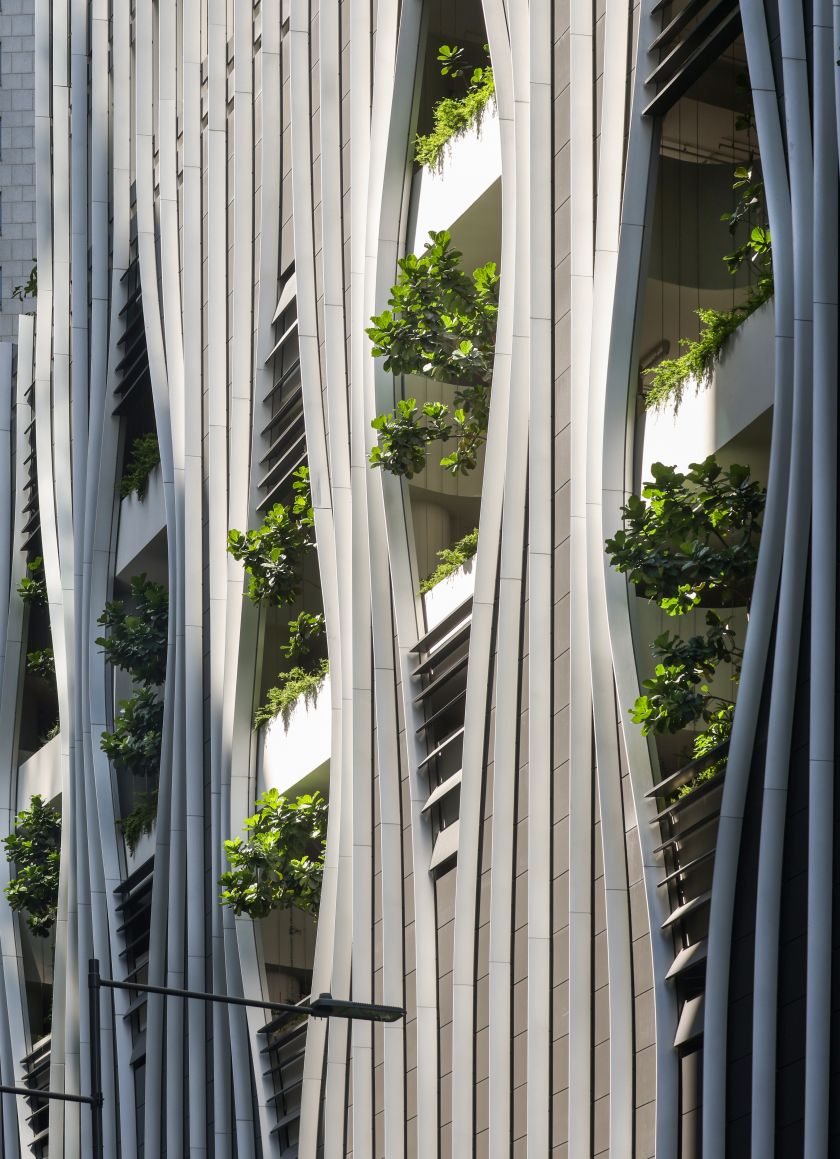 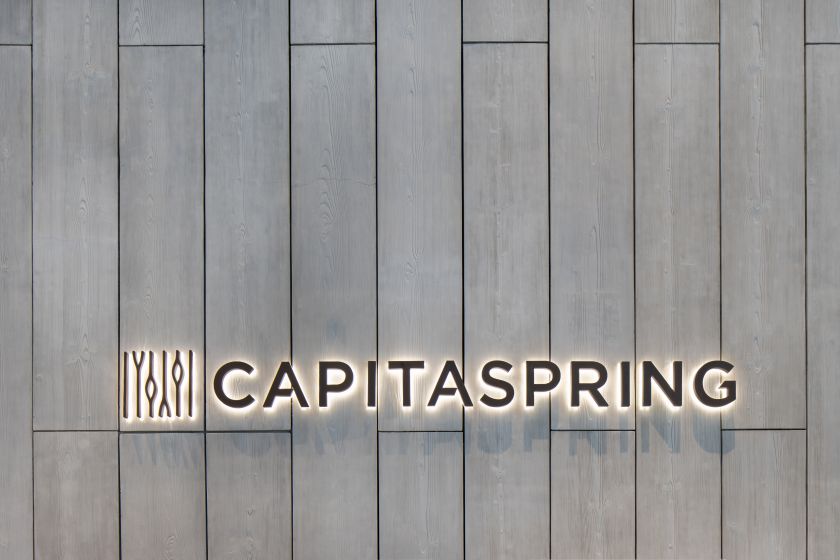 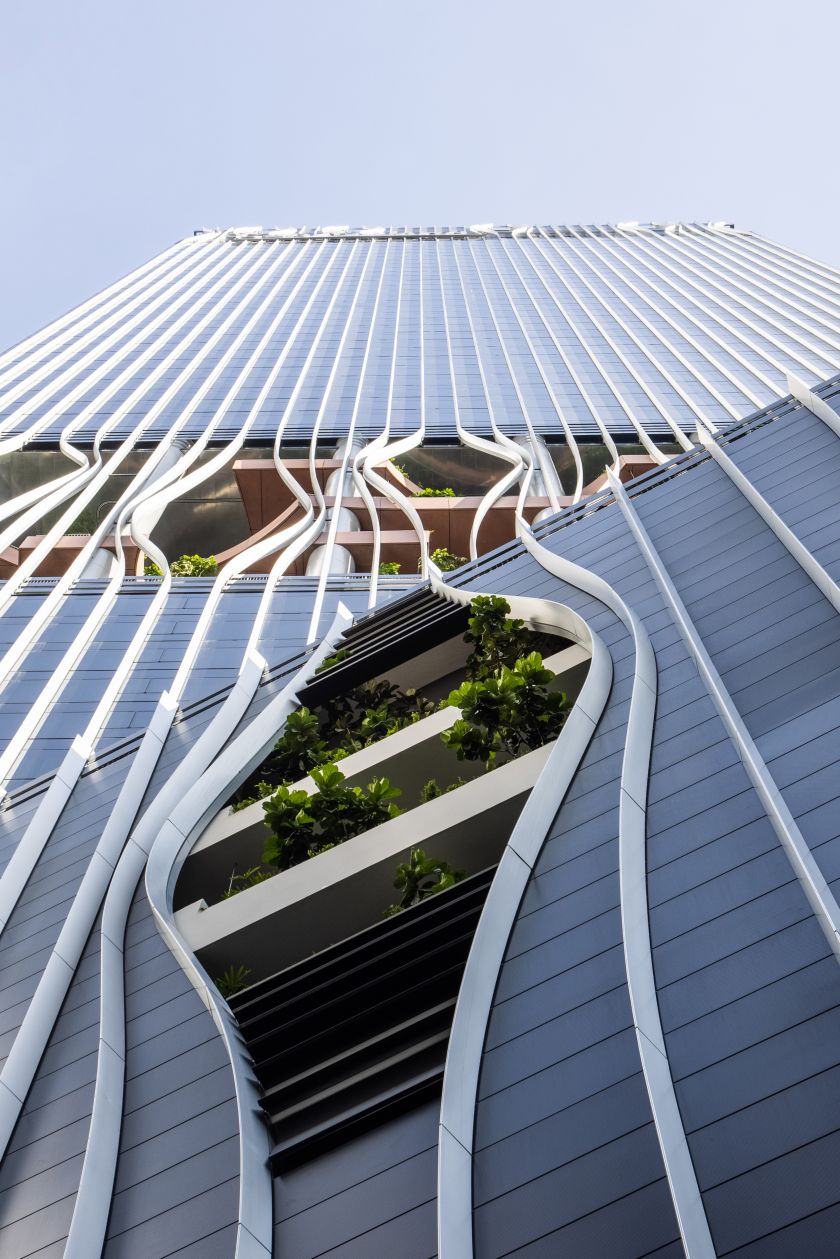 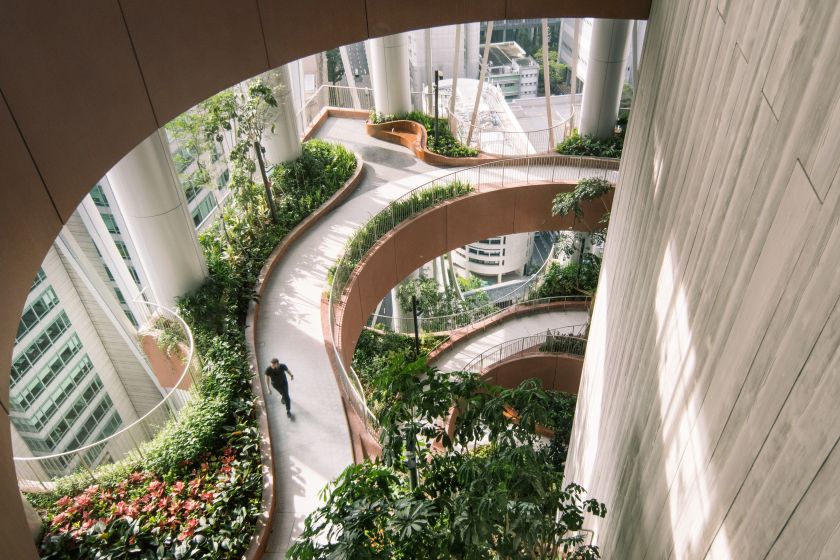 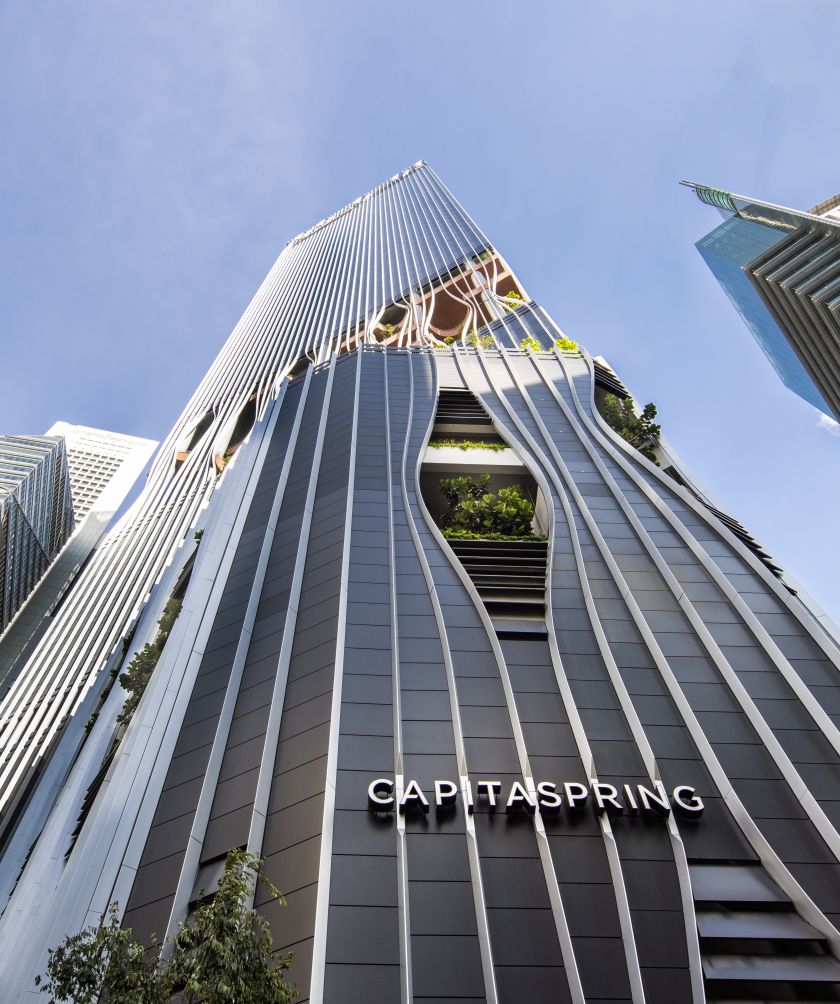 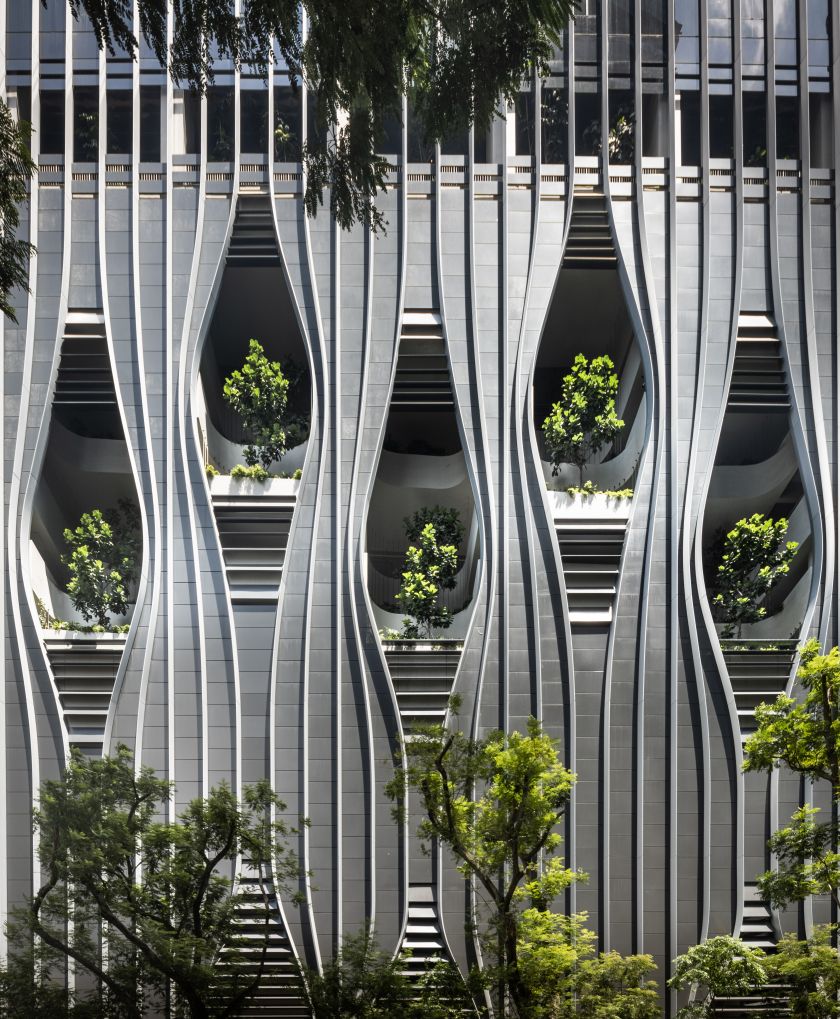