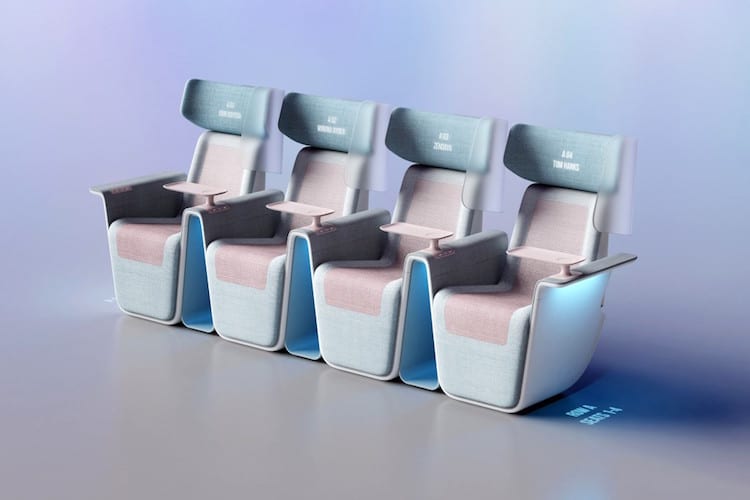 Certain aspects of the entertainment industry have been reluctantly jettisoned this past year due to COVID-19 lockdowns and necessary precautions—one of which is access to a safe and exhilarating movie-going experience. On the upside, London-based design studio is not only helping to reimagine what entertainment life could look like after lockdowns, but is also presenting it in a hopeful and thoughtful way. The innovative design studio has created a series of seating units to help soothe the COVID-19 anxieties of uneasy moviegoers. The series of lustrous seats—which are titled —aspire to contribute to a new renaissance of entertainment culture post-COVID-19.

The units are designed with “safety” as a priority, but they also hope to blend experiences relating to travel and comfort. The fully adjustable seats are placed further apart and include details optimal for sanitation. Future moviegoers could find themselves enticed by details such as removable frosted protective screens and a UV-C lamp that sterilizes the seat itself, not to mention a small storage space that’s intended to hold personal belongings. The seat’s fabric upholstery (which is 3D knitted) is hydrophobic and includes antibacterial copper threads that are woven in a way to deter dirt accumulation in crevices. The slim frame of the SEQUEL units (which could be mistaken as uncomfortable in comparison to larger theater seats of yesteryear) is modeled after , which is designed to support different body types in a variety of ways.

SEQUEL will also include all the movie-going trimmings including head speakers with immersive sound, movable armrests, and flat tray tables. There are even LED panels built into individual headrests which are intended to flash the patron’s name and seat number. The stain-repelling material used in the seats will allow for theater staff to quickly clean up spaces after each show. The seat even includes a cinema aesthetic aspect by featuring a color palette that is inspired by the pastels used in Wes Anderson films.

Keep an eye out for SEQUEL units, which may be coming to a theater near you!

Design studio LAYER has created the next generation of movie theater seats for a post-COVID-19 world. 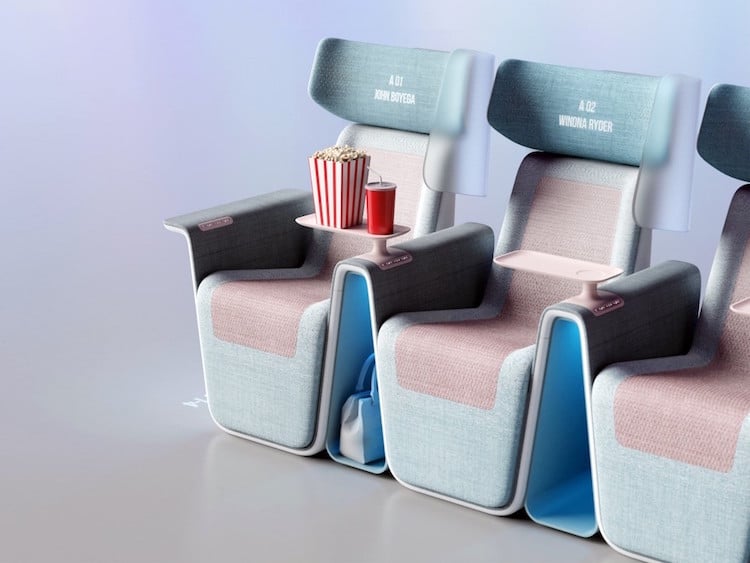 The seats are called SEQUEL and their aesthetic is influenced by filmmaker Wes Anderson and his film’s color palette. 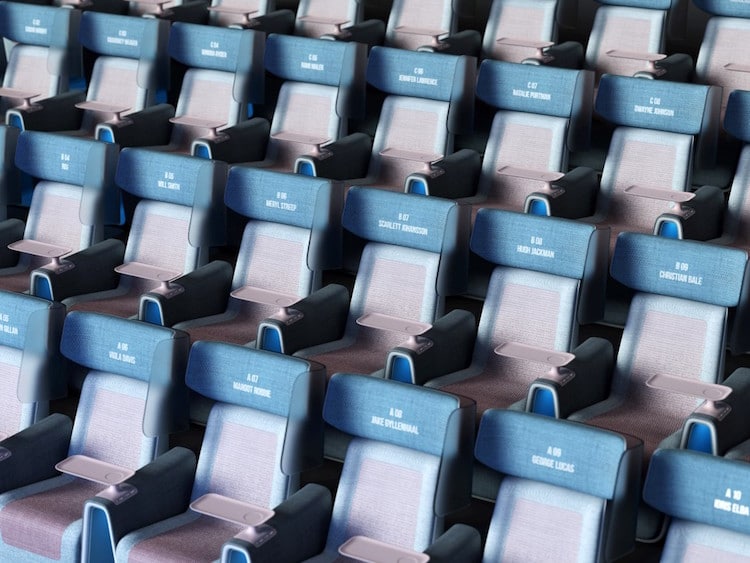 The tech included on the seats is designed to ensure physical comfort, easy use, and hygienic safety. 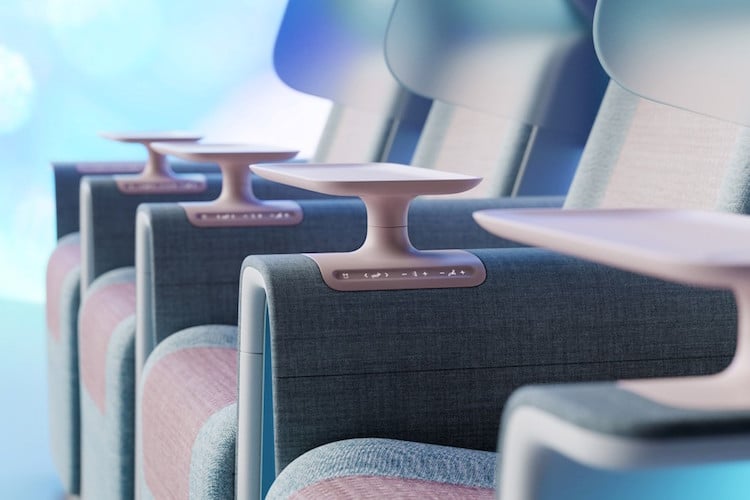 The chairs are spaced further apart than traditional theater seats and include removable frosted protective screens. 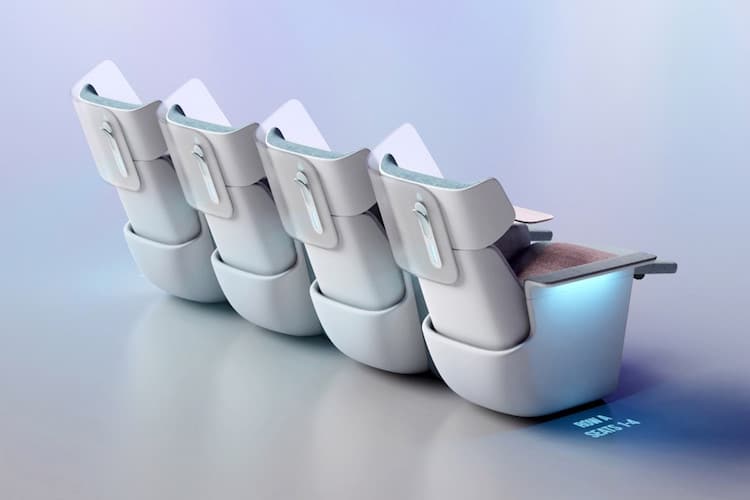 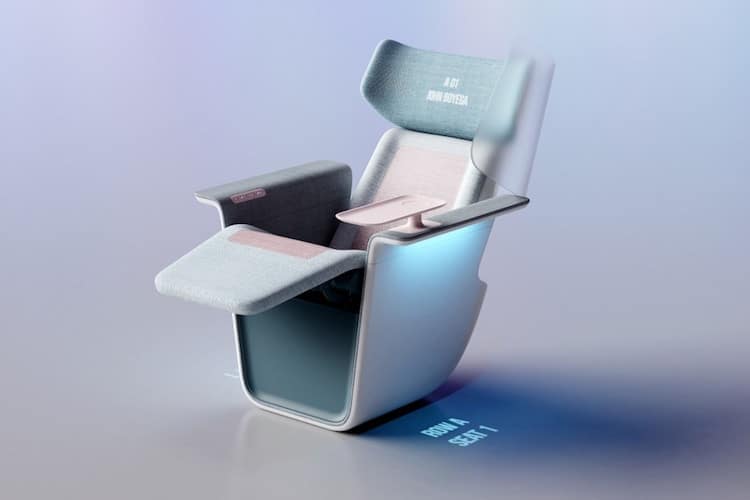 All images via LAYER.