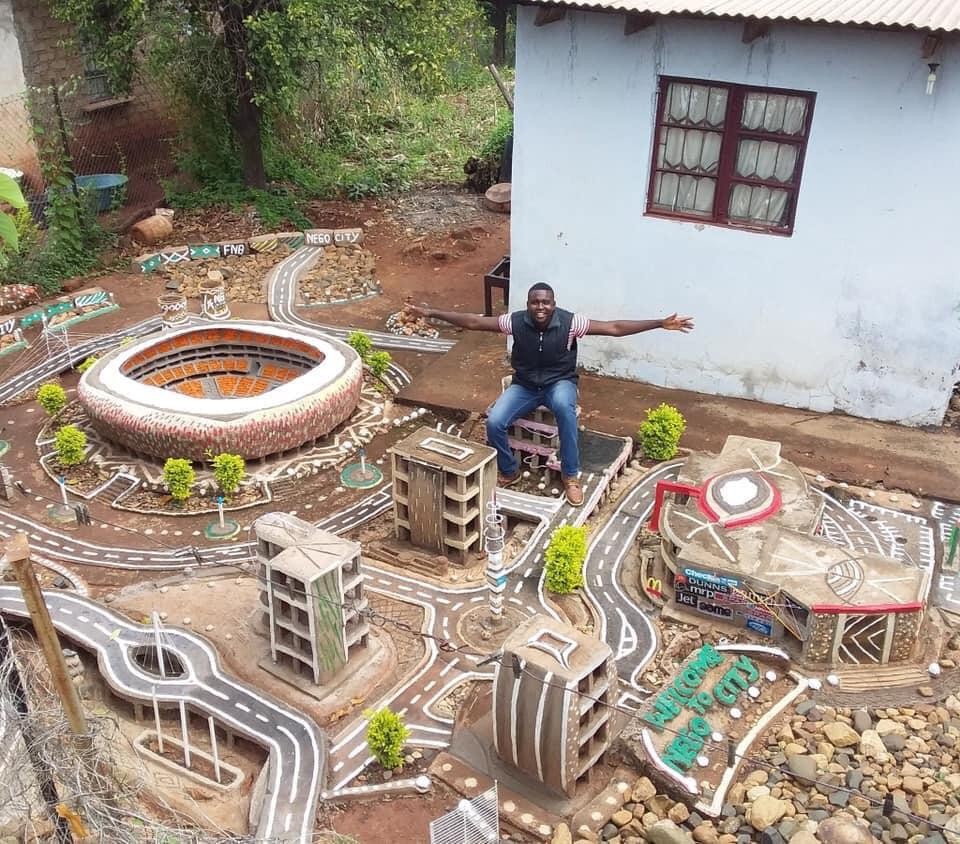 There are many artists who feel their work would improve if they had superior materials, that the very best brand of tools will give them the best results. But Mulalo Nego Negondeni—a 26-year-old man from Mukula Village in Limpopo Province, South Africa—proves that you can create incredible art from even the most unlikely materials. NegoCity is this artist’s 12-year-long project featuring a mini-city in his parent’s backyard made out of recycled materials.

“When I first saw the 2010 FIFA World Cup stadium that hosted the opening ceremony and closing ceremony in South Africa,” Negondeni tells My Modern Met, “I liked the design of it and I was crying to see the stadium live and also to attend one of the matches in FNB Stadium, but my family couldn’t afford to buy me a ticket. So because I really wanted to see that stadium I started by building it with mud in 2008 and I was only looking at the design on TV and in newspapers. I said building that stadium, it will make me feel much better because I’ll see it every day and anytime.” 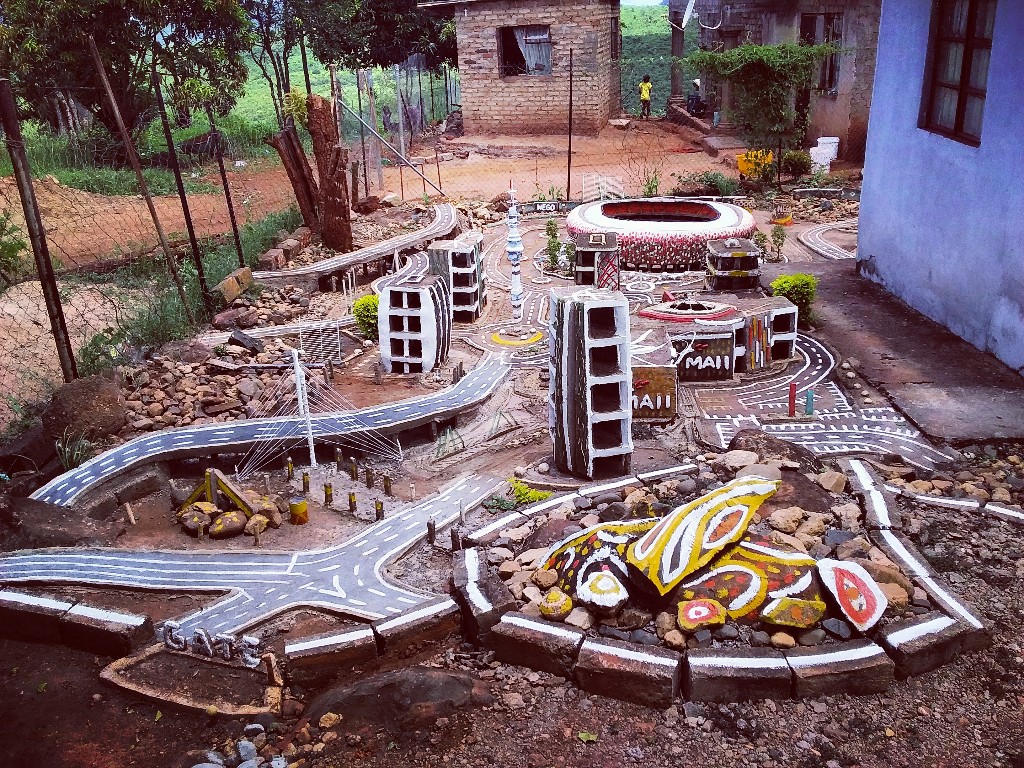 Over time and by a suggestion from his mother, Negondeni began improvements to his replica of First National Bank Stadium in Johannesburg. He made the structure more stable by using cement mixed with waste materials and later he built the FNB Stadium with wires, plastics, fabrics, and much more. This new version was so large that the artist could even sit inside. This was the beginning of the NegoCity we see today.

The large stadium inspired a whole city that grew to cover most of the backyard with all of the iconic structures of Johannesburg. Negondeni shares with us that, at first, his friends and family thought his expansive project was a bit overambitious; but now that they see the incredible city he has built, they are proud of what he has accomplished. Family and friends are not the only people impressed by Negondeni’s mini-city, though. The artist shares that the Director of Orvall Corporate Designs in Centurion, Gauteng, South Africa reached out to him after seeing NegoCity on LinkedIn. 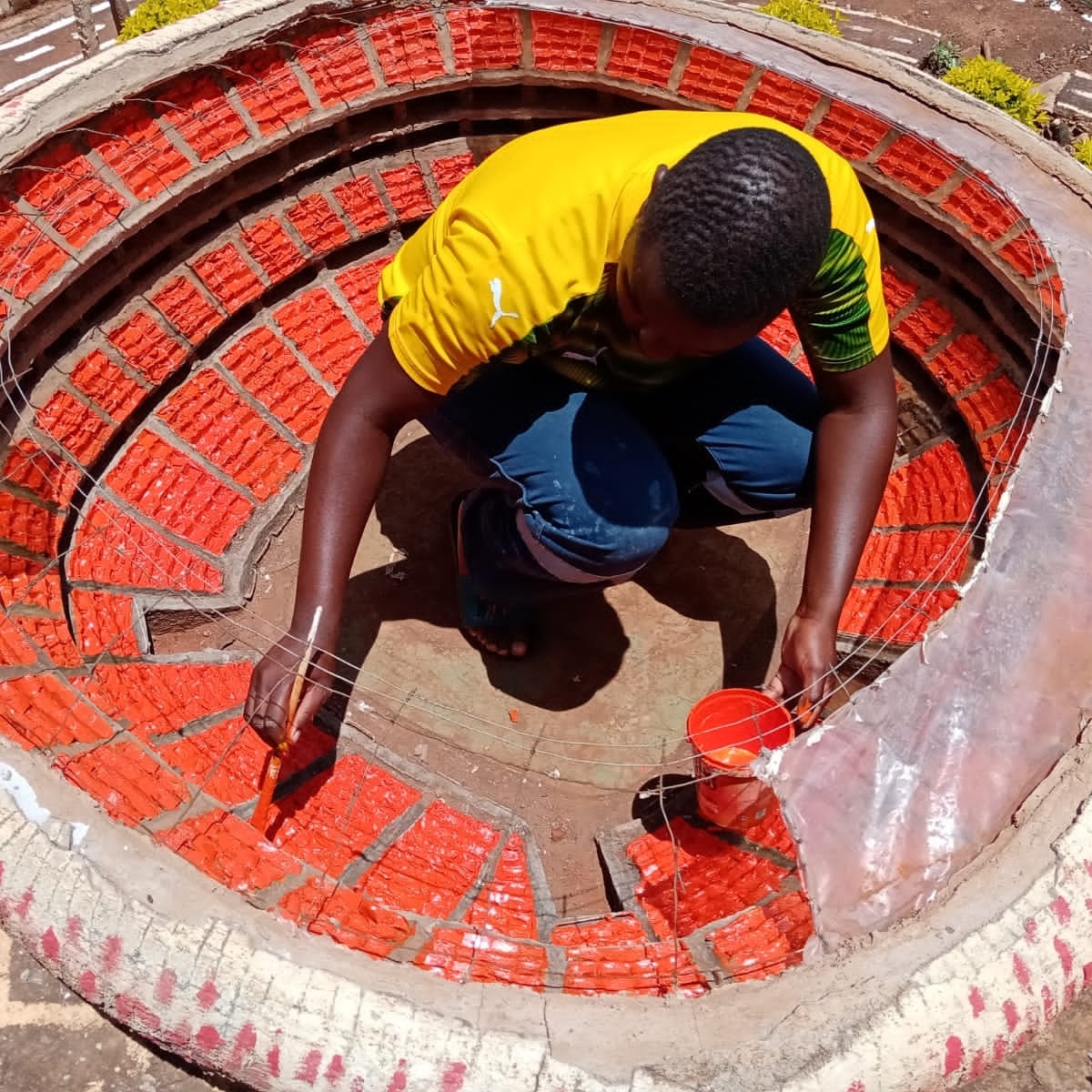 Now, Negondeni is designing architectural works on a much larger scale. FNB Stadium also heard the story and fulfilled Negondoni’s 12-year-long wish. The artist and his family were invited to tour the stadium that inspired NegoCity and watch a live game.

Though space in the backyard is almost entirely filled up with colorful structures of recycled materials, this artist has big hopes for the future. “I want to build a very impressive soccer museum in South Africa,” he admits. “It would be called ‘2010 FIFA World Cup Memorial Park Museum.’ This would be done by me and some of the greatest artists from South Africa and Africa. My aim is to keep the legacy of 2010 alive forever and also to create jobs for artists—empowering them to continue doing their art and get more exposure internationally.” 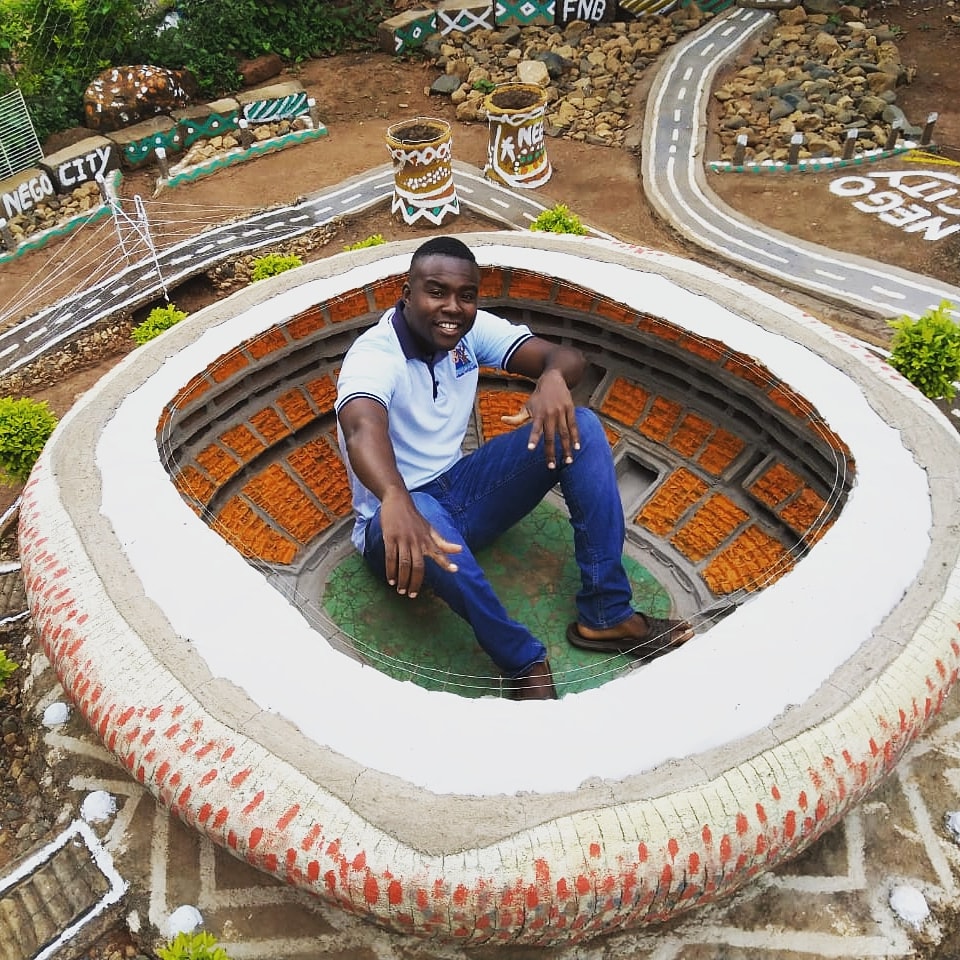 Mulalo Nego Negondeni’s NegoCity is made from recycled materials and is full of incredible detail. 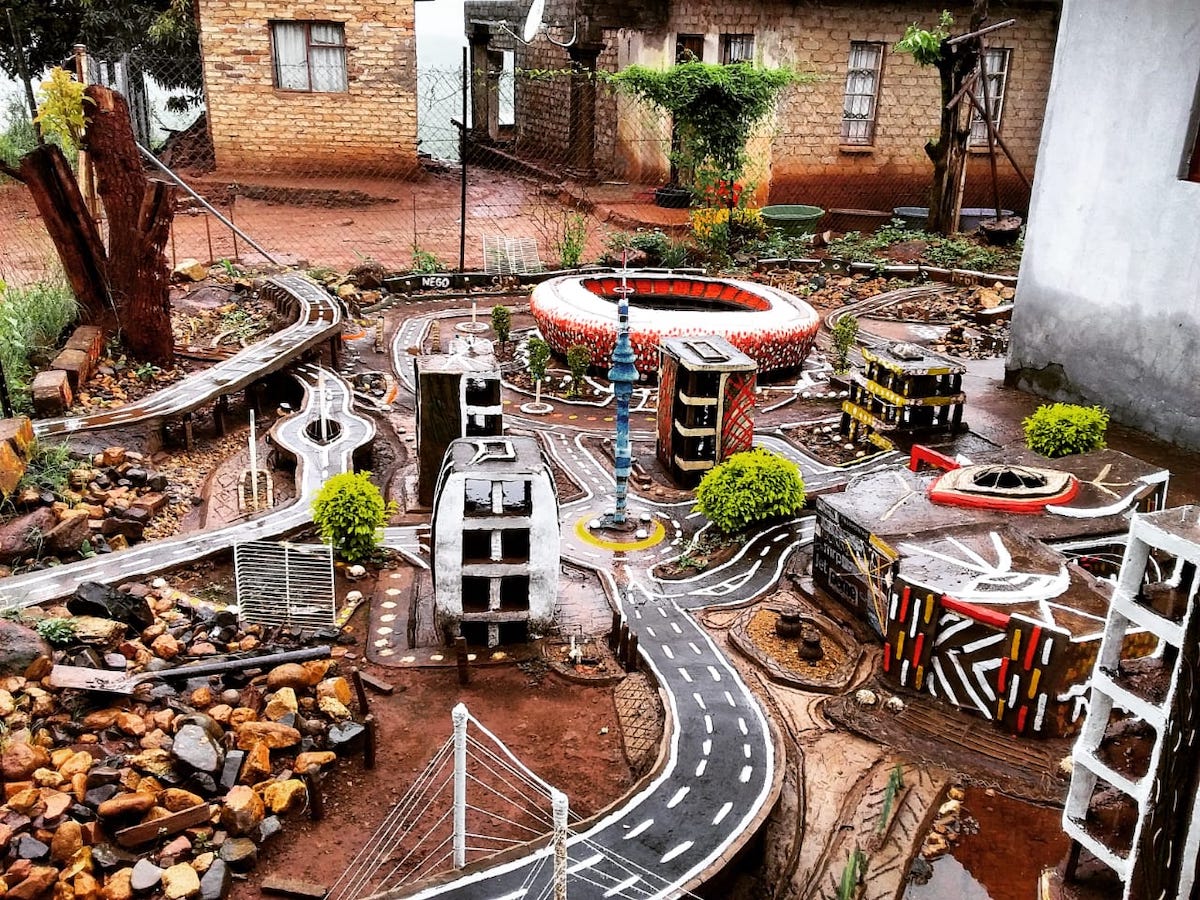 Negondeni felt inspired by the 2010 FIFA World Cup to recreate the FNB Stadium in his own backyard. 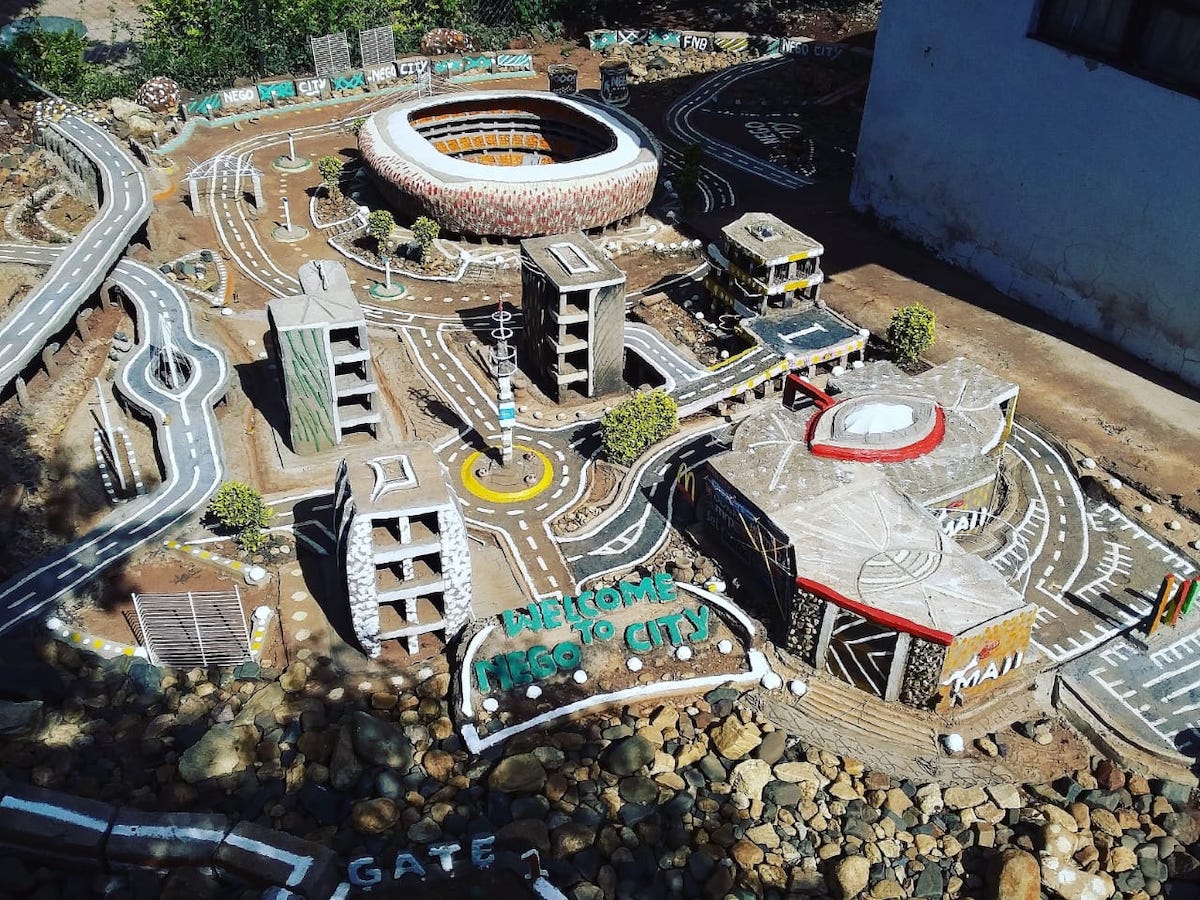 The artist later incorporated other iconic structures from Johannesburg. 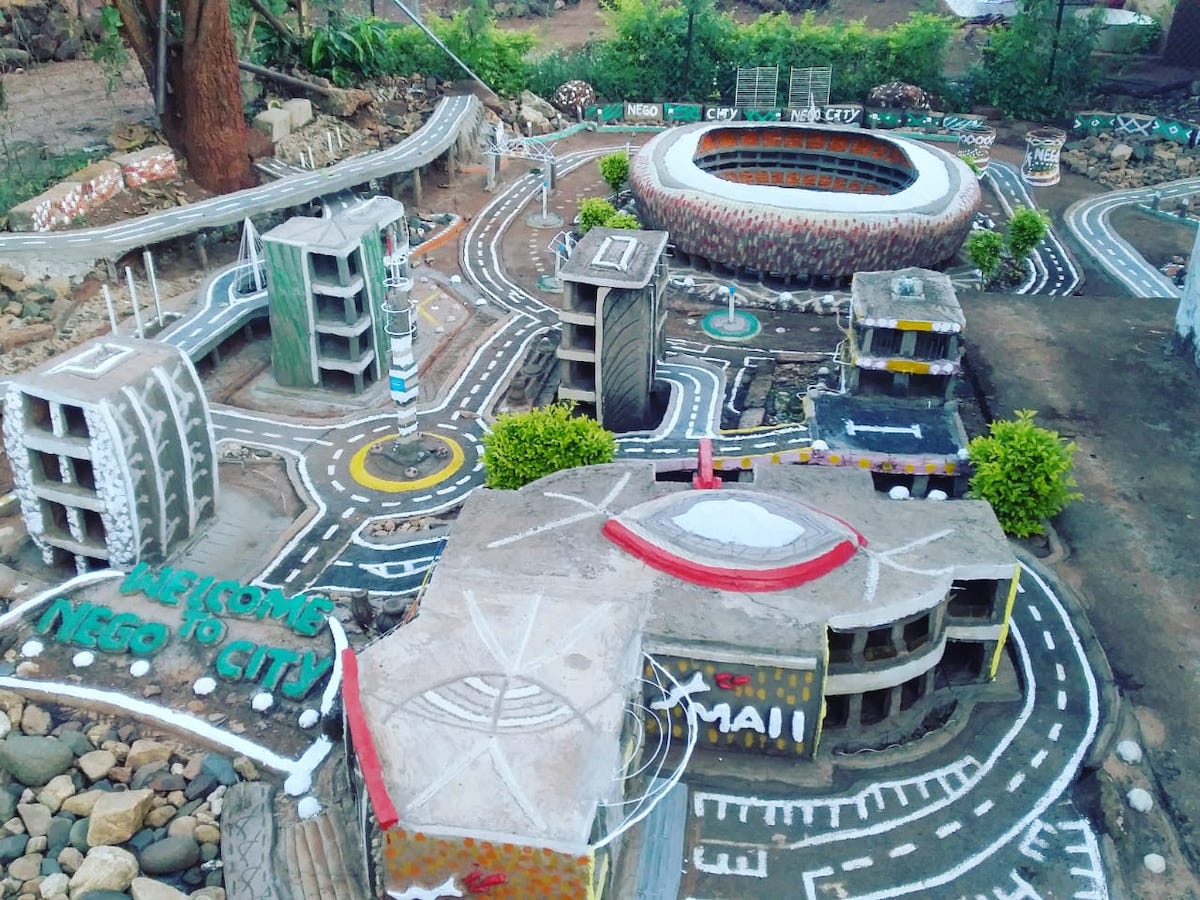 NegoCity now takes up almost the entire backyard area and has earned Negondeni a job designing real buildings and even a trip to the real FNB Stadium. 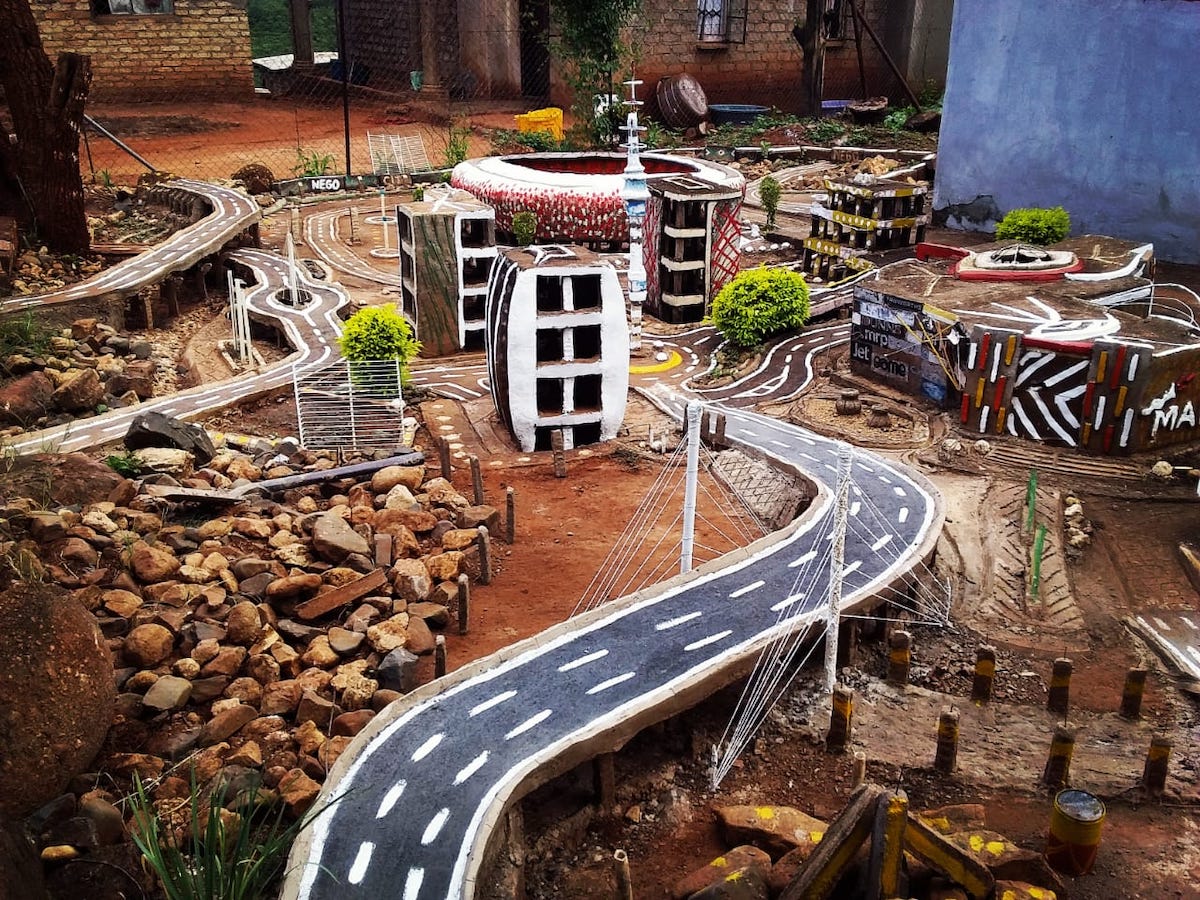