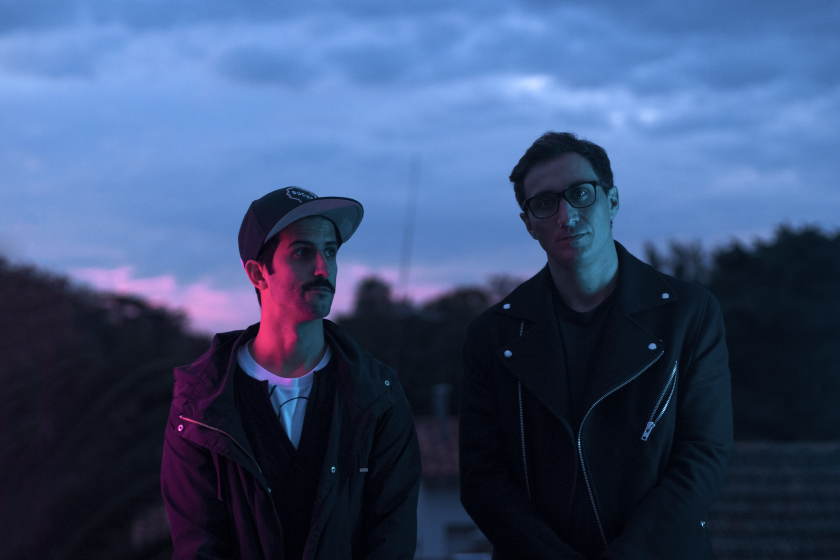 Represented by , a production company based in the USA, UK and Argentina, Henri & Sebastian went to the same high school together and even shared an apartment when they left home. Henri has a background in production design for features and commercials, while Sebastian has worked as a post-production supervisor and CG producer.

The pair are known for their mixed media approach, combining different techniques such as CG, VFX, cel animation, live-action and 3D. Over the last few years, they’ve collaborated with Facebook, Lego, and Gatorade, as well as the NBA and NFL. For Burger King, they directed a video that won three Cannes Lions awards. Henri & Sebastian, it’s over to you.

Wong Kar Wai is well known for his moody, nostalgic, and incredibly atmospheric films. His great sense of visual style still inspires new generations of filmmakers. These interviews work as a retrospective of his oeuvre and his personal life, but also, his way of working challenges us to think about the form and theme of a film conceptually.

For instance, he chose to shoot Fallen Angels in a 9.7mm lens to depict the idea of distance. The characters and the camera are close to each other, but they seem so far away. His personal life is also really inspiring, especially his childhood. His past not only made him the artist he is, but you can understand where his characters come from, how he develops them, as well as the influence of his parents on his career.

Not even a book, this booklet comes with a double DVD box set about the famous French photographer Henri Cartier-Bresson, edited by MK2 films. We’ve found his definitions of photography and cinema incredibly inspiring and, at the same time, were amazed by his talent of catching life on the spot.

“To photograph is to hold one’s breath when all faculties converge to capture fleeting reality. It’s at that precise moment that mastering an image becomes a great physical and intellectual joy.”

“To photograph: it is to put on the same line of sight the head, the eye and the heart.”

His words, photos and talent for capturing the essence of an event have pushed us to develop and nourish the craftsmanship involved in live-action photography.

This book is a compilation of interviews with different production designers. It doesn’t go very deeply into each of them. Still, it was a discovery for us to know the work of great American production designers like Richard Sylbert, who won the Academy Award for best art direction on Dick Tracy — of course, an all-time favourite. But his work on The Graduate and Chinatown changed the way we conceptually approach images. His ideas, sometimes as simple as never framing a cloud in Chinatown, are a great source of inspiration in approaching symbolism in film.

“I would write about life. Every person would be exactly as important as any other. All facts would also be given equal weightiness. Nothing would be left out. Let others bring order to chaos. I would bring chaos to order.”

This Vonnegut classic inspired generations of readers in many ways. For us, it’s the originality and the form in the storytelling that resonates the most. The idea of telling the story for kids or aliens in the future with drawings is so original for the time. It’s probably the first mixed media novel we ever read.

We are graphic novel lovers. They are a big source of inspiration for us. Adrian Tomine, Jason, Paul Hornschemeier and Daniel Clowes are among our favourites. Their storytelling, framing, and colour palettes are amazing. Since we are Argentinians, there’s a comic that really pushed us to pursue a career close to drawing and animation. One of the auteurs, Oesterheld, disappeared during the latest military regime in 1977. Like many graphic novels, Eternaut is being adapted to film and will be on Netflix soon. But we highly recommend Solano López’s illustrations.