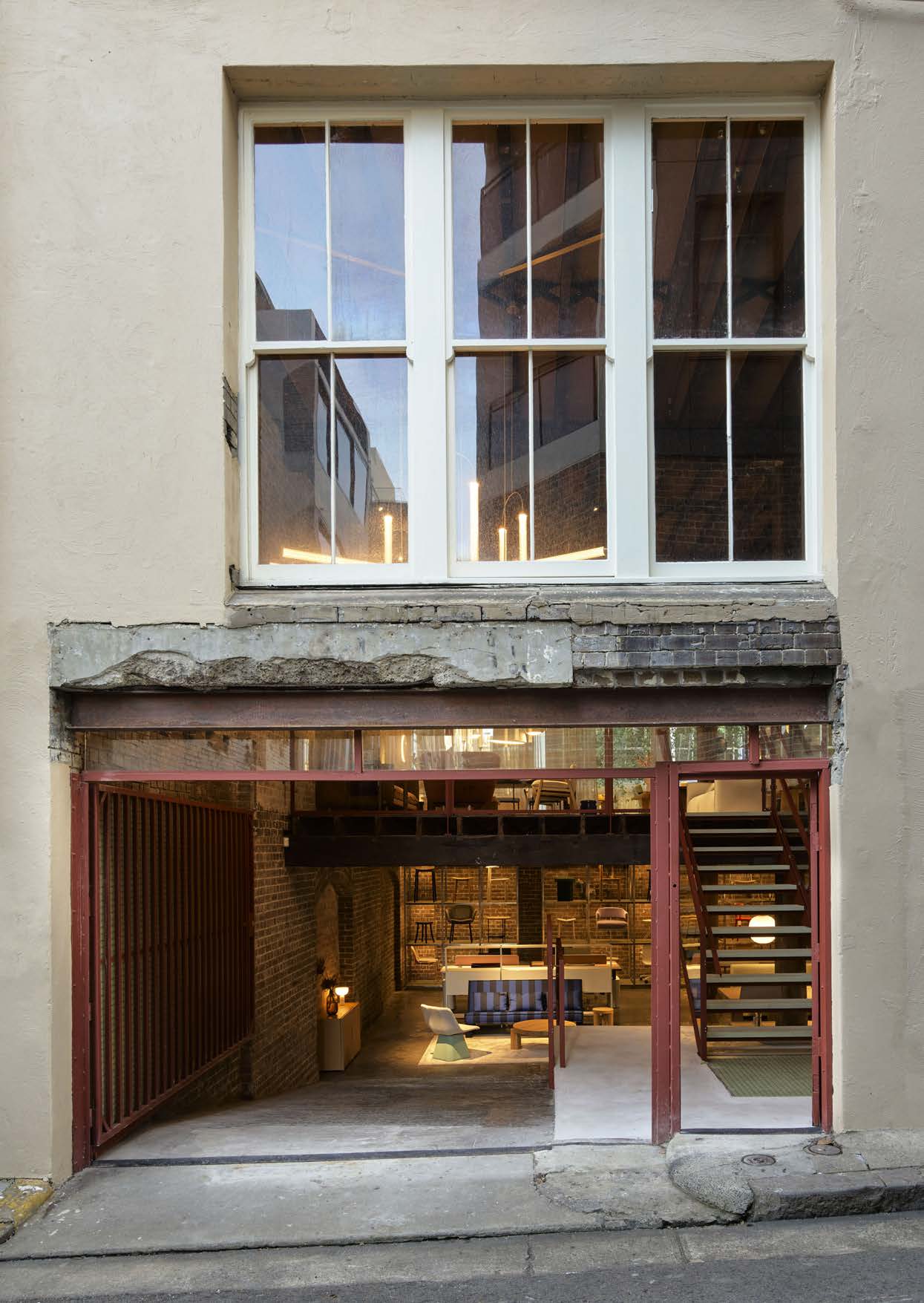 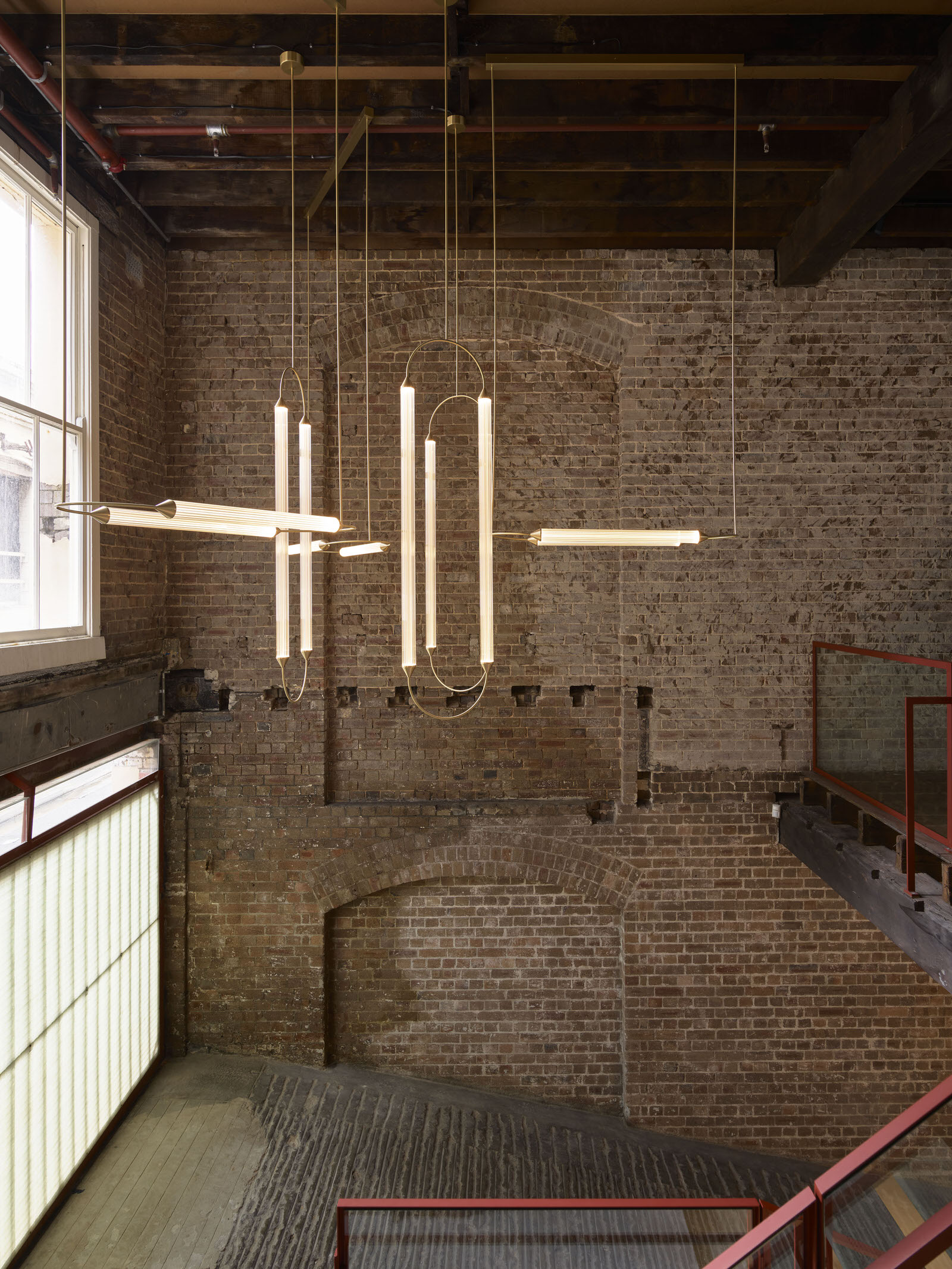 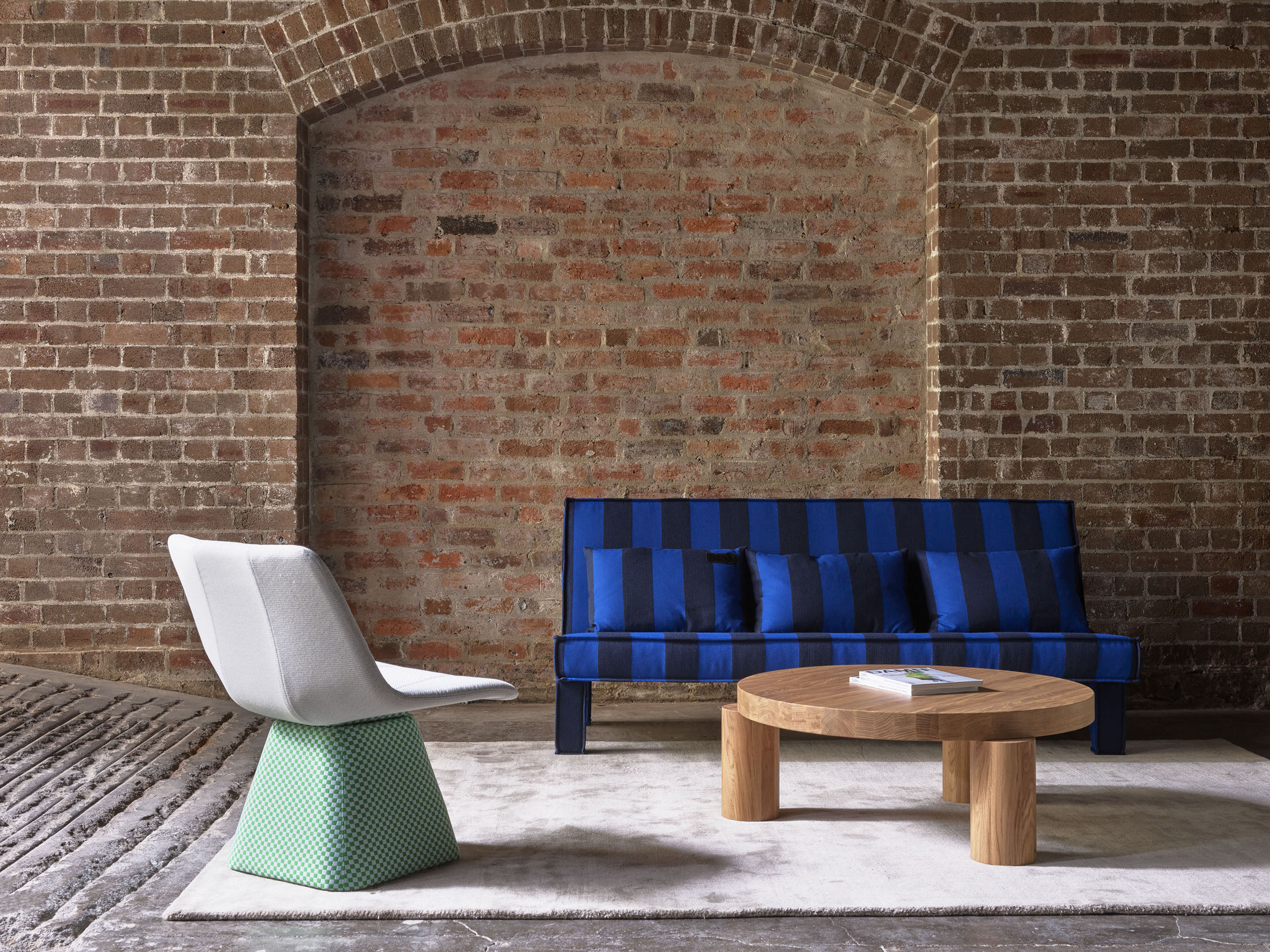 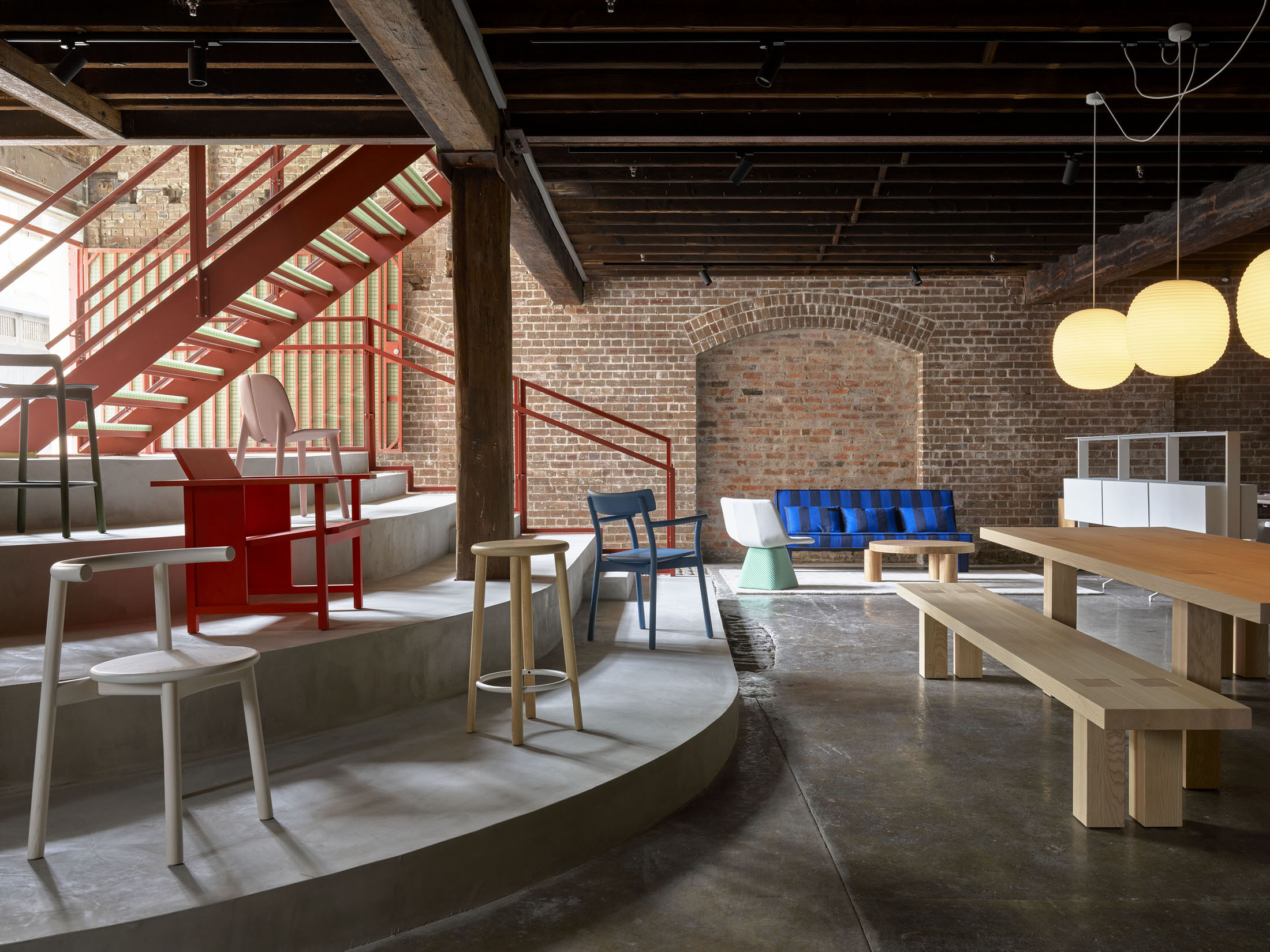 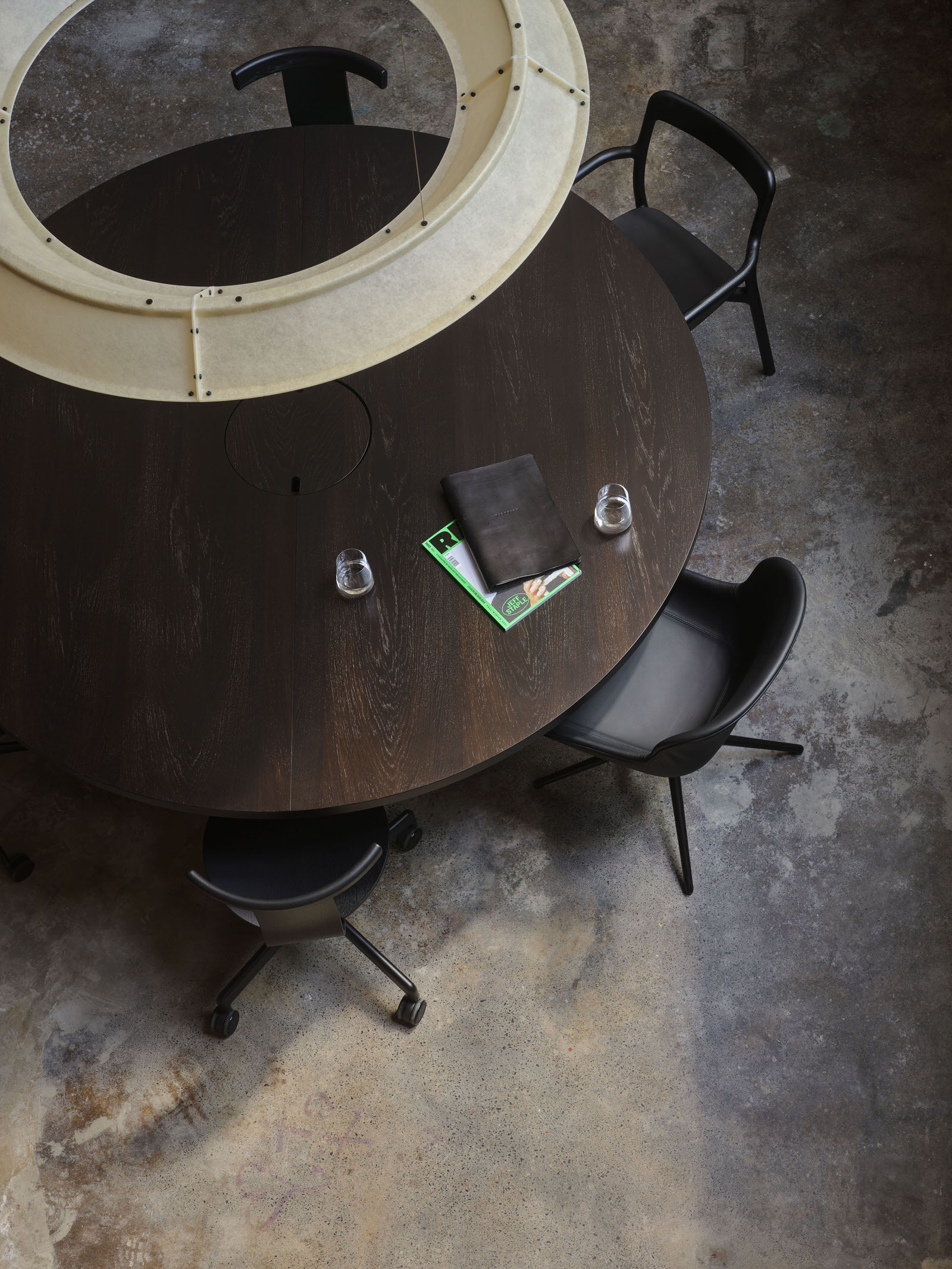 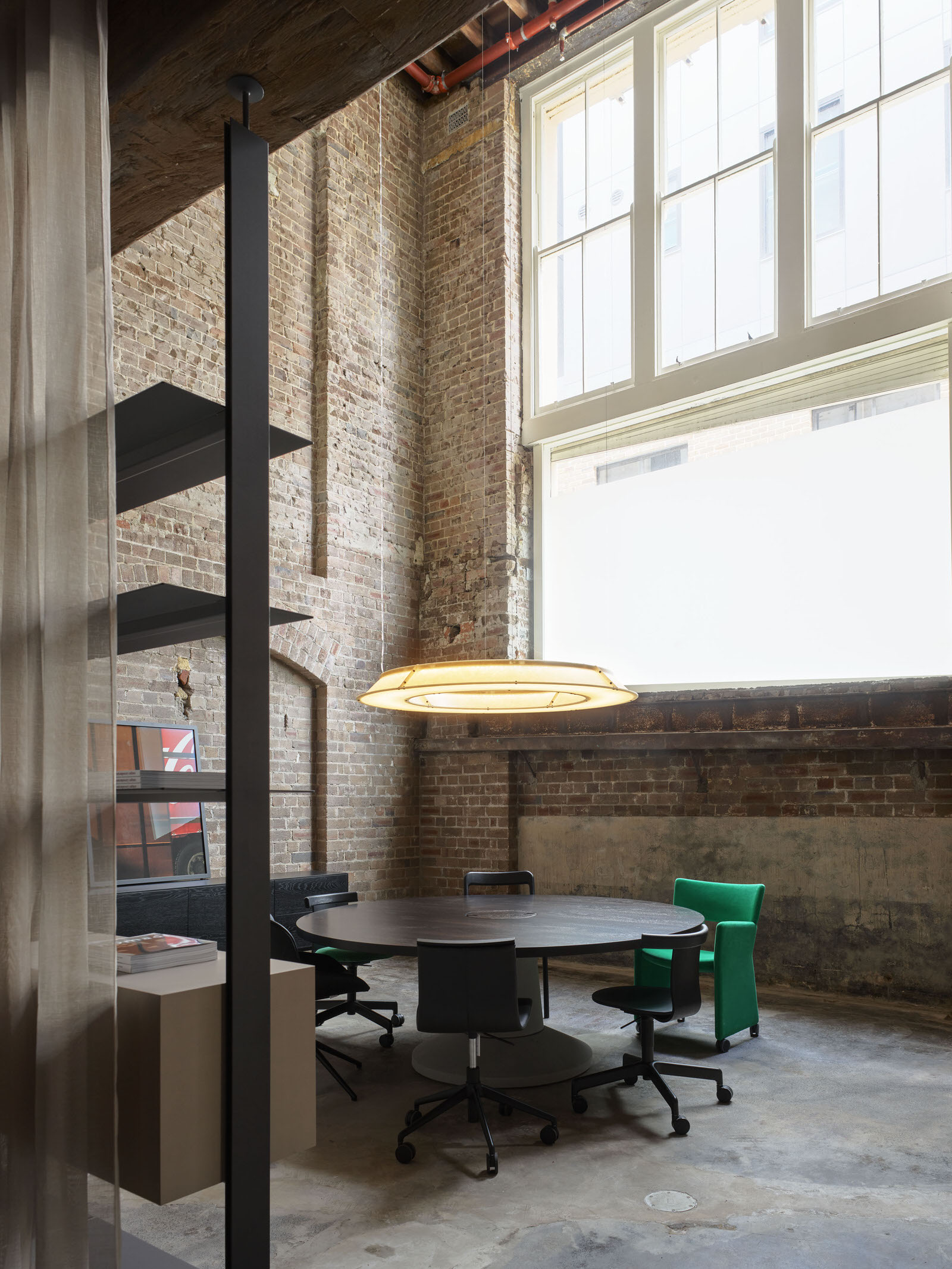 One of Australia’s most exciting contemporary design retailers, has launched a flagship studio in Sydney’s Darlinghurst. The showroom joins their two other locations in Melbourne and Perth, representing the family-owned company’s most significant space to date.

The company enlisted local darlings—and Yellowtrace faves—Josh Cain and Lily Goodwin of to assist in making their Sydney debut the one to watch. Josh and Lily were immediately drawn to the unique opportunity to explore the enigmatic relationship between architecture and furniture. District and Pattern looked beyond the more conventional commercial retail spaces on offer to find something special, which they found at 85-91 William Street.

“The 20th-century heritage warehouse brims with a palpable feeling of history,” explained Josh and Lily. “The building’s generous scale, patinaed fabric, and robust bones cultivate a transportive quality; in both a temporal and geographical sense. Stepping into this space feels like you could be in Brooklyn in the 1940s or Milan in the 1920s.”

The team felt this ruggedly beautiful setting, split across two levels, had the potential not only to house but to complement District’s furniture collection through the striking juxtaposition of heritage architecture and contemporary furnishings. 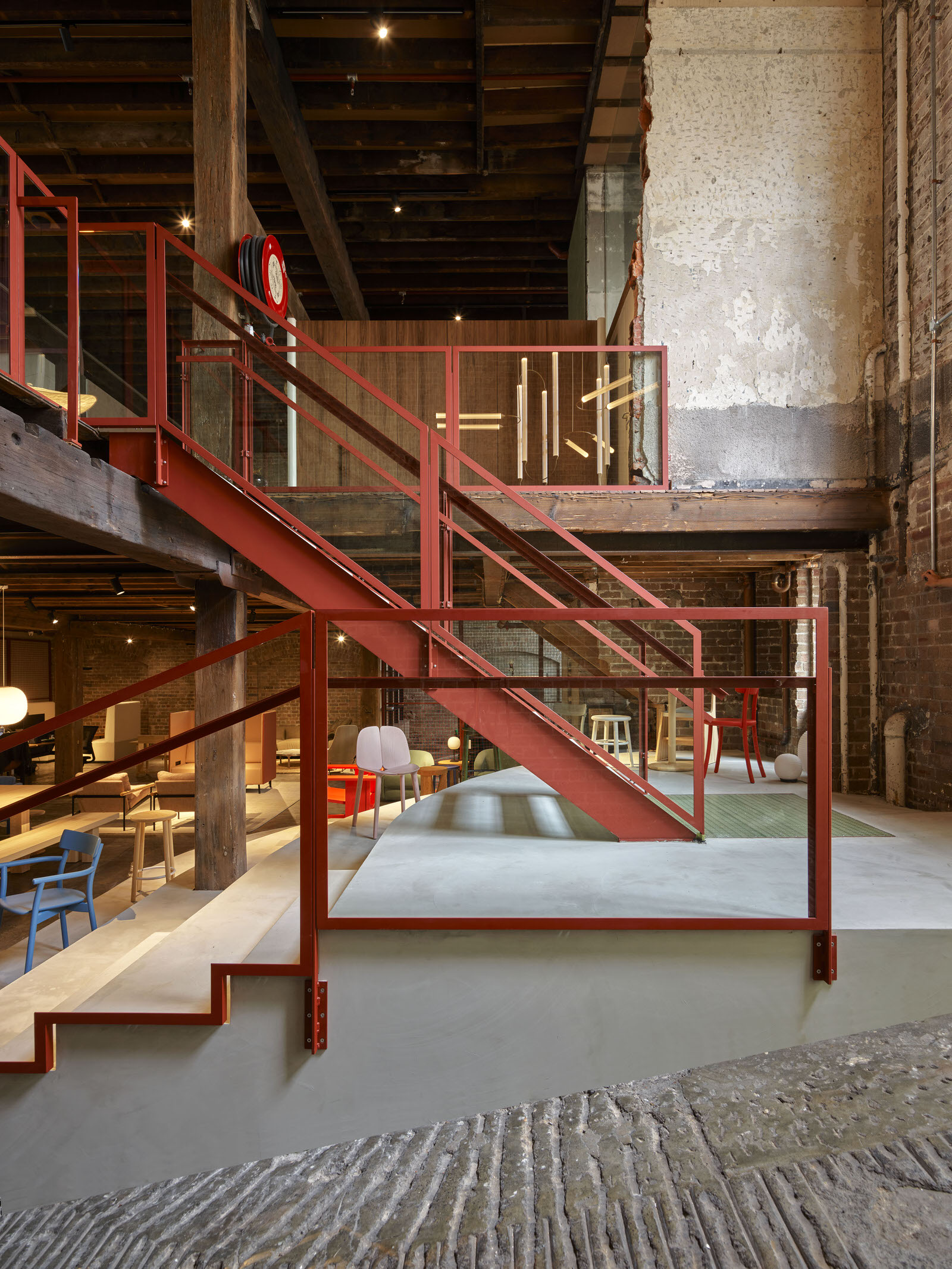 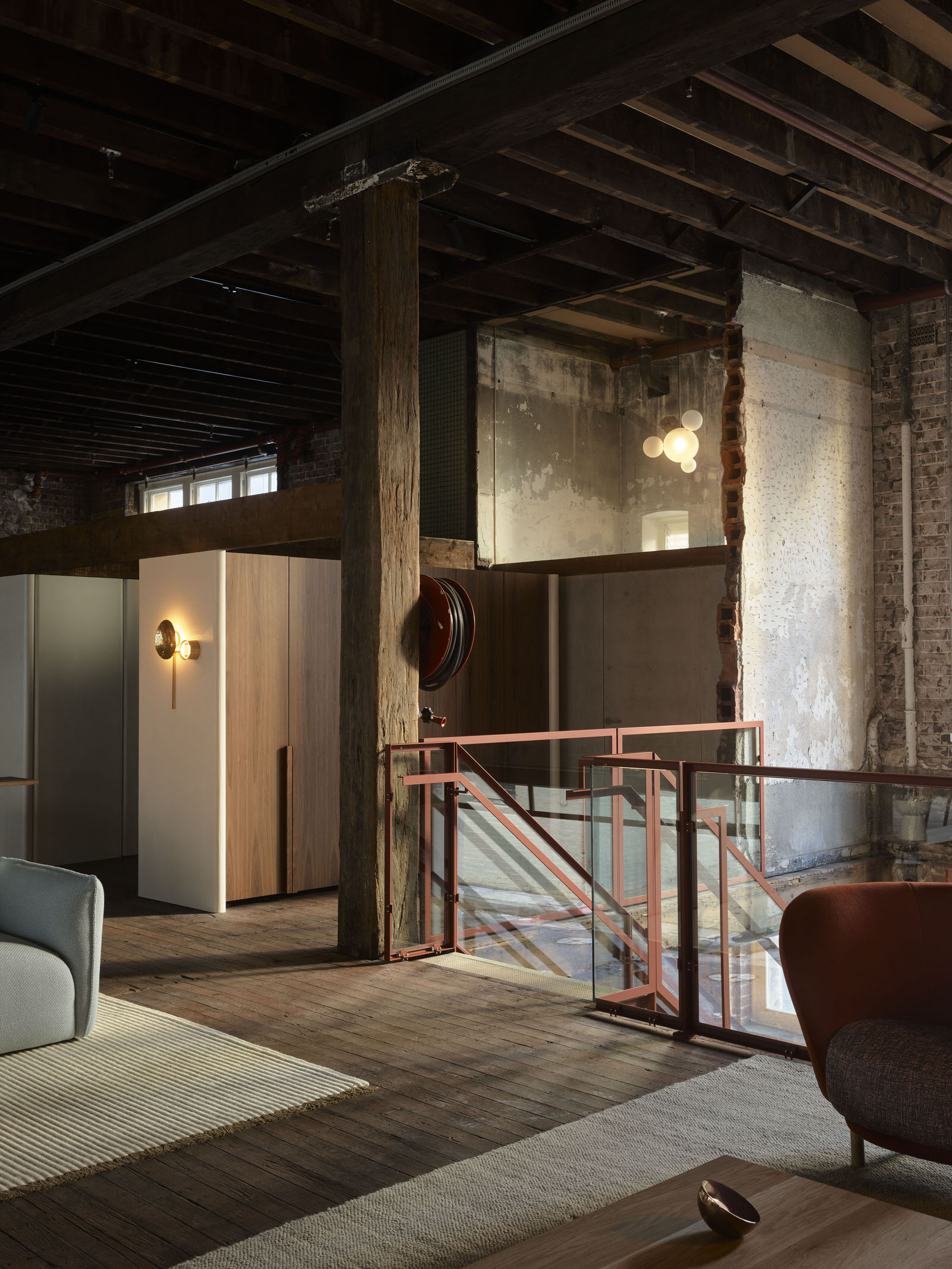 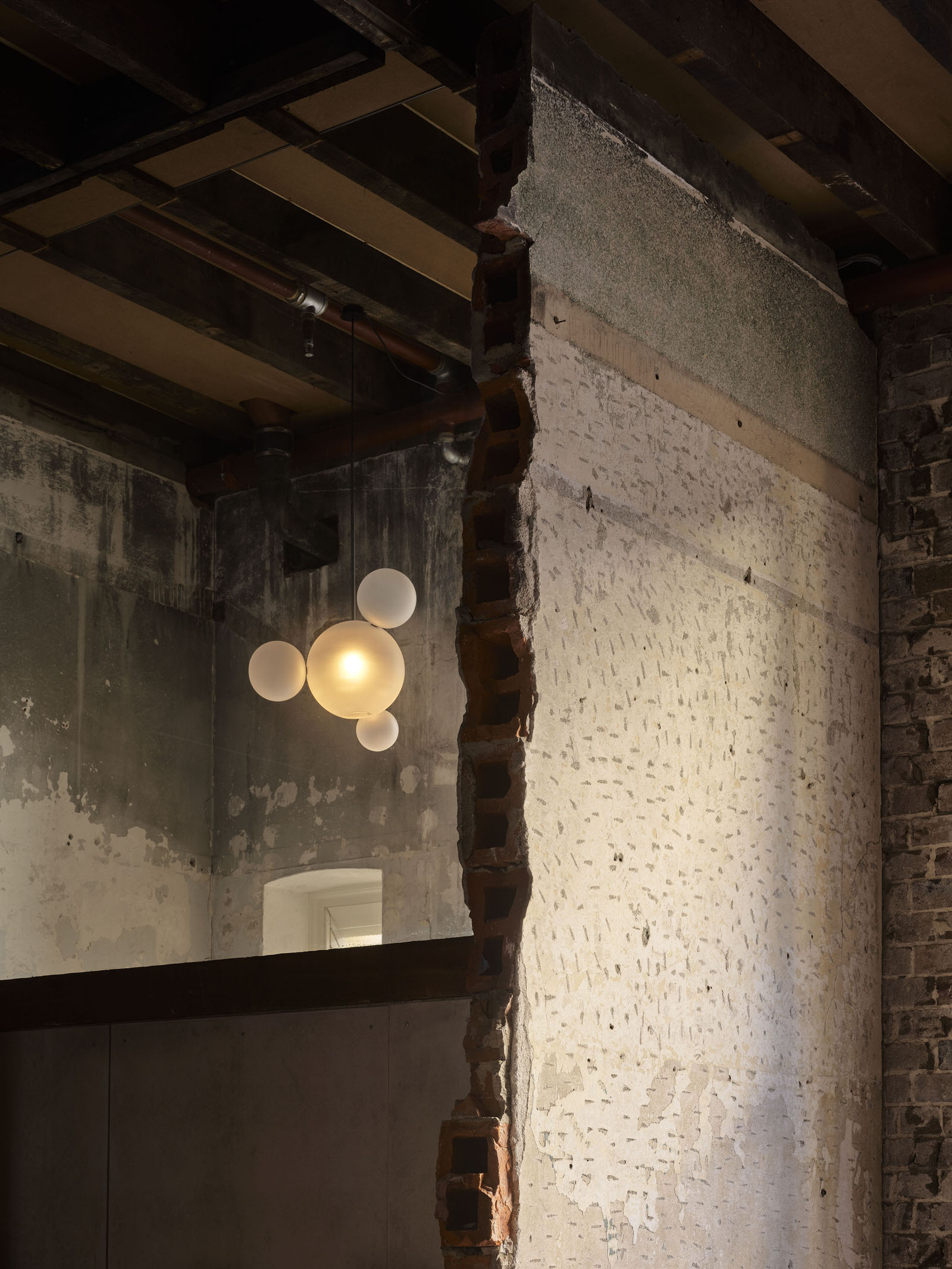 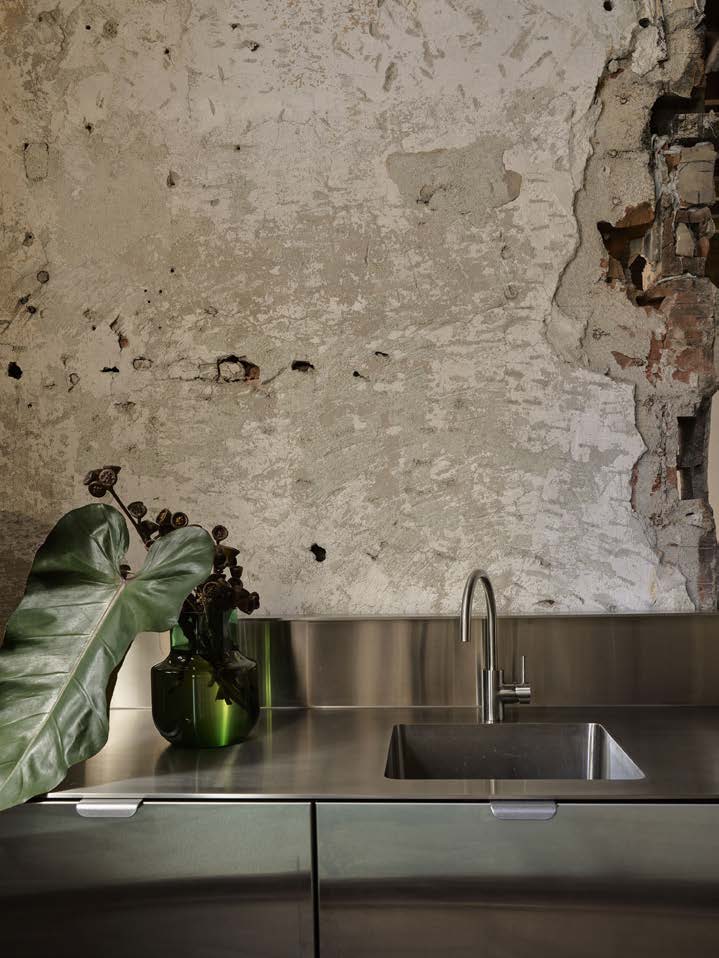 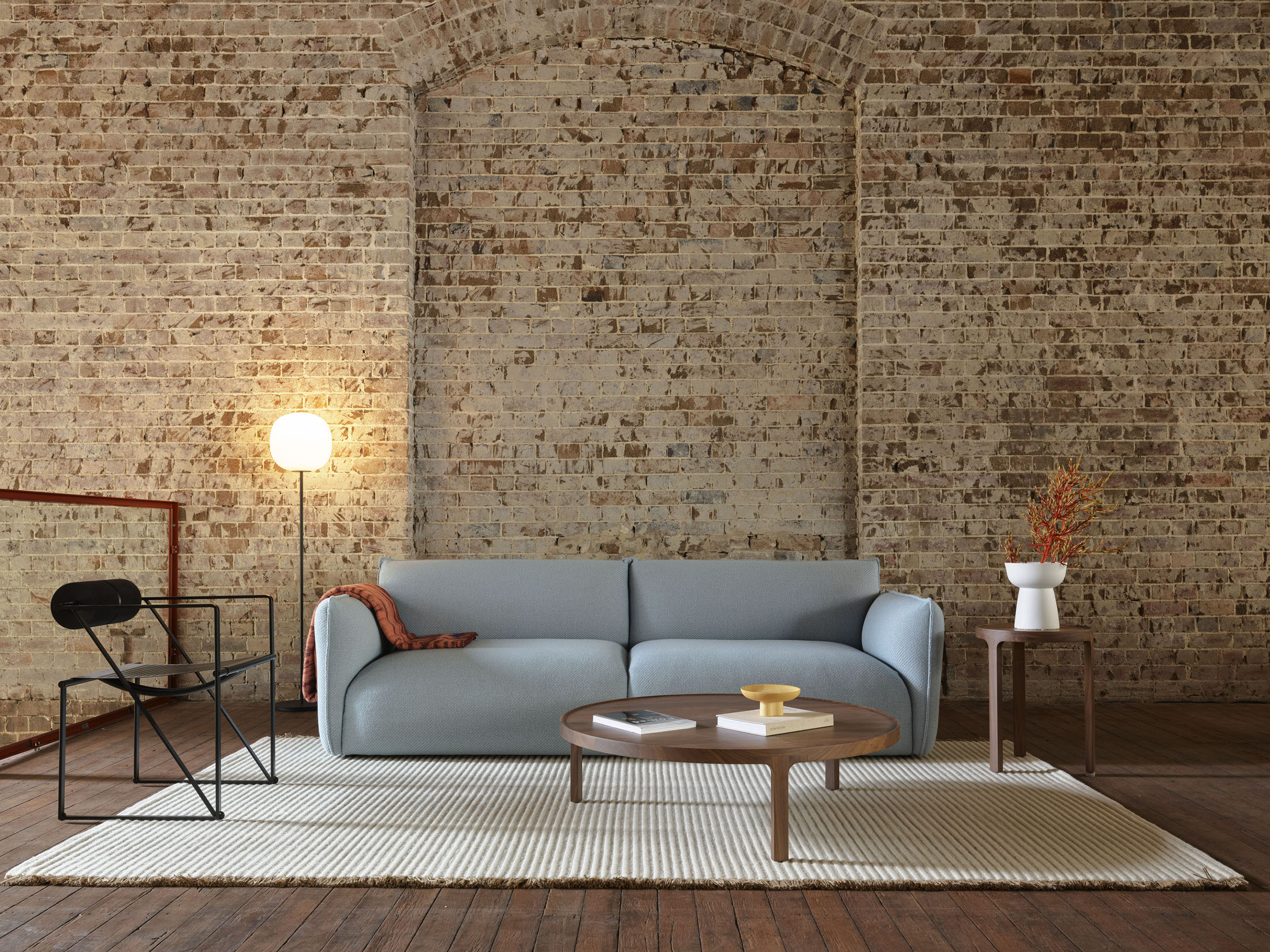 The showroom spreads over 450 square metres across two levels, with two separate entrances—via Williams Street and a charming back entry off Yurong Lane, offering local design enthusiasts a unique way to experience the world of District. The lower (basement) space is a dedicated commercial area, while the upper (ground) floor is dedicated to residential furniture. Embracing the generous volume and patinaed heritage fabric, the interior provides a sensitive backdrop to the collection of esteemed global designers, like , , , and , to name a few.

“For years we have been building a community in Sydney. Establishing a base in Sydney’s design precinct was the next step,” says Joseph Merlino, founder and managing director at District. “We wanted our new District home to be unique and Darlinghurst provided that opportunity.”

More than just a conventional commercial space, the former warehouse is an effortless mingling of heritage architecture and contemporary furnishings, and a celebration of the company’s evolution over the past two decades, serving as a symbolic marker in its growth to come. 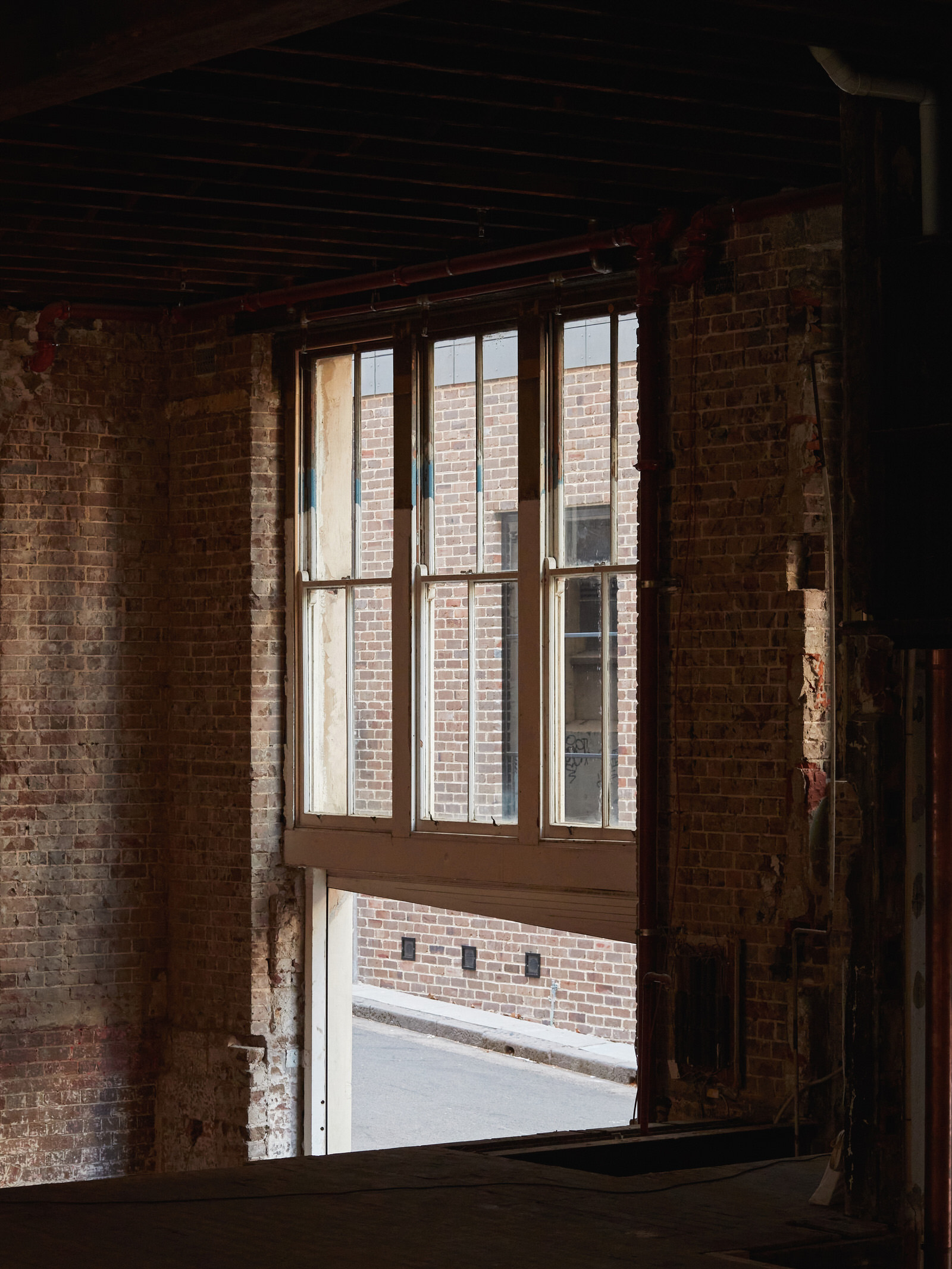 A photographic study of the warehouse before the renovation by Traianos Pakioufakis. 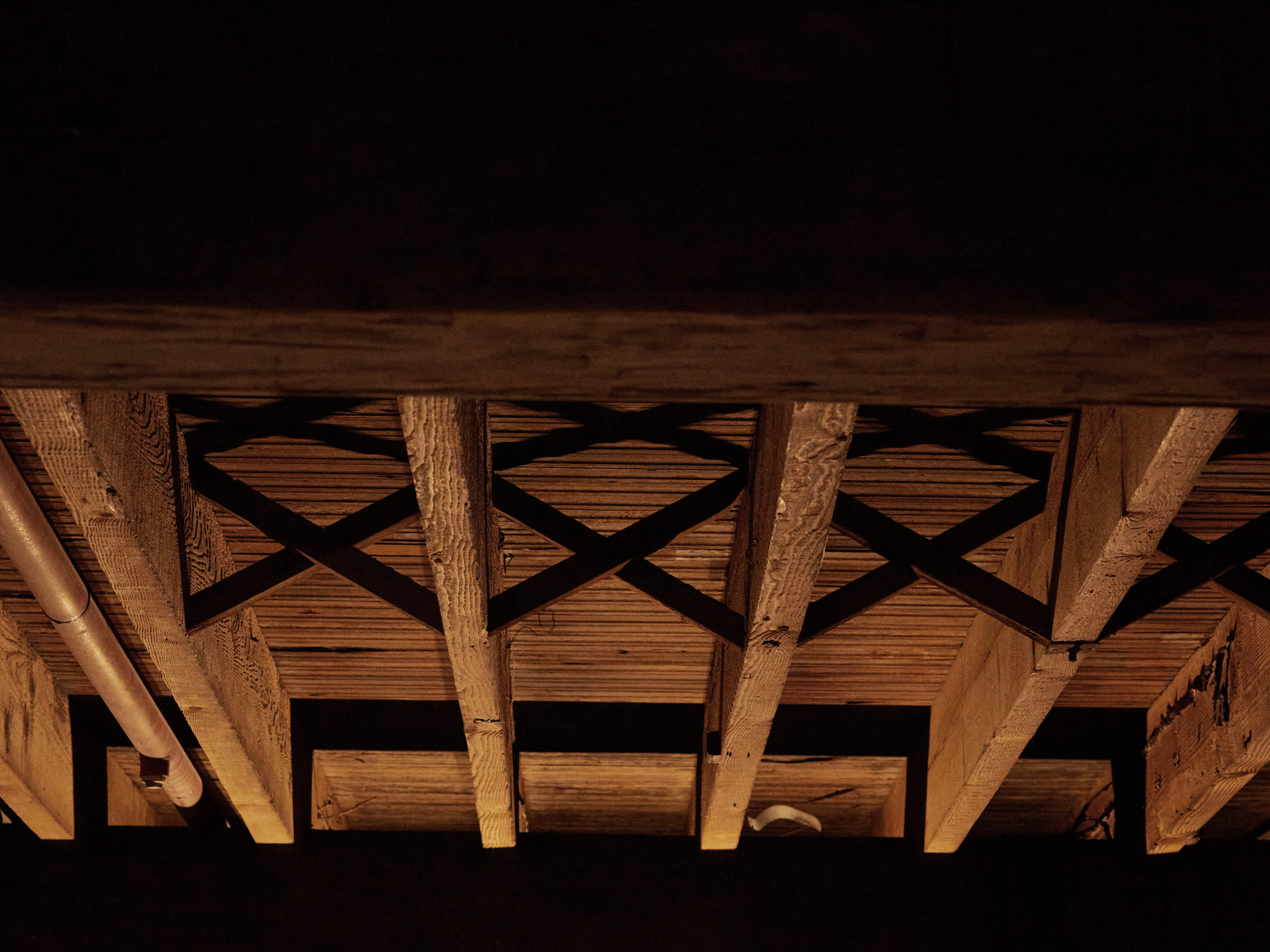 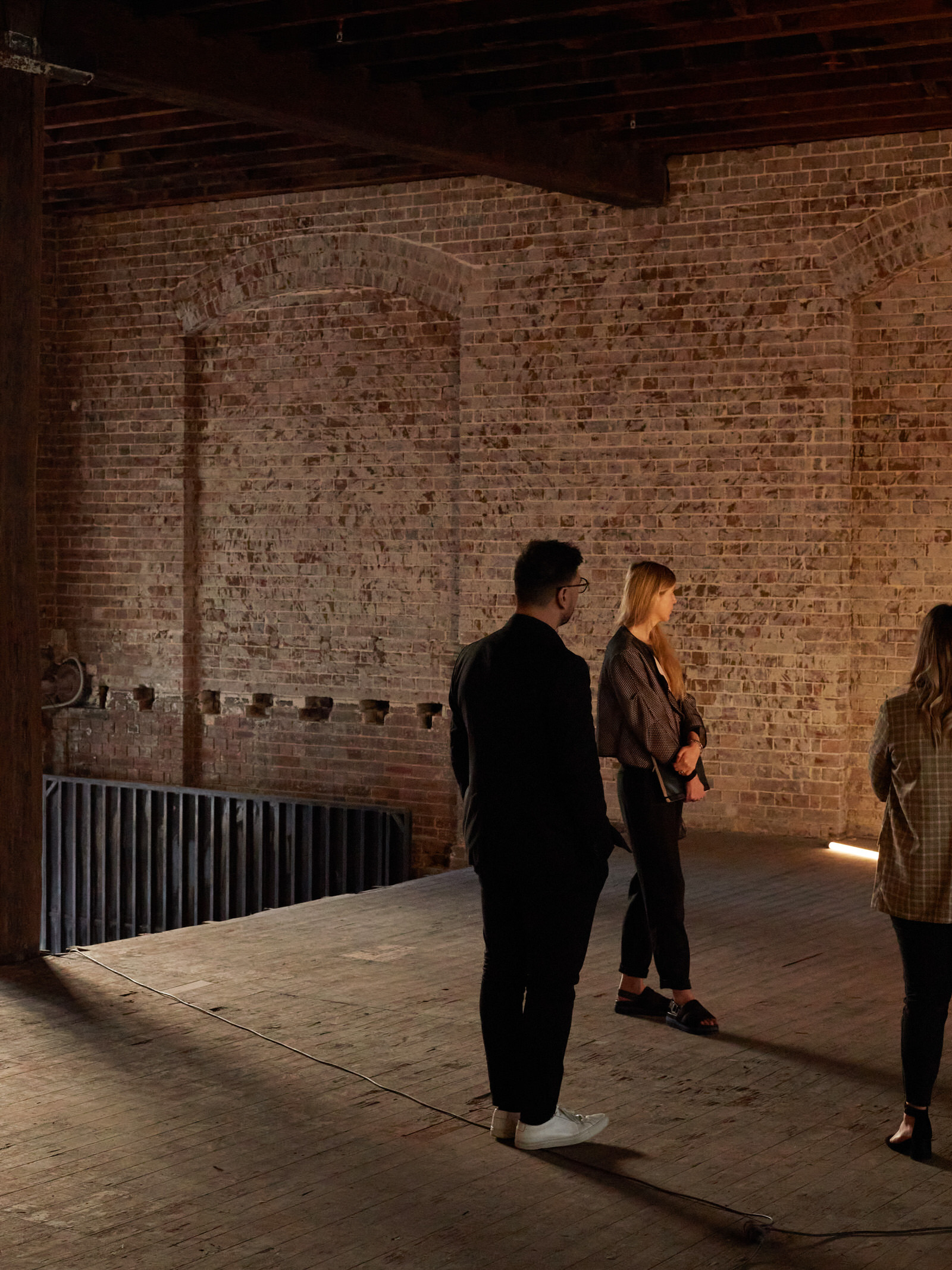 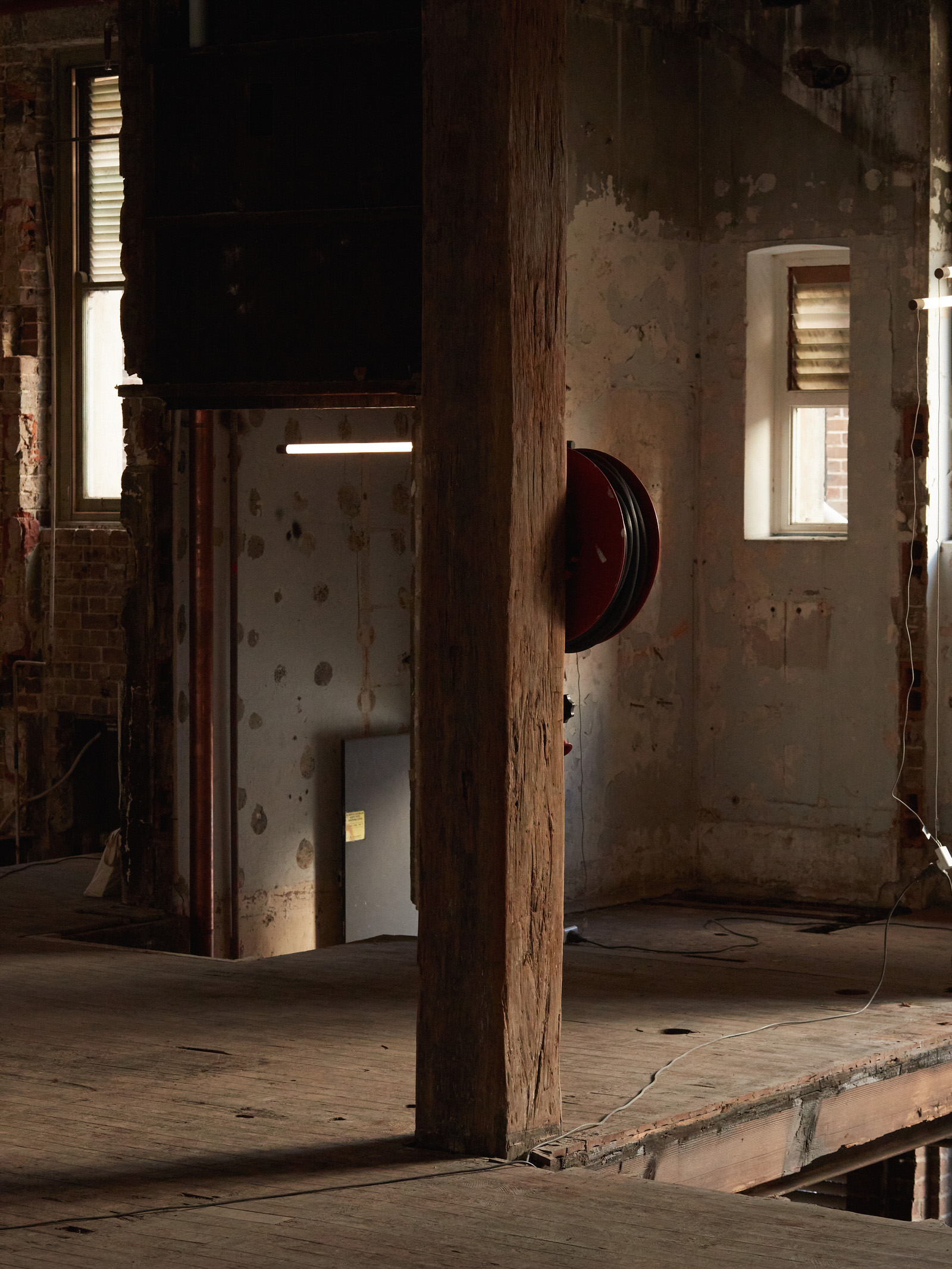 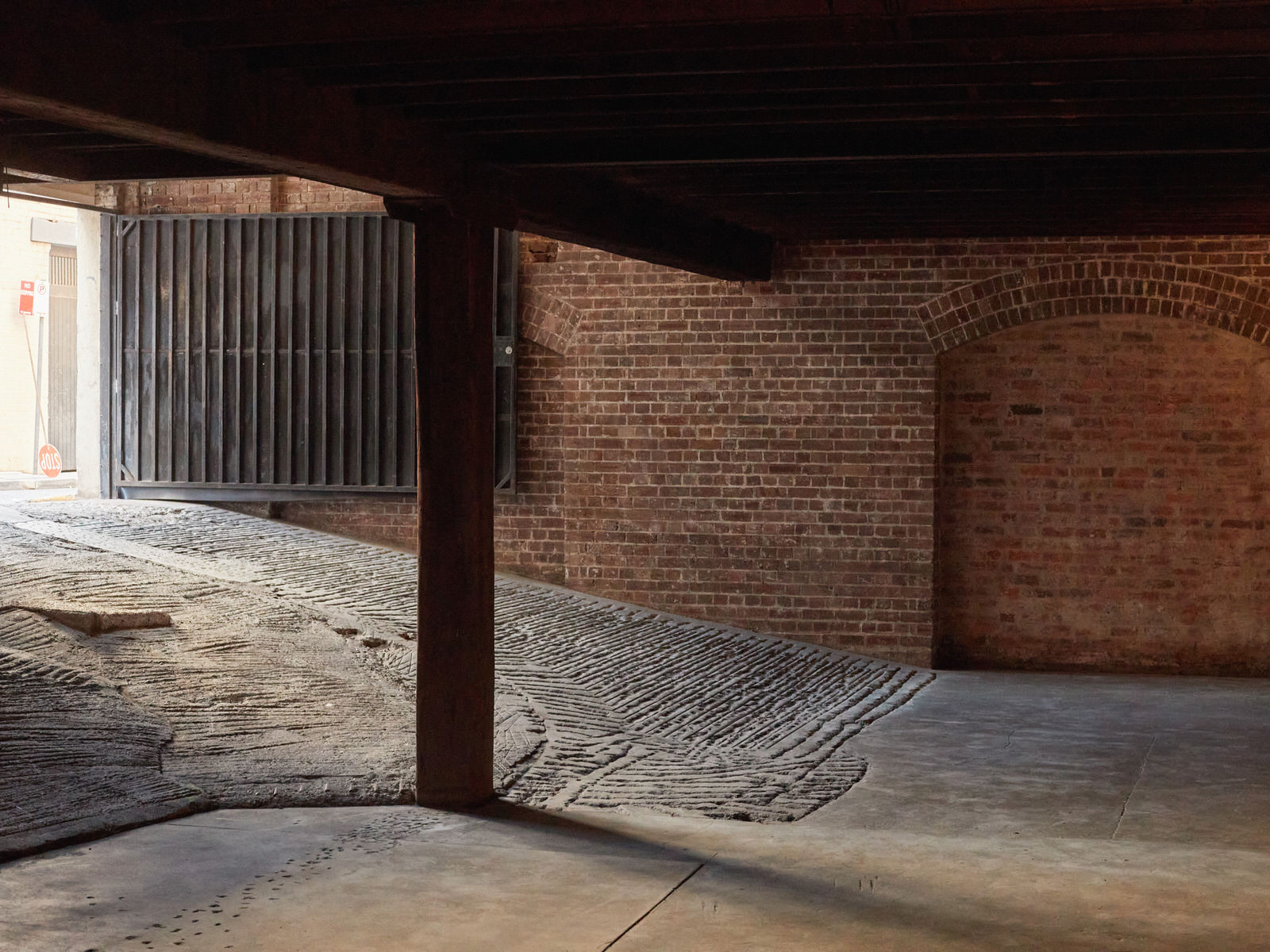 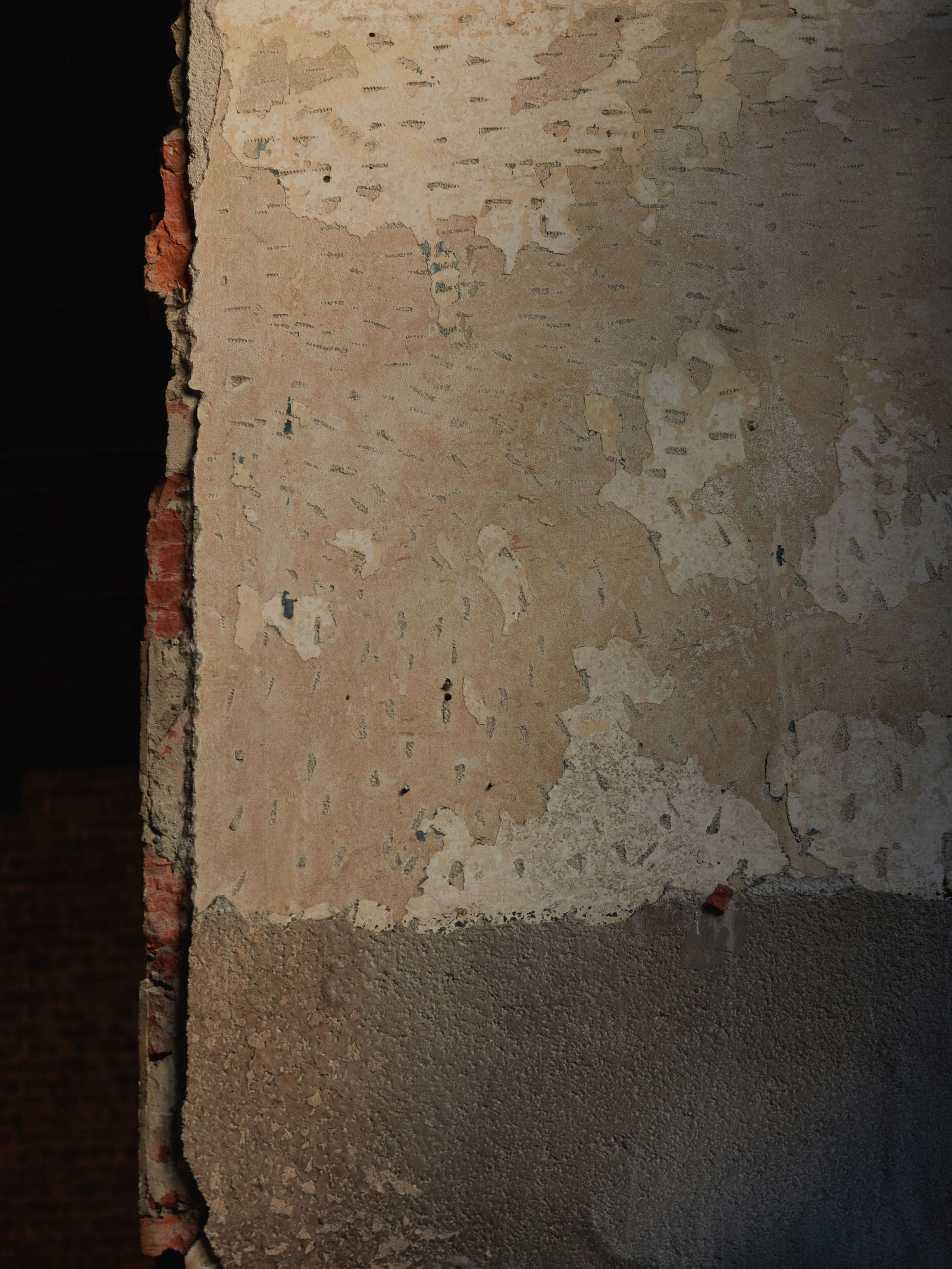 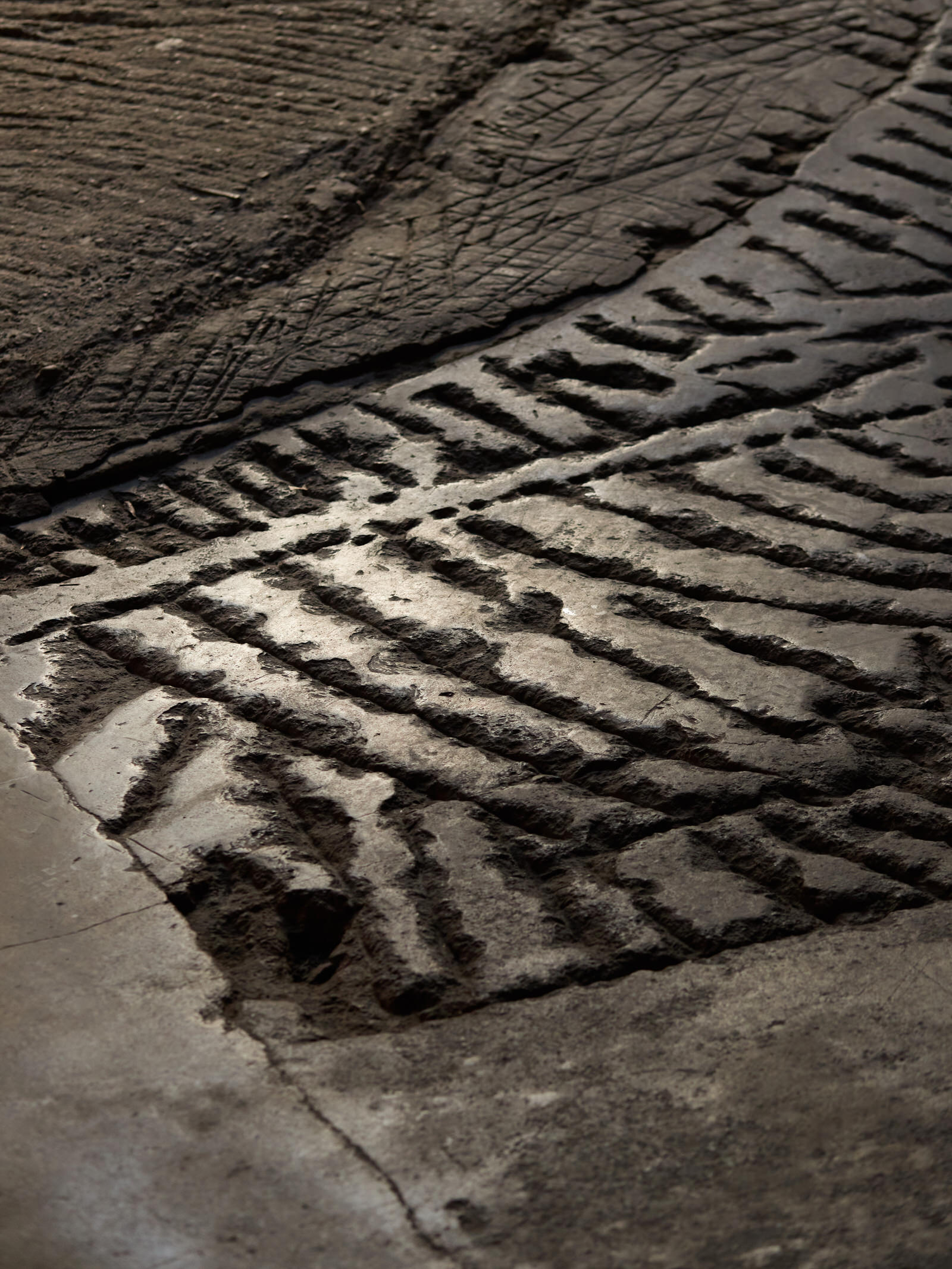 Modifications to the building were deliberate and only made when absolutely necessary. This includes new voids and sightlines from the upper level to the lower one, allowing natural light to pour into the space, and room for a glorious oversized chandelier by Giopato & Coombes.

Pattern conceived two bespoke product display elements. The first is a sweeping, monolithic and multifunctional stoop, beckoning visitors to scale, traverse, and occupy the oversized steps, intermingling with product on display. The second is the industrial chair-wall that appears at once robust and delicate thanks to its fine, steel frame and planes of barely-there translucent resin mesh. A minimal and ultra-slick stainless kitchen and playful, polished terrazzo POS counter round out Pattern’s additions to the fitout. 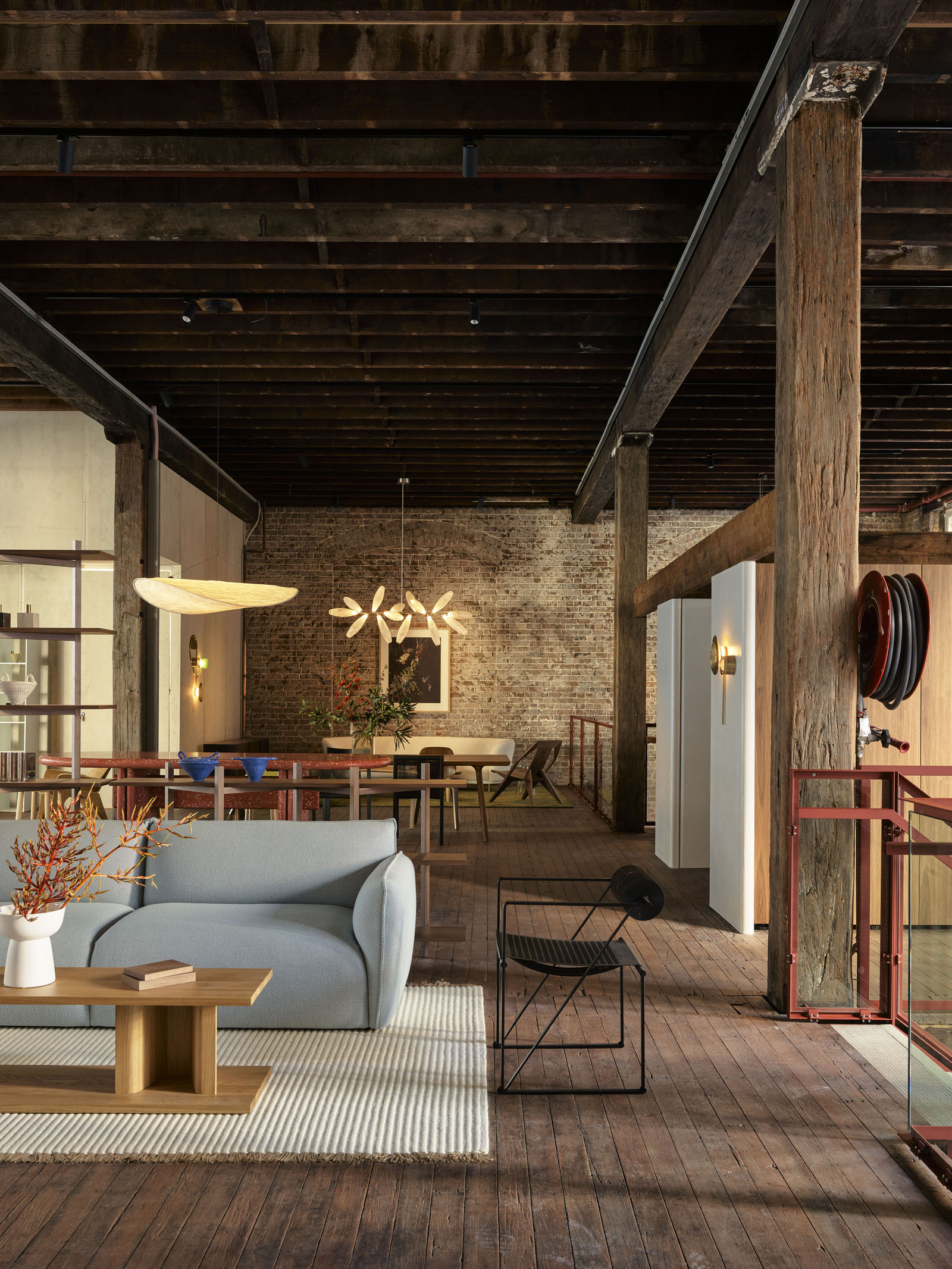 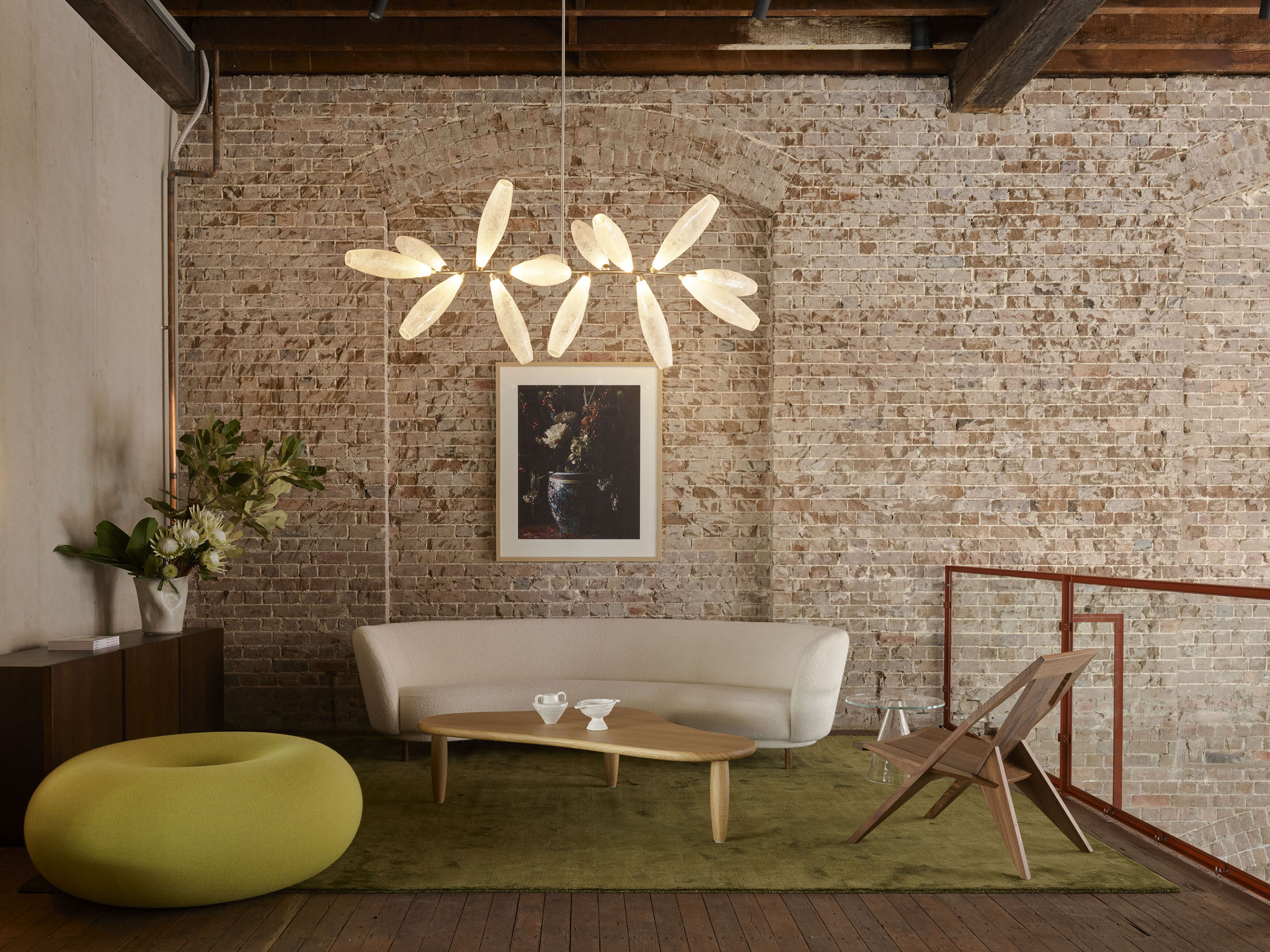 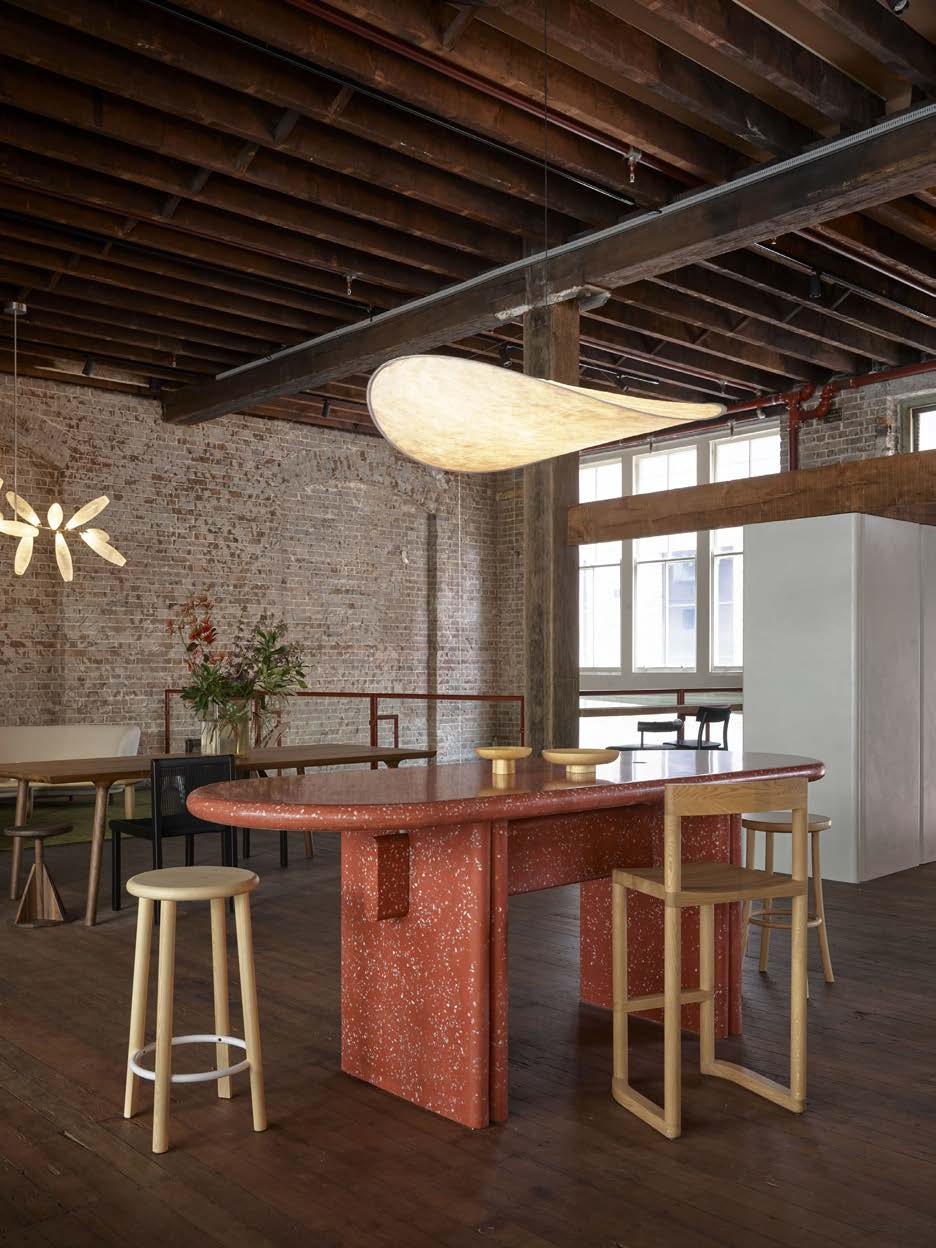 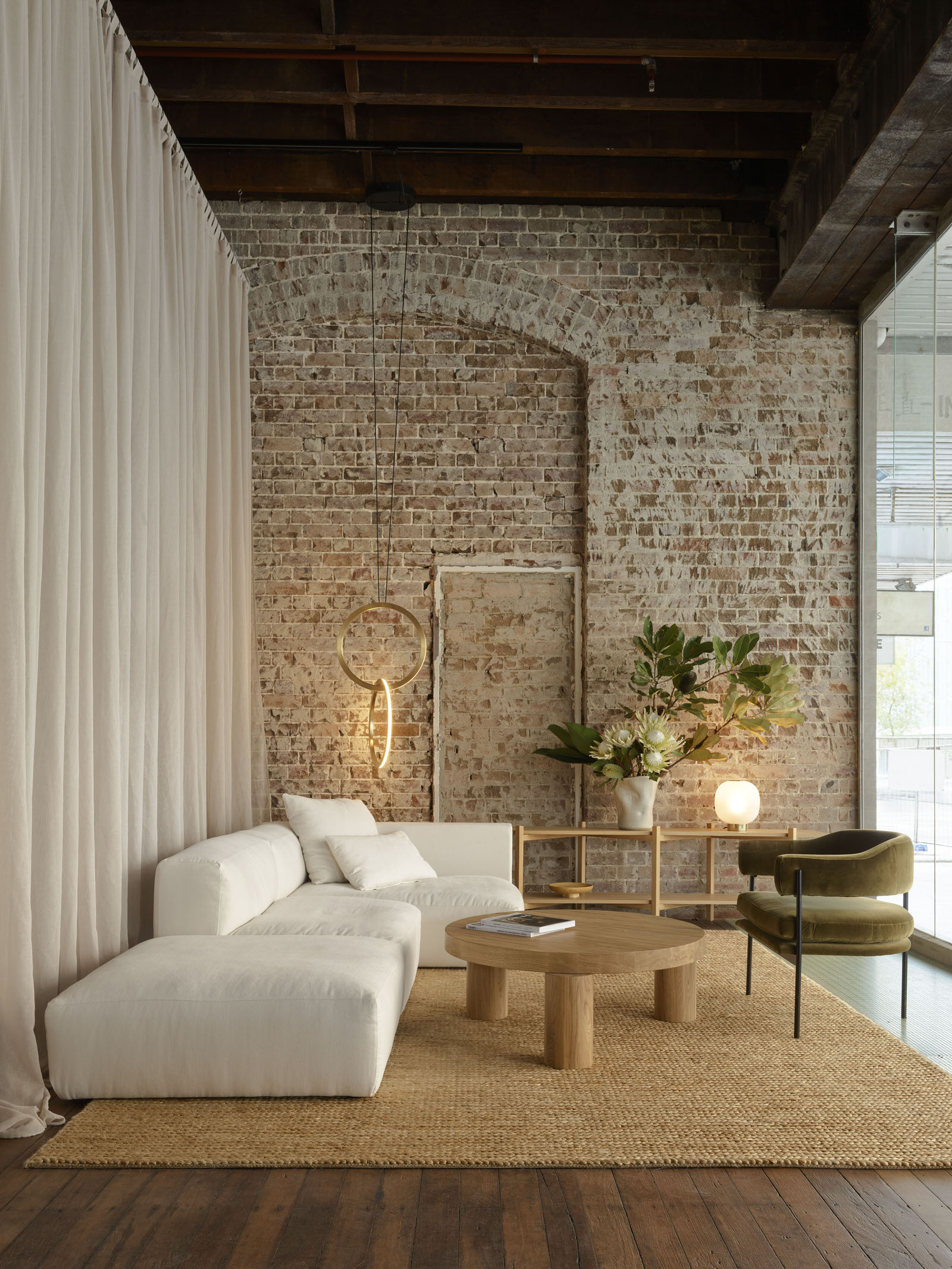 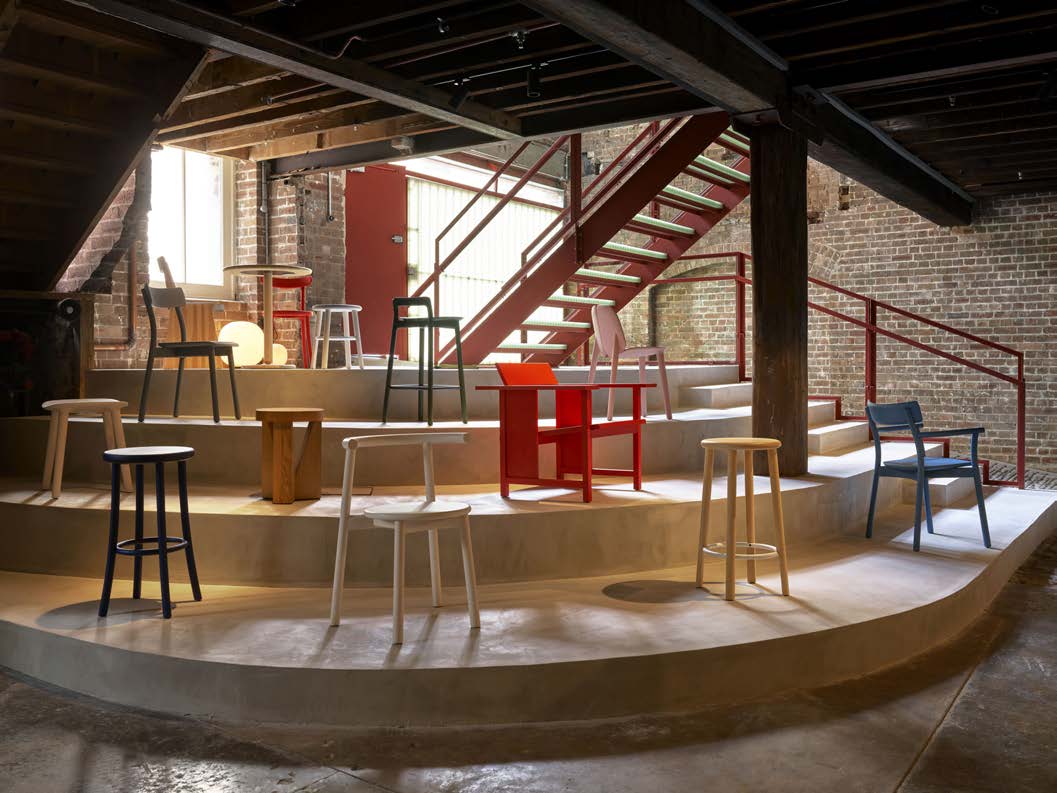 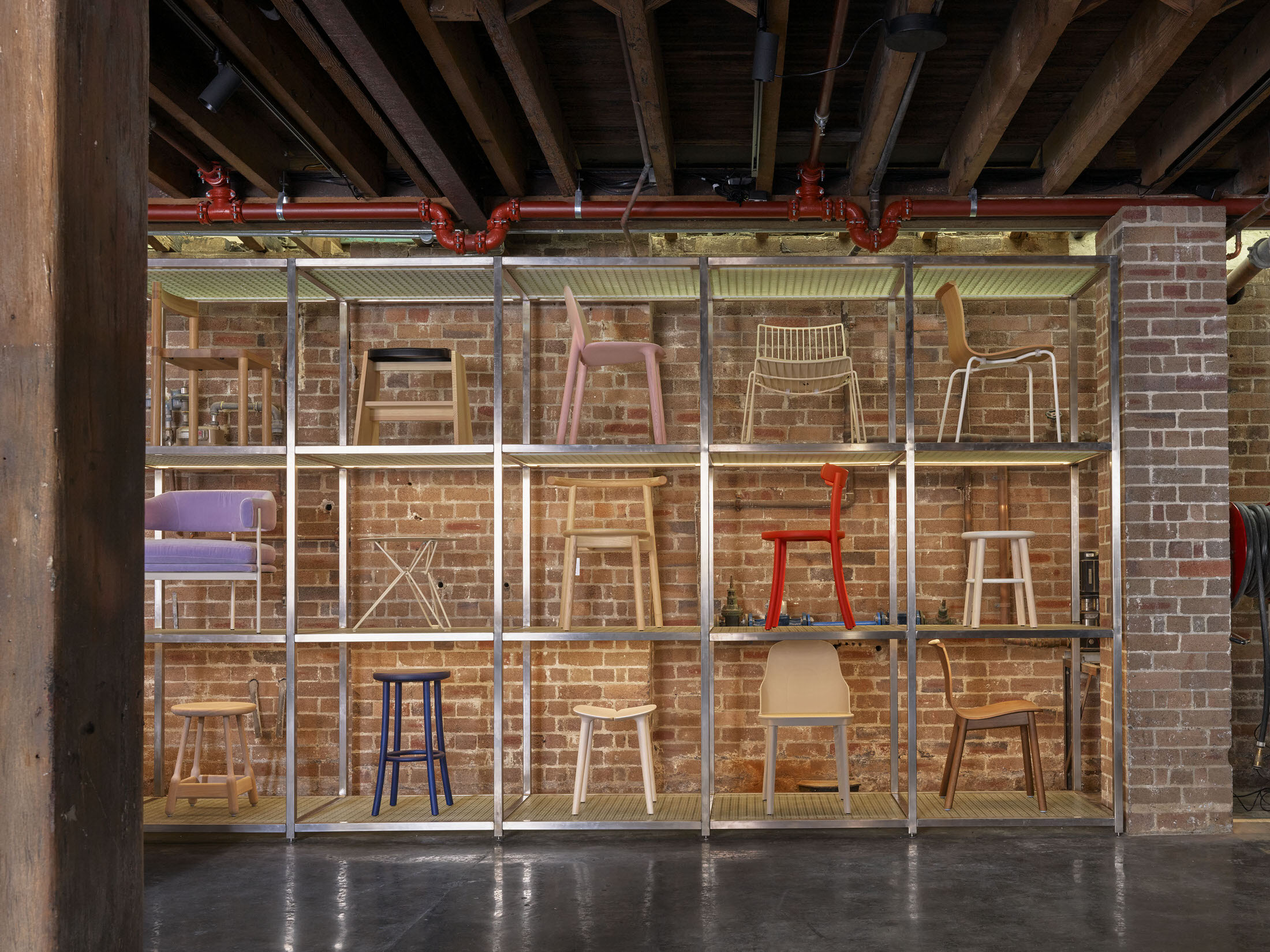 “We see in our role as designers a duty to respond directly, and sensitively to site,” said Josh and Lily. “It’s our belief that what you don’t do can be as powerful as what you do.” At District’s showroom, the duo deliberately understated interventions, demonstrating that sometimes the most impactful thing a designer can do is keep the noise to a minimum, allowing rich and unencumbered connections to take place between people, objects and architecture.

As a team that believe in genuine relationships, meaningful connections and creating moments that matter District’s goal is a genuine one—“To provide a unique and considered experience to all those who engage with us, one built around intimacy, authenticity, immersion, and collaboration. Our new Sydney Showroom will provide the opportunity to further engage with the Sydney market and develop stronger connections and enduring, bespoke solutions. This is for Sydney,” concludes Joseph.