The British seaside is a peculiar place. Filled with donkey rides, ice cream vans, and holidaymakers looking for a good time, beaches are a destination where comic twists of fate are never far away. And in latest short film Donkey Wrong, that’s exactly what happens.

Released on 17 September, Donkey Wrong is an adorable animation written and directed by Animade’s Art Director Jim Billy Wheeler. Focusing on the misadventures of Bucky, the beach donkey, the 3-minute short is a stylish love letter to the golden age of British seaside holidays. We can practically feel the sand between our toes just watching it.

Anyone who’s ever taken a trip to the British seaside will immediately recognise the colourful cast of characters on display, including a disgruntled donkey owner, beachgoers getting over-excited in the sun, and even a seagull out to pinch your food. But it’s the story of Bucky’s accidental rise to fame and fall from grace that drives the action. 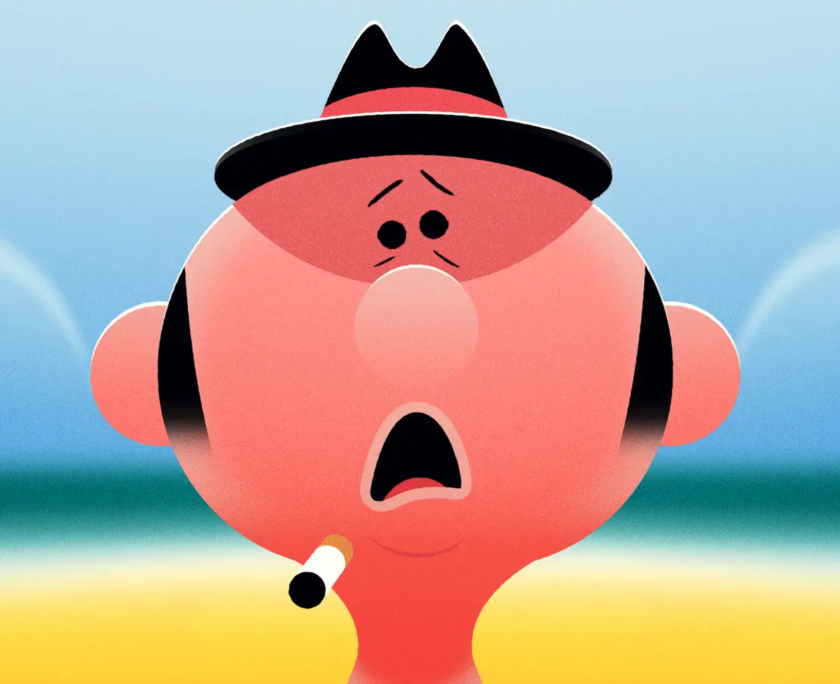 The beach setting is no accident, though. Jim decided that it was the ideal location to create a sense of timeless nostalgia because there would be no landmarks or details to tether the film to a specific era. Inspired by beach documentary photographers such as Martin Parr and the style of illustrations found in The New Yorker, the art style in Donkey Wrong harks back to their slick and graphic sensibilities while retaining a heartfelt charm.

“The inspiration for Donkey Wrong came from the idea that something magical could be conjured and revered in a real-world setting”, Jim tells Creative Boom. “Beaches are magical and otherworldly places in themselves, and there’s nowhere else quite like being beside the sea. It’s the perfect place for a supernatural spectacle!”

And as you’d expect from the London-based studio that creates characterful animations and assets for the likes of Google and Facebook, Donkey Wrong is packed with exquisite details that say more than dialogue ever could. Keep a close eye on Bucky’s floppy, bewildered mouth, which was a joy for the character developers to obsess over. “The story was so deliciously on point and coupled with Jim’s design style, the foundations for a delightful film were set in place,” adds Jen Judd, Animade Co-Founder. 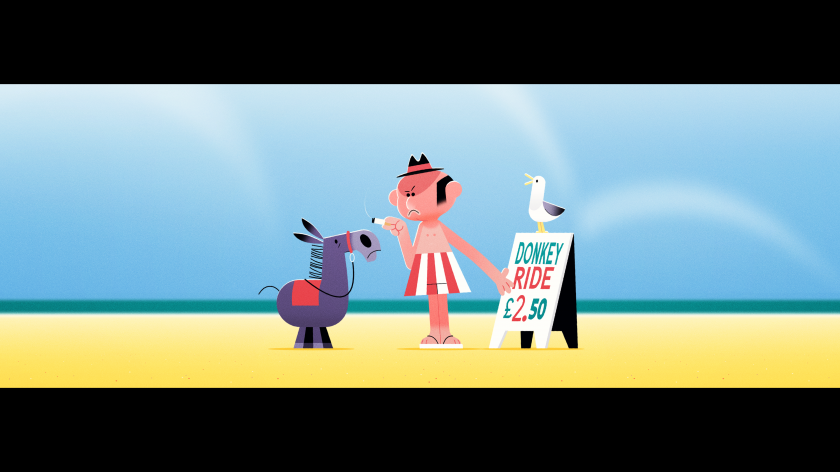 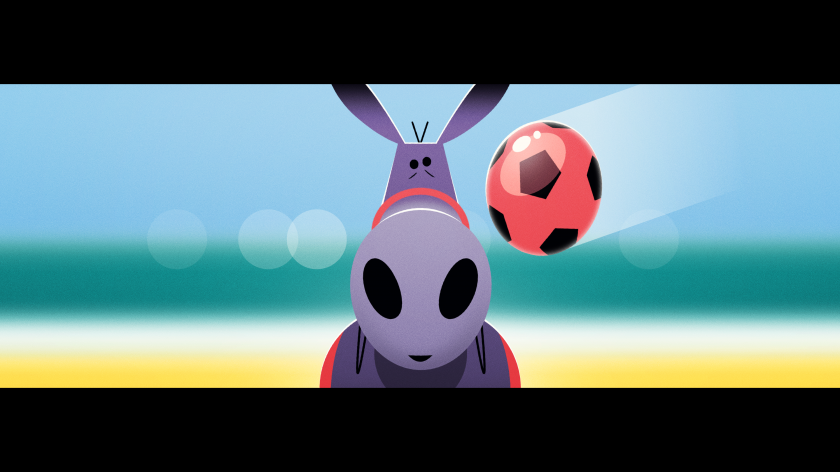 When it’s not creating campaigns that make the world a bit more characterful, Animade likes to devote time to ‘play’. These projects allow creatives to experiment with new techniques and explore new approaches that can be fed back into their client work. Another priority for these projects, though, is to simply have fun, and that enthusiasm can clearly be seen on the screen during Donkey Wrong.

This isn’t the first film from Animade either. Back in 2018, they released , a heartwarming story of a father’s relationship with his daughter, which was created for WeTransfer’s creative platform WePresent. Here’s hoping we don’t have to wait as long to see more of their stunning films.