Drawings by Frida Chen depict the sadness and sarcasm of masculinity 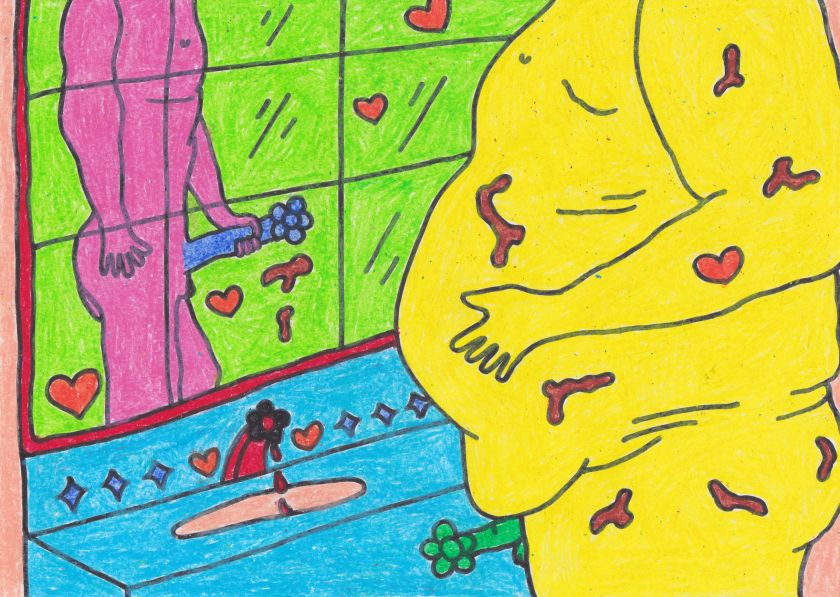 Germany-based artist has turned the male gaze on its head to depict modern masculinity in a series of vibrant, almost comical drawings. But at the heart of her work is a uniquely masculine sense of sadness and sarcasm.

Originally from China but now based between Berlin and Hamburg, Frida has an MA in Contemporary Art Theory from Goldsmiths, University of London. As well as working as an illustrator, she is also a fashion art director, stylist and graphic designer. 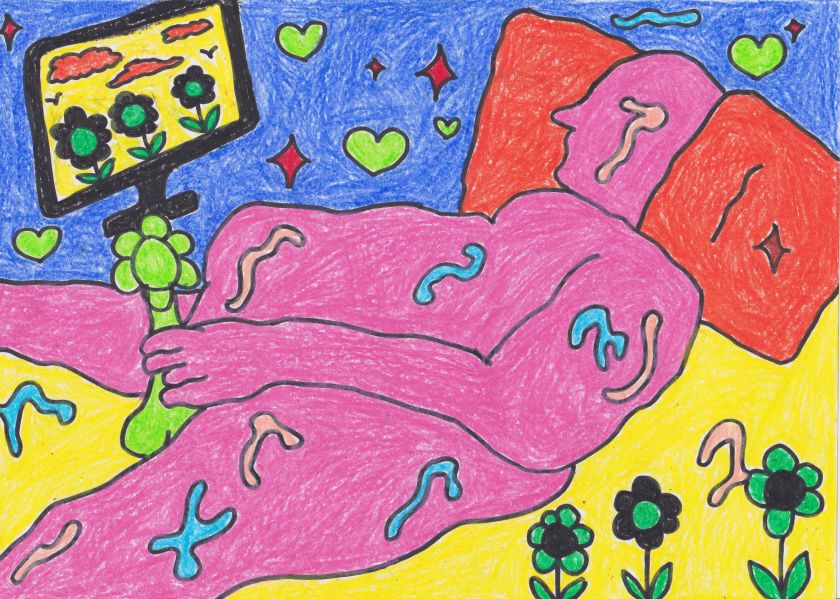 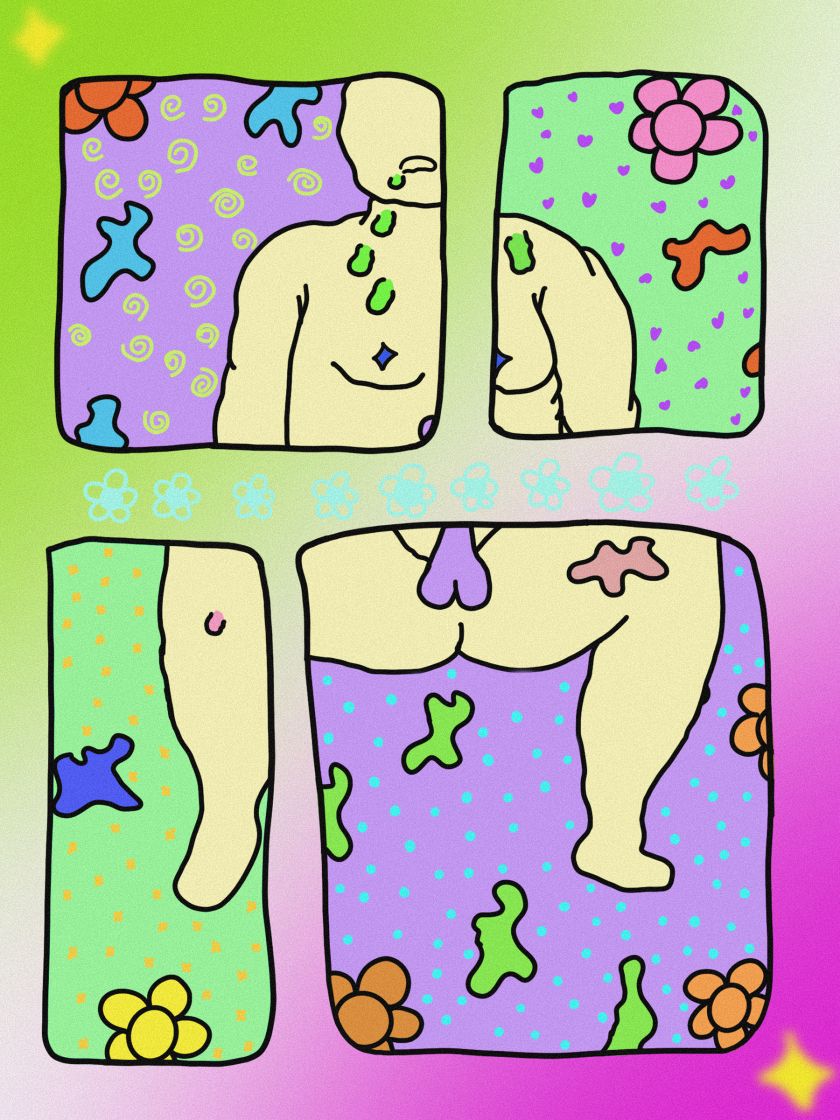 The striking illustrations make a strong impression thanks to their bold colours and sexual subject matter. However, the yawning sadness of modern masculinity, which simmers beneath the surface, only enhances their effect. This can be seen in a piece titled ‘Everyone’s a victim’ where a fat man sees a skinnier reflection in the mirror, communicating that ideals of beauty and body dysmorphia are a prison that can age men and women alike. 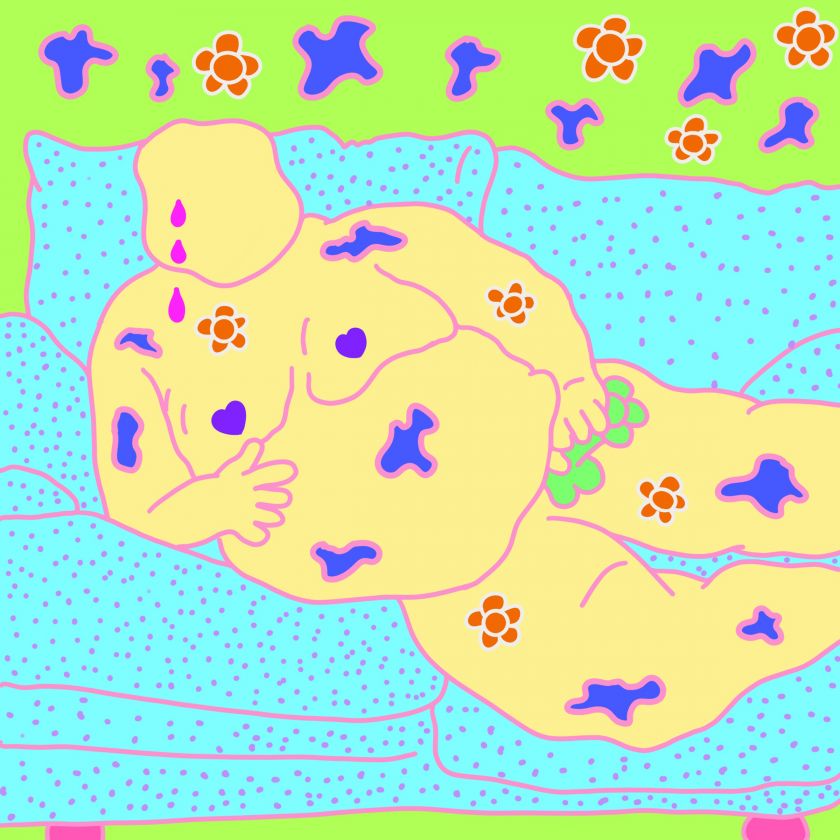 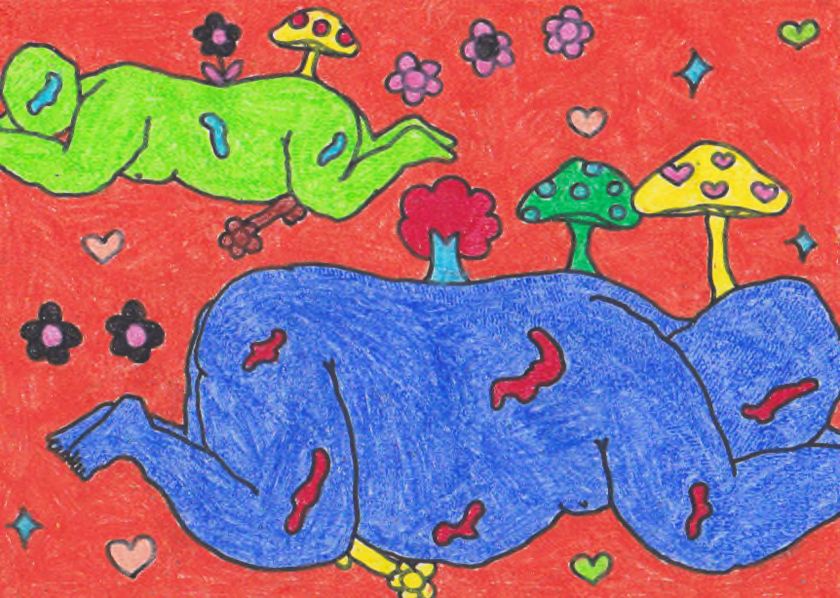 Other, more ambiguous messages can be seen in the presence of flowers. Not traditionally a symbol of masculinity, floral motifs can be found growing out of characters’ backs, in the place of penises and tap heads, and even on computer screens in place of pornography. It’s a clever symbol that invites the viewer to form their own meanings and connections.

The full collection of Frida’s illustrations can be found on her site, where the delights and despair of phallic floral fornication await you. 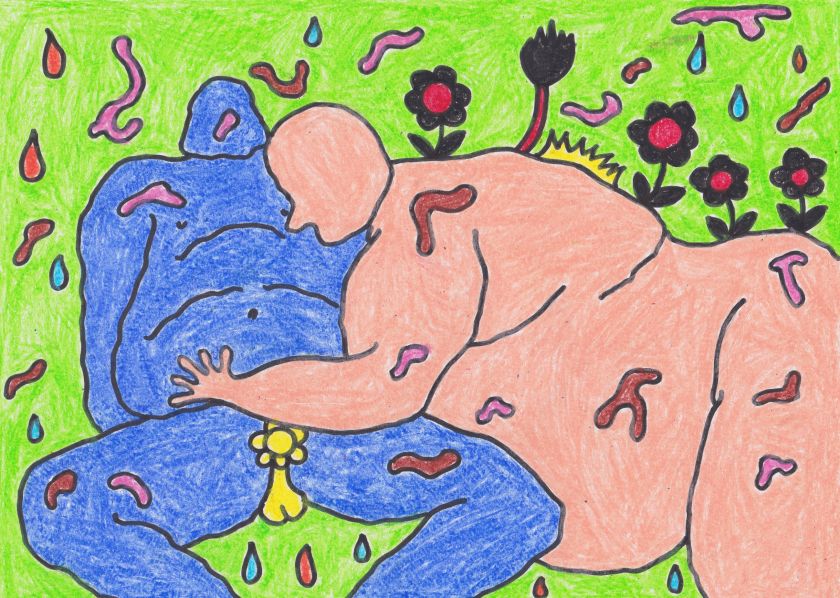 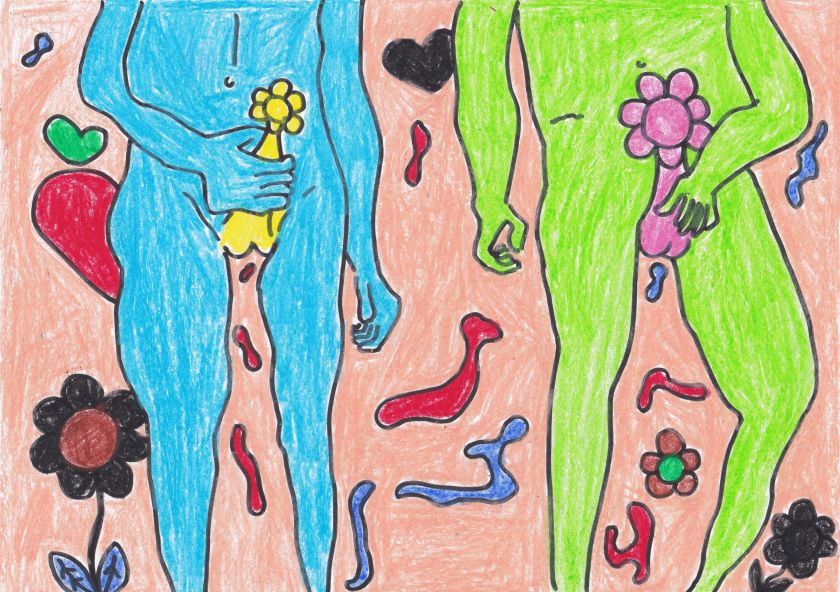 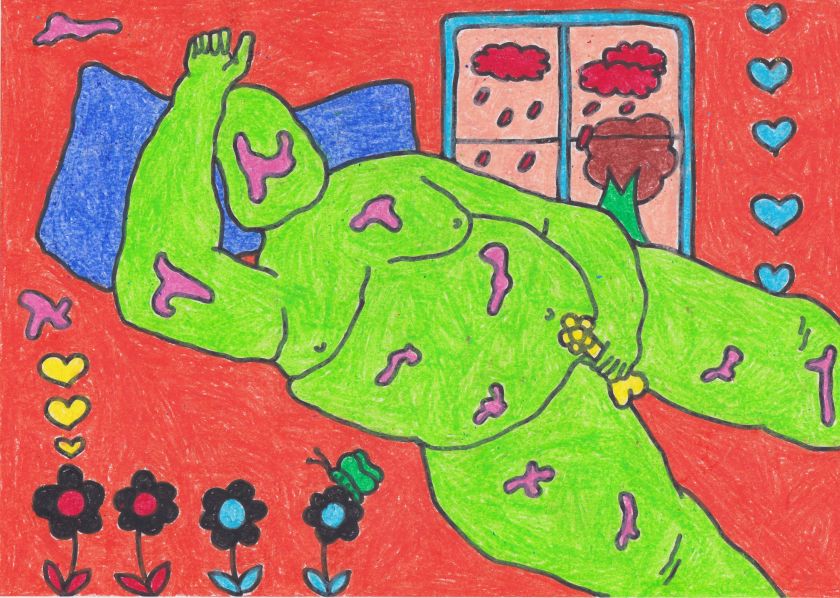