Eating in the Dark: Inari Sirola’s NSFW film explores fragility in a surreal and comic way

The work of London-based animator and filmmaker is instantly recognisable thanks to her surreal style that mixes in a healthy dose of humour. She typically challenges gender stereotypes and societal limitations, and in her latest NSFW film, Eating in the Dark, she explores the fragility of identity and the discovery of self-worth.

Tapping into her love of the absurd, Eating in the Dark showcases Inari’s unique character designs, which “offer personal and social truths” about body image and beauty standards. Populated with people flaunting all manner of long, saggy and wrinkly features, this film is the latest in a series of works where the artist poses the question, “Deep down, can’t we all relate to a sausage?” According to Inari, maybe we do in more ways than we care to admit. 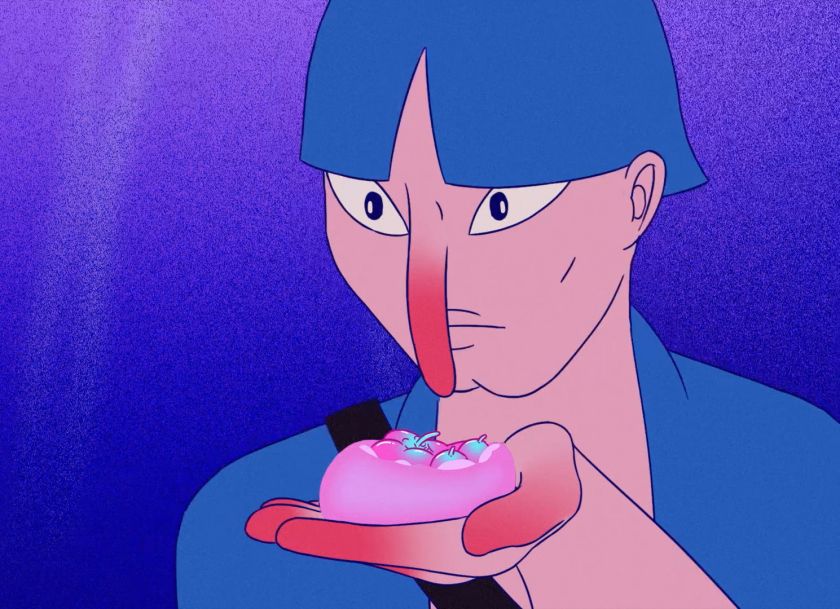 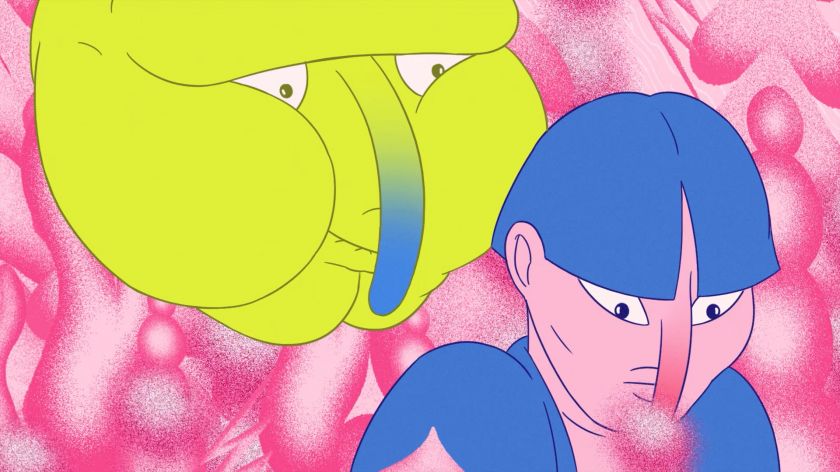 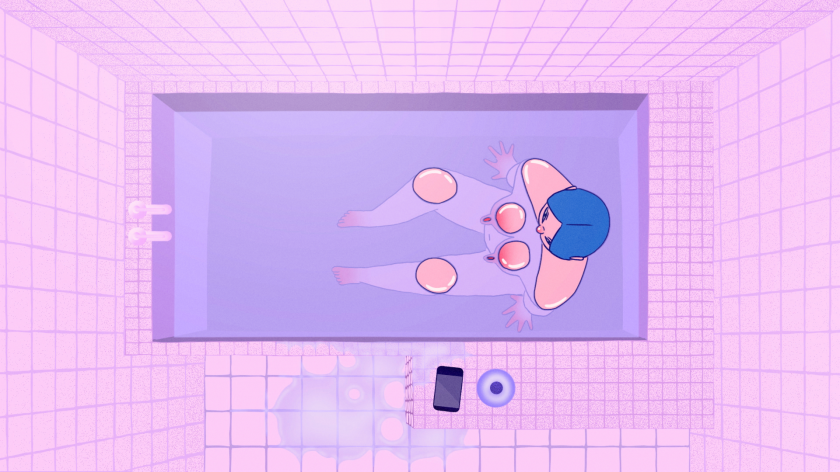 For Inari, who worked on Eating in the Dark for over a year, this project was something special. “I feel like I managed to make something that was everything I hoped it would be,” she explains. “Rarely in your life do you get to work on these types of projects, and I’m more than grateful that this one came to fruition.”

Creating comedy based around something meaningful and difficult is what Inari describes as her “magical combination.” Perhaps that’s because it ties in closely with her background. “I am a very deep thinker and (over) analytical person,” she reveals. “After all, having a Freudian Psychoanalyst for a mother will do that to you.”

Having grown up in Finland, where she never felt at a gender disadvantage, it wasn’t until she started studying animation that she realised how male-dominated the industry is. “This had a knock-on effect which heightened my themes around sexuality and solidified my female perspective,” she adds. 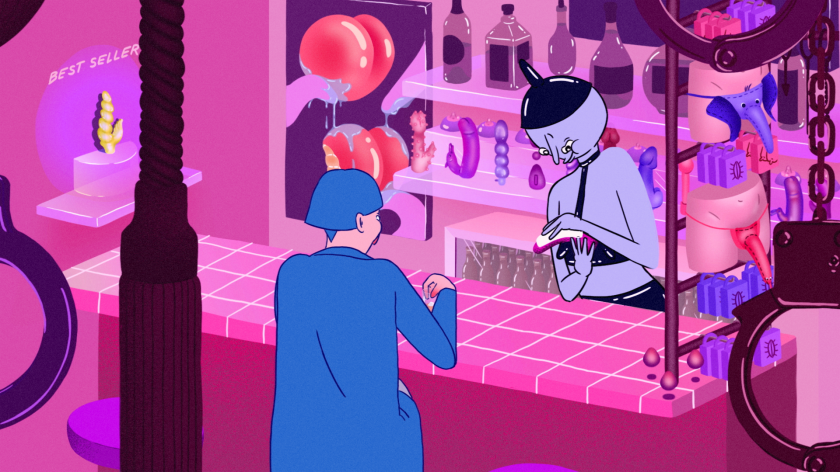 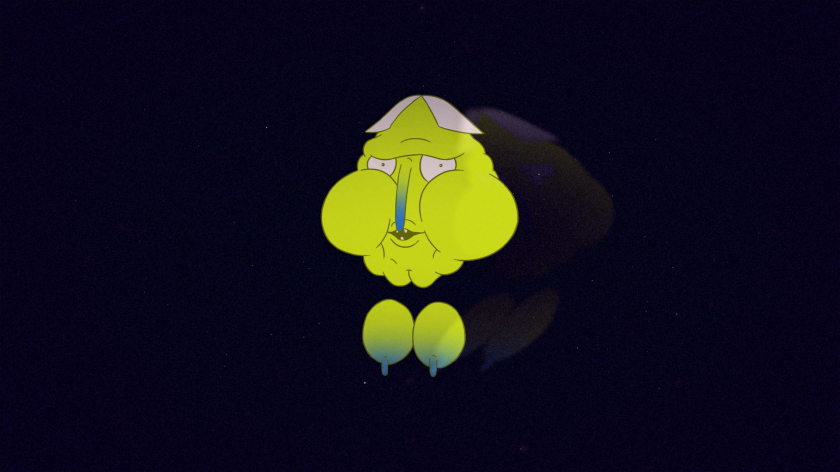 “Themes around confidence, identity and beauty standards repeatedly manifest in my work. Don’t get me wrong, I rarely sit down and say, ‘this will be a feminist piece about gender’. It’s more of a natural workflow that fits that particular project.”

You’d be forgiven for thinking, ‘well, where’s the comedy in all that?’ But for Inari, this is where she gets to balance themes and design. “Ugly, floppy, saggy characters with serious motives create a world I understand. There’s a tragic comedy and relatability in this without making it too heavy to watch,” she says. On top of that, she simply likes drawing silly characters. “No big agenda there. That’s always something I’ve been drawn towards (no pun intended).”

The first steps toward completing this film were taken when Inari was accepted into the Royal College of Art’s Kyoto Exchange Programme. This programme saw her spend the first semester of her second MA year in Kyoto, and that’s when things started to fall into place. 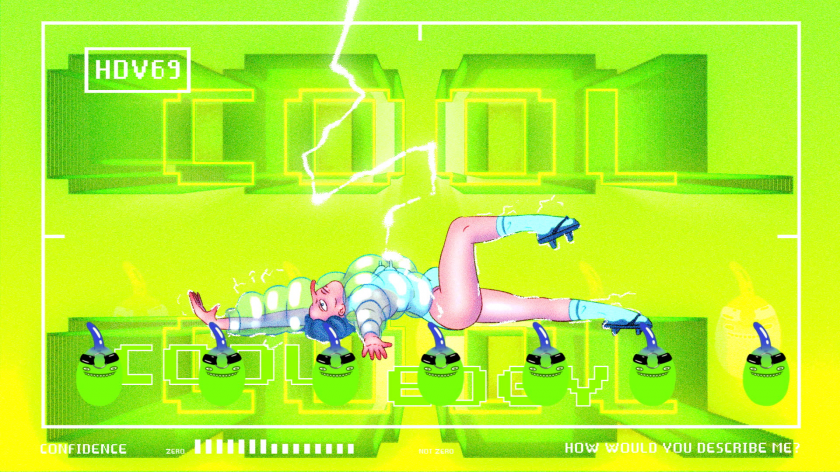 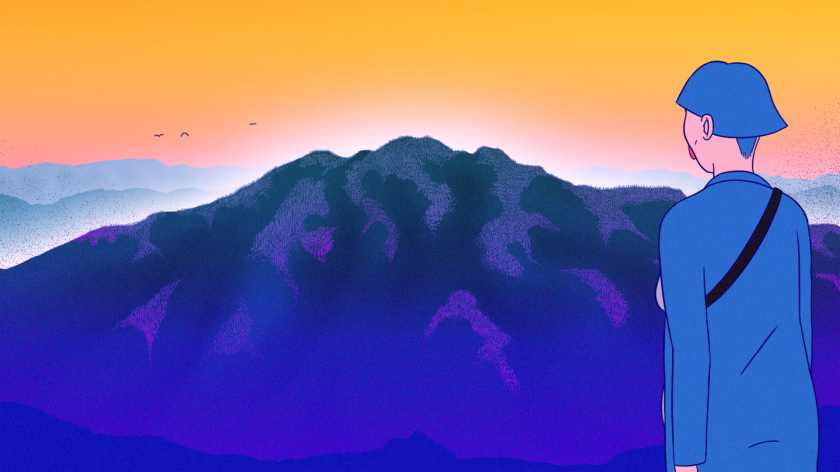 “I’ve always been in love with Japan, so getting into the programme and living there for four months was a dream come true,” Inari explains. “I wrote and started the pre-production of ‘Eating In The Dark’ during this period.”

According to Inari, the contradictory feelings of desire and alienation she felt during this time profoundly affected her. “It was interesting to be somewhere where you’d always hoped to be, yet you’re completely alone, and there’s nothing to remind you of who you are,” she reveals.

“I realised how fragile a person’s identity can be and how easily we can get lost. Personally, when I’m feeling vulnerable, other people’s opinions and comments weigh more than they should. Suddenly, things that are precious to you can become a source of embarrassment. Ultimately, I wanted to illustrate this feeling and address these topics in this film.”

To visualise this sense of self-hate, Inari created Rici, a floating yellow head who embodies Siro’s inner critic and constantly diminishes her self worth. “Siro tries to reason with her but without result. It is a story many of us are familiar with, and I wanted to capture that voice inside of us that tries to put us down.”