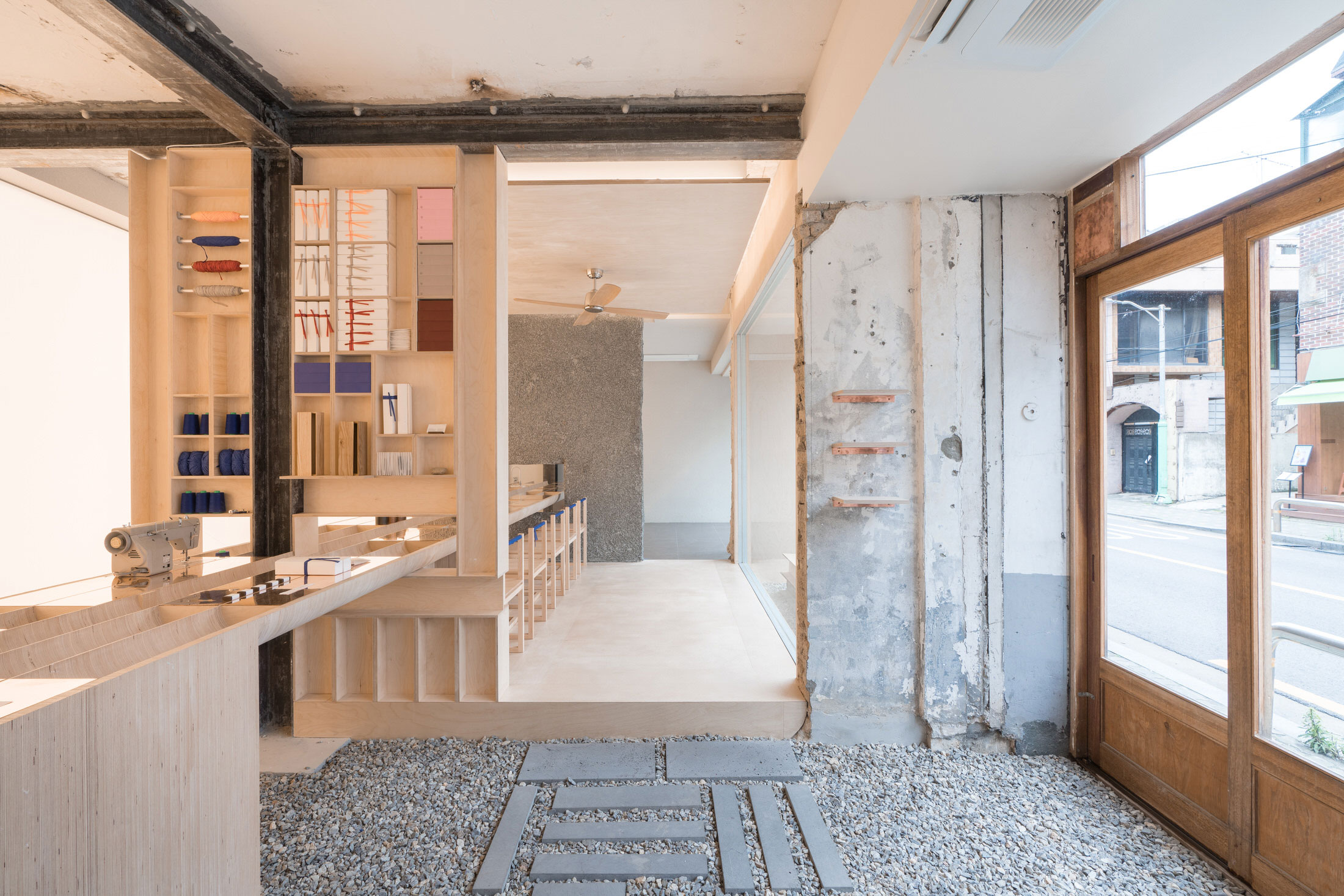 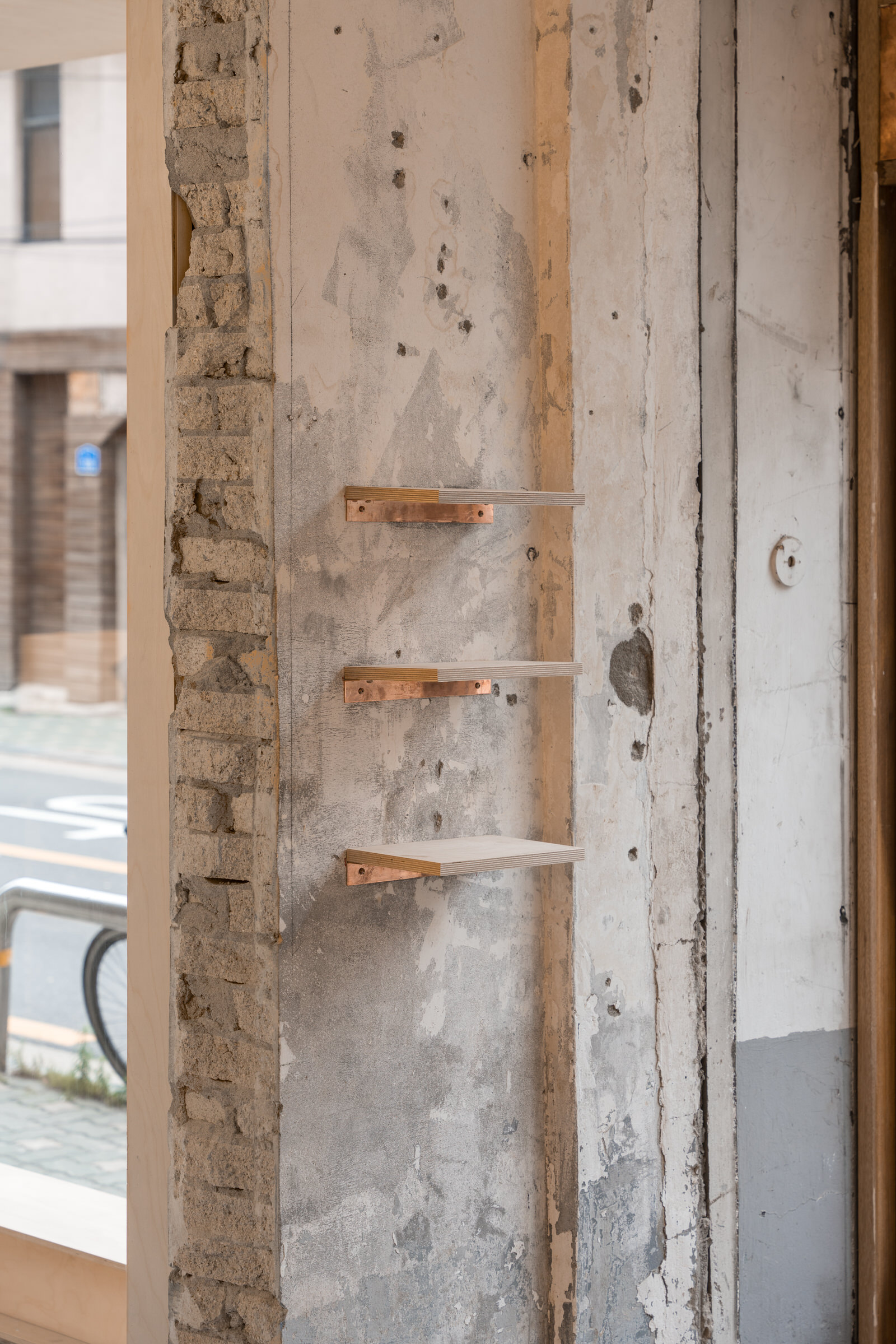 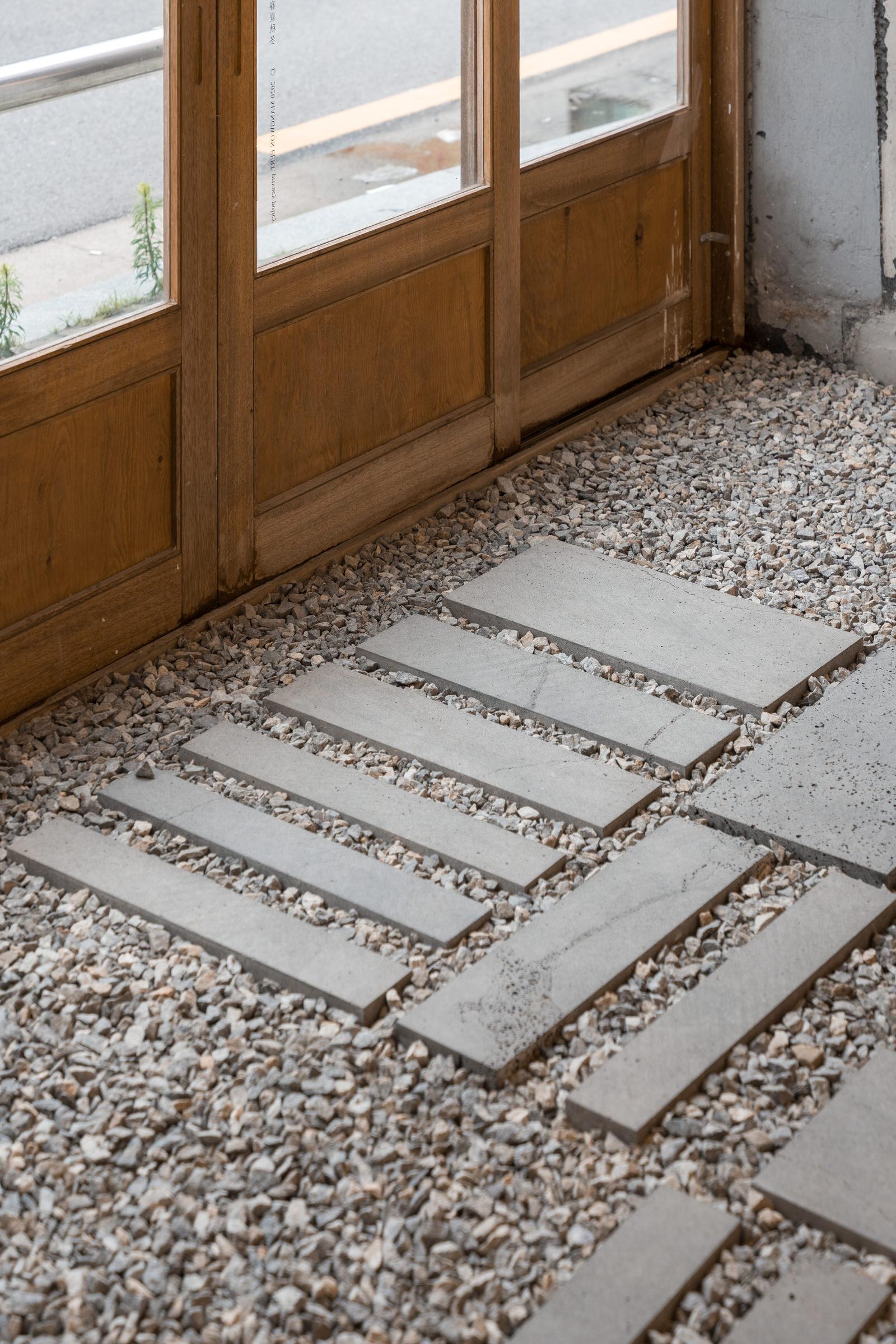 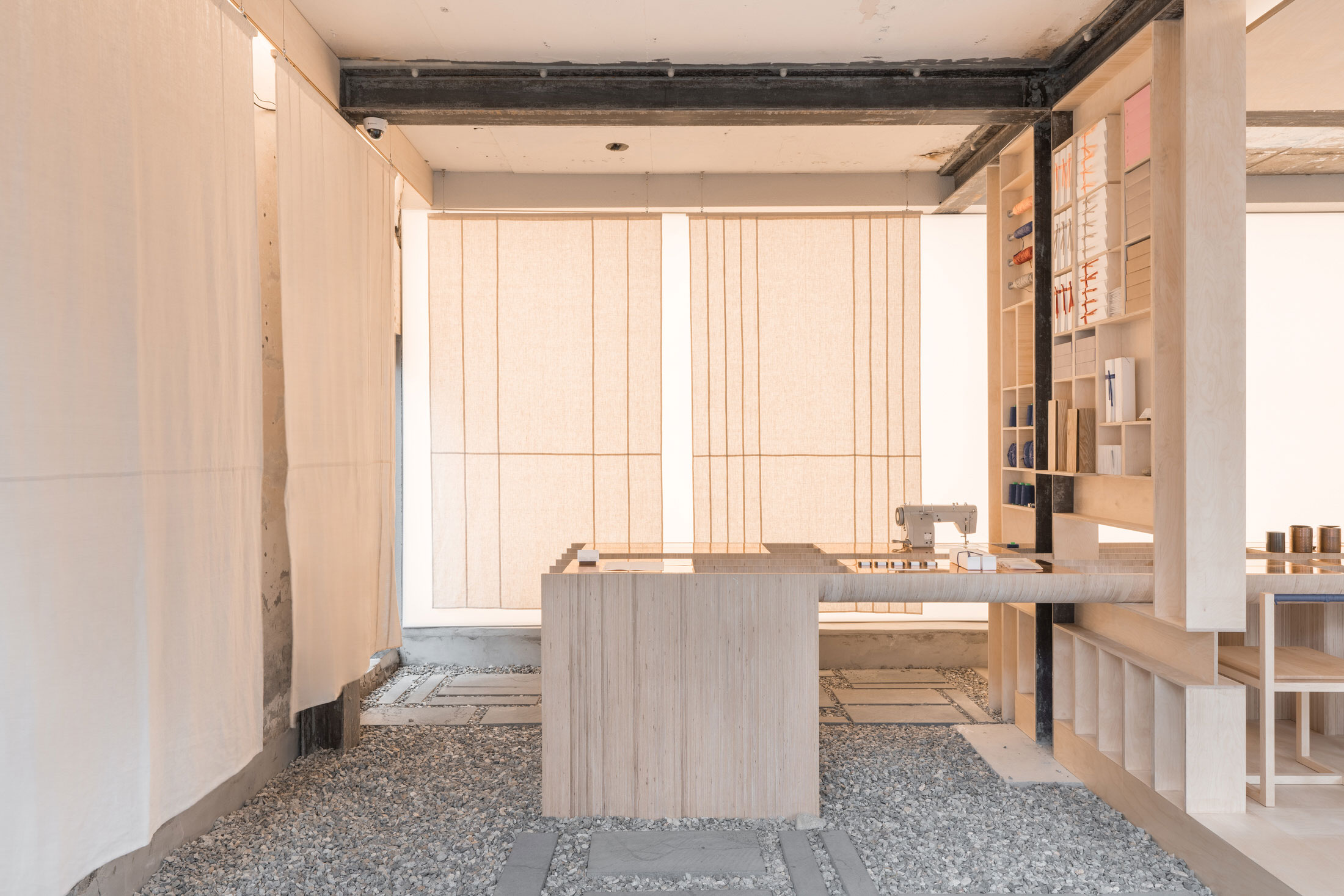 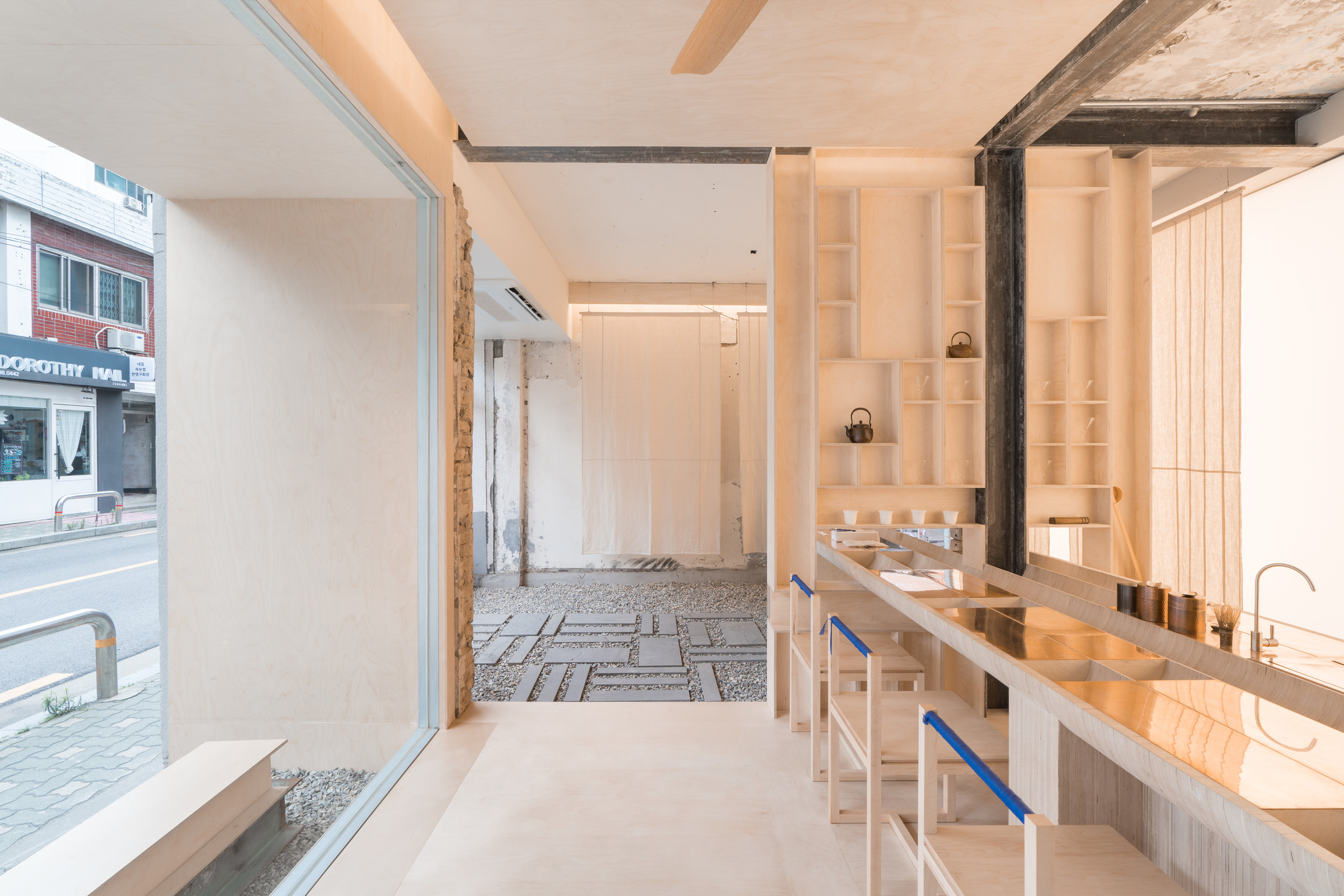 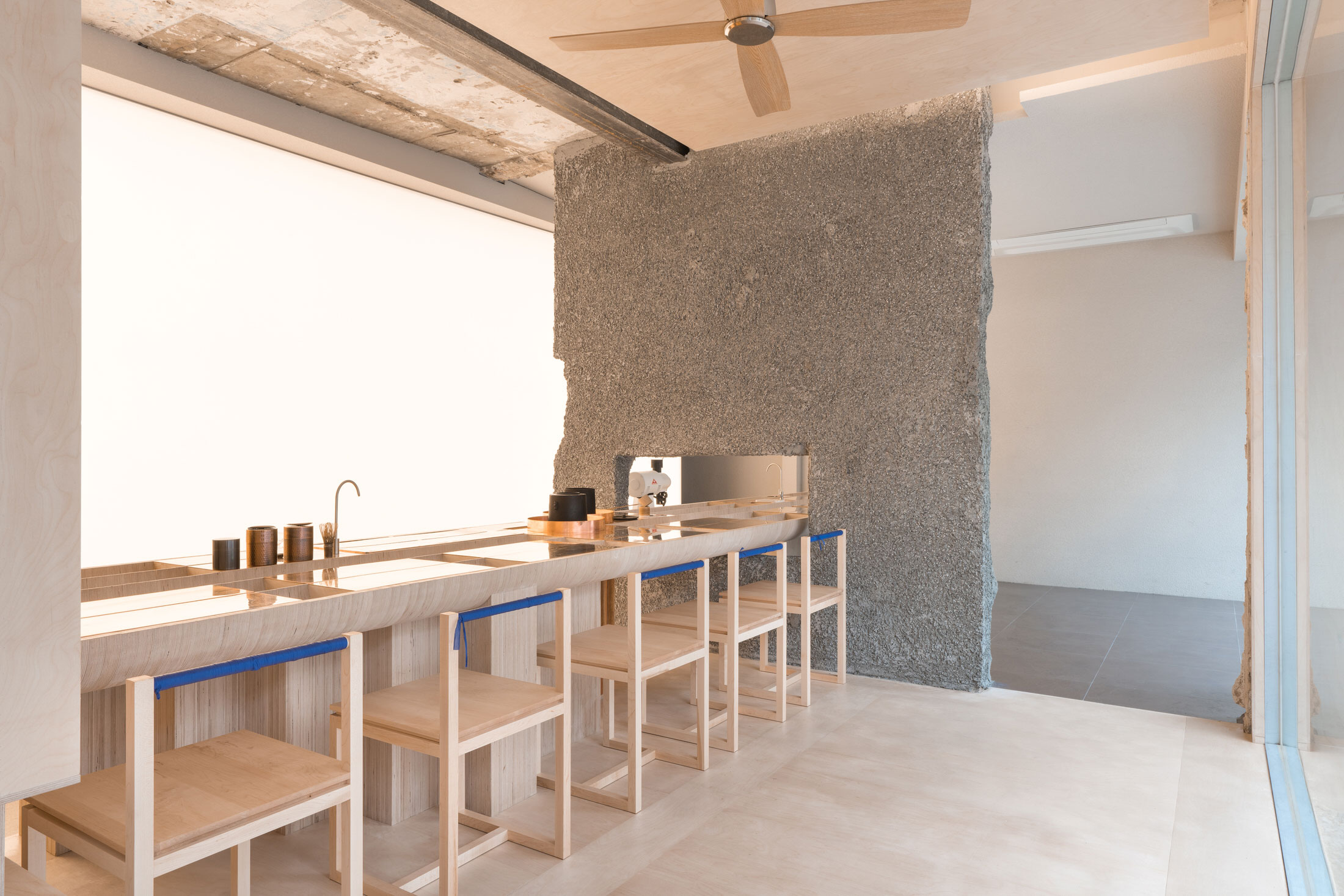 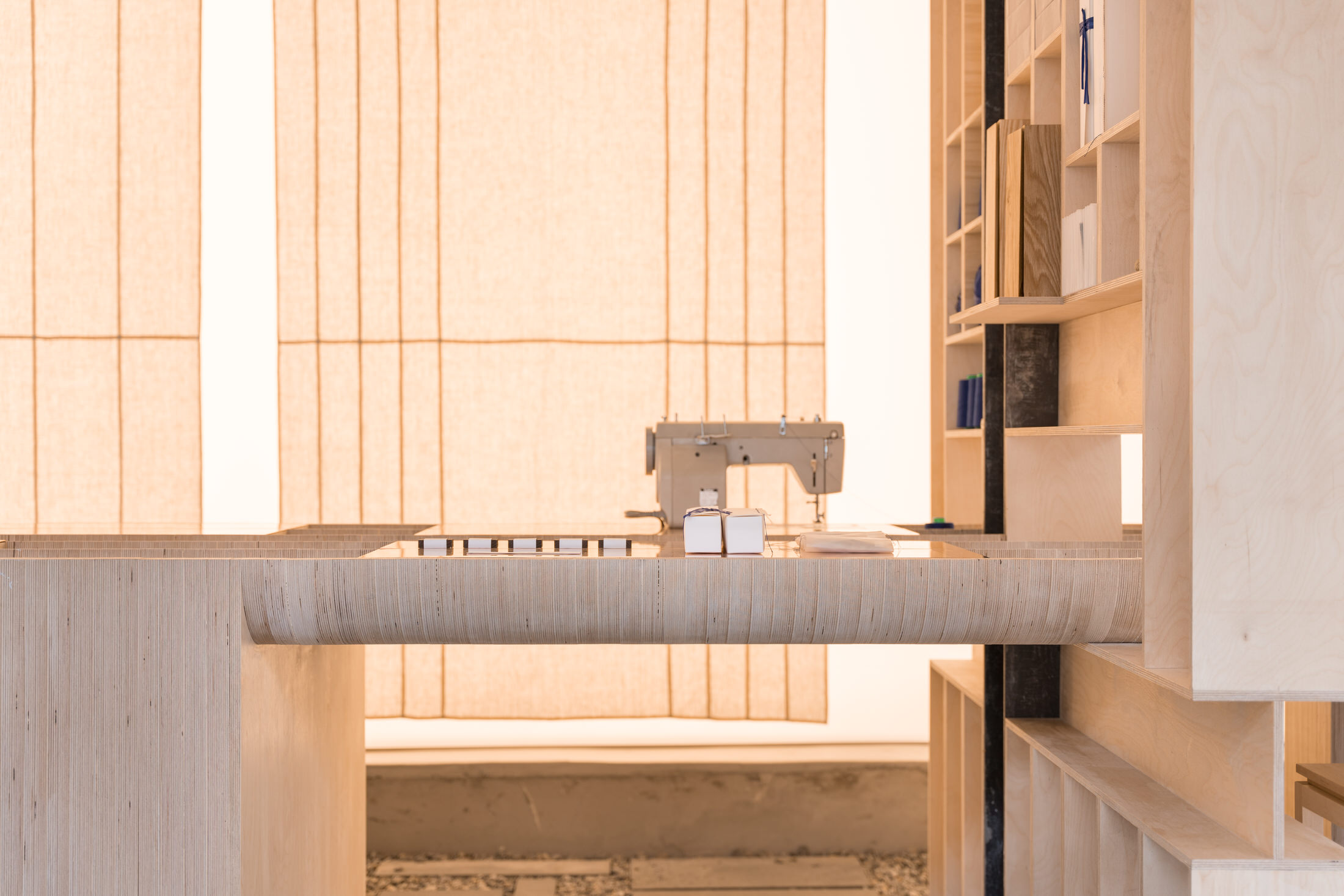 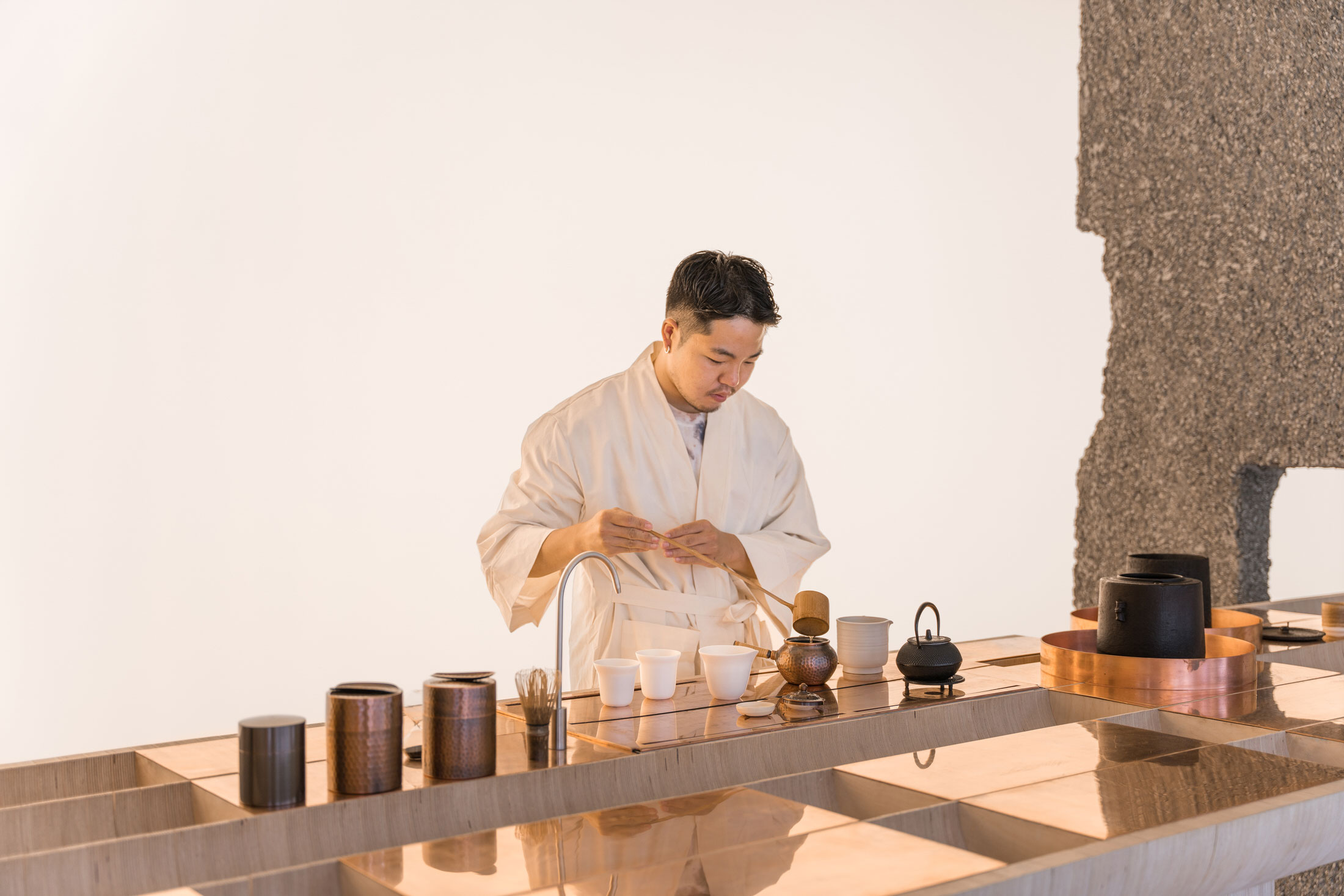 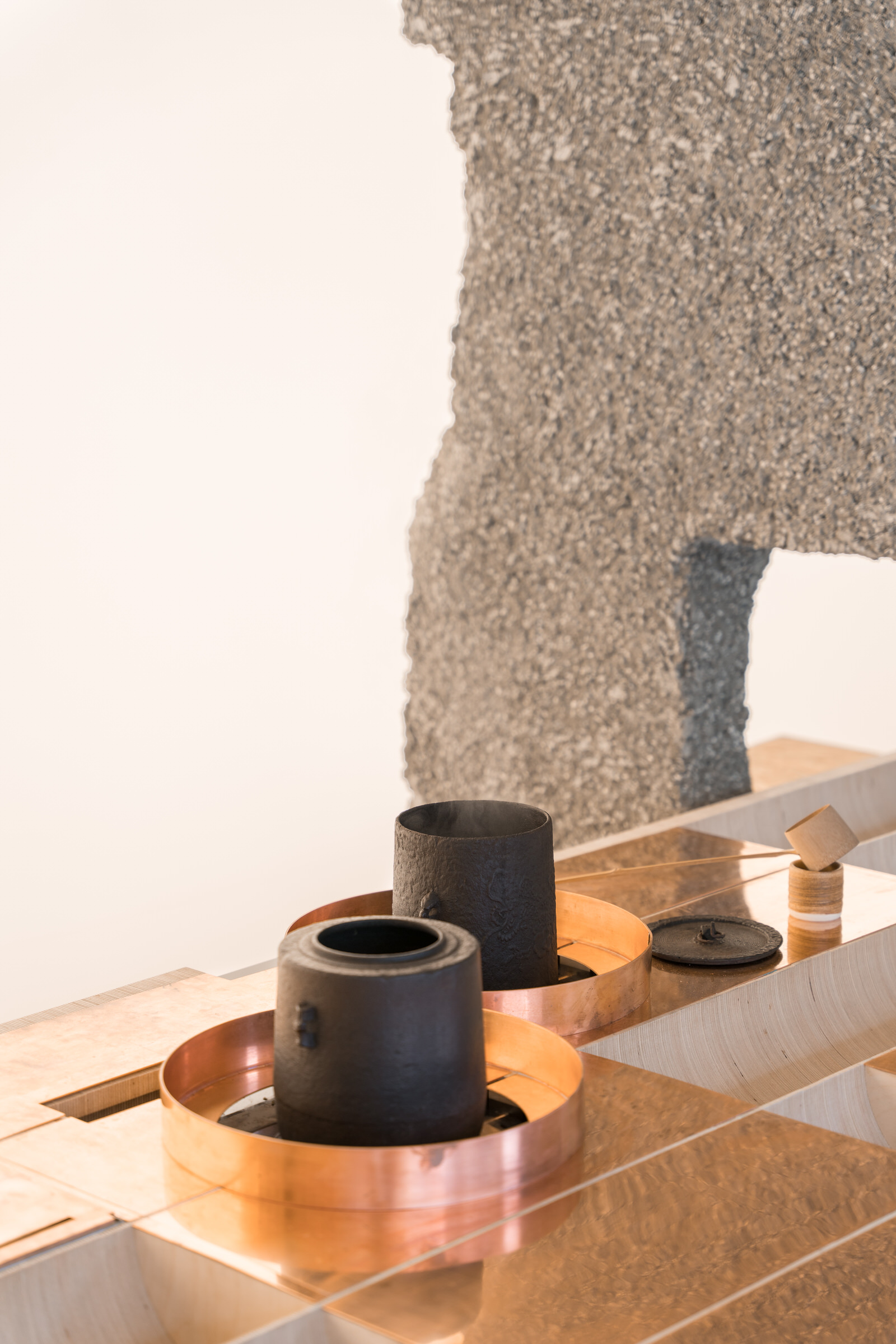 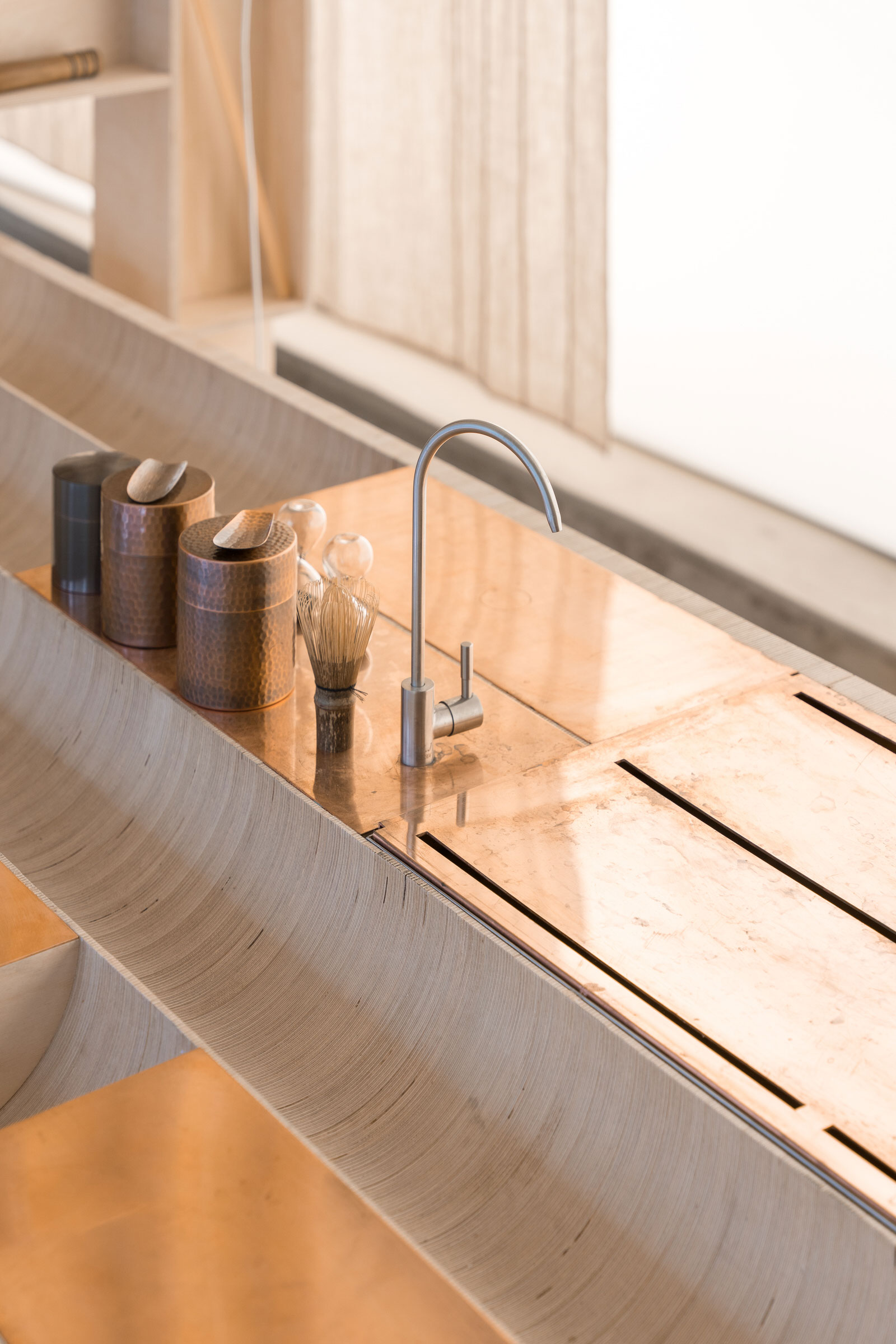 A new outpost for the dessert café and tea shop Eert lands in . Local architecture firm reconstructed familiar building materials in an unfamiliar way in a fresh take on an urban interior that continues the memory of the old building and idiosyncrasies of the neighbourhood.

The building location in Mangwon-dong is a residential complex that has rapidly changed with the popularity of neighbouring Hongdae. The first floor of the building consisted of three independent commercial shops and the second floor was used as a family home, which was a common layout in this part of town. Built in 1974, the space has expanded and transformed several times and was in need of some structural reinforcement. 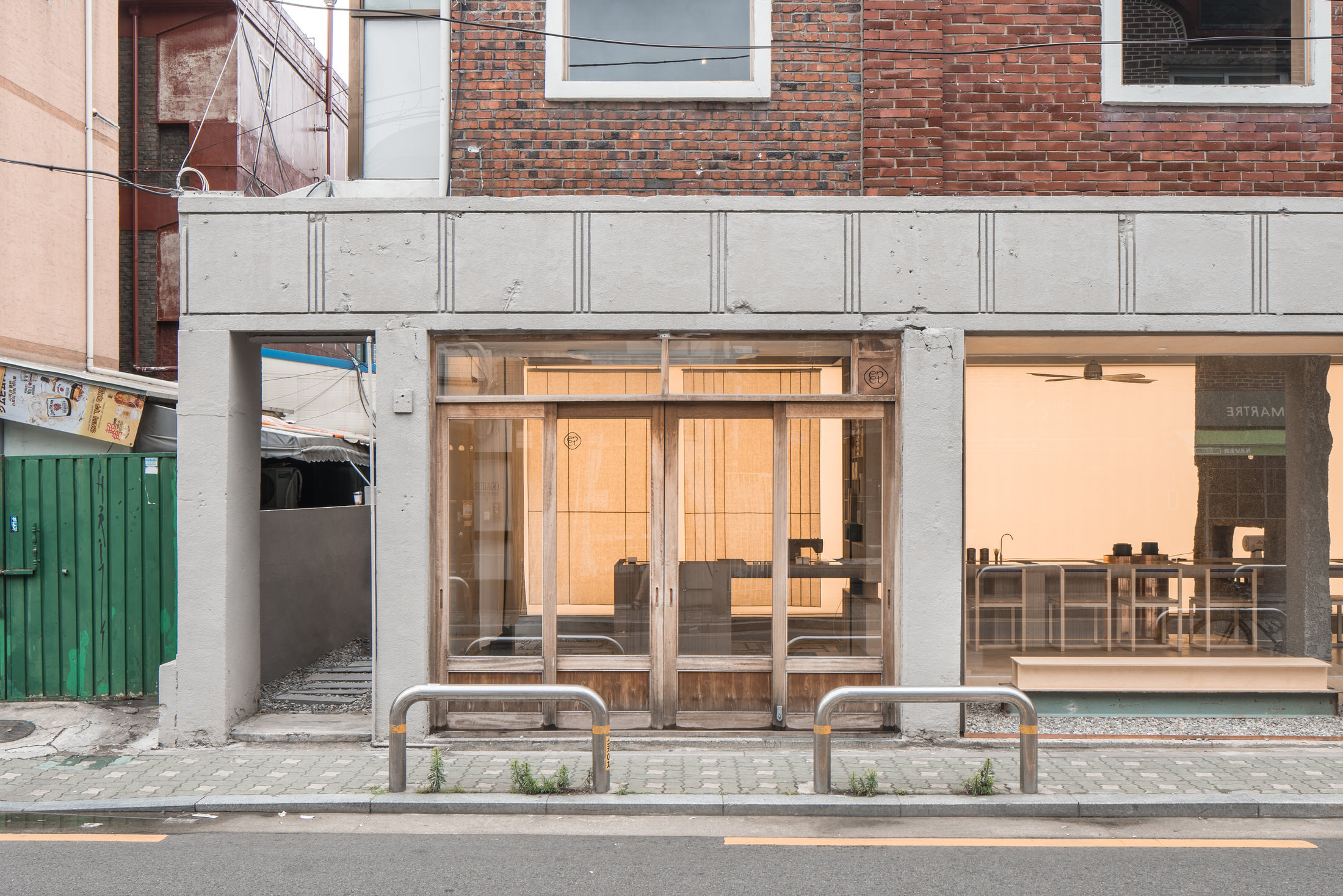 Workment retained the layout dividing the three zones into an area for information and packaging, a space for brewing , and another for brewing . The three zones follow the existing spatial configuration, continuing the Mangwon-dong tradition.

An elongated table in the centre connects the three rooms, embedded in a zen garden on one side. To the left, it leads into Izakaya style seating and wooden flooring. Illuminated by a literal wall of light, traces of the existing space and the newly designed elements are both highlighted. 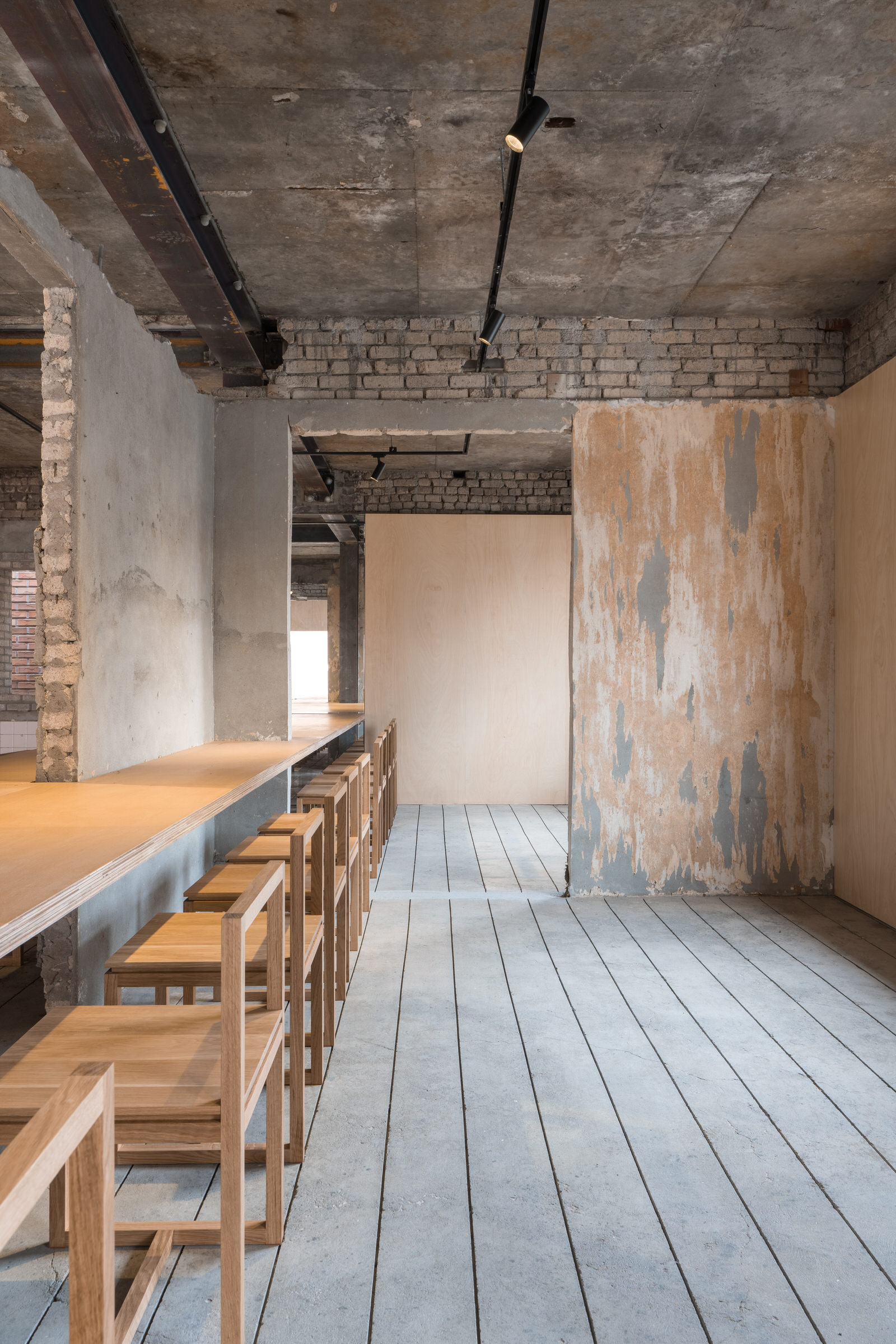 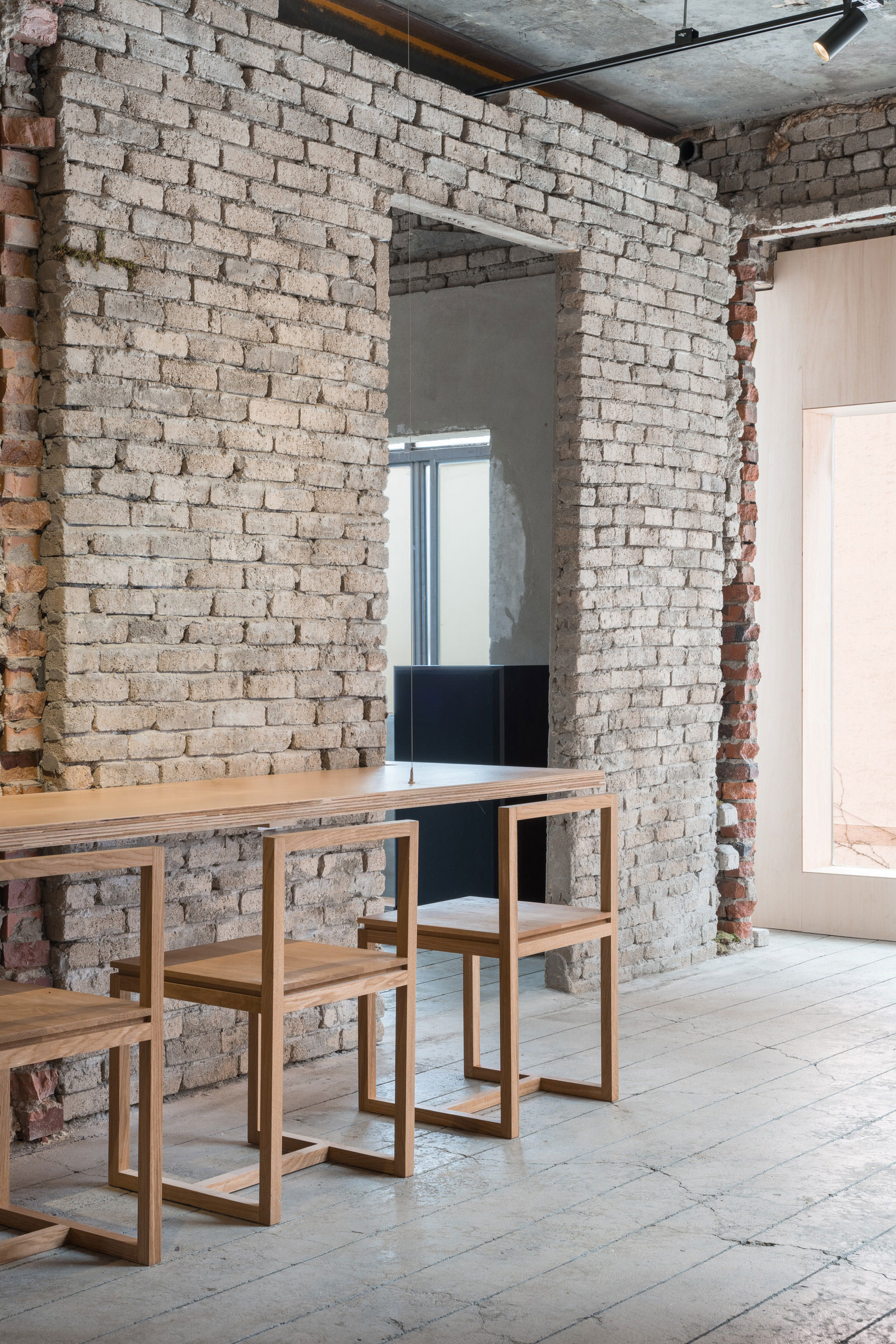 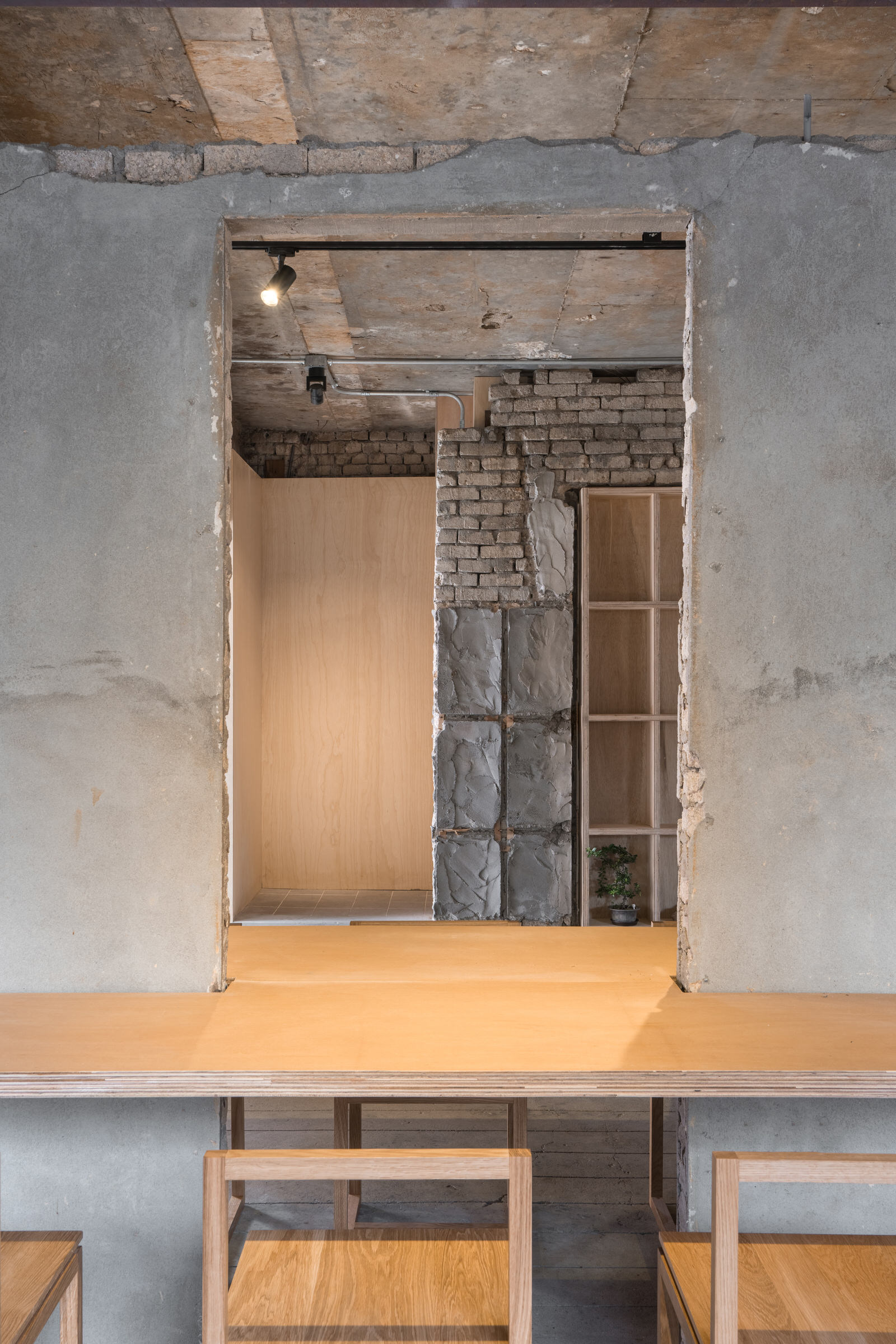 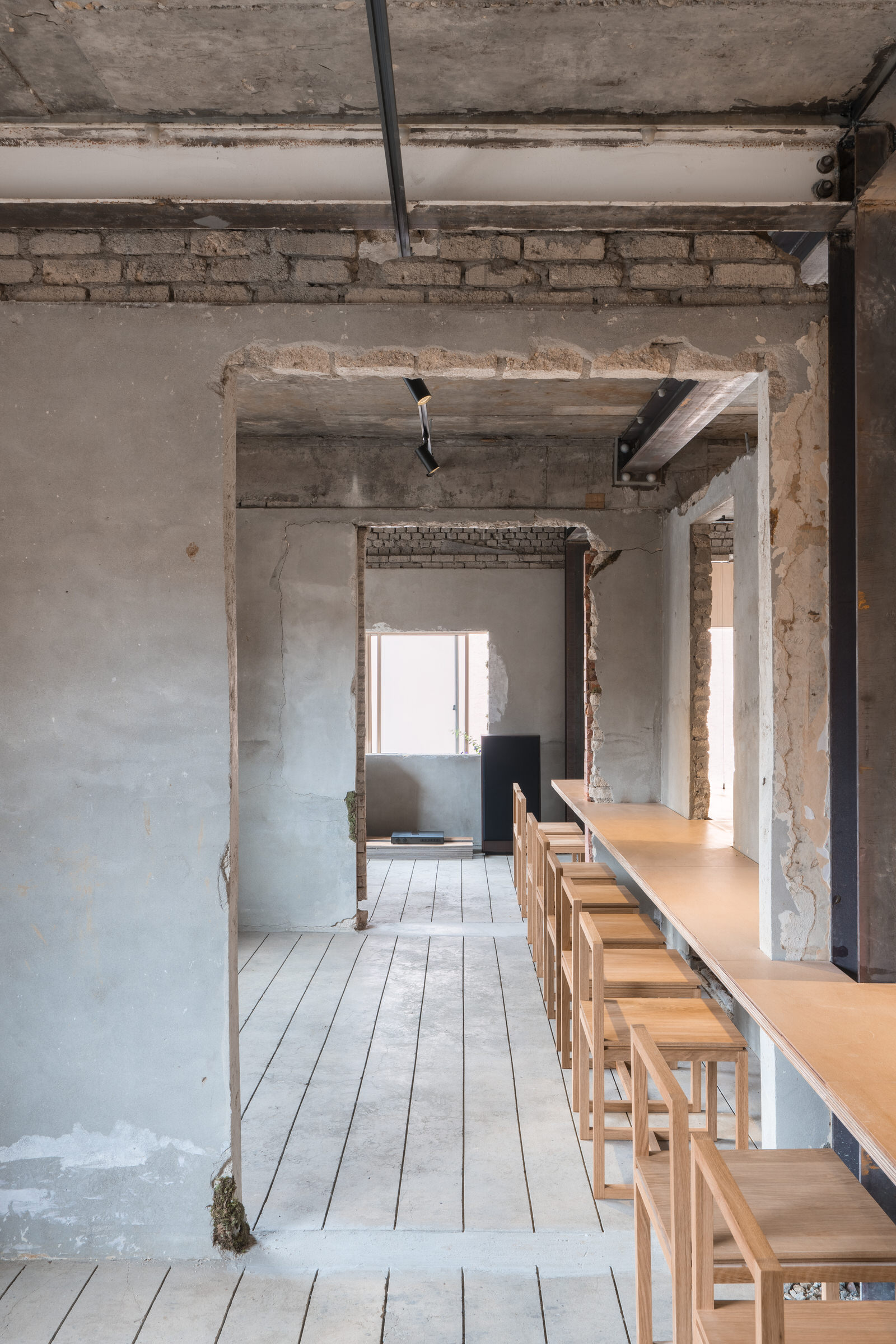 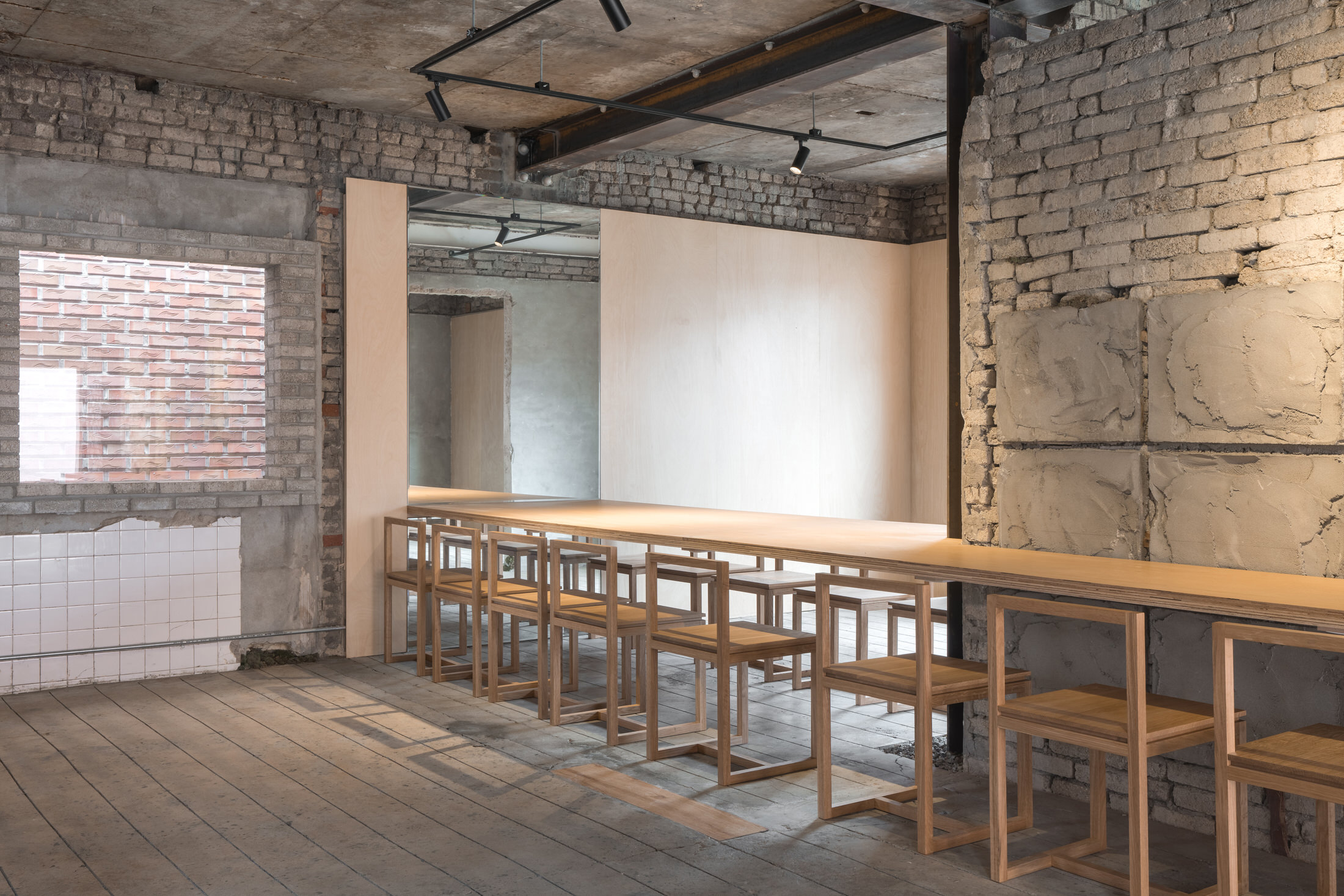 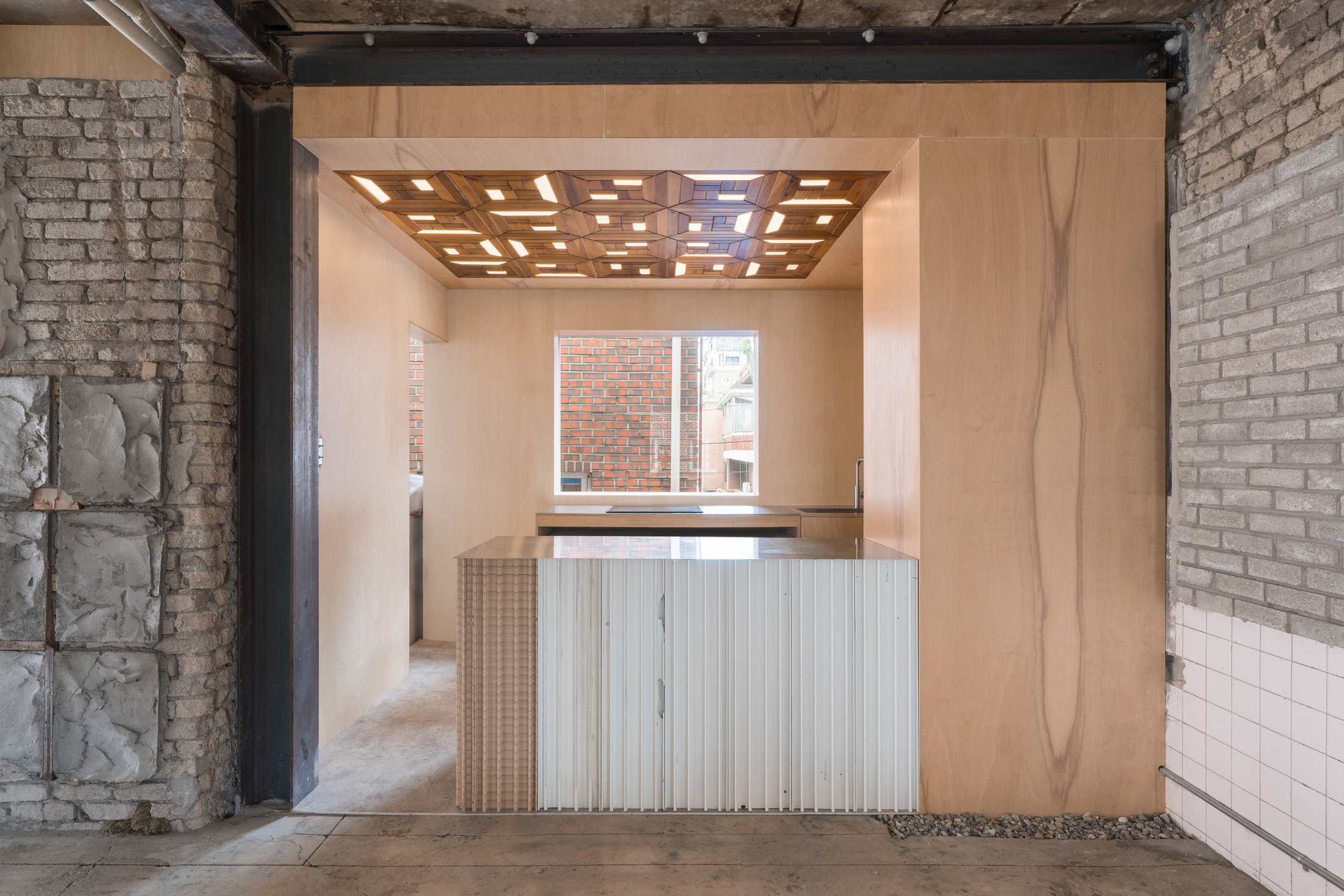 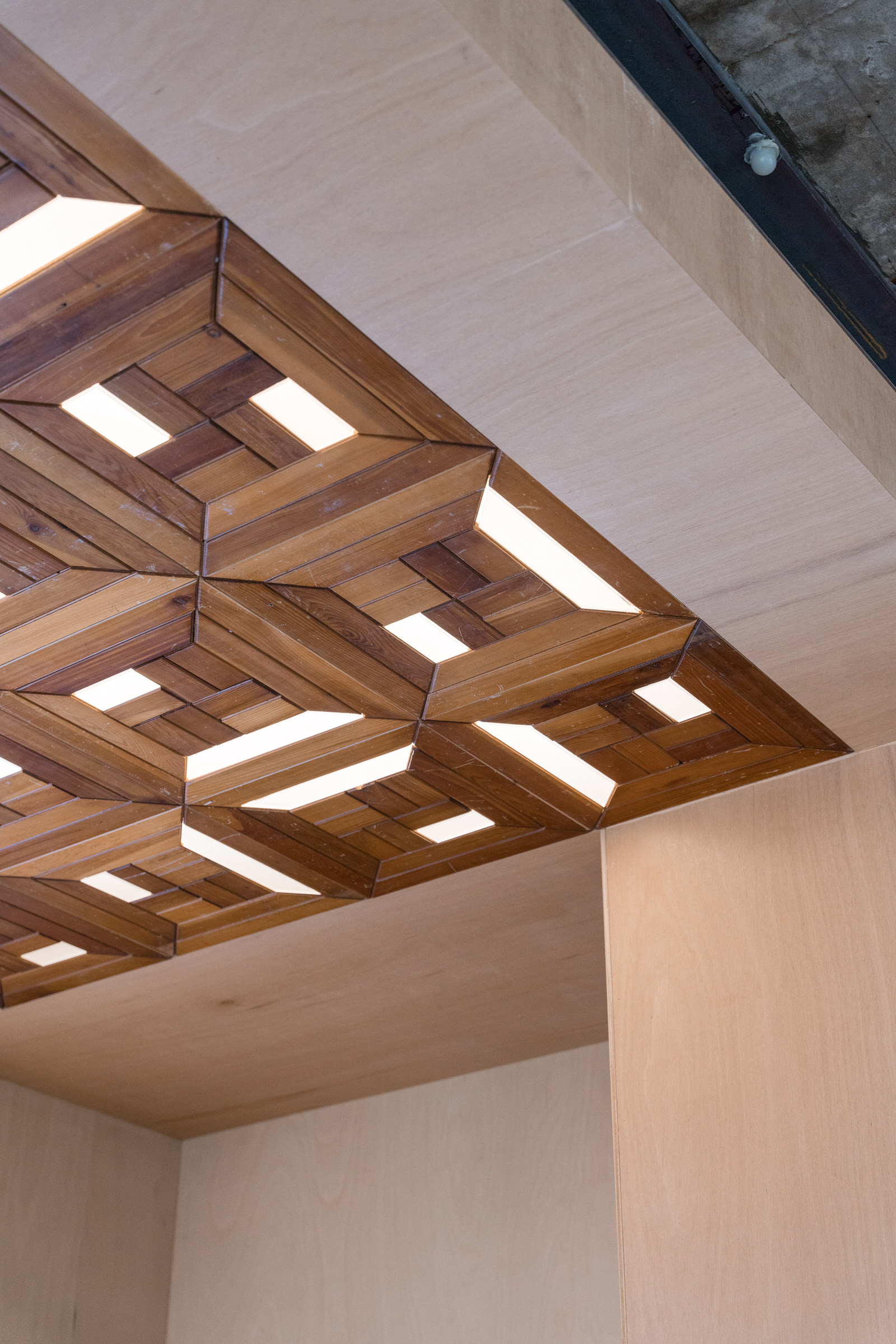 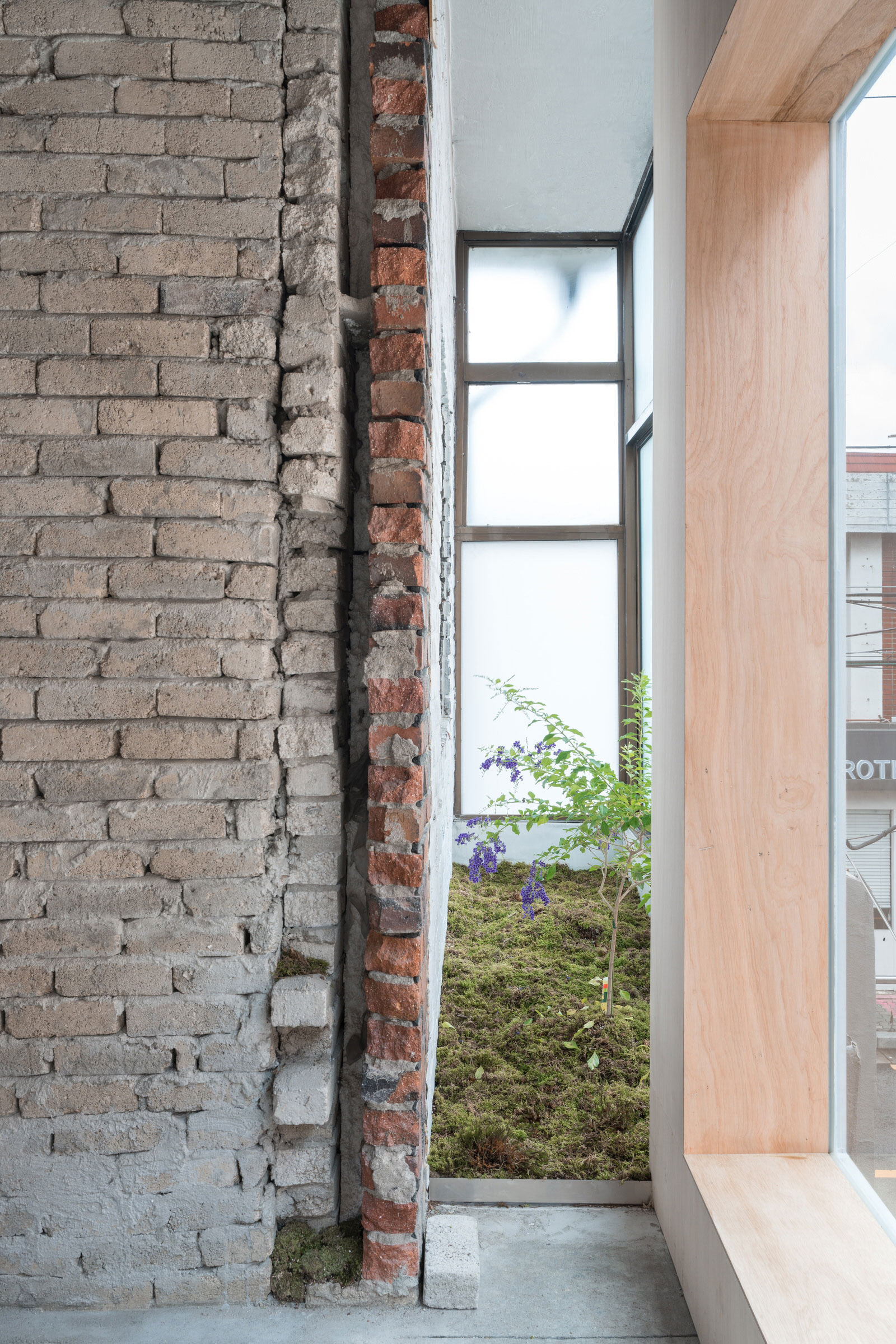 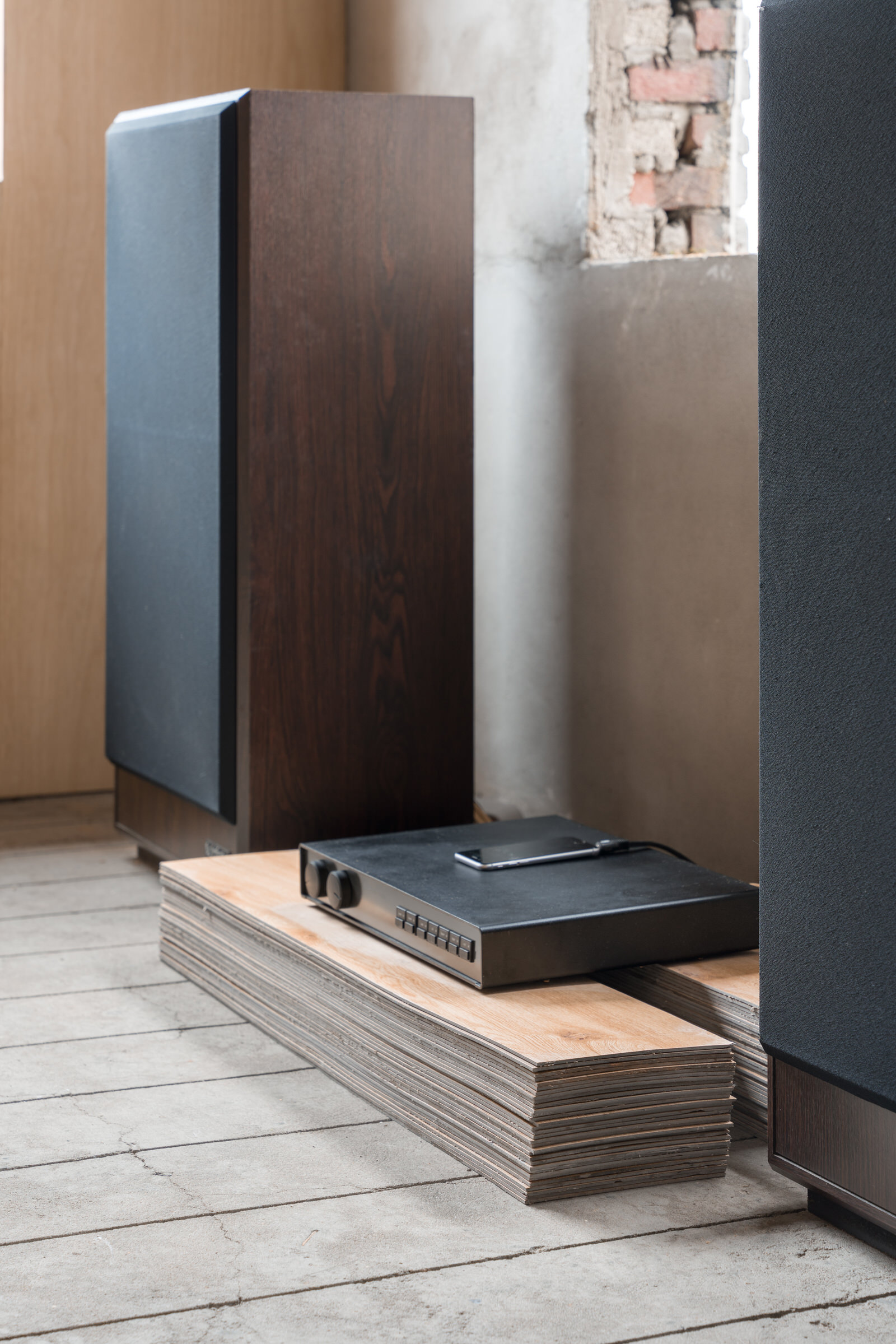 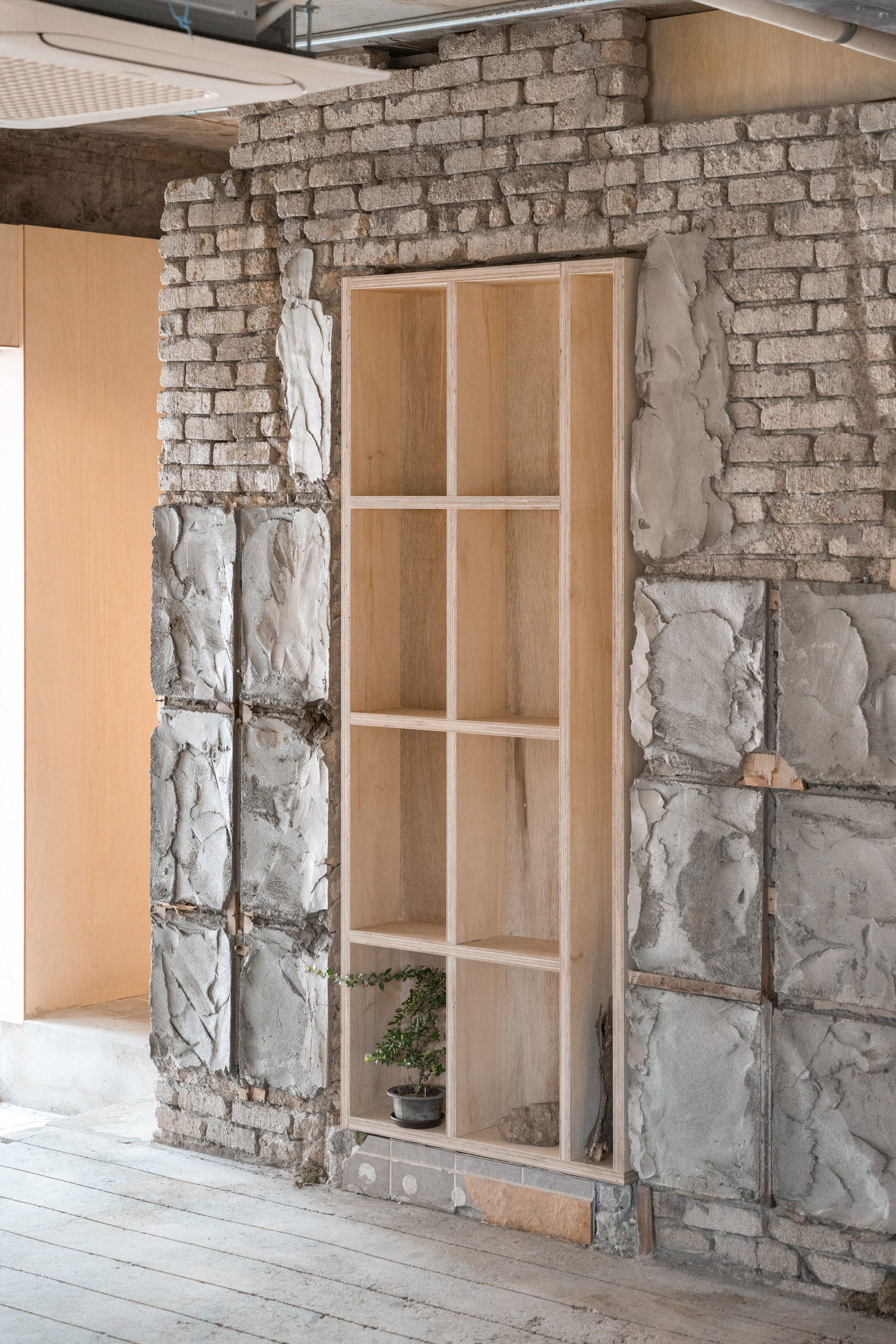 Upstairs, existing walls are partly demolished to visually connect the entire volume. Open and airy thanks to the large cut-outs, the walls now serve only as a furniture structure for the long tables that surround it. With the building’s history in mind, the team embraced domesticity by adding wallpaper, floor coverings and ceilings decorations throughout the fitout.

The grid of floorboards was carved into the floor, lighting was added to the ceiling and the window sash frame now adorns the counter. By recycling the existing materials from the demolition of the original shell, Workment has created an unexpected, unique and surprisingly serene atmosphere for Eert’s latest Seoul outpost.