Ever wondered how iconic music albums might look in minimalist form? A new print reveals all 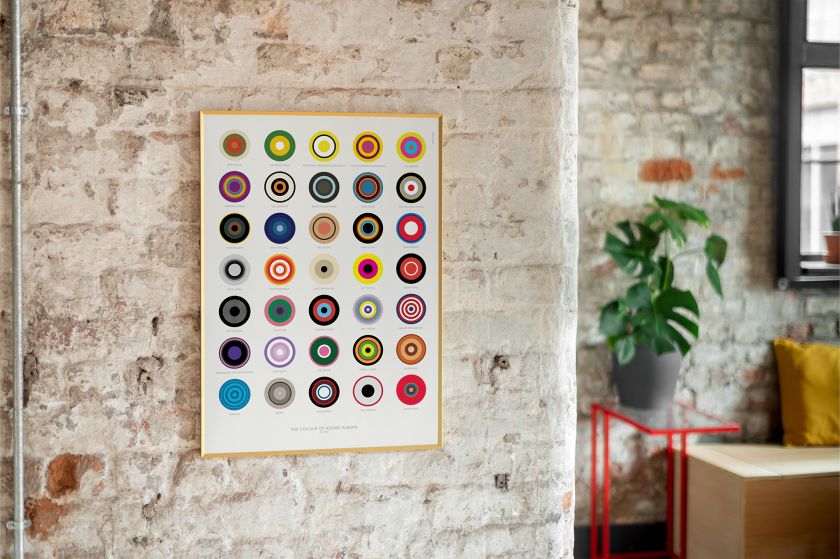 For those of us who had actual physical albums, whether tape cassette, CD or vinyl, it’s the covers we fondly remember the most. Whether Led Zeppelin or Joni Mitchell, the artwork was as important as the music itself. Now a new artwork by , available as a colour chart style print, references how these albums might look if reduced to a minimalist format.

Featuring 35 iconic album covers from bands and musicians worldwide, The Colour of Iconic Albums by takes us a trip down memory lane. There are reinterpretations of Pet Sounds by The Beach Boys, Sgt. Pepper’s Lonely Hearts Club Band by The Beatles, and The Miseducation of Lauryn Hill, amongst many others.

Why a circle? “The circle is a direct representation of the colour blocks that run down the side of an album,” says Oli Rogers, designer at Dorothy. “Fans of said albums will recognise this, but other people might miss this. The graphic discs are also inspired by the humble vinyl record, with the ring of colours becoming the grooves.” 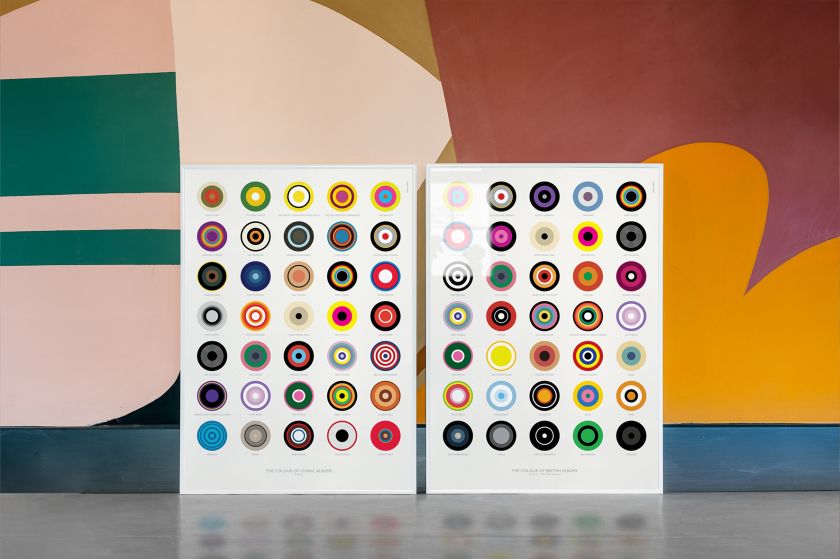 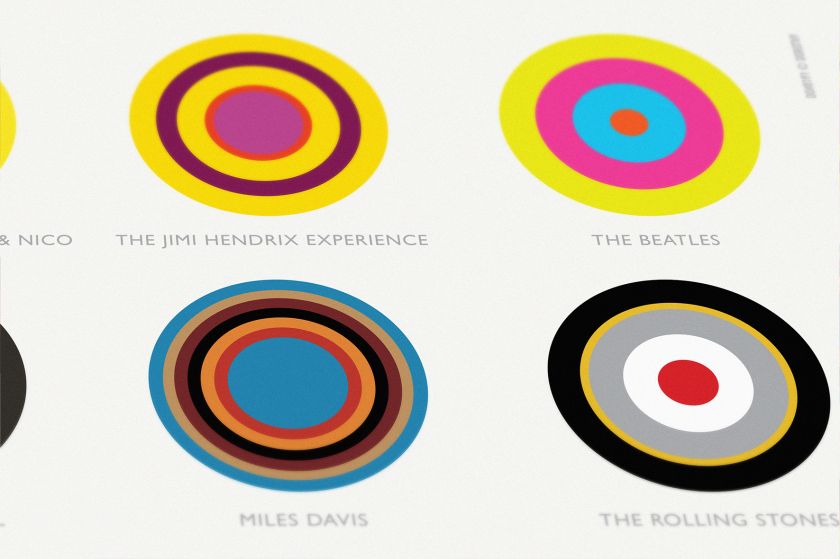 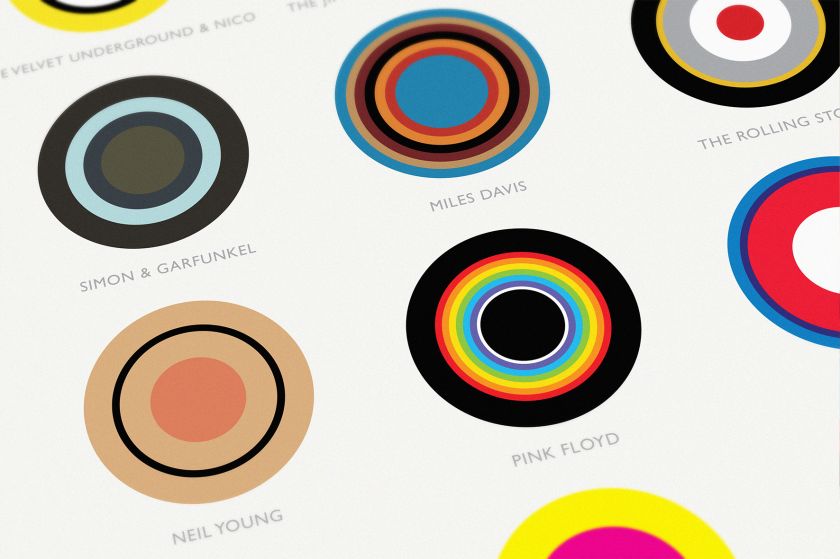 How many iconic albums can you recognise from their colour palette without knowing which album is celebrated? Nirvana’s Nevermind immediately makes sense, with its blue hues suggesting water and perhaps ripples. The shocking pink and electric yellow representing a Sex Pistols classic should also be pretty obvious. Does Oli have a favourite? New Order’s Power, Corruption & Lies, apparently.

“When studying art at school, I wanted to be the next Peter Saville,” recalls Oli. “I remember borrowing my Dad’s copy of Power, Corruption and Lies on vinyl and poring over the coding system down the right-hand side of the album for hours. I’m pretty sure I ended up ripping it off for an A-Level project I did.

“For the Power, Corruption and Lies disc, I experimented with using the reds, pinks and whites from the roses in the Fantin-Latour painting, but in the end felt it the code colours were more synonymous with the album cover for me personally. This was the case with a few of the designs, using colours that evoked the essence of the album rather than including every single colour on the cover, for example, the American flag from Born in the USA and the water from Nevermind.” 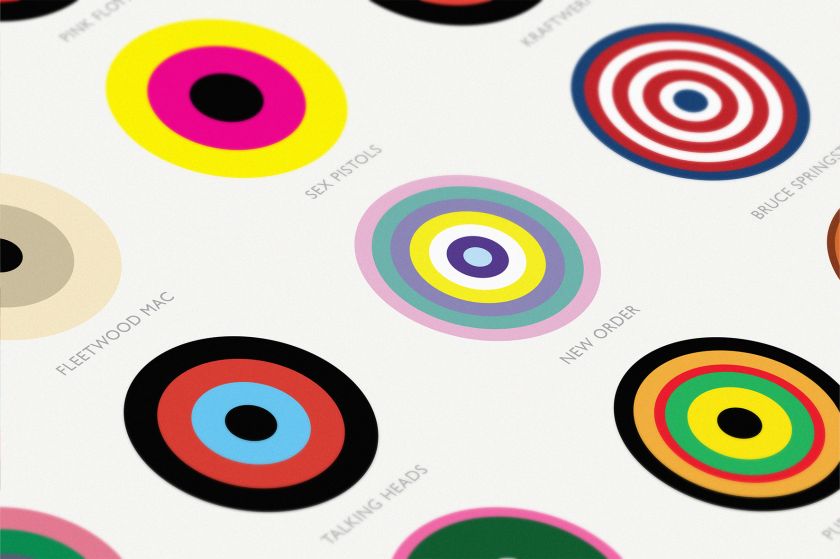 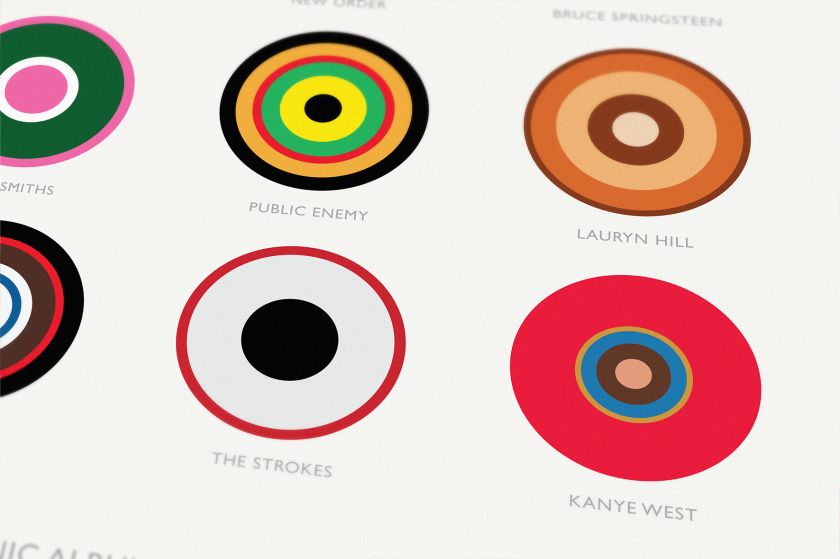 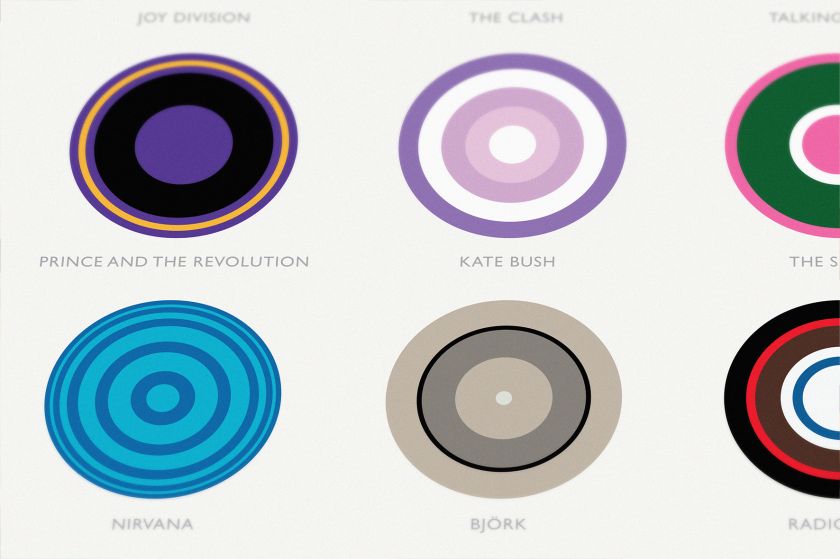 Oli adds: “It took a while to distil or argue our long-list down to just 35 iconic albums (honourable mentions to Paul Simon, Talk Talk, Animal Collective), but we think it’s a pretty strong group. And it makes a great playlist!”

is a four-colour litho print available to buy from Dorothy’s store for £30. For anyone interested, Dorothy has also designed a special edition titled The Colour of British Albums for their friends at British Music Experience, which features album covers by solely British bands. The not-for-profit museum is based in Dorothy’s hometown of Liverpool that celebrates the history of British rock and pop music from the 1950s to the present day. 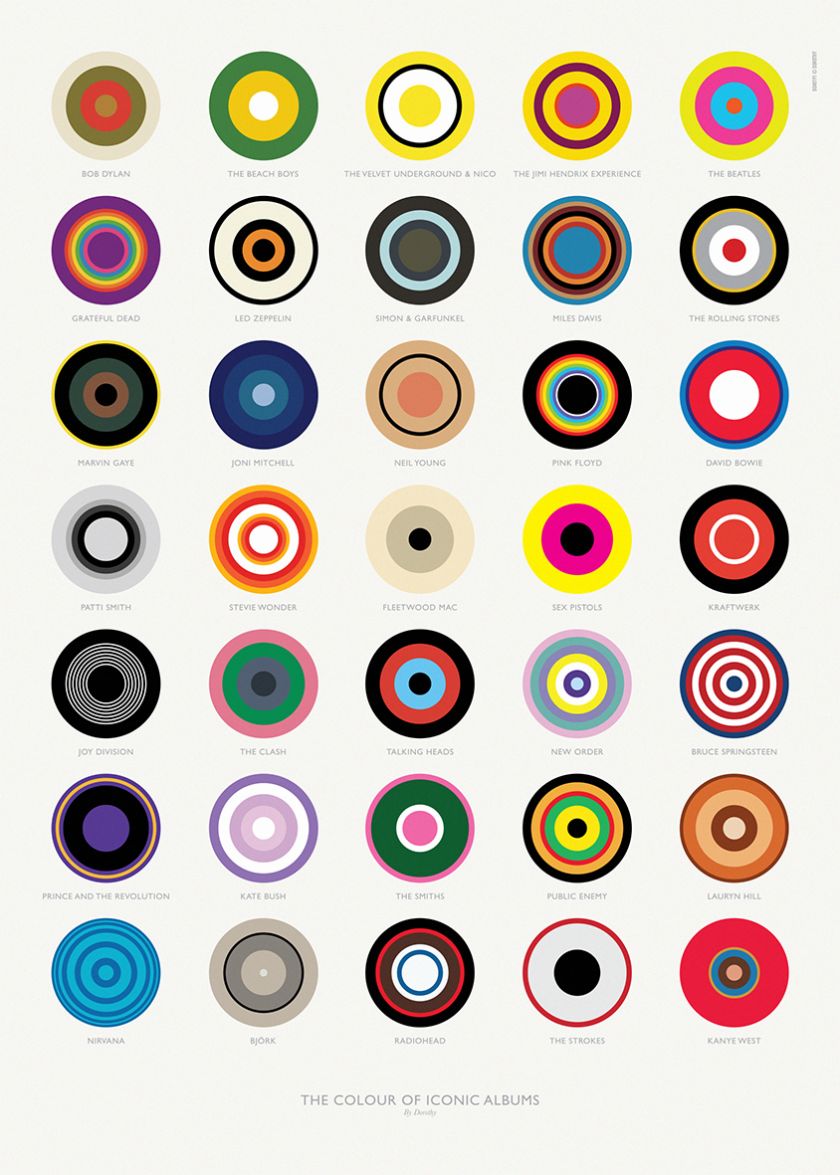