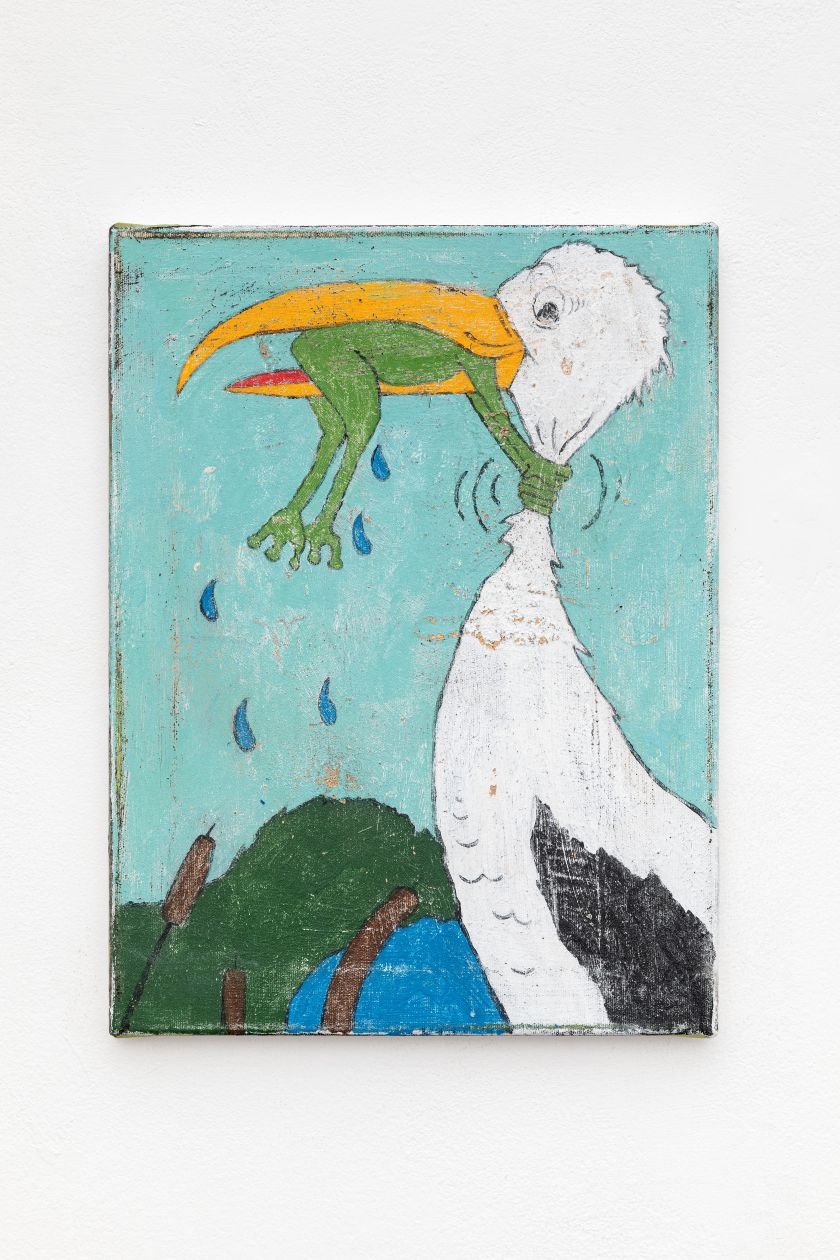 Portugal-based artist brings what he describes to be a “naive figurative” art style to the table with his paintings of dogs, birds, and a whole menagerie of other animals. But underneath his work is an appreciation for the talents of Outsider artists.

Former graffiti artist Ricardo Passaporte appears to find joy in the everyday. With interest in branding, advertising and commercialism, he first made a name for himself in Europe with paintings inspired by the popular German discount supermarket chain, Lidl. However, a quick glance at his website indicates that animals are currently a preoccupation for him. “Sometimes they are. It depends on the mood,” he tells Creative Boom.

Depicted in bright, airbrushed colours – a nice little nod to his tagging past – Ricardo’s images of animals have a playful sense of composition. We sometimes see them occupying unusual spaces and doing ordinary activities. Just take the painting of a cat poised to take a turn at the pool table. It’s all part of an art style that he describes as “naive figurative?!” 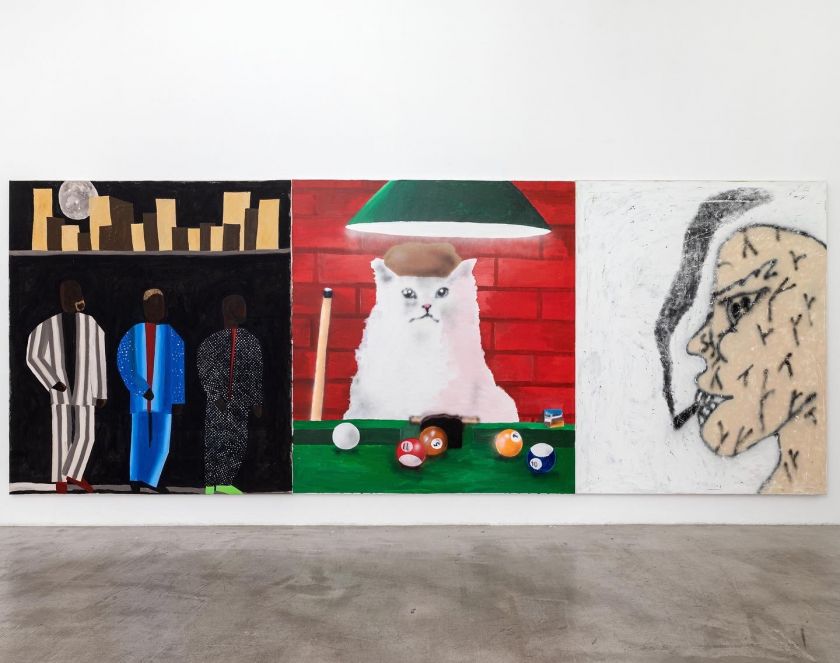 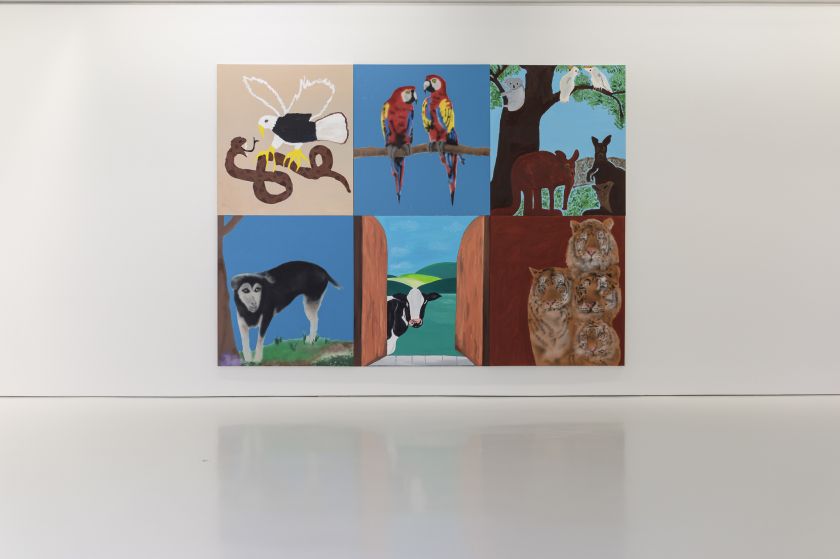 Yet despite this apparent – and deliberately constructed – naivety, Ricardo has an eclectic set of influences which have informed his style. These include the likes of Belgian Francis Alys, who originally trained as an architect, and Walter Swennen, known for his radical and associative approach to painting. The integrity of these artists, amongst many others, inspired Ricardo. “With the outsider artists, I feel them [to be] purer,” he explains.

Perhaps some of the rawness of Ricardo’s style comes from the fact that he did not originally study painting. Like his inspiration Francis Alys, he started out by learning a different discipline, but in his case, it was an MA in fashion design. “At that time, I thought I could learn much more [with] fashion design than in a Portuguese Painting class,” he reveals. 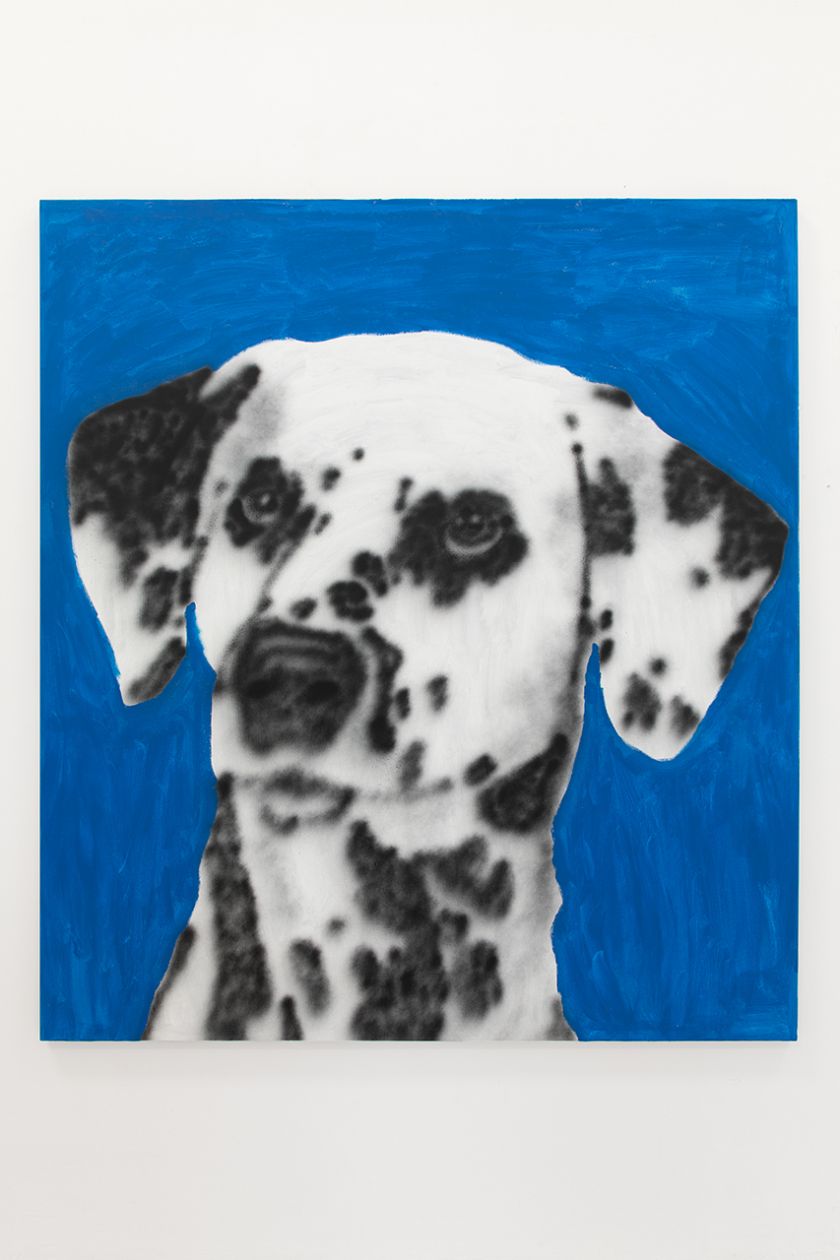 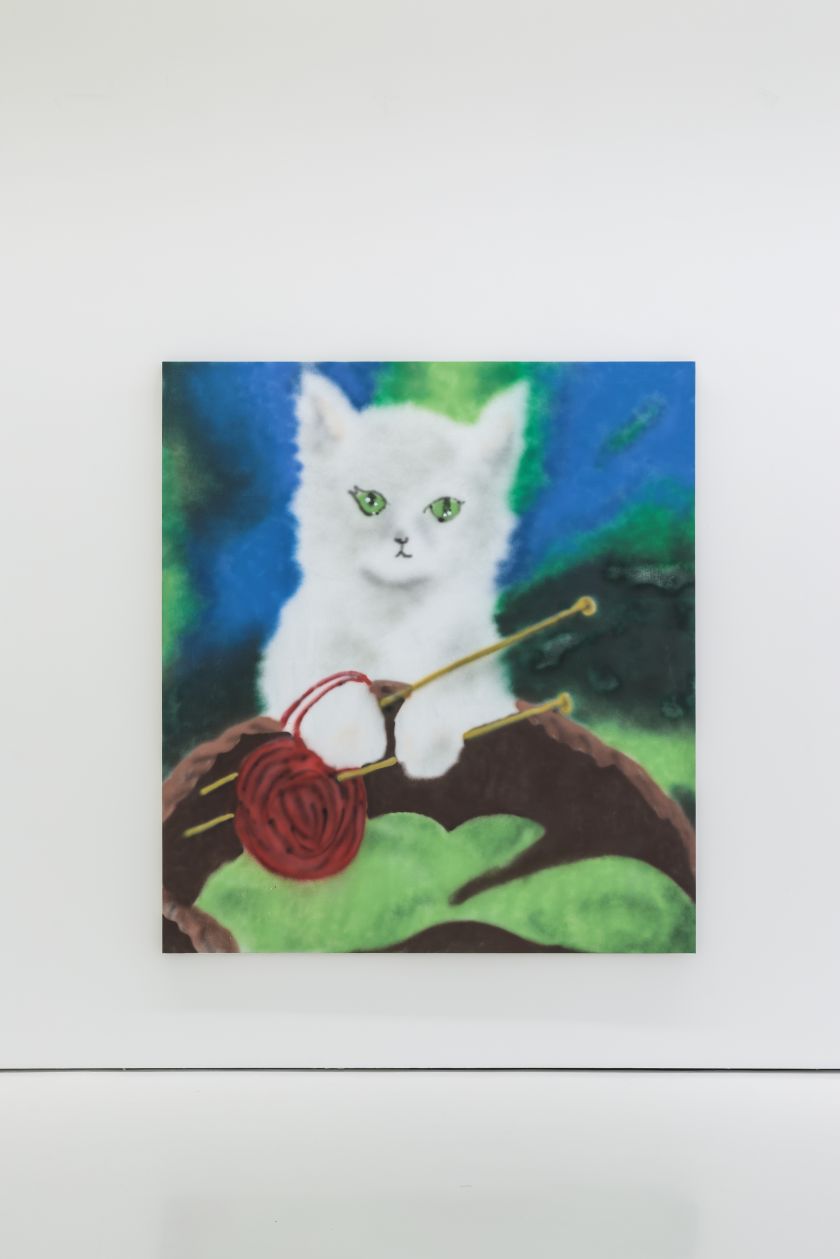 Art appears to run in his family too, so perhaps it’s a hereditary skill that didn’t require him to initially take formal lessons? “My grandfather was a painter, and my great grandfather was a photographer, I think that’s why,” Ricardo adds. “Or at least it was a nice boost.”

Considering that dogs of all breeds, from poodles to dalmatians, crop up regularly in Ricardo’s portfolio, it’s surprising to learn that they’ve fallen out of favour for him as a subject. Once a subject he found fun to draw – one of his exhibitions was even titled ‘If dogs don’t go to heaven, I want to go where they go’ – it sounds like their charm has worn off. 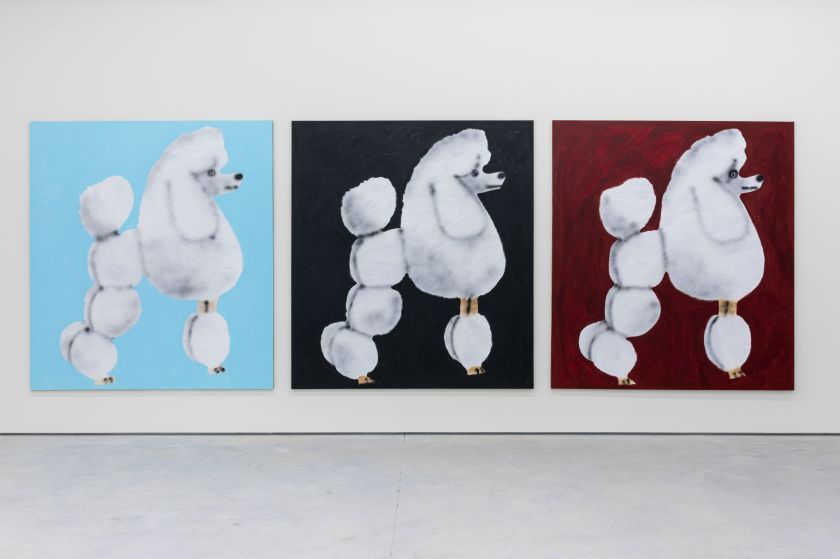