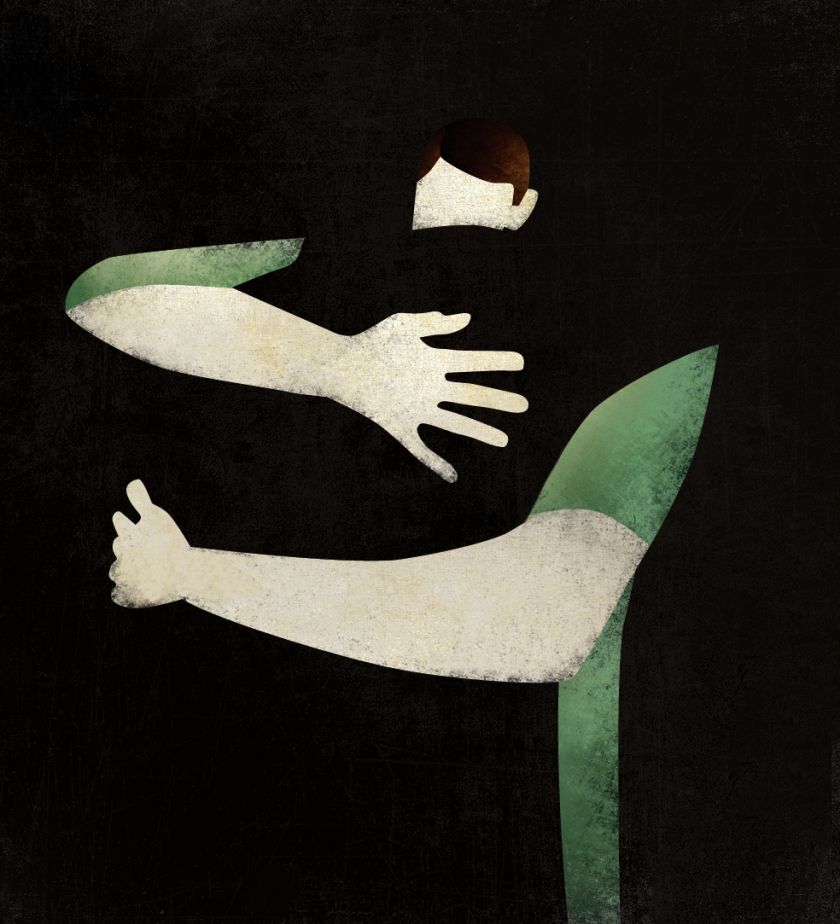 Professional Overall Winner: The Other US Epidemic © Fatinha Ramos

Antwerp-based illustrator and visual artist has been named the Professional winner of the World Illustration Awards for 2021, scooping the overall prize for her moving editorial piece on the subject of suicide. Here, we reveal more of her winning project, along with the rest of this year’s winners.

Every year, the partners with the to host the World Illustration Awards, bringing us inspiring work from some of the best artists and illustrators in the industry today. And this year is no exception. Despite a pandemic, the line of established and emerging shortlisted creatives has once again shown immense talent.

Fatinha Ramos scooped the overall prize in the Professional category for her editorial illustration for Scientific American and the professional category winner in Professional Children’s Publishing and in Editorial. She is among those to be announced this evening by the , including 20 category winners, spanning everything from advertising and book covers to children’s publishing and product packaging, 20 highly commended projects, four cross-category and two overall winners – all selected from a shortlist of 200 projects, drawn from over five thousand entries from 82 countries around the world.

Alongside the Portuguese illustrator is , who has been crowned overall winner in the New Talent category. The Brooklyn-based artist, who is represented by Dutch Uncle, is a graduate of the School of Visual Arts in New York and has Apple and Bloomberg amongst her many clients. Her winning piece, Cabinet of Curiosities, was for Atomix, a Korean fine dining restaurant located in Manhattan, and consists of twelve illustrations for menu cards to be served with a ten-course menu dish. “The menu cards are gifted to customers as a kind of souvenir, so I decided to create images representative of the Korean culture to make the cultural experience at the restaurant more memorable,” Dani explains. “The images were inspired by Sip-Jang-Saeng, ten or more Korean traditional symbols of longevity and prosperity of life in harmony with nature. I designed the menu cards in a way that each card can stand solely as an image, and when all twelve images are put together at the end of the entire course, they create a new image, a cabinet filled with the twelve symbols.”

Other New Talent winners include for Advertising and her illustration for Bernhard Müller GmbH. She was asked to create a series of illustrations of people and animals relating to furniture design in a “playful and imaginative way”. While was the Professional winner in the same category for a range of illustrated postcards to help promote the new film, Minari. “It’s the story of a Korean-American family trying to build a new life,” she explains. “The brief was to bring nostalgic Americana mood and Asian immigrant experiences together. Iconic American paintings by Andrew Wyett and Norman Rockwell as well as the heroic image of James Dean were used as references.” 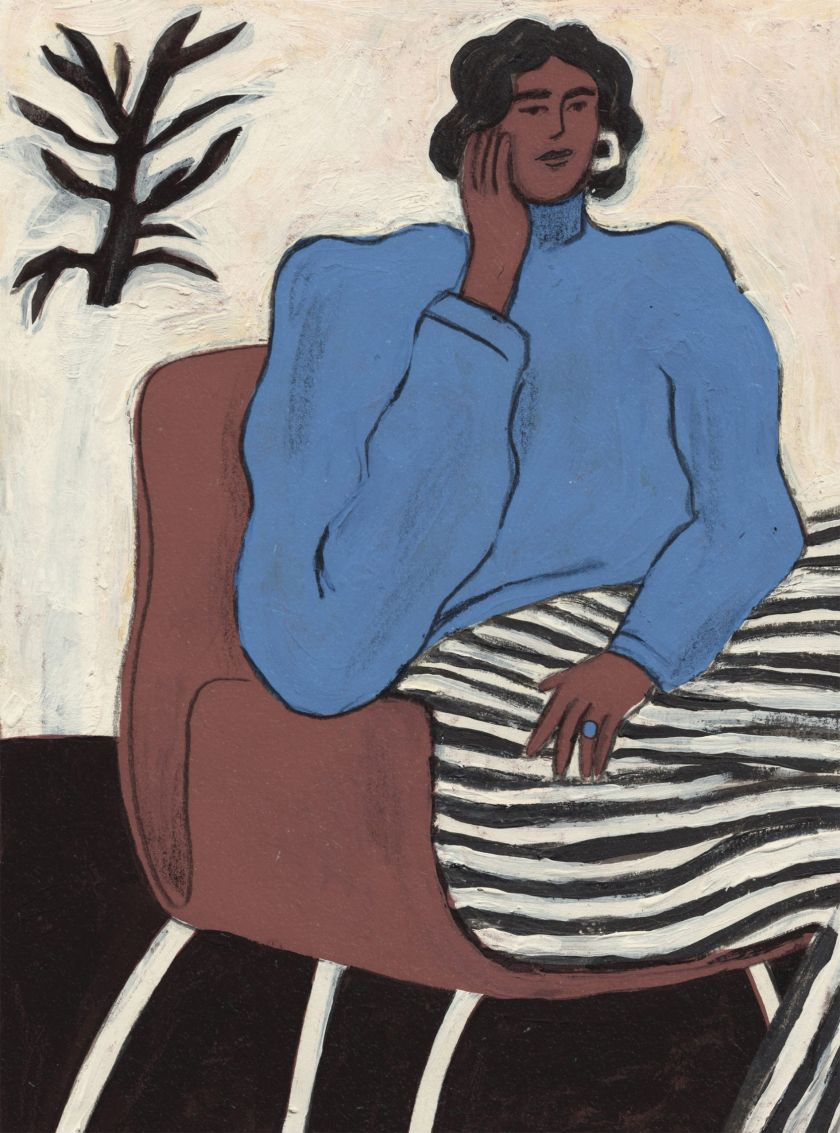 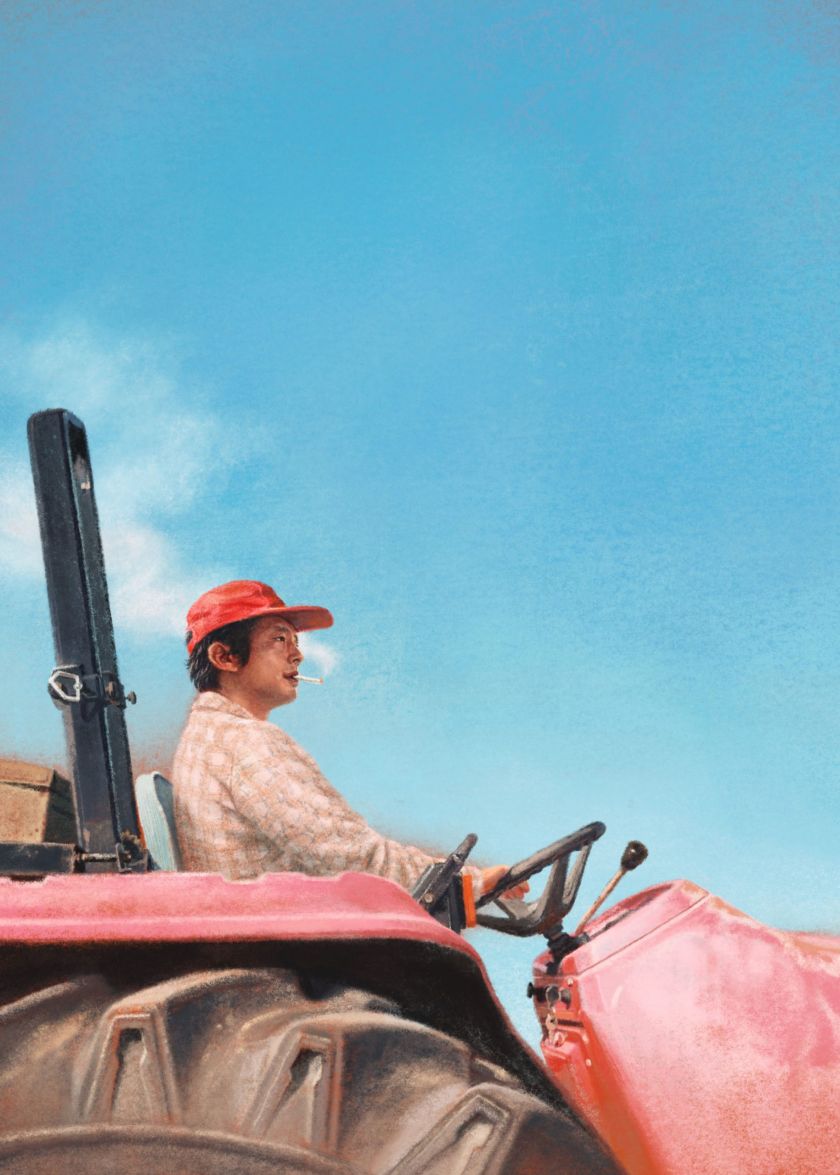 Under Alternative Publishing, London-based illustrator and host of On Design podcast was also recognised for her project, Living with Endometriosis for WeTransfer’s WePresent platform. “The comic presented a new and engaging way of opening up a discussion about chronic conditions and mental health struggles,” she says. The piece was well-received, with women getting in touch with Justyna to express how much the work resonated with them. In the same category, Amy Moss won the Professional award for her From London Heading South zine.

In the Editorial category, found success as the New Talent winner for her personal illustrations she made during the pandemic: “Spending almost a whole year at home, I found I spend much less time on shopping. The feeling of not adding new things to my life made me want to make some works to satisfy my shopping desire. So I combined things I want to buy and put them into my illustrations,” she explains. 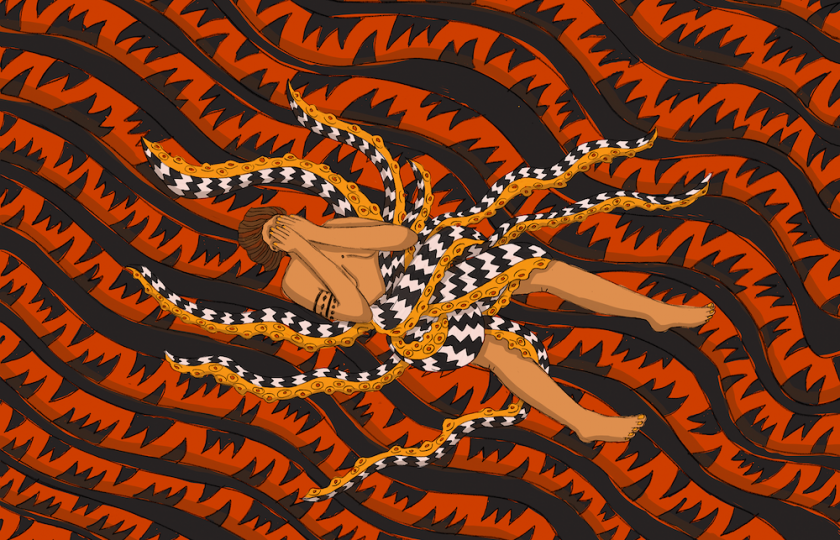 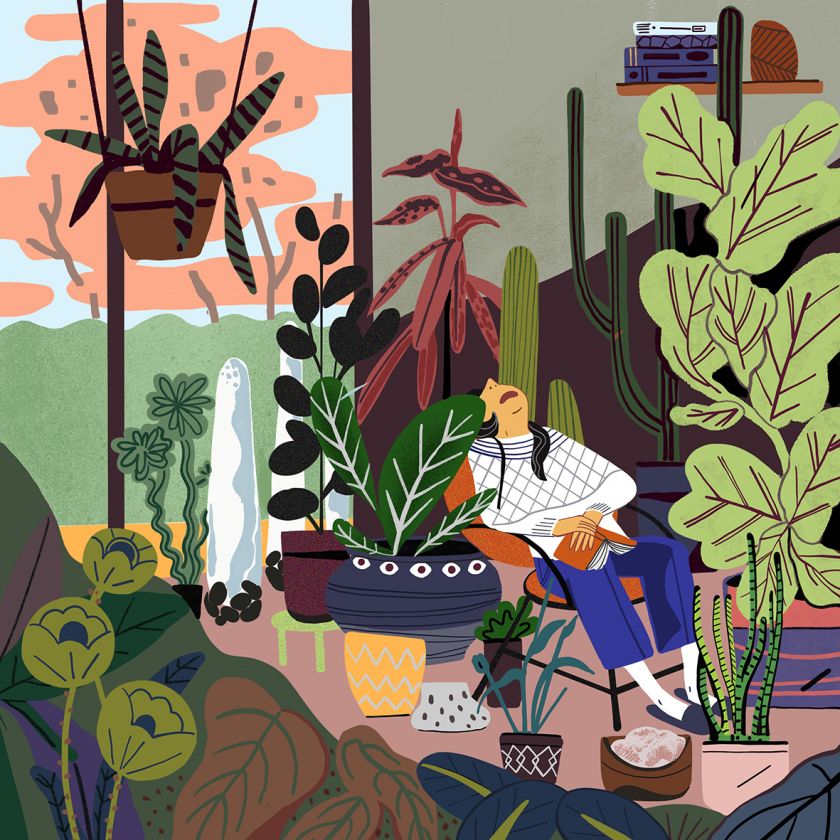 Another creative to explore the impact of lockdowns was , an illustrator and storyteller based in Taiwan and the UK. He created a beautiful series titled Days Spent in Isolation. His work helped him win the people’s choice category, officially named AOI Members Award Winner. “Under the impact of Covid-19, I have spent an unusually vast amount of time indoors, which I have used to self-reflect and explore ways to convey my experiences through various visual metaphors. Emancipating ideas and directing my emotions out from my body is both a meditative and healing condolence for me during this strange time,” he says.

While Maryam Khaleghiyazdi was named the Professional winner in the Exploration category for her Morphing Shadow artwork, was named the New Talent winner in the same field. His Portraits of Westlake impressed the judges for a series of illustrations that investigates the “impact of gentrification on the neighbourhood of Westlake, Los Angeles, and the ways local families and businesses are adapting to the many changes in the community,” as Dominic explains. “Emphasis is placed on the ways tradition and innovation intersect when people are trying to survive.” 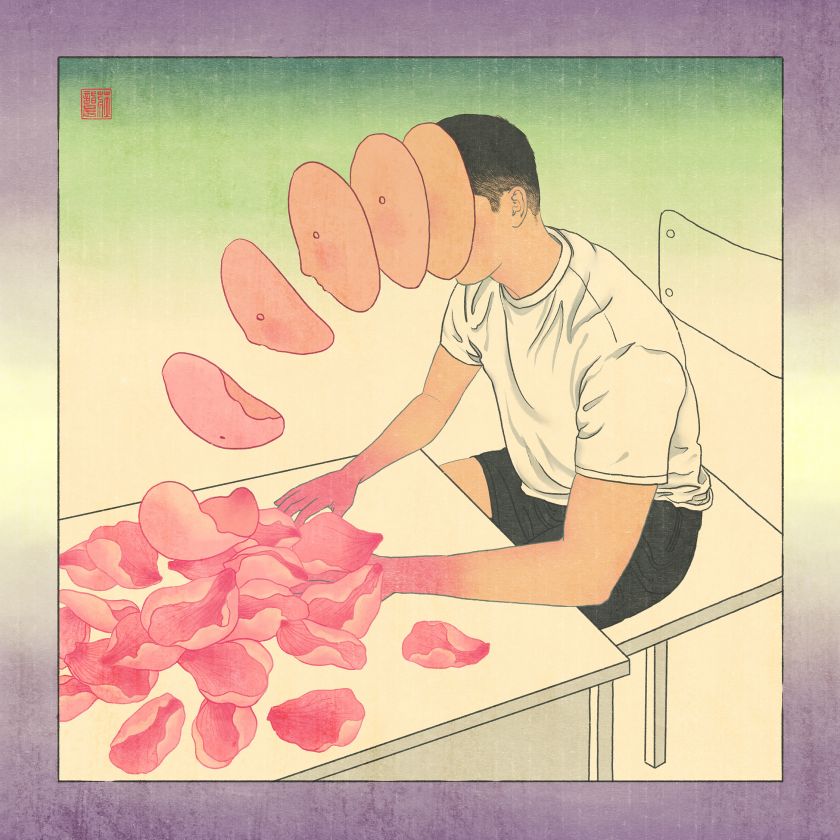 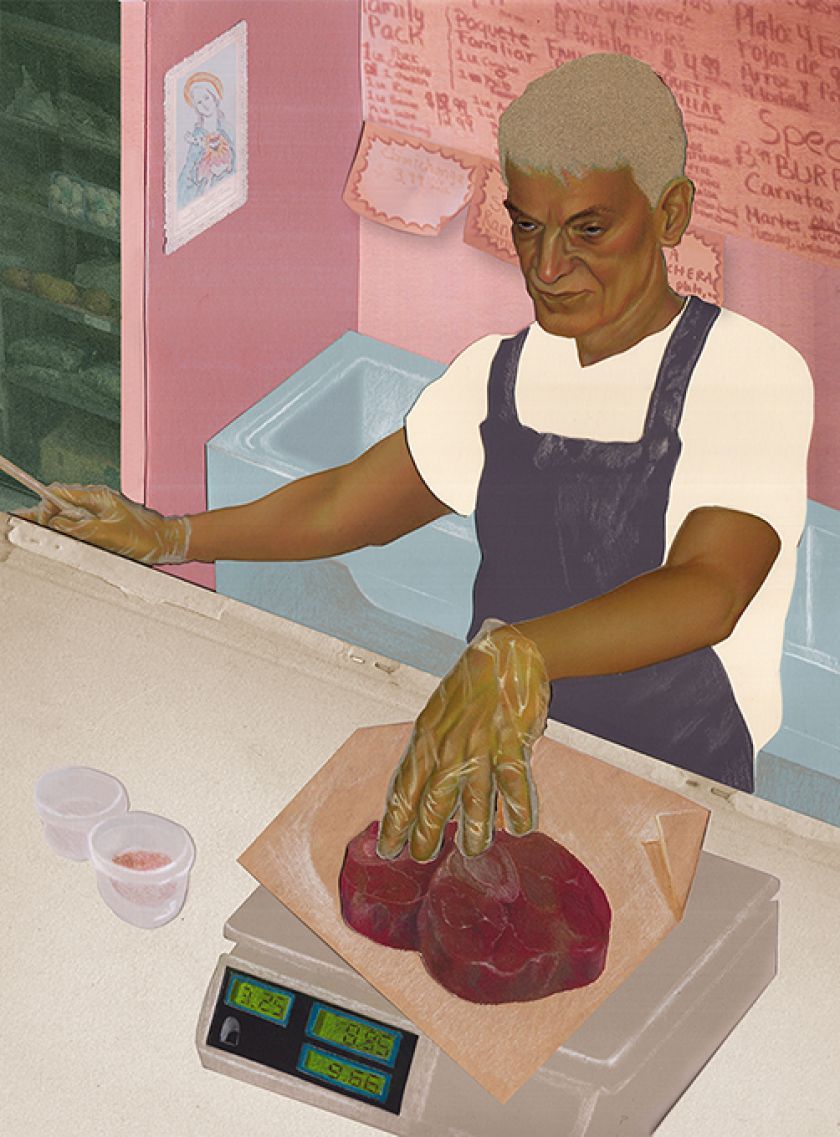 Elsewhere, the Innovation Award and Professional Science & Technology prize went to for his Typographic Bacteria – a pretty timely project given the last two years. “When the first lockdown hit, all of my freelance projects dried up for two months,” he says. “This gave me time to experiment. This series was one of those experiments inspired by the constant news reports on Covid-19. Politicians, scientists, and the media had so much to say about the virus that I thought, why not give the pandemic its own voice by injecting it in typographic bacteria and listening to what it has to say?”

Argentinian illustrator , meanwhile, won the DI Award Winner and was crowned overall Professional in the Exploration category for her own Personal Exploration project. She used photos of different parts of flower petals, seaweed, and other natural textures – precious stones, fruits, sweets and 3D vector shapes to create a series of artworks that later became prints.

The winners were announced during an online ceremony by the AOI this evening. You can discover more at or follow the awards on . 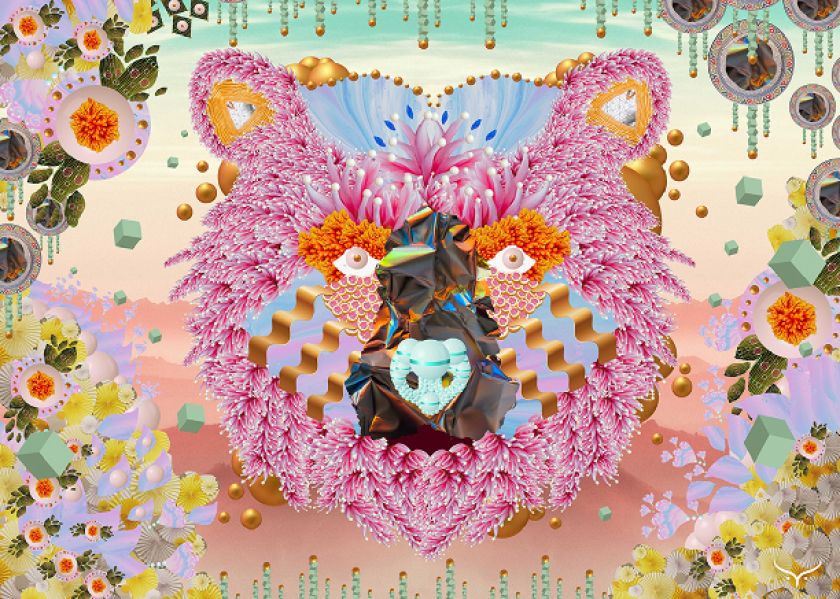 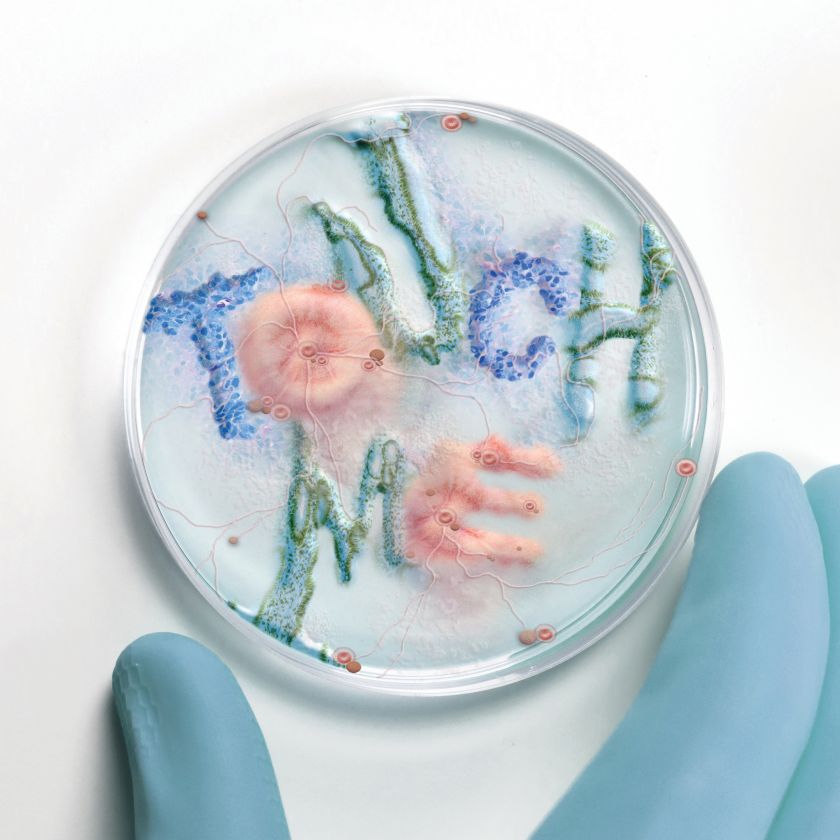