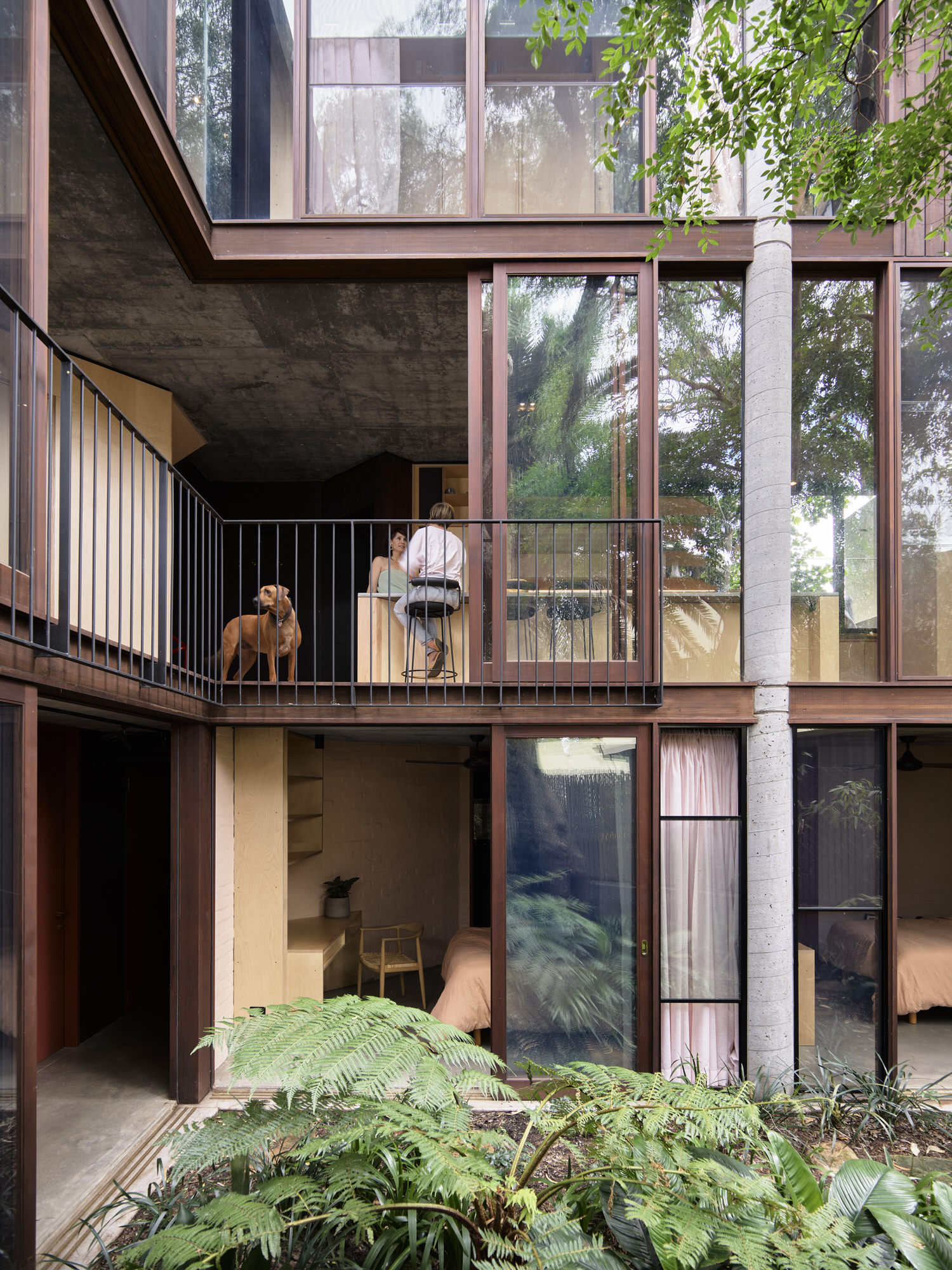 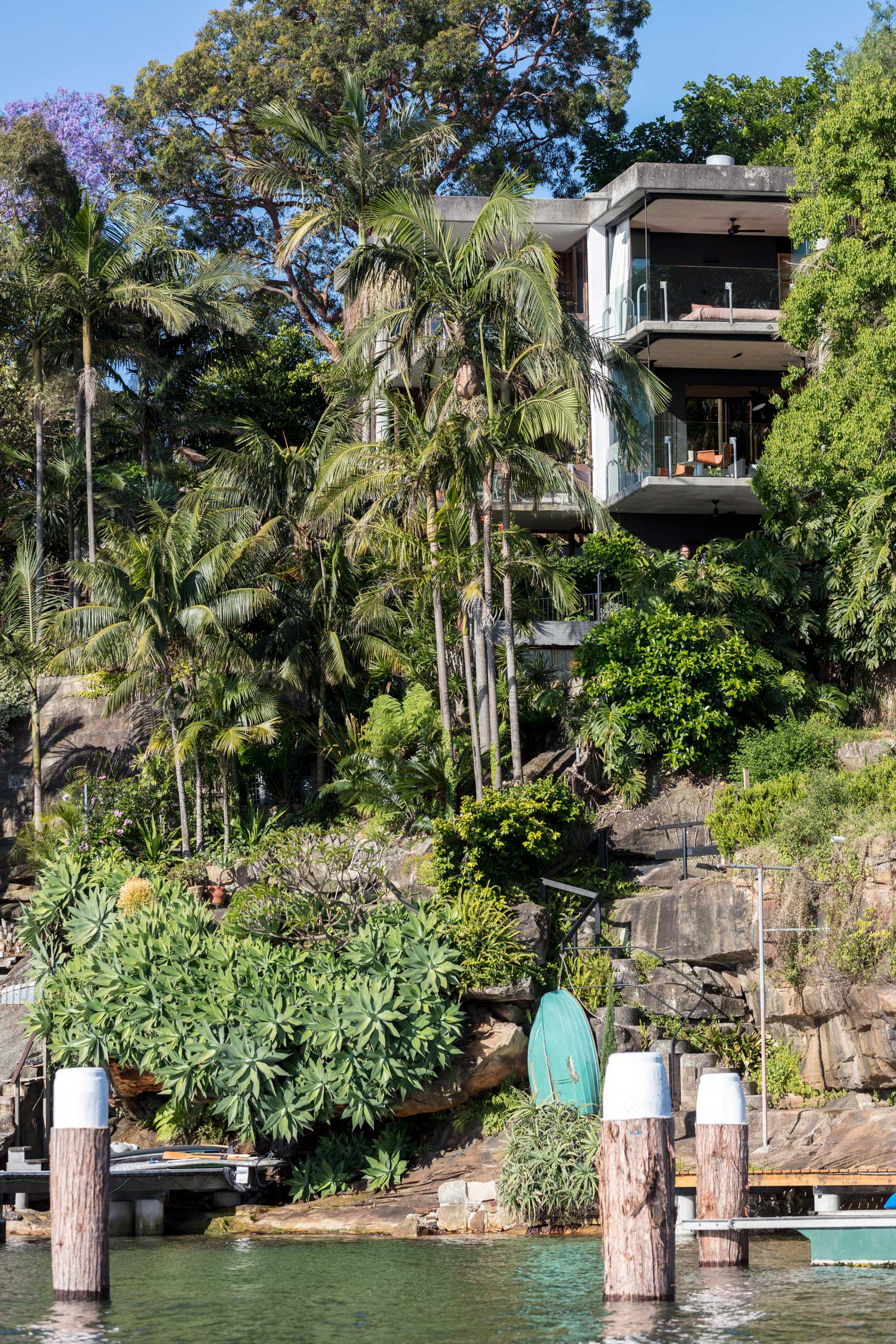 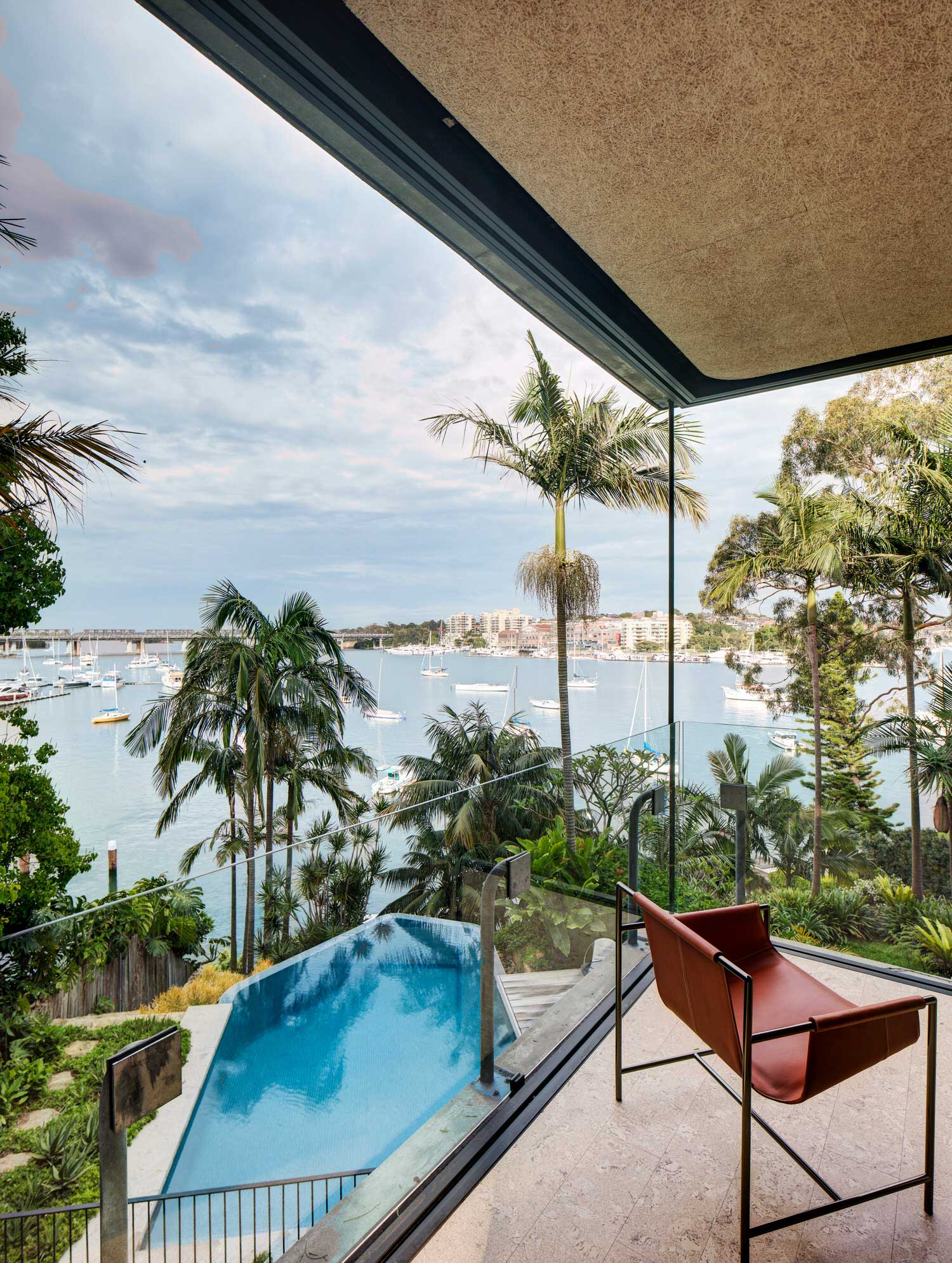 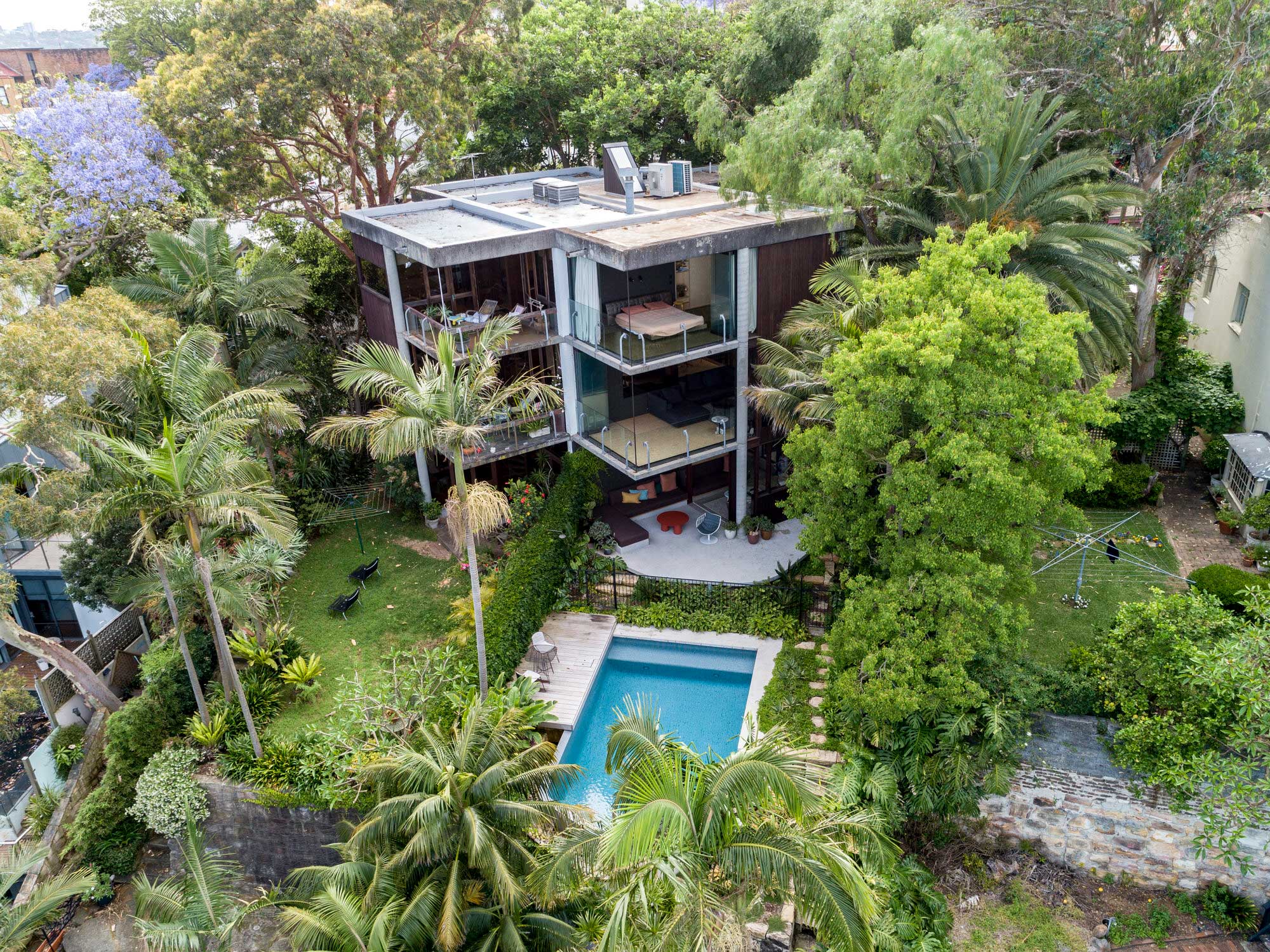 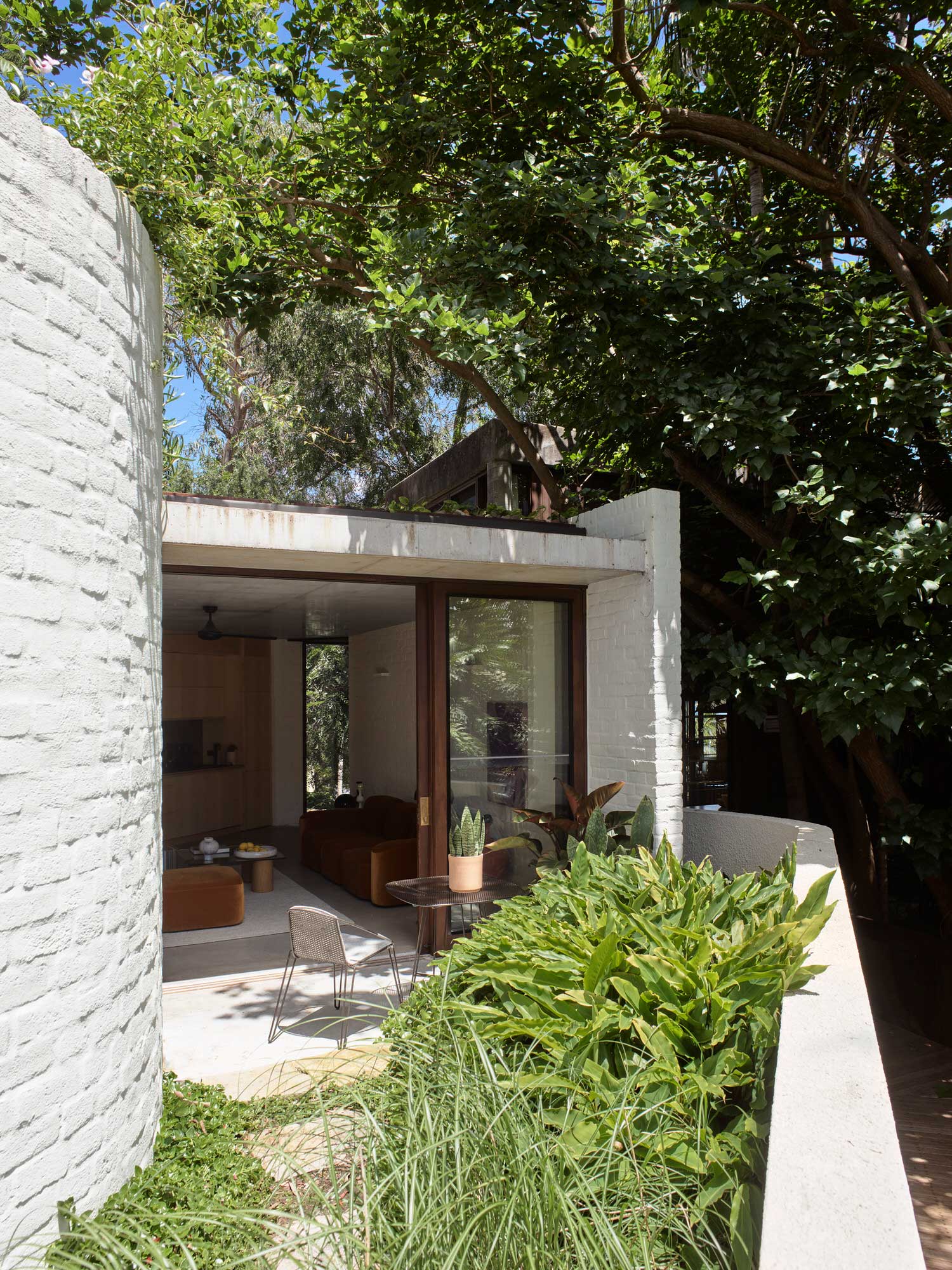 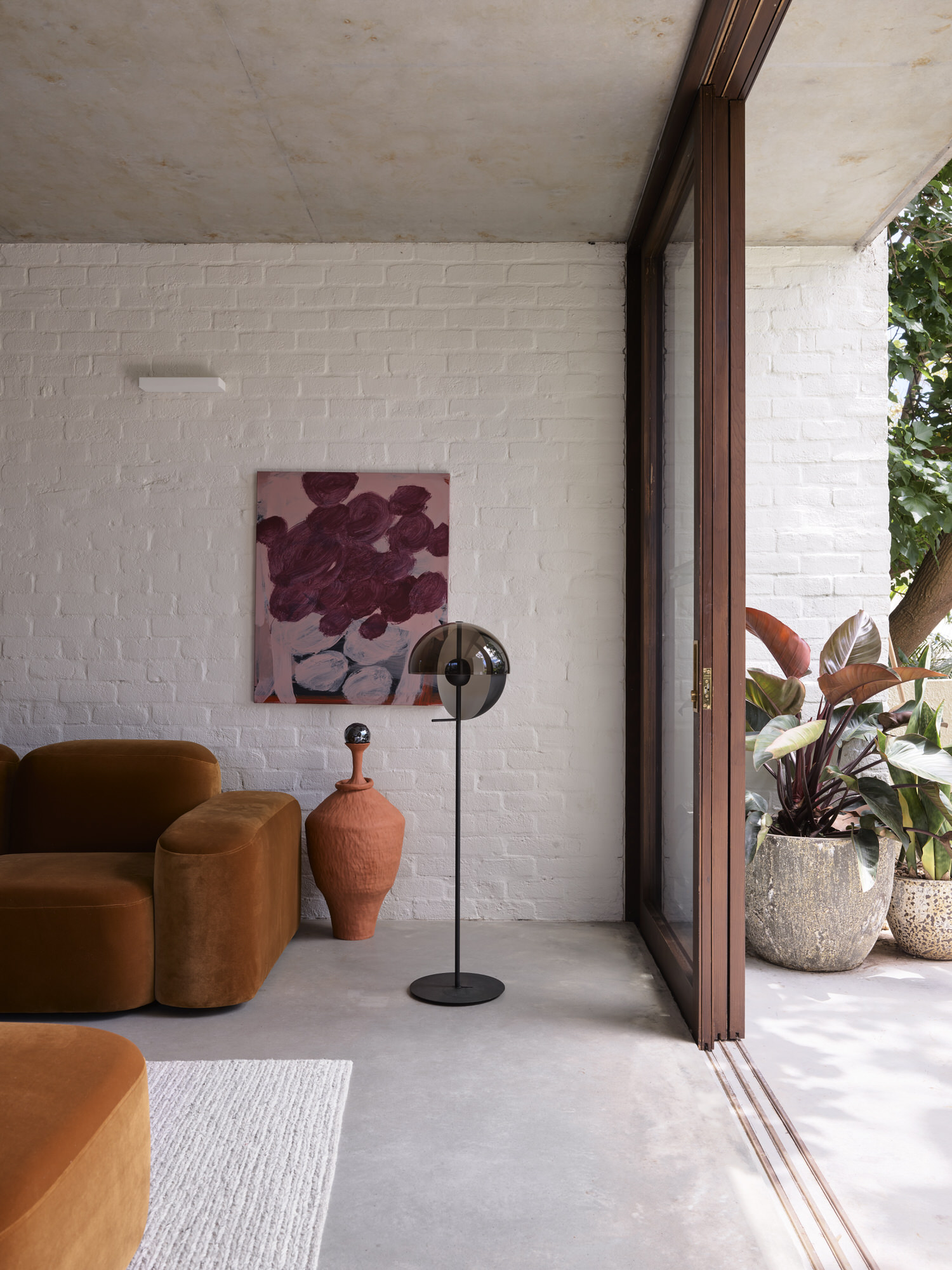 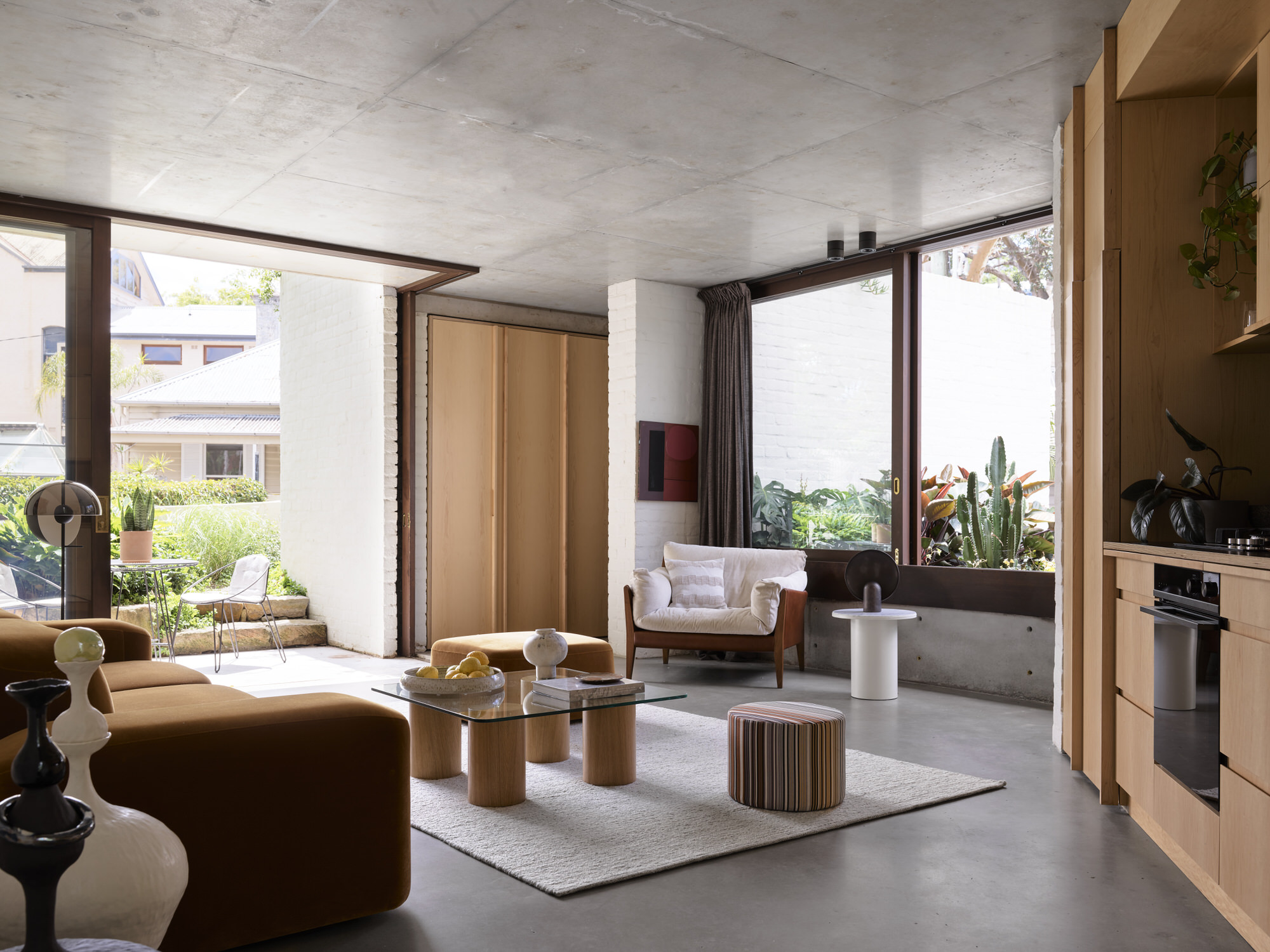 Co-director of , Conrad Johnston’s new home in Balmain, may have just awakened my love and appreciation for 70s architecture. This is Sir Roy Grounds House (otherwise known as SRG House), appropriately named, given that it was once occupied by Roy Grounds himself. The original unit was part of a pair realised from Roy’s sketches by architect Stuart Whitelaw and went through several owners who also brought upon their additions, leaving the property riddled with niches characteristics that charmed Conrad and his wife Katrina. Since the acquisition, the house with local heritage significance has been rejuvenated to an enviable three-storey multigenerational home, with views fit for a yacht-sailing enthusiast family.

Formerly known as No. 8, SRG House was commissioned by Roy’s son, Marr Grounds. A sculptor and architect himself, Marr requested Whitelaw to oversee the development of a pair of units within the topographically challenging terrain. The design resulted in two houses, one sitting in the northern end and No. 8 sitting in the south angled at the street front to make the most of the harbour views. This also created odd tangents and geometries within the unusual interior of the concrete column and slab structure. By the time the Johnstons purchased the house, a garage was added facing the street-front, and time-worn interiors and mechanical services needed repair. 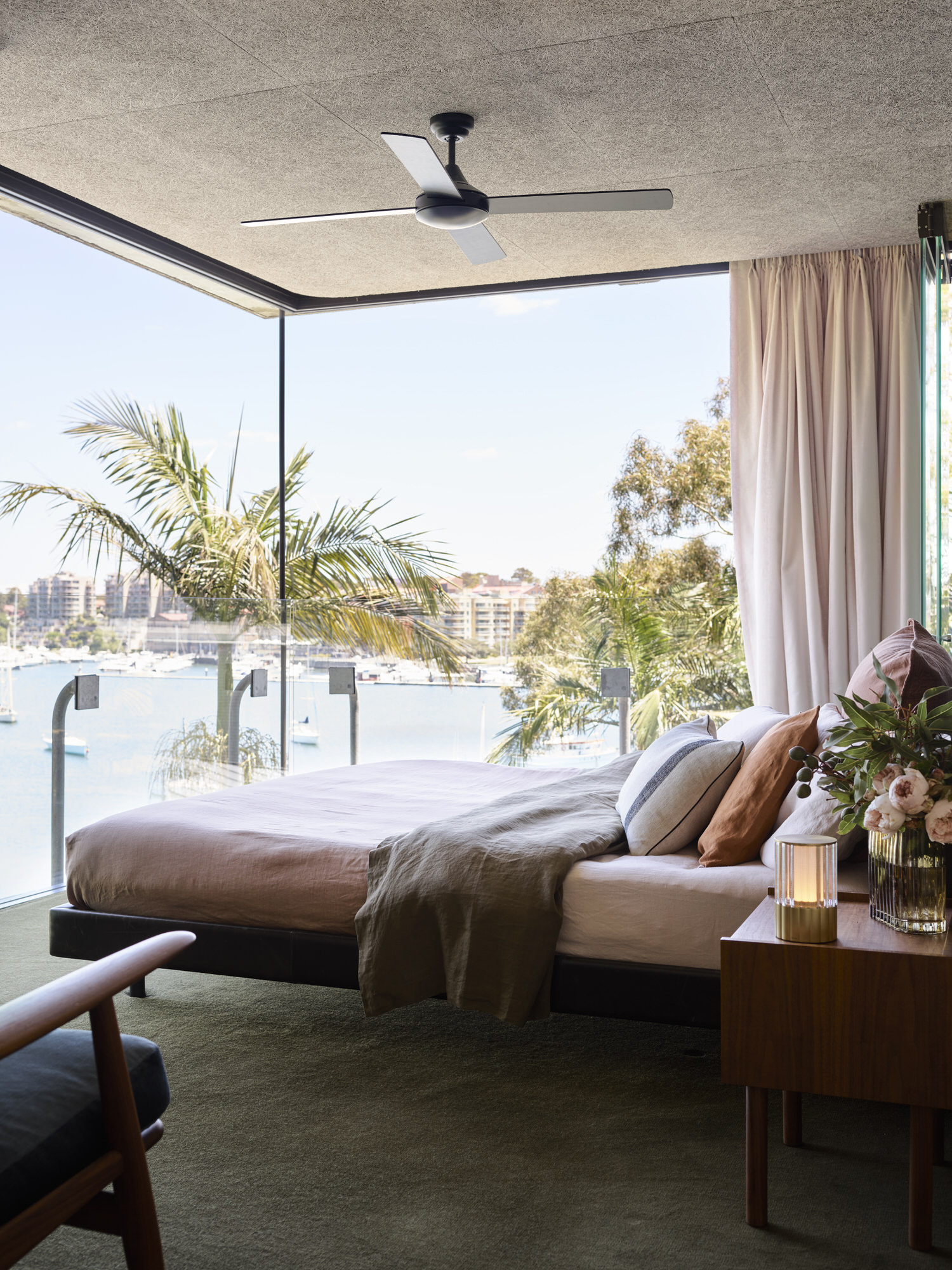 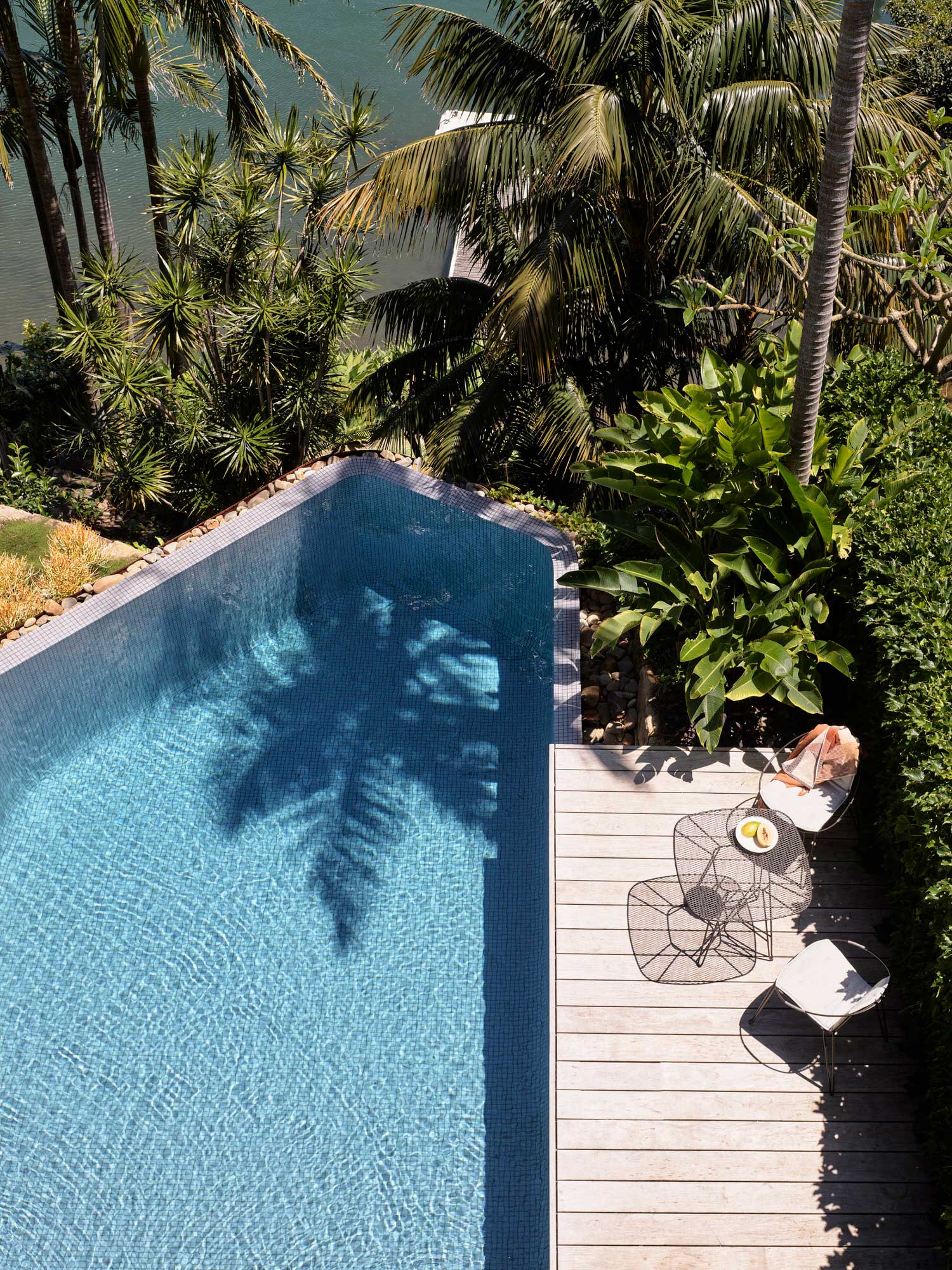 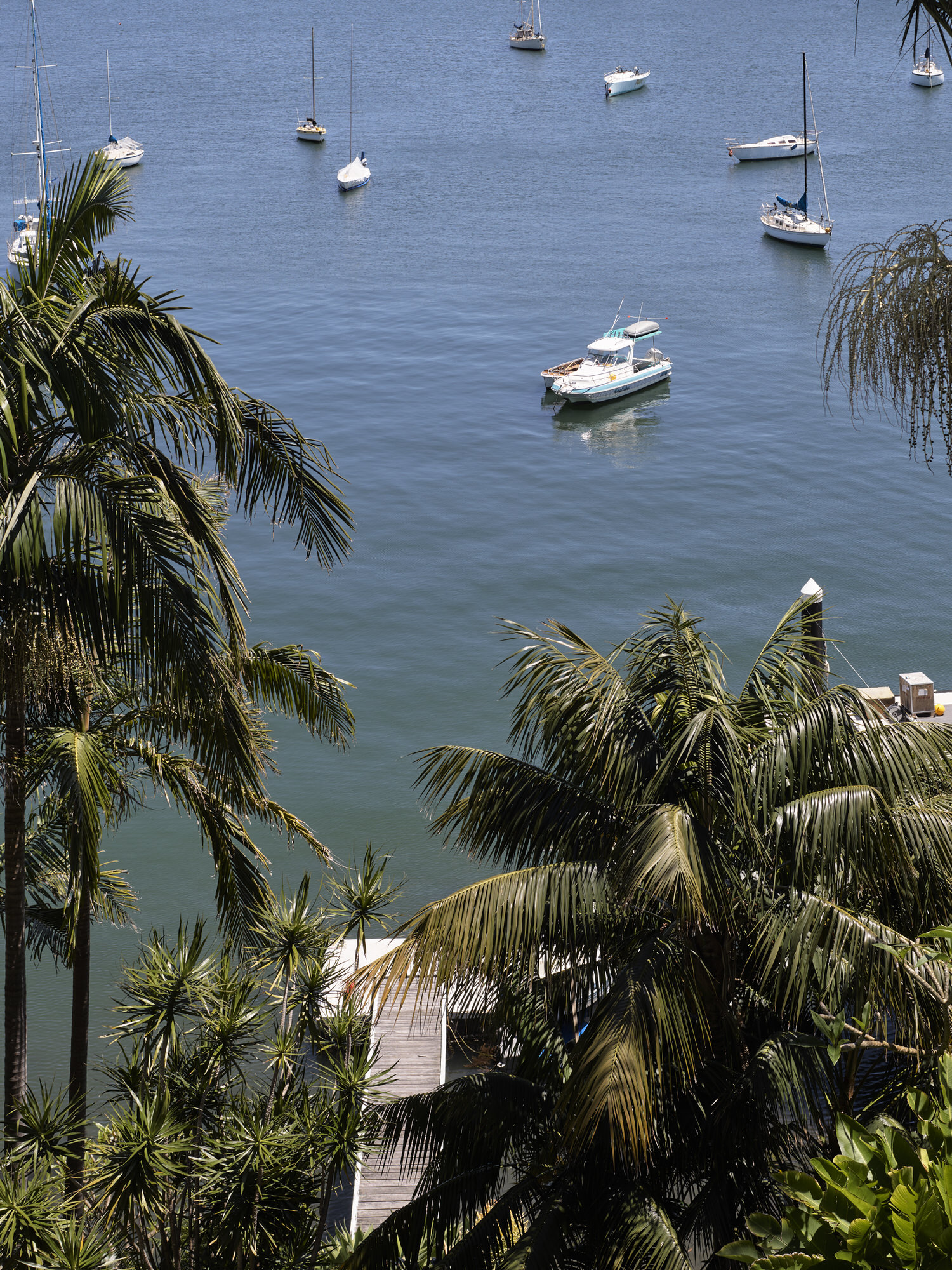 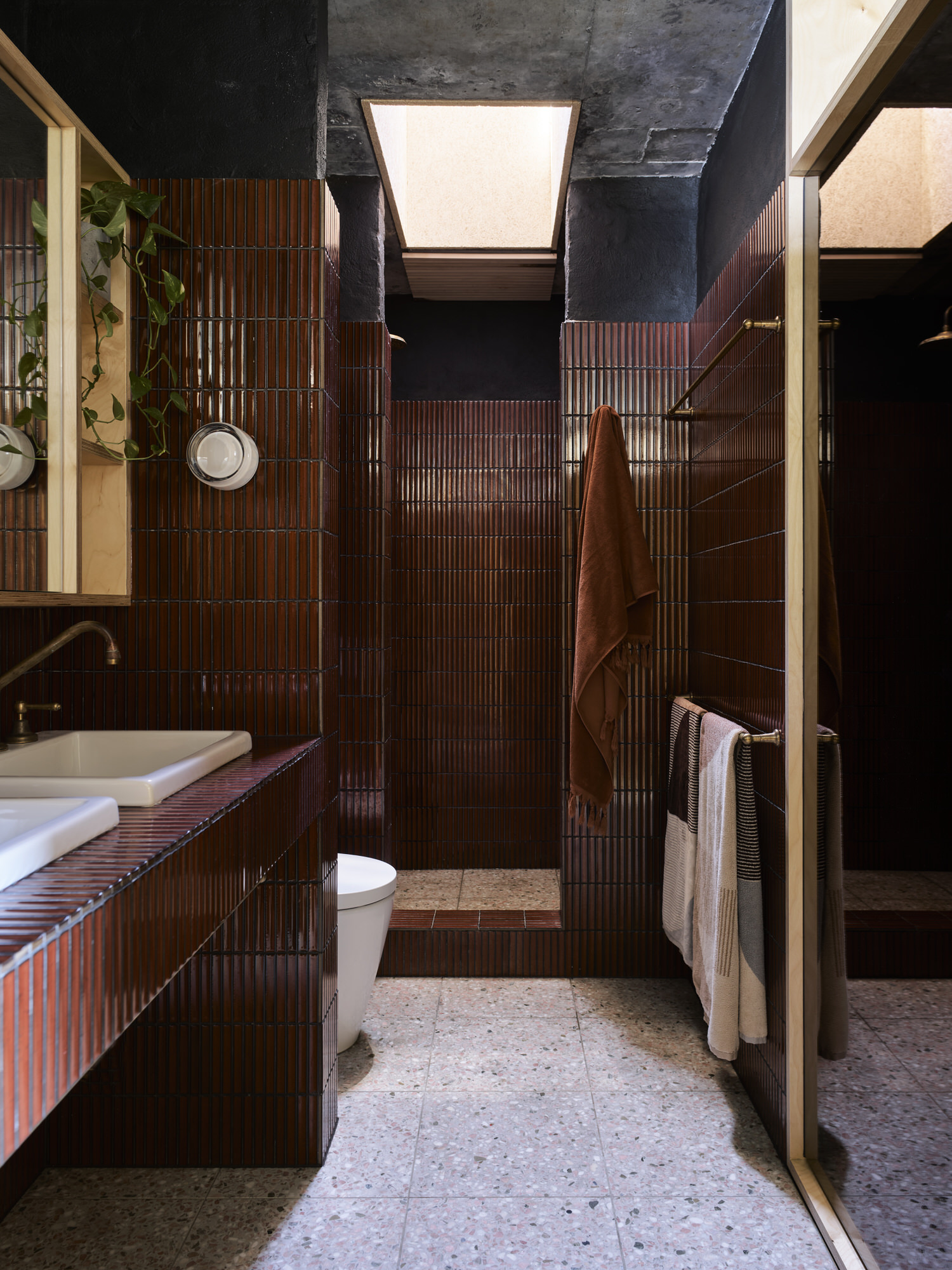 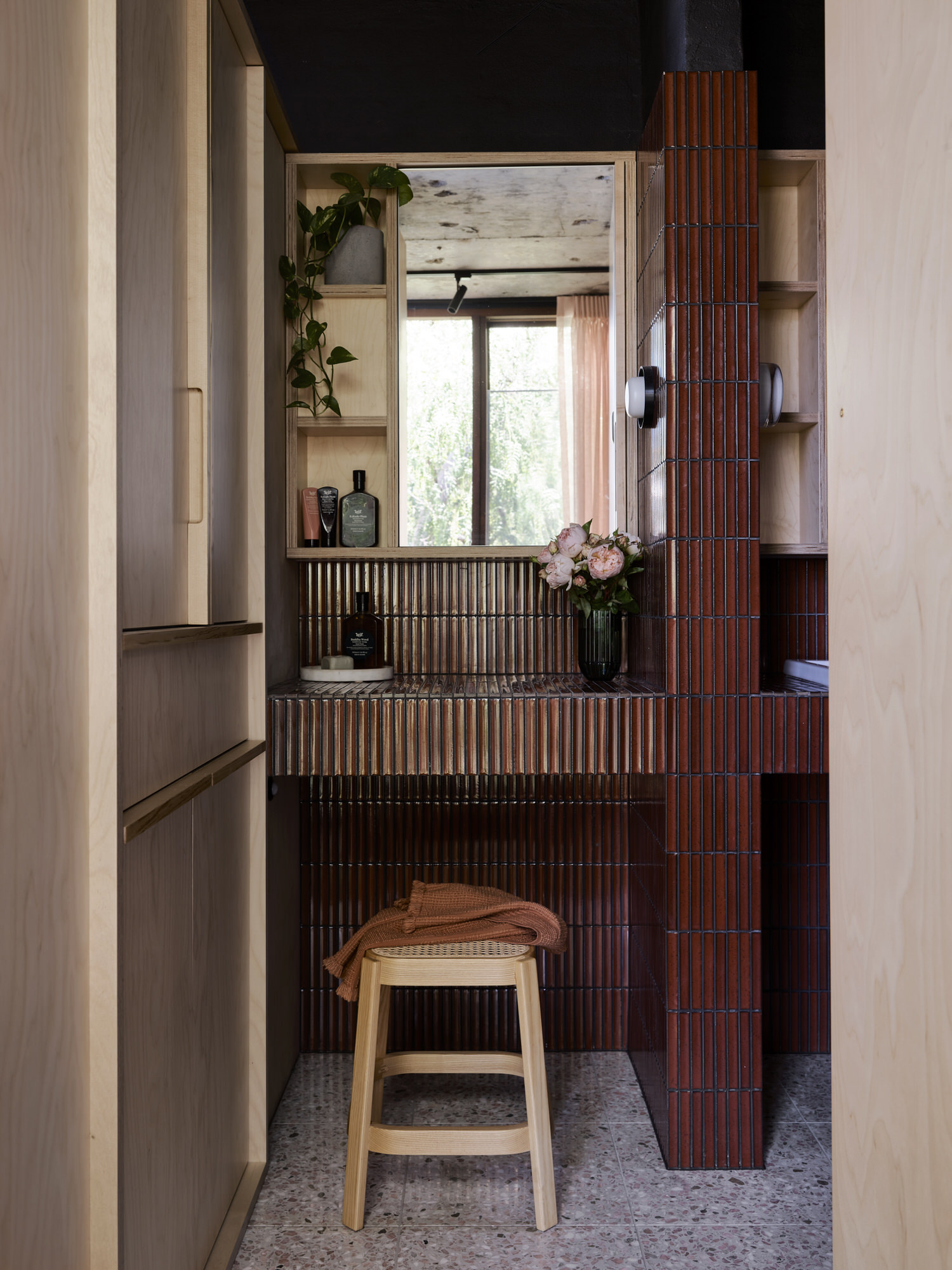 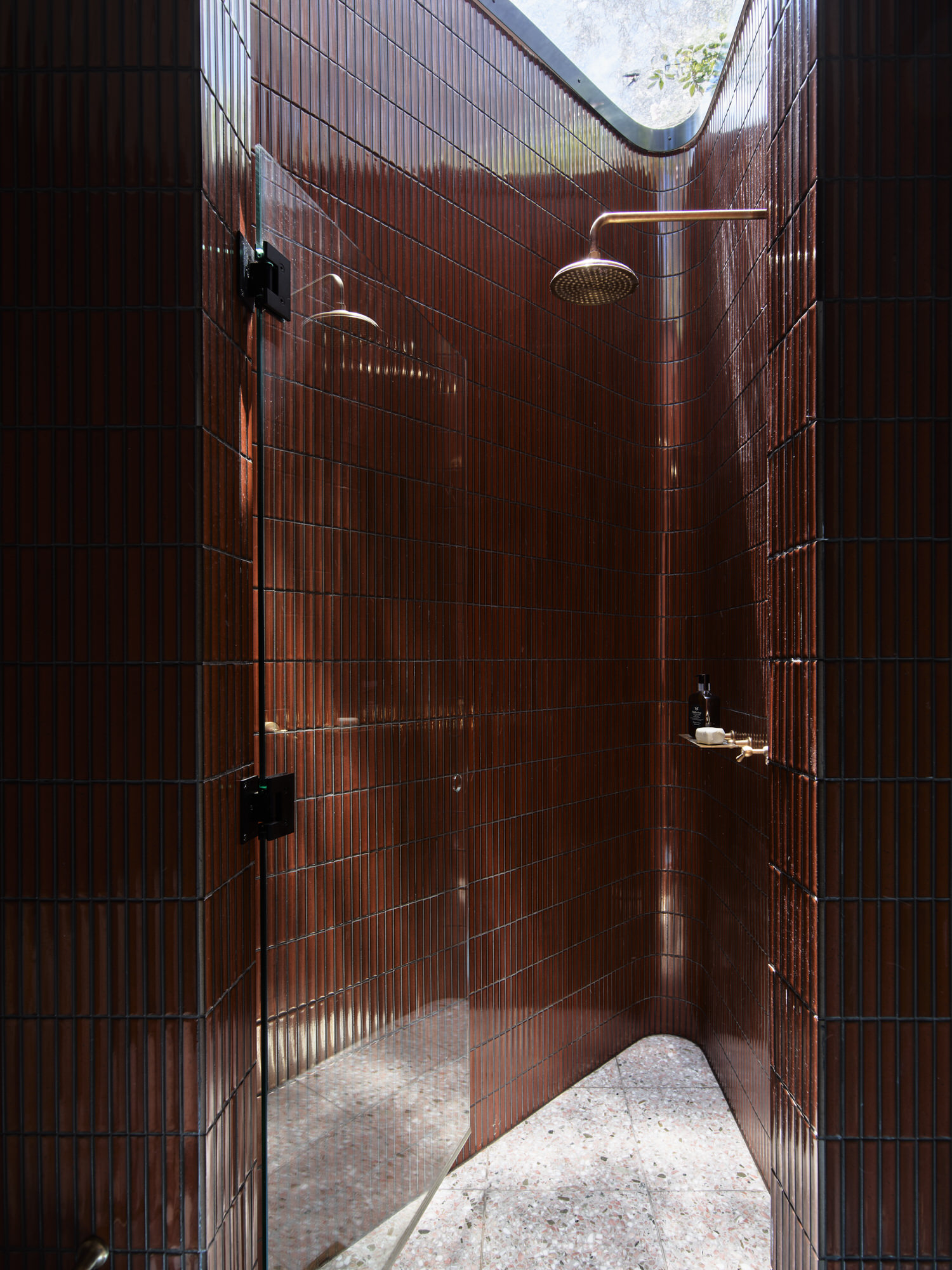 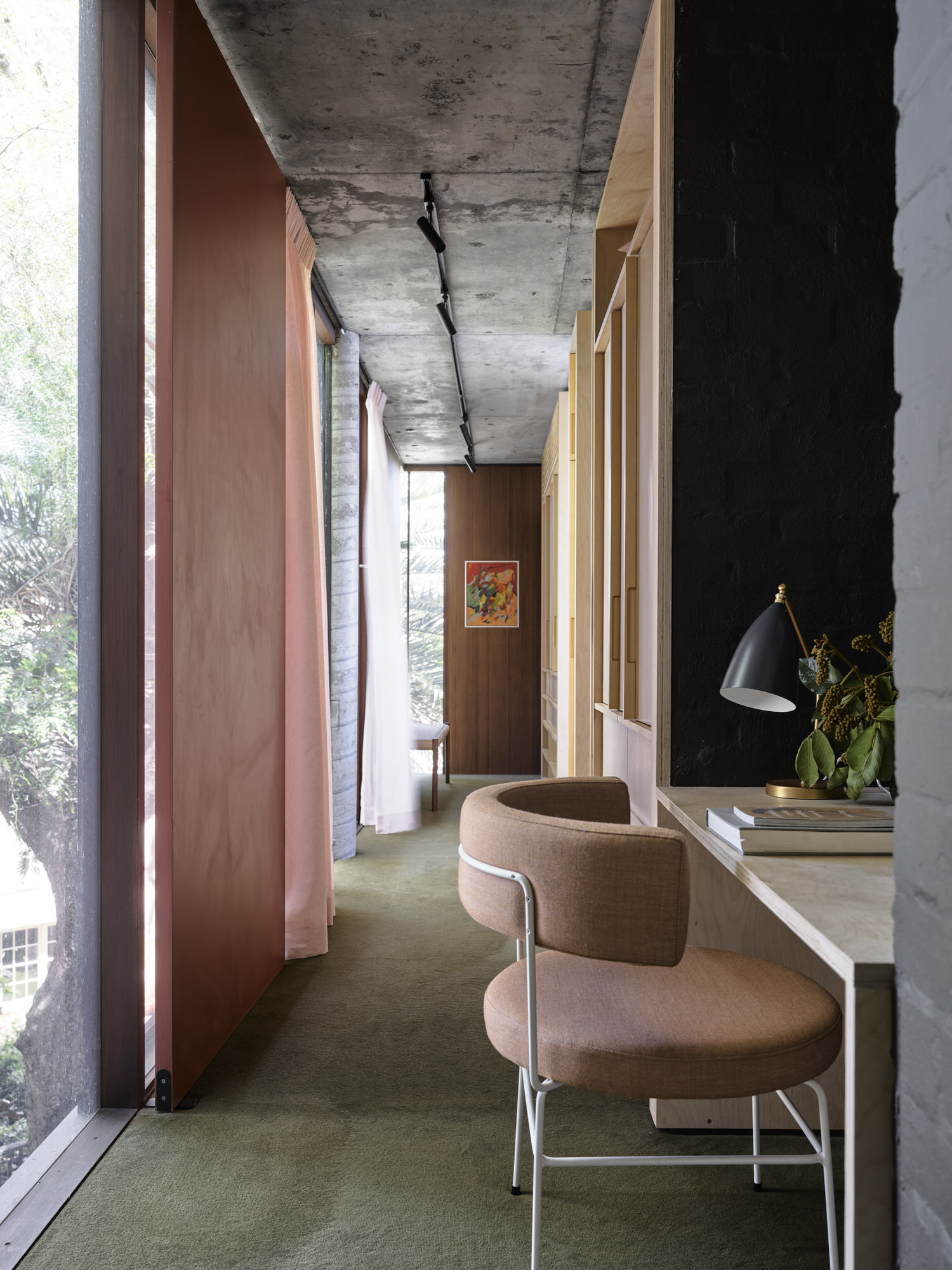 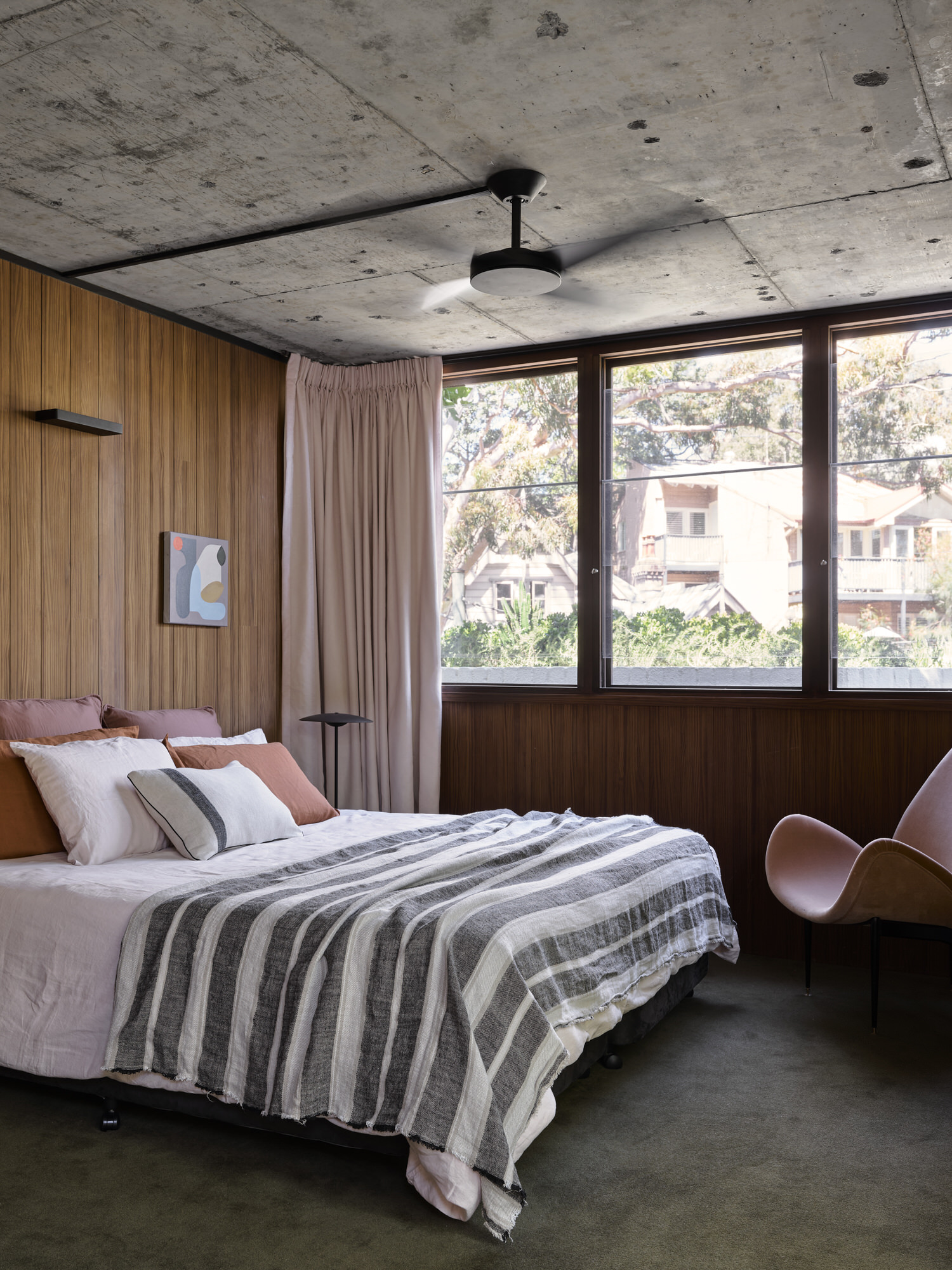 Conrad expanded the former two-bedroom unit into a four-bedroom residence. Two bedrooms replaced a former air-conditioning plant on the lower level and two above the add-on garage that has also been rebuilt with white-rendered brick and green roof while attached to the newly renovated building. Interior linings were peeled backed to reveal the original concrete structure, later restored to serve as an exposed statement feature.

On the street front, SRG House shies itself behind white painted brick facades, savouring its true personality towards the harbour-facing side. The entertainment, kitchen and living spaces sit framed by either floor to ceiling or sliding Cedar red windows on all three storeys, exposed to the luscious tropical-like garden and the ocean view.

As if the waterfront view isn’t enough, a separate sitting room is added to match the level of an irregularly shaped pool with rich timber decking, poolside rumpus and wet area. Beyond the clear transparency of the sightlines, Conrad’s utilises the architecture’s existing grid and unique angled walls of the existing house, programming the spaces to kindly directs visitors towards the glistening sea view. 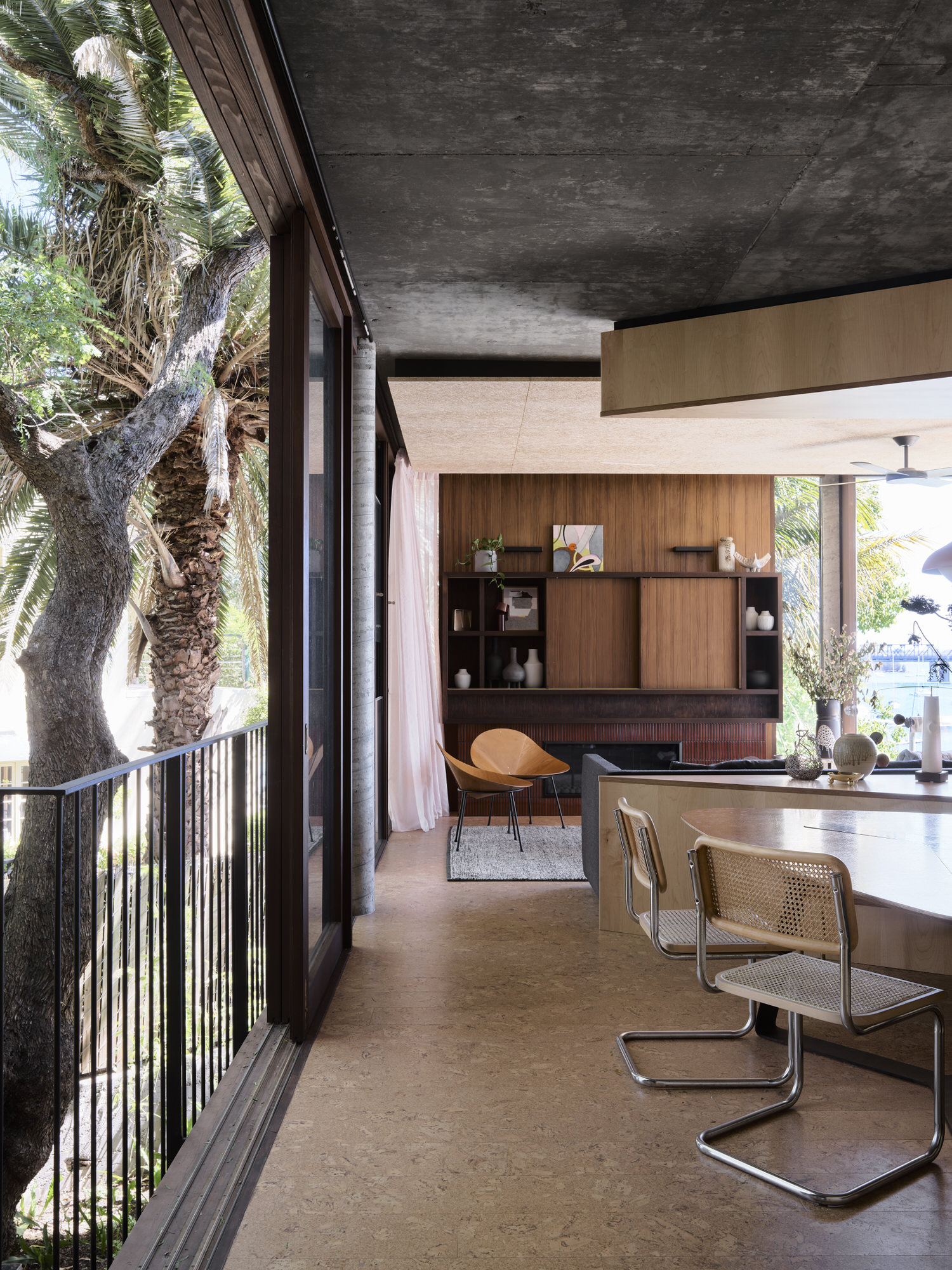 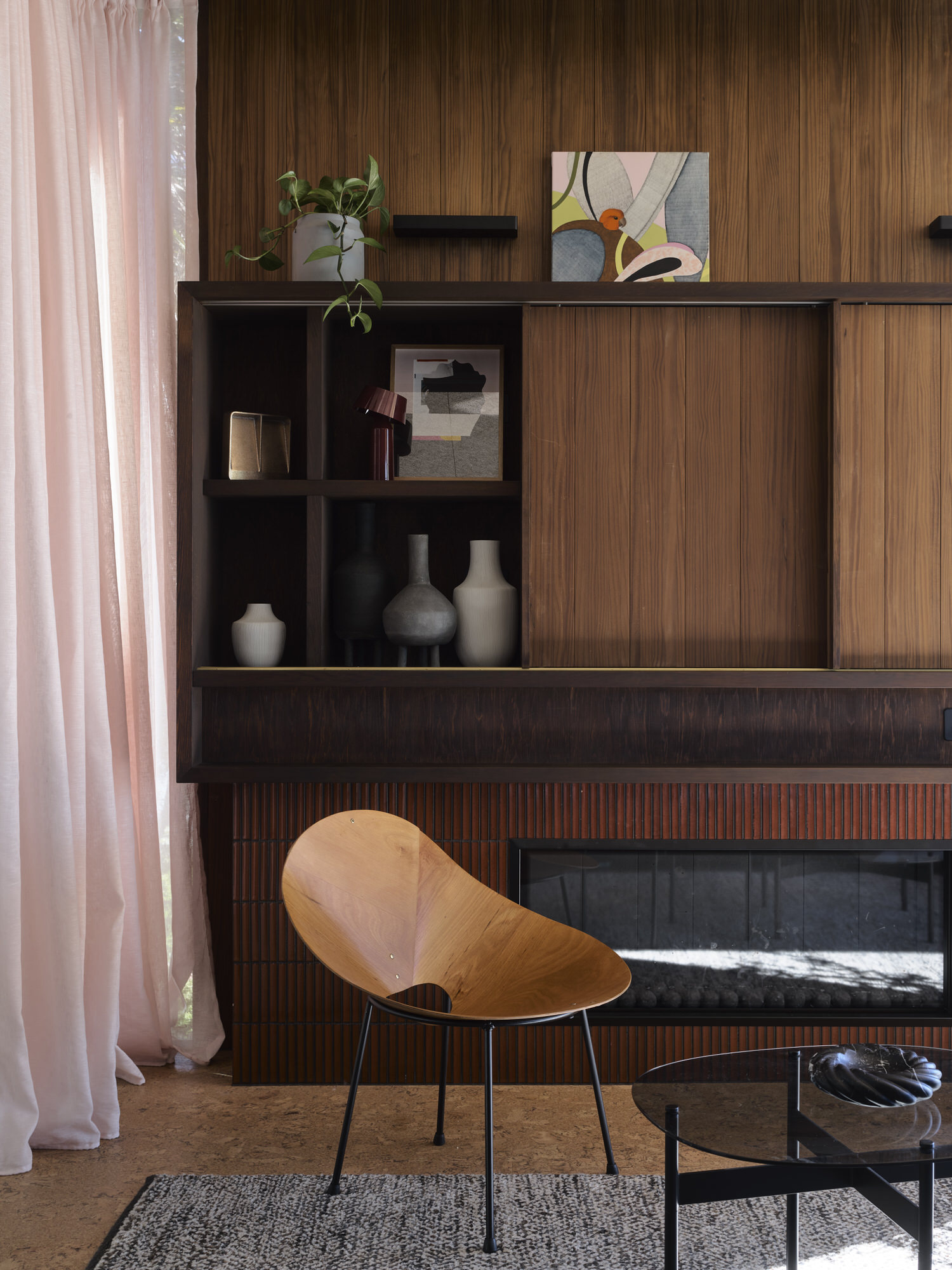 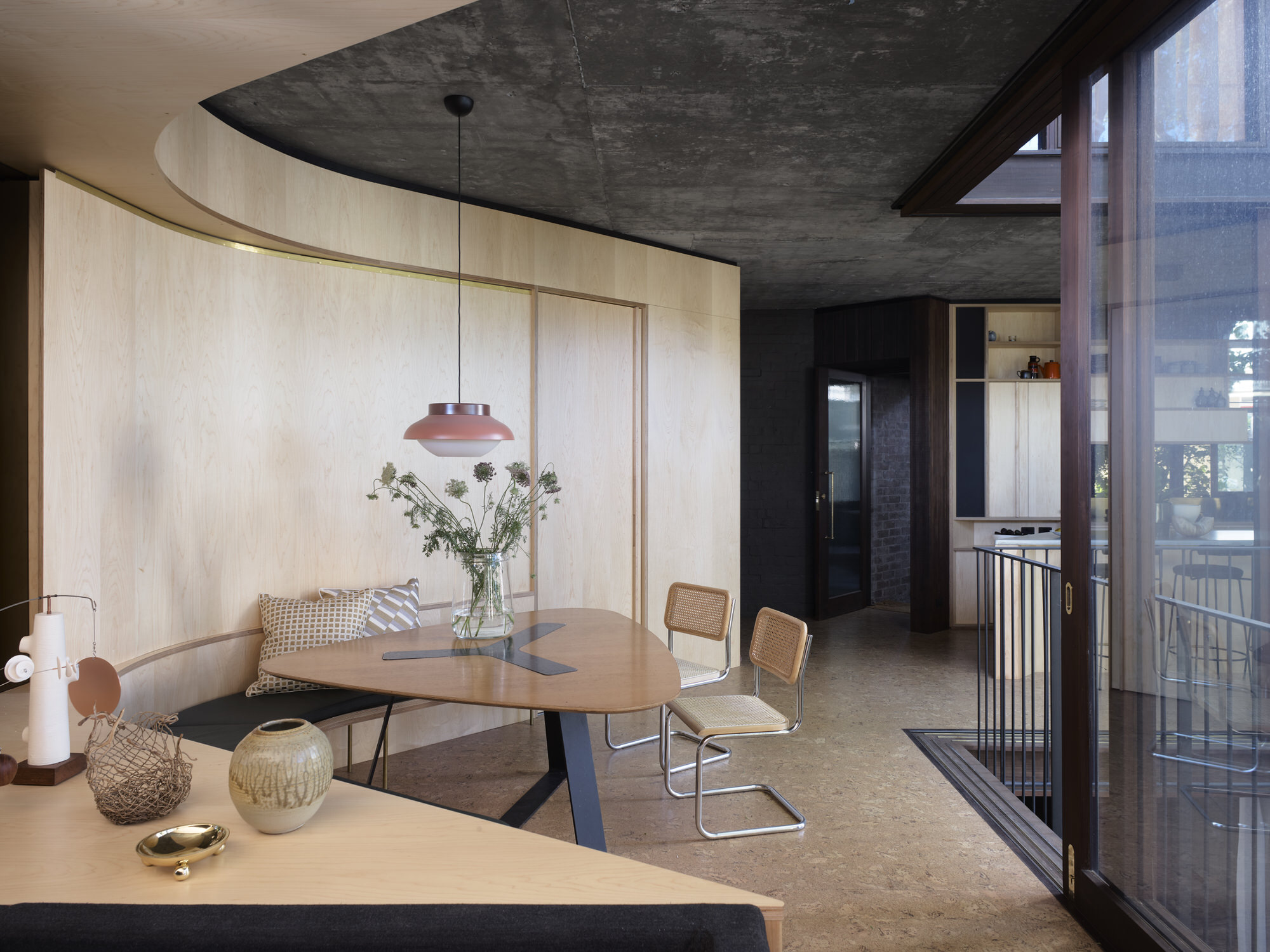 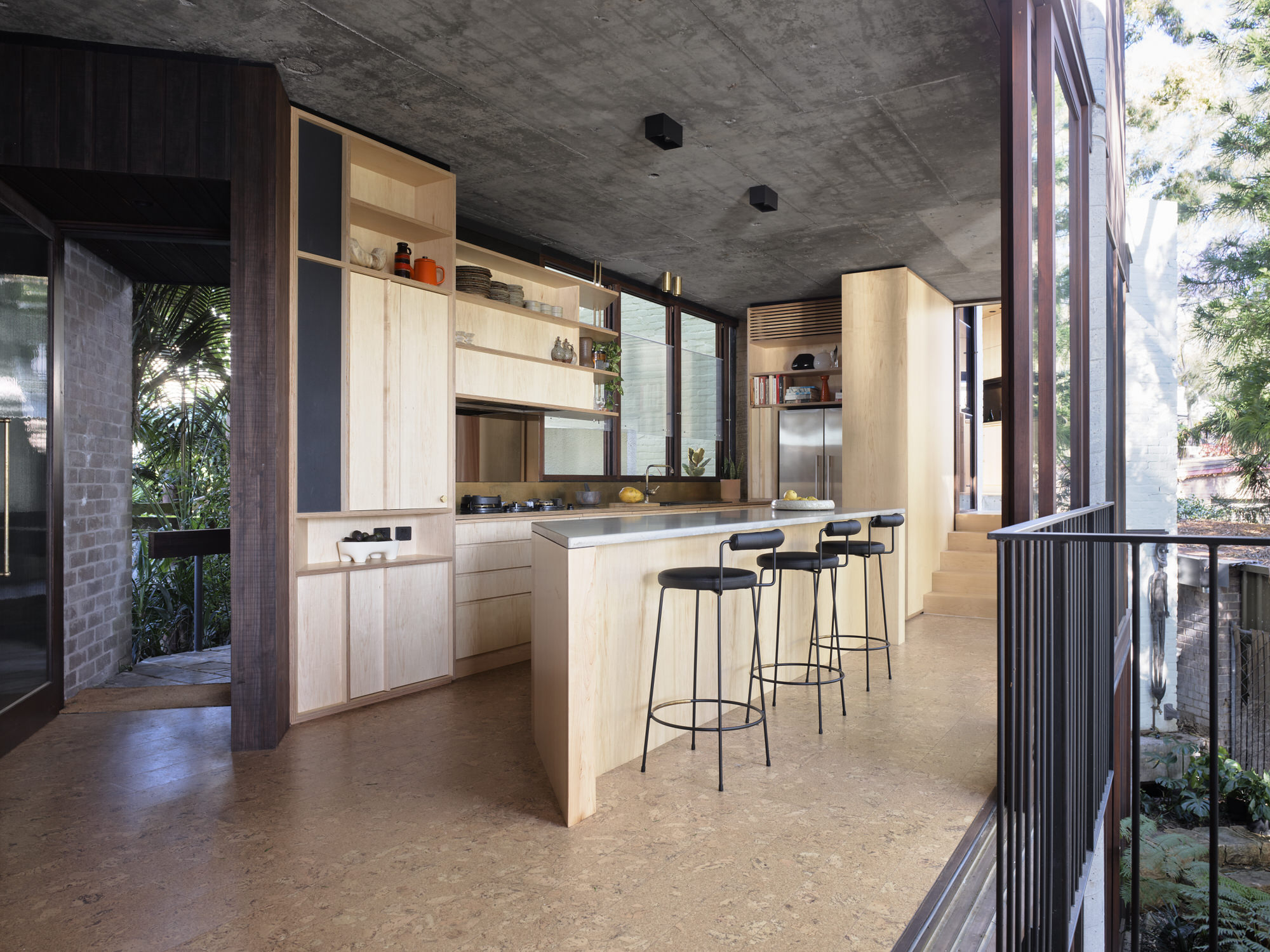 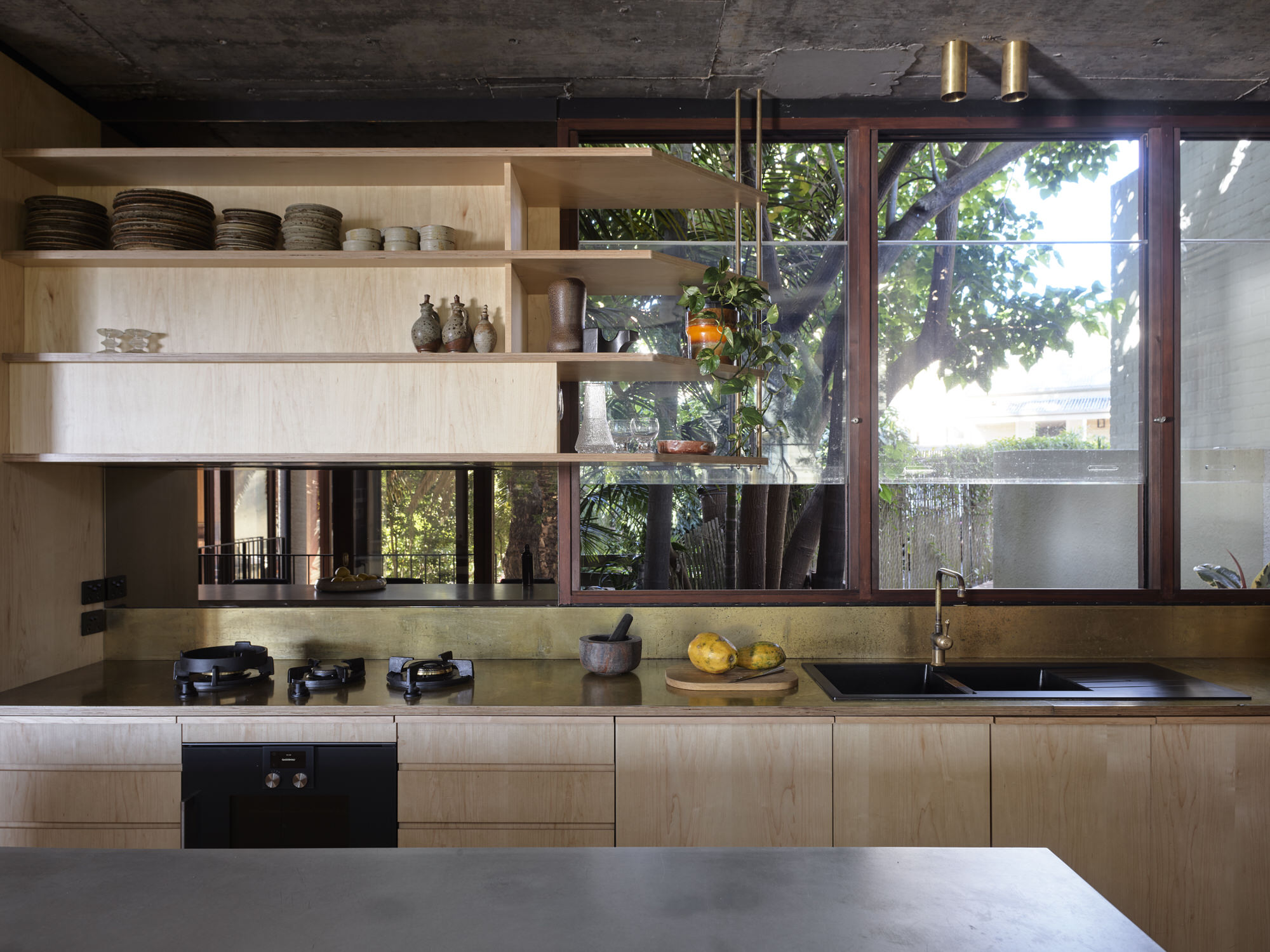 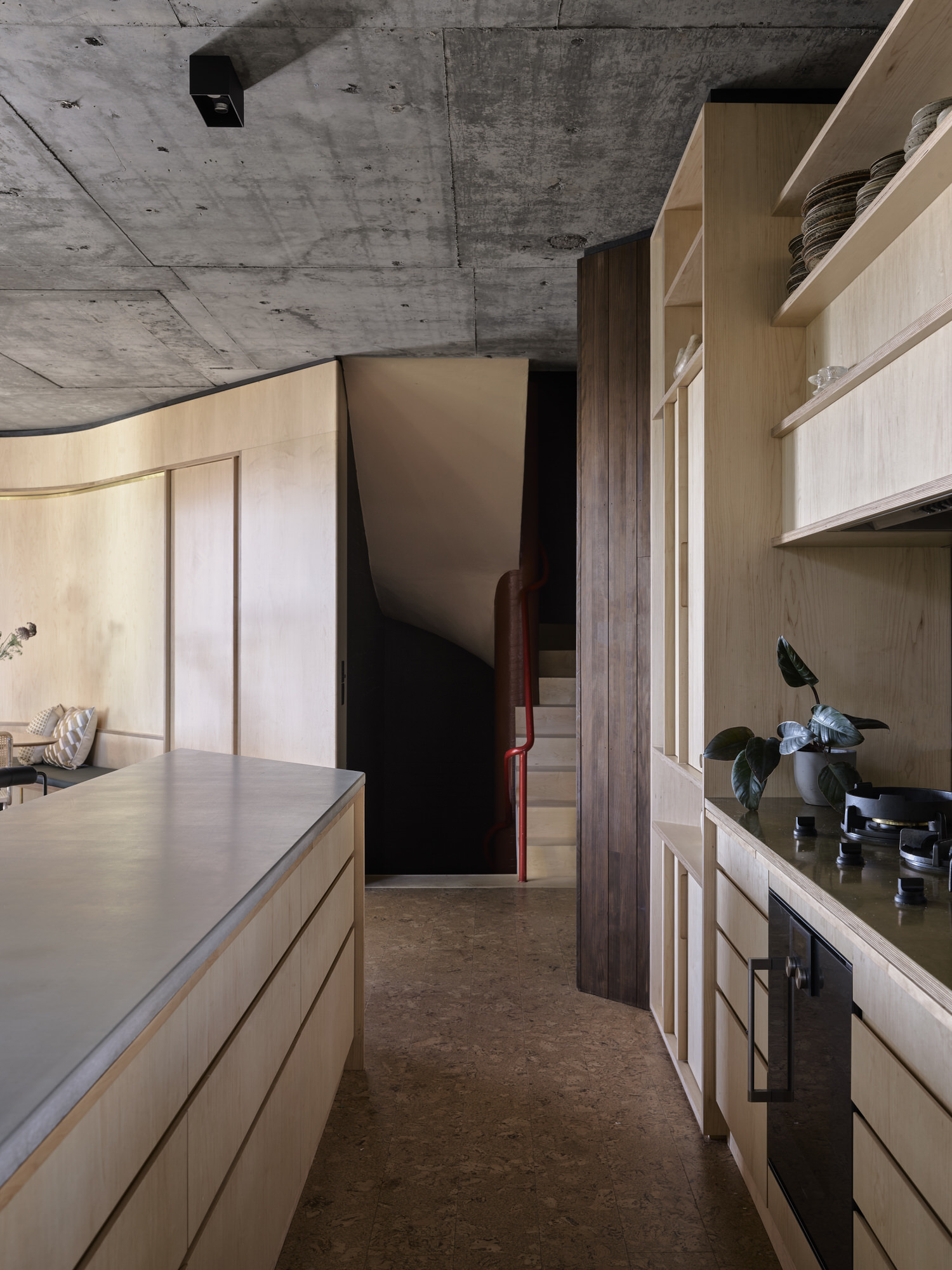 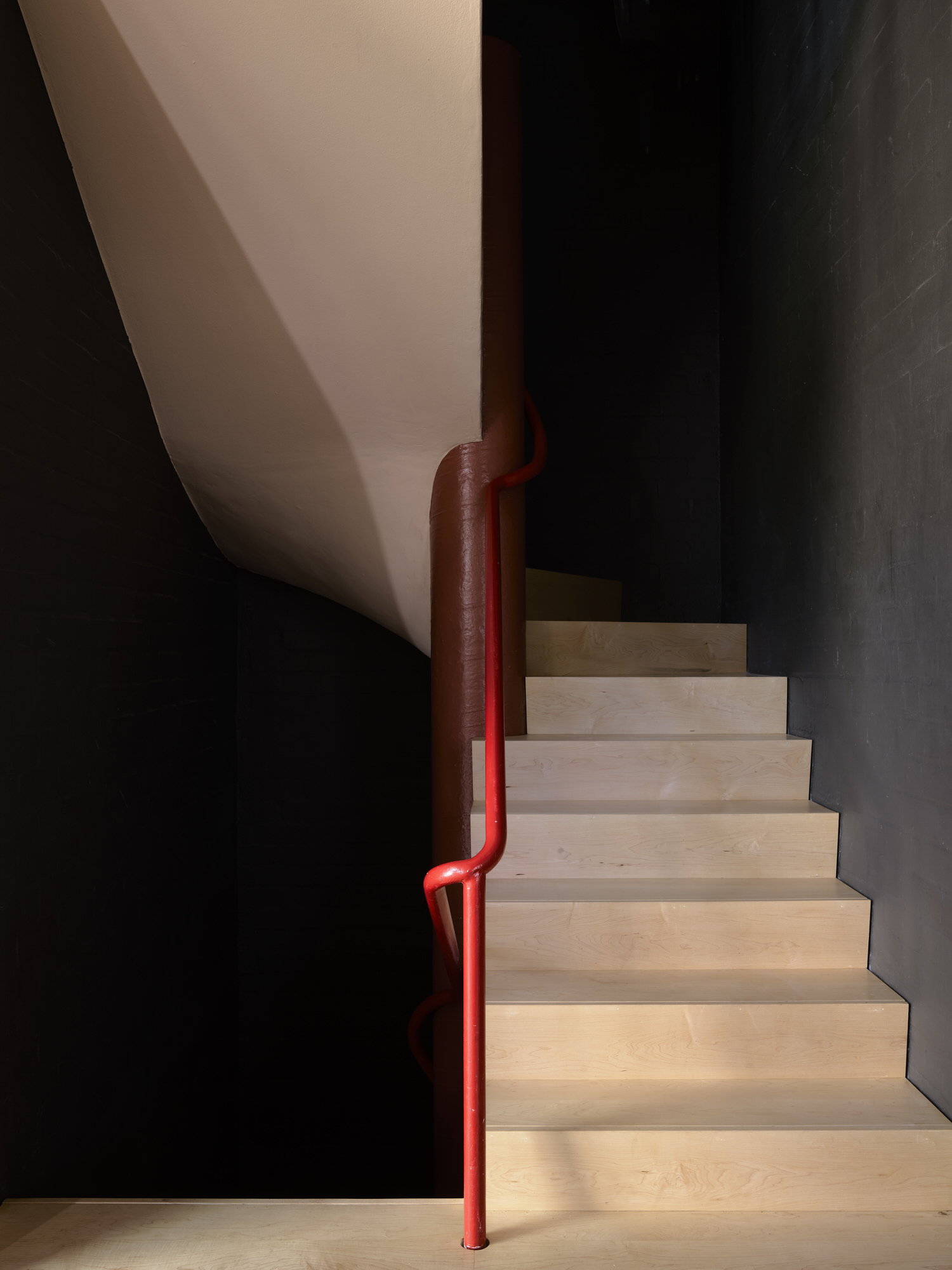 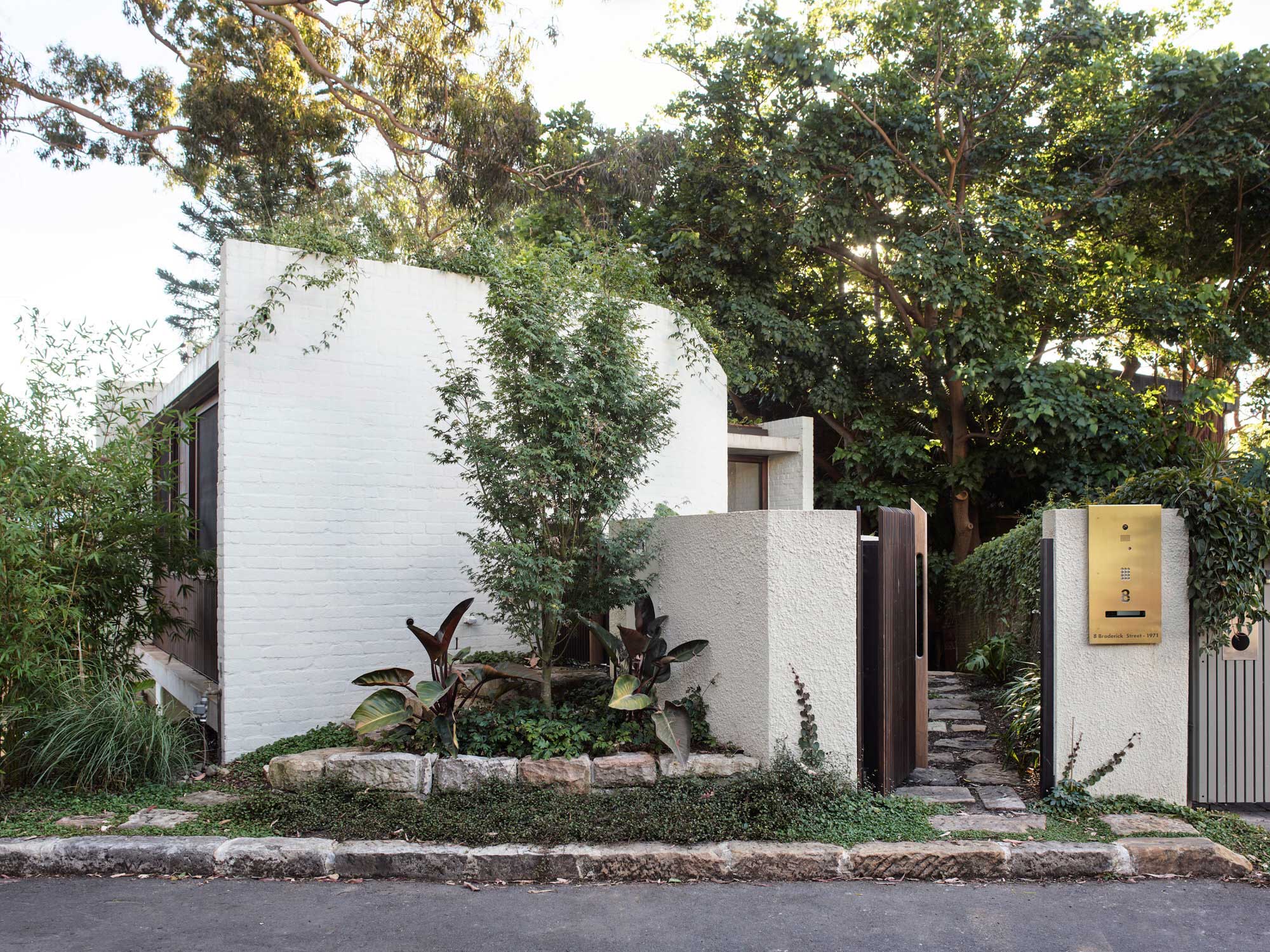 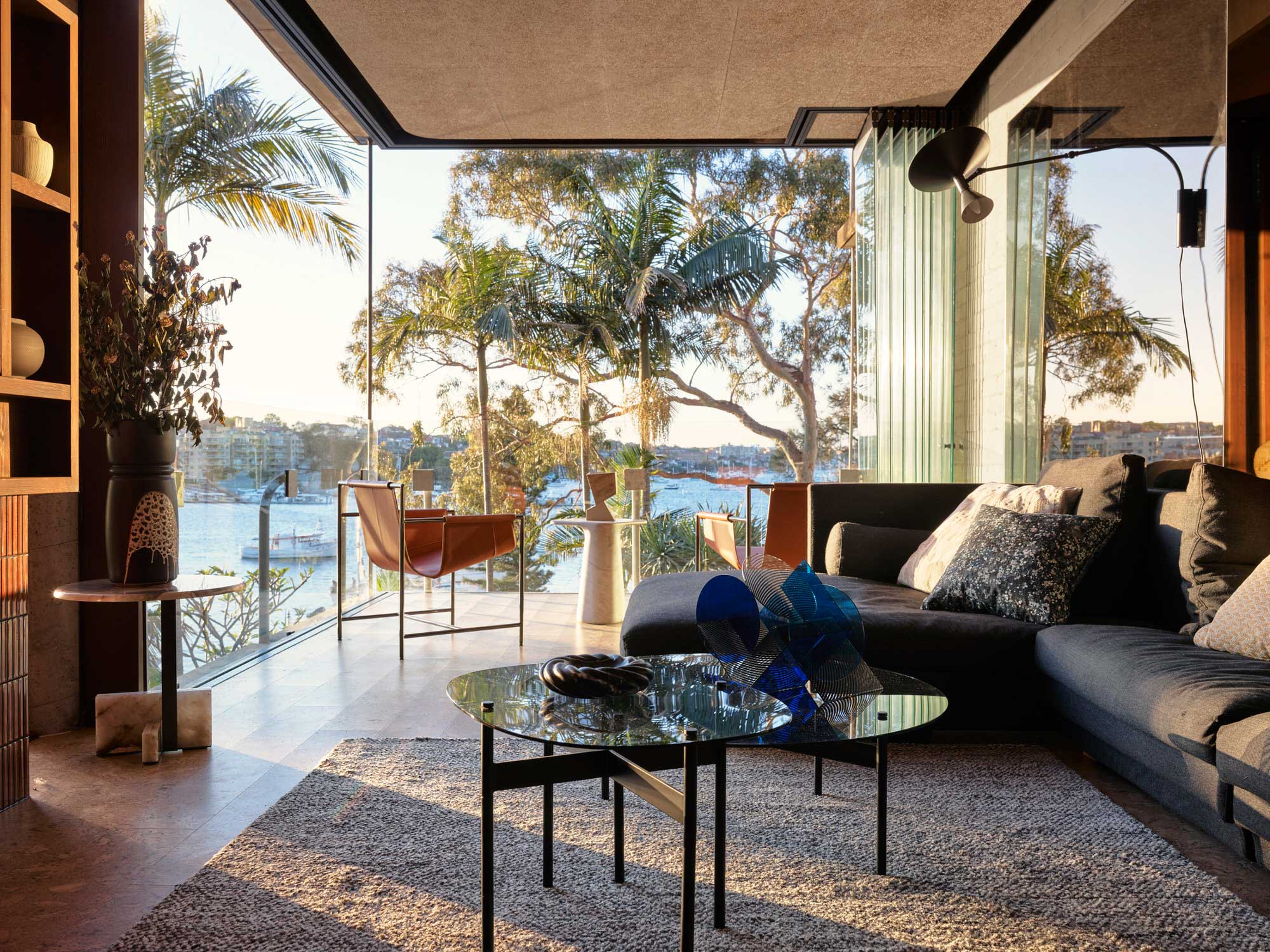 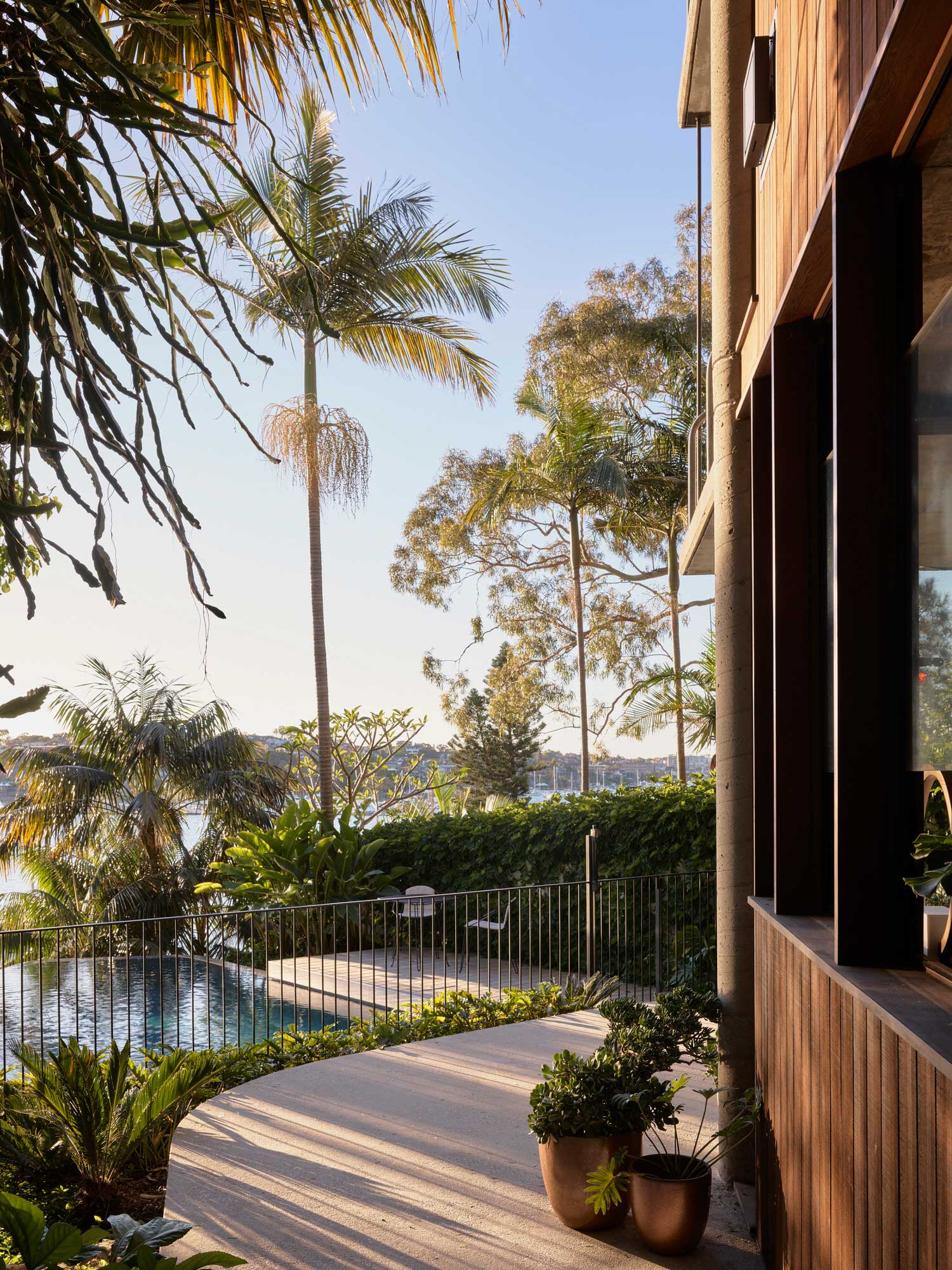 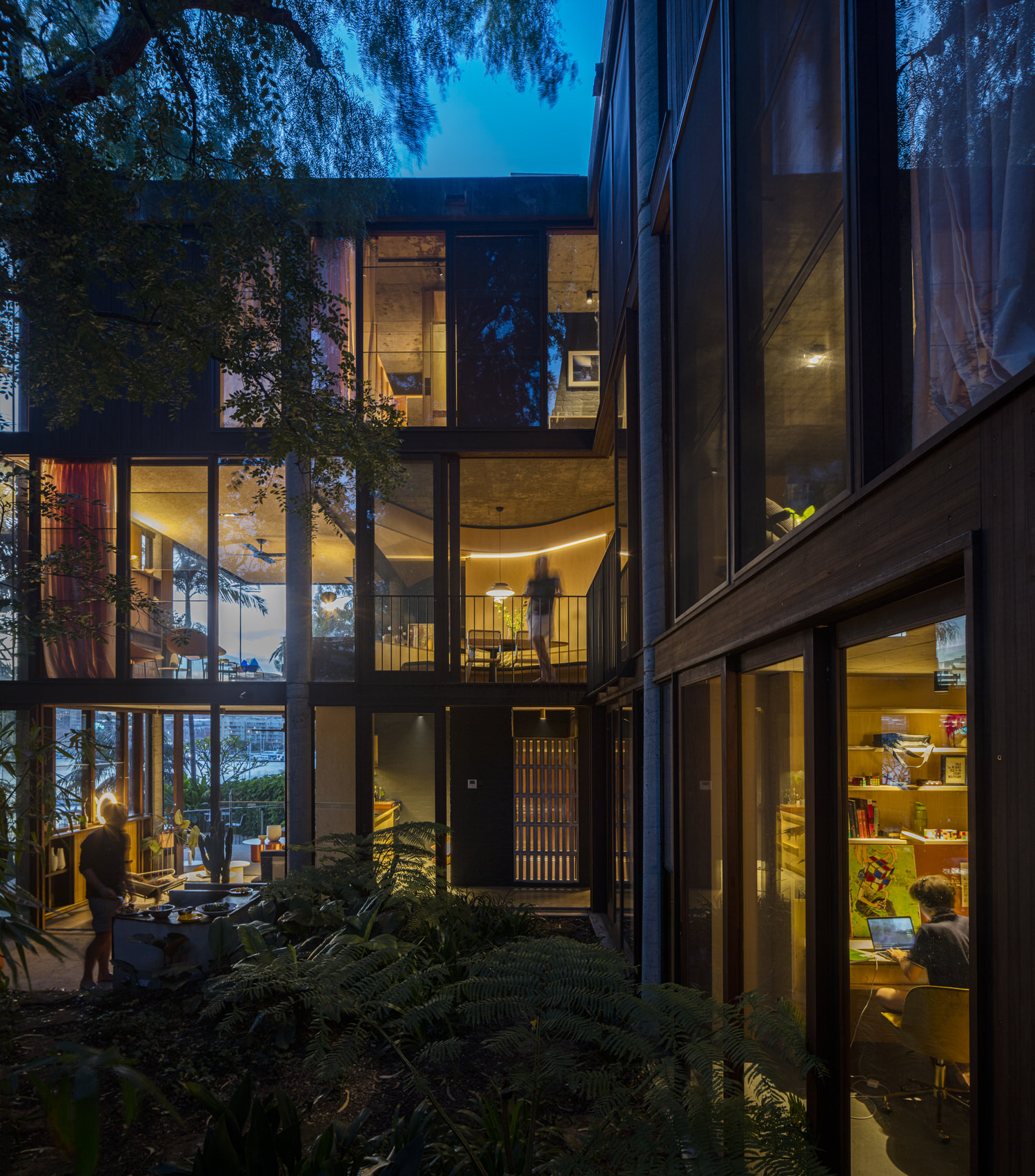 The architect, determined to push their home towards a sustainable front, thoroughly replaced the façade with sustainably sourced timber and high performing glazing. He added high rating insulation of walls, hydronic flooring heating and utilised the sea breeze coming from the south allowing for effective temperature control. The selection of light pine was thoughtfully sourced to compliment the soft curves of built-in joinery, as well as complementing the house’s original palette of Rusted Red, Mission brown and grey. The love for this colour combination is palpable even in a skylight covered bathroom with punchy rust-red Japanese tiles. It’s a flattering compliment to the history embedded in this impressive complex and makes the existing organisational grid, curves and eccentric staircase aesthetically unique.

Flashy yet modest, eccentric but purposeful – a heritage-listed house that was unique from the start continues to remain unique now. By paying attention to the details of the house’s character growth and introducing new elements, Conrad has attentively developed the charm of his new home – demonstrating that vintage can be both sustainable and modern when tweaked in the right places.