For Over 40 Years, This Artist Has Used the Earth as a Canvas for Realistic Portraits [Interview] 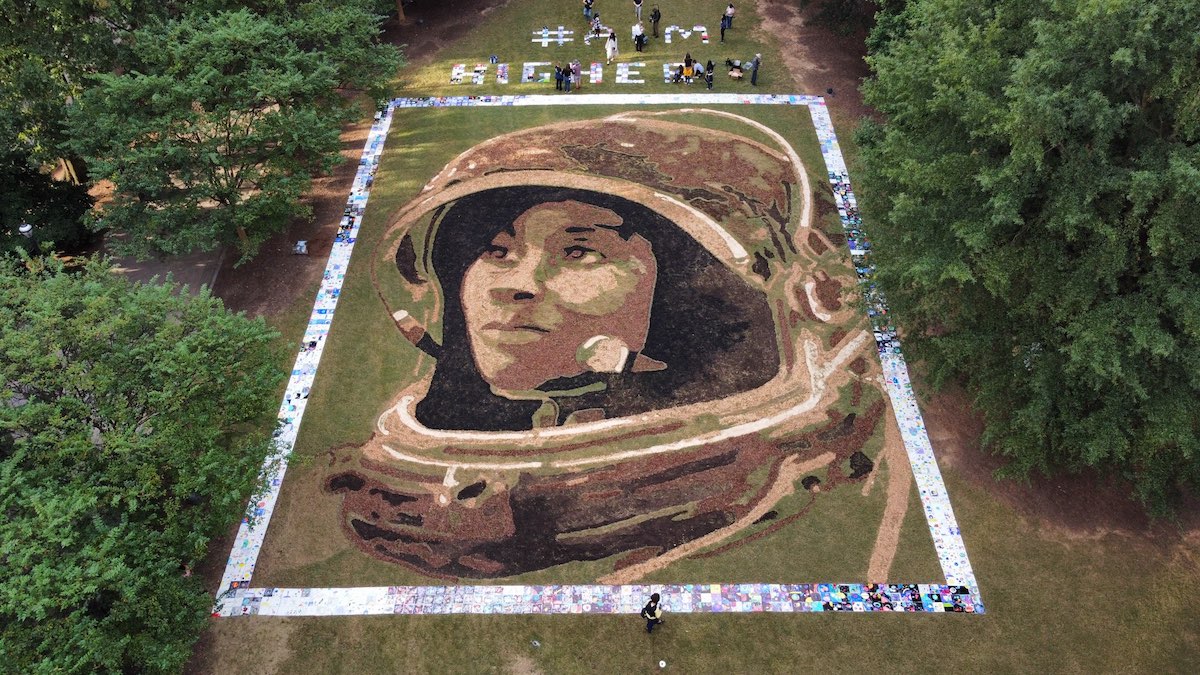 For four decades, artist has been using the earth as his canvas. Inspired by his experience growing up on a farm in Kansas, Herd has taken his love and knowledge of the land to new heights with his incredible portraits. His latest, located in Atlanta, was created in celebration of International Day of the Girl and World Space Week. Featuring NASA astronaut Stephanie Wilson, it stretches over 4,800 square feet.

When viewed by a drone from above, it’s possible to really appreciate the rich detail of Herd’s work. The skills he’s cultivated after decades of creating these Earthworks shines through. Herd doesn’t execute these pieces alone, but rather finds collaboration an important part of the journey. The creation of Stephanie Wilson’s portrait was a process that, as always, involved the community. For instance, the frame surrounding Wilson’s detailed portrait was made from 1,500 tiles that were hand-painted by children from the greater Atlanta area.

In fact, the Stephanie Wilson portrait is just the latest in a long line of impactful art that Herd creates using earth. Herd, who is also a painter and sculptor, can spend weeks and even months to bring his pieces to life. Using a grid system, he’s able to move his work—piece by piece—in order to end up with the final look that he is after.

We had the opportunity to speak with Herd about his long career, how the Stephanie Wilson portrait came about, and which Earthwork makes him the proudest. Read on for My Modern Met’s exclusive interview. 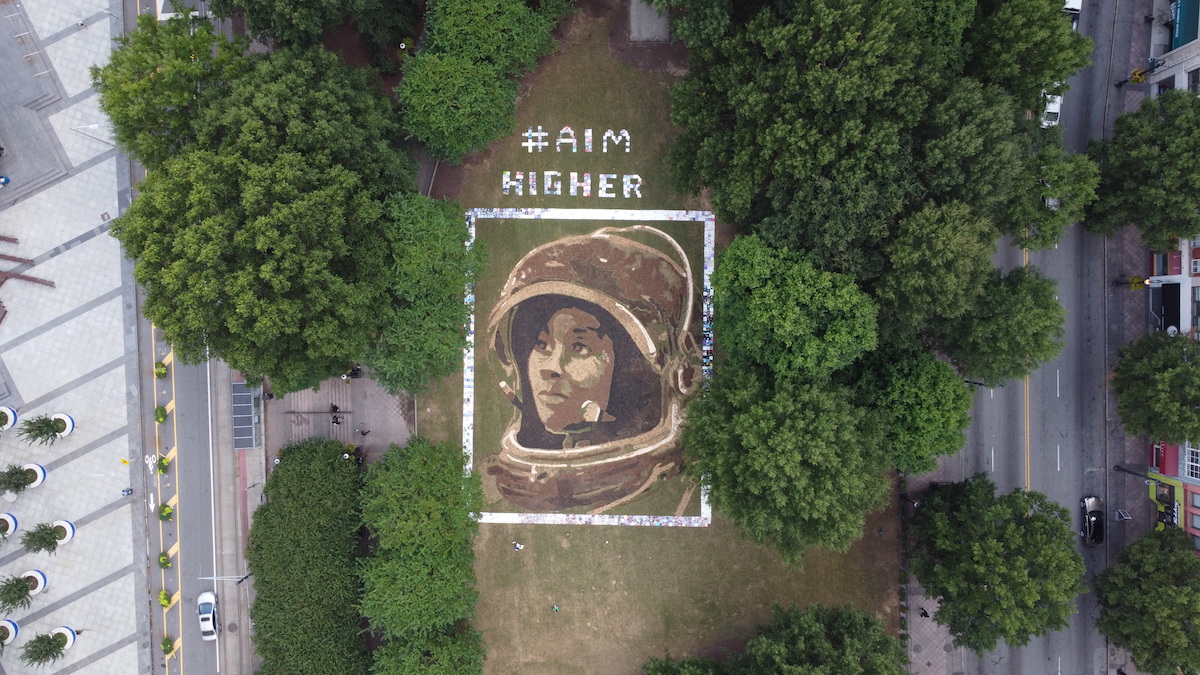 You’ve been doing these earthworks for such a long time. What inspired you to first start creating them?

As a student of art history and a fairly prolific artist in my youth—high school and college—I turned away from my dream to be a musician and turned my full attention to art as a way to express myself and hopefully sustain my meager lifestyle. I succeeded at that.

Like most artists, musicians, sculptors, actors, and filmmakers, I wanted to be on the cutting edge and create an art that was unique and innovative. Finding a new way of “seeing” was on all of our minds. Earthworks were just reaching acceptance in the larger art world, with Hizer and Christo gaining some traction and following.

As a young man who had grown up on a Kansas farm, I decided I knew something about the land and the people who historically worked the land. My real focus was on the first people—the Native Americans whose land my ancestors had settled. I would dedicate my life to creating statement artworks in the soil of my ancestors. I also painted a multiplicity of paintings, created hundreds of prints, and dabbled in film, sculpture, and music. 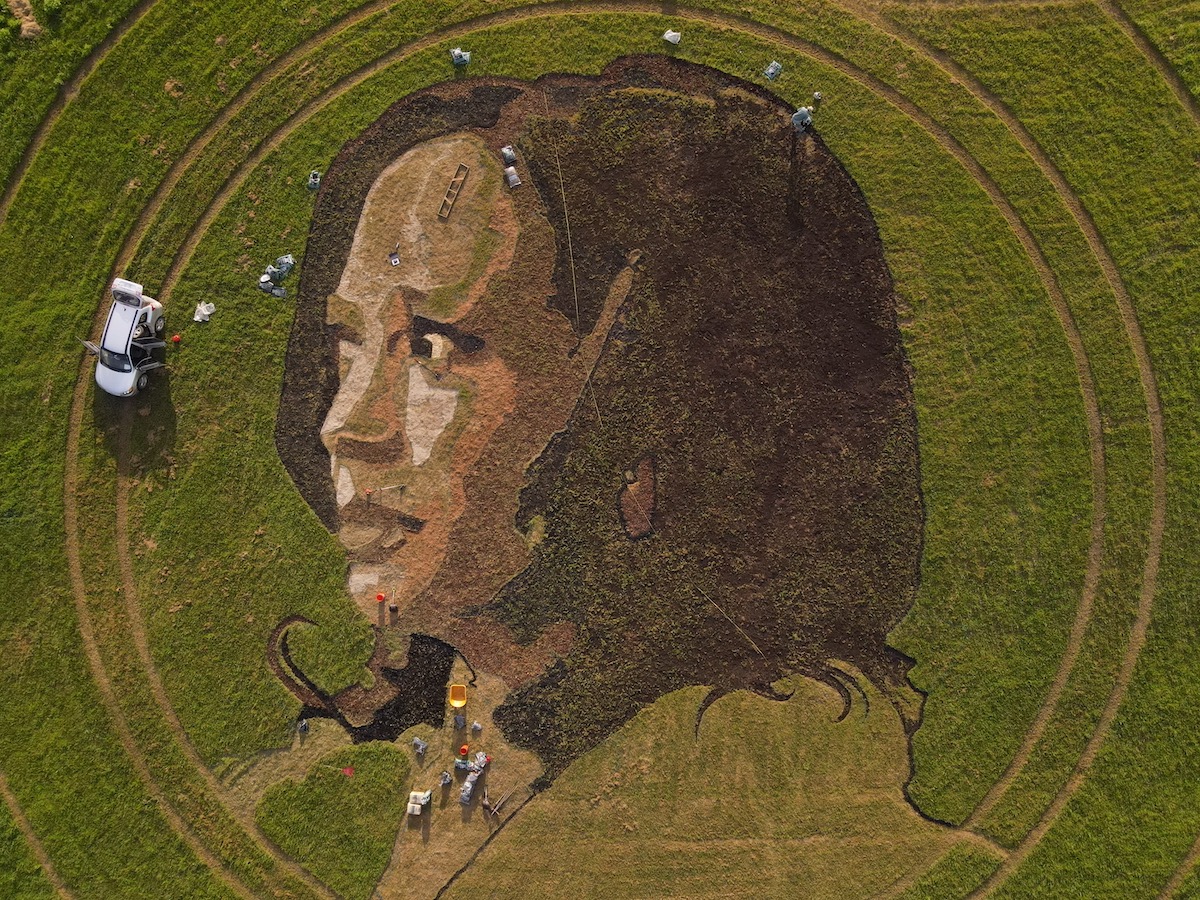 What is the most satisfying part of these creations?

The most satisfying element of creating huge works with multiple assistants, landowners, horticulturists, photographers, students, and the community is the “collective nature” of the experience—a feeling of utilizing the “creation” of the work as a catalyst for exchange and enlightenment. I feel like the works are, at best, a platform for the discussion of nature, mankind’s relationship with nature, the environment, and art as an agent of change.

What type of tools do you use when making these pieces?

The tools are similar to a gardener, farmer, or landscape architect. From shovels, hoes, and rakes to gas-powered weed eaters, tractors, plows, drills, mowers, and, of course, nowadays drones capture the progress and allow us to tweak the image under the camera live. In the old days, we used airplanes and helicopters. 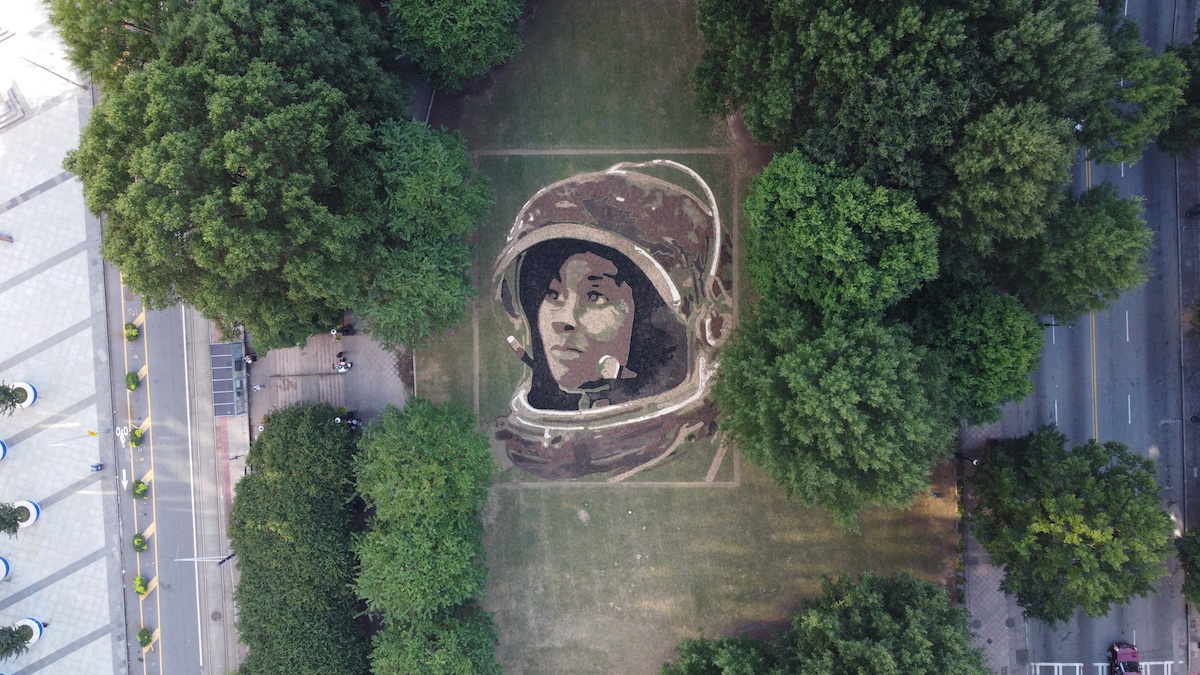 How did the idea and the collaboration for the Stephanie Wilson portrait come about?

The Stephanie Wilson project evolved from my earlier portrait of John Lewis created in a park in Atlanta as a political gambit to bring attention to “progressive” politics leading up to the pivotal “runoff” elections in Georgia. My co-collaborator, Christina Korp, subsequently asked me to get involved with the Artemis program, of which Ms. Wilson is involved in. My recent Atlanta connections with the City helped facilitate that effort. 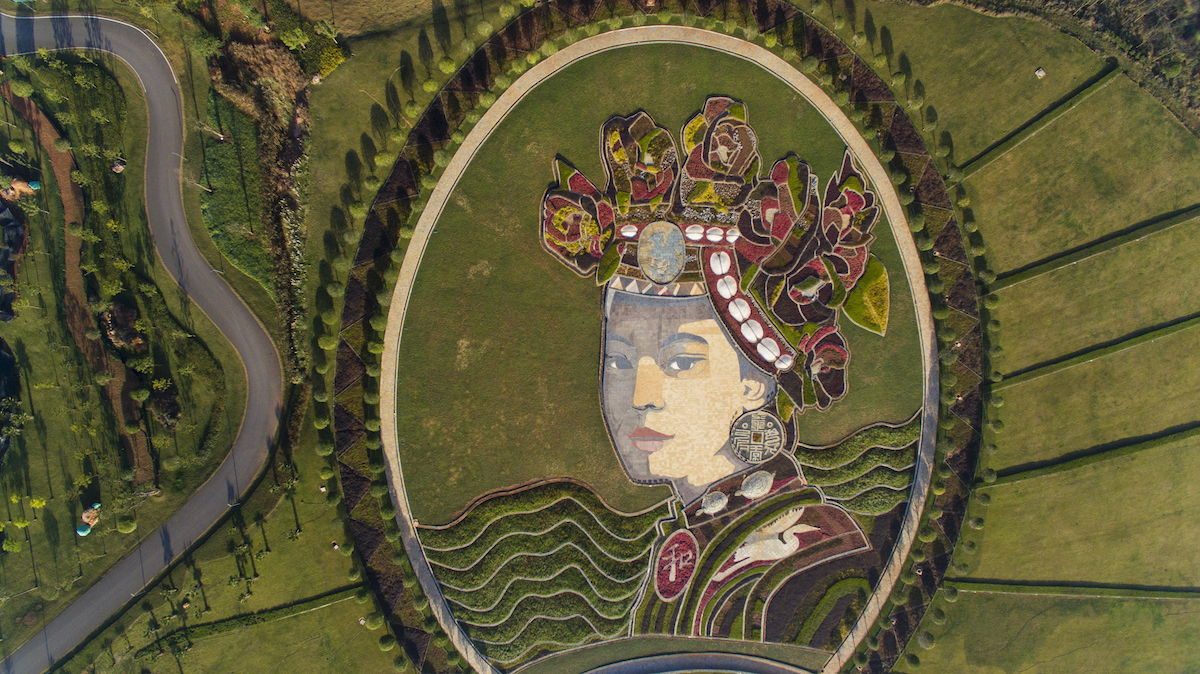 Do you have one particular artwork that you are the proudest of?

Young Woman of China was my most ambitious work to date. I spent two years in southwest China working with 150 Chinese laborers, engineers, artists, masons, gardeners, heavy equipment operators, and the company leaders. The image is a tribute to women’s issues and the Indigenous population—four acres, ground cover, native flowers, marble, stone, and granite. The image will survive an earthquake and last one hundred years.