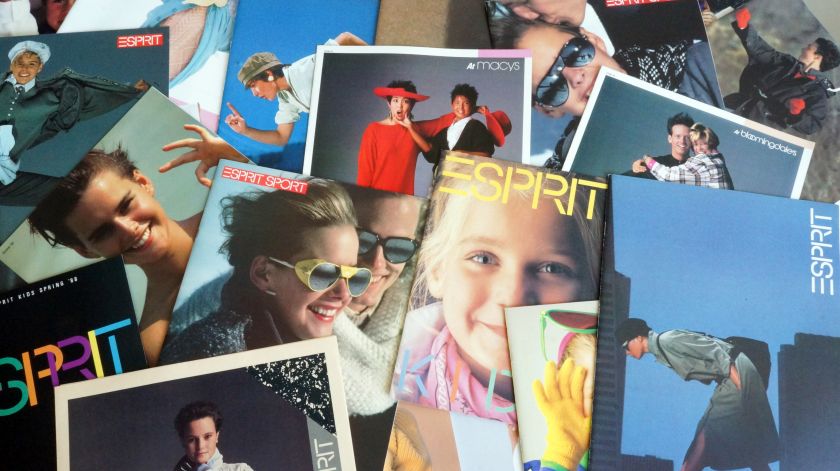 For readers of a certain age, the Esprit Flashback archive is a heady dose of nostalgia. Filled with over 3,200 pieces of Esprit memorabilia, the private collection is the definitive look back on the brand during the eighties. And now Esprit’s former art director Tamotsu Yagi has expanded the archive even further with a massive donation of items.

Set up by visual designer Michelle Koza, Esprit Flashback is the world’s largest archive of 1980s Esprit items. Amassed over 30 years, the collection carefully preserves anything related to one of the most iconic fashion brands from that decade. You can even browse the archive online by heading over to its

The latest donation by Tamotsu Yagi includes eclectic and rare items ranging from the Esprit Graphic Work 1984-1986 book, plus the Esprit 25th Anniversary catalogue. Packaging labels for the food made in the Esprit cafe and samples of the popular shoe boxes that featured prominently as part of in-store visual merchandising also make up the significant haul. 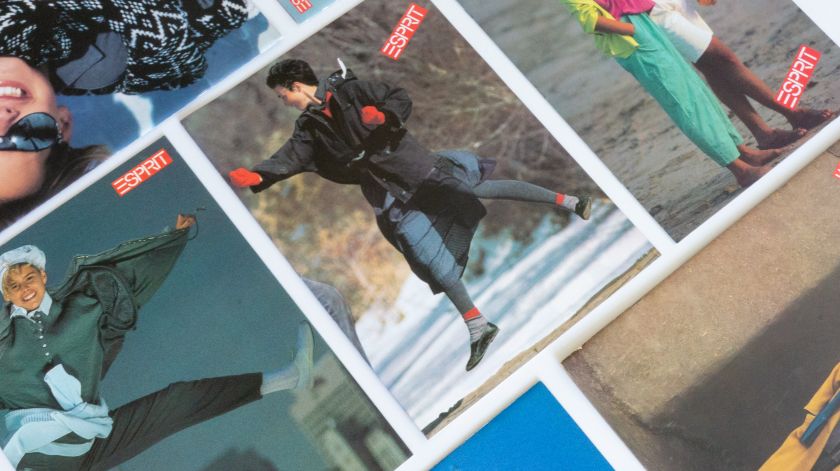 Besides the contents of the donation, the man behind the merchandise makes this contribution significant. Tamotsu was appointed as the art director for Esprit in 1984 and was in charge of the brand’s visual presentation. He’s credited with creating the iconic ‘Esprit graphic look’, which helped the company win the AIGA design leadership award in 1986, and in 1990 he became one of the youngest members of Alliance Graphique International.

Speaking about his decision to hand over the wealth of work, which also includes branded letterheads, calendars and party invitations, Tamotsu cites a renowned American businessman and conservationist: “Douglas Tompkins believed in the preservation and power of print in its ability to pass on ideas worth sharing,” he reveals. “As I look through my own archive of graphic materials from the ESPRIT days, I am reminded of this message and wish to pass on these artefacts for generations to come.” 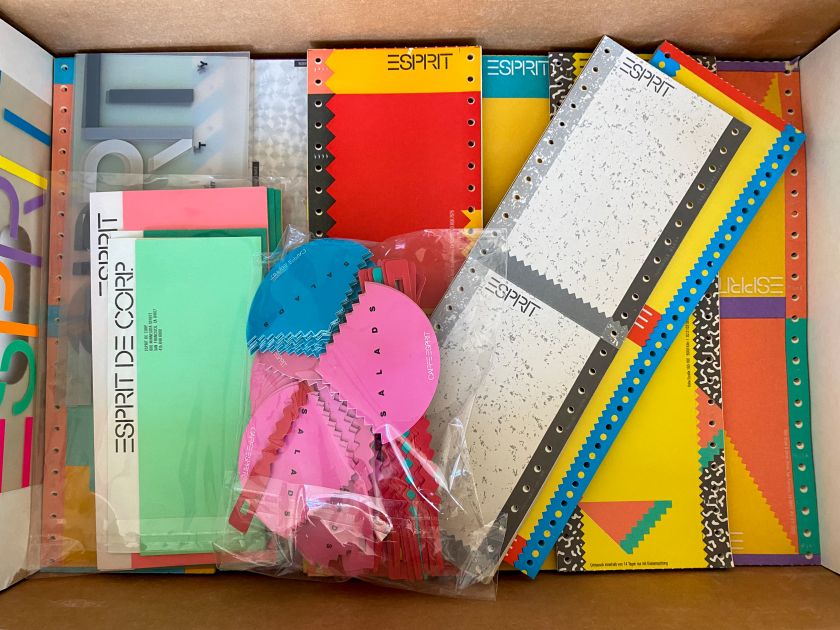 These items will join Esprit garments and accessories, including seminal 1980’s collections such as Memphis Collection/Fall 1986 and Joel Resnicoff Collection/Summer 1986. Tamotsu isn’t the first big-name from Esprit to make a donation to the archive either. Former employees, including Cool Hunting co-founder Evan Orensten and textile designer Cathy Callahan, have contributed to it, along with devotees of the brand who have sent in items from their personal wardrobes.

But for Esprit Flashback founder Michelle Koza, this donation is something special and personal. “Mr Yagi and his work inspired me to study graphic design, and after I graduated from design school, I had the opportunity to meet him.,” she explains. “It feels like a full-circle moment to receive this generous gift from Mr Yagi, and I am ecstatic! These items will contribute greatly to building a complete picture of what the Esprit brand was and stood for during the 1980s.

“I collected Esprit clothing for years before officially starting the archive in 2017 when a friend passed away and left me her collection of 1,800 artefacts,” she adds. “Building the archive has been a labour of love and, in this past year and a half of worrisome news from around the globe, it has also been a happy blast from the past of better times and amusing memories of my awkward teenage youth.” 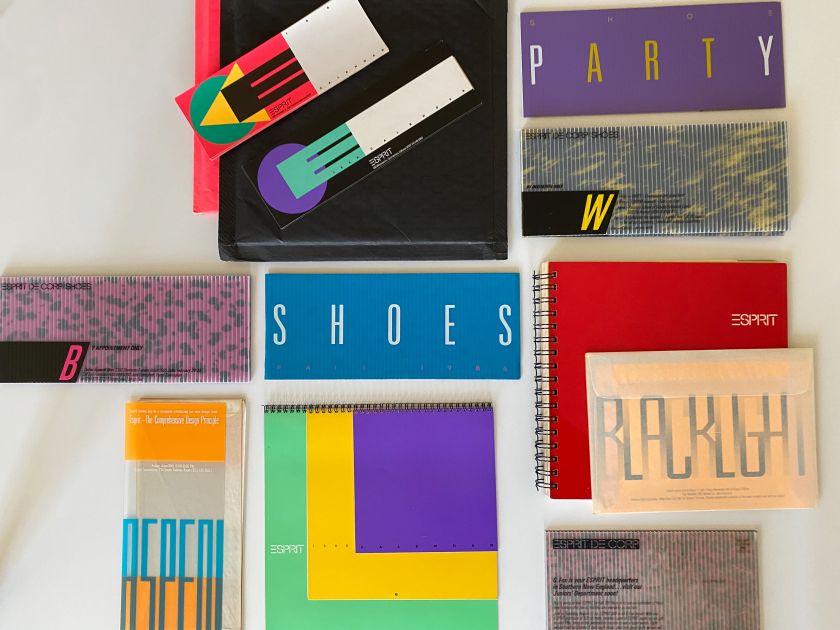