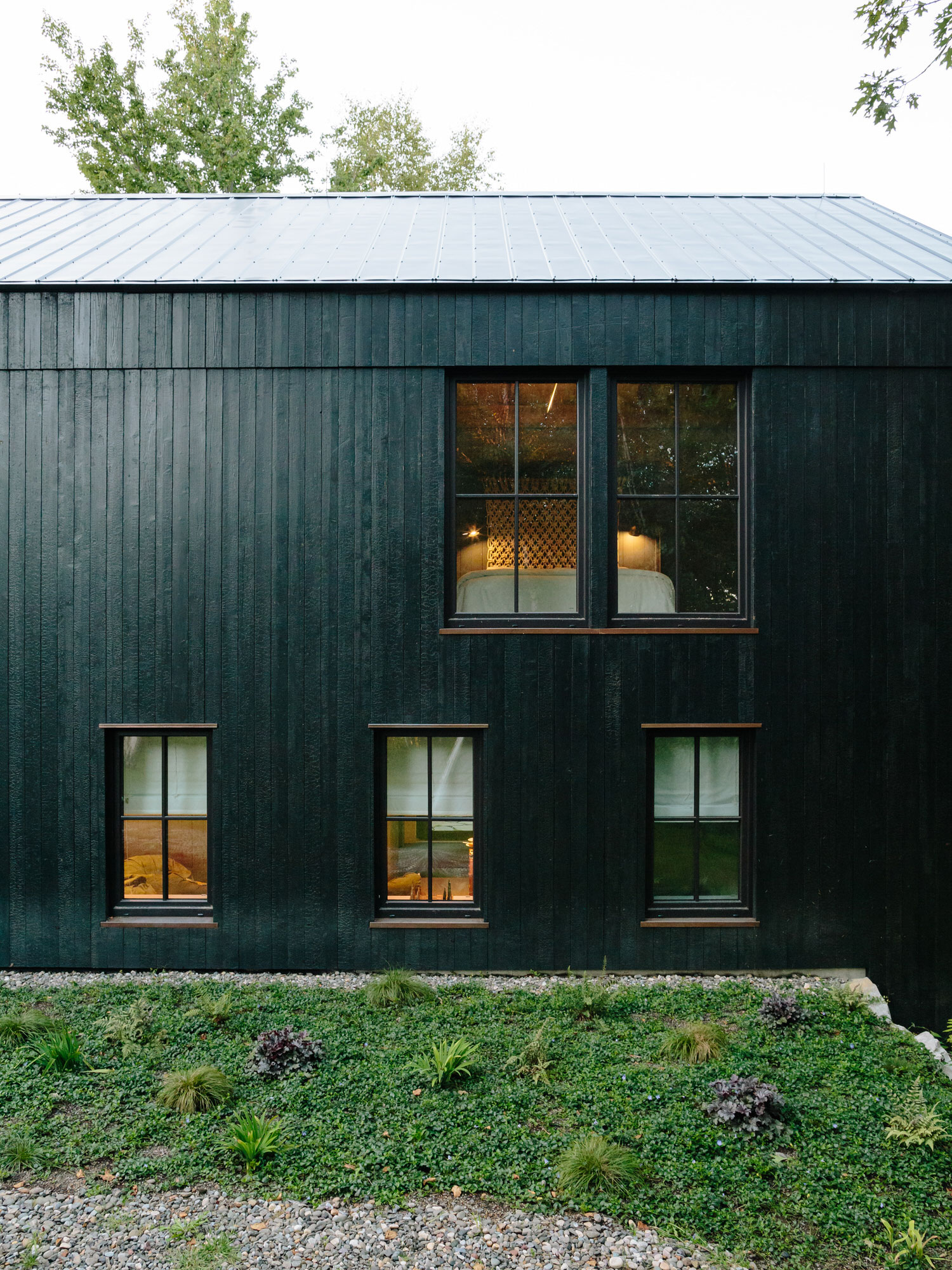 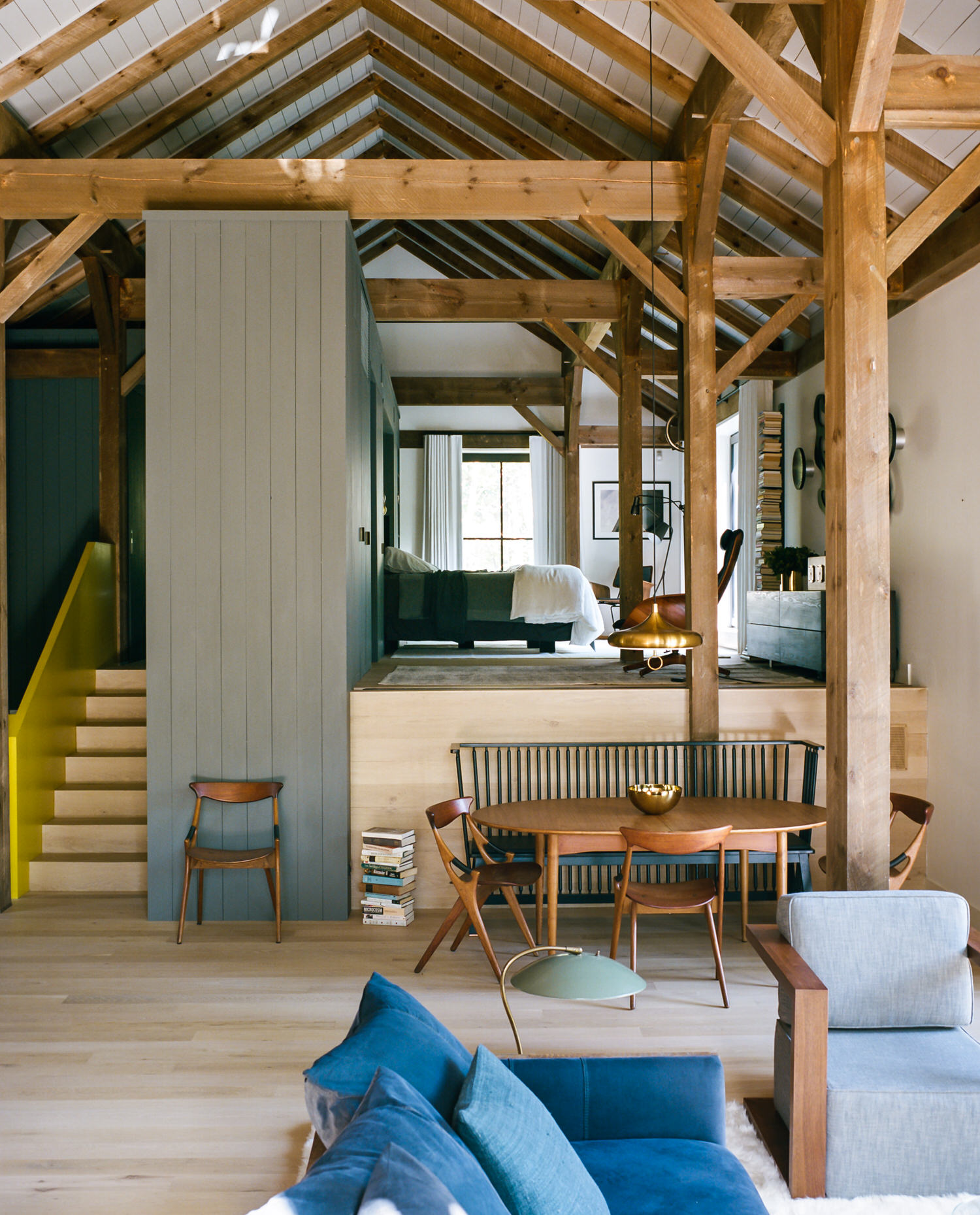 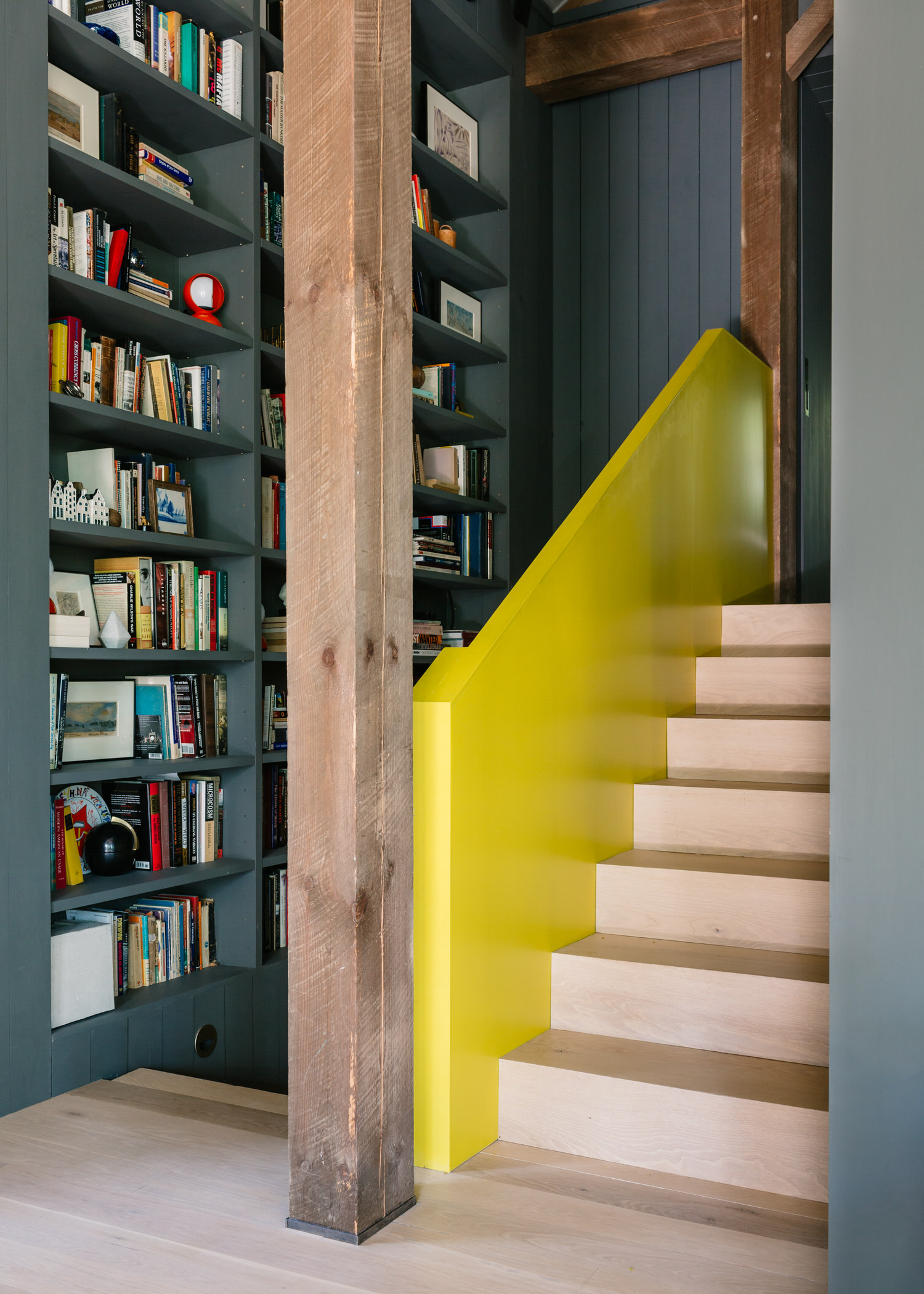 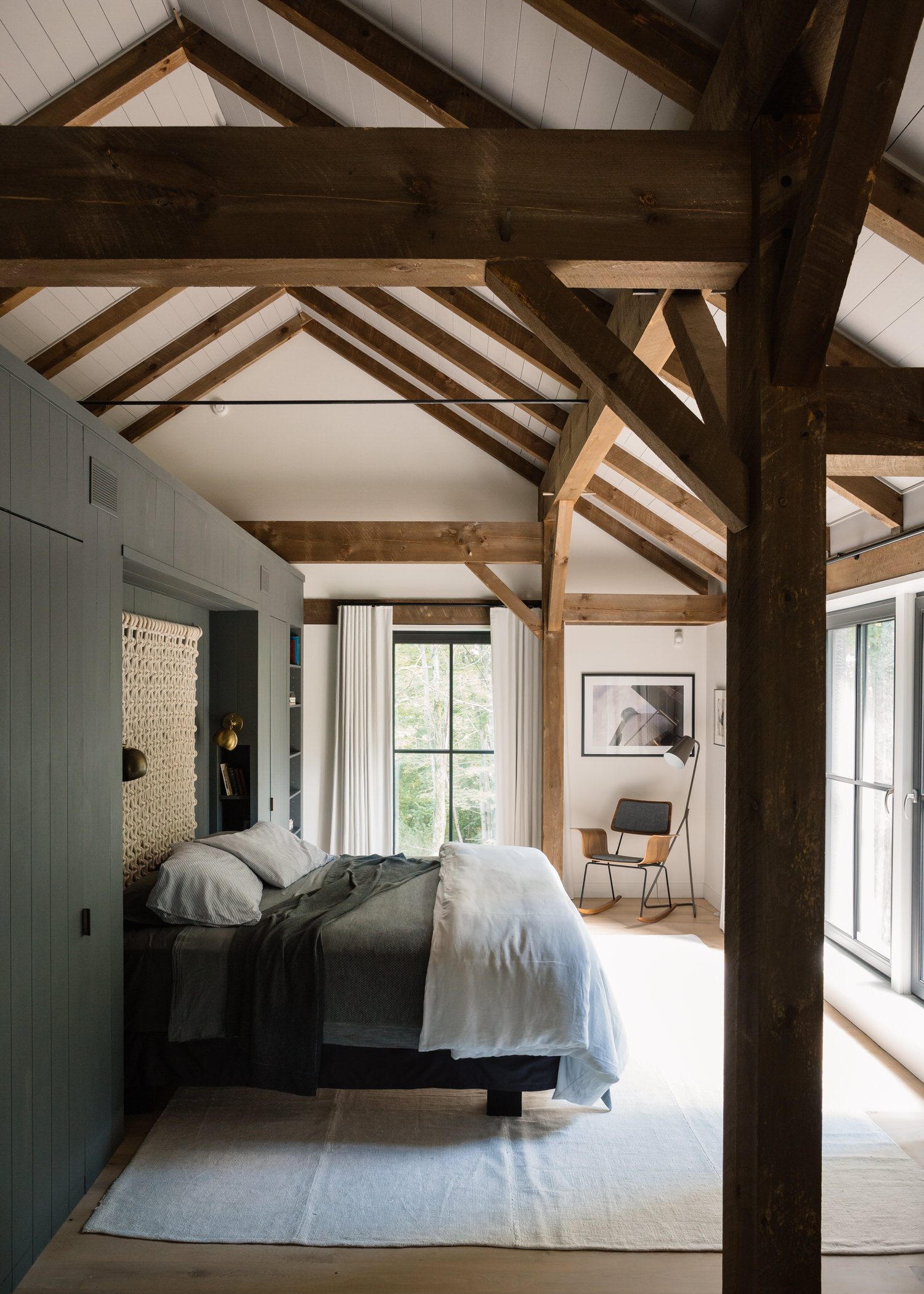 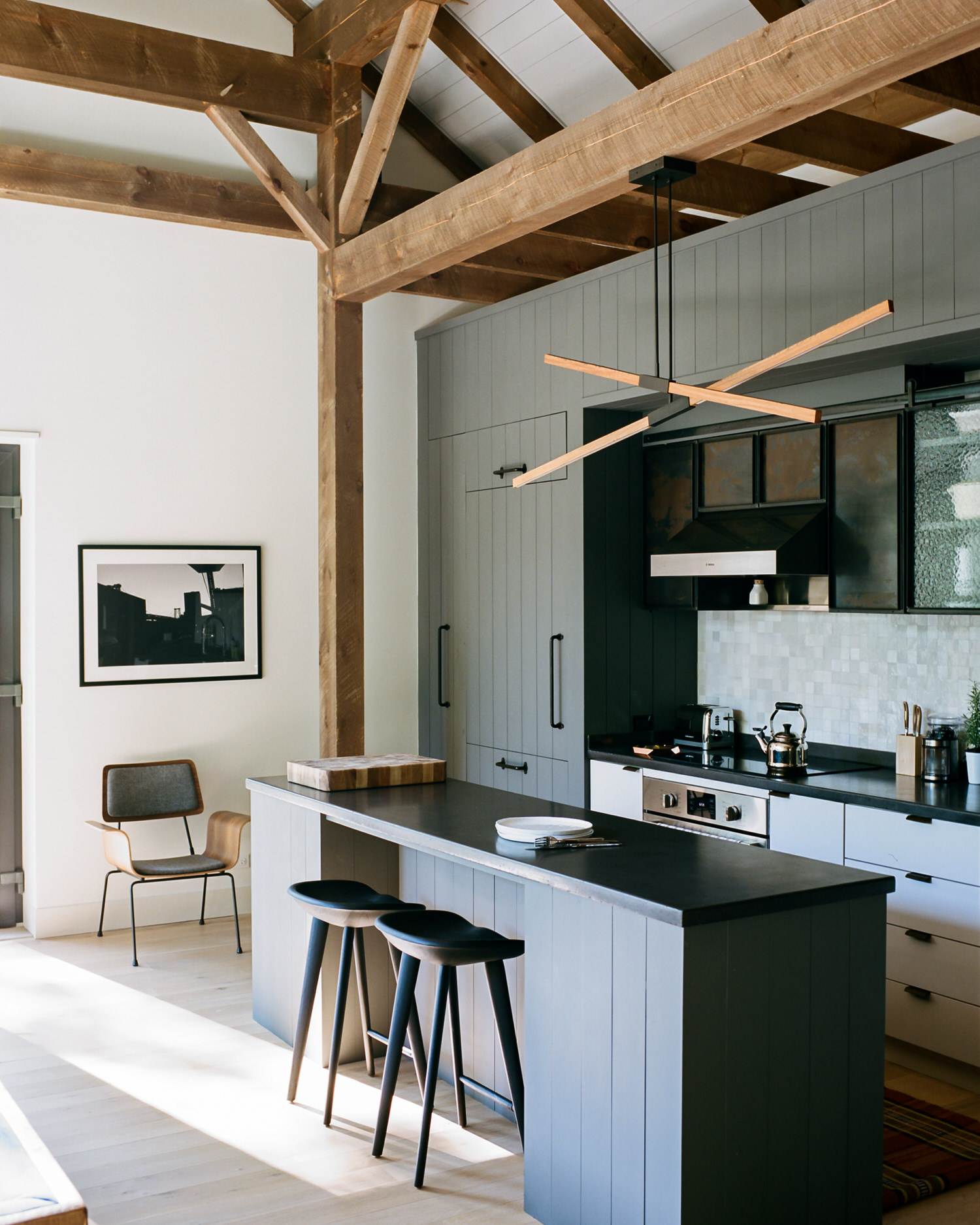 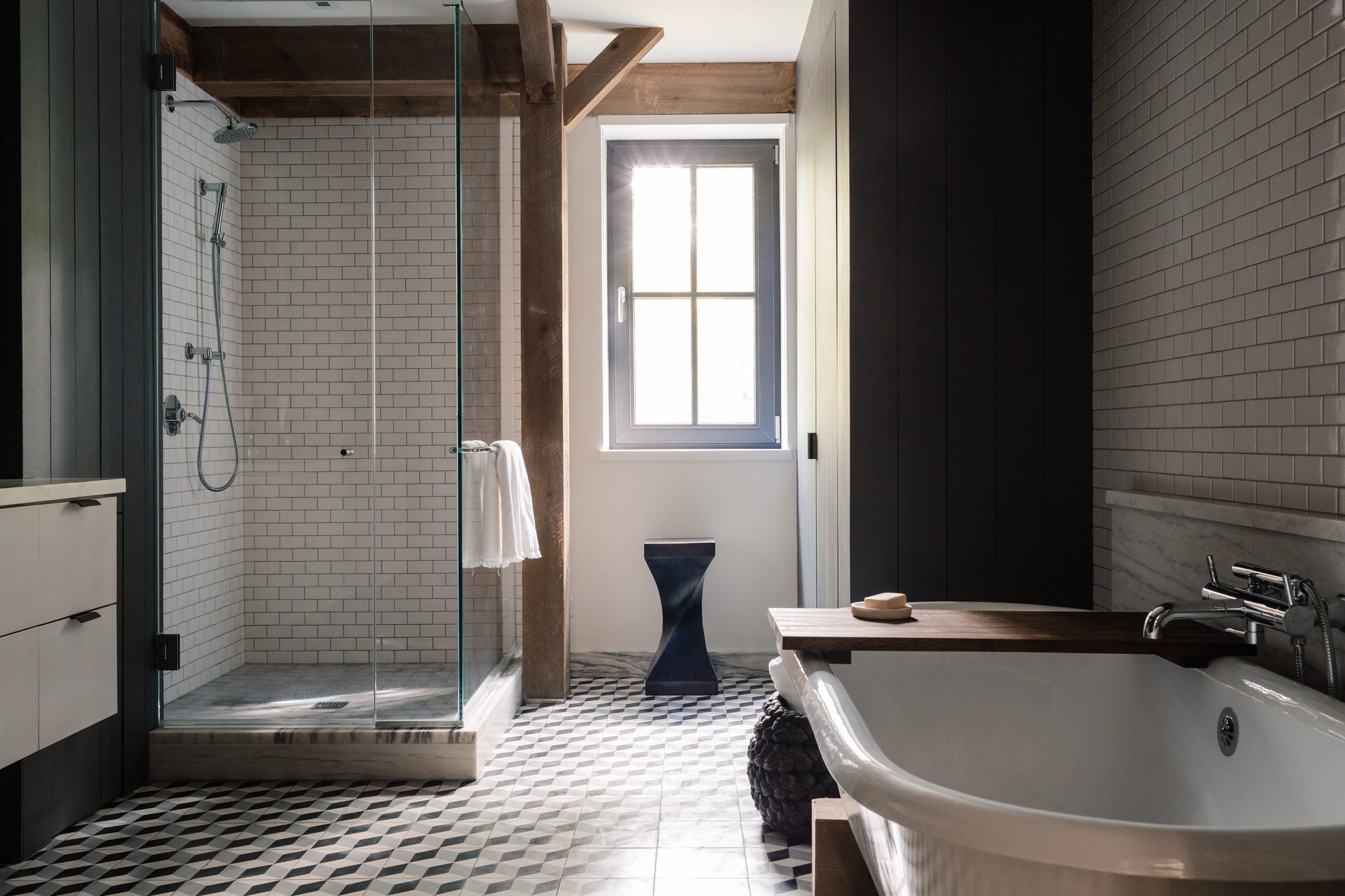 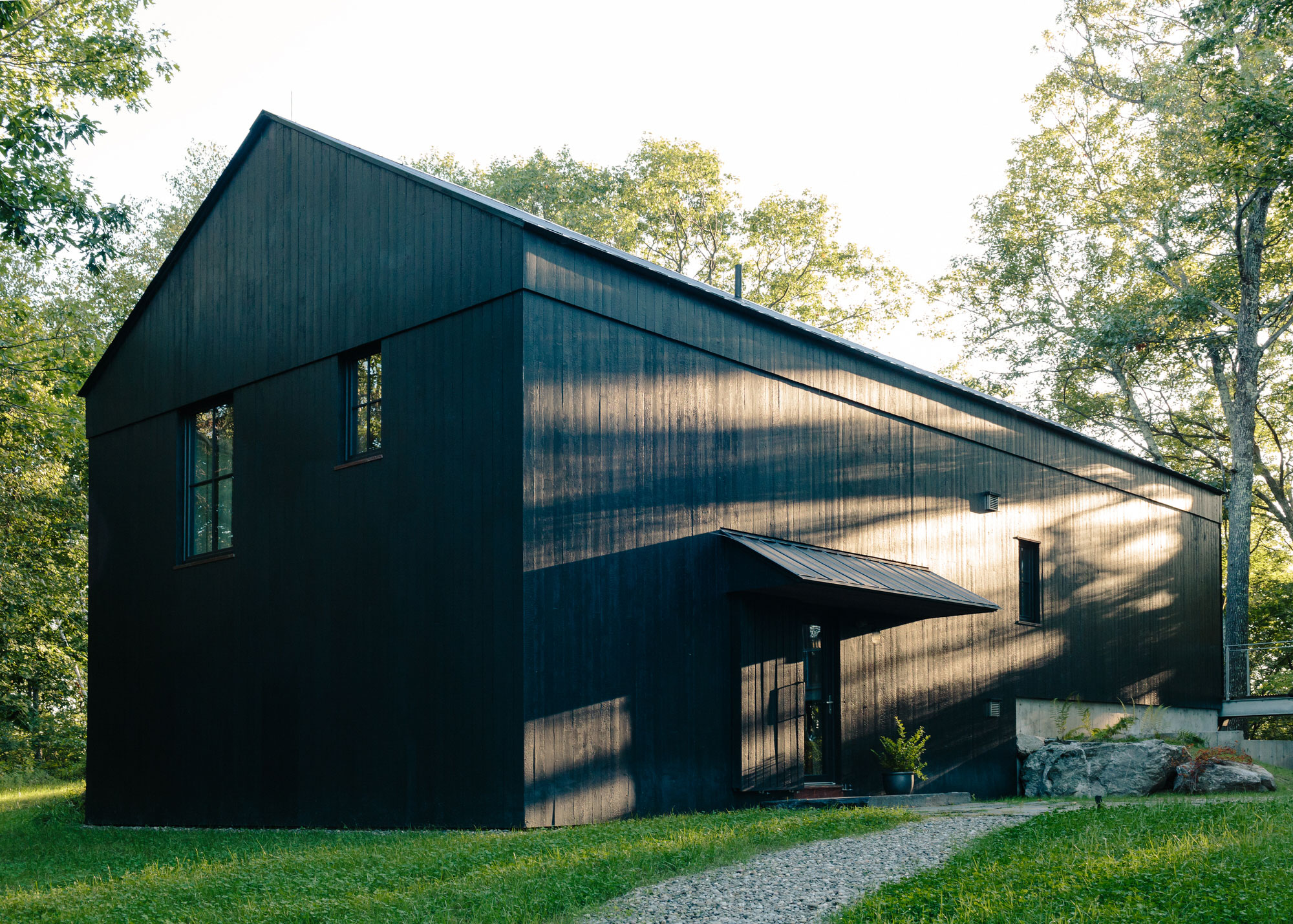 Against the farmland of Hudson Valley, just two hours north of New York City, stands a striking . Informing the passive design for the entire project, the 19th Century building was transported from a nearby property. With black siding and bright-red window frames, it feels simultaneously restrained and full of energy, an ethos that can be felt across the entire eclectic compound.

A collaborative effort between homeowner Ian Hague and architects , who specialise in energy-efficient homes, this project was the perfect fit for the kind of work the firm is passionate about, having designed architect Dennis Wedlick’s own passive-solar house in upstate New York.

The property is split into distinct private and public spaces. The 325 square metre barn, which can be seen atop a hill from the country road, is intended as a space to gather. Youthful and vivacious, it features quirks that capture the whimsical side of the homeowner. An indoor tent and rope railed bridge command the upstairs loft while a fireman pole leads to the studio apartment downstairs. Colourful rugs and a wood-burning stove keep the space feeling cosy on winter nights.

The coolest features of the property though tend to be the ones integrating passive design (my only climate-related pun, I promise). A photovoltaic array built into the gable roof keep multiple buildings on the property in power, while a much sexier natural swimming pool and deck sit alongside the barn. The first of its kind in New York state, the pool is filtered entirely by plants and organic systems. Not only a beautiful addition to the compound, it quietly blends into the gentle contours of the surrounding greenery. 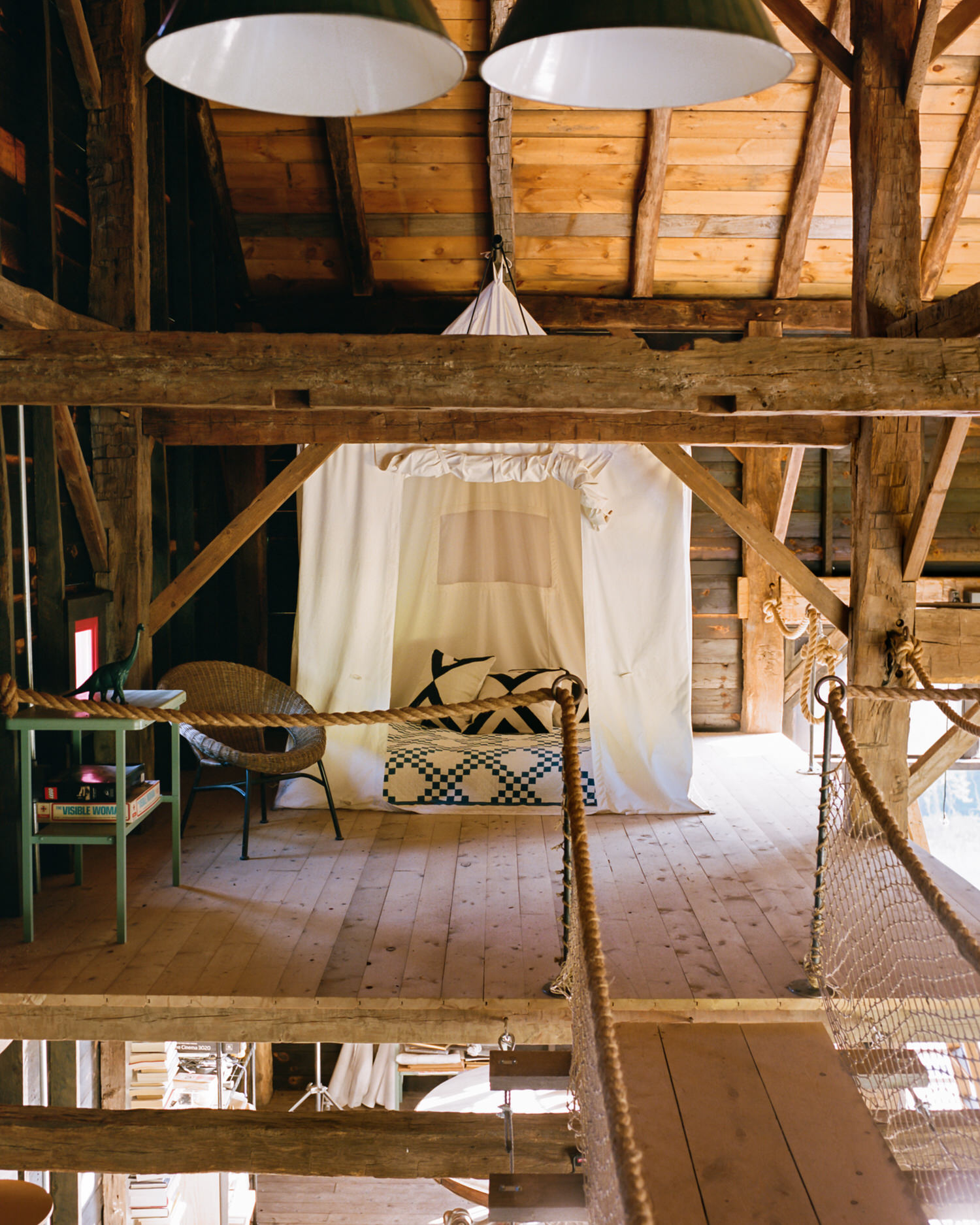 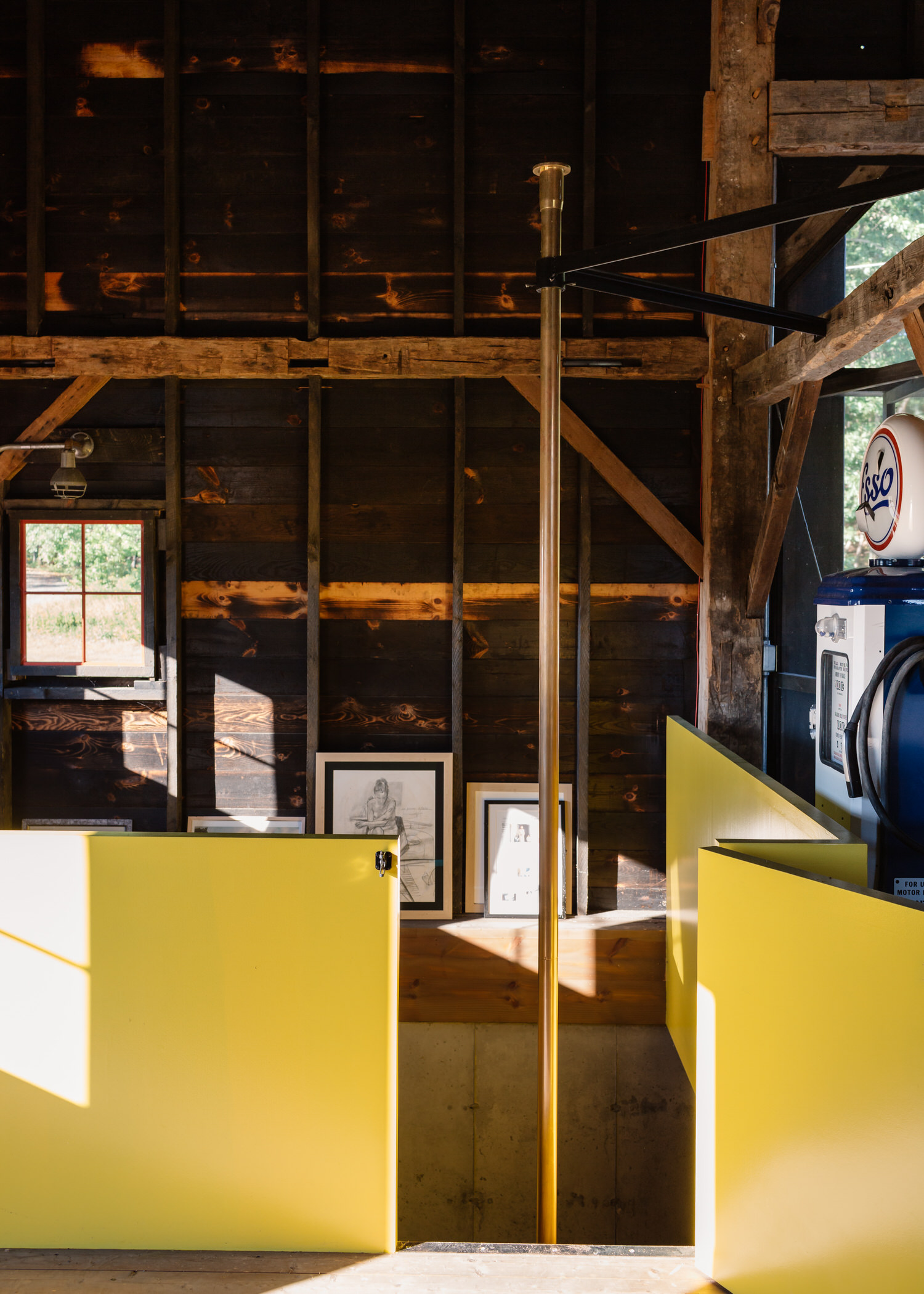 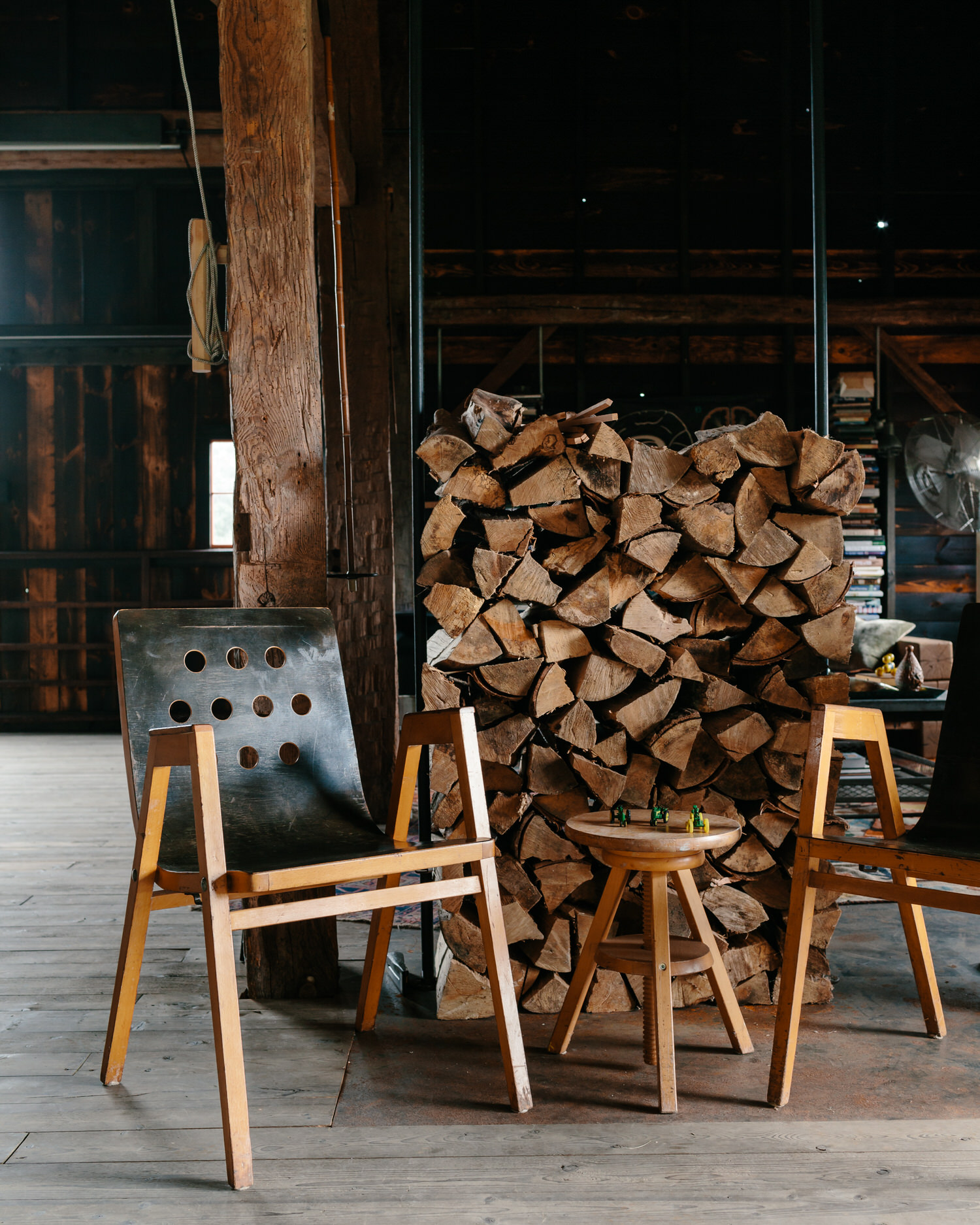 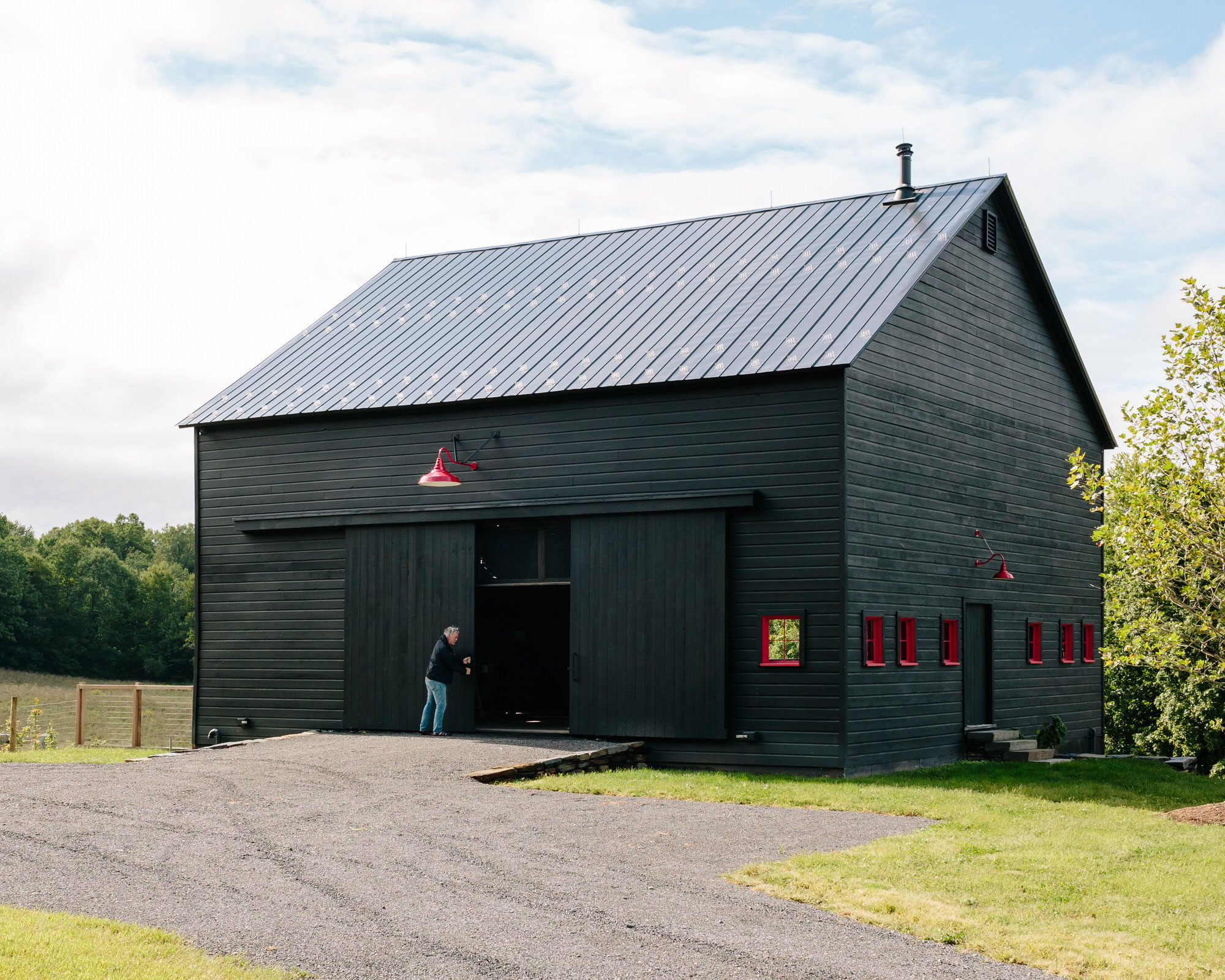 A garage with a green roof peeps out from the earth, ensuring unobstructed views of the Berkshires behind it. One of two Tesla-charging stations can be found inside, hidden in an old-fashioned Esso gas pump to fit in with the mix of existing vintage furniture in Hague’s collection.

Nestled in the trees up the hill sits a more private retreat. The 167 square metre home takes cues from the barn, echoing the architectural vernacular of rural upstate New York.

Constructed from structural insulated panels from Vermont Timber Frames and clad in , the traditional Japanese art of charring wood as a way of preserving it and making it more durable, the building is entirely passive house certified. The brief for the styling was “functional and inviting to touch” creating an intuitive and personal feel within the open plan living spaces.

The jewel of the property is a three-story cedar tower connected to the main house by a bridge. A mammoth playground with a swing at the top, porch seating on the second level and a sauna on the ground floor, it’s an easy place to lose yourself within the landscape.

Rather than finding P efficiency standards constrictive, BarlisWedlick manage to create something uniquely inspired in this multifaceted getaway, tailor-made to the needs of its idiosyncratic owner.