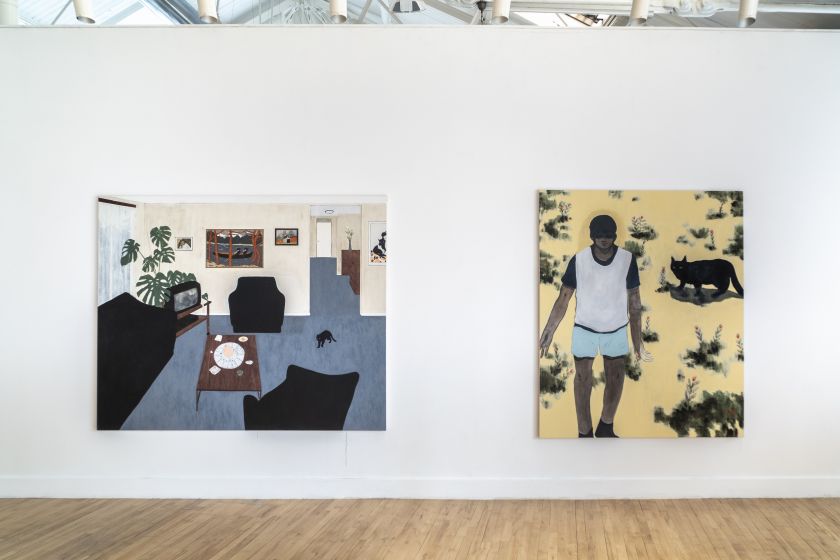 In his new exhibition, , London-based Chilean artist Francisco Rodriguez recreates empty rooms from his childhood memories. Rather than being hung-up on accuracy, these paintings intend to remain authentic to the artist’s own lived experiences.

On display at Cooke Latham Gallery from 10 September until 15 October, with a private viewing held today, The Silence that Lives in Houses turns the quiet interiors of classrooms, sittings rooms and bedrooms into poignant subjects. Composed in a similar way to traditional landscape paintings, these works are a fitting counterpoint to the menacing urban hinterlands and flaming horizons that the artist is known for.

Tapping into spaces that Francisco occupied during pivotal moments in his life, these paintings are loaded with subdued details if you know where to look. These include a classroom strangely devoid of chairs, a fragment of the Manifiesto Zapatista written on a blackboard, and black cats that create a sense of safety.

Rather than working against each other, the numerous disparate reference points of his childhood appear to pull together to create a uniquely distinctive visual language. “Rodriguez’s landscapes are defined by strong intervening horizon lines and dominating skies,” says Cooke LathamGallery. “At first glance the new exhibition is in fact void of a horizon, until one notices the raking angle of the compositions and depth of field achieved through the large expanses of floor.

“The horizon line continues in the soft join of floor and wall. The ceilings of the rooms are cropped to a narrow margin. The agoraphobia of the limitless horizon has been replaced by the comfort of the four walls while the edge of the canvas acts as a proscenium to the empty stage within.” 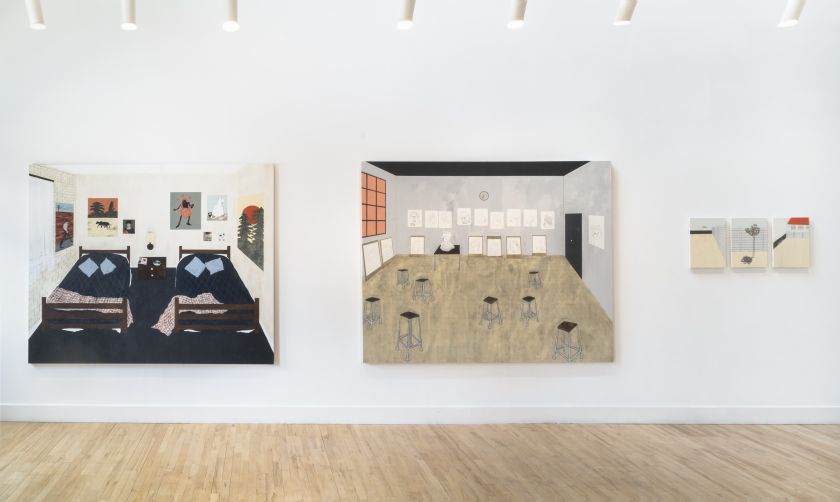 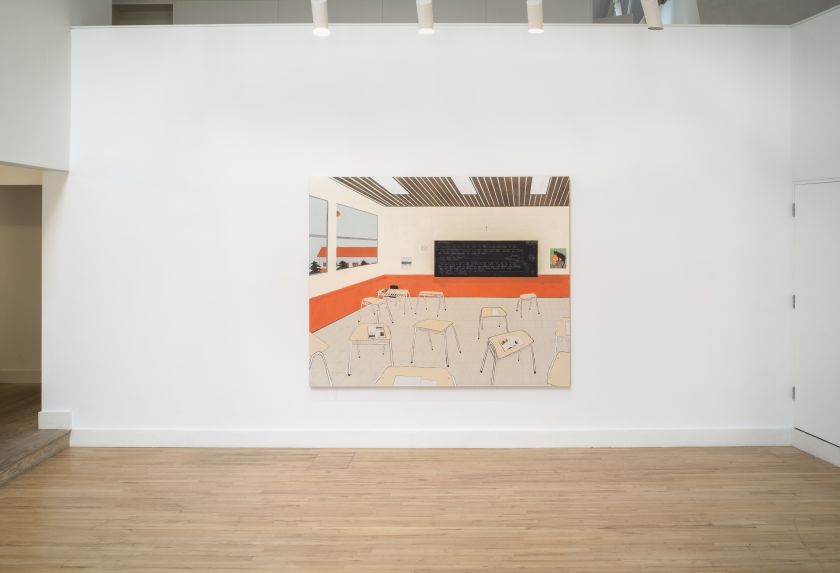 The title of the exhibition is taken from a 1947 painting by Henri Matisse, and is even borrowed and updated as the name for one of Francisco’s paintings, The Silence that Lives in Houses, 2021. This piece depicts the living room in his childhood house, and draws on a variety of surprising influences.

“The bold colours are reminiscent of Japanese woodblocks, while the furniture is reduced to the unmodulated decorative plains of the Fauvist school,” the gallery explains. “A cat, flattened to a silhouette, pads across the canvas. Recurring throughout the exhibition as a domestic motif, the cat is used by Rodriguez to symbolise safety; dogs prowling outside are the menacing antithesis.” 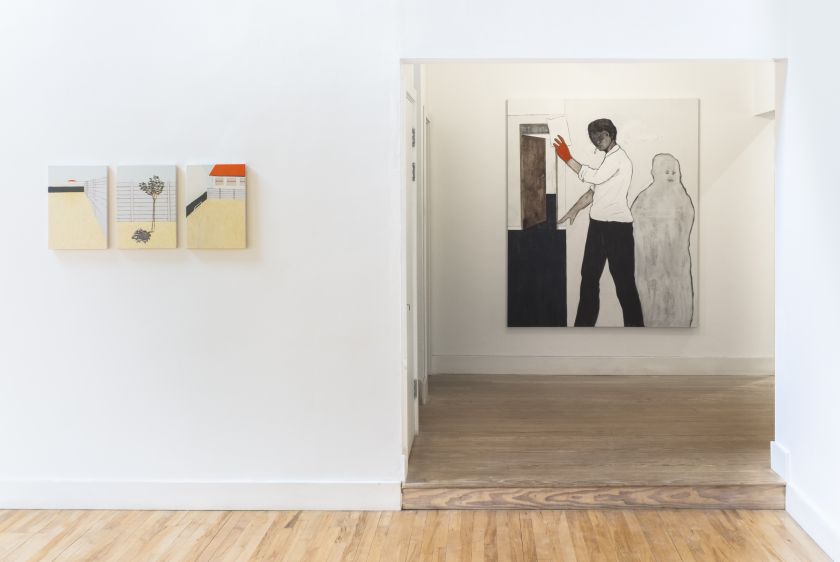 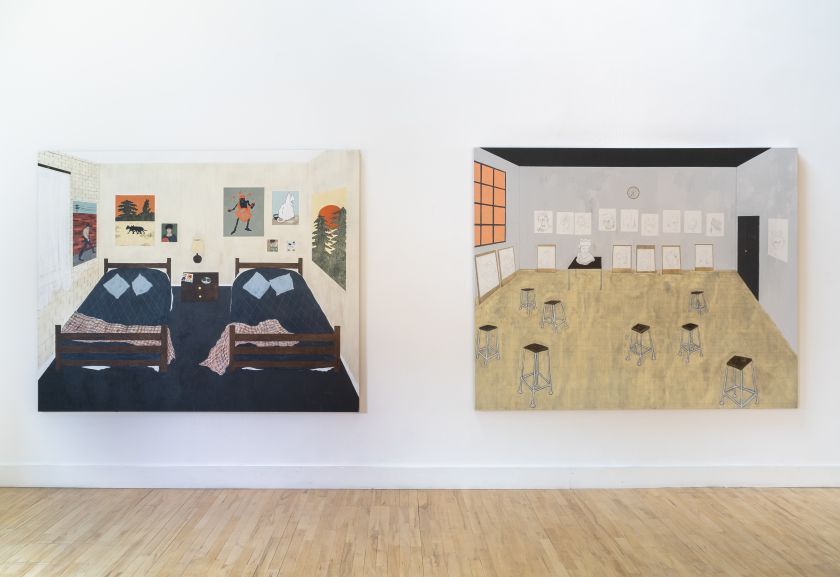