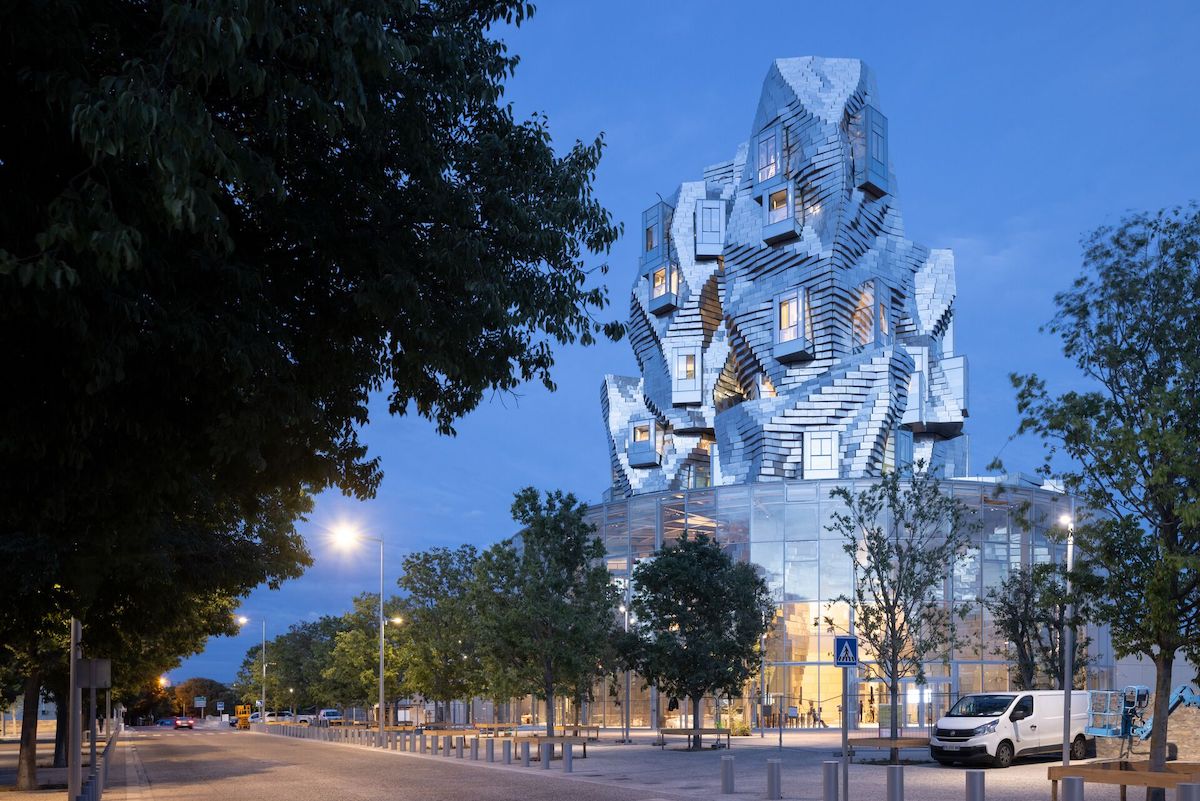 Architect has recently completed a shimmering stainless-steel tower for Luma Arles. The tower is part of a larger complex in Arles’ Parc des Ateliers which will be full of projects by famous designers such as , and Frank Gehry. The tower is described as the focal point of the entire development.

According to Gehry, the design of the tower was inspired by local history, including the fact that one of Van Gogh’s most famous works was painted nearby. “We wanted to evoke the local, from Van Gogh’s Starry Night to the soaring rock clusters you find in the region,” explains Gehry. “Its central drum echoes the plan of the Roman amphitheater.” On top of this amphitheater sits the dynamic twisting tower which can easily be spotted from afar. 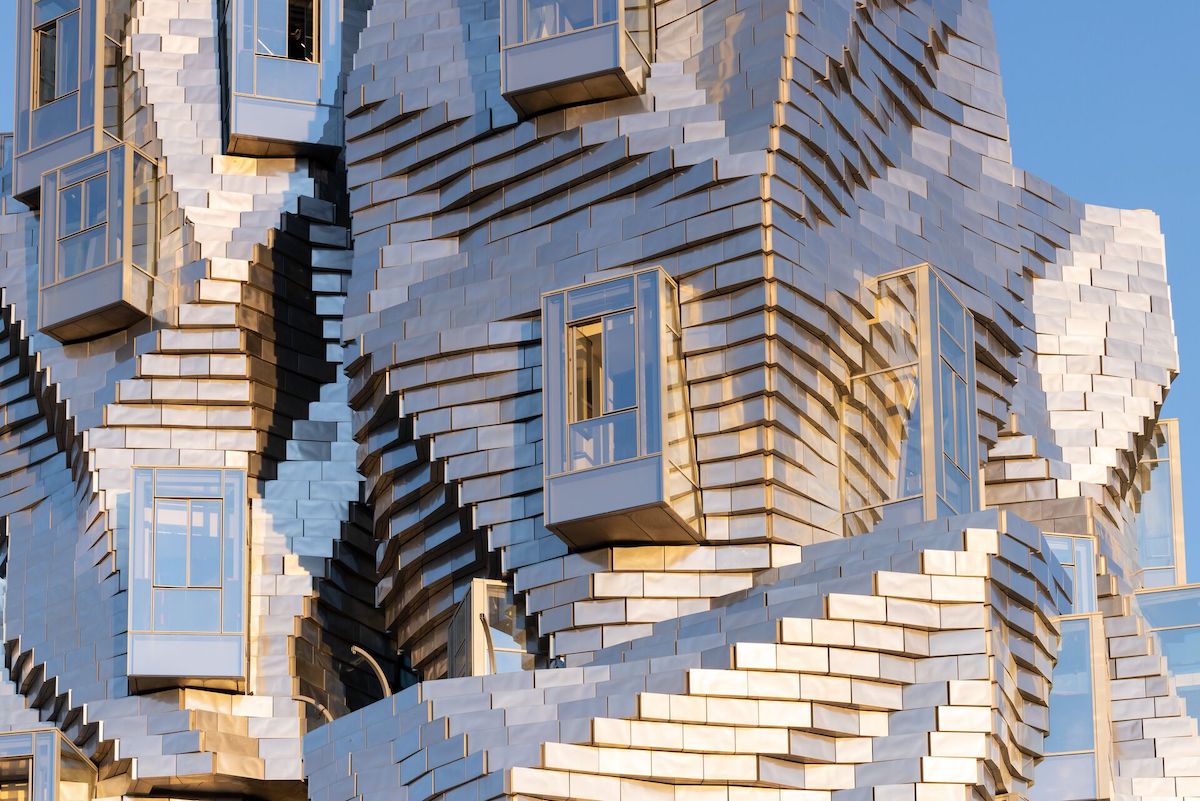 The shimmering façade is made up of about 11,000 stainless steel panels which creating the shifting forms. Boxes with windows disrupt the movement with windows looking out. The movement was inspired by the Les  Alpilles mountain range, which can also be found in Van Gogh’s work. The tower includes exhibition spaces, project areas, research, archive facilities, and other programs that will support the artistic mission of the larger complex.

To learn more about Frank Gehry and his iconic post-modern style, scroll through . 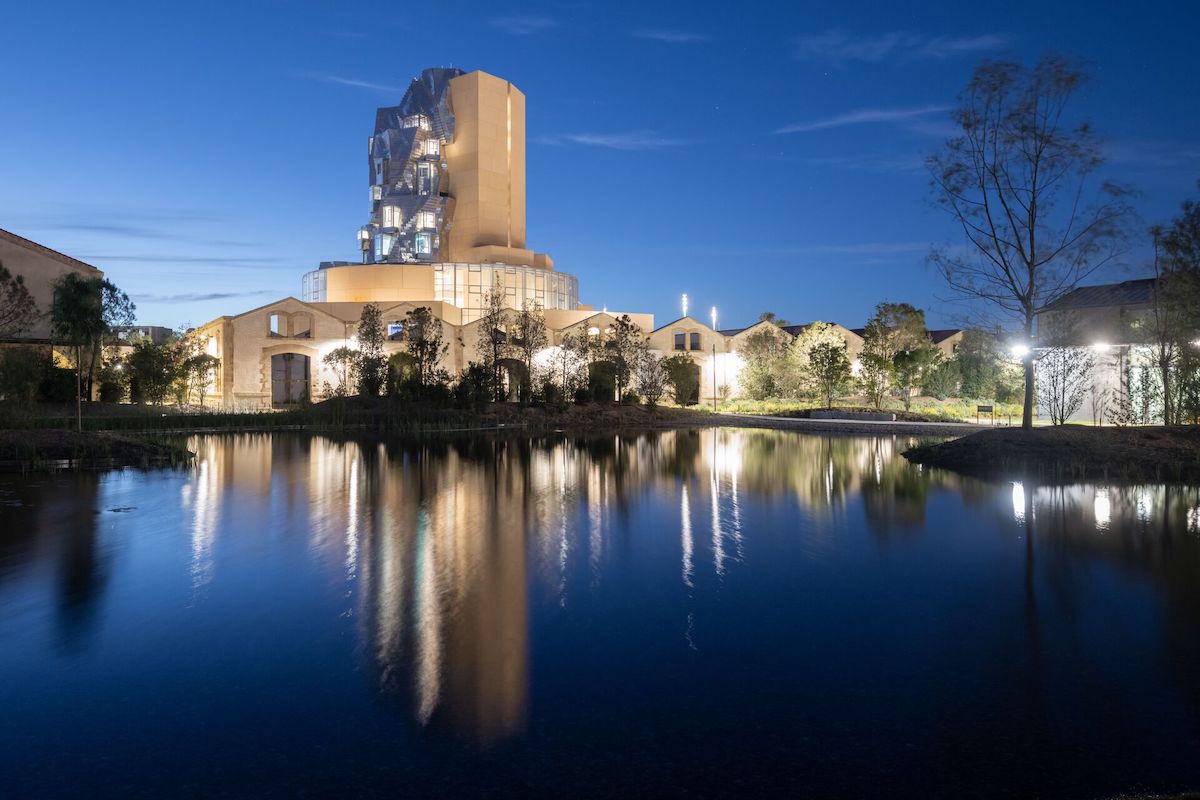 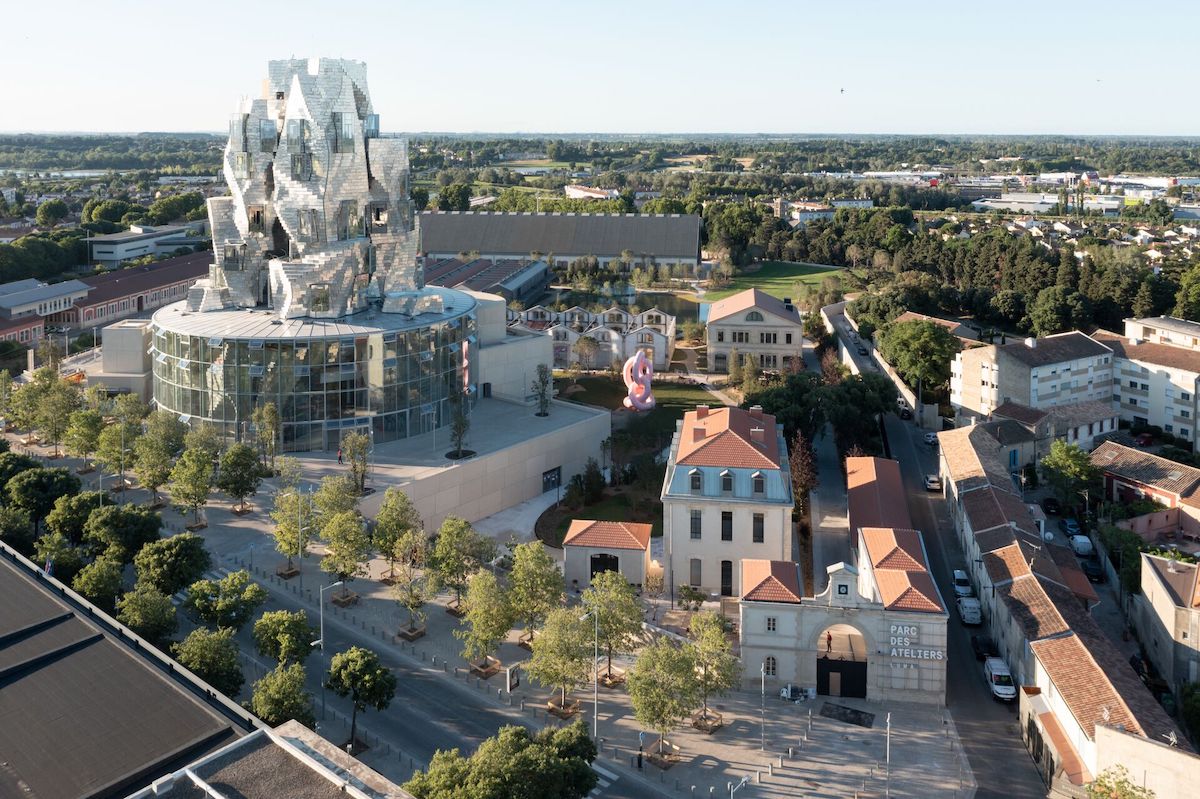 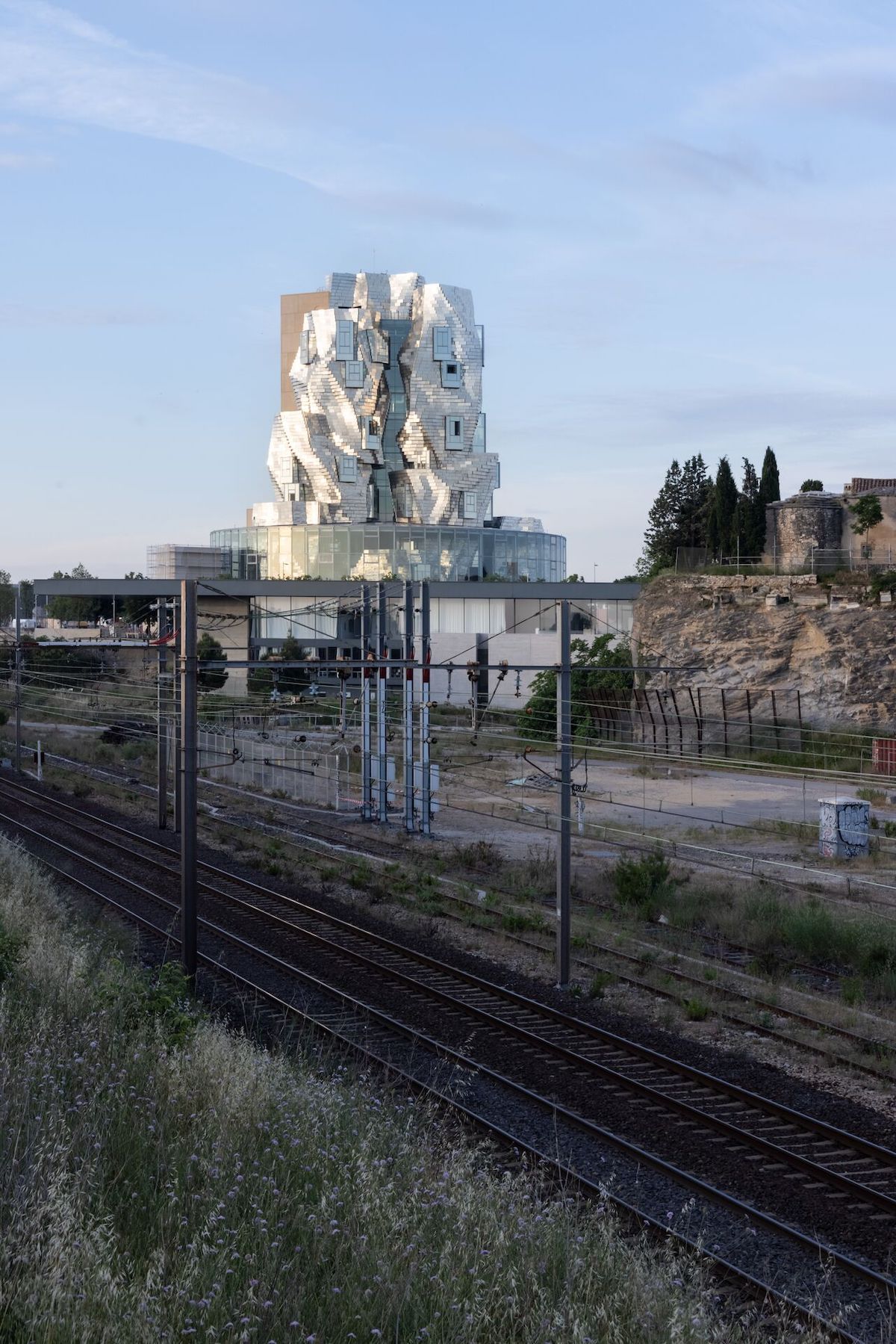 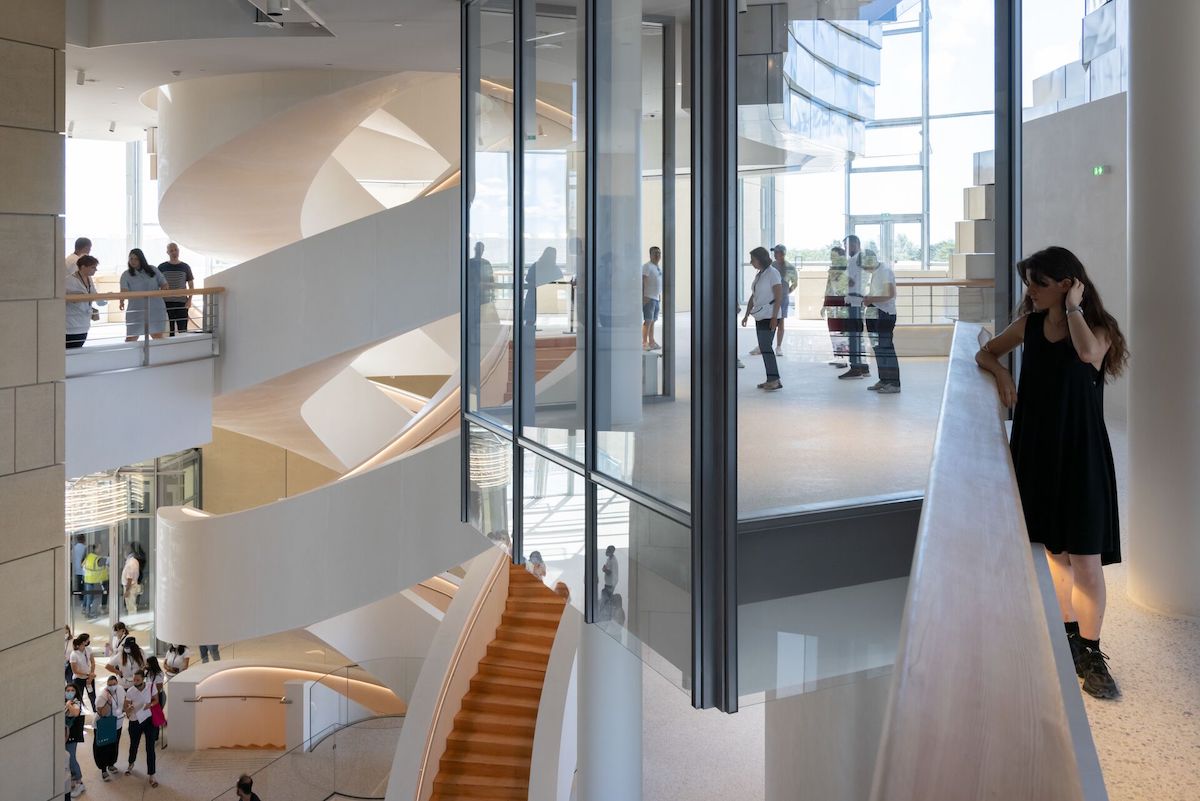 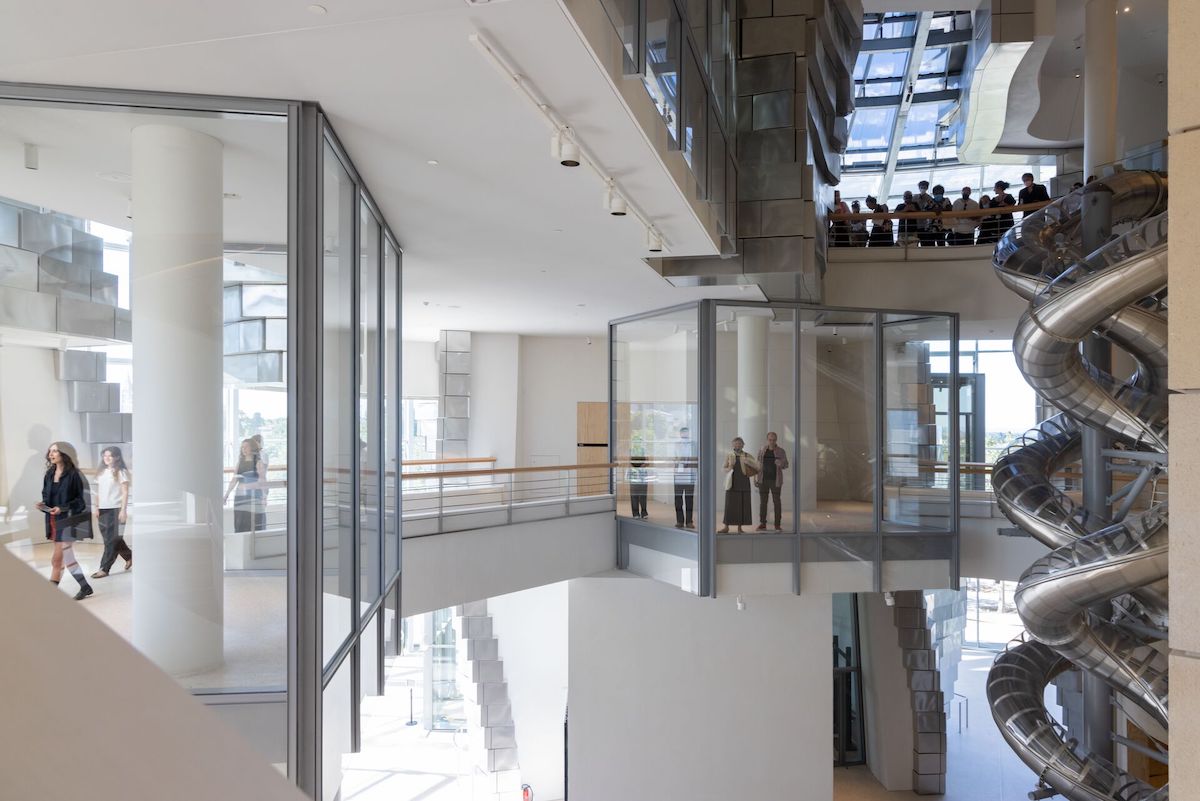 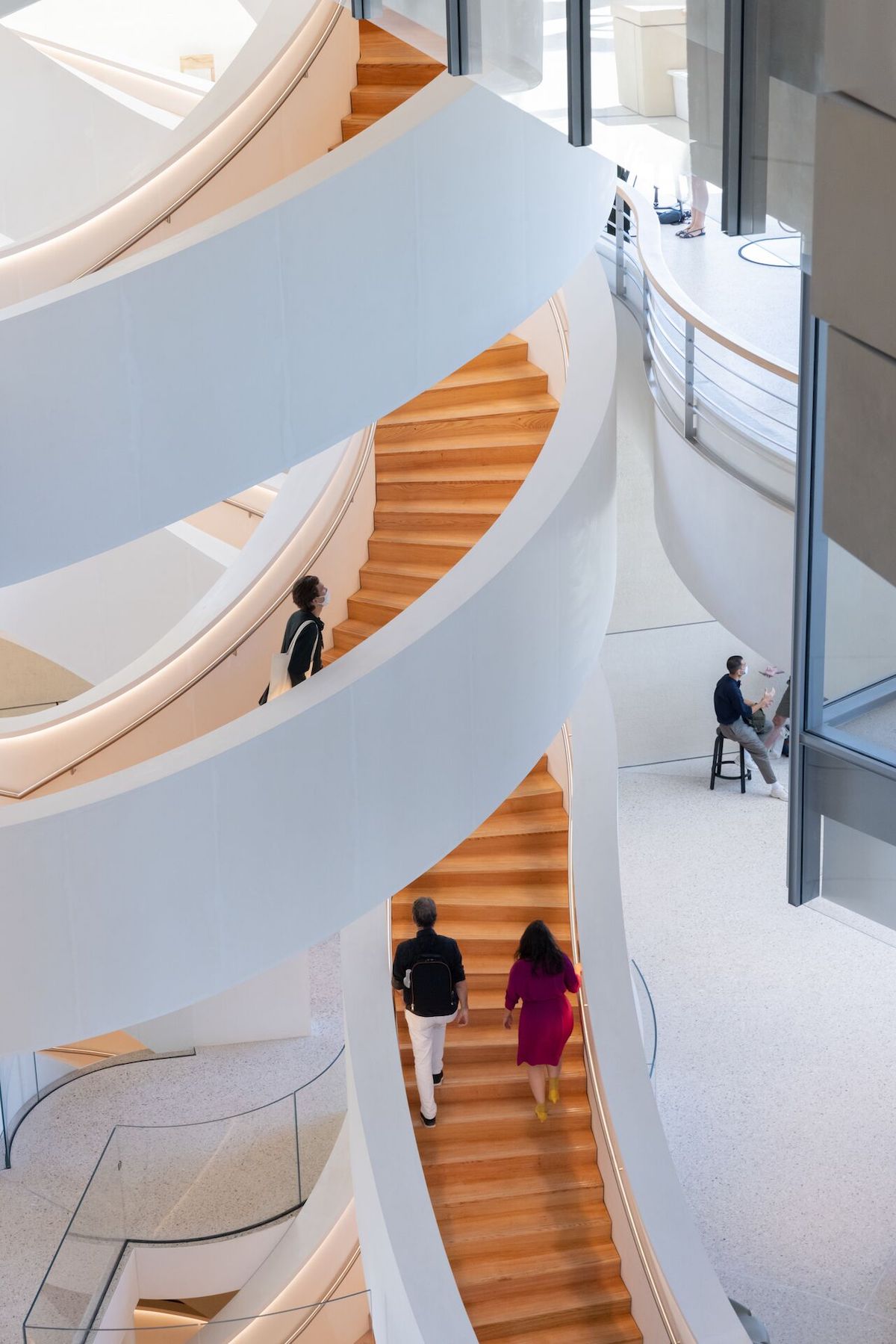 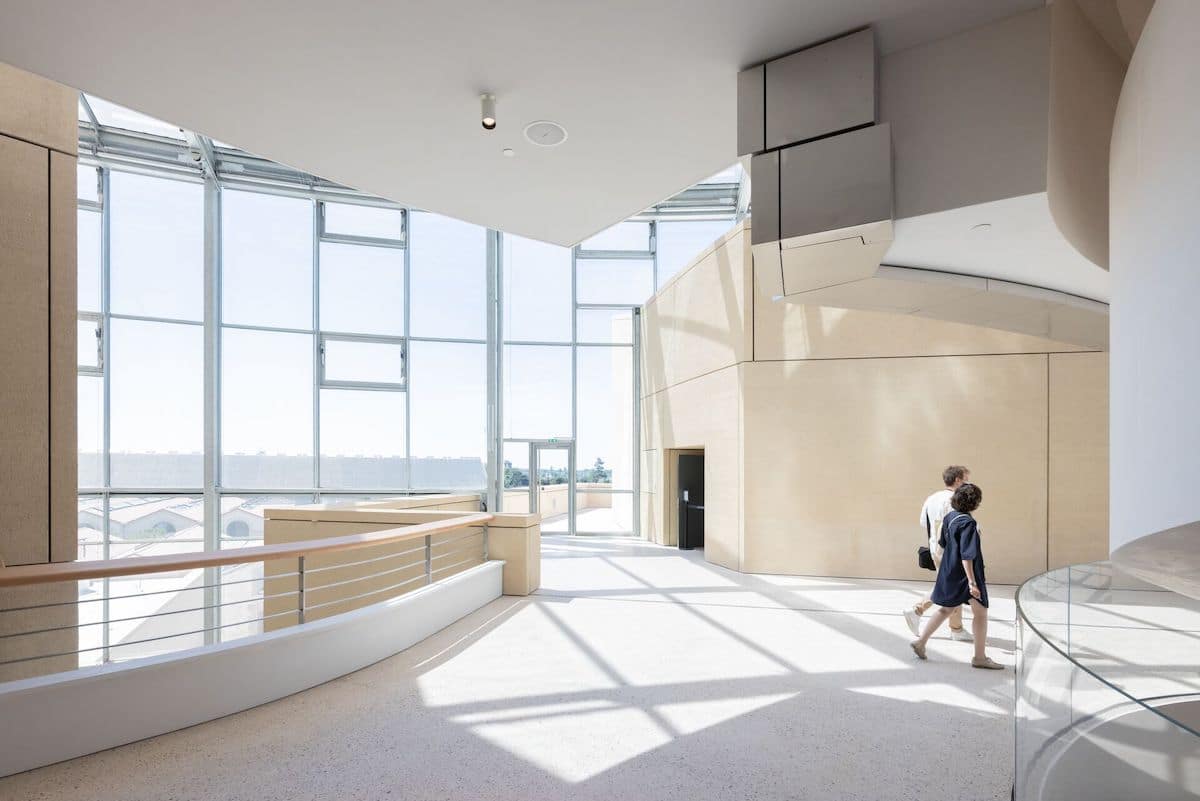 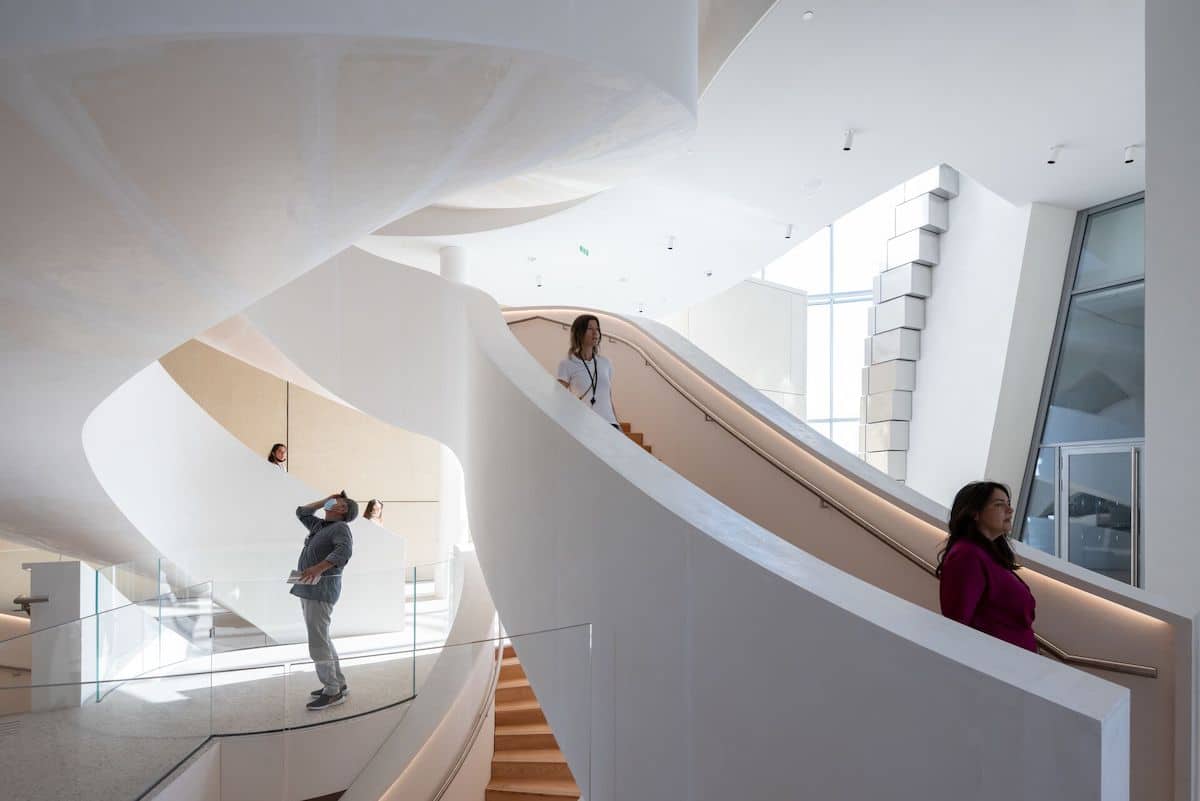 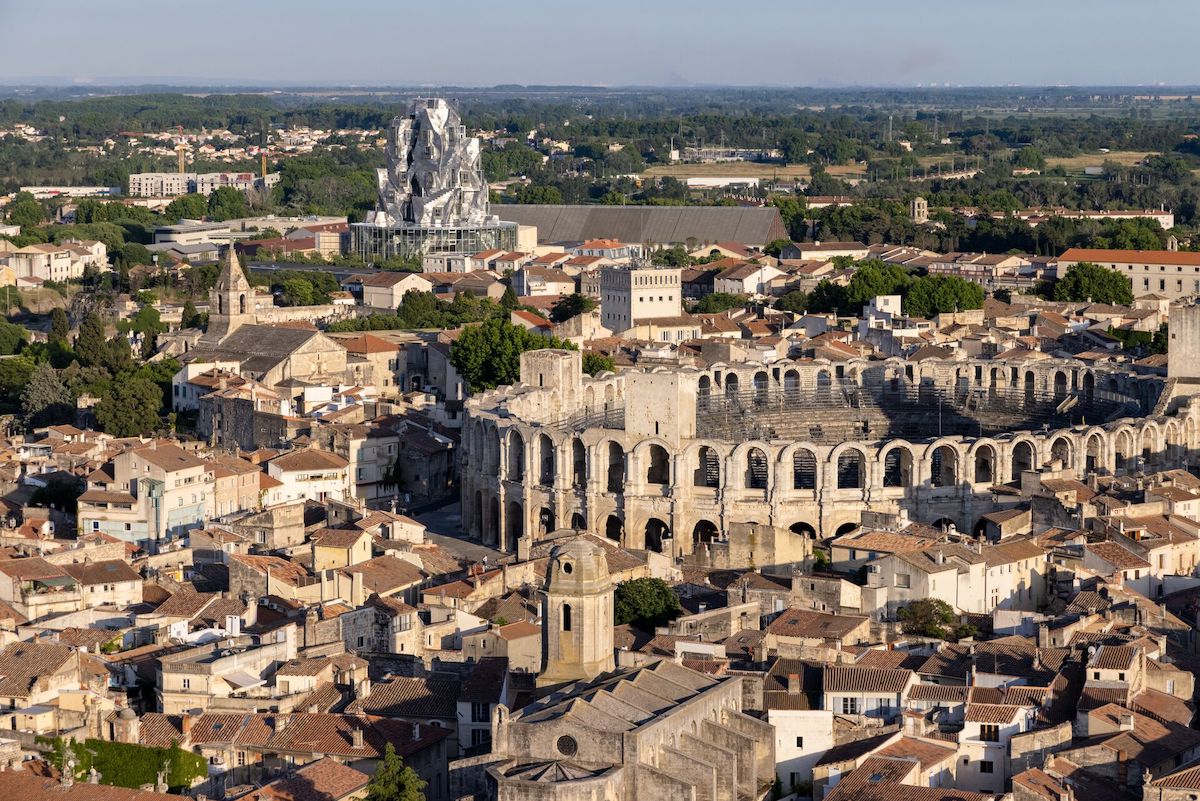 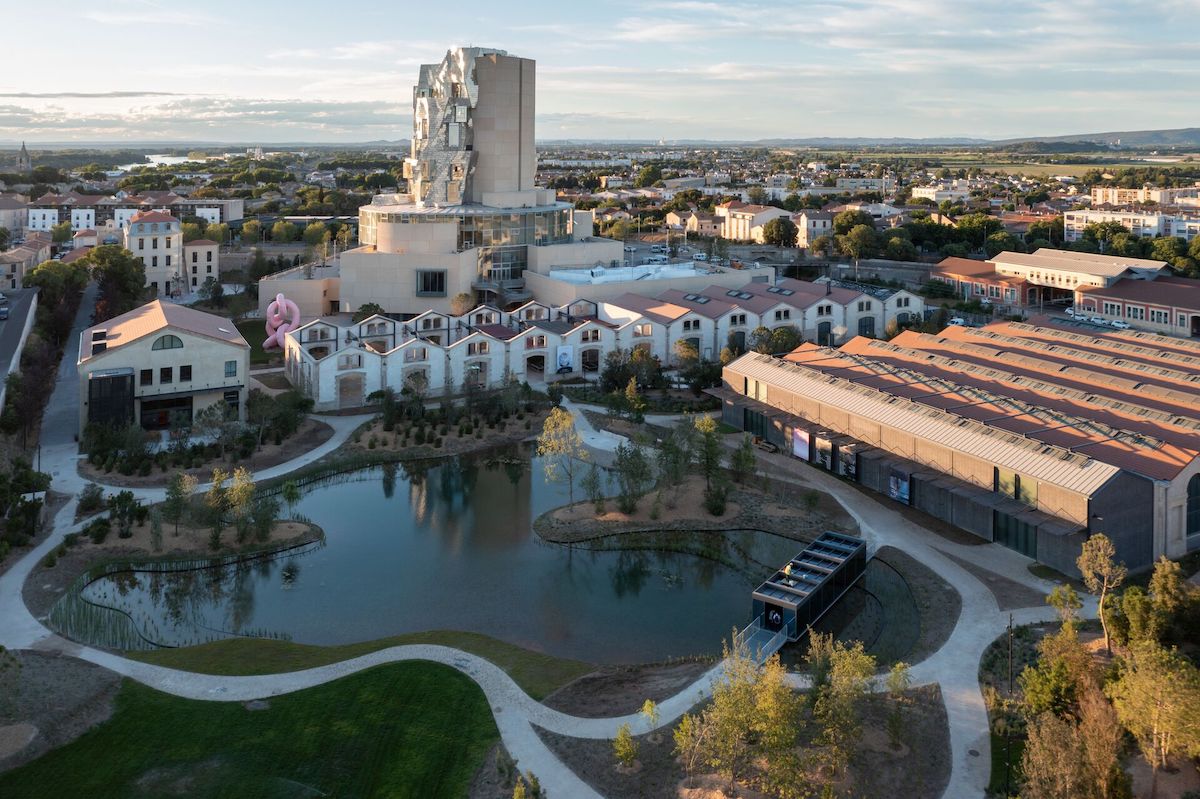 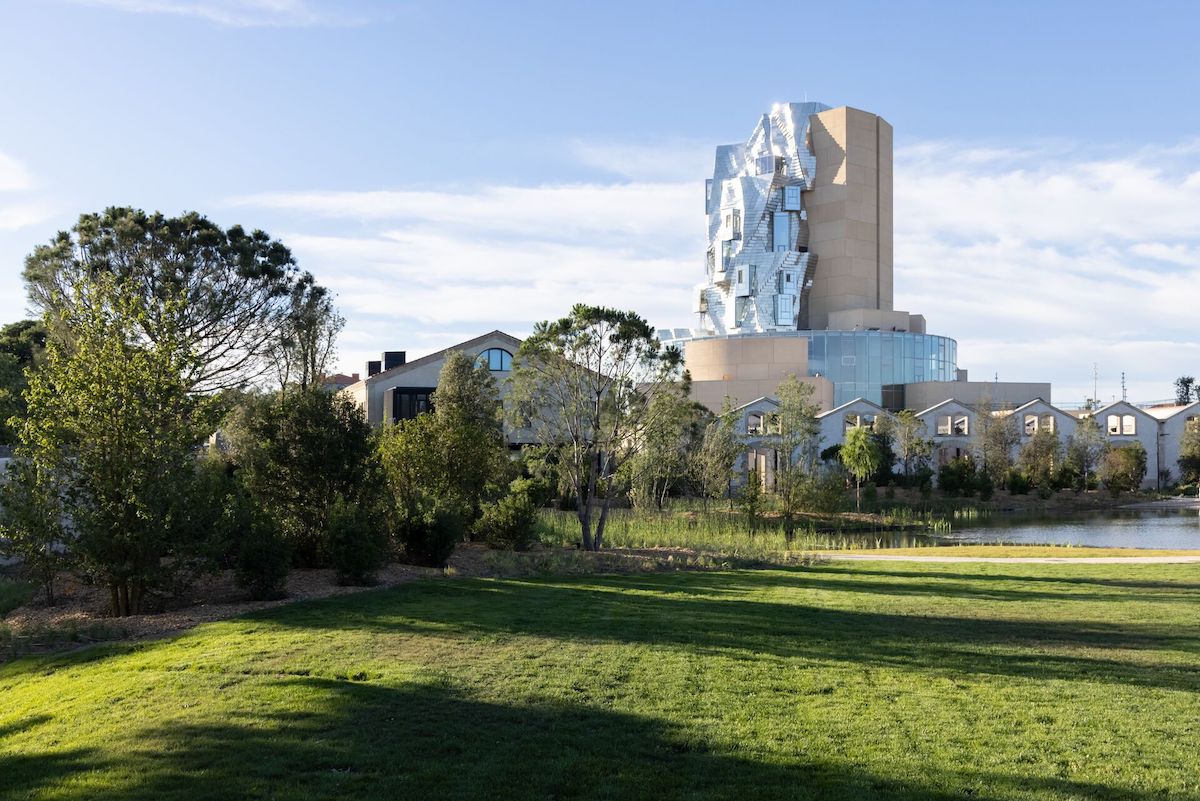 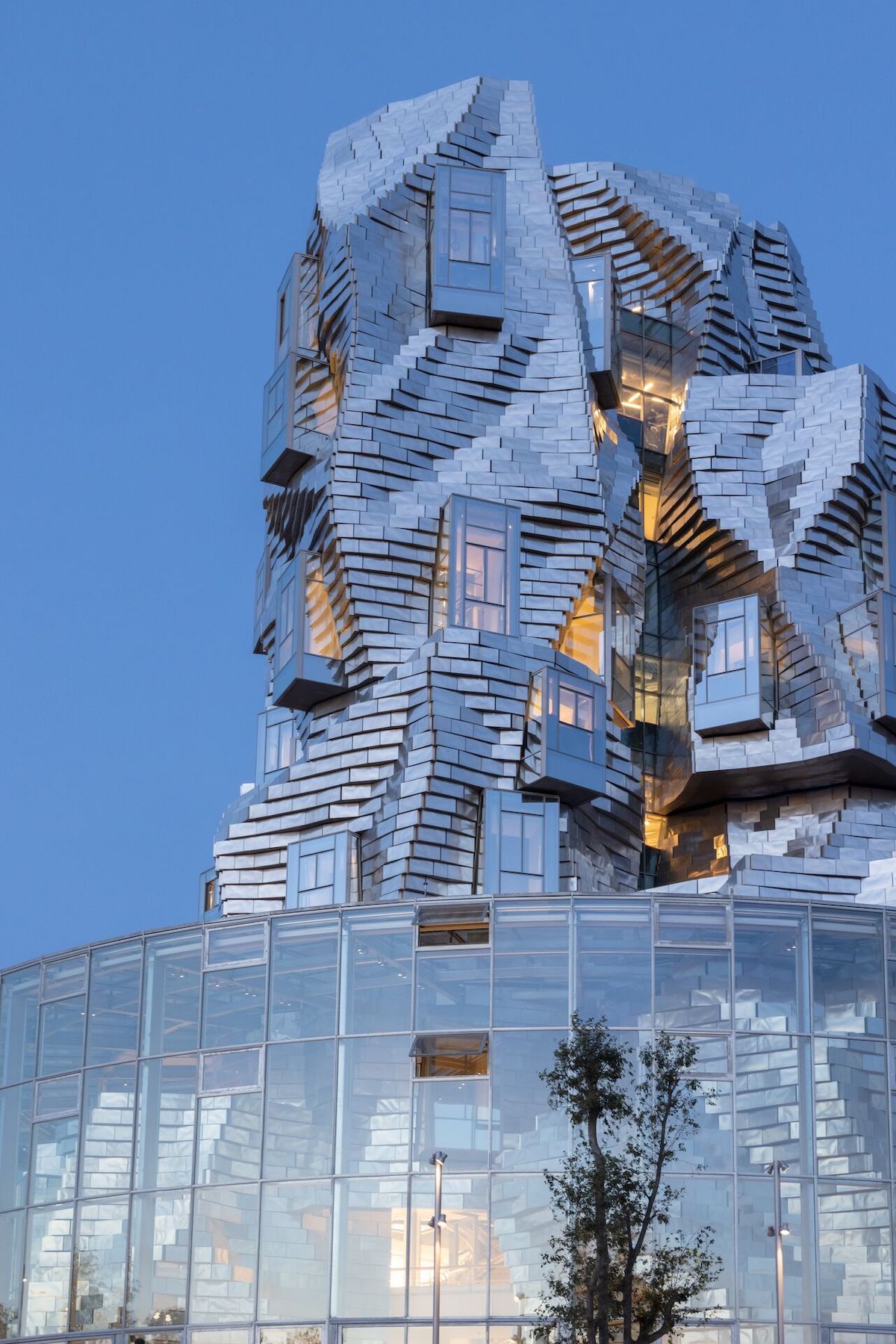 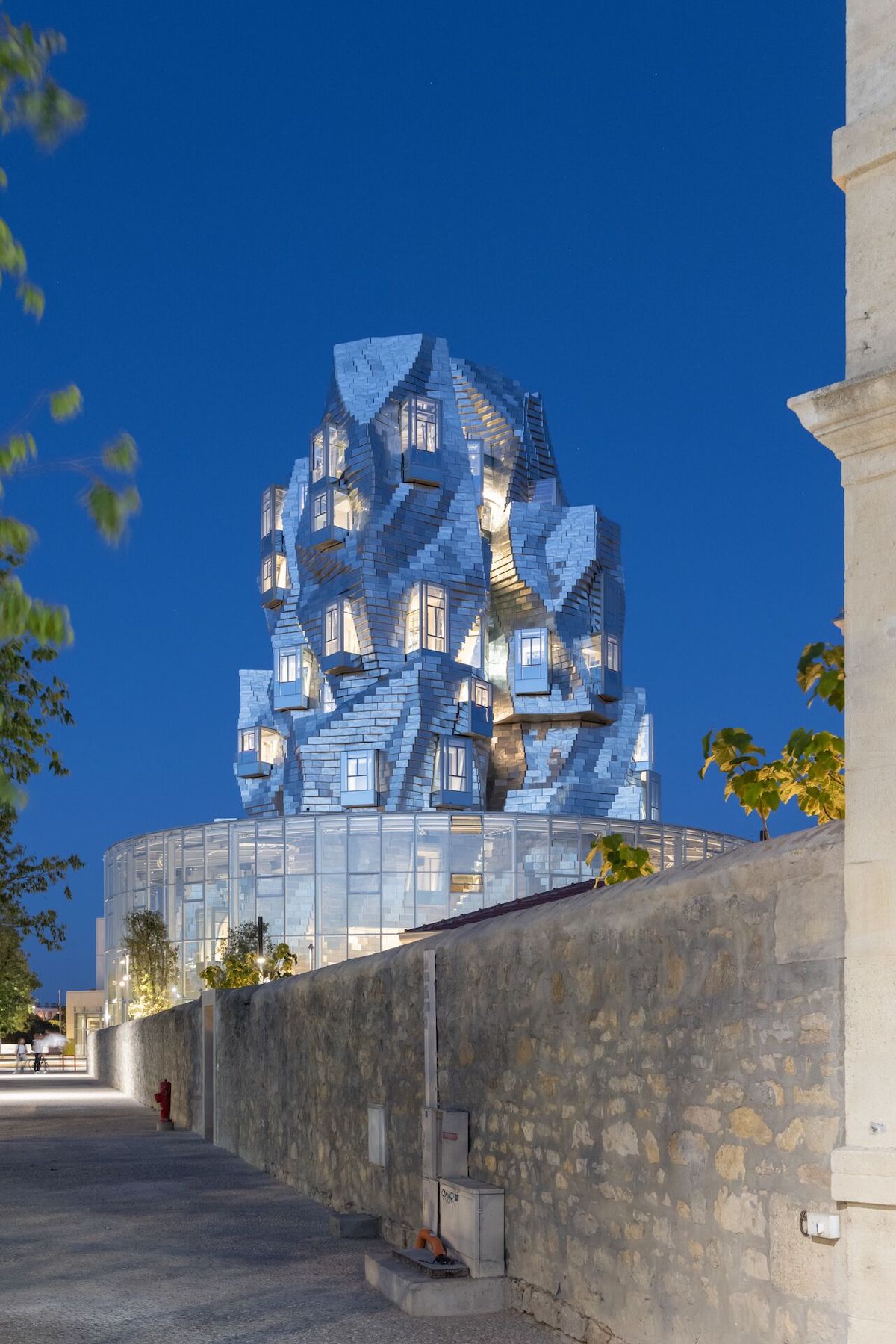