‘Friends’ Newborn Photoshoot Is Packed With Props From the Iconic Sitcom 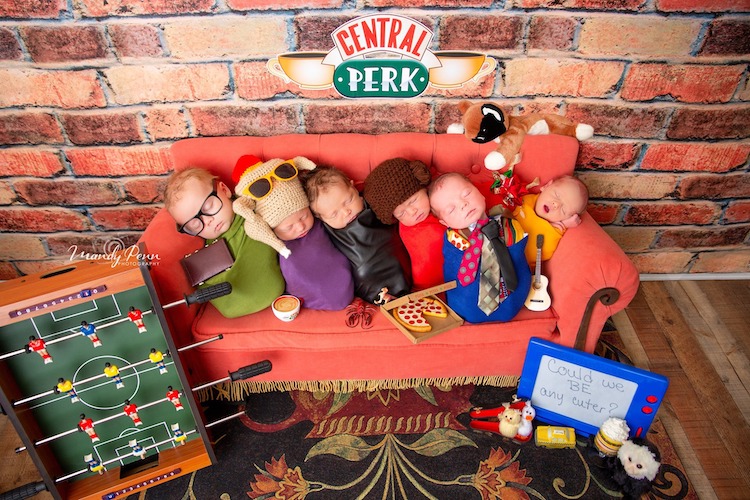 The iconic sitcom Friends premiered nearly three decades ago, but its cultural influence remains undeniable even today. Photographer is getting a whole new generation introduced to the beloved show with an adorable newborn photoshoot. The creative, who is “obsessed with Friends” crafted a themed set and dressed six babies as the cast members and special characters.

Penn had the idea for this special photoshoot thanks to her pal, Ali, a fellow Friends lover and a new mom to a set of twins. With the concept in mind, Penn got to work planning. It ended up taking a village for the concept to come together and turn into something spectacular.

Penn and Ali began by making a list of props that they wanted to include in the photos. This step proved crucial, as the Friends-themed objects are what make the images so fun and successful. Most importantly, Penn knew they needed the famous red couch as seen in Central Perk. This incredible item was made possible by her friend who came through with the custom miniature upholstered couch in just five days. Decorating the couch (and the babies) was made possible by Penn’s friend Denise who crafted the crochet props like the lobster hats and turkey head.

With the planning complete, it was deeply satisfying for Penn to see all of the babies on the couch. A testament to her passion and creative vision, each photo is packed with items that Friends fans are sure to love. Scroll down to see the adorable portraits and see how many of the details you can identify.

Photographer Mandy Penn created an adorable newborn photoshoot inspired by her love of the sitcom Friends. 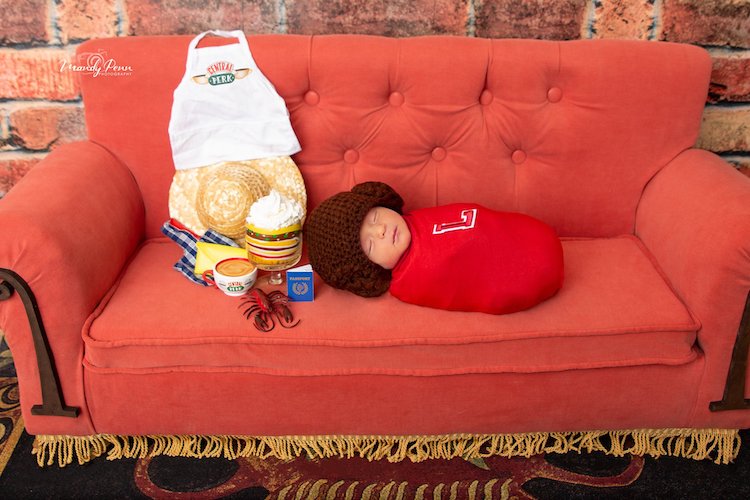 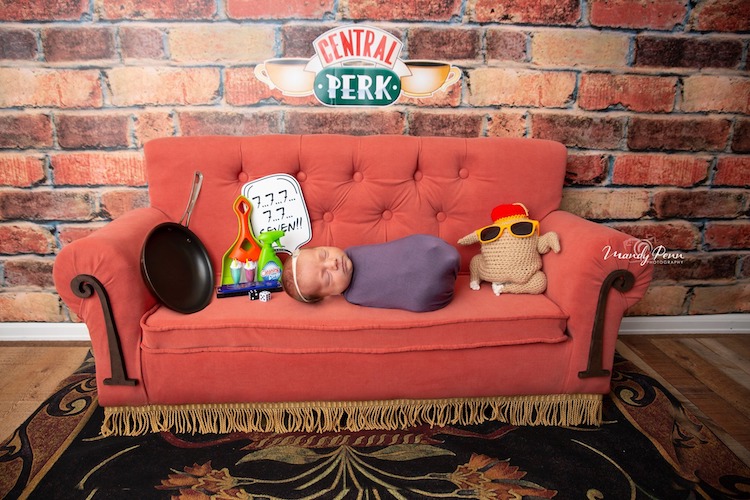 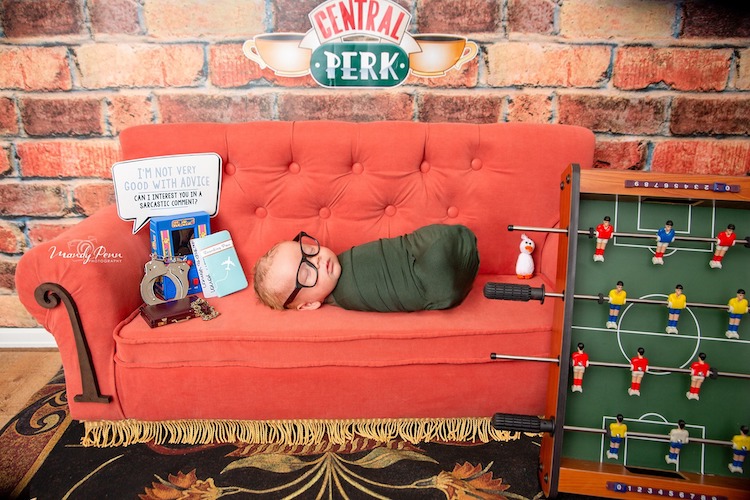 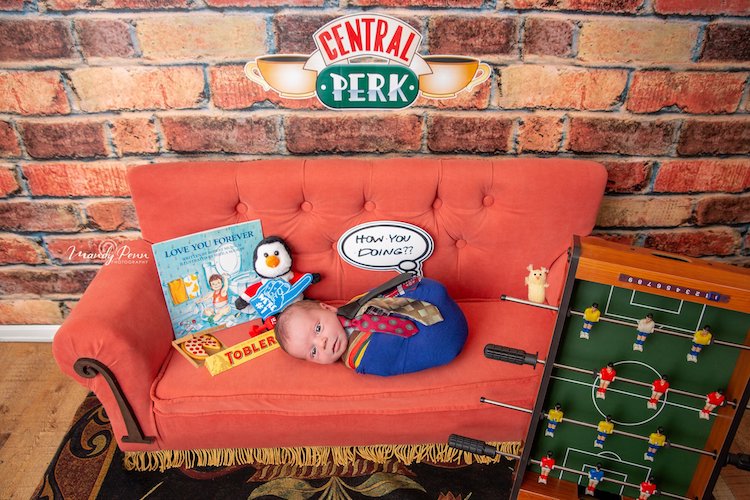 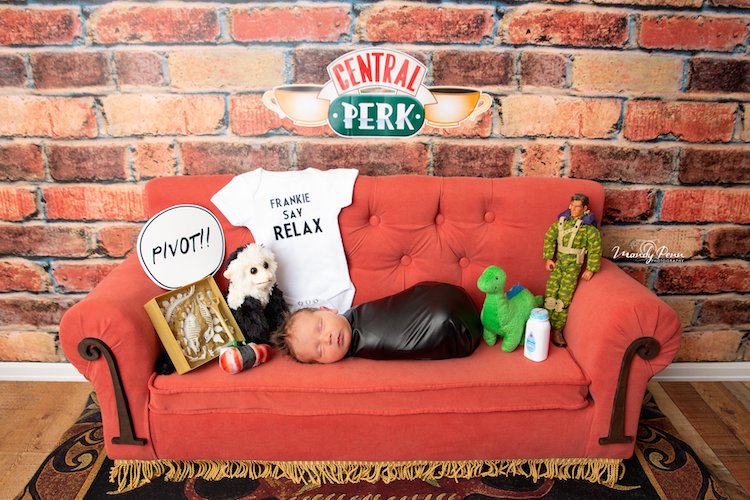 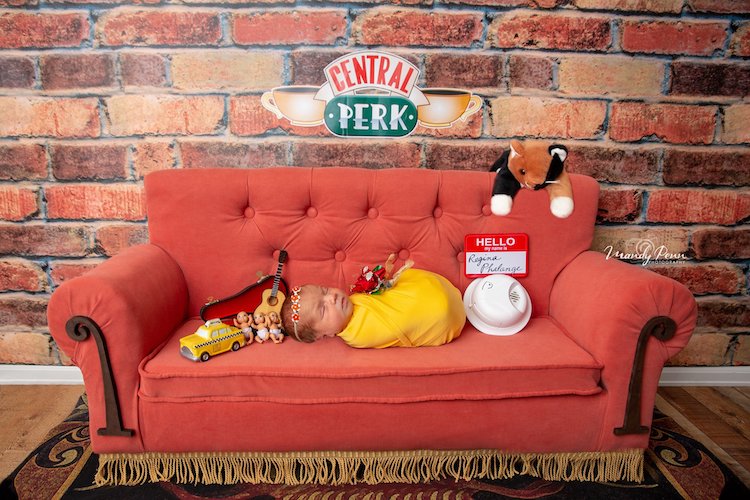 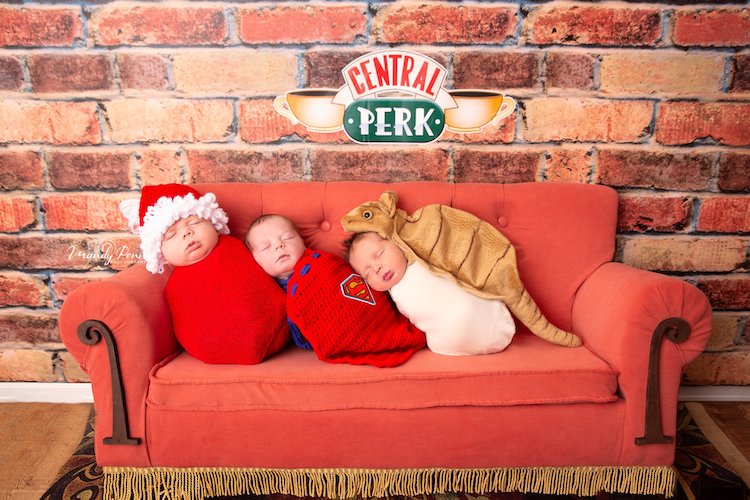 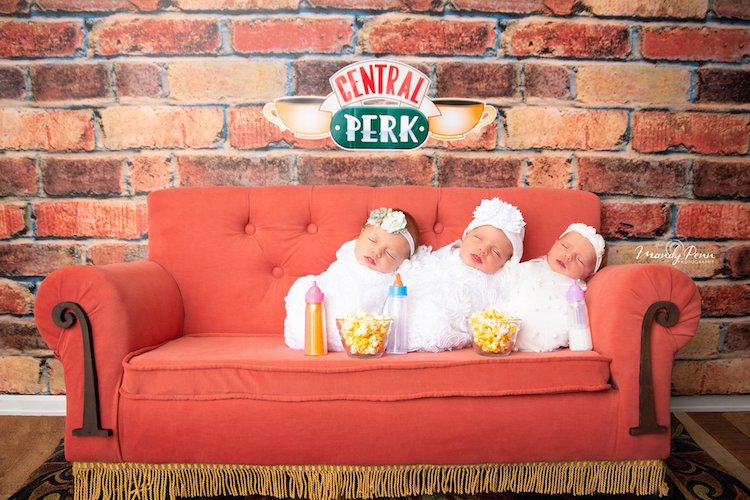 Monica, Rachel, and Phoebe in their wedding dresses 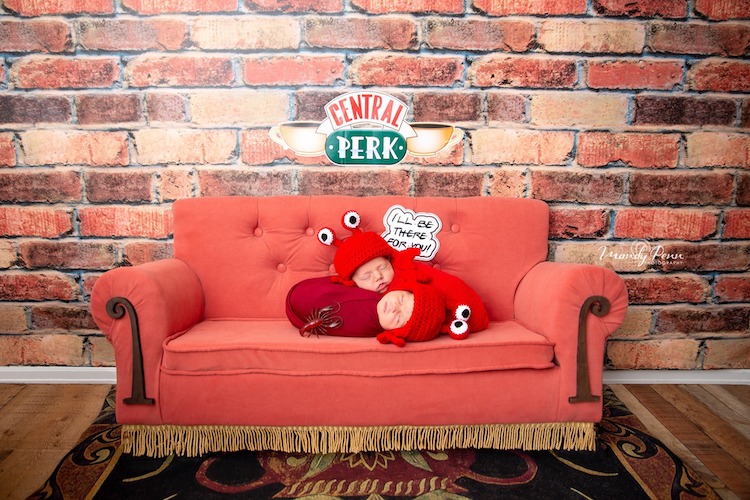