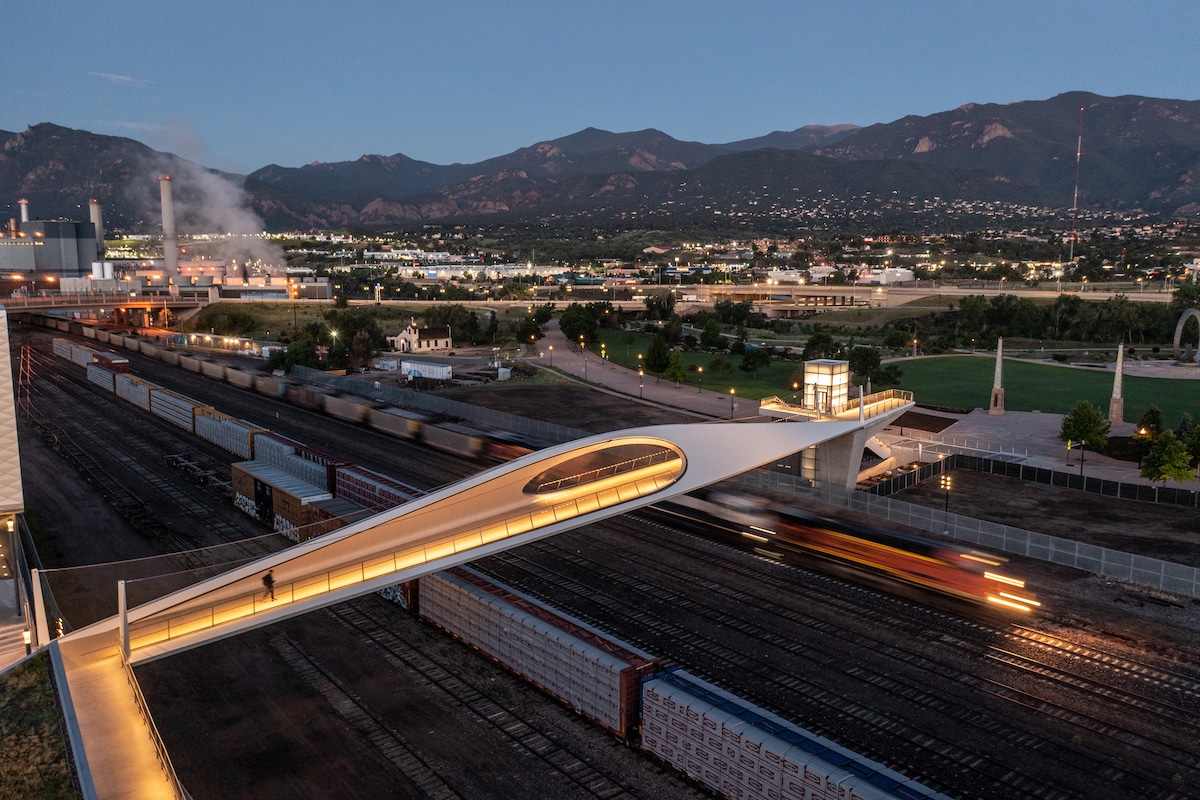 Designed by (DS+R), the Park Union Bridge in Colorado Springs is a futuristic pedestrian and cycling bridge that perfectly pairs with the sites that it connects. The dynamic walkway joins the —also created by DS+R—with America the Beautiful Park.

The bridge is designed in a similar style as the nearby museum and has curved steel inspired by the movement of competing athletes; two loops interlock over a 250-foot span over an active railyard. “The bridge is an exercise in fitness,” says Benjamin Gilmartin of DS+R, “both in terms of material and geometry.” The bridge acts as an arch and a truss with openings that frame carefully considered views of the city and beyond. At the widest point, the oculus on either side showcases views of the museum and downtown to the east, a trainspotting platform below, and a view of the Rocky Mountains to the west. 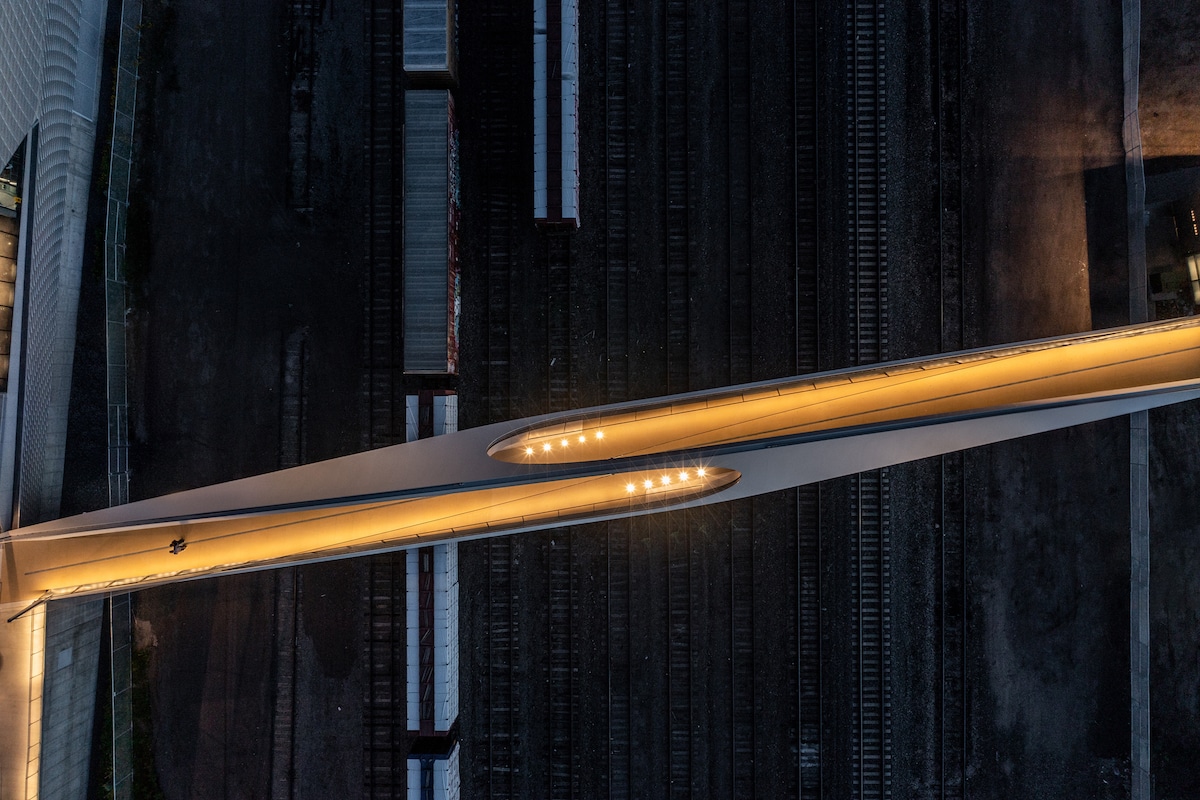 Aside from the immediate connection from the museum to the park, the bridge is a major improvement to the city’s cycling infrastructure as it provides a connection across the tracks that previously limited bike path networks. Lighting along the fluid form provides an interesting ride or walk well into the evening.

In addition to its function, the unique design is sure to become a beloved staple of the community. “We were thrilled to witness members of the Colorado Springs community take ownership of this unique bridge, not just as a means of connecting point a to b, but as a new landmark,” Gilmartin explains. “Families paused at the oculus to take in views of the museum, the park and the majestic mountain ranges of pikes peak. Cyclists gliding along its 250-foot length reached out to touch its smooth curving steel arch.” 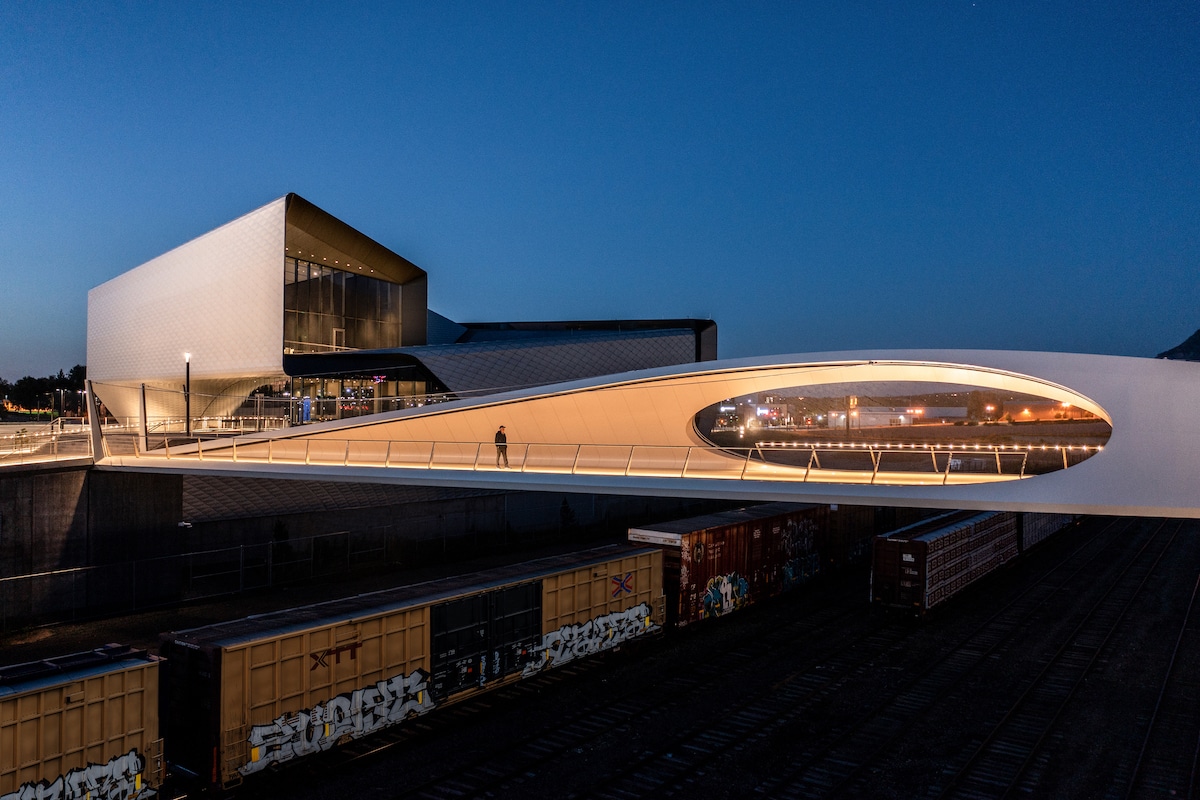 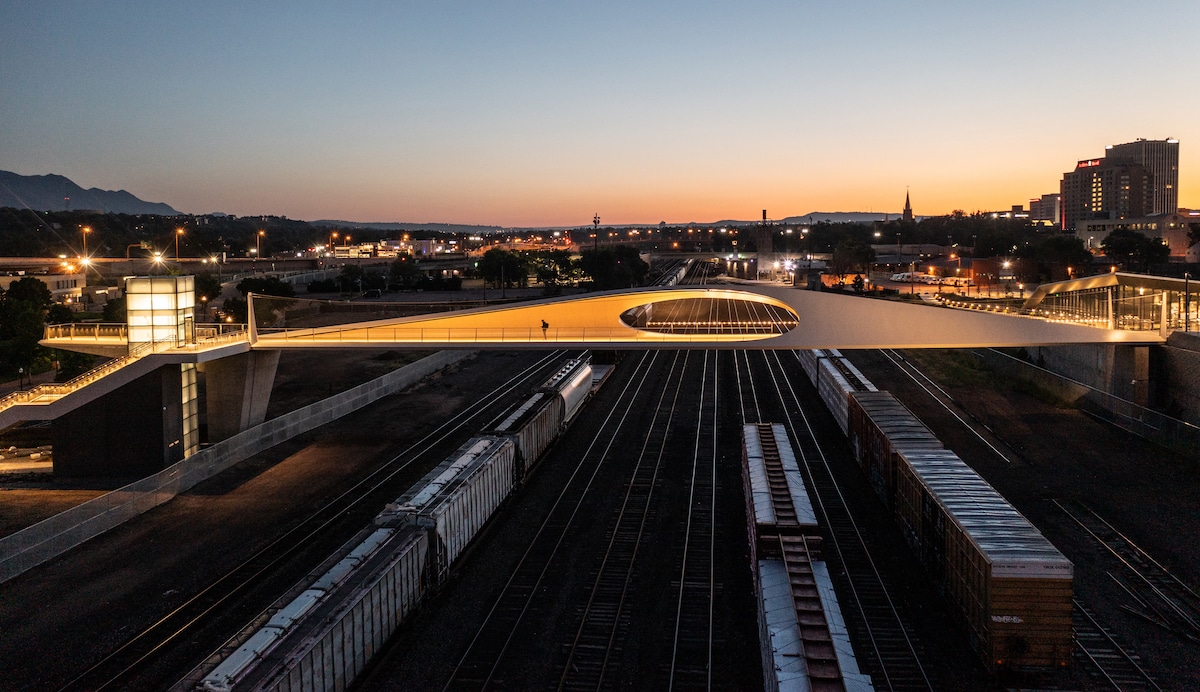 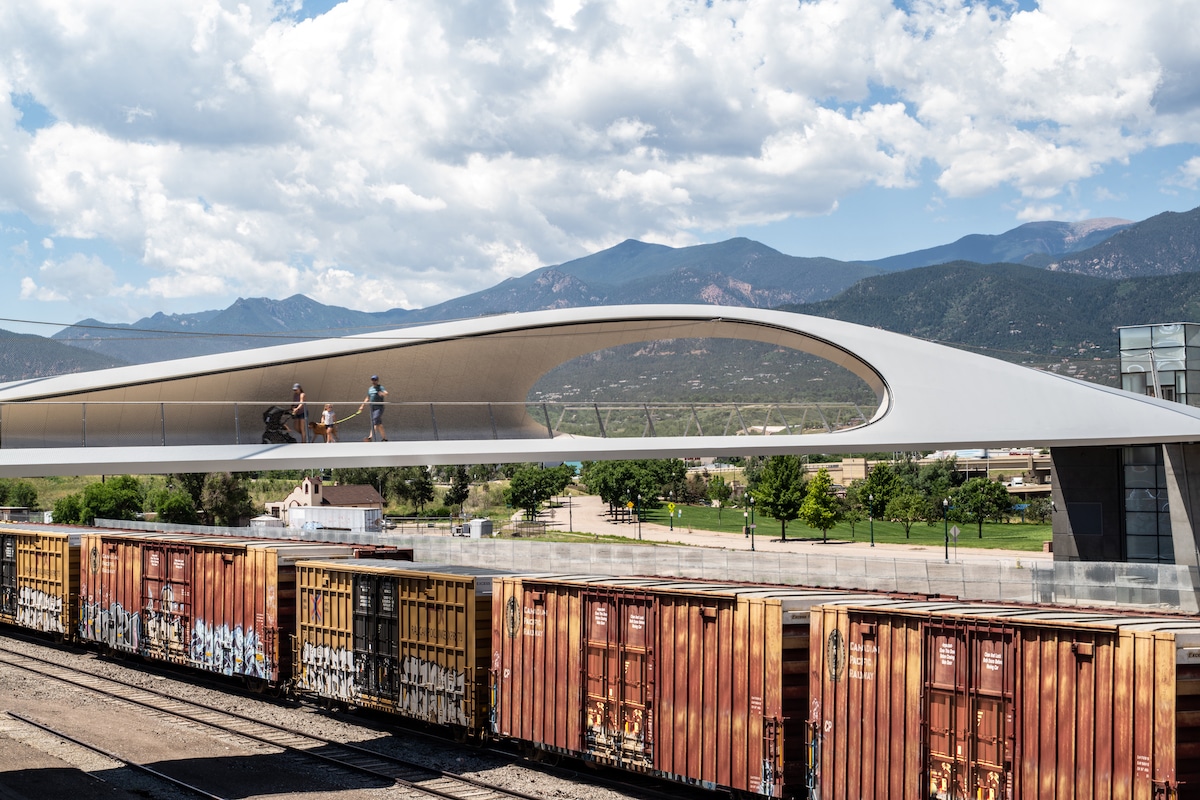 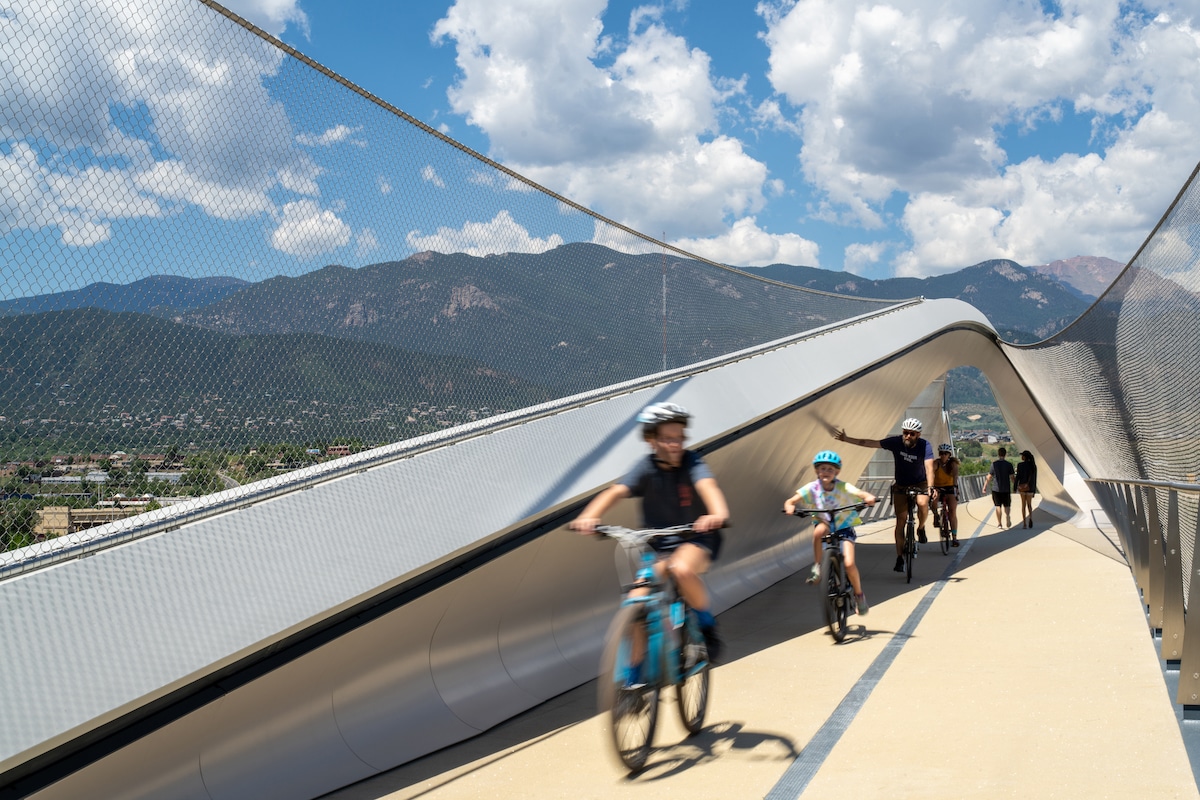 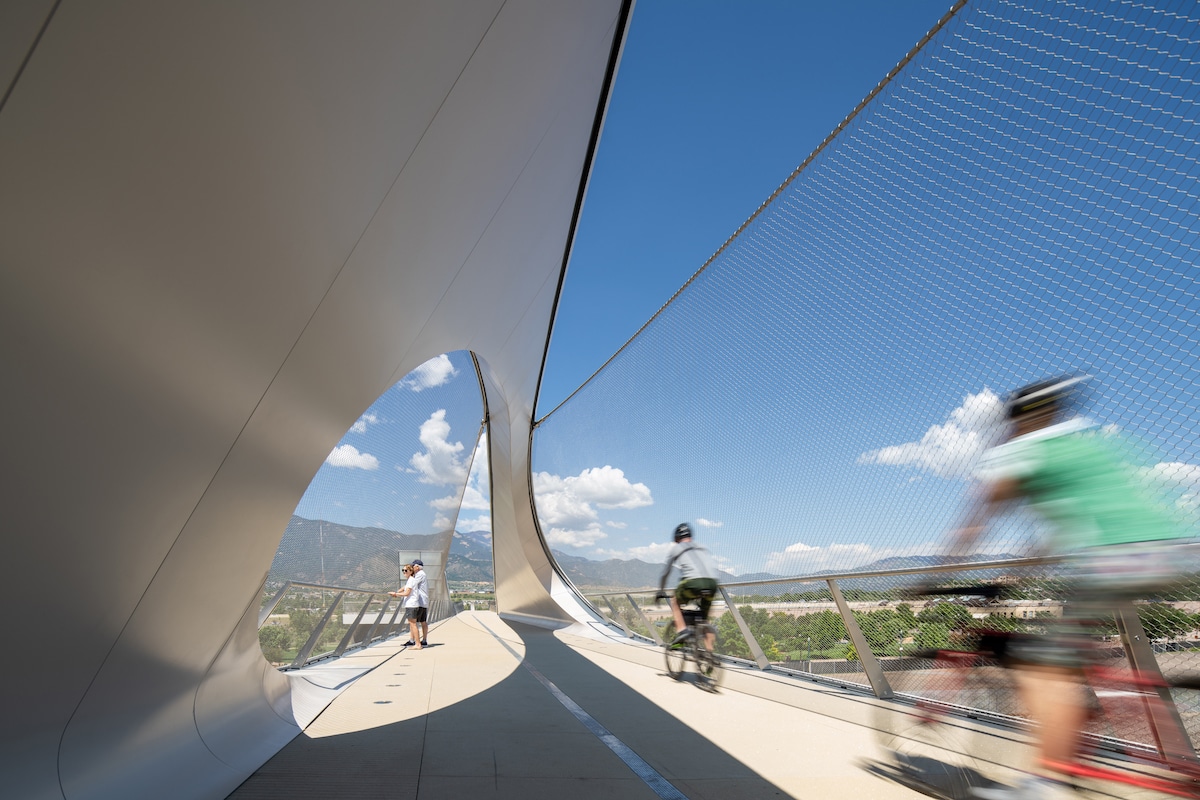 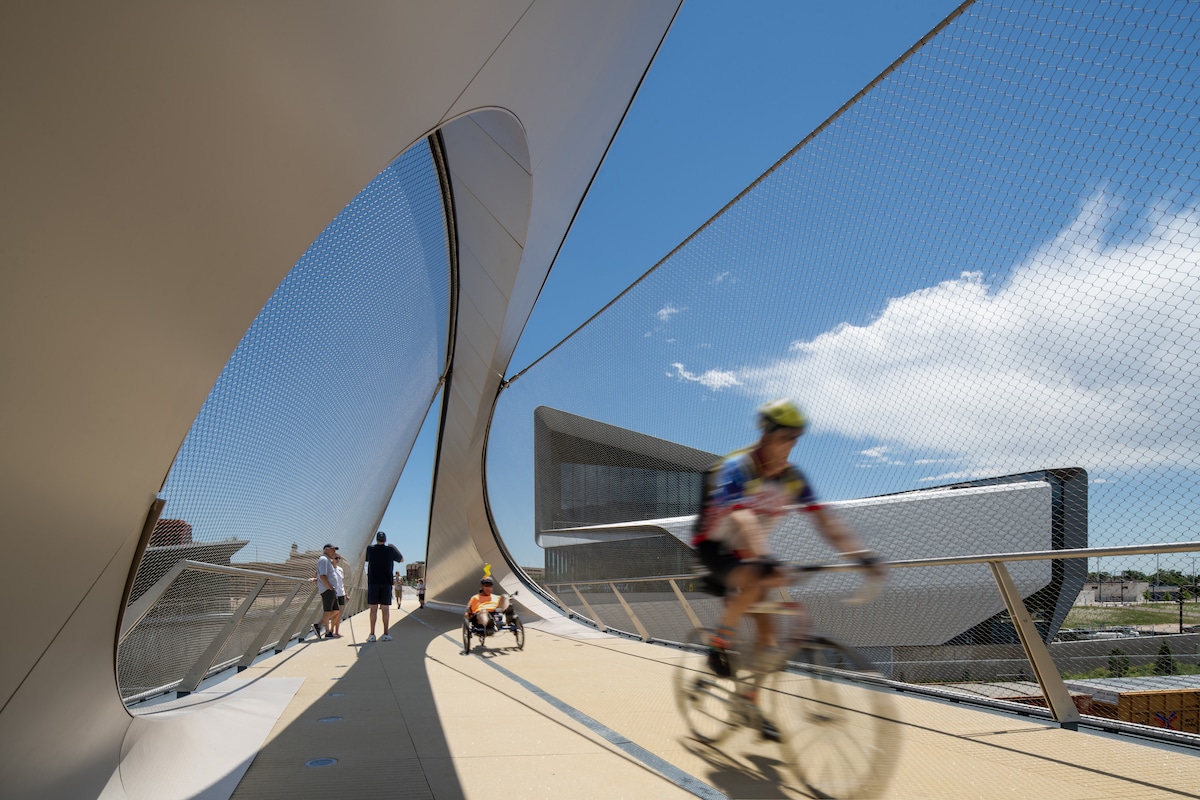 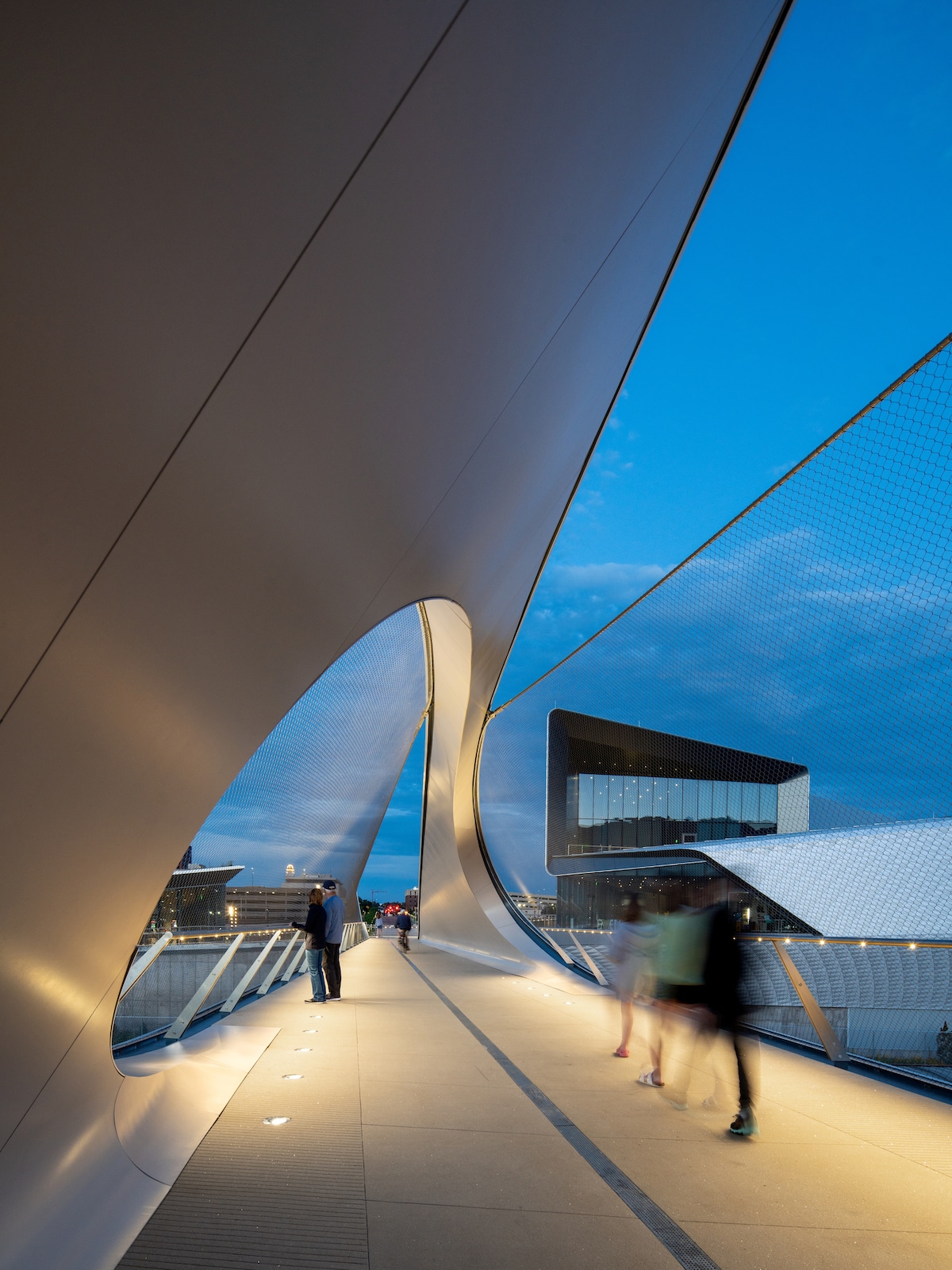 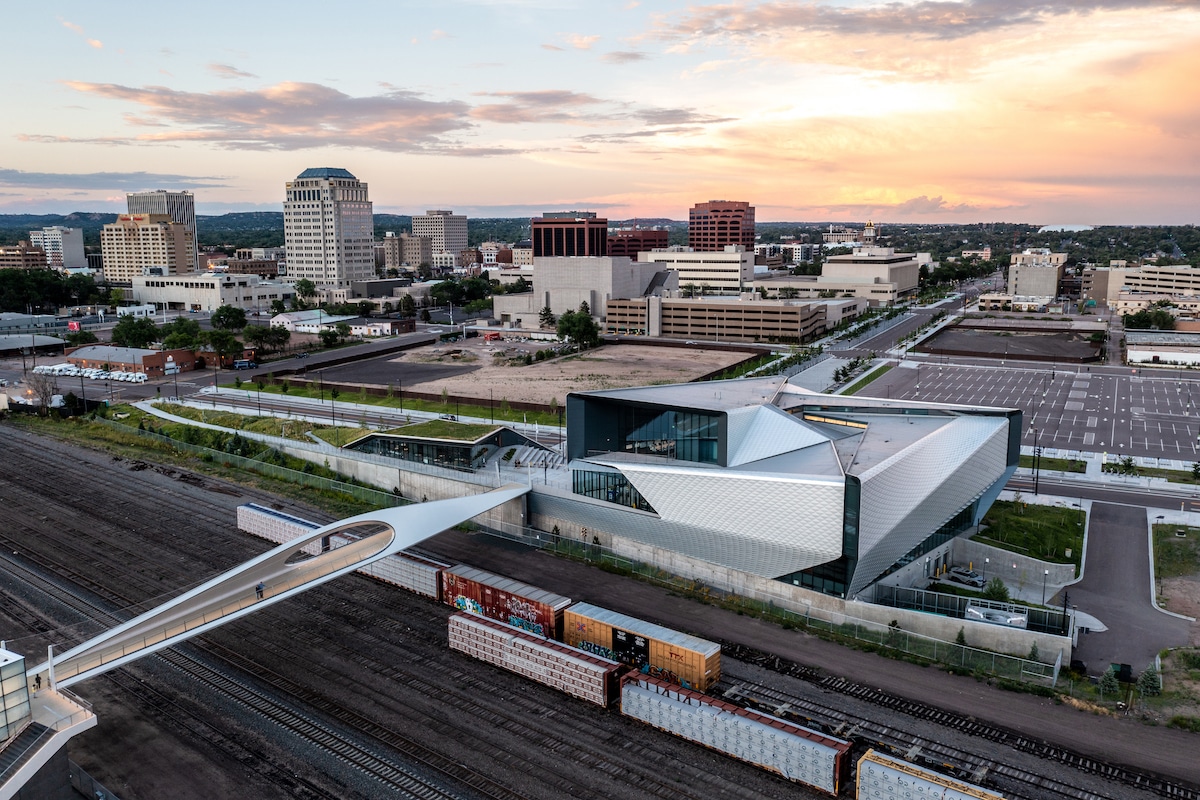 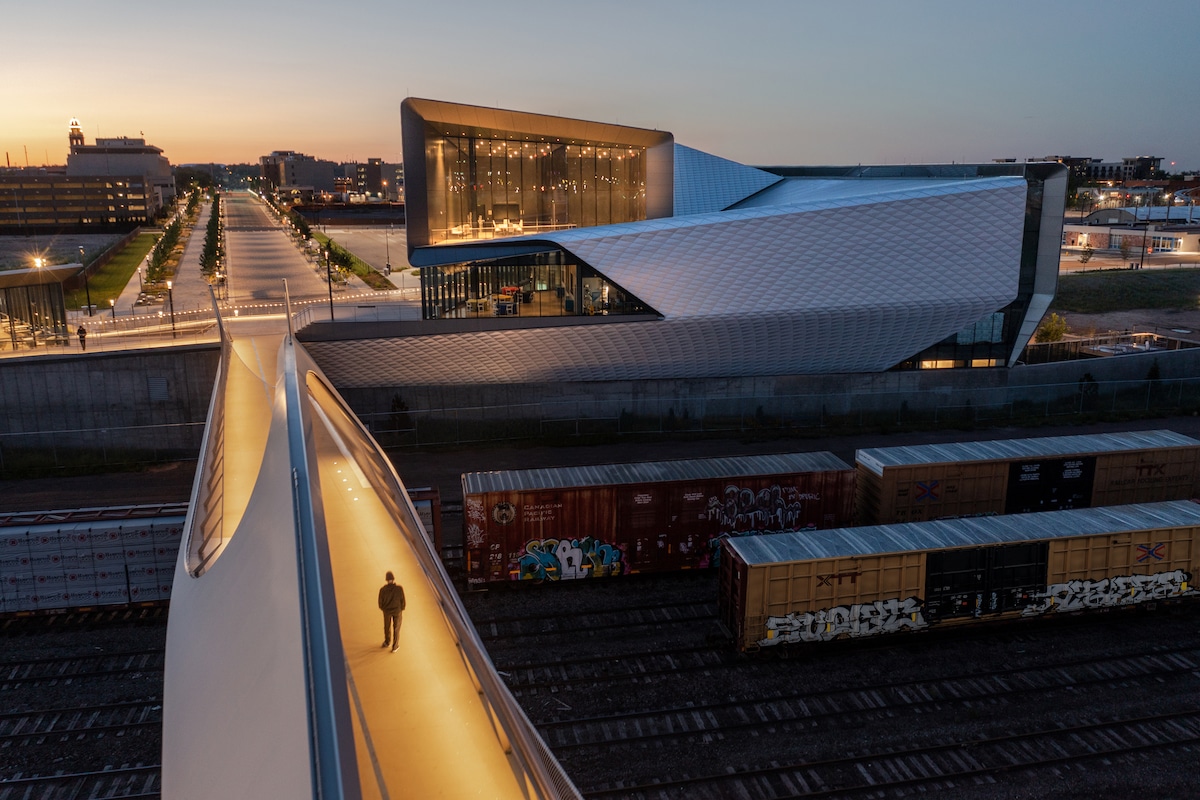 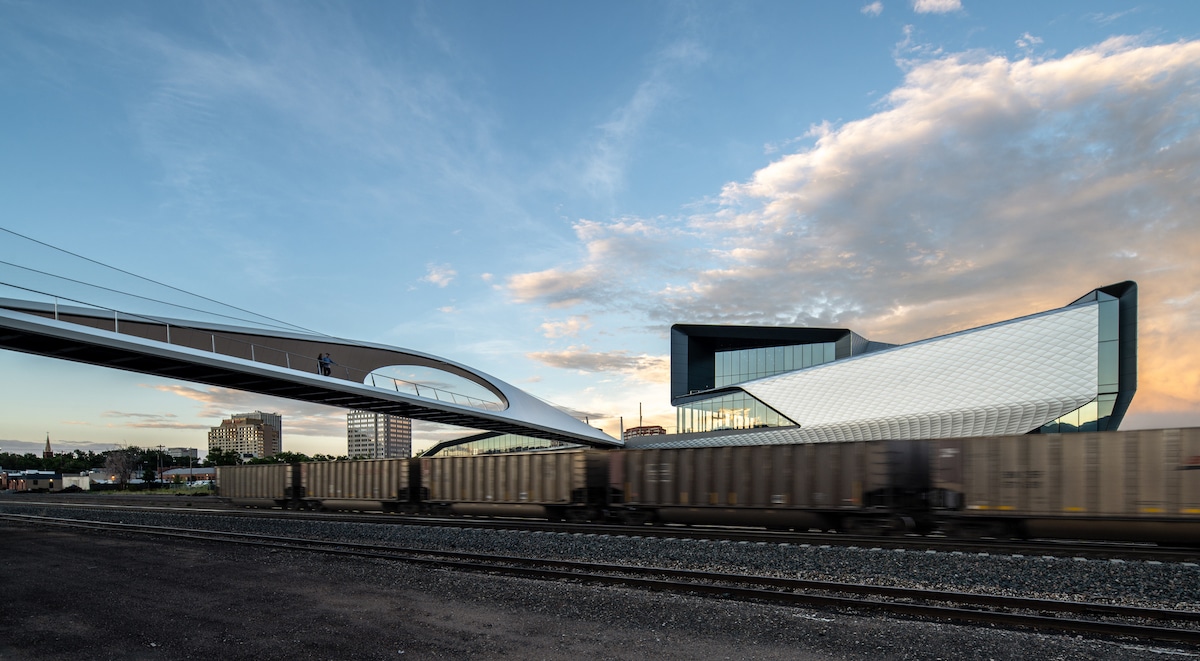 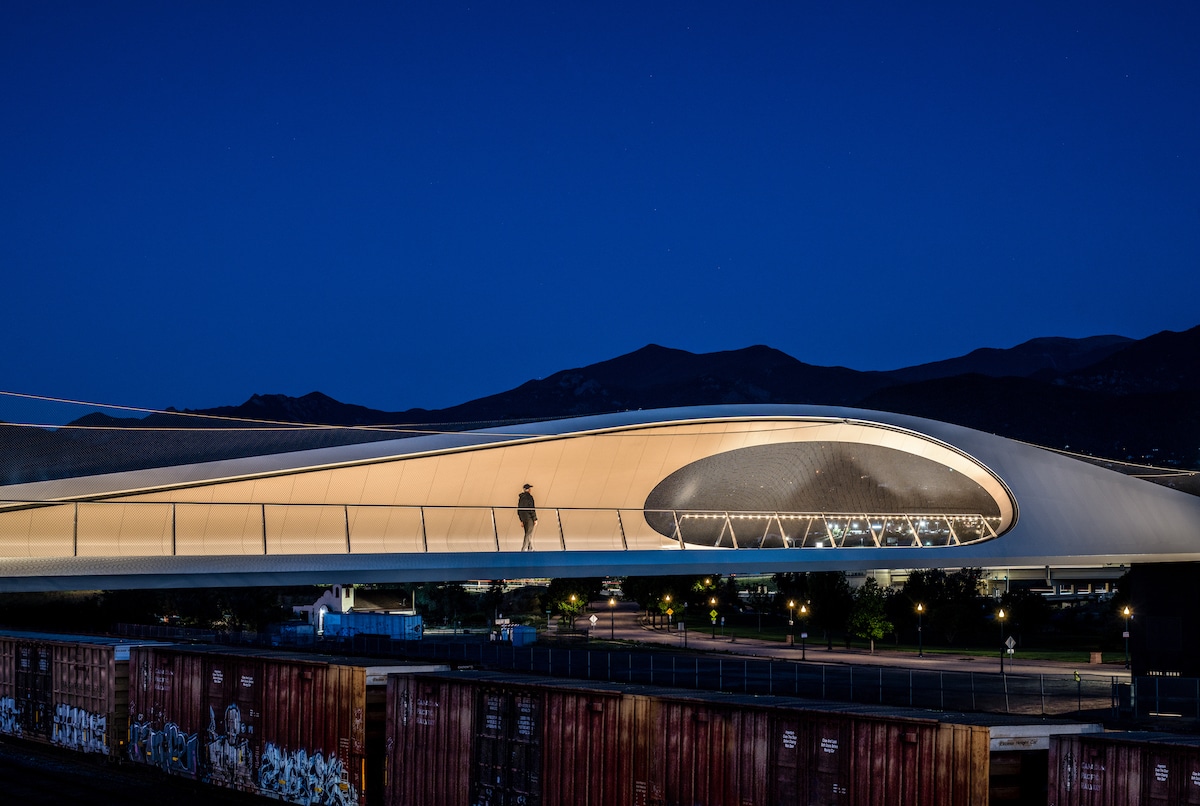 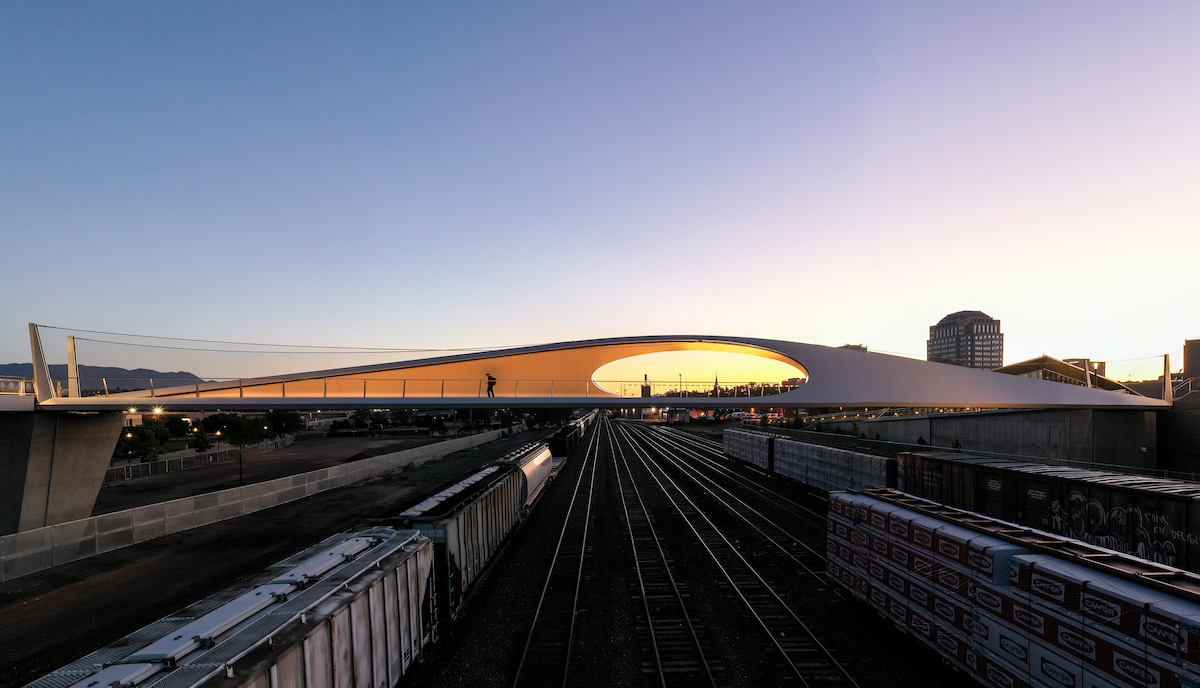 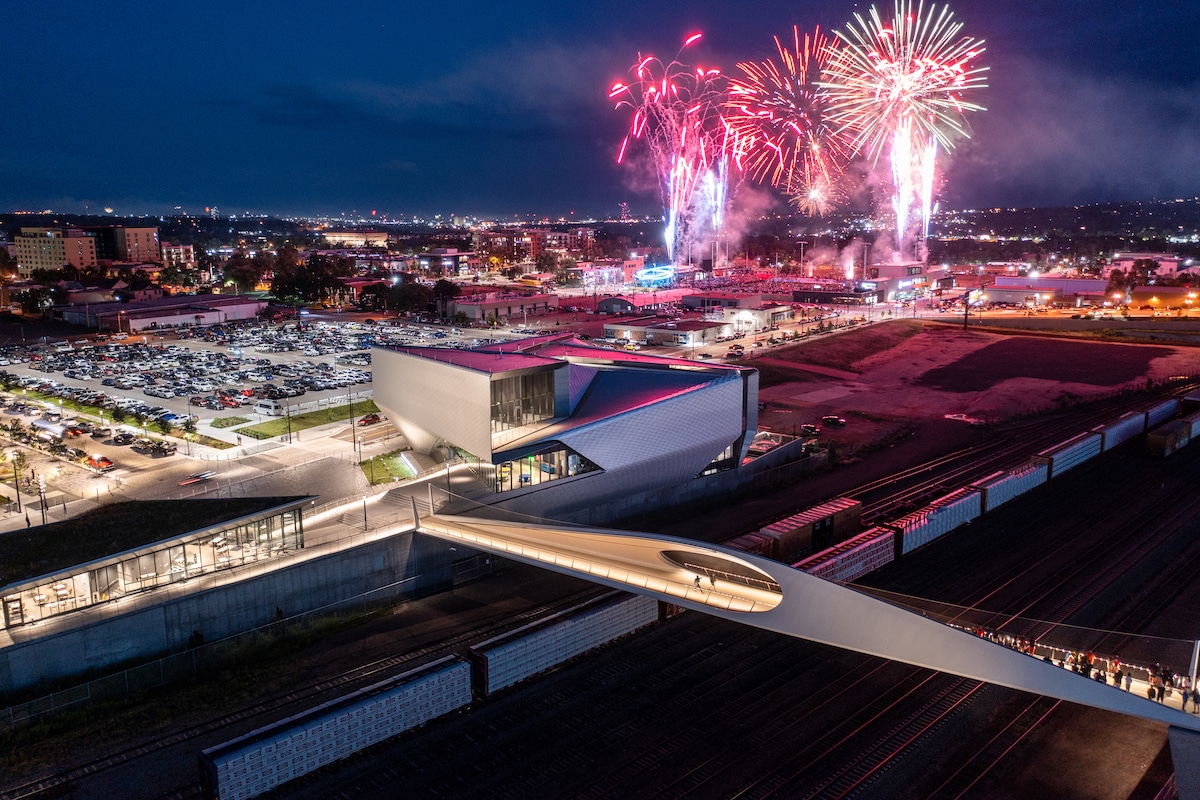