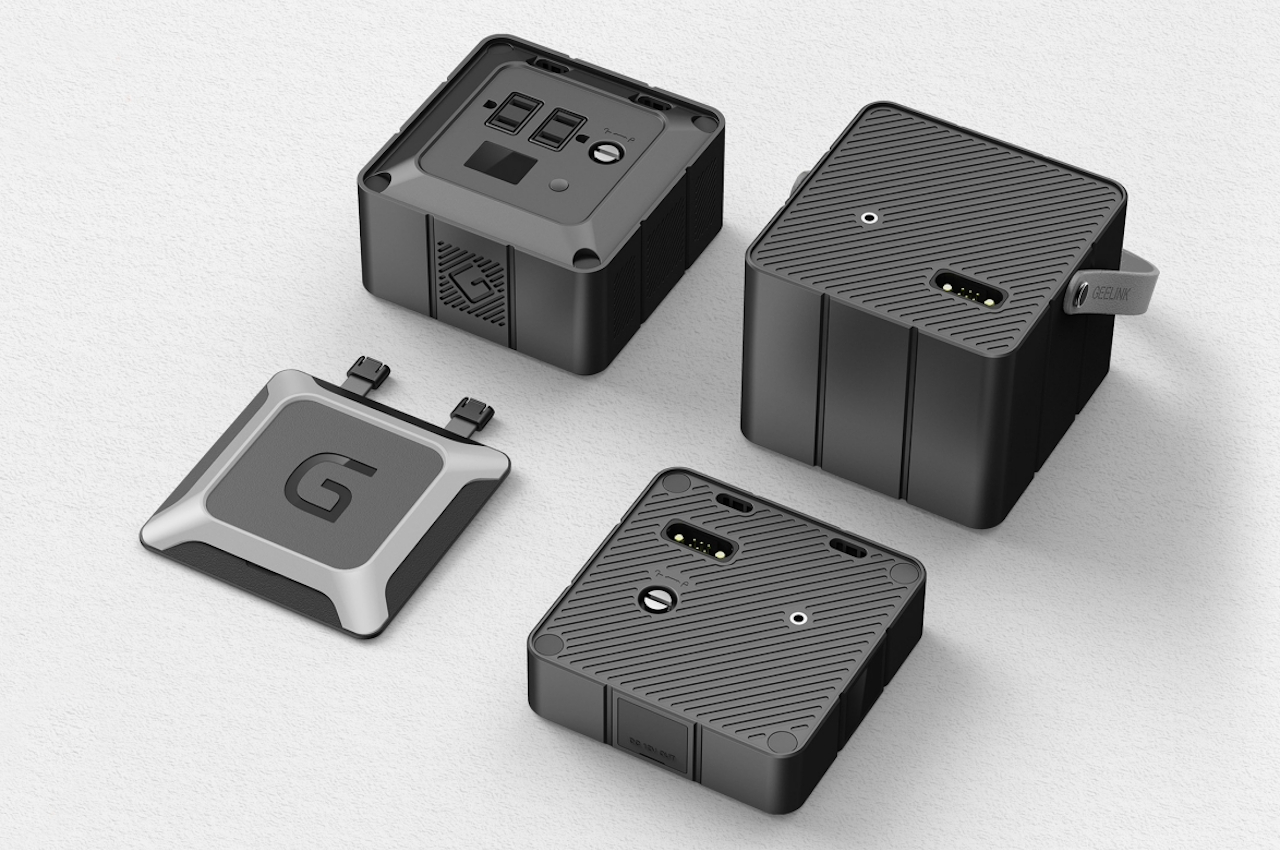 Battery-powered backups are becoming more common these days, especially as people start to move away from inefficient, loud, and dangerous gasoline generators. There is quite a number of options out there, differing in sizes, battery capacities, and output ports, demonstrating that there isn’t really a “one size fits all” solution in this case. There are some modular designs out there as well, but they sadly lean towards the hefty side of the spectrum, sorely testing the definition of the word “portable.” This portable power station, in contrast, is really something you can carry around without breaking your back. More importantly, however, you can lighten your load even further by bringing only what you need, leaving the rest behind if you’re sure you won’t need either AC or DC power while you enjoy a relaxing day off the grid. 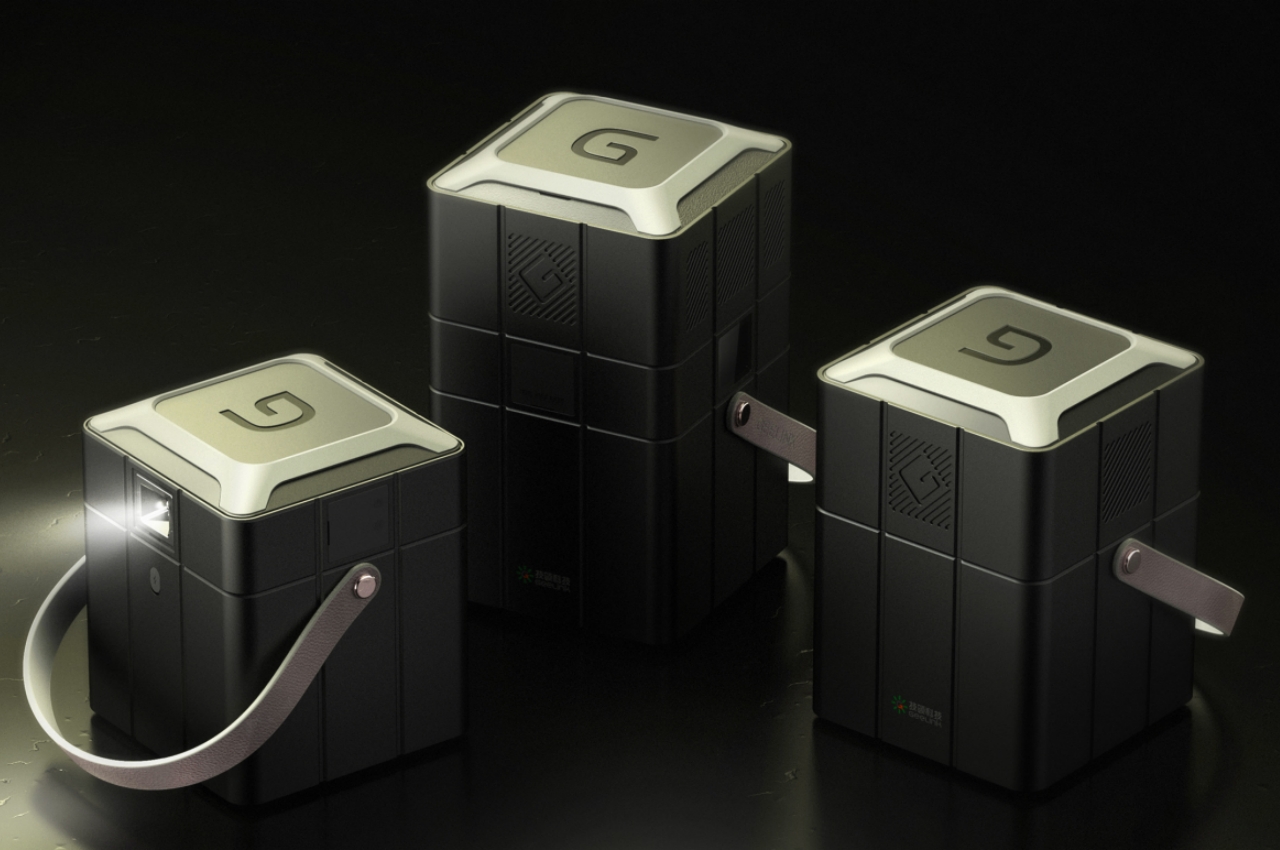 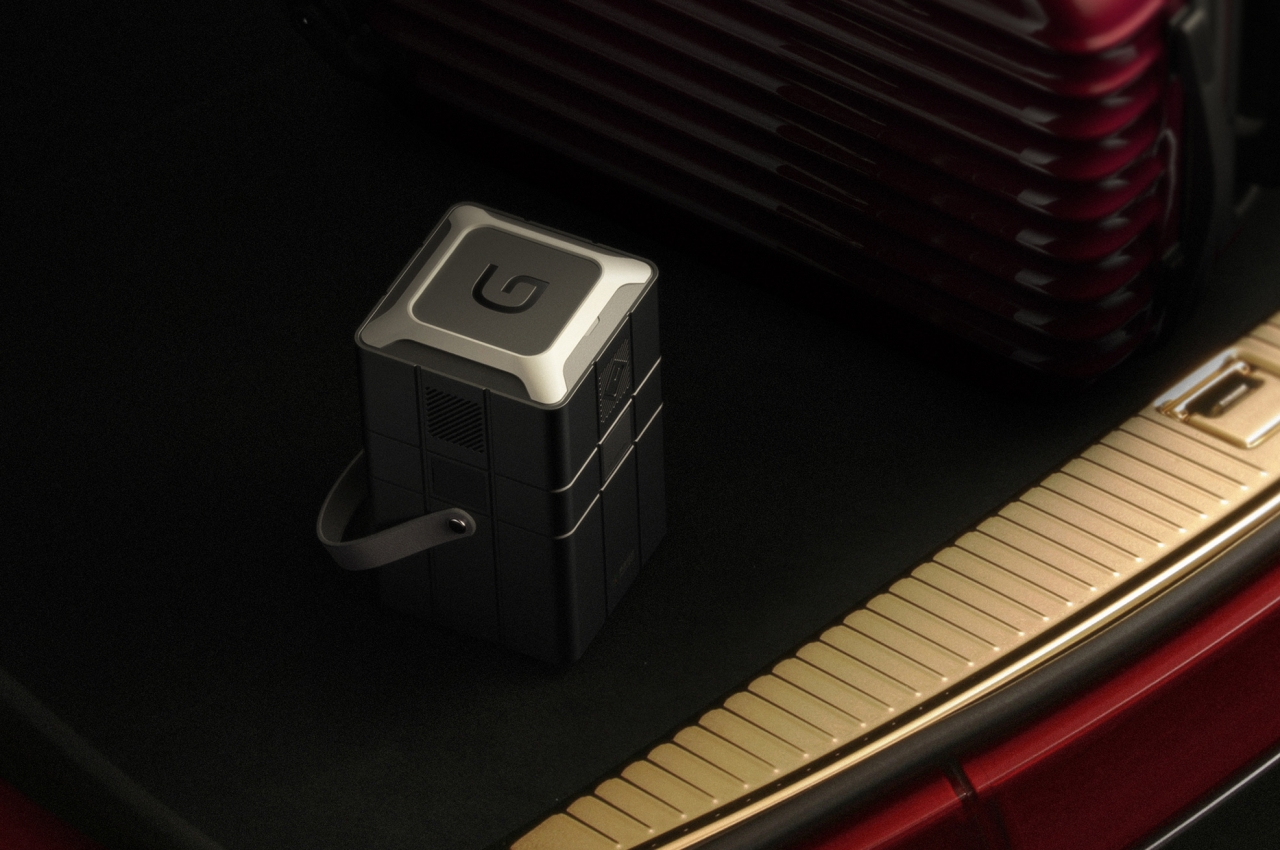 Different portable power stations try to meet different needs, which is why there are dozens of them available in different sizes. Some are hulking beasts that are really only portable if you roll them around on their wheels but, in turn, can power an entire house in an emergency. Some are small boxes that are only slightly larger but definitely heavier than a toolbox, and they can charge laptops and very small appliances for just a few hours, just enough for an afternoon outdoors.

The thing with these big batteries is that you are stuck with what you have. Sure, some let you daisy chain to power stations together, but the number of ports you have available is fixed forever. You can neither add more nor can you remove those that you don’t need, which could actually decrease the mass you need to carry. The Geelink GL-02 actually tries its hand at that modular approach, and while not completely perfect, it lays the foundation of what could be the modular and portable power station of the very near future. 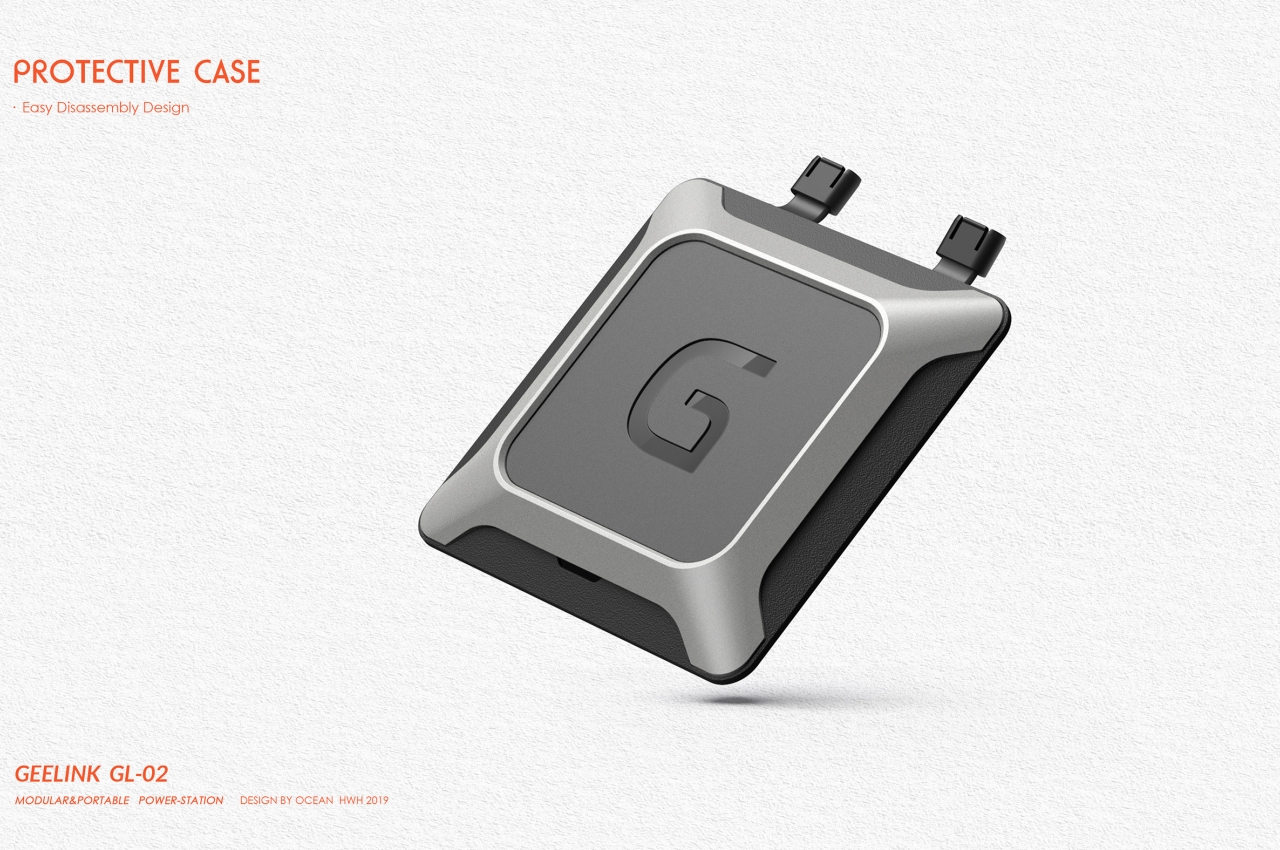 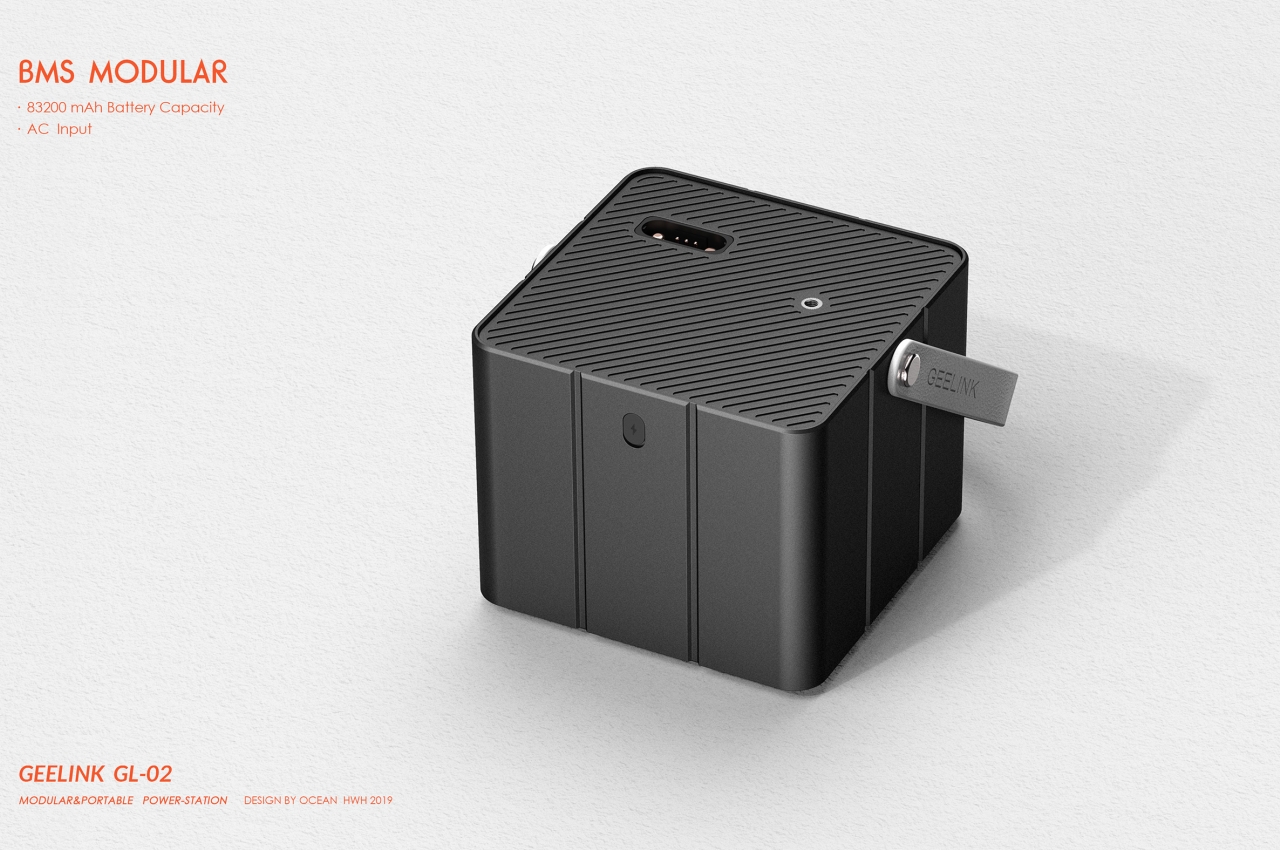 Instead of a single box or crate, the GL-02 is made up of four parts that nicely stack on top of each other. The cover on top is really only needed when you’re not using the power station, but the battery box that sits at the bottom is the one constant part of the assembly. That module houses an 80,000 mAh battery that, thanks to sine wave inverters, can output a good 300W of AC power for appliances.

What goes on top of that battery is really up to you, but there are two modules available. The DC module is going to be popular with gadget lovers with its USB-C and USB-A ports, as well as a 12V DC barrel-type port. It is also the module that has a flashlight that is typical for camping and emergencies. The AC module, on the other hand, has two 220V AC outlets for appliances and a switch that manually turns the output on or off. Both modules have their own displays, but the odd location of the AC module’s screen pretty much decides that it will always be at the top. 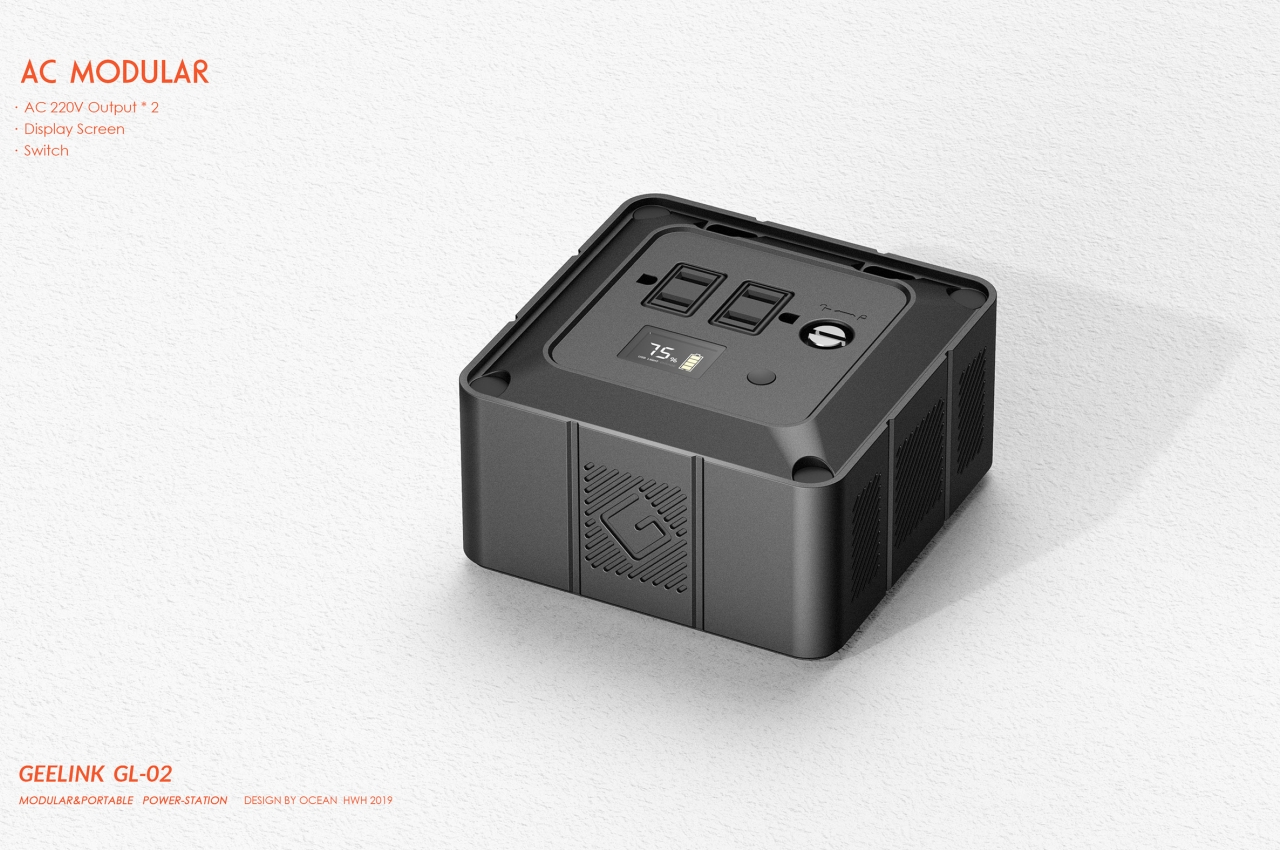 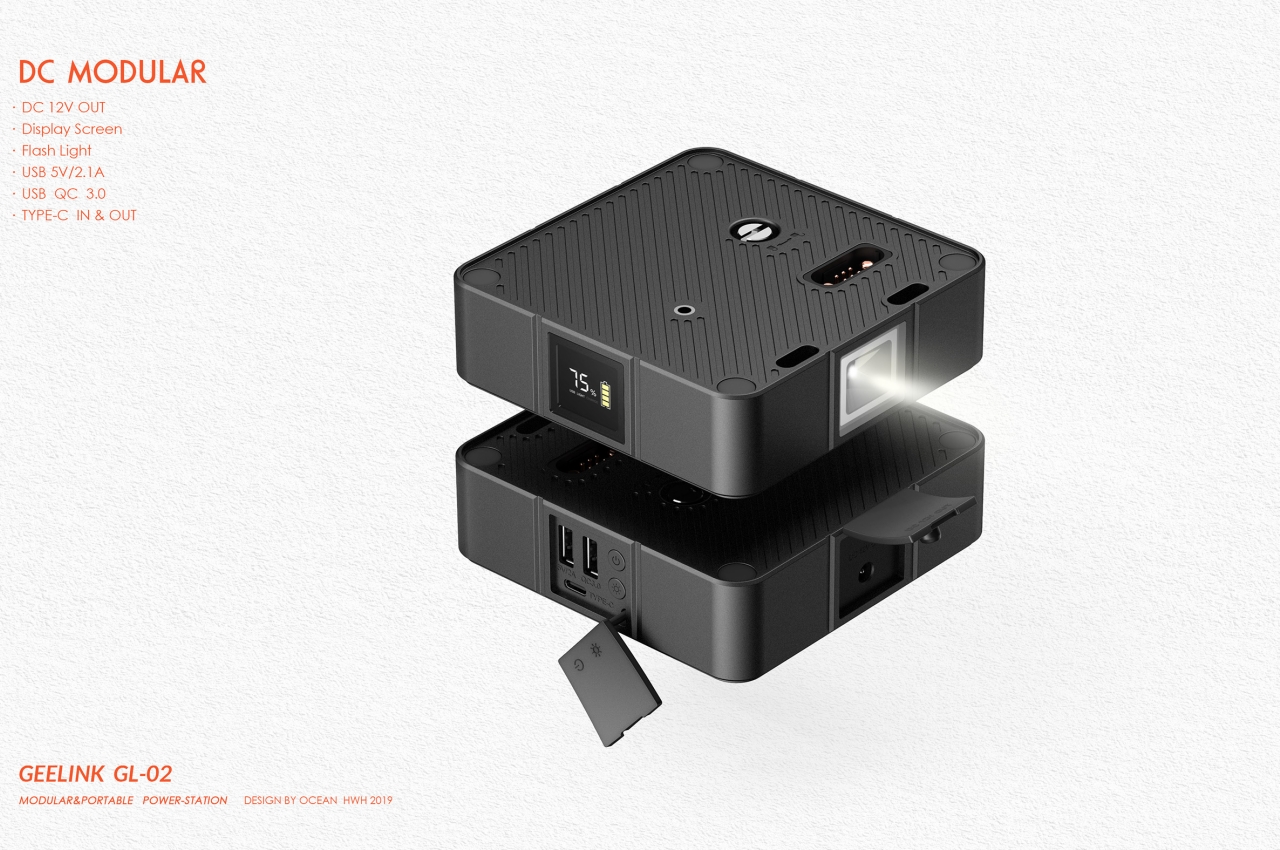 With this design, you can opt to either attach only the DC module or only the AC module if you’re sure you won’t be needing the other. Of course, having the full assembly means you won’t have to think hard about that, but at least the option is there. The one flaw in this design is that it is limited to these four pieces and in a fixed stacking order. You can’t swap the placement of the DC and AC modules, and you can’t have two modules of the same type. You can’t even stack batteries to double the output. The execution might not be perfect, but it definitely sparks the imagination of what can be done with some tweaks to this stackable and modular design. 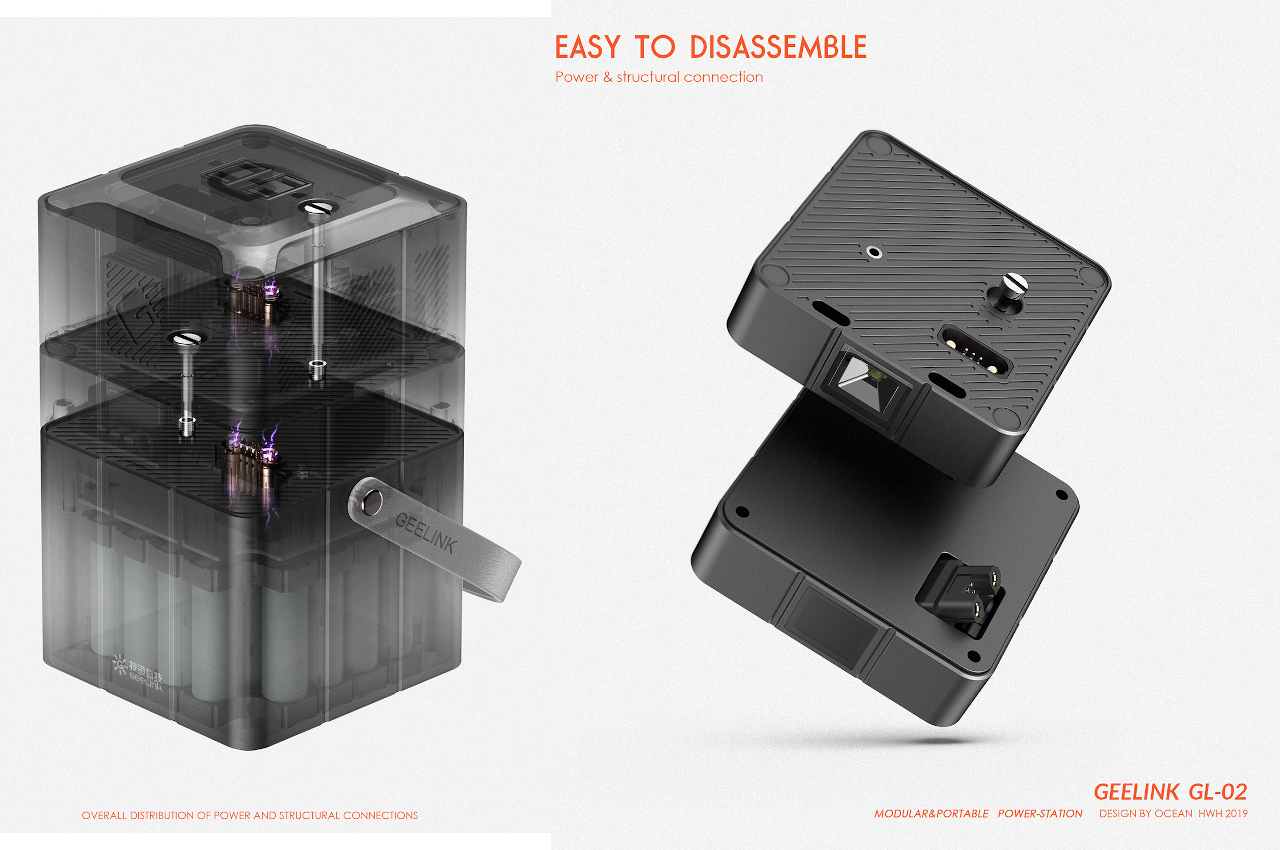