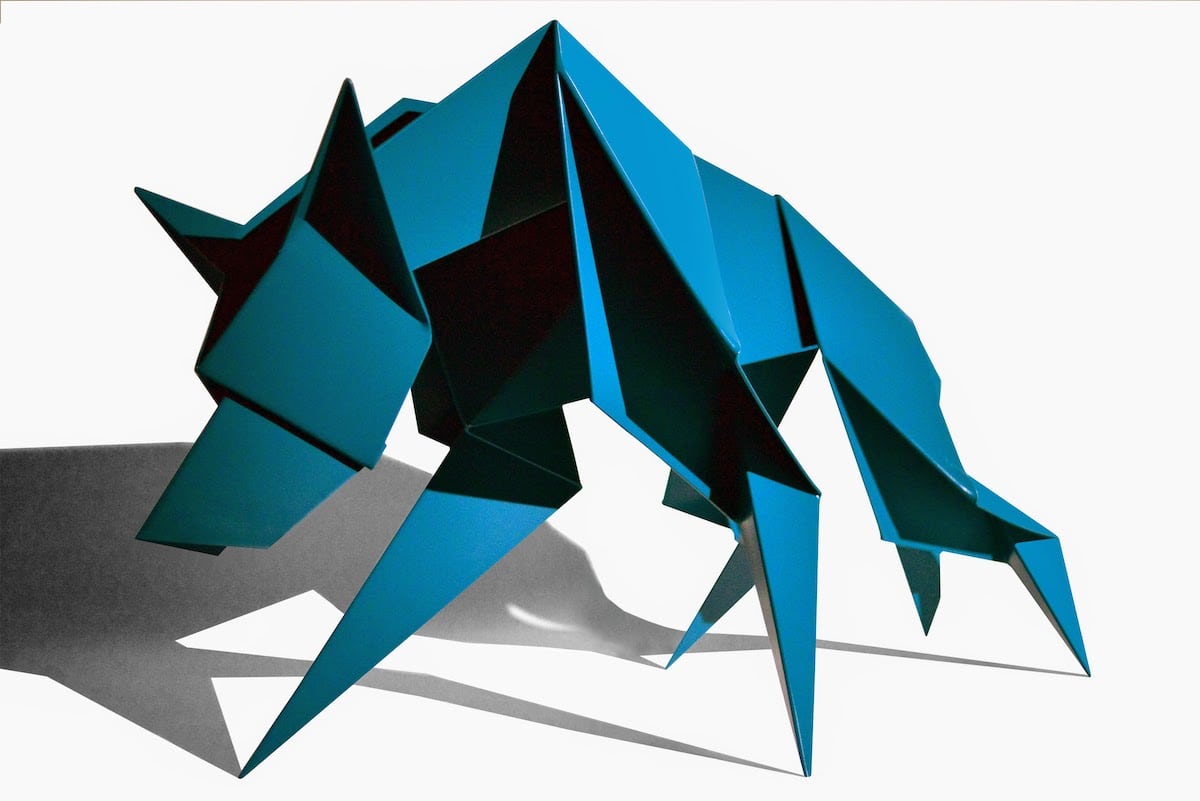 With its intricate designs folded from delicate squares of paper, is traditionally thought of as a very fragile art form. However, for California artist , the traditional art of paper folding is much more than that. The sculptor was originally introduced to origami when he was just 7 years old, through the book  by Eleanor Coerr. And since the early days of Hacer’s childhood fascination, its influence has stuck with him, evolving from a simple creative outlet and growing to inspire his entire artistic career.

Hacer’s signature larger-than-life sculptures look just like giant origami animals. But instead of paper, they are formed from meticulously crafted steel. Often displayed in the open air of public spaces, his origami-inspired sculptures can be found perched playfully among urban landscapes. And for his latest public exhibition, Hacer: Transformations, the artist was commissioned to install a series of his colorful origami animals throughout ’s Garment District.

Commissioned by , this project marks Hacer’s first large-scale solo show on the East Coast. His bright origami sculptures now dot the plazas between 36th and 39th streets in Midtown Manhattan, filling the area with playfulness and whimsy. Among them are a magenta elephant, a green bear cub, a yellow dog, two turquoise rabbits, and two coyotes—the largest of them measuring 14 feet long.

“As we head into the fall, we want the Garment District to be a welcoming and enjoyable space for all visitors, whether they are returning to the office, traveling, or just passing through,” says Barbara A. Blair, president of The Garment District Alliance. “We know these supersized sculptures will bring a smile to everyone’s face, and we encourage all to stop by and snap a picture with their favorite origami creation!”

To learn more about Hacer and his origami-inspired sculptures, visit the artist’s . If you’re in Manhattan, you can catch a glimpse of his colorful steel creations yourself until November 23, 2021.

Artist Hacer crafts origami-inspired sculptures that are larger than life, and some of them can now be found dotting Midtown Manhattan’s Garment District. 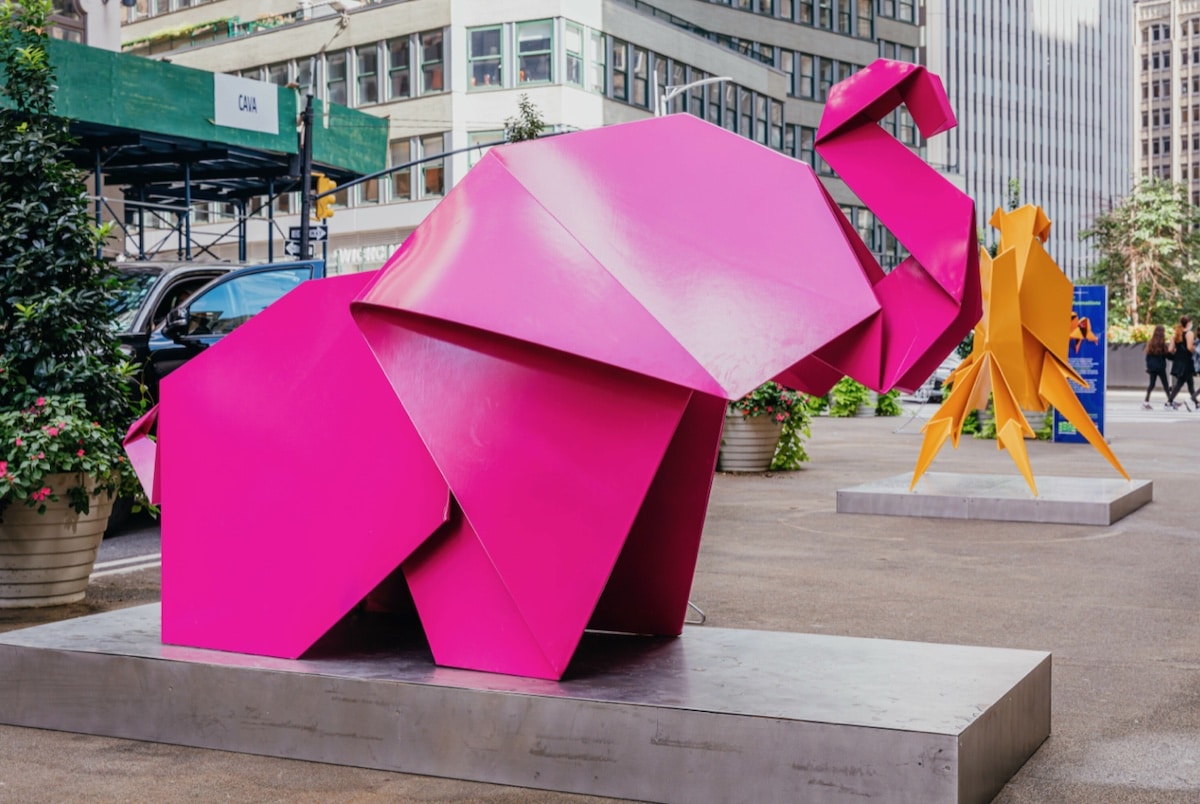 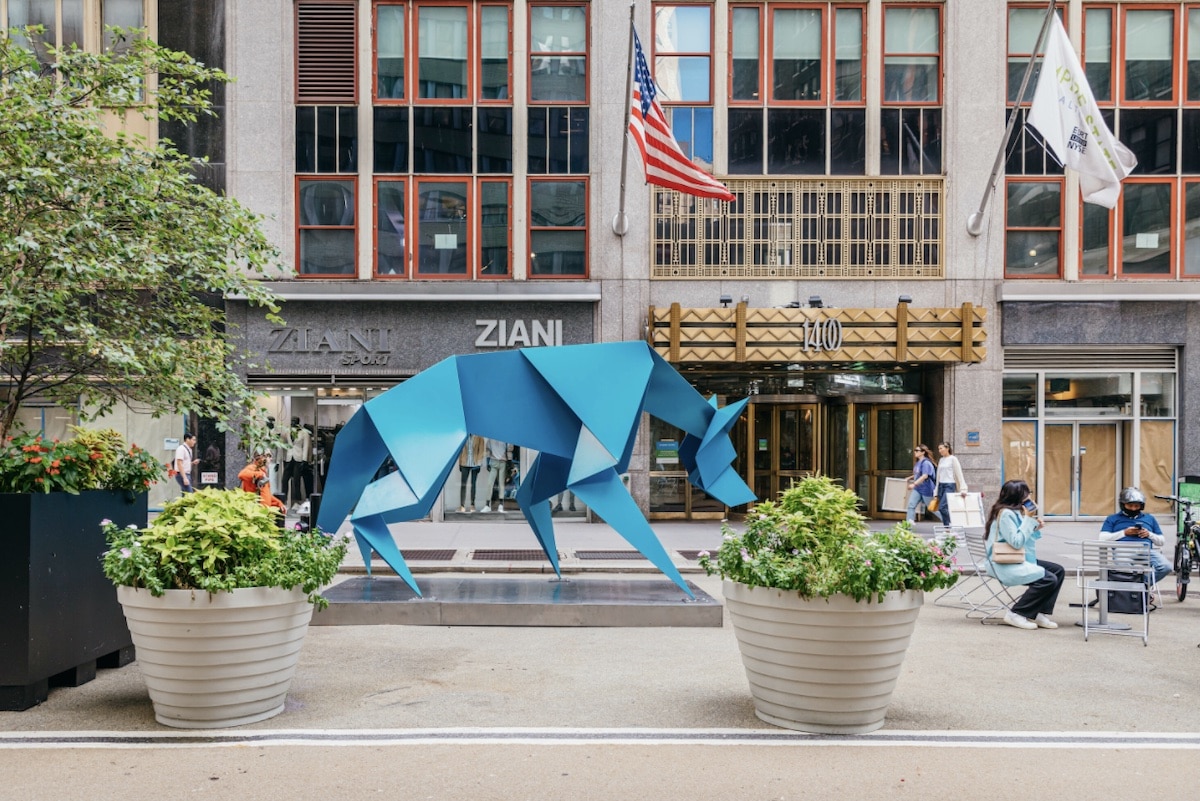 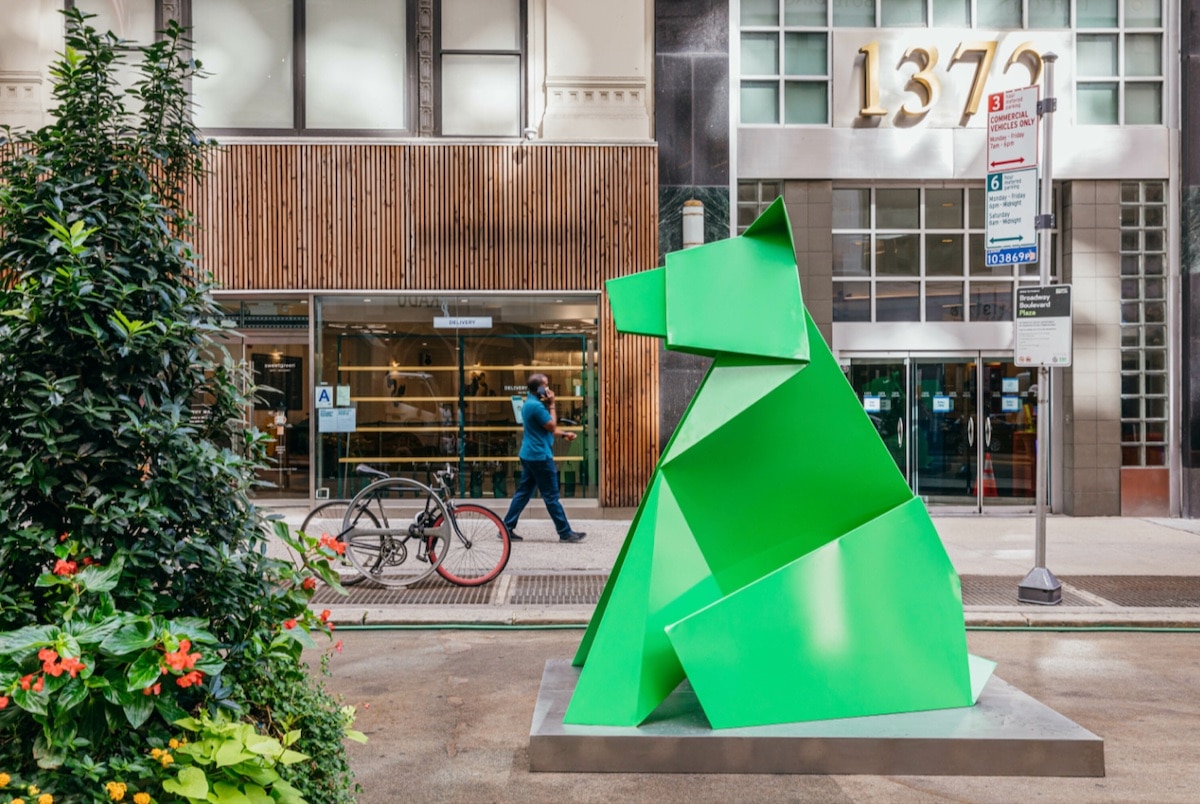 The colorful origami animals are formed from meticulously crafted steel and bring a playful whimsy to the surrounding urban landscape. 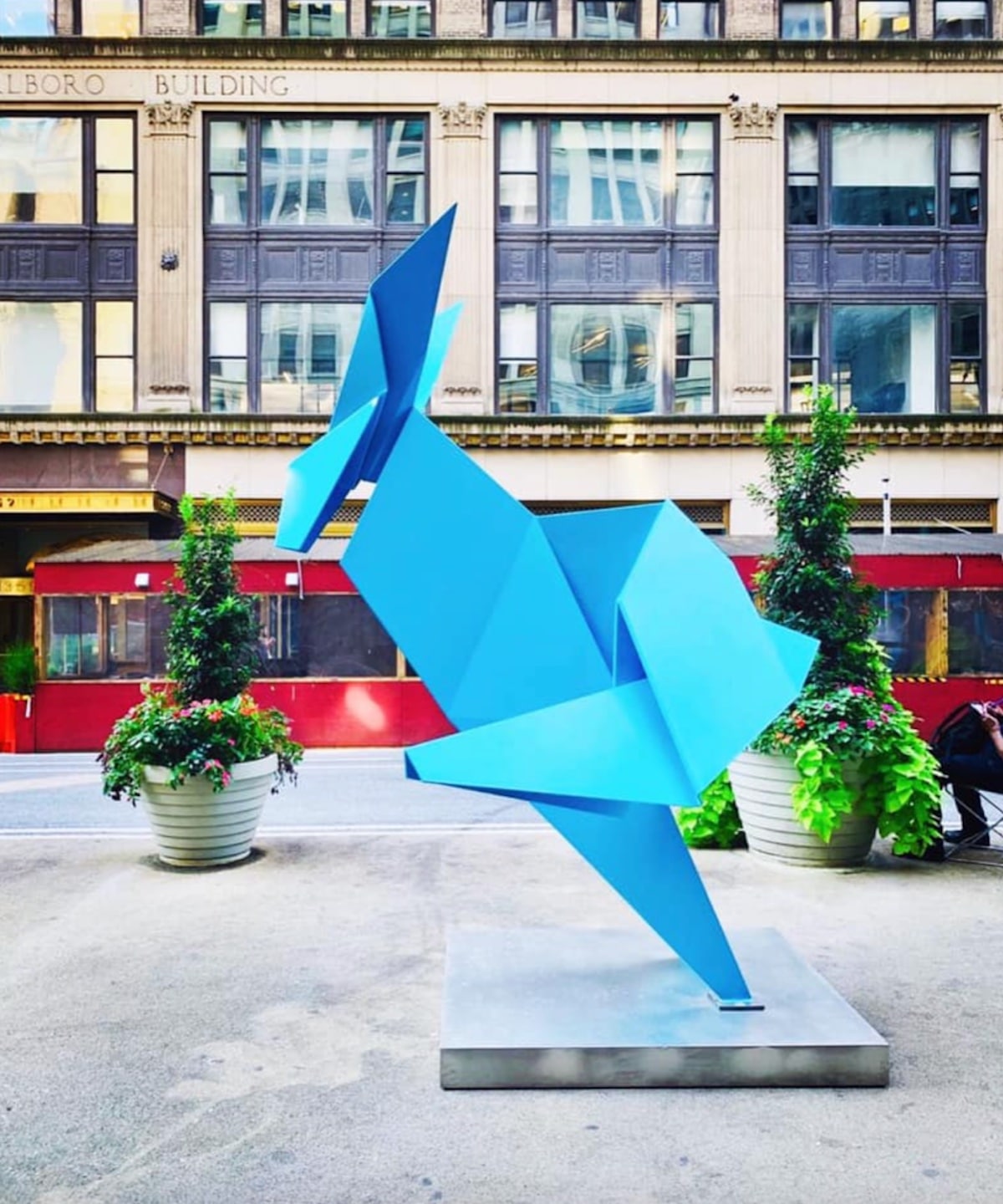 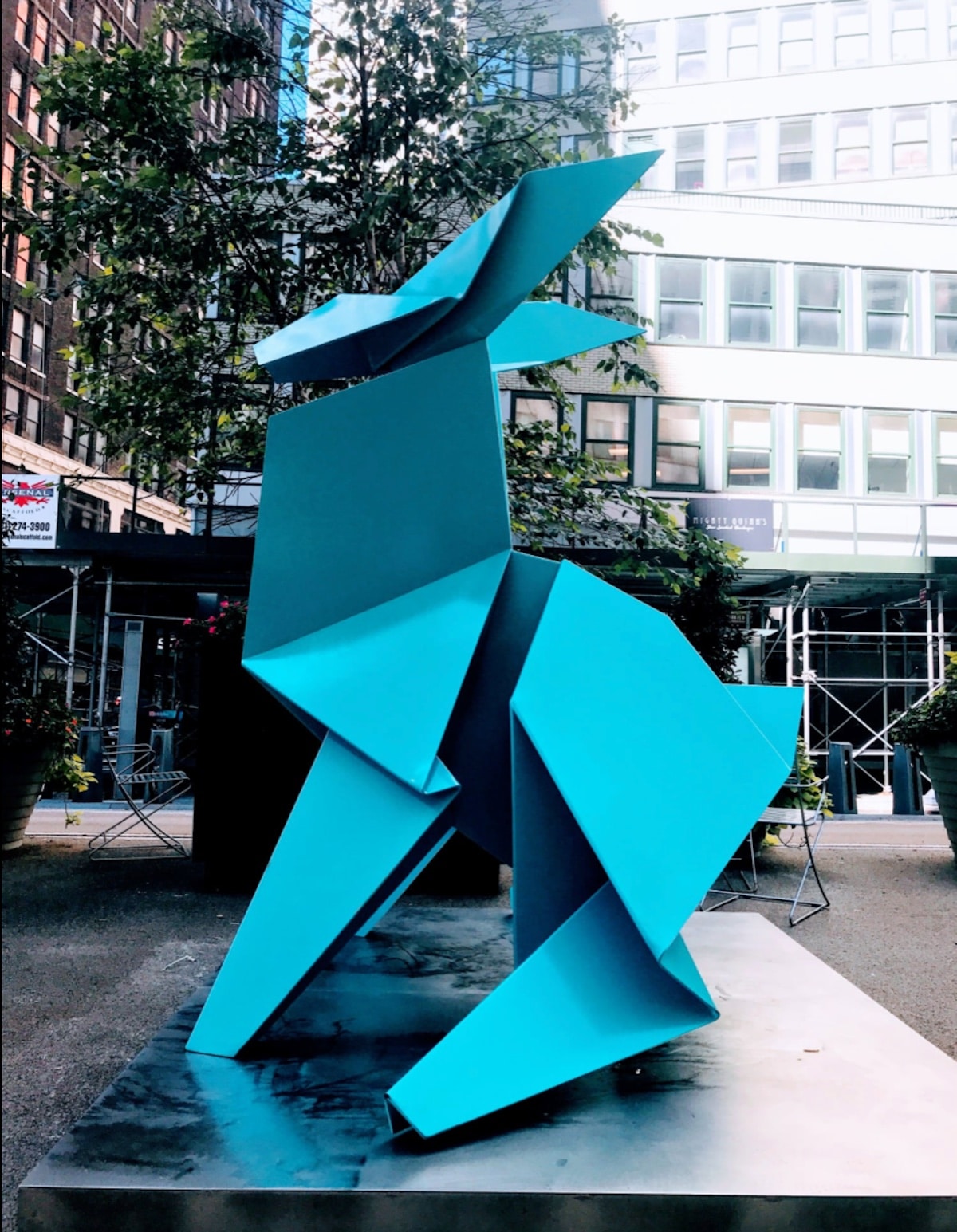 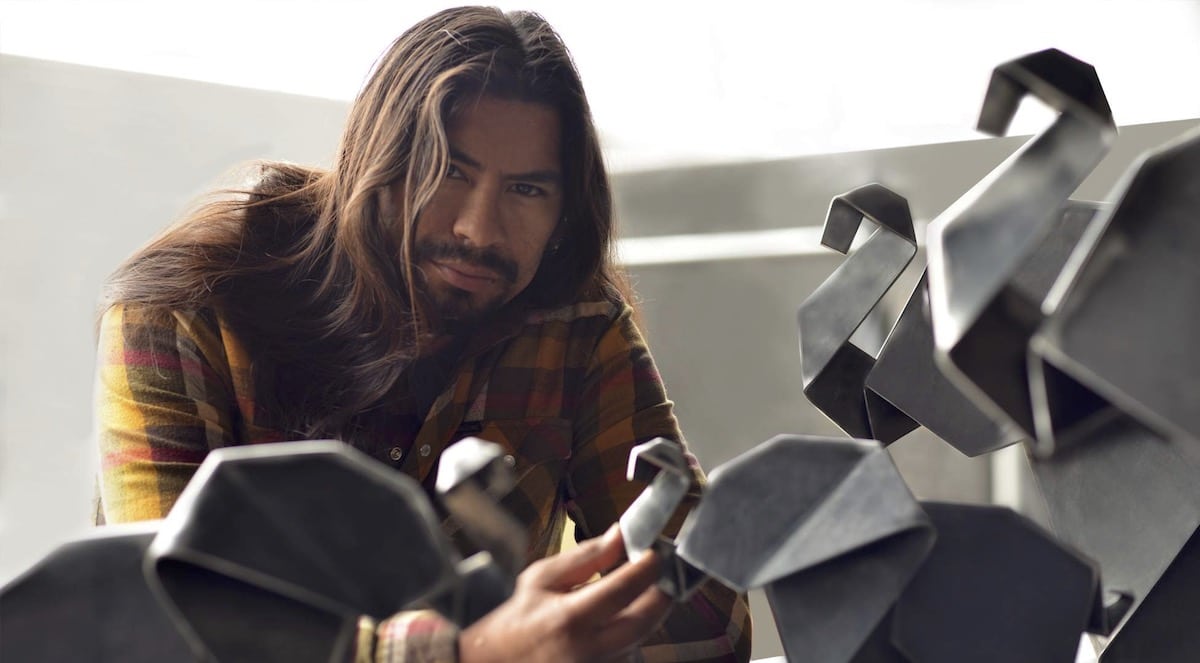