Parks and gardens open people up to their surroundings and one another. Facilitating a desire for connection to both nature and other people, these spaces combine areas for introspection and rest, as well as gathering and socialization. Whether urban or rural, public or private, parks and gardens are vibrant ecosystems and a small universe in their own right. But how are they organized, and in turn, how can design shape the ways people connect and come together?

Landscape architecture and design are directly tied to microclimates and local conditions. California is one of the many places across the United States known for dramatic natural conditions, expansive landscapes and parks, as well as intimate and varied private gardens. It also has a rich history of innovation and landscape architecture that engages the environment. The following projects explore open spaces across the Golden State through plan drawings, including both private and public projects alike. In turn, they represent diverse ideas on leisure and human experience. The designs are programmatically and spatially diverse, but also showcase multiple scales of connection as they embrace new ways of living and dwelling throughout California. 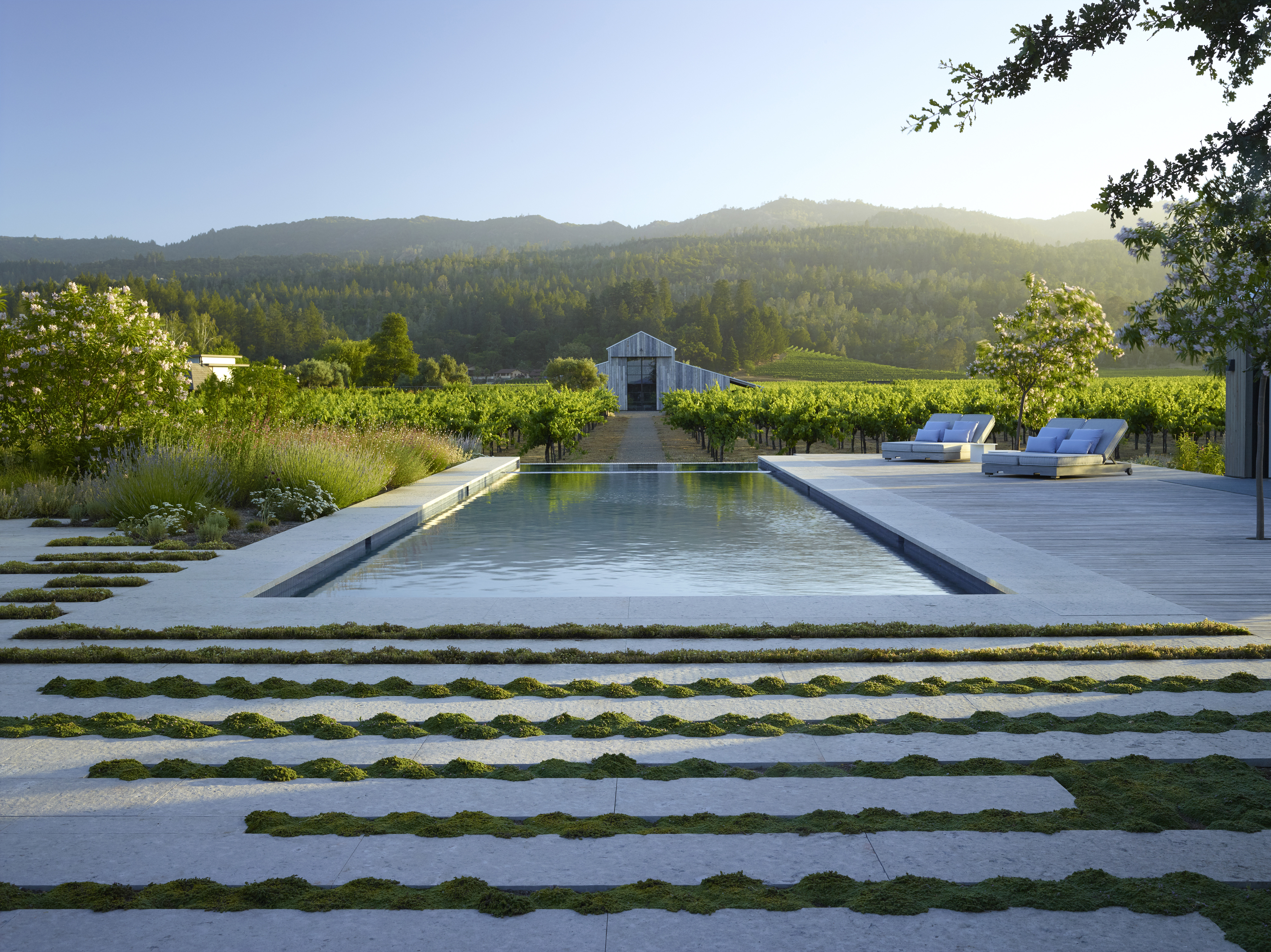 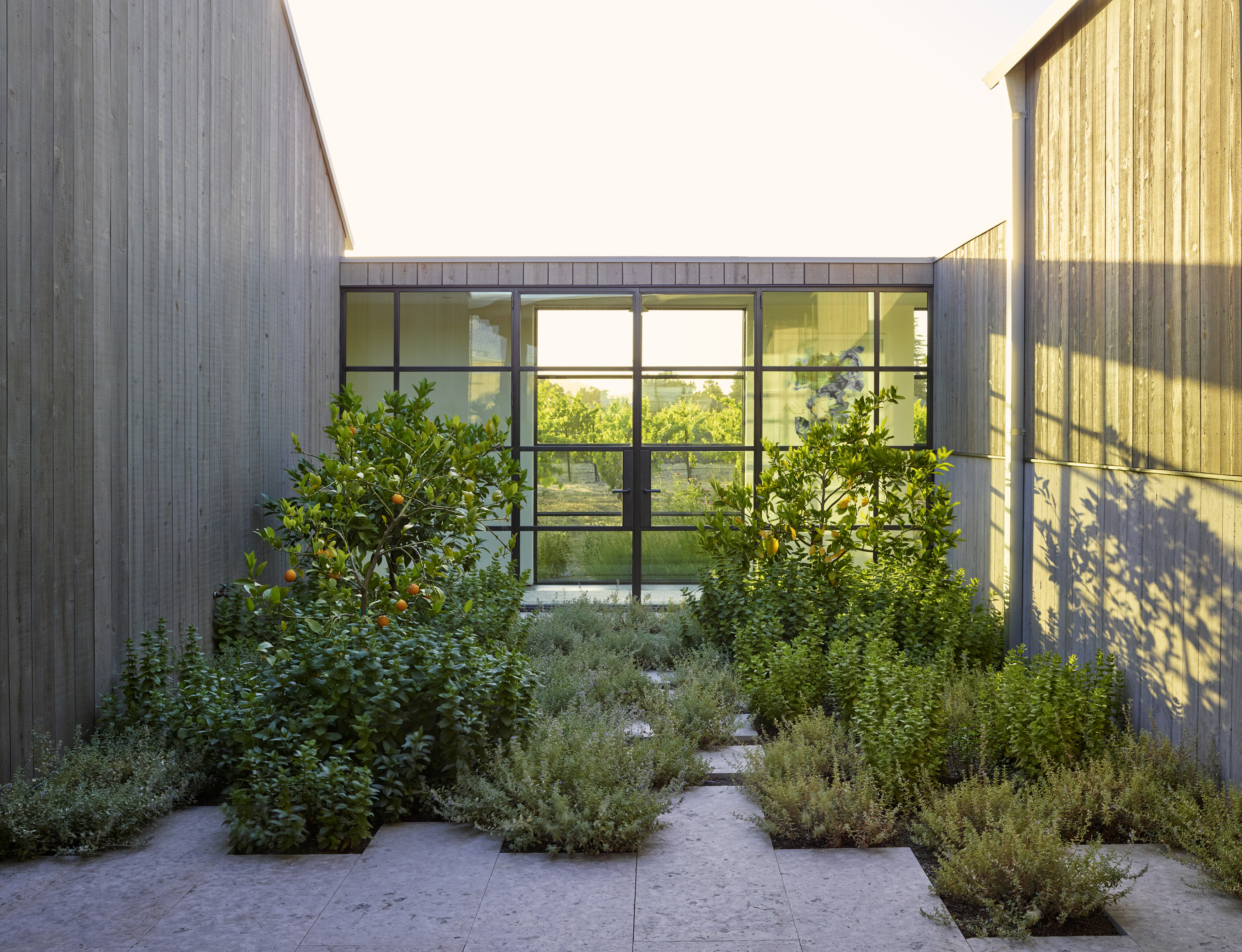 Set within one of the oldest Zinfandel vineyards in California, the St Helena residence floats above the surrounding vines, extending the landscape into the house and pulling life out into the garden. An olive-tree lined gravel driveway frames the entrance to the St Helena property, and culminates in the oak-lined property edge, where an existing heritage oak anchors the property.

This oak orients the site, marking the central axis of the house, pool and — through the vineyard — the barn. Salvage is integrated into the barn landscape, tying into the reclaimed wood of the barn siding and framing the entrances to the building. Exuberant perennial plantings frame the trees and provide seasonal interest: Nepeta flowers and Little Bunny grasses bloom in early spring followed by a flurry of summer color from Agastache, Perovskia, Lavender and Gaura. 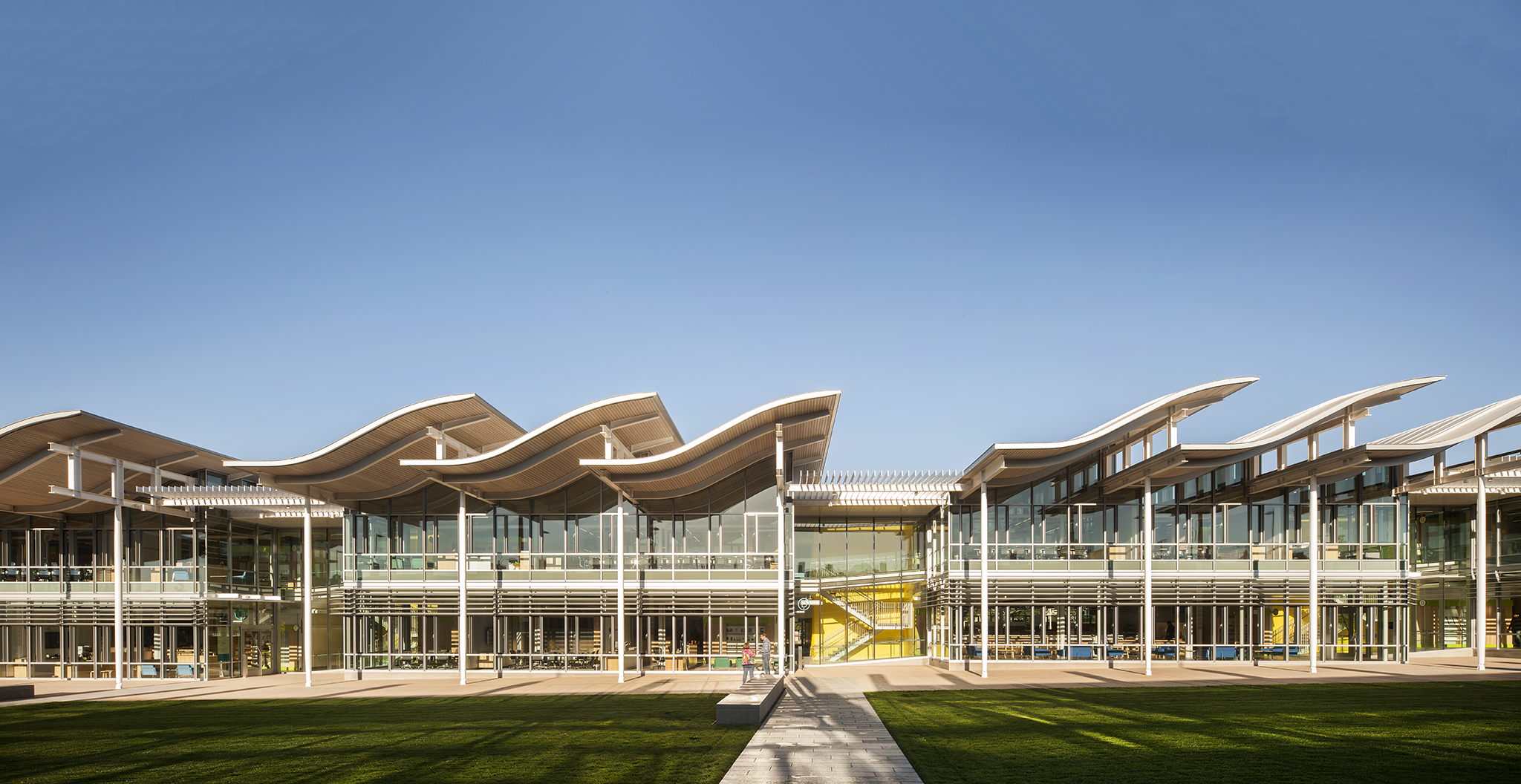 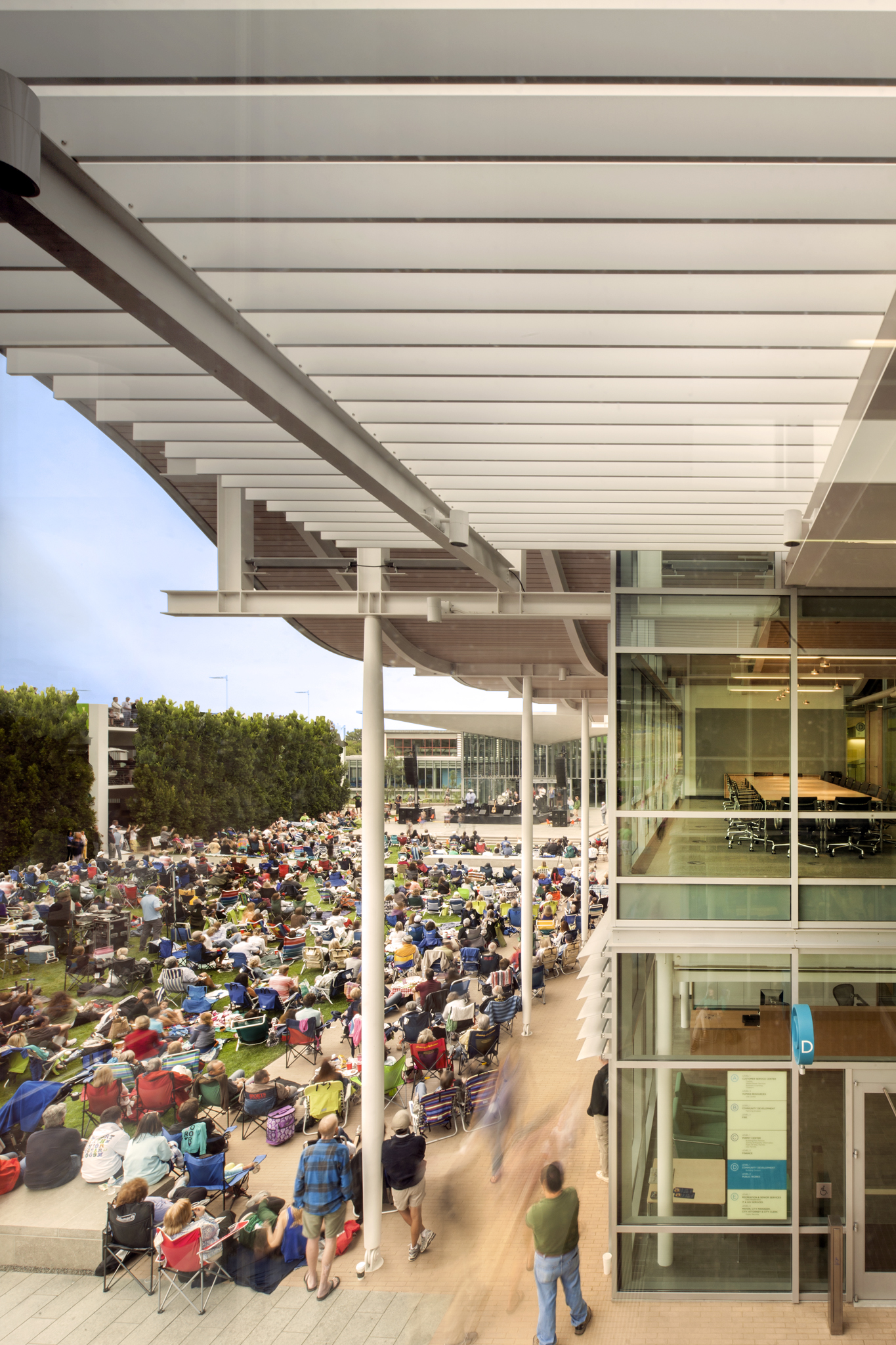 BCJ worked with PWP and the City to develop a new Civic Center that includes a city hall, library addition and new garage bound by a new public outdoor space, the city’s “civic green.” This civic core opens onto a new 17-acre park that includes a restored wetland. The Civic Center was designed to be understood at the scale and speed of the car, while providing a satisfying sense of place for users who come to the city hall, library, and park.

The project is inspired by its Southern California beachside location, reflected in the light and airy palette, the many subtle nautical references, and the numerous outdoor spaces made possible by the sunny, pleasant climate. The site features a series of native and drought tolerant landscape settings encompassing a rehabilitated wetland, children’s and picnic areas, a new dog park, and two belvederes with views of the Pacific Ocean. 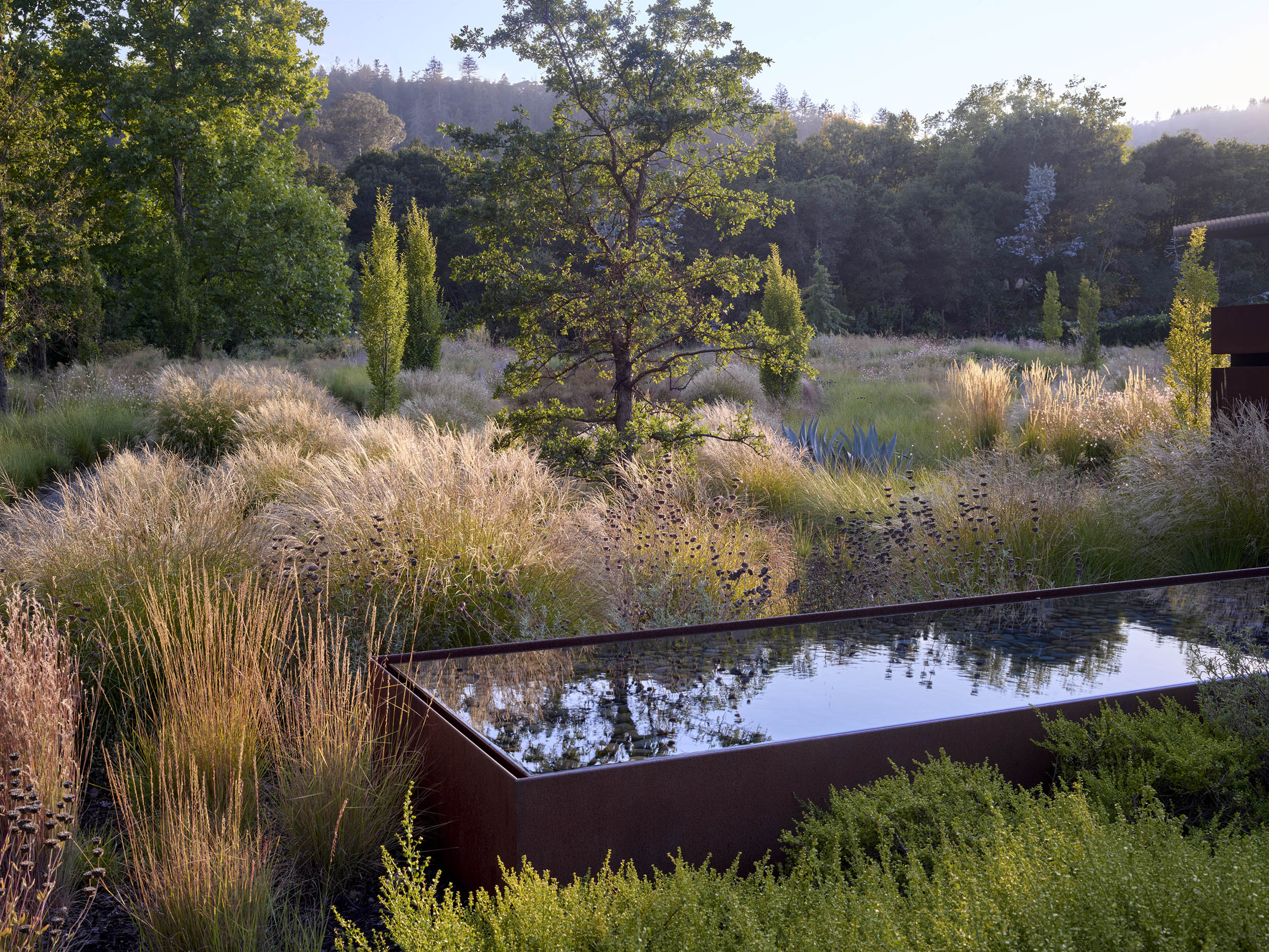 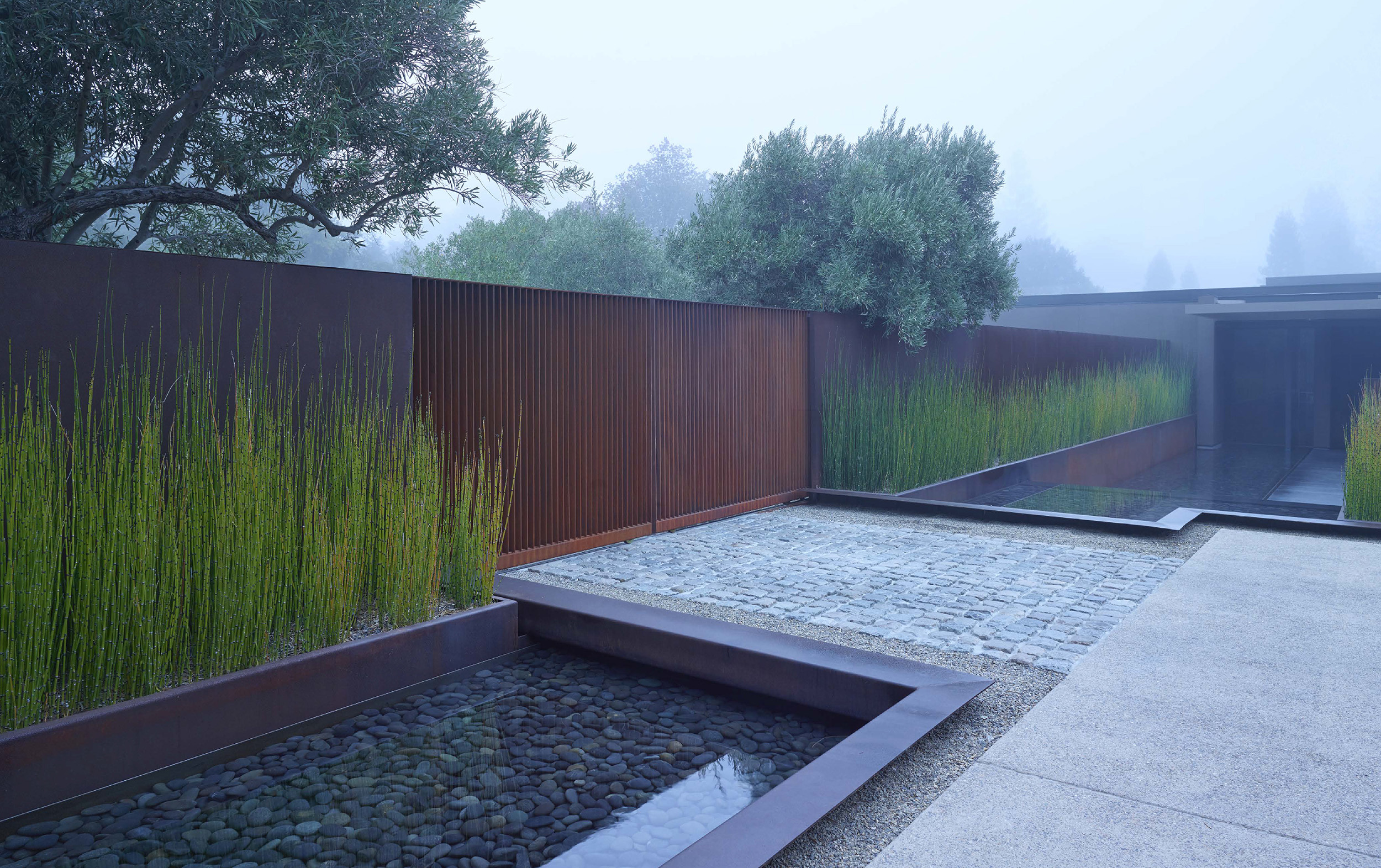 Located in the foothills of the Santa Cruz mountains, the Woodside residence nestles seamlessly its three-acre site. From its conception, the design aimed to blur the line with the surrounding landscape and borrow vistas of the adjacent mountains. The architecture unfolds as a series of low volumes extending towards the distant summits; the main house is organized along a main axis and a series of pavilions recede into the landscape.

Mitigating the site’s naturally rolling topography, a series of carefully inserted stairs, terraces and walls negotiate the grades and create a canvas for a series of garden rooms. In turn, a meadow sits atop sculpted topography that exaggerates the pre-existing characteristics of the site, while seamlessly blending into the rolling hills of the surrounding area. 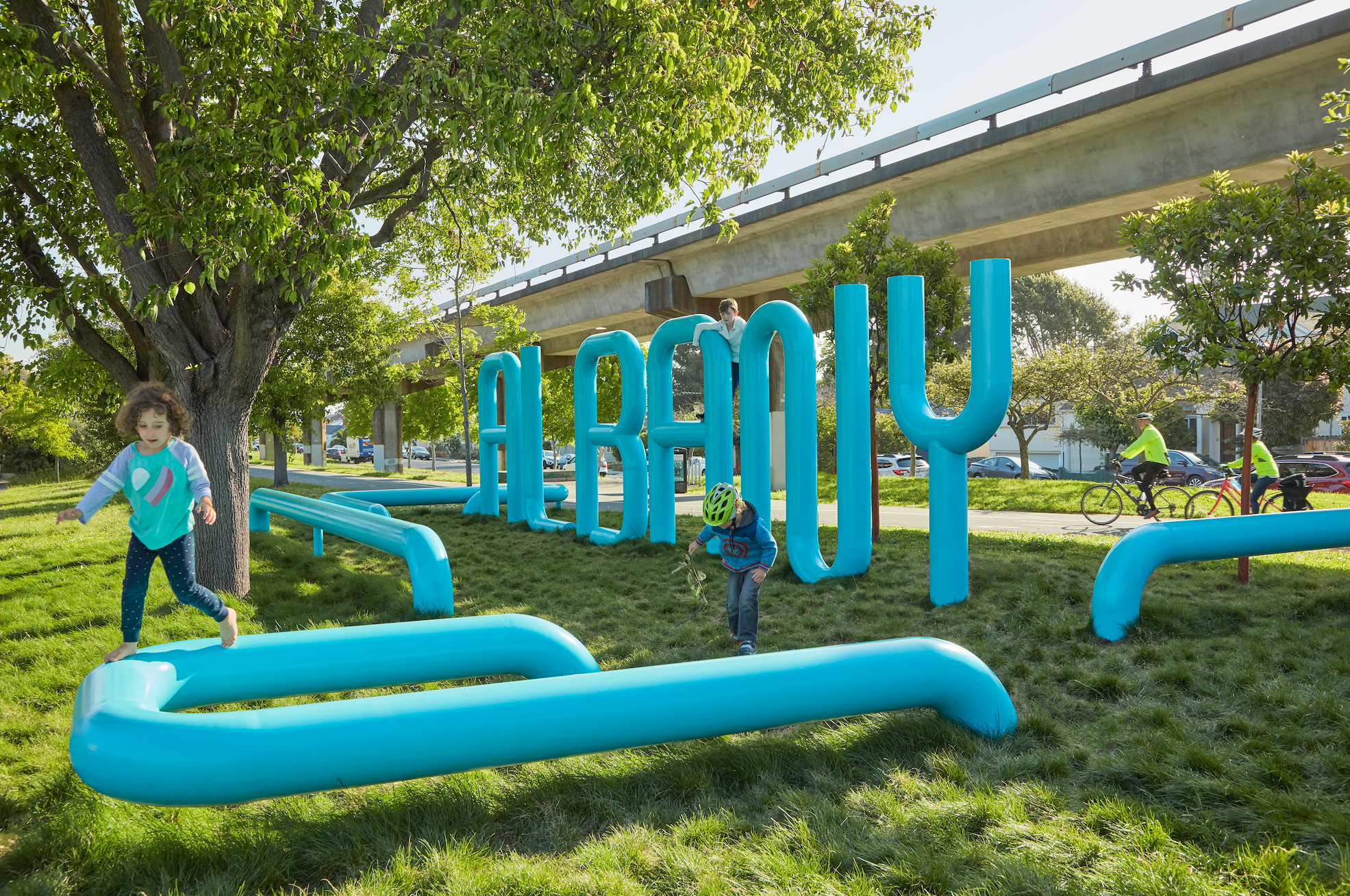 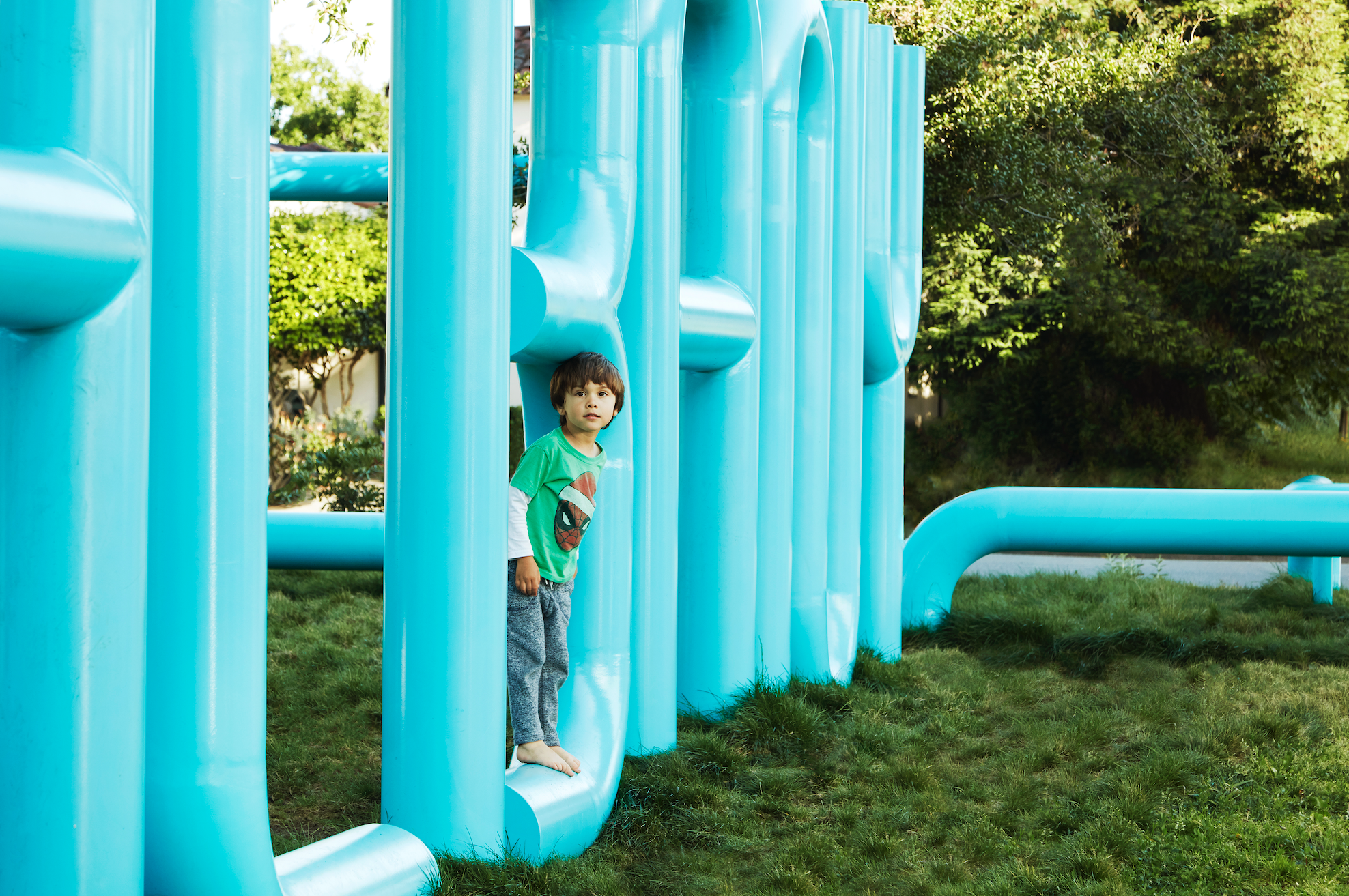 Along the idyllic eastern shore of San Francisco Bay, and nestled between Codornices and Cerrito Creeks, is Albany, California. The City of Albany released a Call for Artists to engage their beloved Ohlone Greenway. Groundworks Office set out to design and create an interactive play sculpture. The call for artists was for, “a work of art that is related to and in response to the local environment, including the possibility of interactivity for all Ohlone Greenway users to enjoy.” The art play sculpture invites children to the Ohlone Greenway and encourages positive interaction for children and adults. 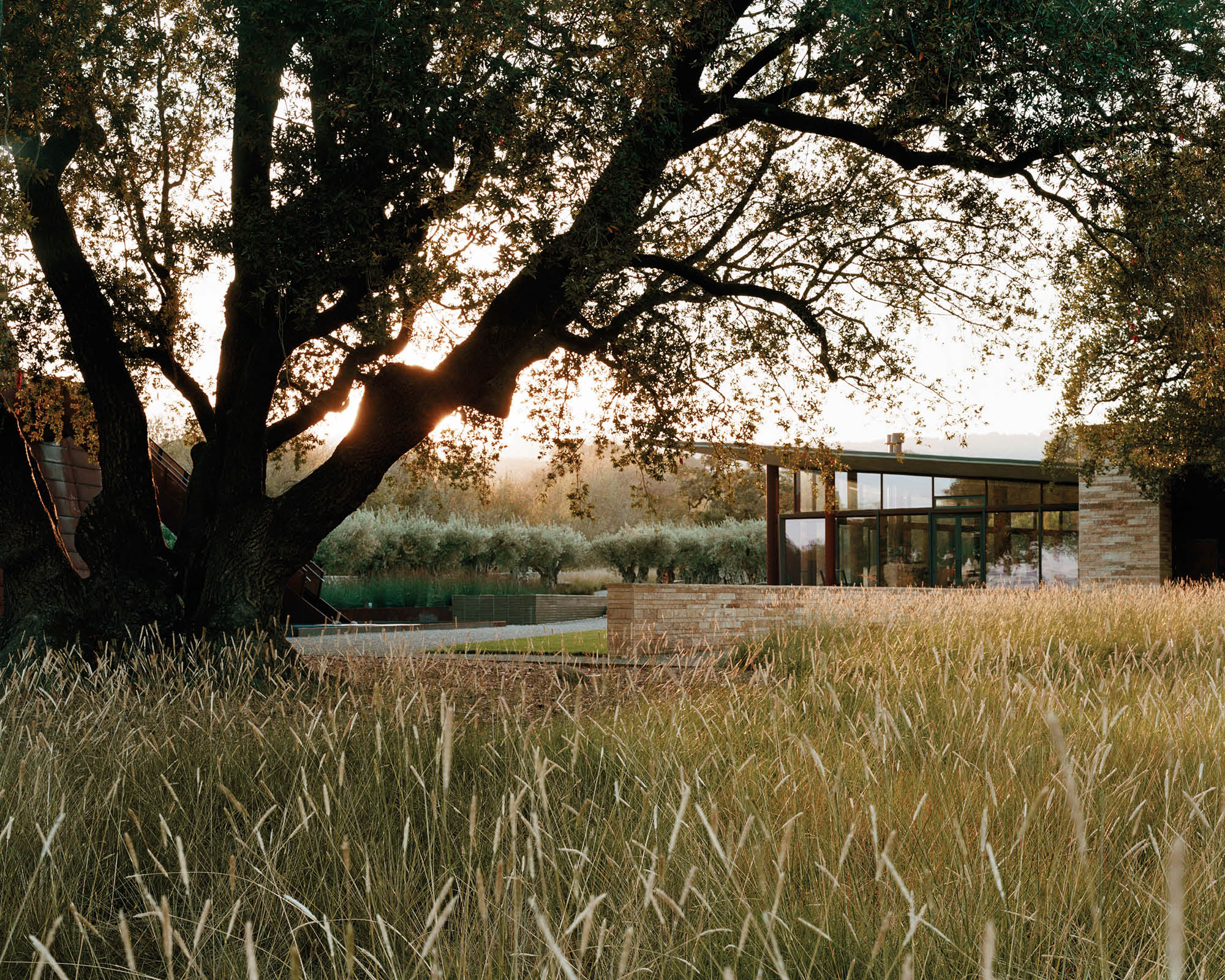 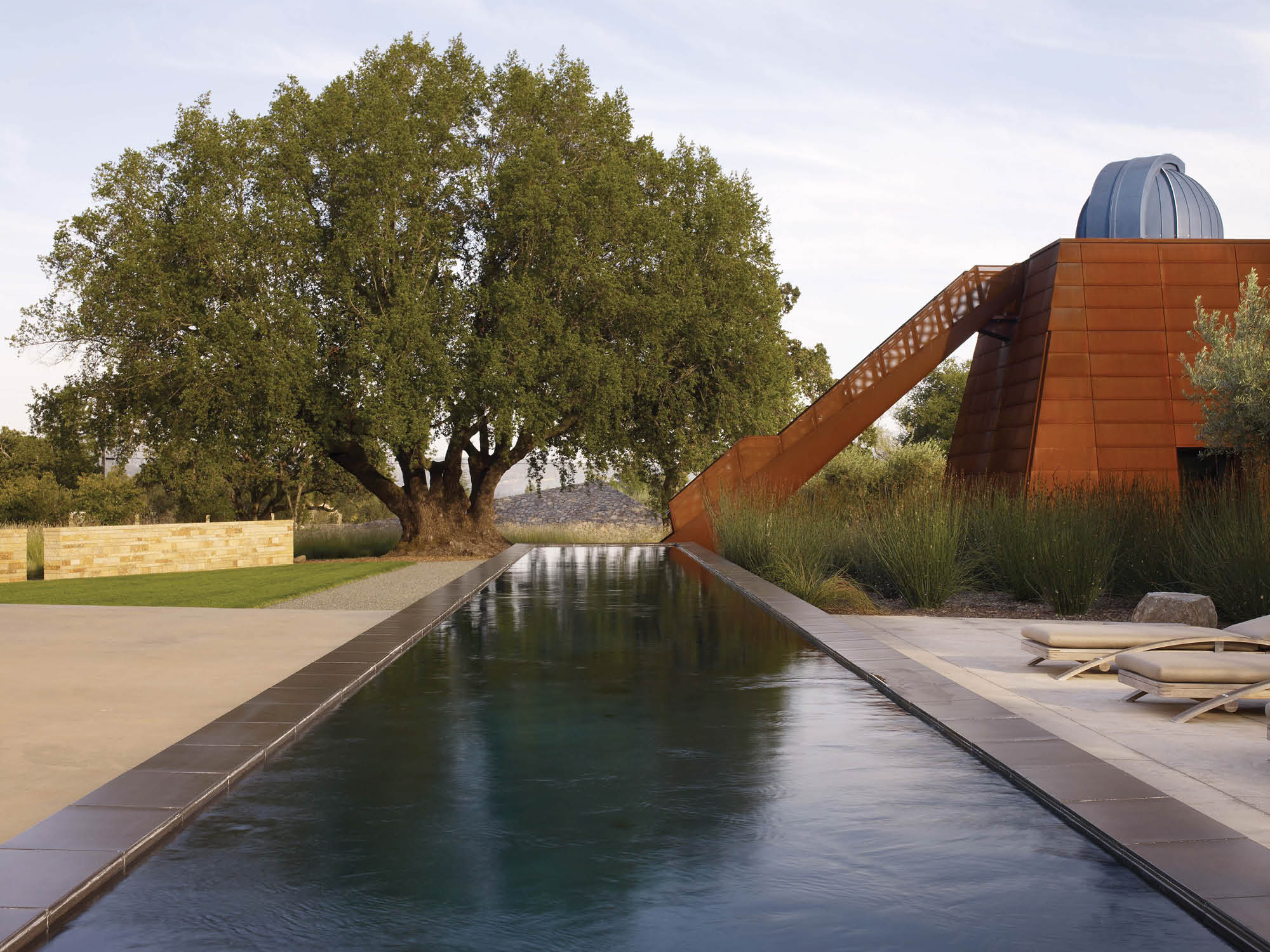 This project is composed of balanced and linked elements within a serene, uncluttered landscape. A carefully sited trilogy of structures — a celestial observatory, a spa and stone pyramid — are grounded by linear forms, including a reflecting pool, raised lap pool, and bars of olive trees. The composition floats within meadows of drought-tolerant grasses, connecting the site to the larger Sonoma Valley landscape.

Stone Edge Farm is named for the site’s unique location over an alluvial plane. Serving as the primary residence for the owners, this property has been developed incrementally over a 10 year period to include a commercial vineyard, an olive orchard that produces oil and an organic garden that supplies several gourmet restaurants locally. 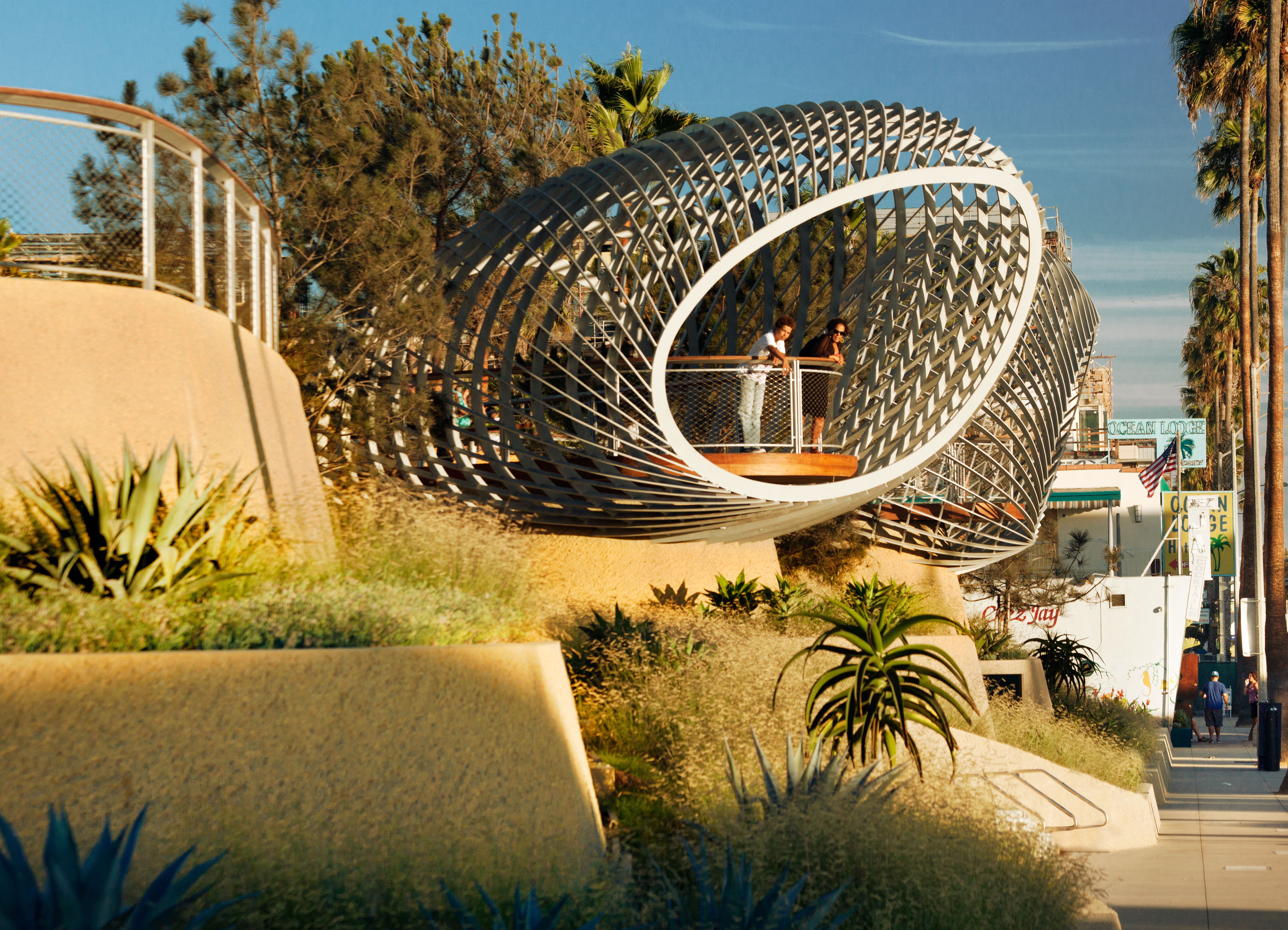 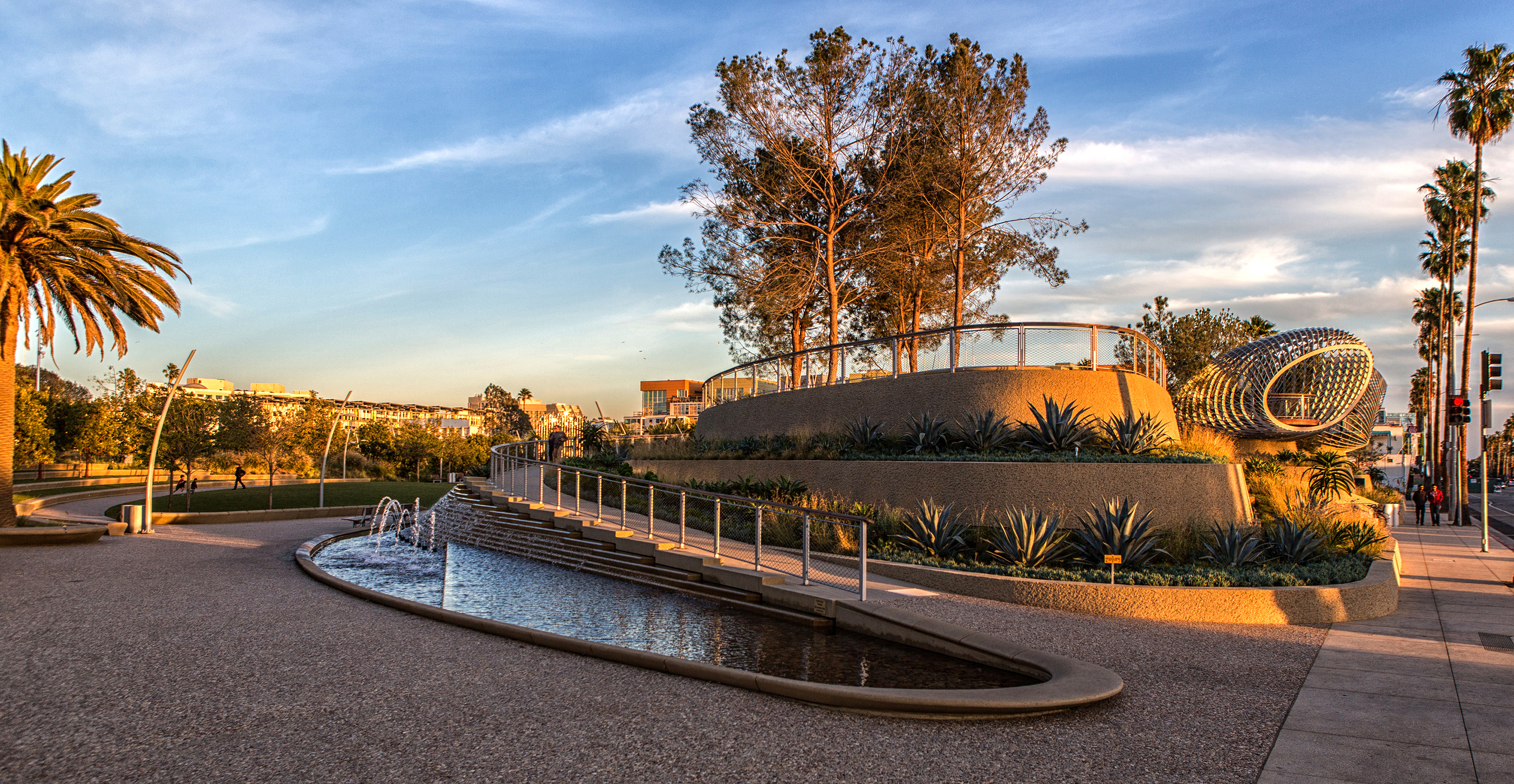 Tongva Park and Ken Genser Square was transformed from a derelict and flat parking lot into lush landscape of rolling hills, swales, Mediterranean meadow gardens and active urban spaces. Design and sustainability come together in this project to produce a new type of urban landscape that is active, innovative, resource-conscious and ecologically rich.

Shaped by extensive public participation, the design redefines the center of Santa Monica, re-connects the city fabric, and features a dynamic topography of rolling hills, meadows and gardens. Inspired by the Southern California arroyo landscape of washes and ravines that once defined the site, a series of braided pathways emerge from the footsteps of City Hall, extend west to Ocean Avenue and weave the park into the fabric of the city.