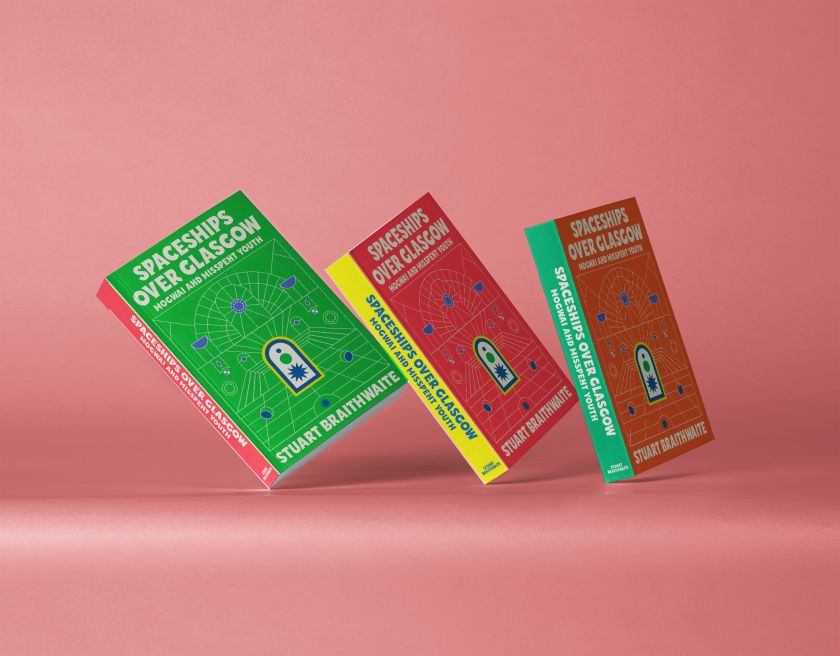 Mogwai guitarist Stuart Braithwaite recently announced that his memoir, , will be hitting the shelves later this year. And with a title as evocative as that, the task of designing the book’s cover was a dream come true for fan and friend .

Published by White Rabbit Books, Spaceships Over Glasgow tells the story of Stuart’s youth as a delinquent at school during the ’80s and tracks his musical journey as he discovers the likes of Sonic Youth, My Bloody Valentine, and Jesus and Mary Chain. Described as a “love song to rock and roll”, it’s sure to connect with anyone who’s lost themselves in the crowd of a particularly amazing gig.

An important part of Mogwai’s development over the years has been the artwork created for the band by designer and founder of Middle Boop studio, Gordon Reid. And as a personal friend of the band, it made sense that he was contacted to create the look and feel of Stuart’s memoir.

“This project started the way they usually do with Stuart,” Gordon explains. “A one-line text which read ‘do you want to design my new book cover’? and that was that.” 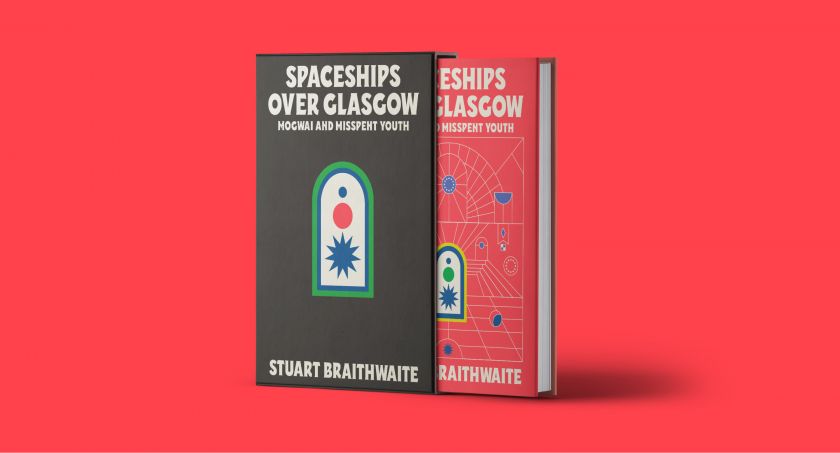 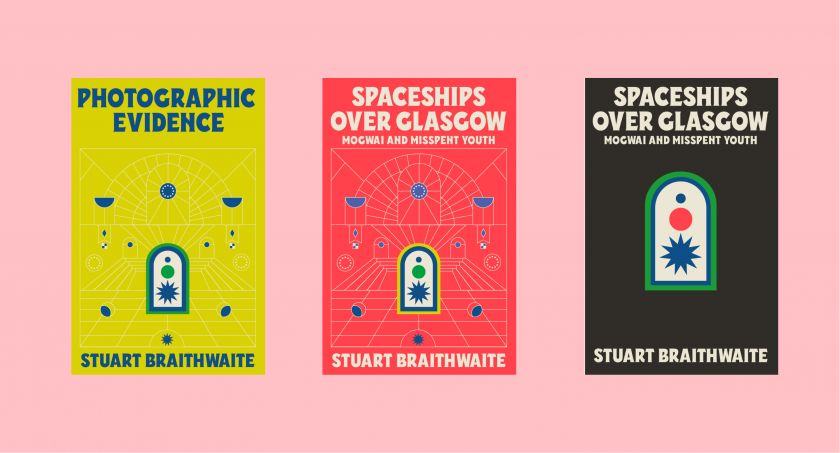 Yet despite this humble beginning, the project grew into what Gordon describes as a “dream brief”. He adds: “I had total backing from White Rabbit and Stuart to do what I wanted; just come up with some cool ideas, see what we all thought and run with our favourite.”

This resulted in multiple executions that experimented with graphic form and photography, which all eventually aligned on the route toward the finished product. Bright, bold, and geometrically interesting, the covers are an original take on several familiar topics.

“The idea was to create something extremely standout on shelves and thumbnails digitally,” says Gordon. “Something that would instantly catch your eye. I wanted to draw on references from the book, which were quite psychedelic (but not too cliche ’60s psych) and create something inspired by Stuart’s likes and personality. 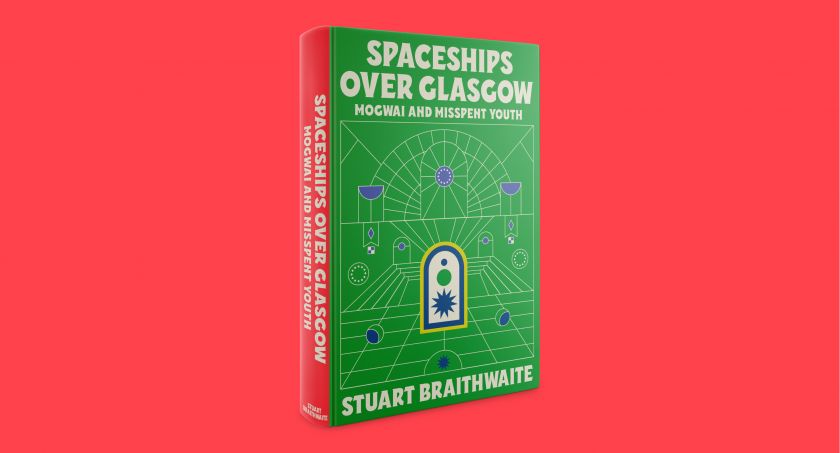 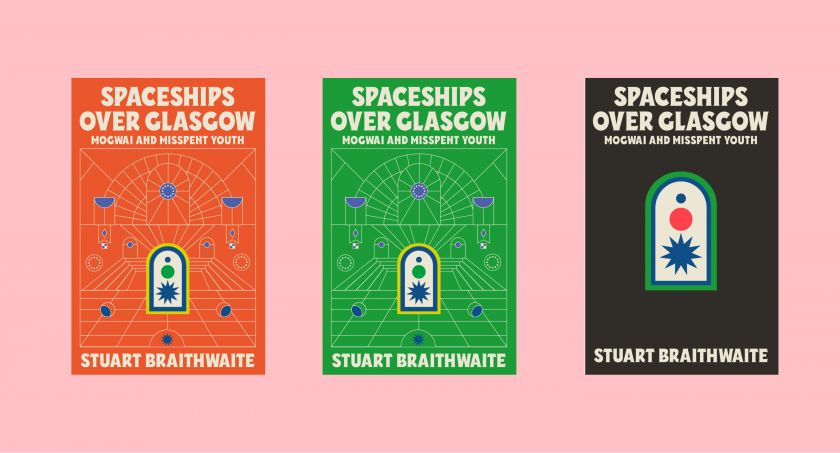 “For instance, we’re both big comic readers and sci-fi fans, so my first thought of inspiration was looking at old sci-fi books, like Isaac Asimov and J.G Ballard especially given the book’s title. Those book covers are amazing and instantly set the scene for the book. Not that this is a sci-fi book, but I wanted a bit of that feel mixed with a psychedelic, almost acid house, neon colour palette, with a bit of a cheeky play on the cover title, and basically to create a little magic, psych world.”

As if the project wasn’t already exciting enough for Gordon, it grew into something extra exciting and special. “I’d presented the chosen execution in various colour treatments, which sparked the conversation and idea about pushing this further than one cover,” he reveals.

“We threw ideas around about different treatments, neon inks, slipcases, all manner of things, and the project grew and grew. The label was super behind pushing this to all sorts of limited special editions for different record stores, a slipcase, cloth hardback versions, and a photo book. All sparked from that initial idea for the cover.” 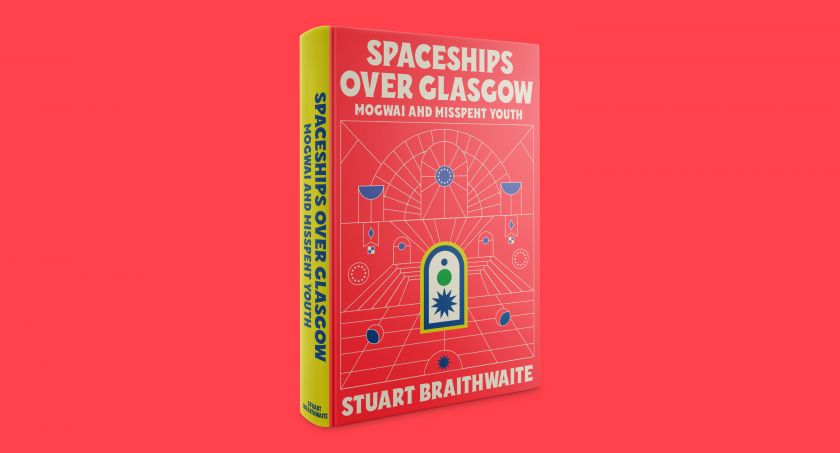 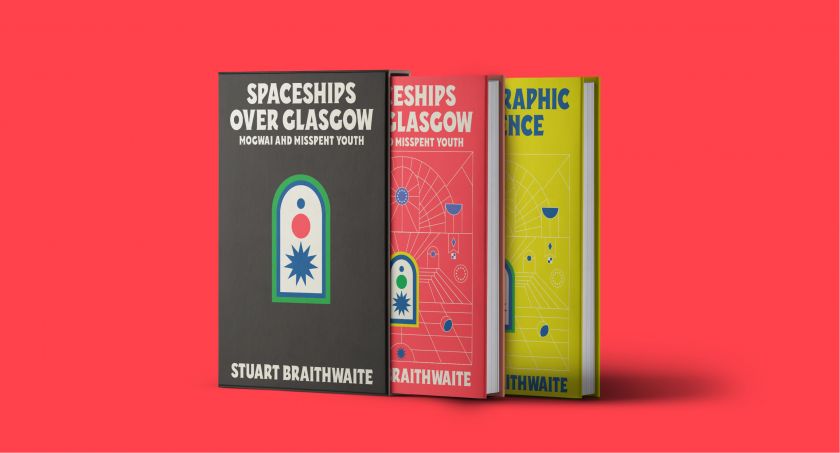 As for the illustration style, this proved to be versatile enough that it could be adapted for different covers along with the slipcase design. Plus, it supported the original neon colour palette. “It was one of those dream occasions where the idea and momentum just kept growing,” says Gordon, “and I think because of that and the label support, we’ve got a really special product.”

Spaceships Over Glasgow is available to .