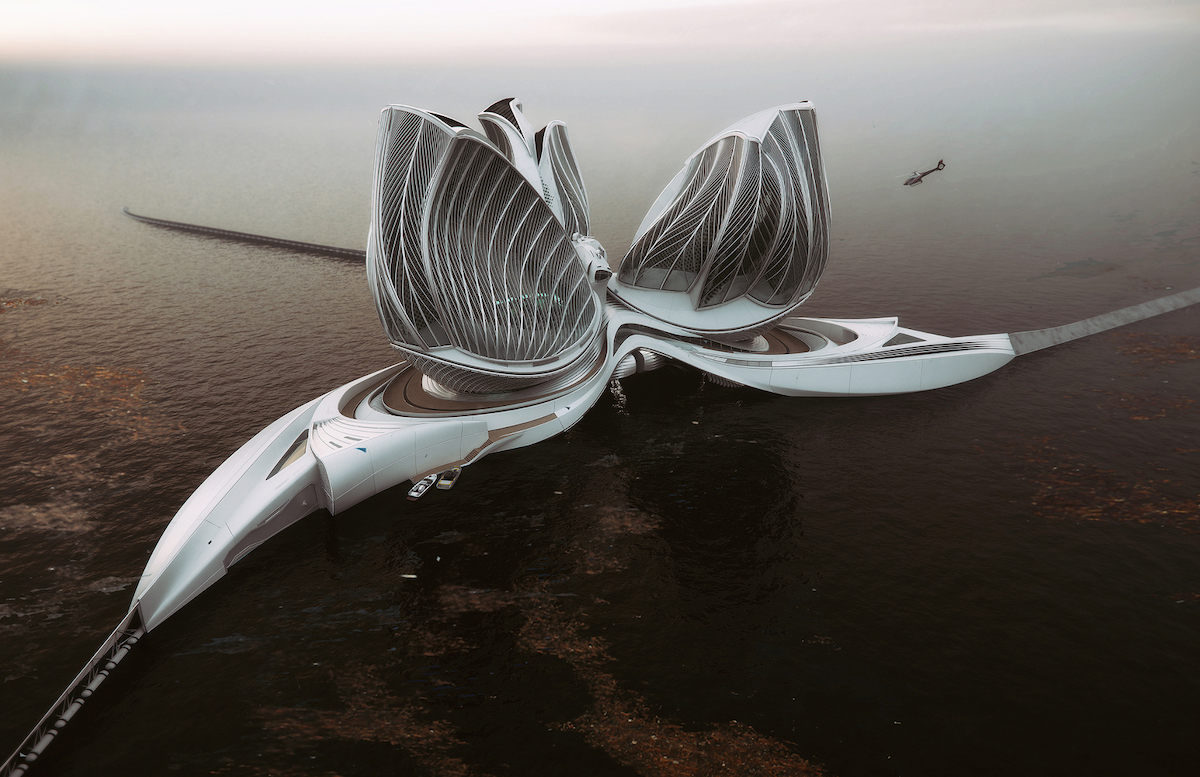 Climate change and the resulting rise in sea levels is directly impacting the future of architecture. It’s an unavoidable truth that environmental issues need to be addressed right now. One looming problem that designers like  are brilliantly giving attention to is ocean pollution and conservation. In fact, Petráková’s design concept for a floating ocean research and remediation station, called 8th Continent, has just won her the . The national architecture prize recognizes outstanding contribution to the industry, and is the highest French award for architecture.

The floating center is designed with three incredible glass forms emerging from an elegant spiral base. 8th Continent hopes to positively impact the ocean by skimming waste off the surface of the water and recycling plastics all while at sea. Petráková also planned the building to support ocean research projects and a range of secondary uses that will help clean our oceans and advance environmental research. 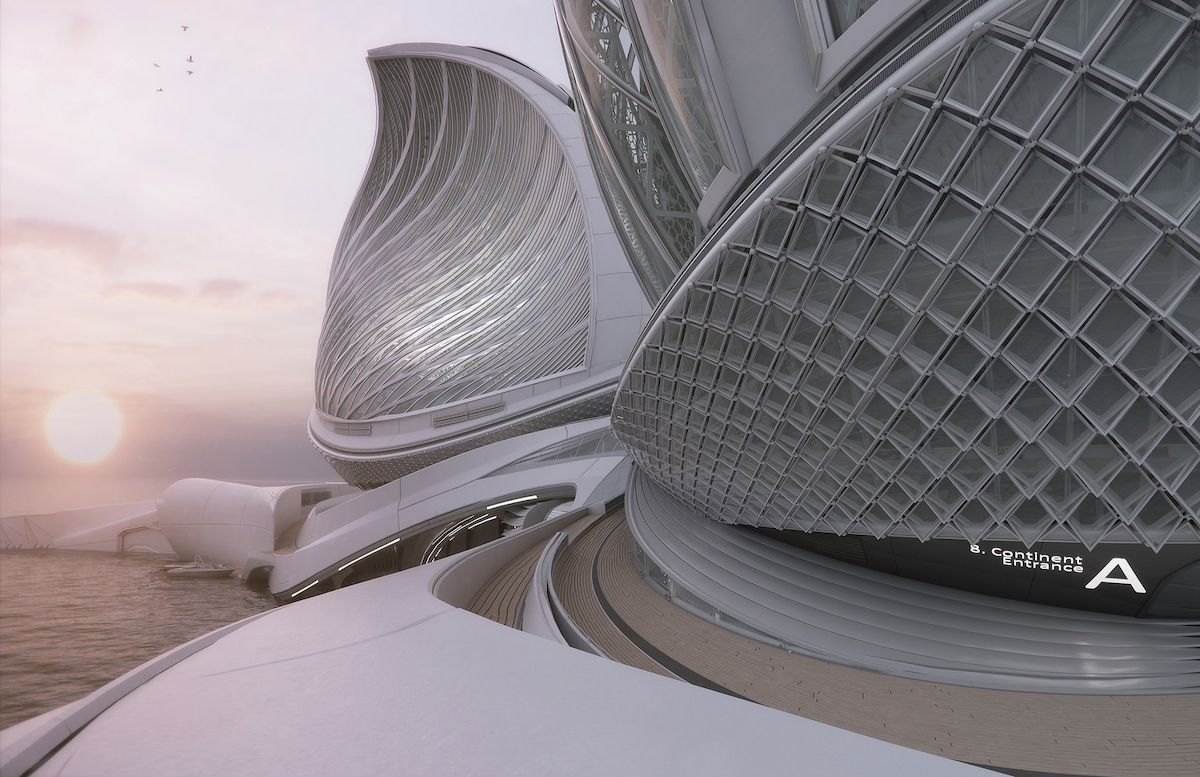 Both of these main needs—to clean oceans and to advance research—influenced Petráková to design this concept as a radical project to address pollution. This important need also influenced the designer’s decision to name the project the 8th Continent. “Today, large surfaces covered in marine plastic pollution equal the size of a continent,” Petráková explains. “The one growing in the Pacific Ocean is called The 8th Continent. For too long, we lived in the delusion that we cannot hurt the ocean by our action onshore. We left hundreds of species to get extinct.”

Petráková attempts to help break down these issues through a new kind of sustainable architecture. 8th Continent is split into five programmatic, or functional, areas: the Barrier, which collects waste and generates energy from the tides; the Collector, which is used to sort and recycle ocean waste; the Research and Education Centre; the Greenhouse, where water can be processed and plants can be grown; and the Living Quarters to support staff and researchers.

In addition to its Grand Prix win, 8th Continent has also won Innovation of the Sea by . Keep scrolling to see the dramatic renderings and architectural line drawings that helped Petráková win the Grand Prix, which very well may help inspire more architectural projects to clean our oceans. 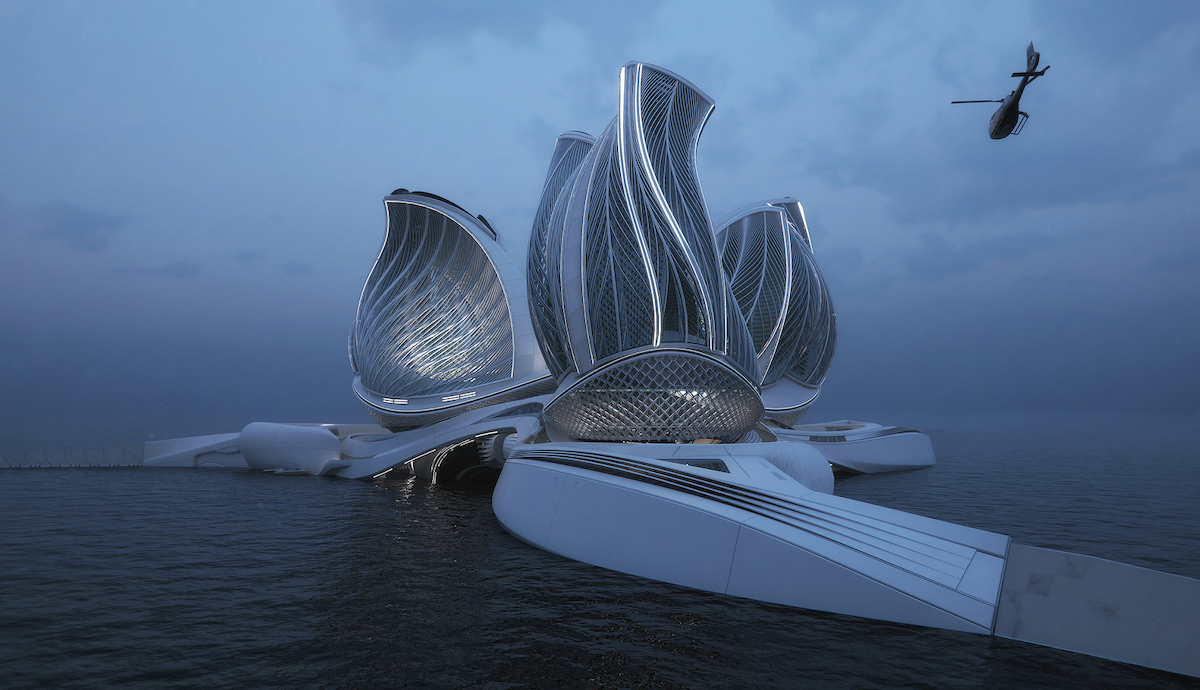 8th Continent hopes to positively impact the ocean by skimming waste off the surface of the water and recycling plastics all while at sea. 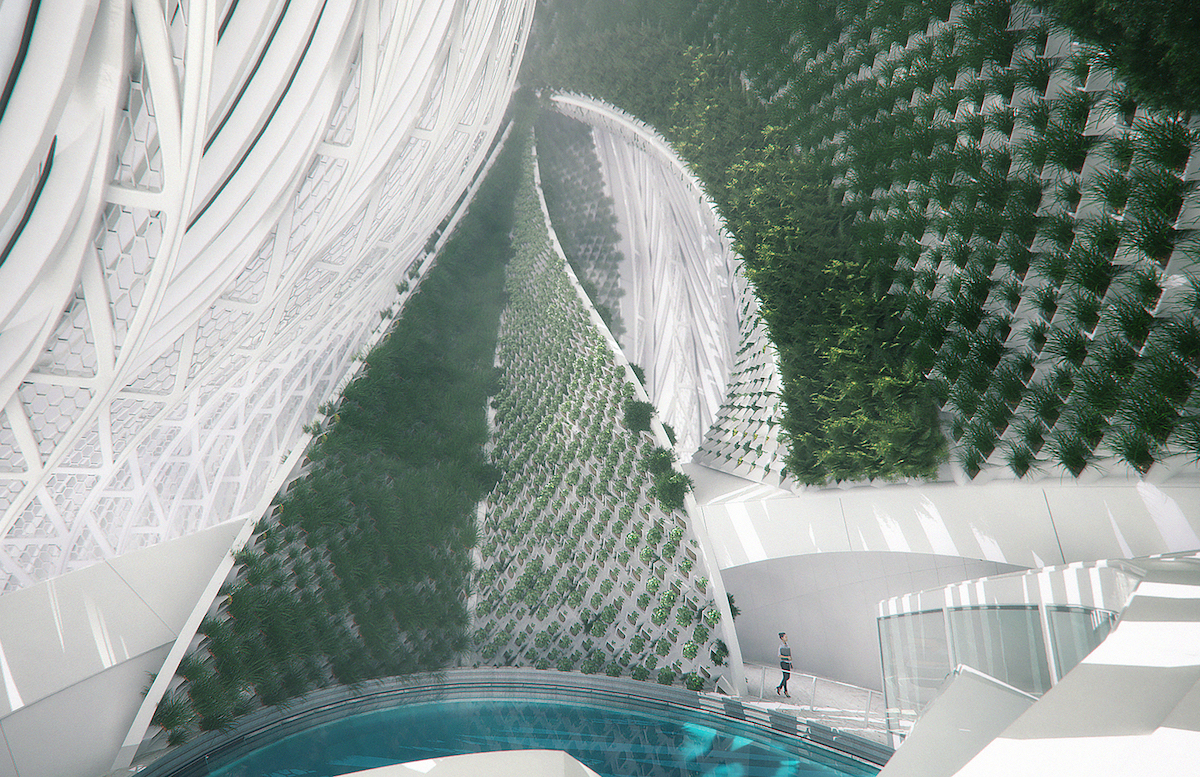 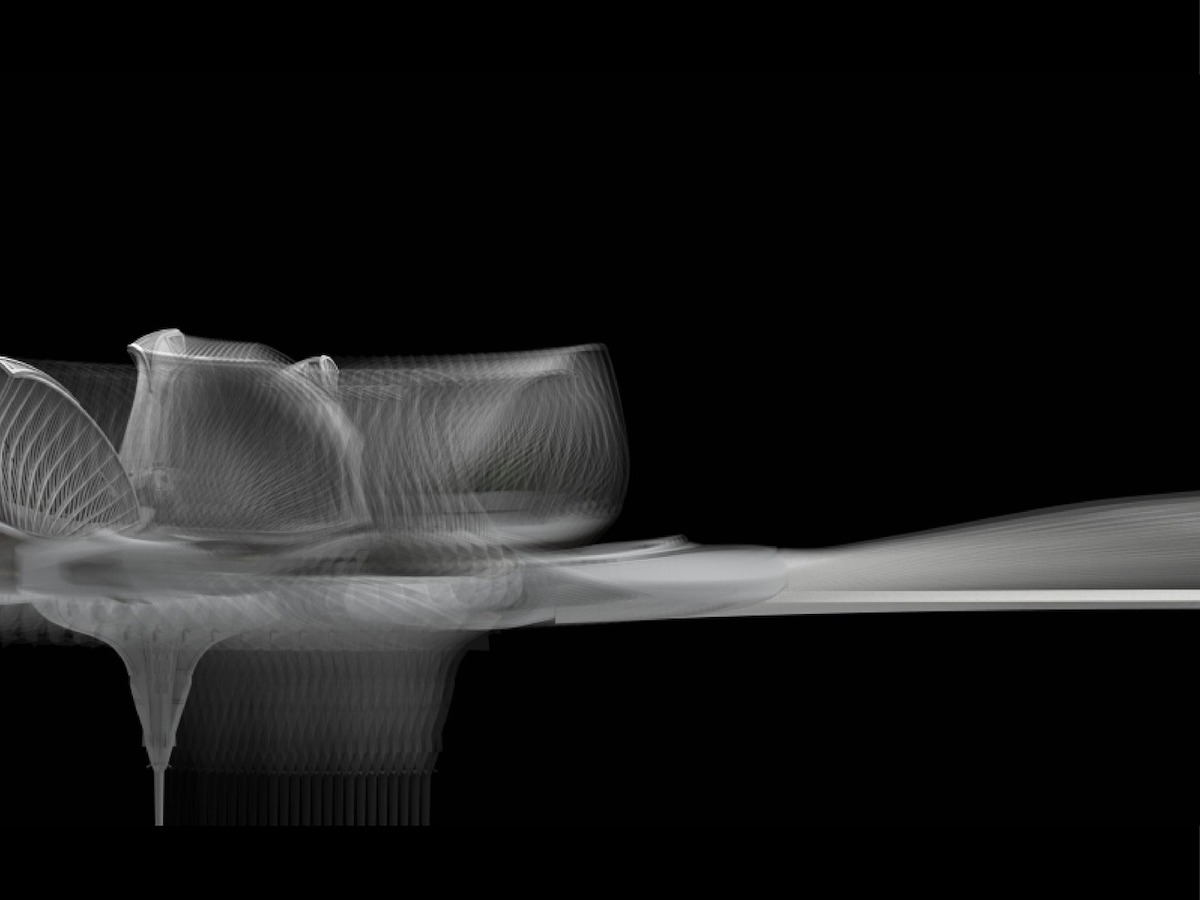 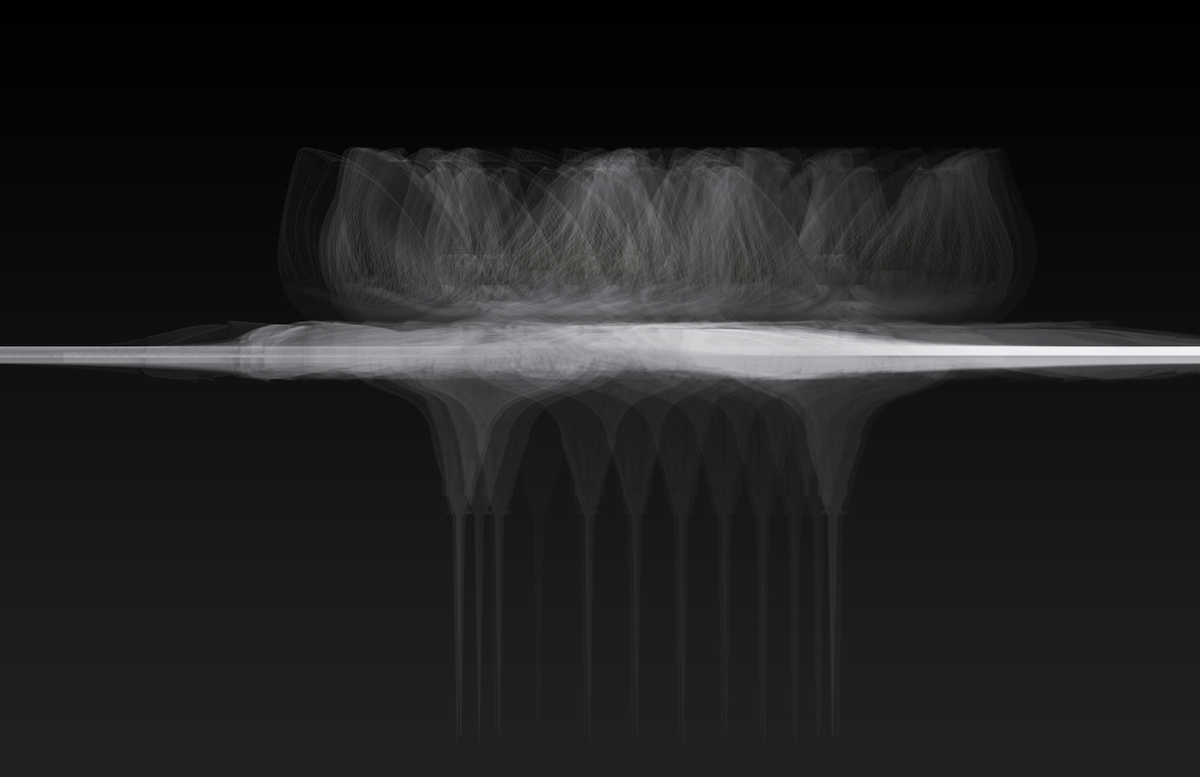 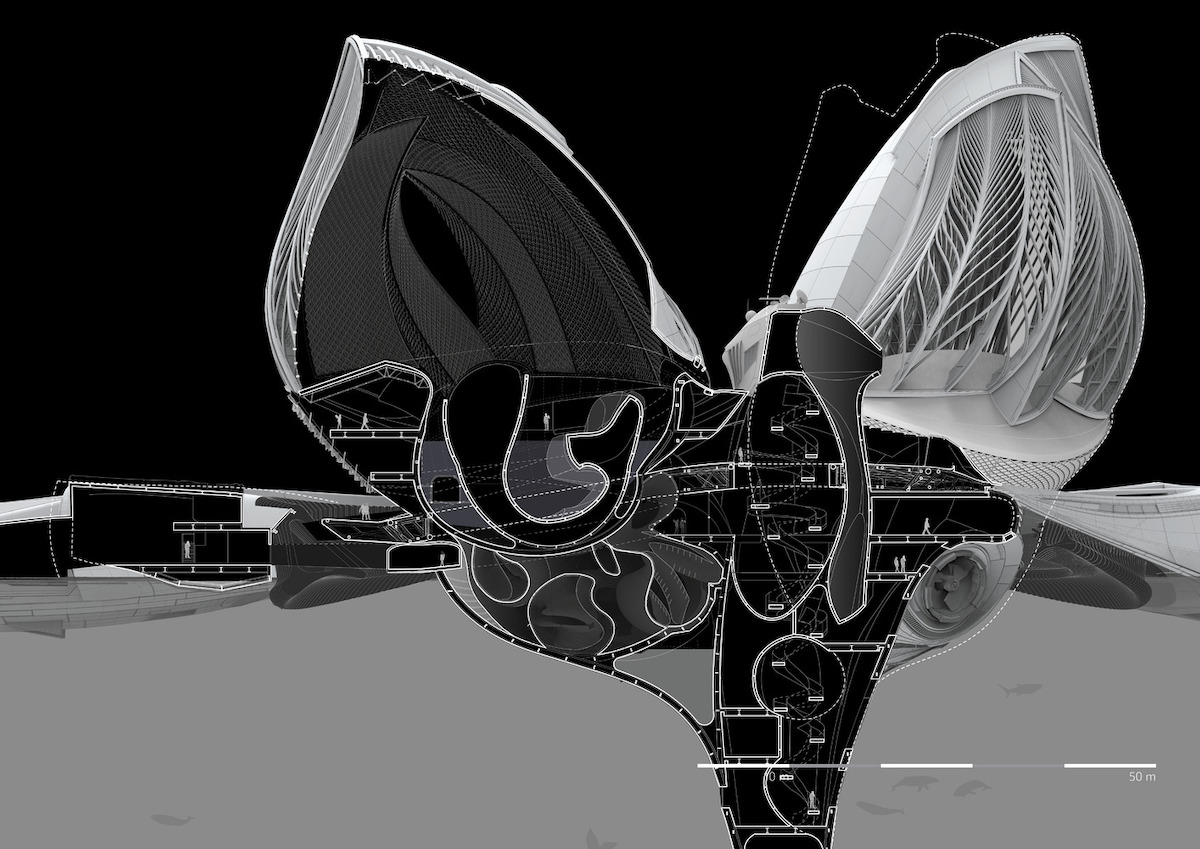 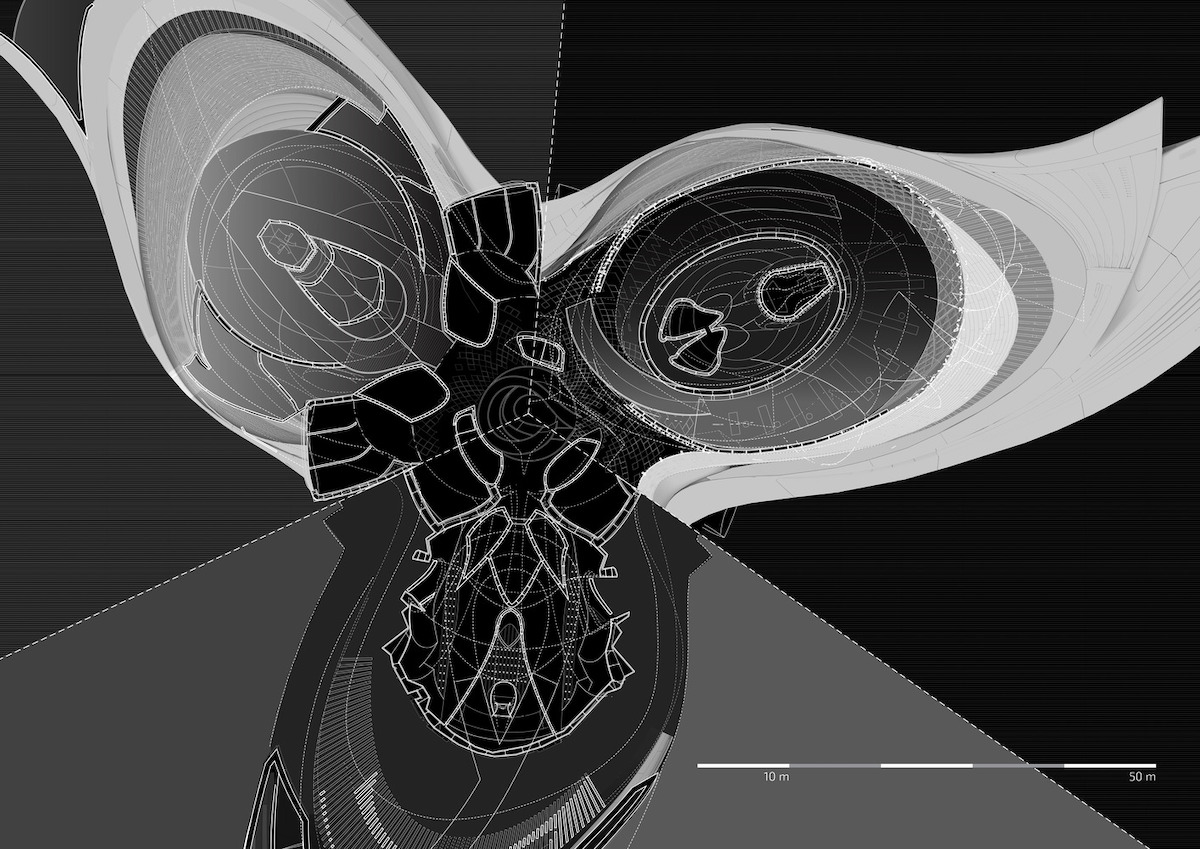 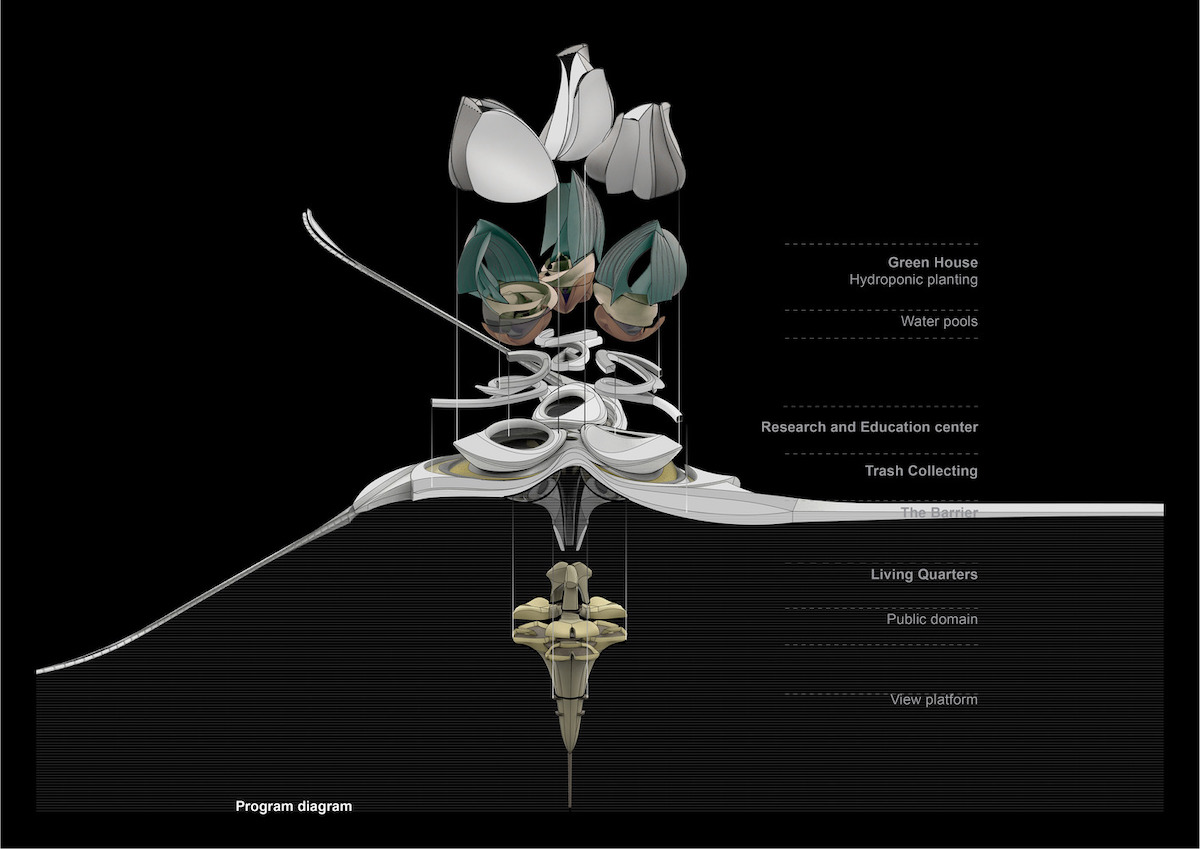 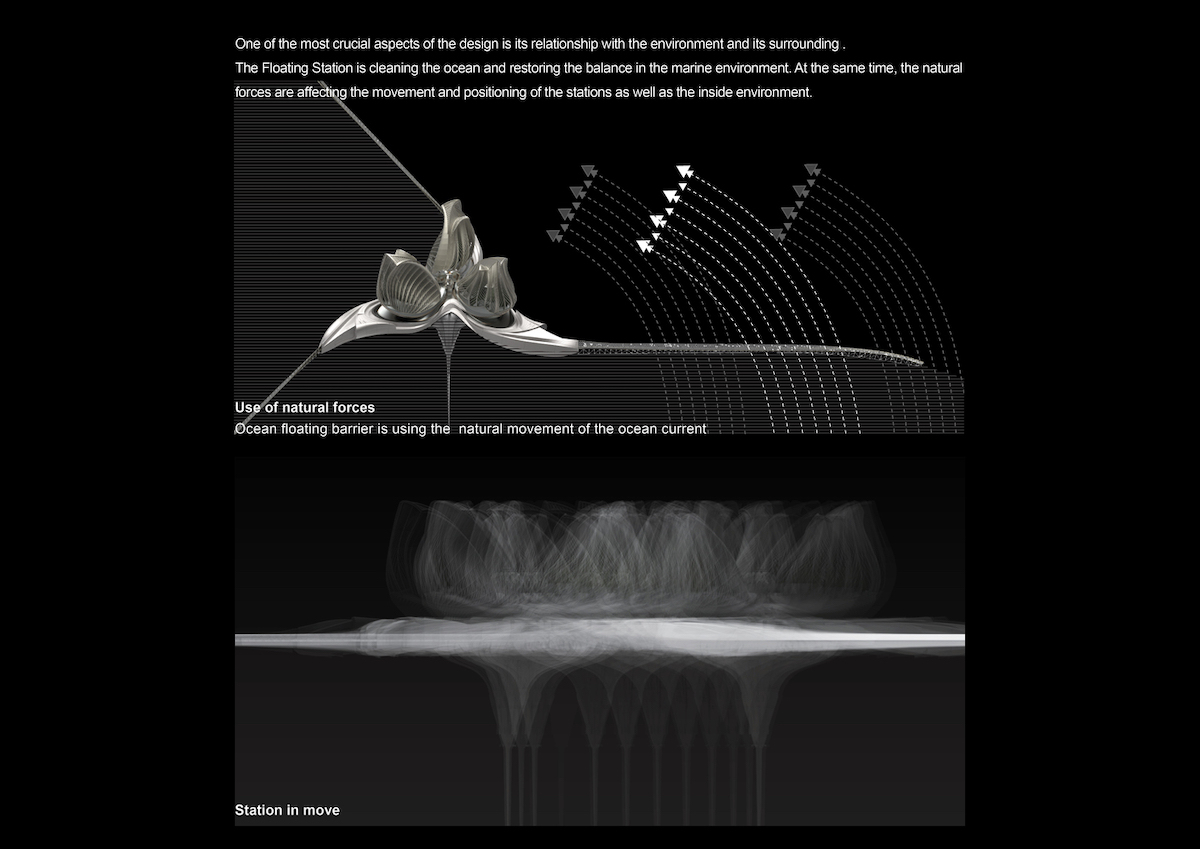 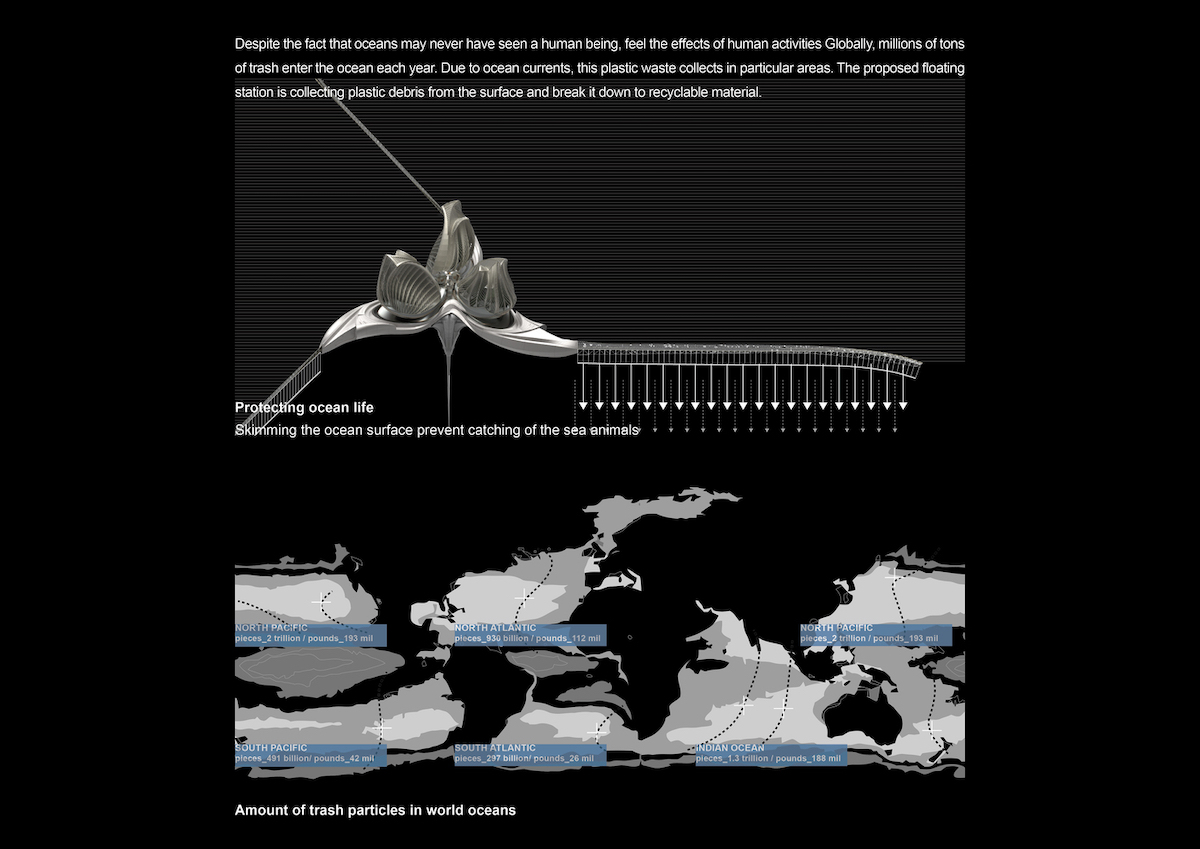 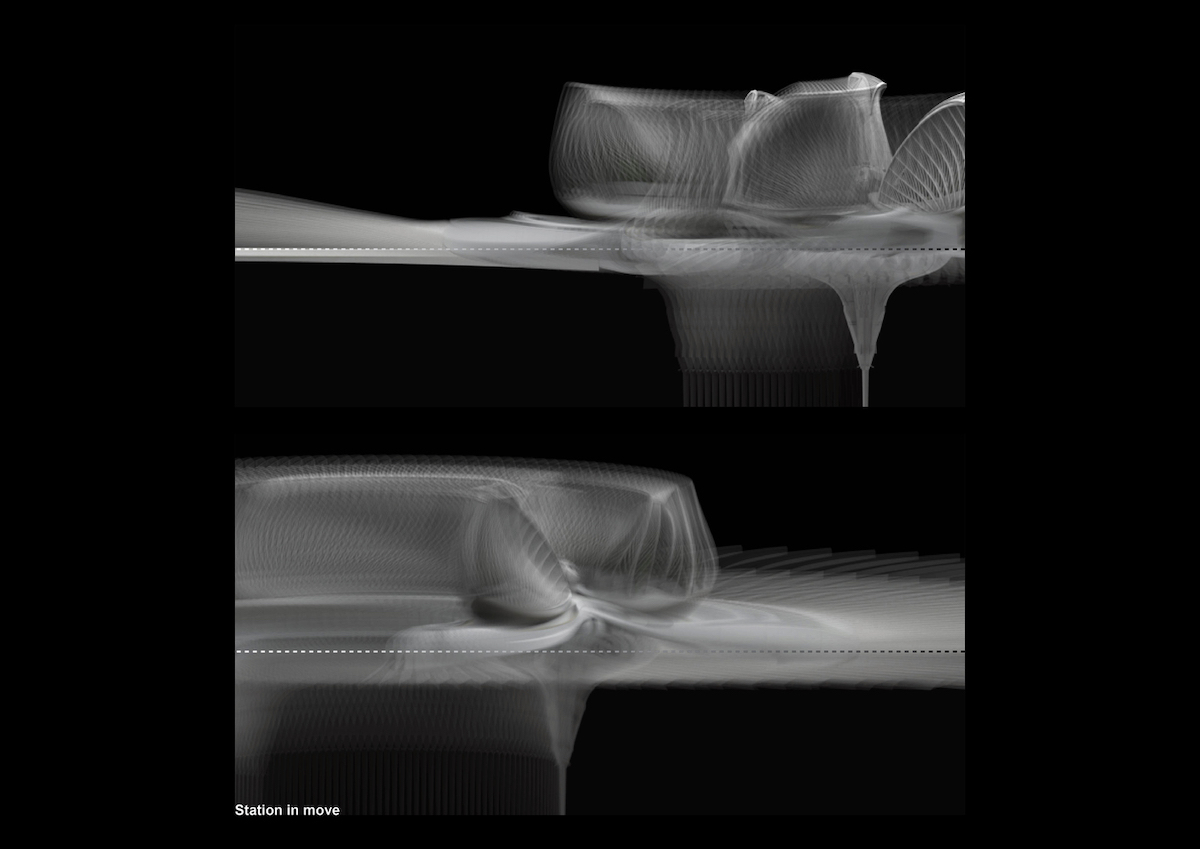 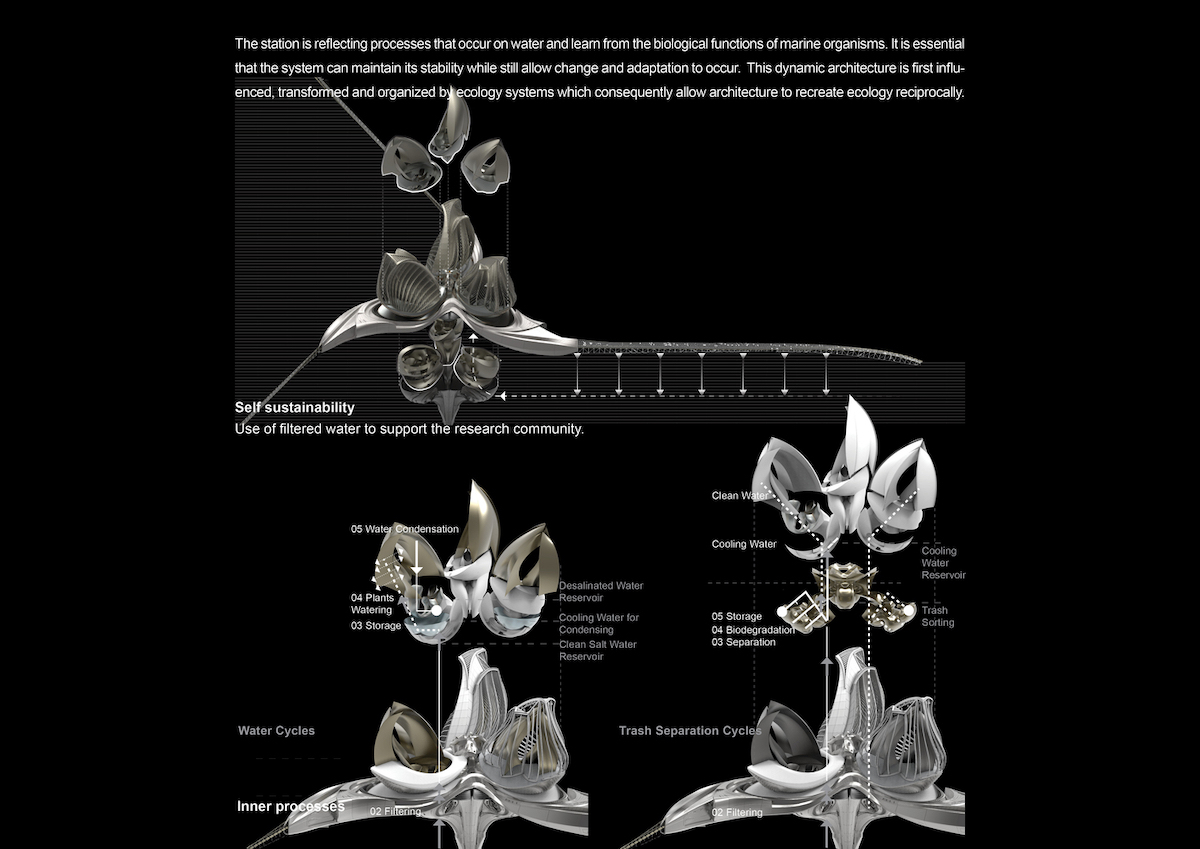 All images via Lenka Petráková.