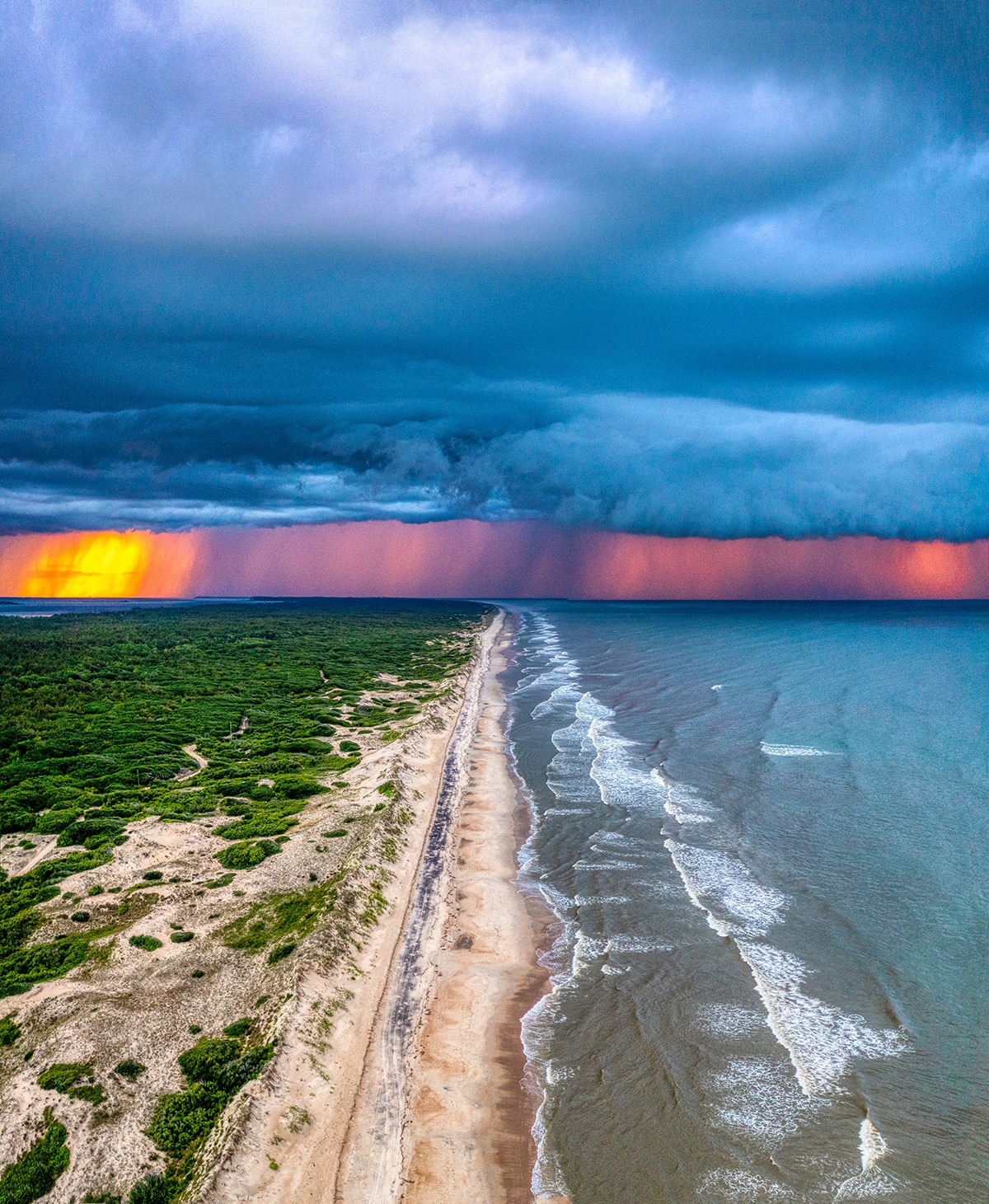 By day, is the Chief Technology Officer of an engineering consulting firm; but, his love for technology—including DSLR cameras and drones—has guided his photography hobby. So when he found himself in North Carolina’s Outer Banks, he couldn’t help but use his favorite gadgets to capture the picturesque scenery. Flying his drone high over beaches where wild horses roam free, he was able to capture an incredible image of storm clouds and the sunset.

The fantastic image is broken into areas of sand, sea, sunset, and stormy clouds. The well-balanced composition immediately draws viewers in. The storm clouds enhance the drama while the rich orange and purple hues of the sunset take the photo to another level. For Wang, the inspiration for the photograph was immediate. “Inspiration comes from the moment,” he tells My Modern Met. “Outer Banks is a secret gem, It’s wild and untamed. When I saw the storm formation on the horizon, I knew it was a once-in-a-lifetime shot.”

A second image taken during the same photo shoot focuses on the famous Corolla wild horses that inhabit these beaches. The horses, incredibly, are actually descendants of Colonial Spanish Mustangs introduced to the area in the 16th century. These beautiful creatures live on the northernmost beaches of the Outer Banks and Wang was able to capture two as they casually grazed on seagrass. Set against the same dramatic clouds as seen from above, the photo could be a postcard for the Wild Horse Beaches.

Finally, we have Wang and his friends, playfully dabbing as they celebrate their adventure. The fiery sunset blazes behind them in the ultimate drone selfie. Though Wang considers photography just a hobby, his skill is clear and we are lucky to be included in his adventures thanks to his willingness to share. By doing so, he hopes that it will allow others to reflect. “I hope people can take a pause and enjoy the moment, but more importantly, feel the moment,” he says. “Feel how awestruck it is to be present at something so beautiful.” 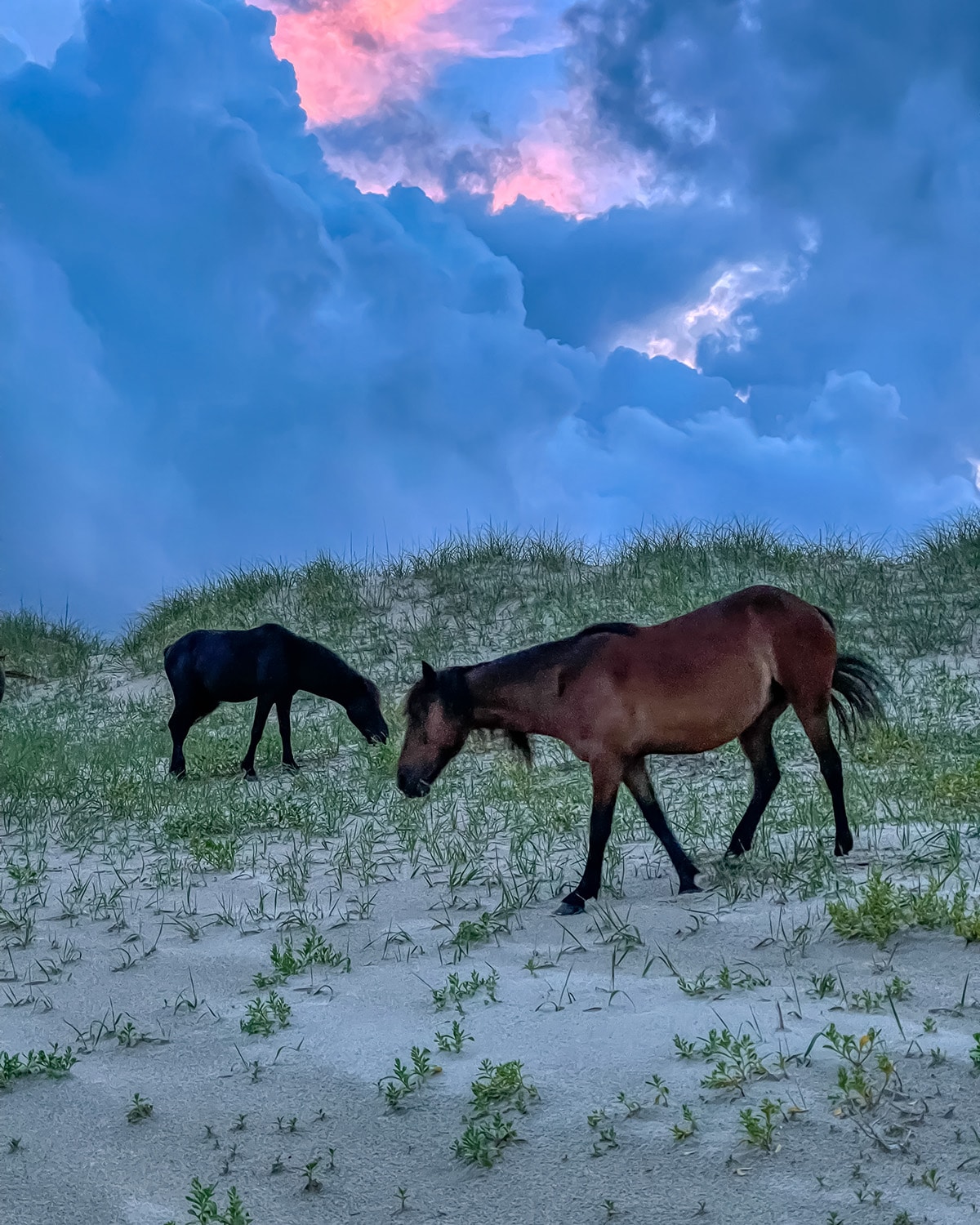 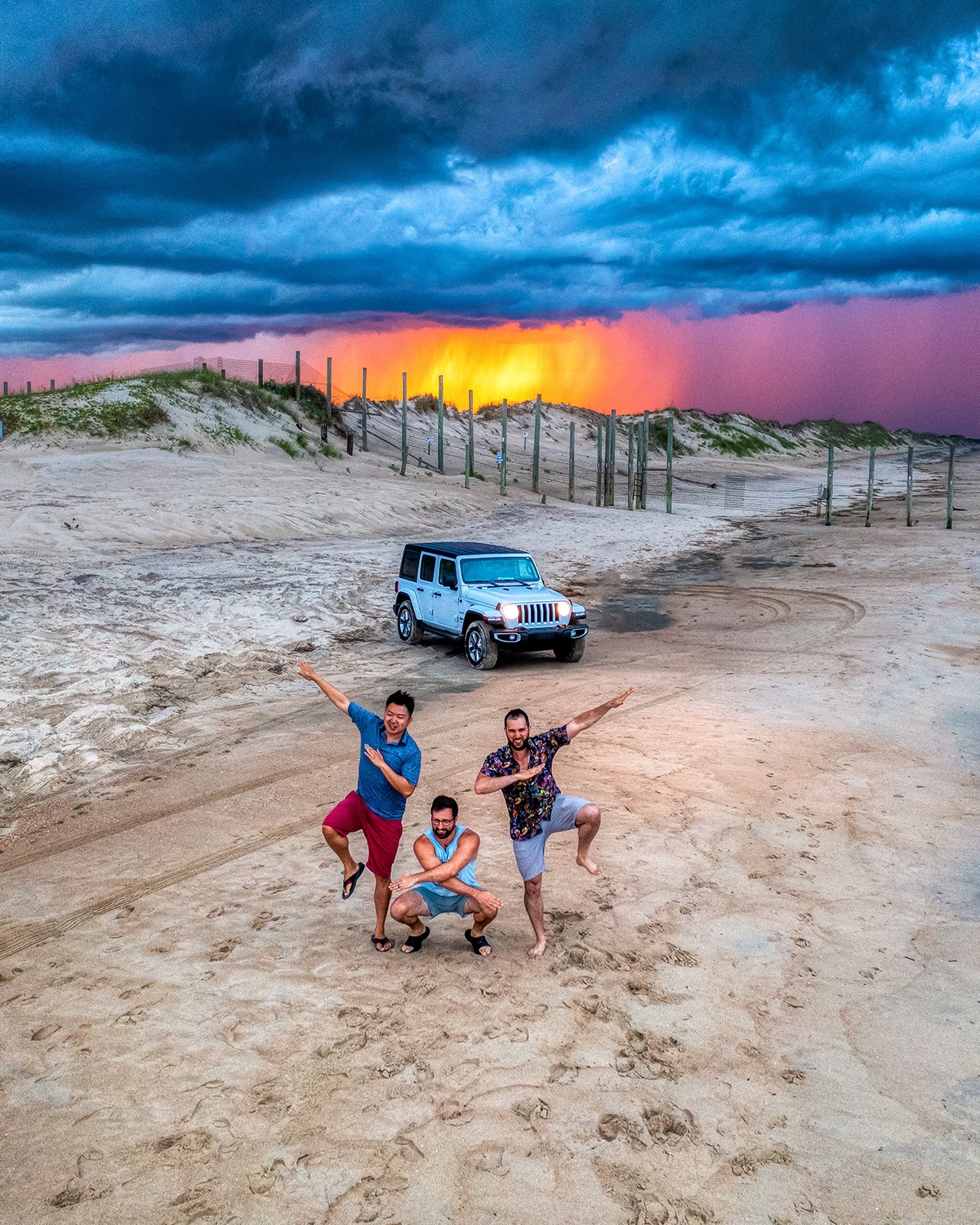