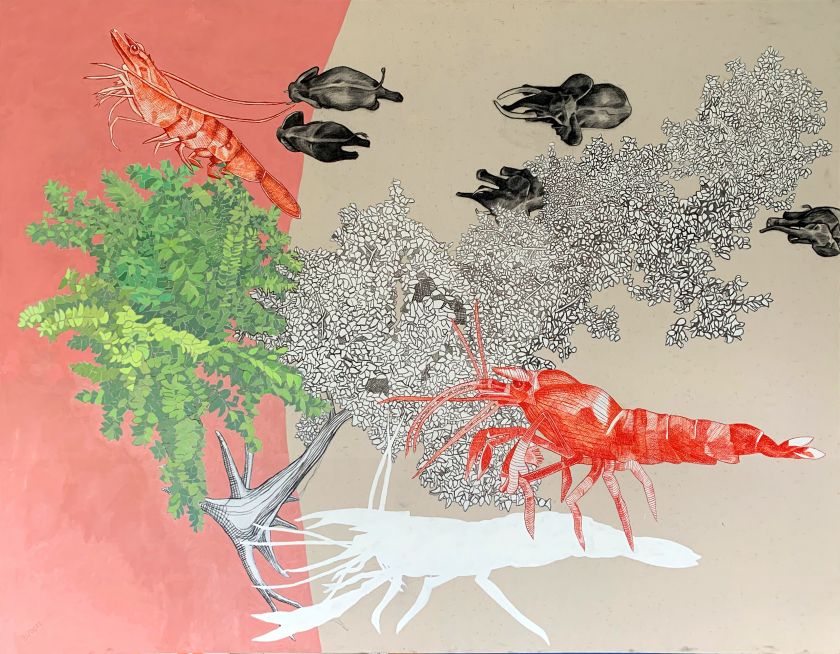 Nathan Budoff (American, b. 1962) Even the Smallest Among Us , 2021 Charcoal, shellac-based ink, acrylic and oil on canvas Lent by artist © Nathan Budof

An upcoming exhibition at the Rollins Museum of Art in Orlando brings together the work of artists Nathan Budoff and Frances Gallardo to examine the natural phenomenon on the island and its current social and economic status. It also contains a piece of collaborative art the pair made long-distance during 2020.

Running from 18 September to 31 December 2021, pairs two artists with deep ties to Puerto Rico to create a dialogue of styles and approaches. Cut paper artist Frances Gallardo, who was originally born on the island, takes the spotlight alongside resident and University of Puerto graduate Nathan Budoff, who specialises in highly detailed illustrations of animals and foliage. 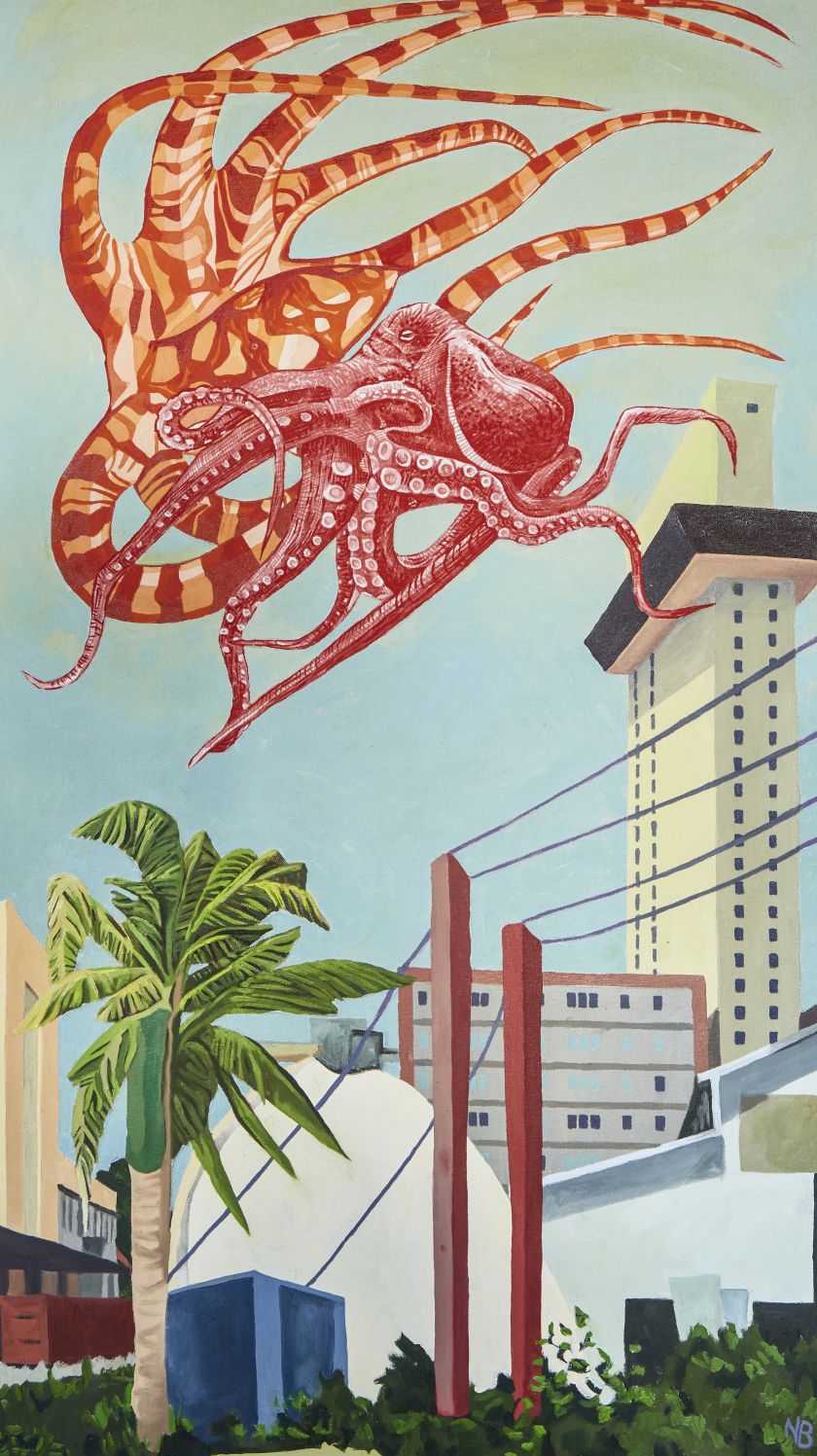 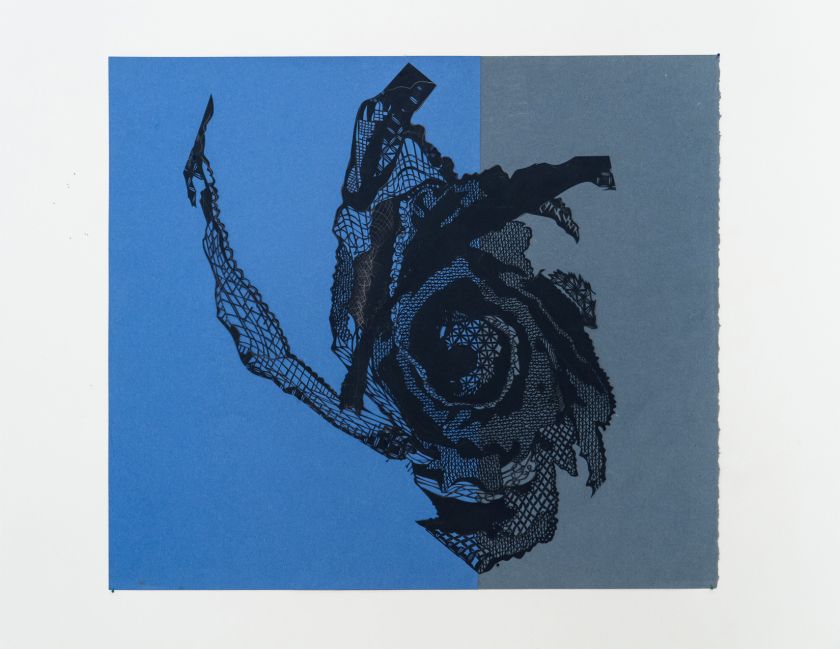 Having known and admired each other’s work for years, the two were excited to collaborate for the exhibition. “We have shared interests in natural phenomena, although we approach them from different points of view,” Nathan tells Creative Boom.

Frances, who was first approached by curator Gisela Carbonell in 2018, adds: “Even though I have known and admired Budoff’s work since I was a student at the University of Puerto Rico, there were numerous connections I had not seen as clearly until Carbonell shared her vision. I appreciated actively engaging in what became a collaborative and involved process, and I’m looking forward to continuing this initial dialogue with the wider public.”

The two might seem like a strange match on paper, but their differences only serve to create a more rounded, contemporary picture of Puerto Rico. Nathan goes on to explain that the collision of approaches “will also allow both bodies of work to be slightly recontextualized, to be viewed from a slightly different angle thanks to this dialogue.” 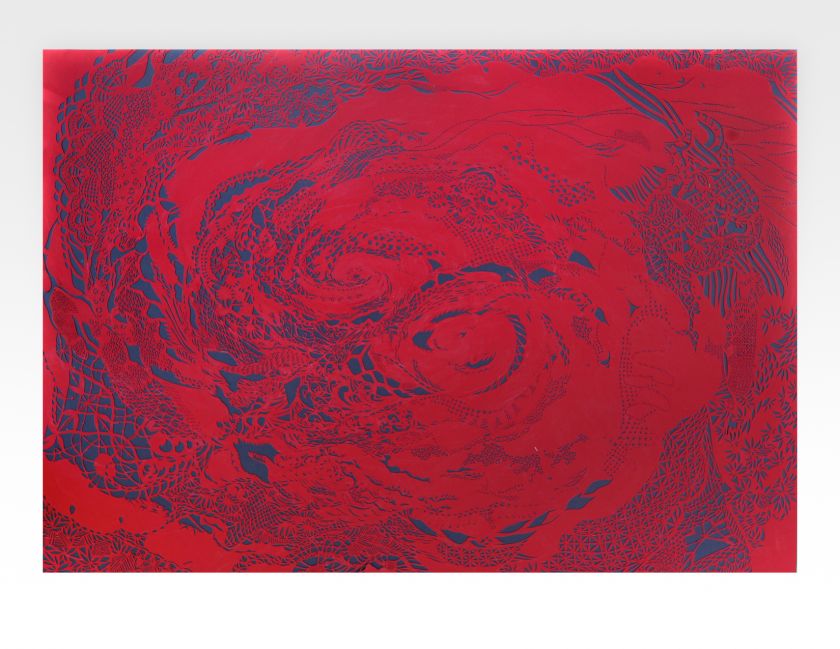 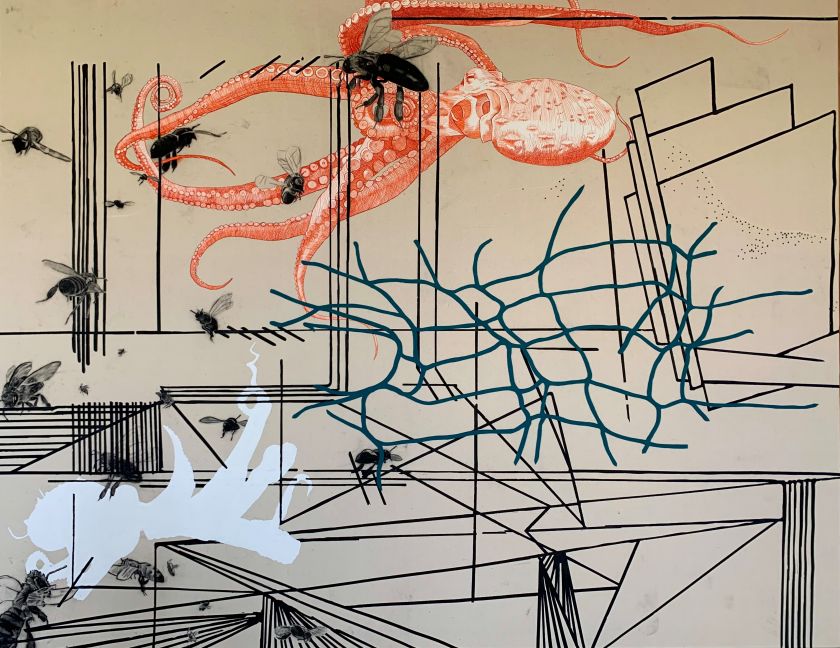 This recontextualisation is timely. Having been struck by Hurricane María in 2017, many residents went through a period of recalibration as they assessed their connection to the environment and the political structures that are supposed to support them. With this in mind, the artists depict Puerto Rico with a fresh-eyed clarity and appreciation.

“I hope the work will provoke curiosity and wonder in the audience; a sense that the participants in these images are characters and individuals,” says Nathan. “And yet, at the same time, there is a deliberate ambiguity built into the work: they present impractical if not impossible encounters, which leaves an interpretative space that can be read in different ways.” Frances agrees: ” I hope the work in the exhibition reverberates and creates instances of wonder outside the galleries.”

The crown jewel of the exhibition is a piece of art the pair collaborated on remotely during 2020. “Instead of sharing the workspace where a stretched canvas would await our contributions and labour, the work flew back and forth between Ithaca and San Juan several times, much like an oversized letter,” Frances explains. 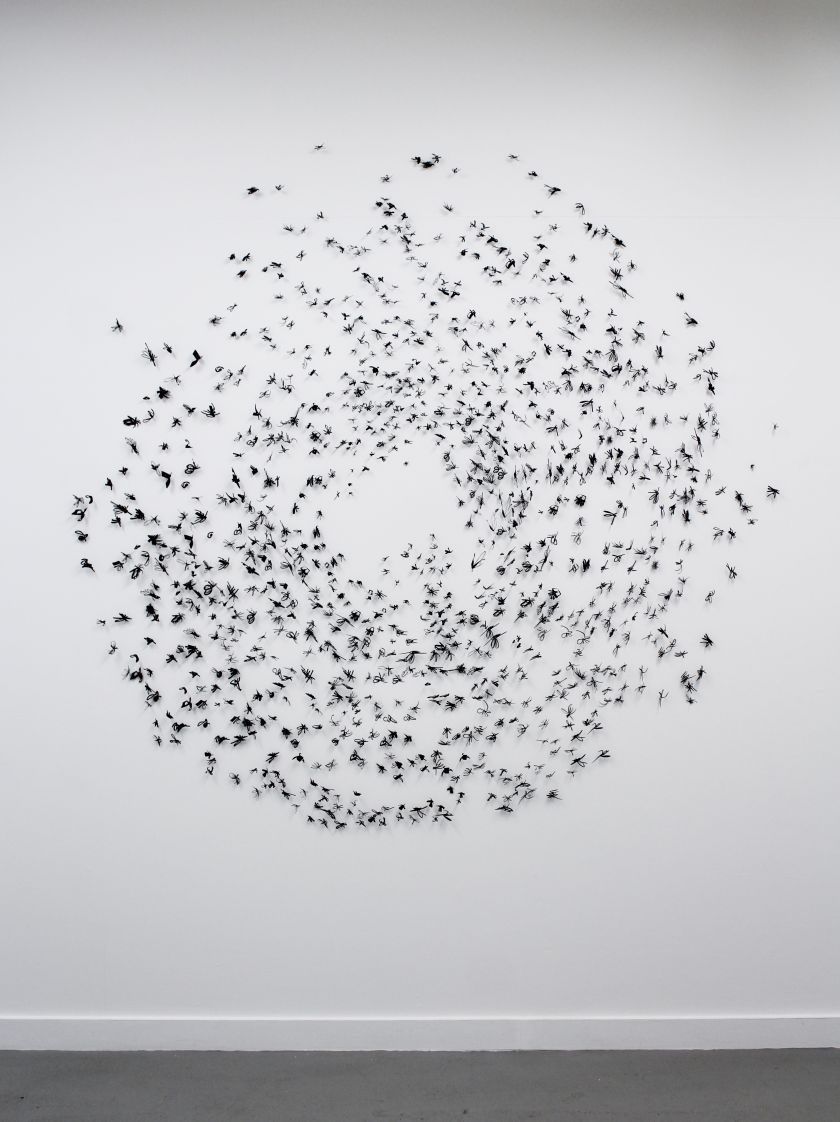 “It was particularly fun, and effective, in my opinion, due to the extended conversations and consultations that the process engendered,” says Nathan. “Each of us would develop an idea, a possible intervention, and then before marking the canvas, we would discuss the idea.

“Collaborations don’t often result in a richer, more powerful piece of art, as visual artists are extremely individualistic, but this process benefited immensely from our honesty and openness, and mutual respect,” he adds. And with the collaboration sparking an ongoing dialogue between the two and their respective projects, this might not be the last time we see them influencing each other’s work.