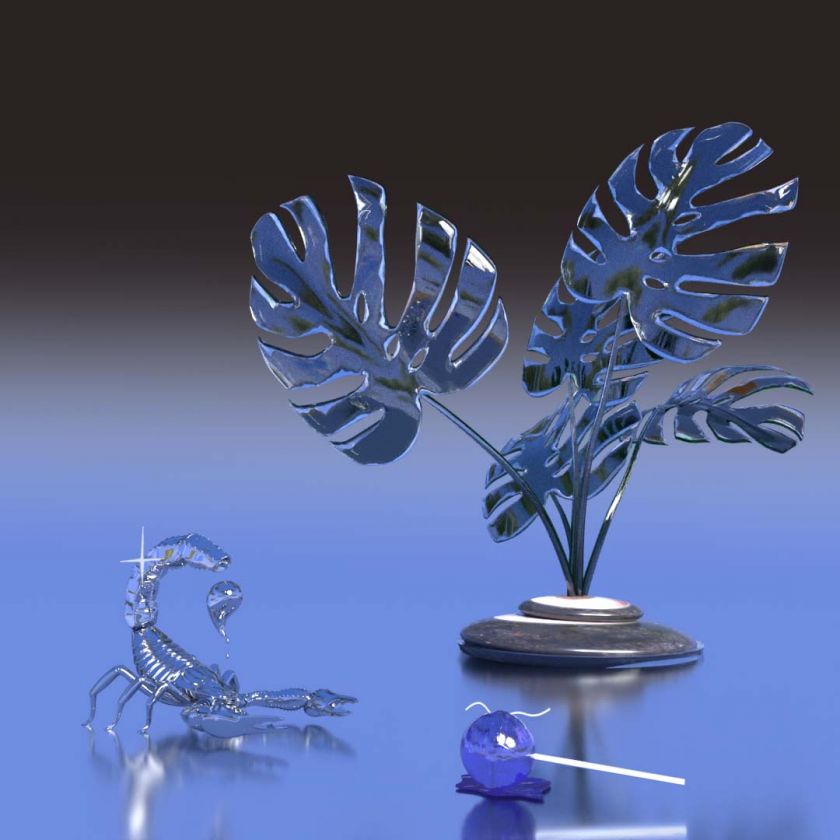 From a rose to a scorpion, you might first believe that these are real-life scenes you’re looking at. In fact, they’re completely fake and made from a bunch of 3D programs.

Lockdown taught cut many things. For , it was the techniques behind making 3D artworks. “With more time on my hands than ever before,” she tells us, “I longed to envision myself someplace other than the same four walls every day.” The 3D world has the incredible ability to transcend us to near and distant places, sometimes those which are completely imagined and far from reality. When Hanna first toyed with the medium, these scenes started as everyday replicas – things like pools or holiday villas – where she’d imagine herself on vacation. The more she progressed, the more her works started to warp into weird territory as they fused vibrant, glassy colours with custom typefaces.

“I’d probably say my work consists of 3D surrealist dreamscapes that include very minimal subjects, with a theme of water and metal throughout,” she says when asked to define her aesthetic. “Using a lot of blue and purple colour hues alongside chrome or glass textures to present an array of cold, clinical and surrealist environments. I’m also using minimal objects and lighting to transport the viewer to a relatable but very unrealistic place.” 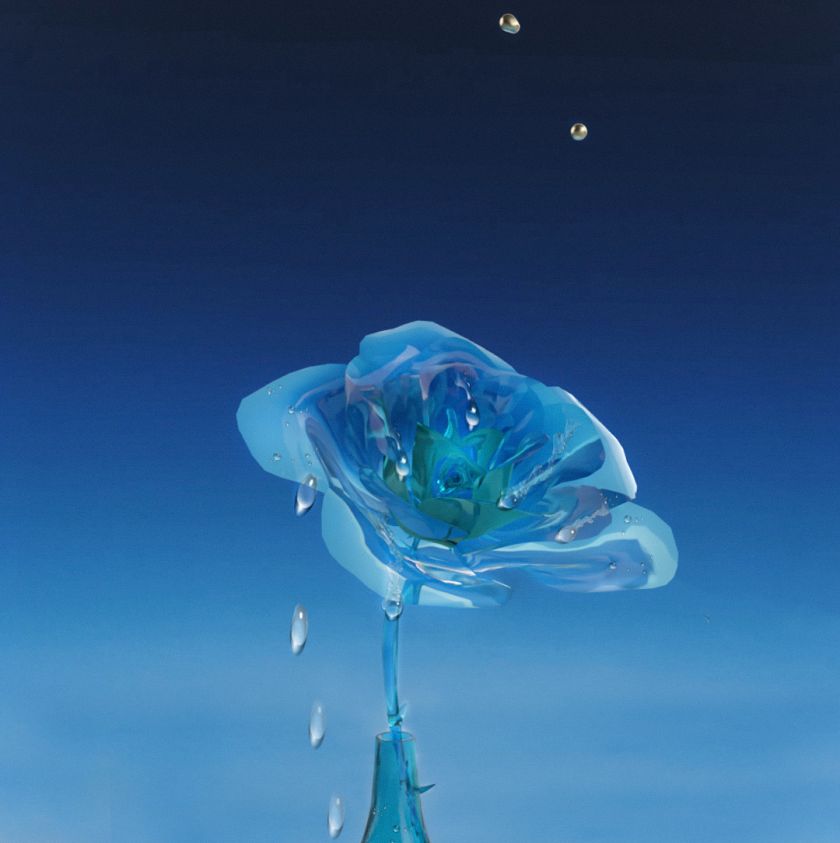 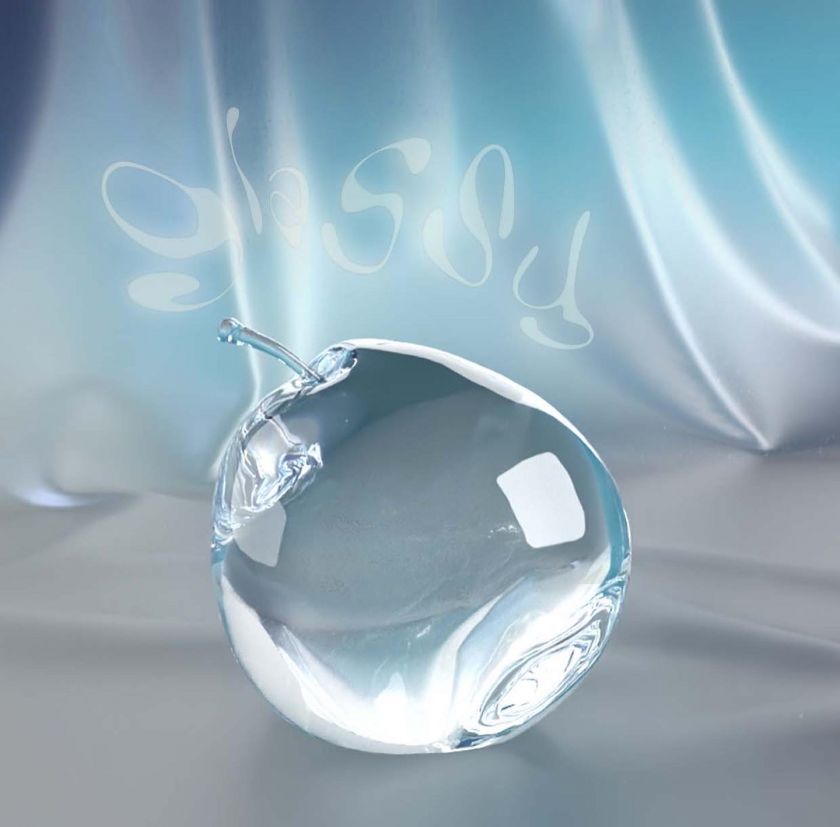 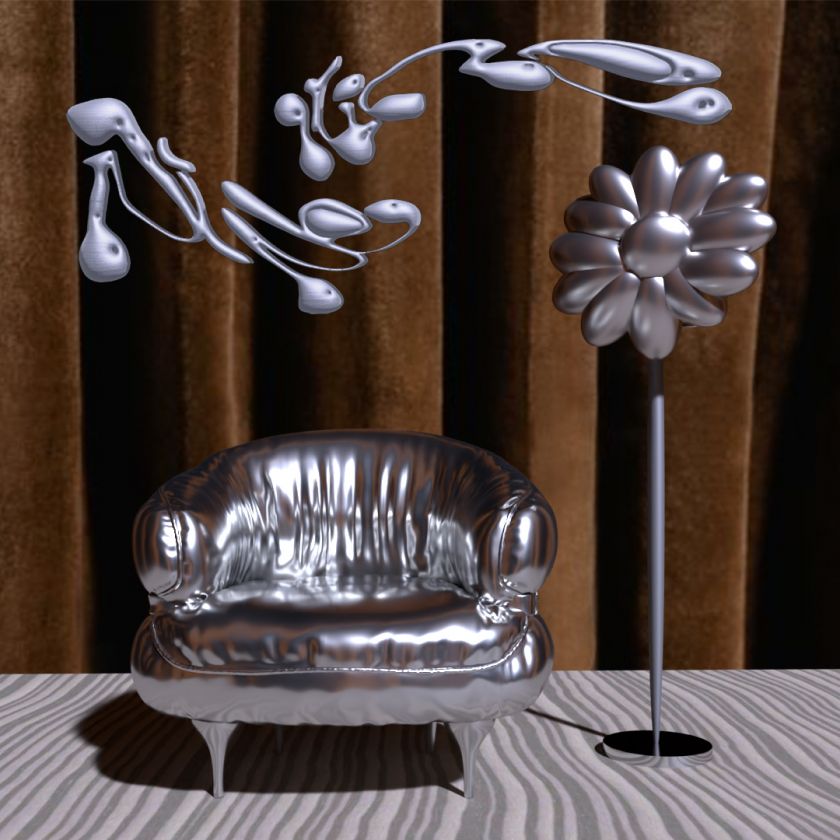 Well, we couldn’t agree more. There’s something mesmerisingly familiar about Hanna’s portfolio, from the leaf of a houseplant or rose to a scorpion or Martini glass. But then, the artist gives it a surrealist twist through her chromatic textures and colours, all of which appear to be rendered and out of reach from the everyday.

The first thing to note is that her ideas tend to formulate in the evening, late at night, rather, to which she’ll start dipping in and out of multiple 3D programs to model and morph her objects. Next, she’ll experiment with themes and colour palettes while looking through her referee bank of screenshots and textures she found during the week. The final composition is often a scene where each object “has a relationship with other” to replicate a scenario she made up.

Glass Pear is a fine example, where she’s modelled a fruit bowl in the foreground and “had it exploding with everything in chrome”. She adds: “Then I moved the camera in 3D to move the model at the back of the scene that I just moved out of the way, and decided that it was nicer compositionally than all the hours of work in front of it.” 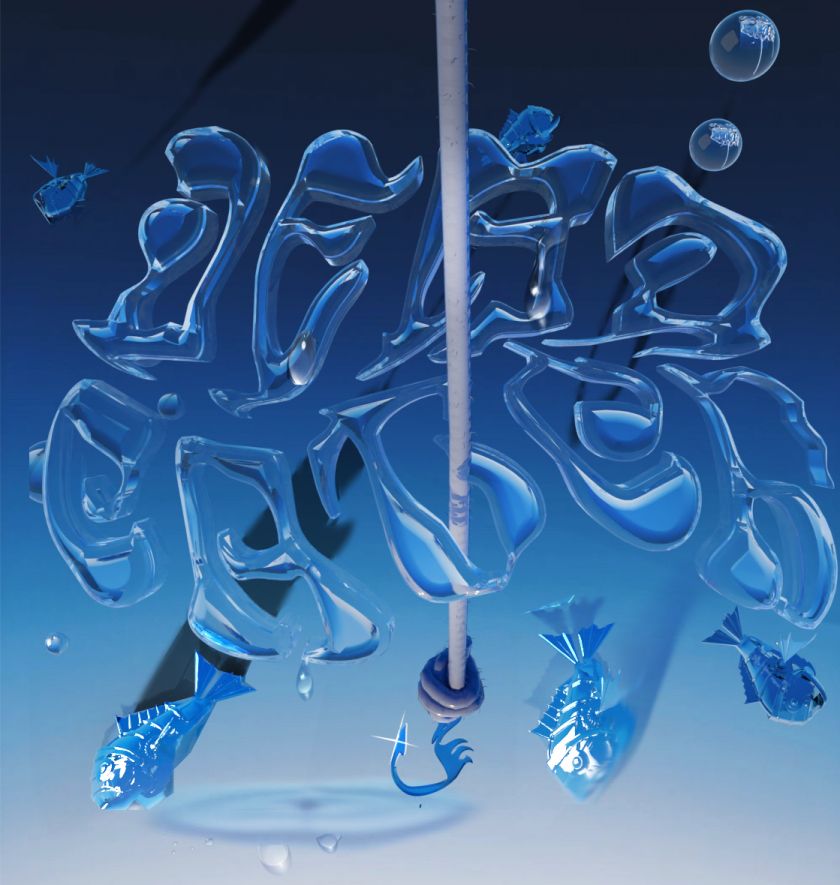 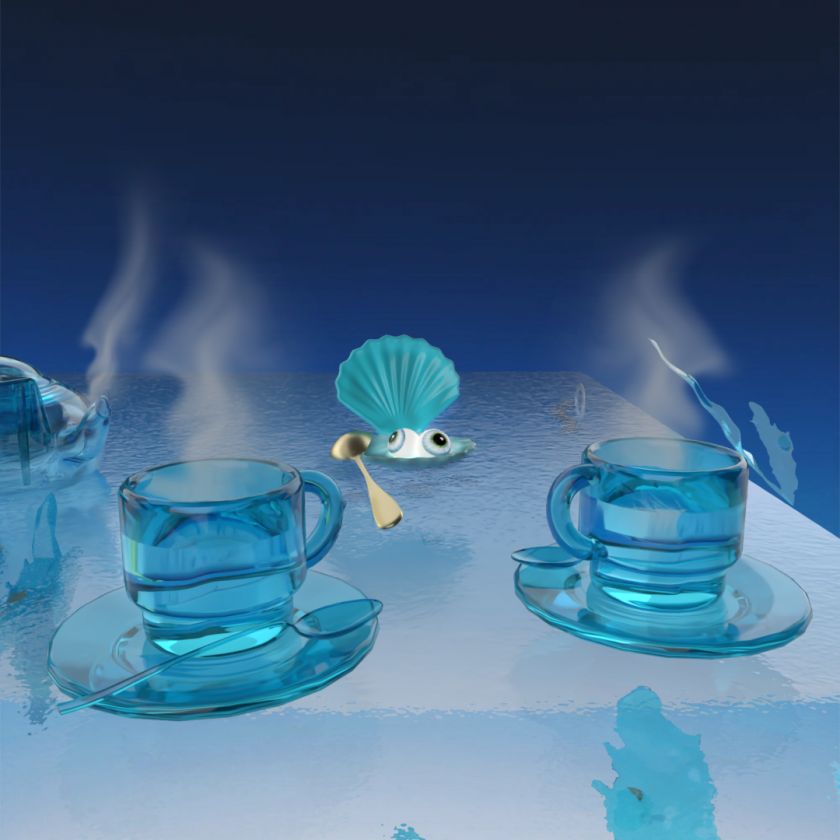 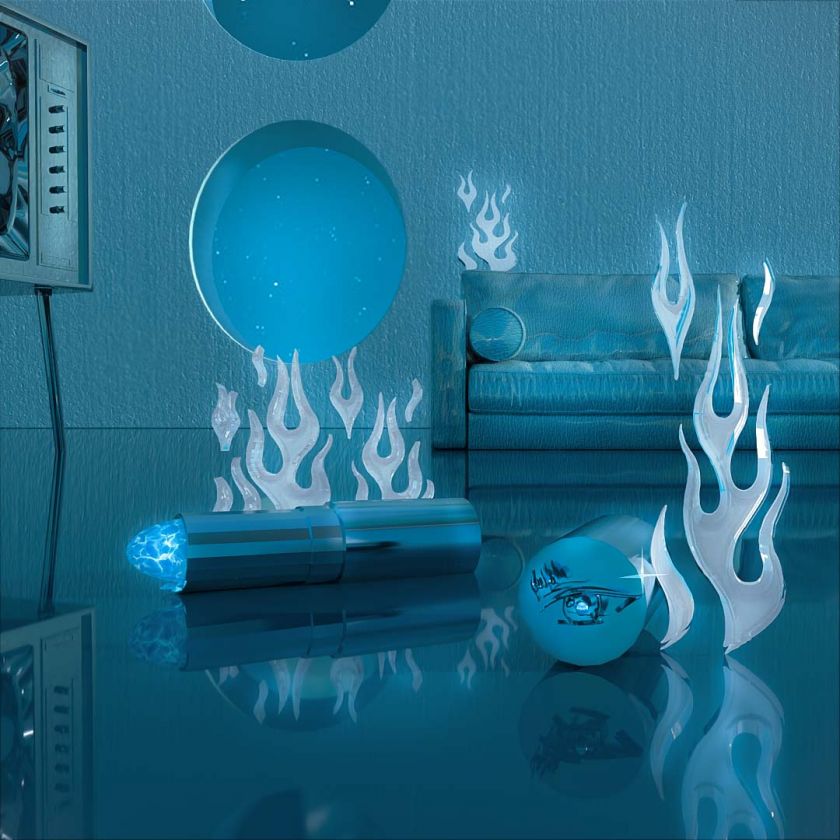 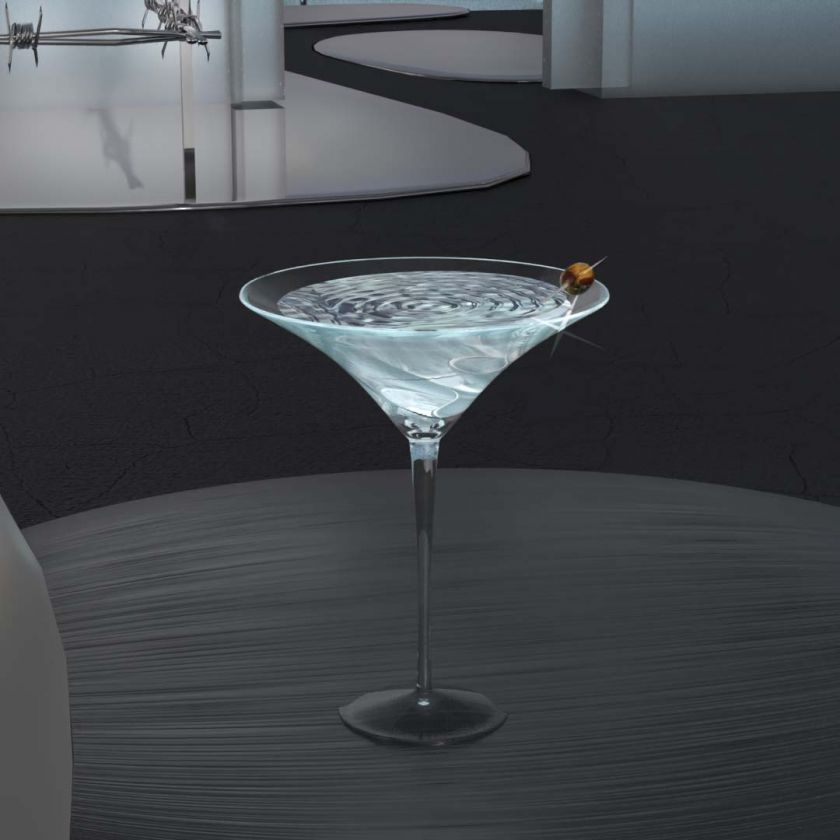 As such, she landed on a glassy tone to match the rest of the piece. Meanwhile, Space Chrome depicts a Martini drinking glass bed in a typical living room space. It’s an object that appears widely in her portfolio – there are around 10 to 15 renders in total. “I love how a Martini glass looks and presents the scene as a 1950s cocktail bar. I think it’s very aesthetically pleasing, and I love including liquid in my scenes, so cocktail glasses are ideal.”

It’s safe to say that Hanna’s digital skills are refined beyond their years, especially since it was something that she only started as a hobby during the lockdown. New to the field, she tries not to think about her audience too much. “I think first about the place I want the scene to be set, and, naturally, it all flows from there,” she says. “I’m creating scenes with the main hope that they bring people a different perspective through their surrealism – showcasing scenarios that are aesthetically nice to look at but also quite comical in their ridiculousness.”