Visit the to see all 11 images from this gallery.

The world of keeps expanding, what with all the , , and that creative director Alessandro Michele is manifesting into the world. More Gucci goodness is on the way, thanks to longtime friend of the house , and it’s all one big inside joke.

Styles and Michele are longtime pals, with the singer frequently flexing bespoke Gucci, starring in and , and even collaborating with the Italian house .

Their latest endeavor is “Gucci HA HA HA,” a collaborative collection that’s as exuberant as the name implies. And, not only is that name itself evocative of a belly laugh shared between pals (or the as Gucci’s press release purports), it’s also an acronym for the first letter from Styles and Michele’s first names. Harry and Alessandro, sitting in a tree!

“Harry has an incredible sense of fashion,” Michele said in a statement. Observing his ability to combine items of clothing in a way that is out of the ordinary compared to the required standards of taste and common sense and the homogenization of appearance, I came to understand that the styling of a look is a generator of differences and of powers, as are his reactions to the designs I have created for him, which he has always made his own; these reactions restore me with a rush of freedom every time.”

As such, Gucci HA HA HA is a lot more advanced than that merch the duo devised together. Styles’ British heritage is channeled through stylistic cues borrowed from English tailoring, like Prince of Wales check-patterned overcoats.

This ain’t no Saville Row collection, though: the peak lapels are massive, briefcases are leopard-printed, pajamas and suits alike are splashed with fluffy sheep, frogs, and hearts (clear inspiration from aesthetic).

“The idea of working together came to me one day while we were talking on the phone,” continued Michele.

“I proposed creating a “dream wardrobe” with him, starting from those small oddities that come together in childlike visions. We ended up with a mix of aesthetics from 1970s pop and bohemian to the revision of the image of the gentleman in an overturned memory of men’s tailoring.”

Ultra-romantic menswear and accessories that know no gender: would you expect anything less? 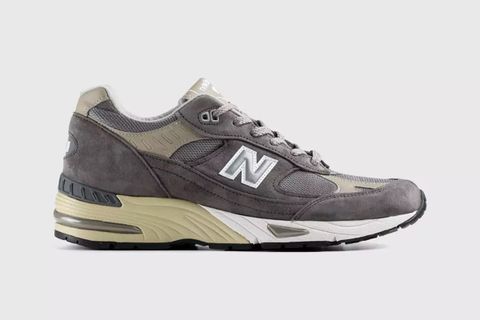