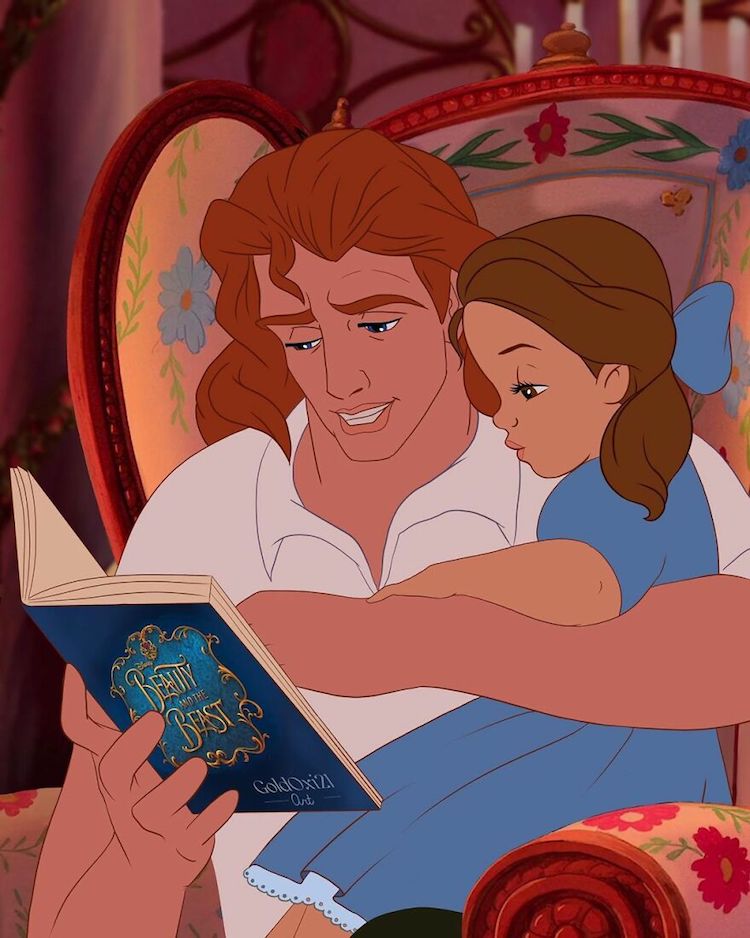 Prince Adam from “Beauty and the Beast”

Have you ever wondered what happens after happily ever afters? That’s the question that artist tries to answer in her Disney fanart illustrations. After imagining the , and then as , her newest series captures the special bond between a father and his child.

From Beauty and the Beast‘s Prince Adam reading to his young daughter to Aladdin taking his son on a magic carpet ride, Pashchenko finds inspiration from the most beloved animated films. She takes care to render both the princes and their imagined children in the iconic Disney style so that these illustrations feel like a continuation of their respective stories. Even the activities that the characters participate in reflect their movie, such as Sleeping Beauty‘s Prince Phillip taking a restful nap with his baby, and Prince Li Shang teaching his son martial arts.

Visualizing these charming families comes naturally to Pashchenko, who is a mother herself. “My children inspire me,” she tells My Modern Met. “I like to draw the theme of family, love, motherhood, and so on, because now I am going through these stages in my life.” She imbues all of her art with her experiences, which adds to their playfulness and realism.

Scroll down to see the rest of the illustrations from this series, and follow Pashchenko on to keep up to date with her latest Disney fan art. 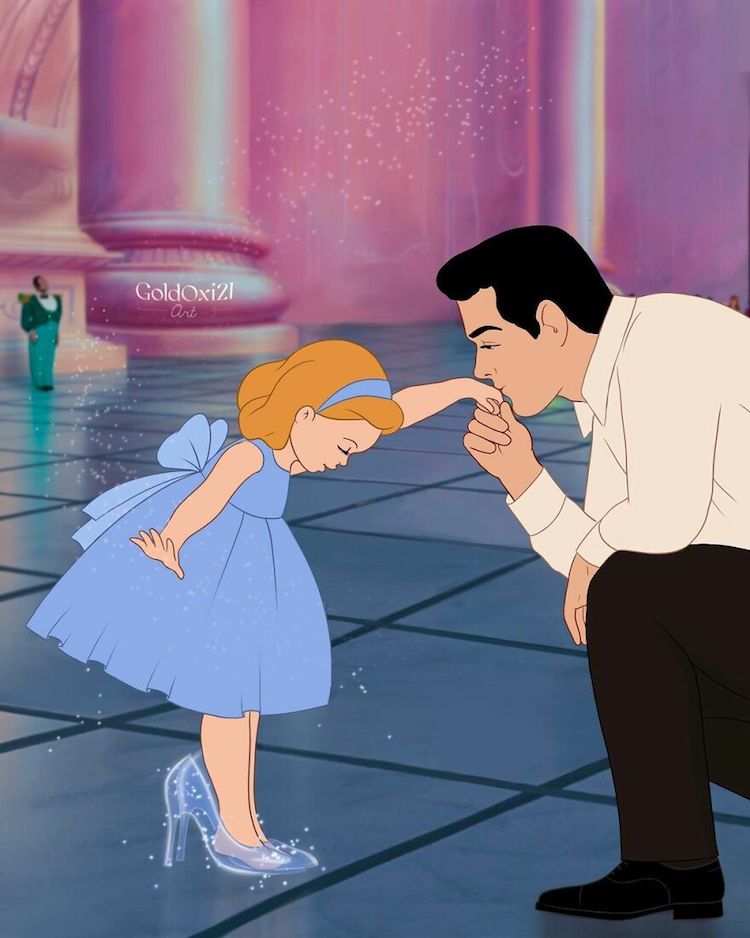 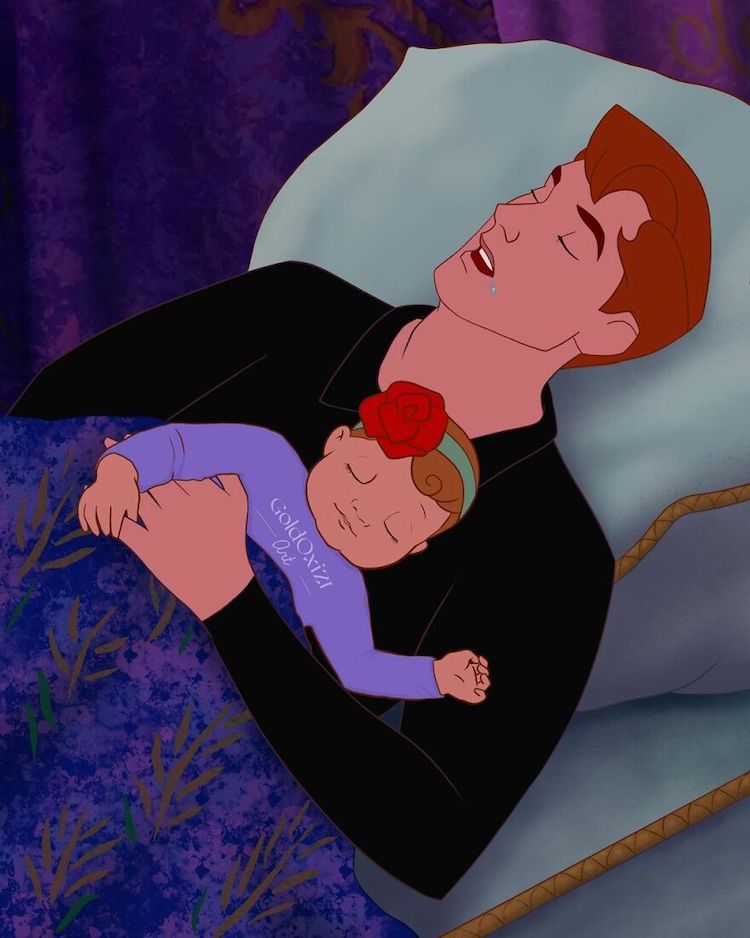 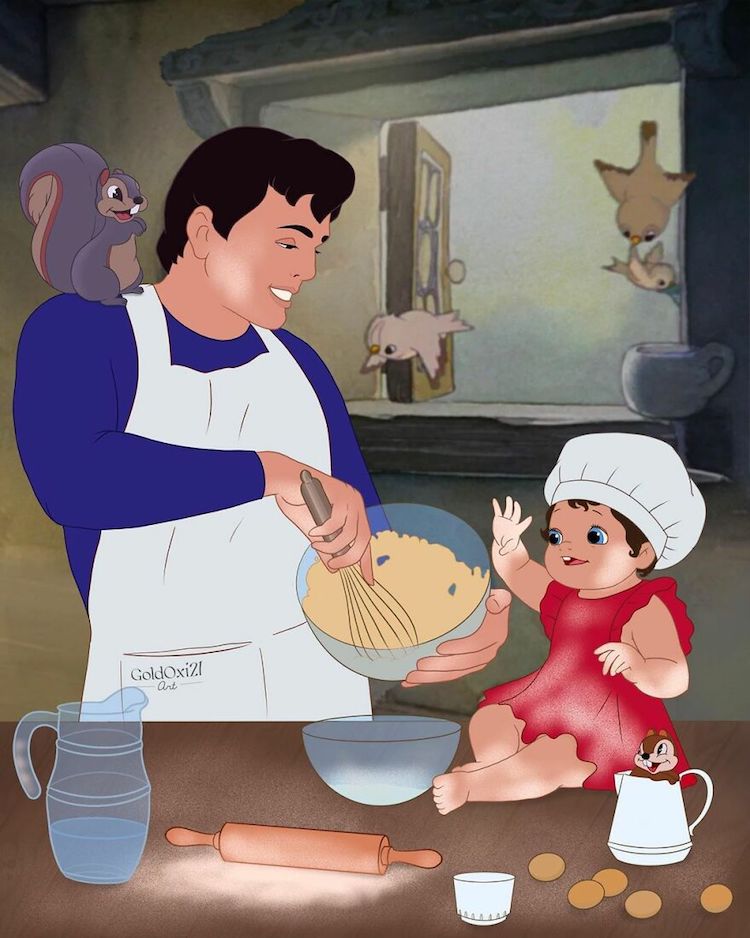 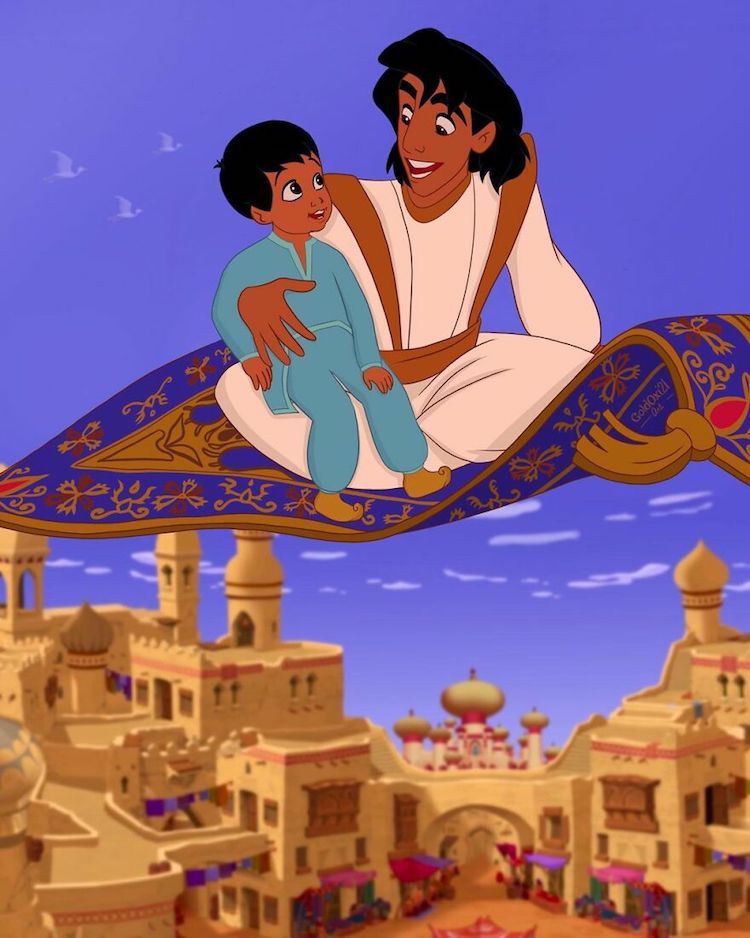 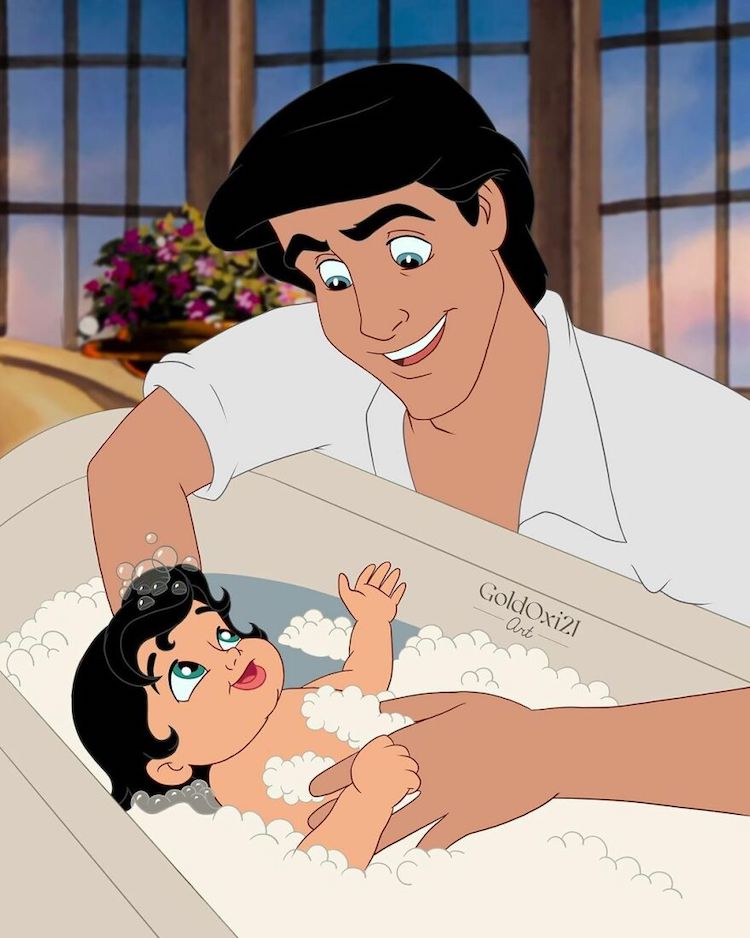 Prince Eric from “The Little Mermaid” 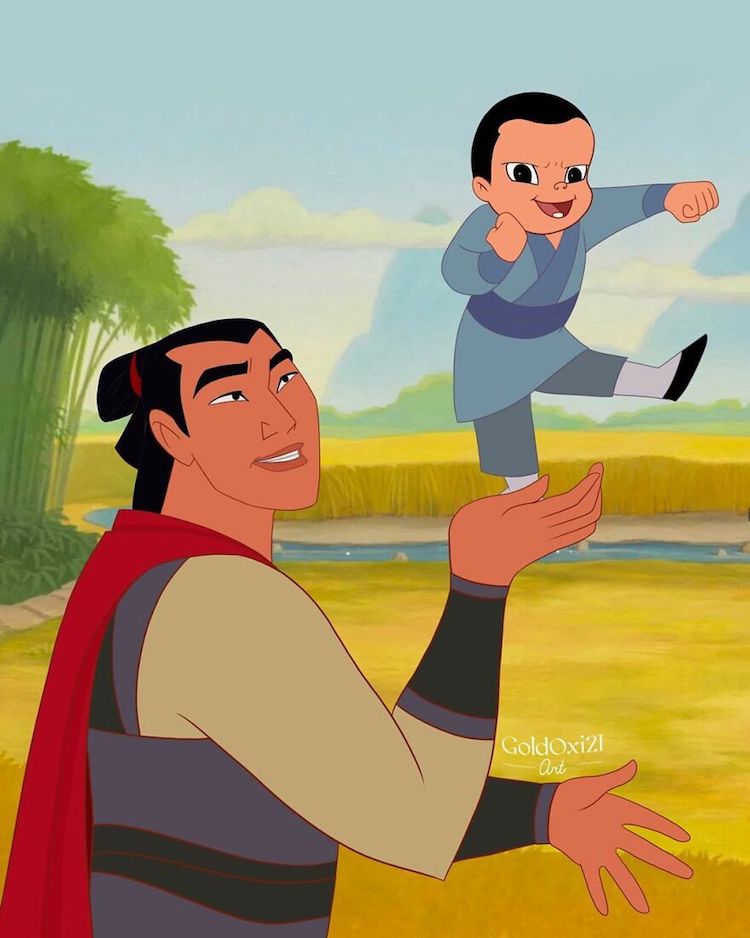 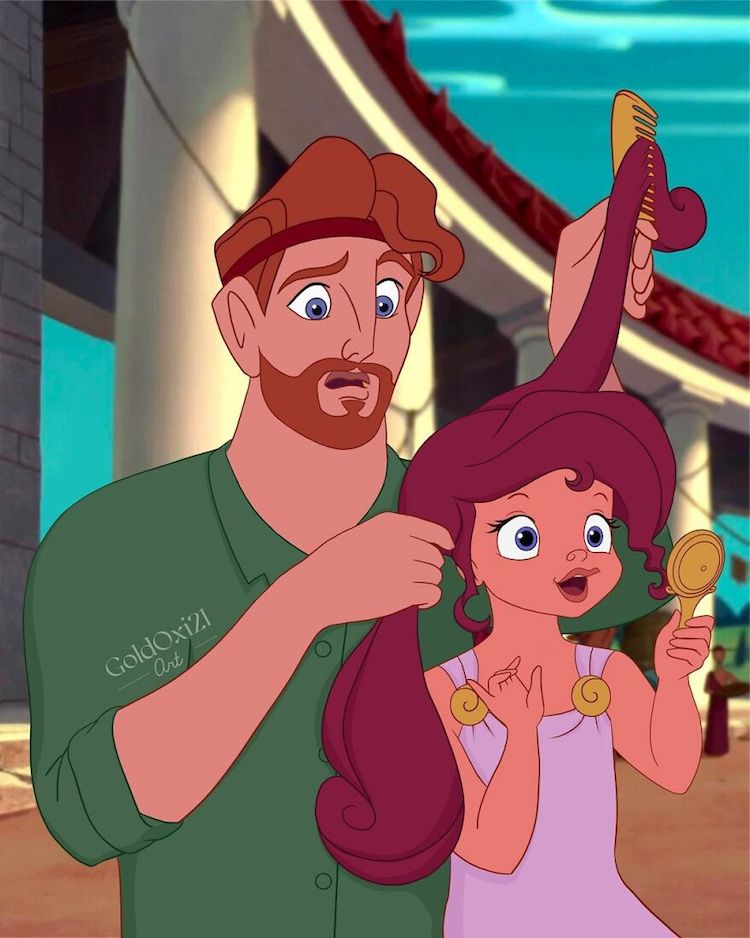